Extreme weather batters away at my wrongly-installed sliding screen doors, an ambience most appropriate for making a game about fighting space storms I feel.
With the weather taking a turn towards the garbage and quarantine further emphasizing that fact, there’s been a lot of time for me in the past month to really get a lot of content done.

On that note, I’m happy to announce that we edge quite close to the release of the next demo version (and you’ll soon see why)! There’ll be lots of new content in this one, mainly the opening cutscene, tons of fixes, optimizations, etc etc. It’ll be a big update for sure, and I hope to have it out fairly soon, ideally this month or the next.

With that in mind, let’s show off all the things that have been workulated into existence these past few weeks!

As always this is just a paraphrasing of the full Kickstarter update, which you can read here.

Space eggs, space skeletons, space starfactories, redone giant spaceships whose power cores serve as the sun for an entire star system! I’ll keep this spoiler free but take a look at the various content that’s been committed into existence these past few weeks. 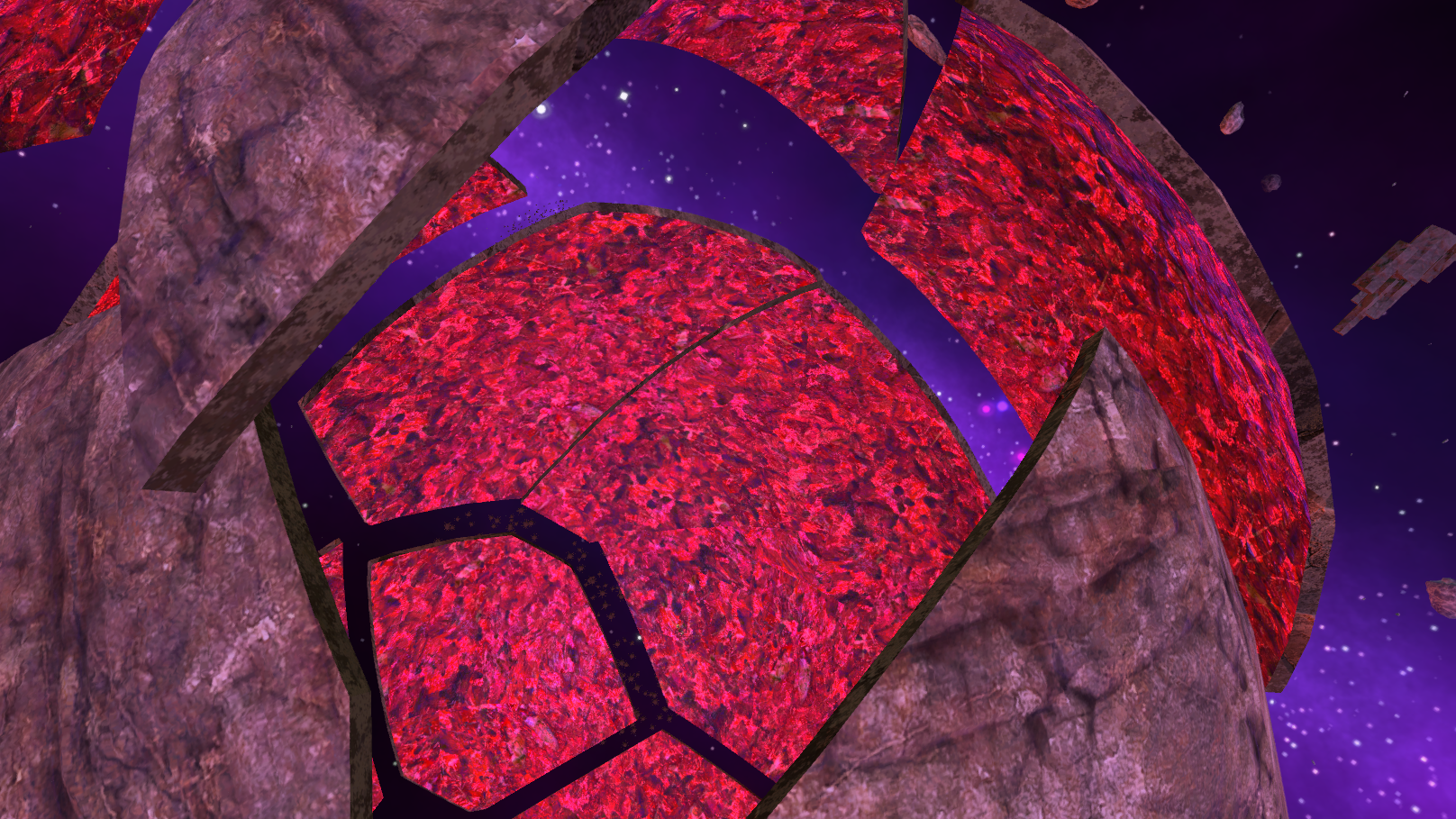 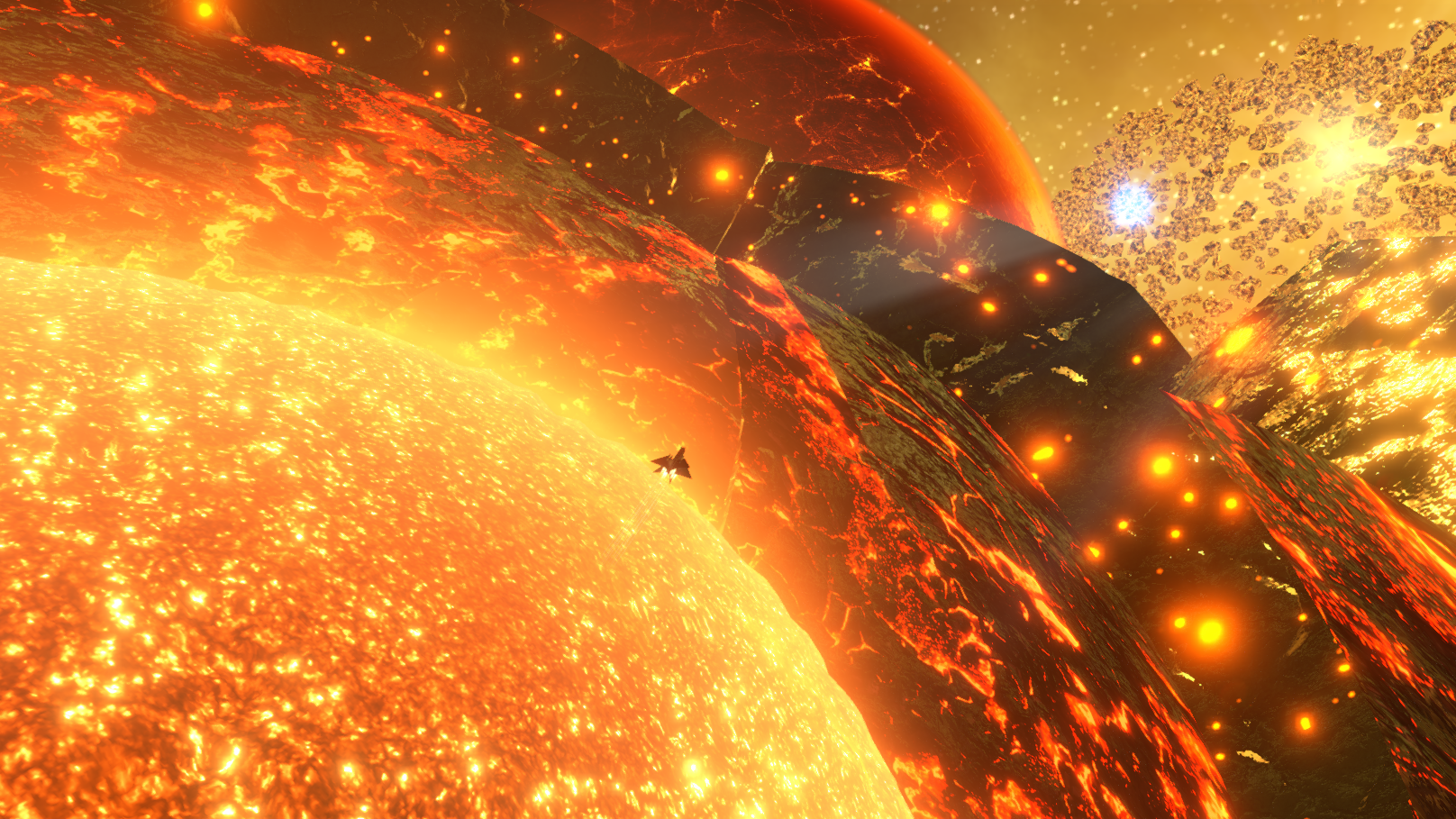 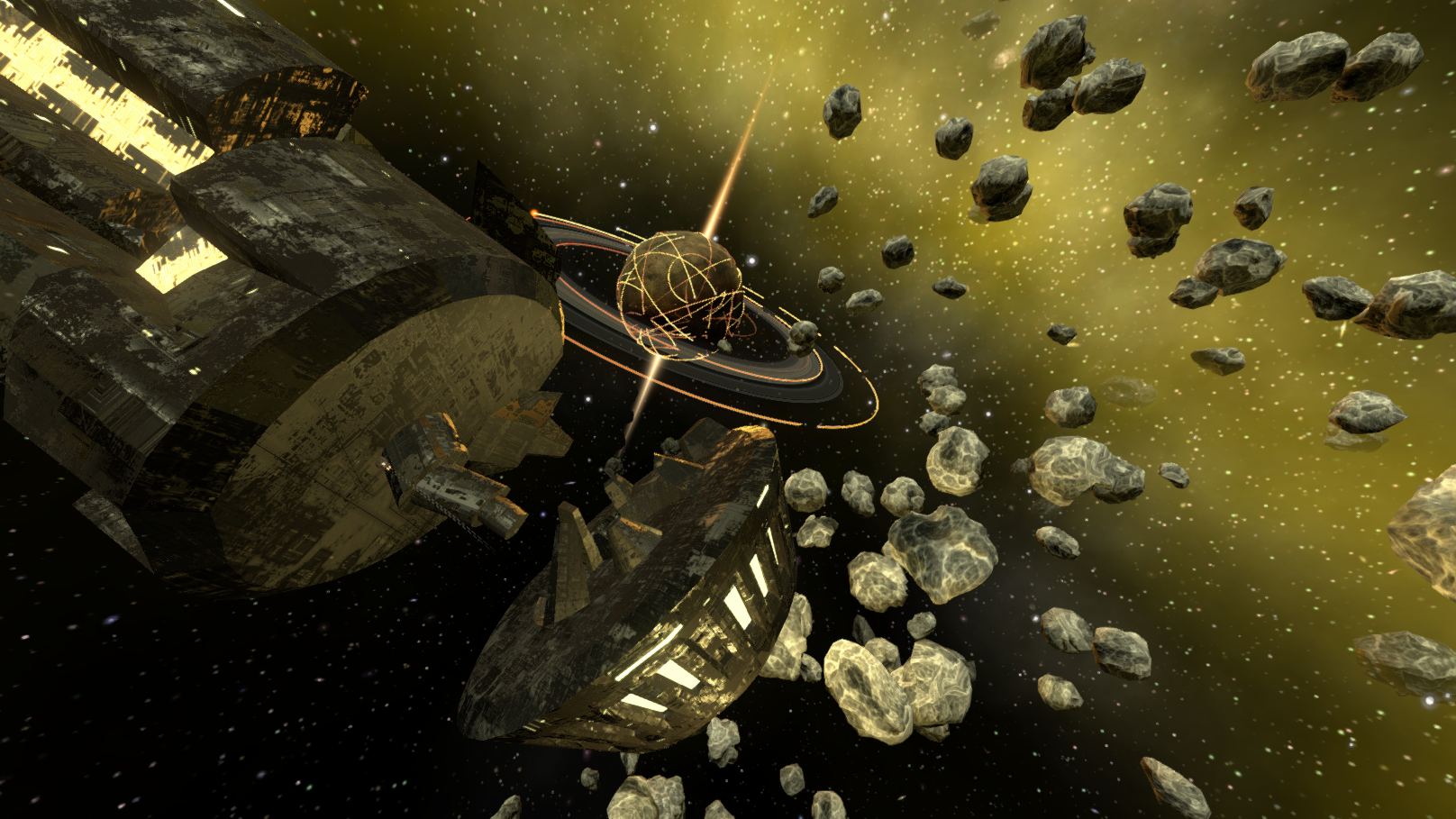 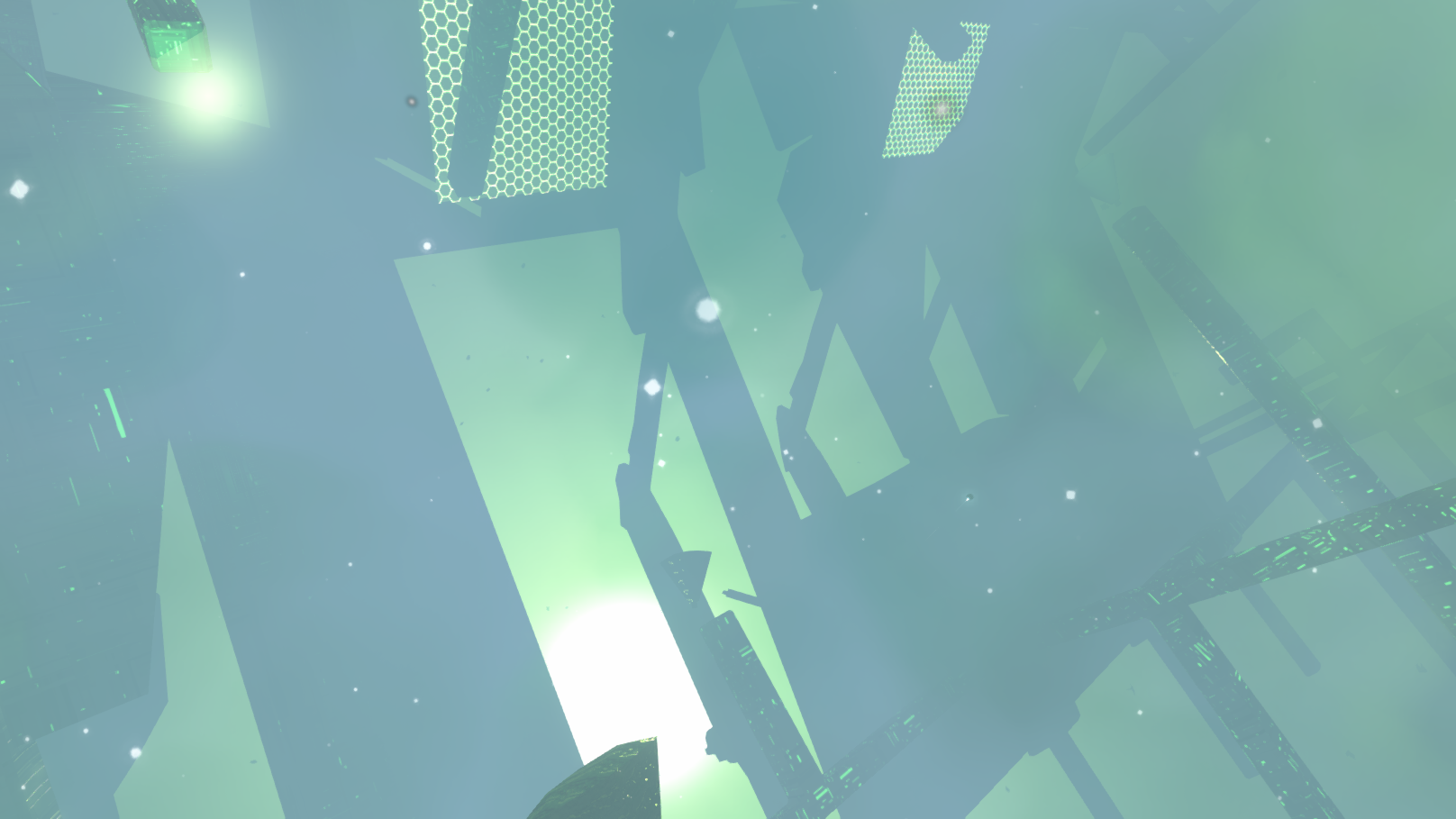 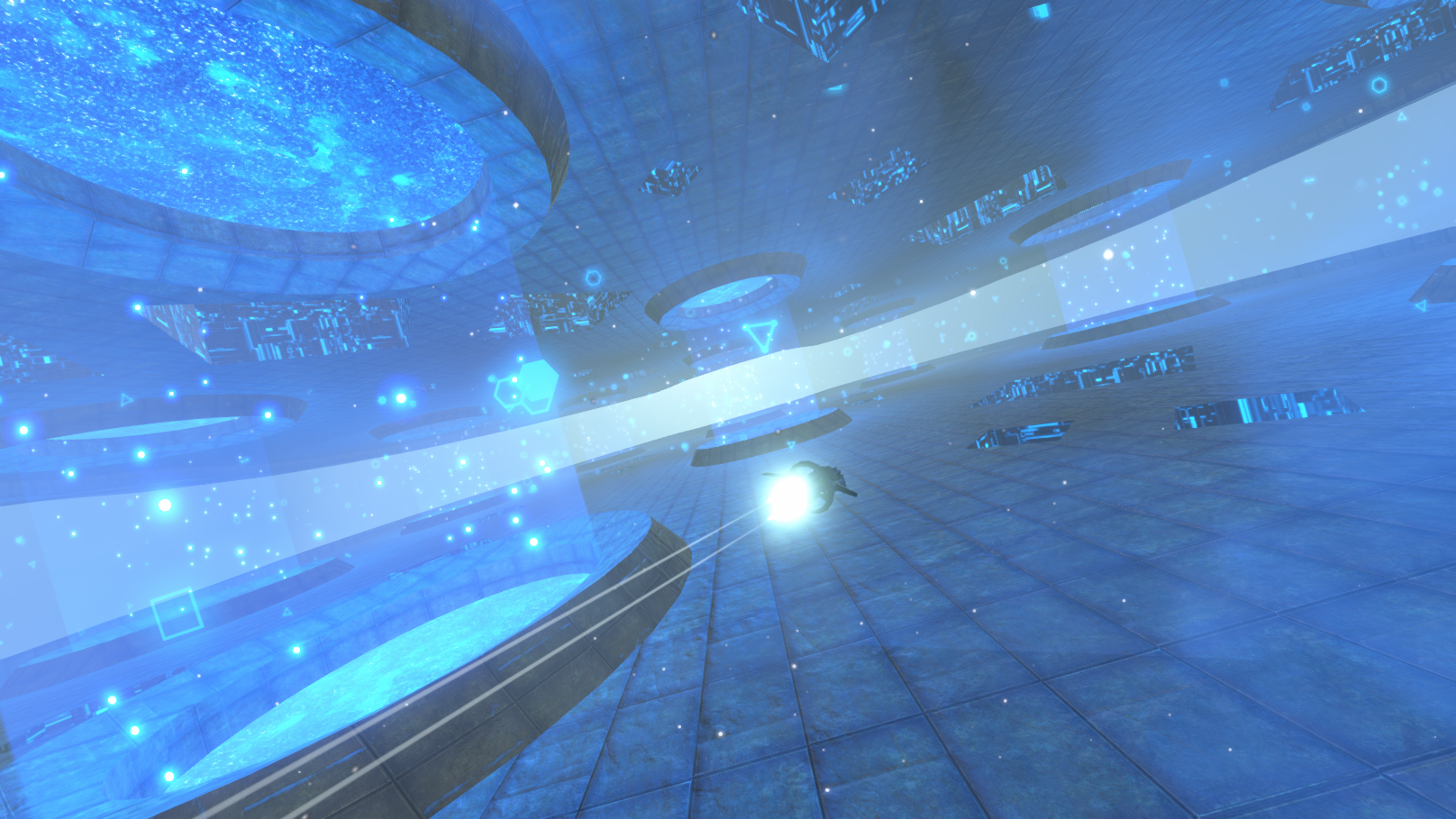 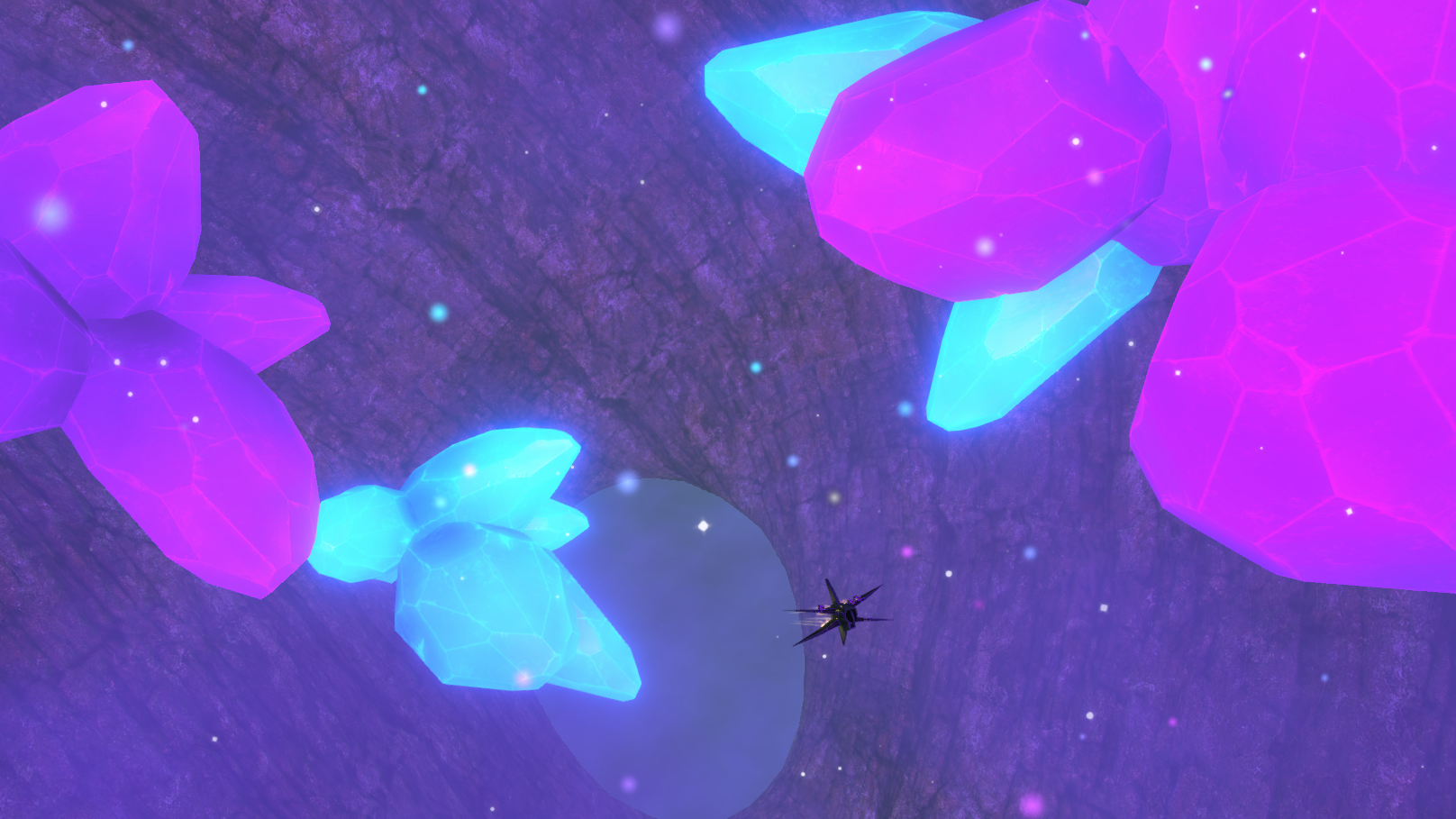 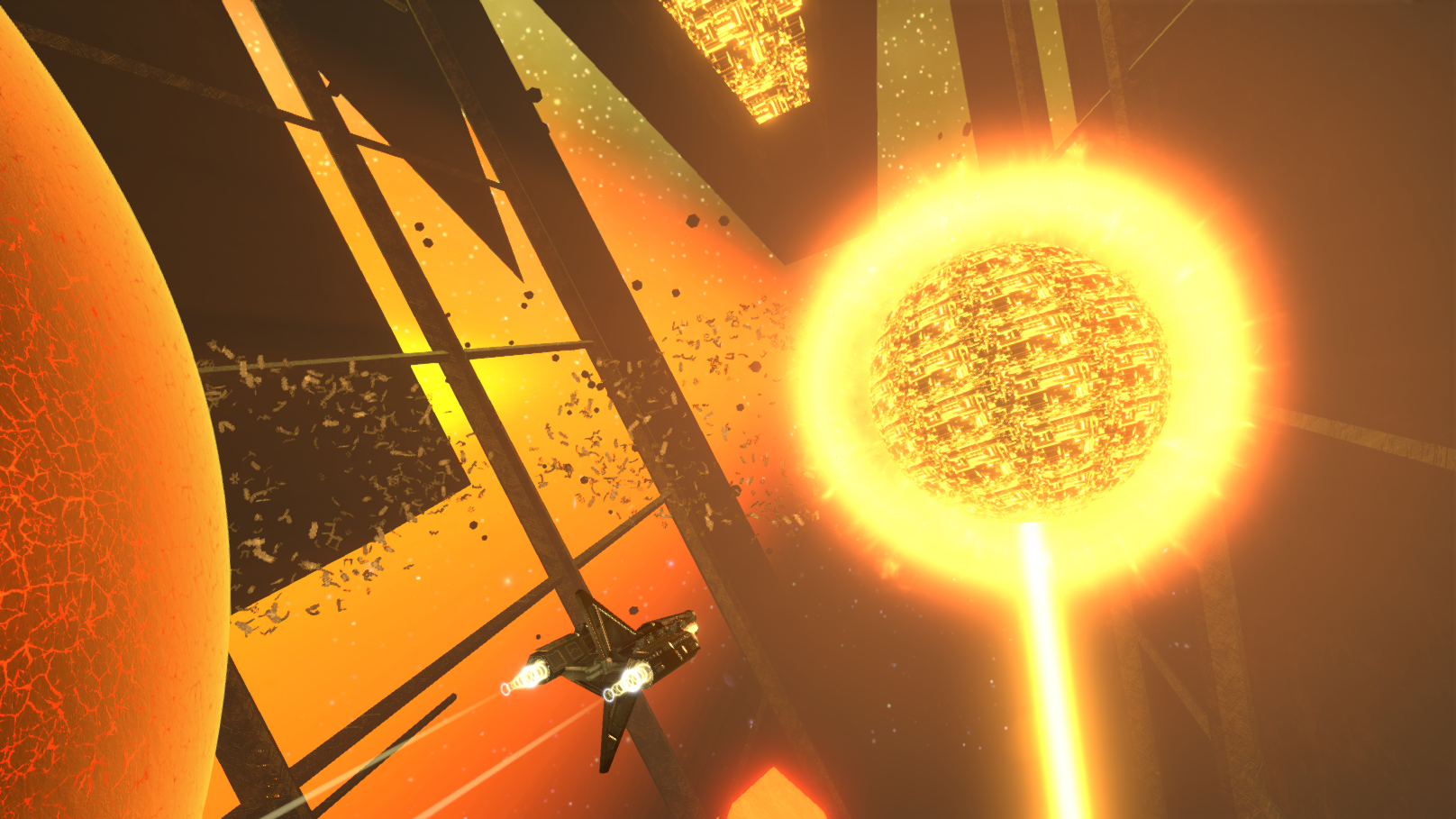 As promised, we’ve gotten off to a great start on the campaign. There’s been a LOT of background tech to make this all work, but we’ve gotten that all up and running. Take a first look at the rough draft for the opening cutscene. Sound, lighting, movement, and Todd Howard are all obviously not final.

After that action packed opening, you’ll be treated to something even more exciting: an elevator ride and talking with your lawyer about legal issues!

It’s not just talking and cutscenes, we’ve also been working on the unique enemies of the campaign, and the encounters for such.

Outside of the campaign a lot of work went into audio and dialogue stuff. NPC conversation variation was greatly expanded; stations informing you if the docking queue is full, ships talking about activating lanelines, mission control telling you of your objective over comms. That sort of thing. 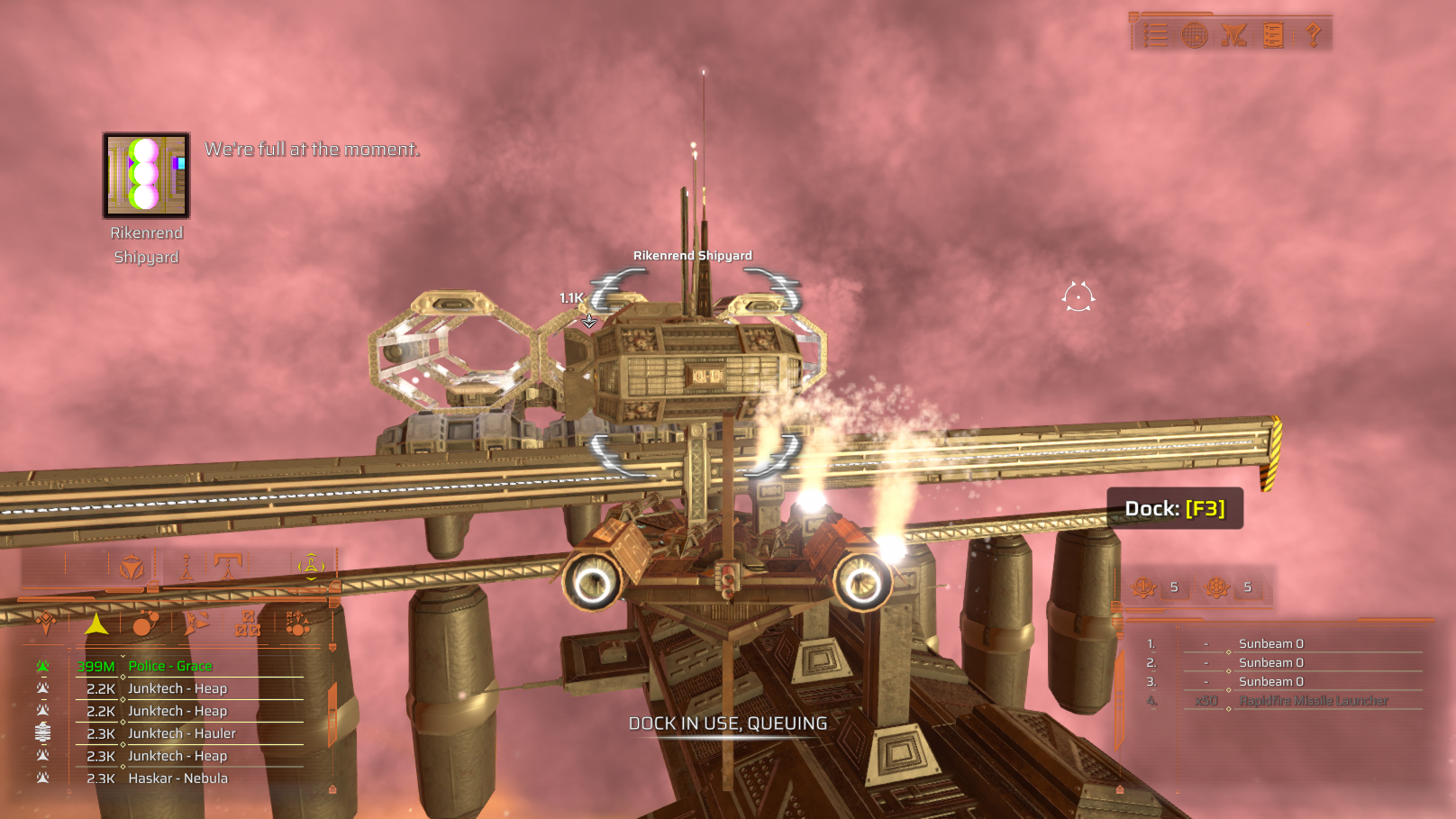 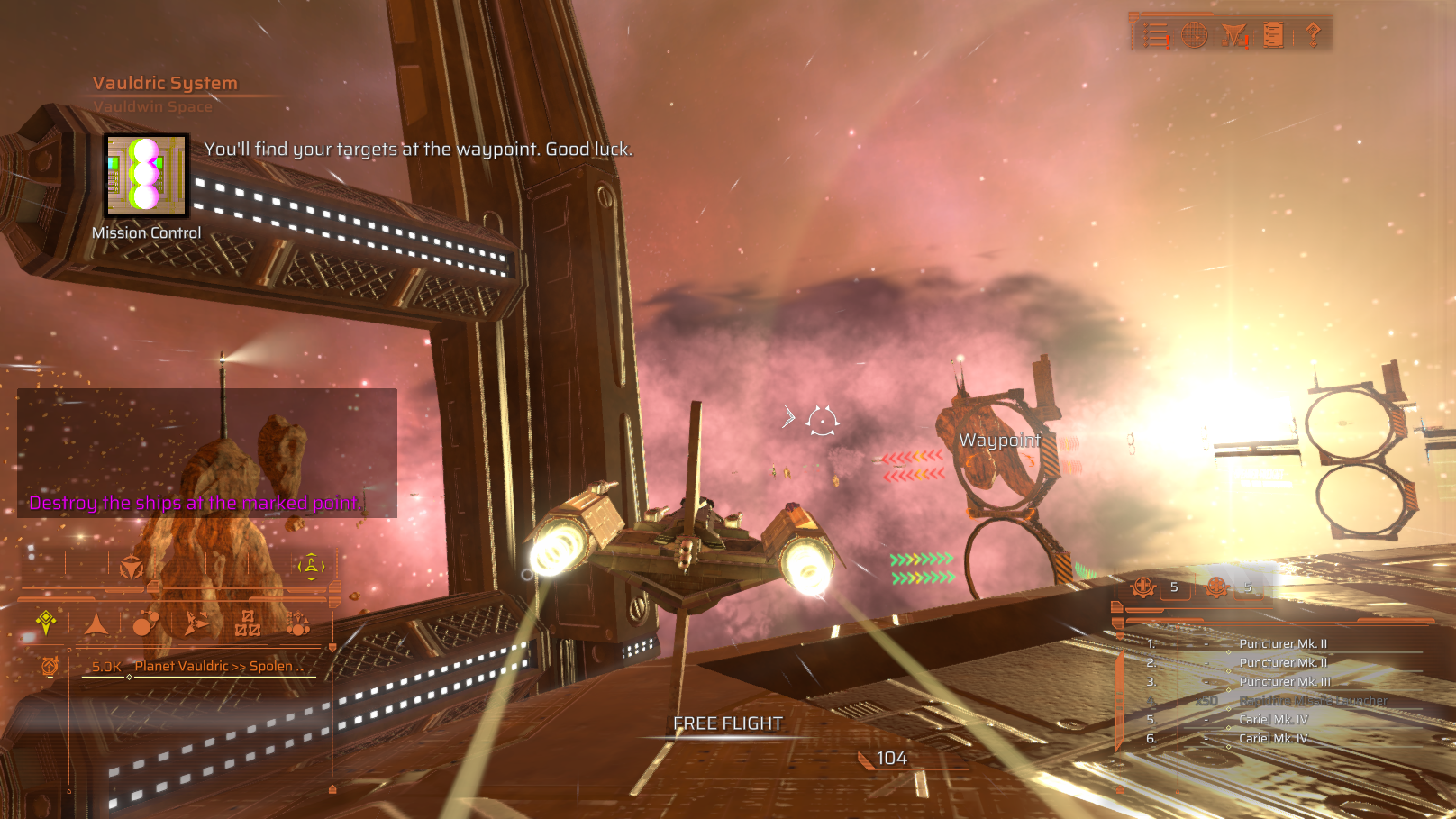 Some of this was linked up to game systems. Smuggling now works off the in-game dialogue rather than its own independent thing, and works fully now. 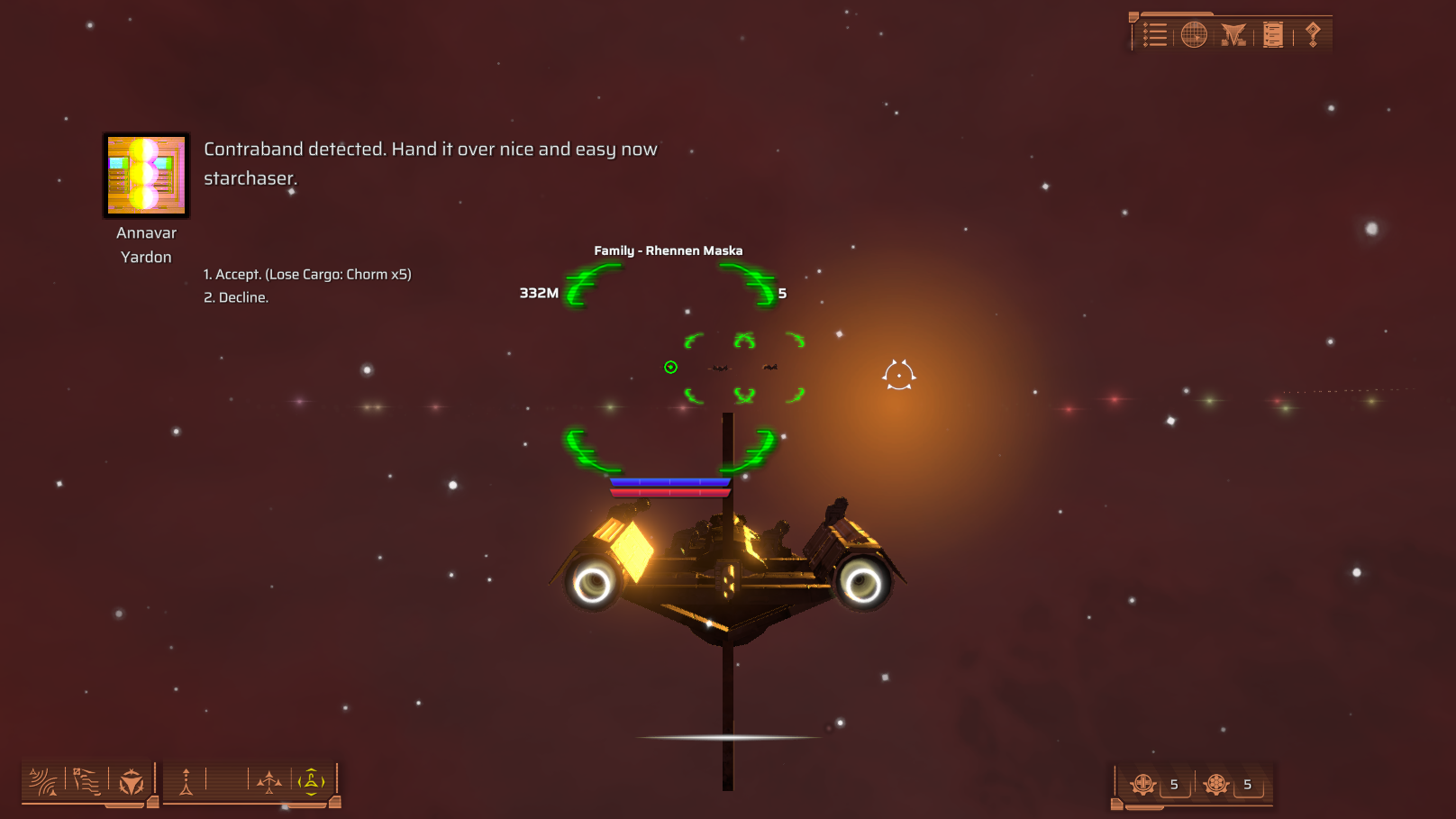 We’ve also added some new custom, modular audio pieces for your ship’s onboard computer’s voice. These aren’t fully hooked up yet, so ideally next month you might see more progress here.

I didn’t forget all the little QoL and tweaks that make up the bulk of game development of course. Let’s cover that next. To start with manual docking is now available on stations.

Explosive mines got a rework, both in terms of optimization, bugfixes, and damage variety. Generally we’ve done a lot of under the hood optimization, gaining some serious frames in heavy-traffic areas. There’s been some color tweaking as well: ship trails are brighter and nebula lightning more color appropriate. 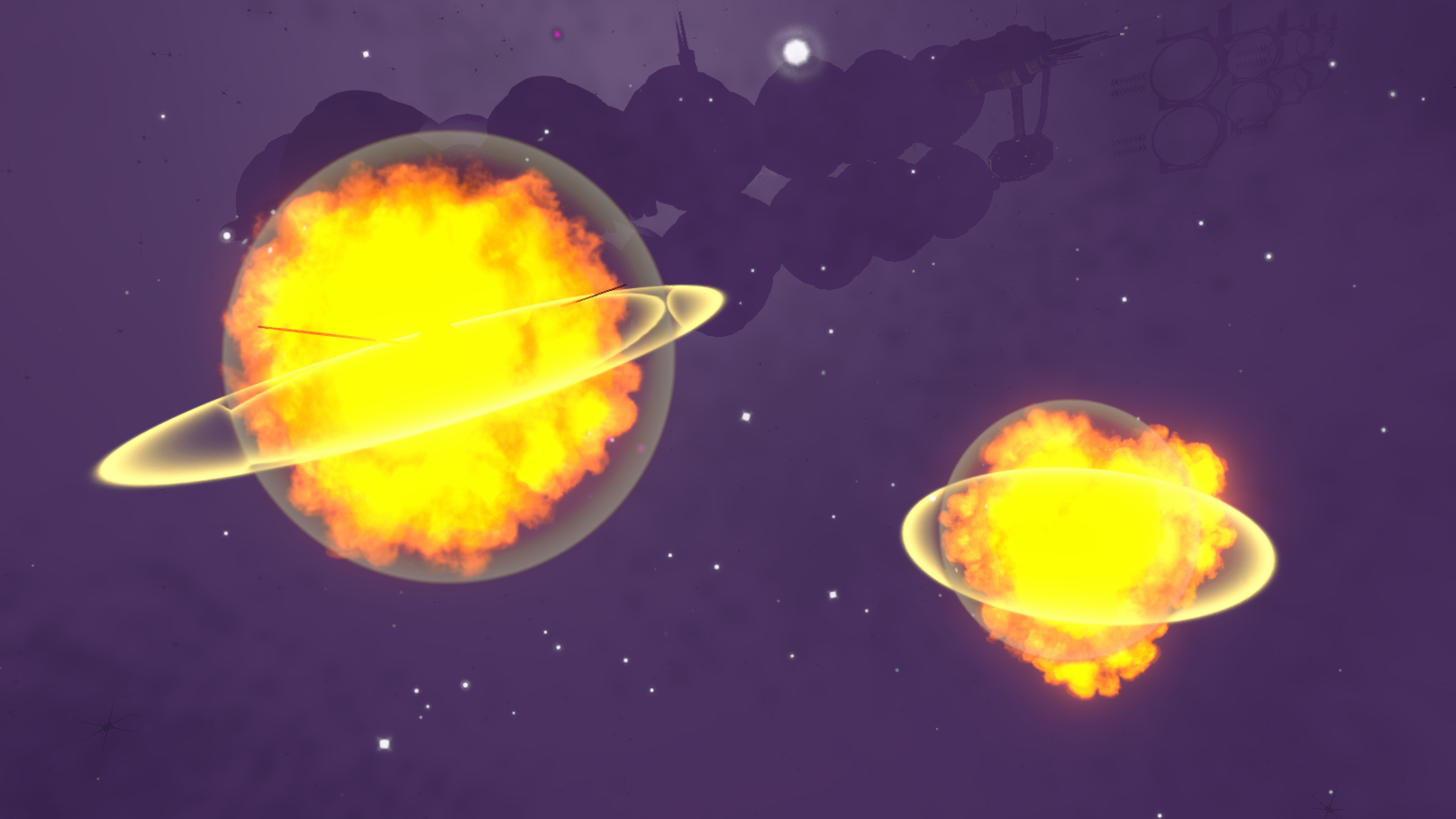 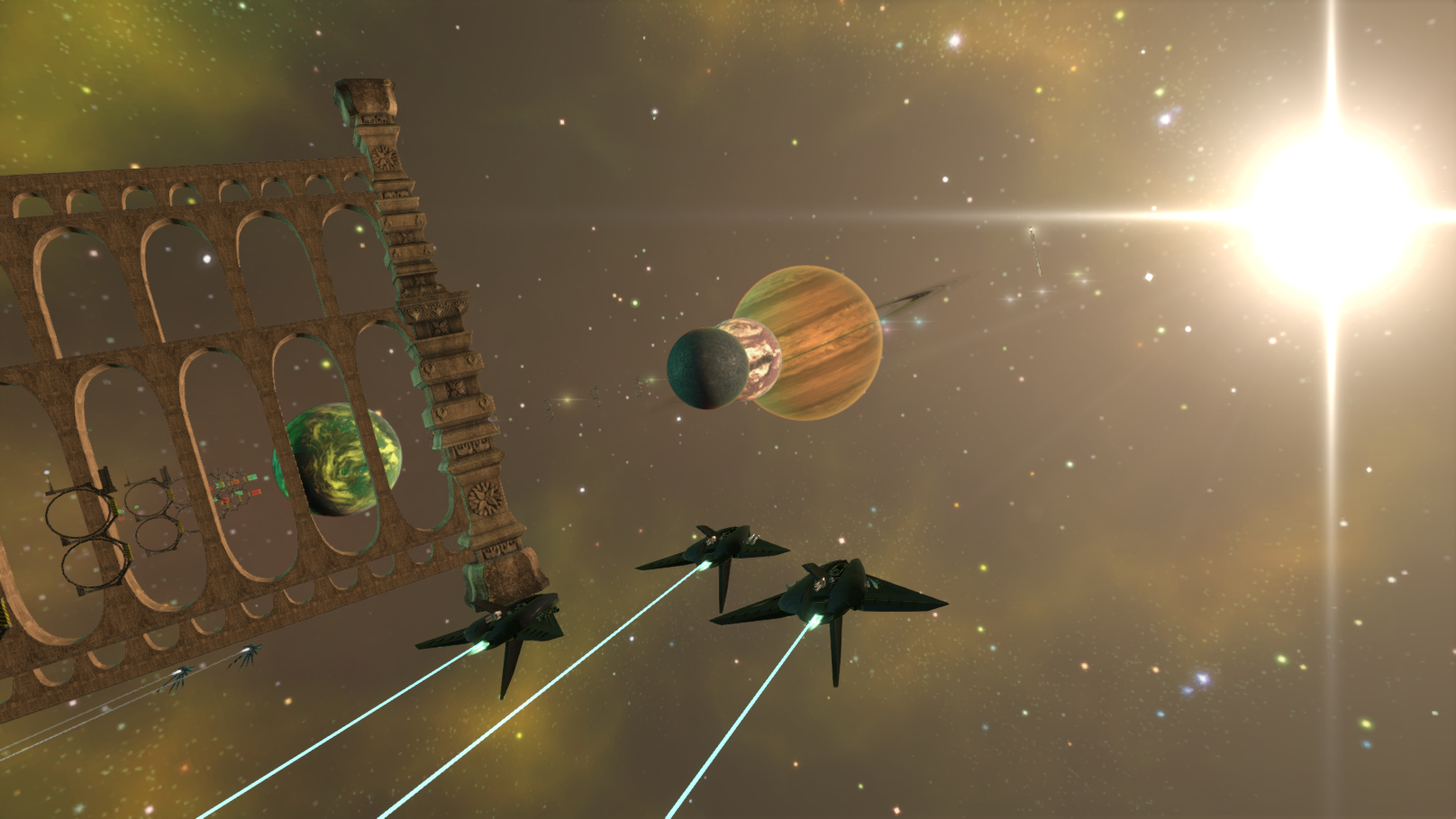 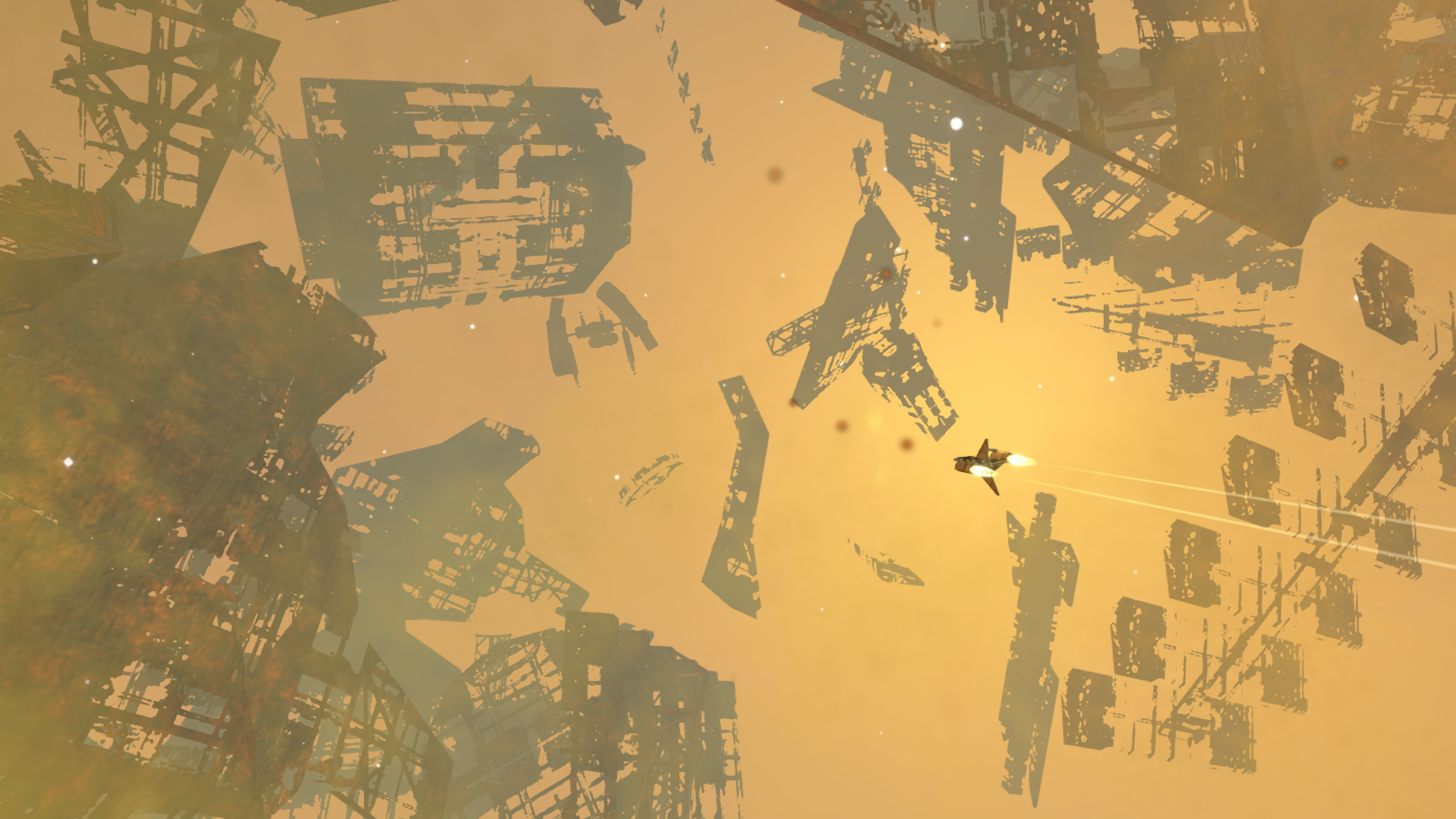 Factions and pirates got an upgrade too. Pirates will actively scan for cargo they want, and you’ll encounter smugglers and guards around their bases. Meanwhile faction tables were totally filled out so now inter-regional factions will react appropriately to one-another. 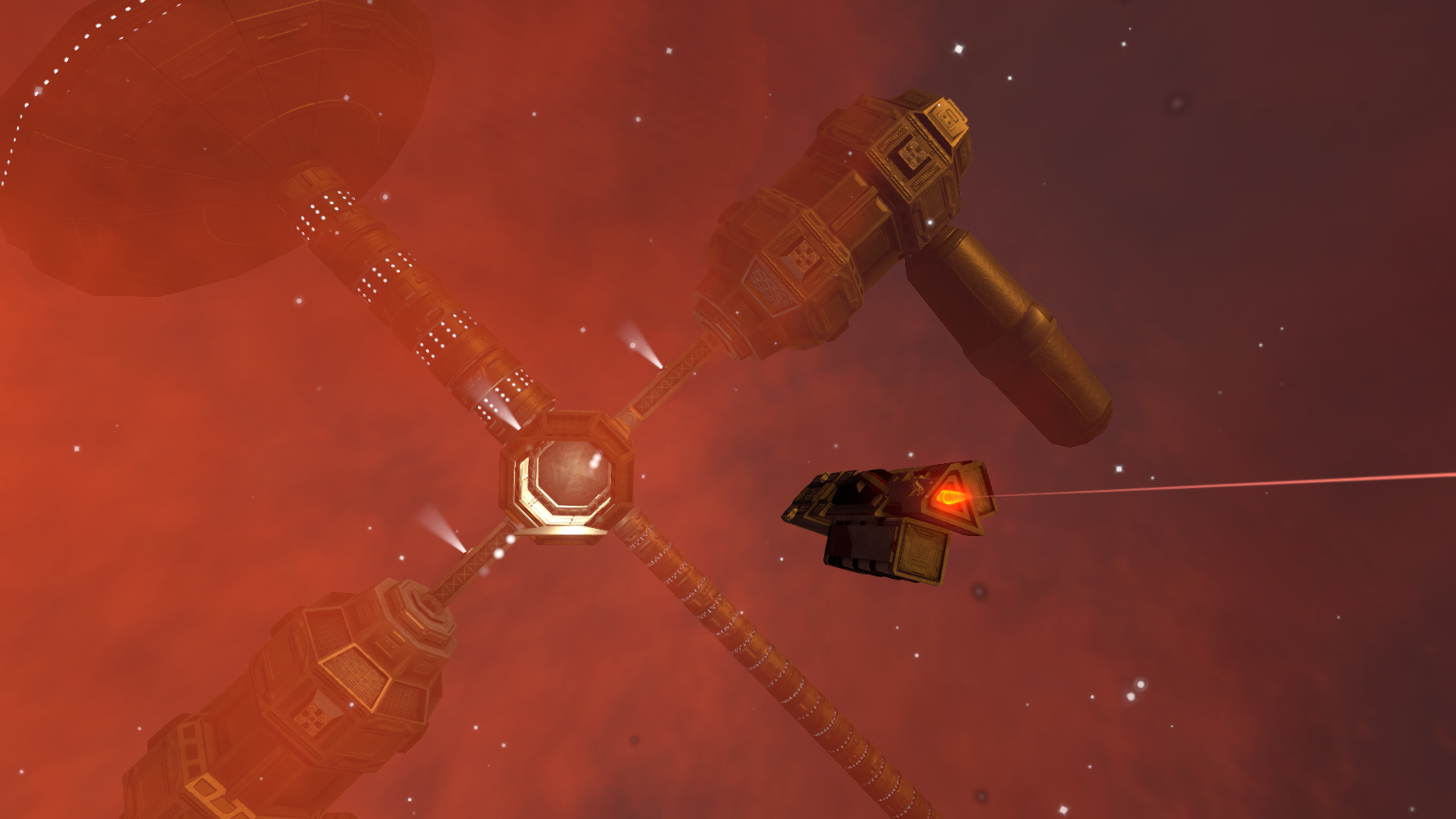 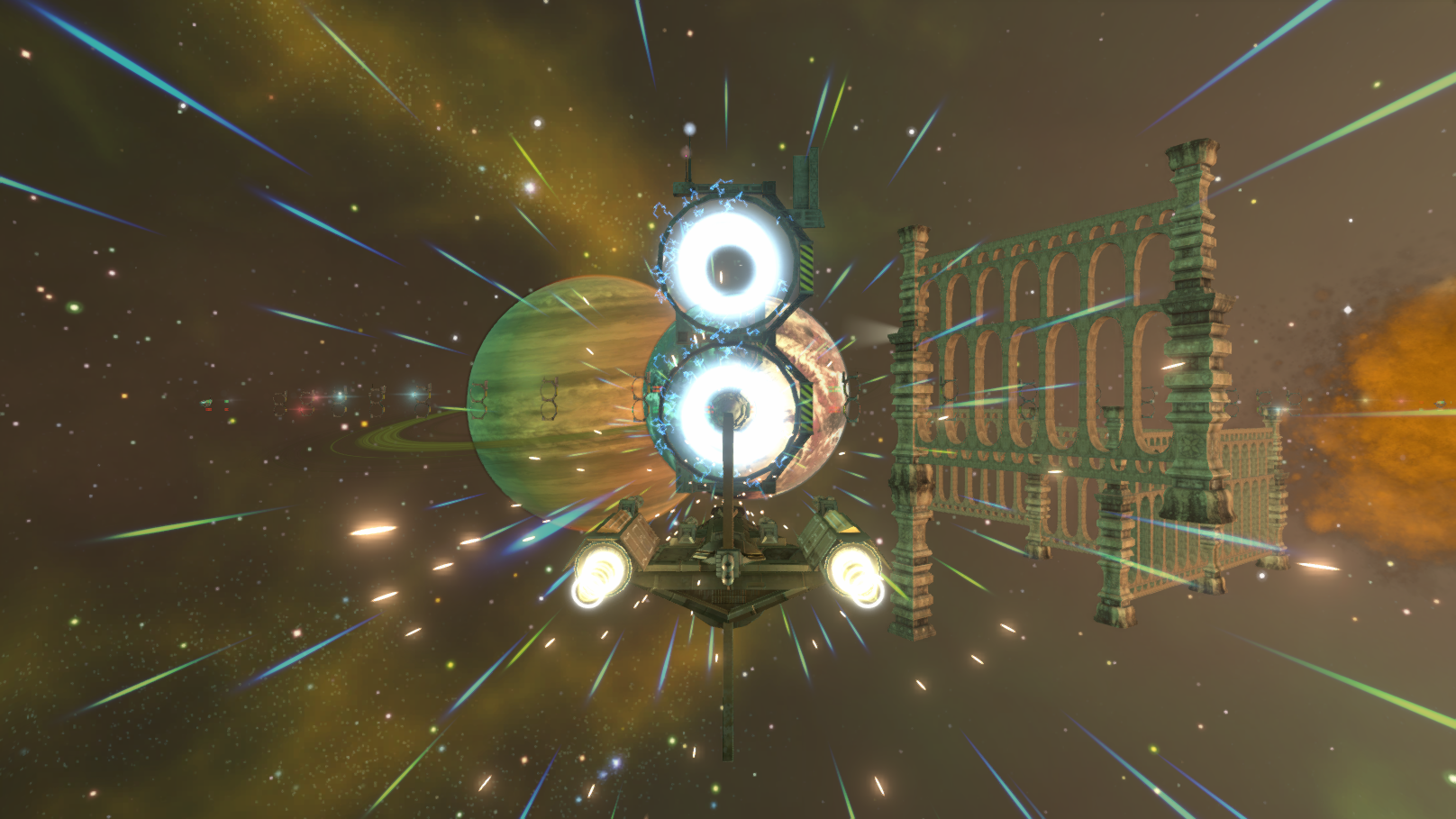 We didn’t forget models of course. From the microbiological Macrovari to the coffinesque Ballden, the last few character models and animations for our four main races are almost in. 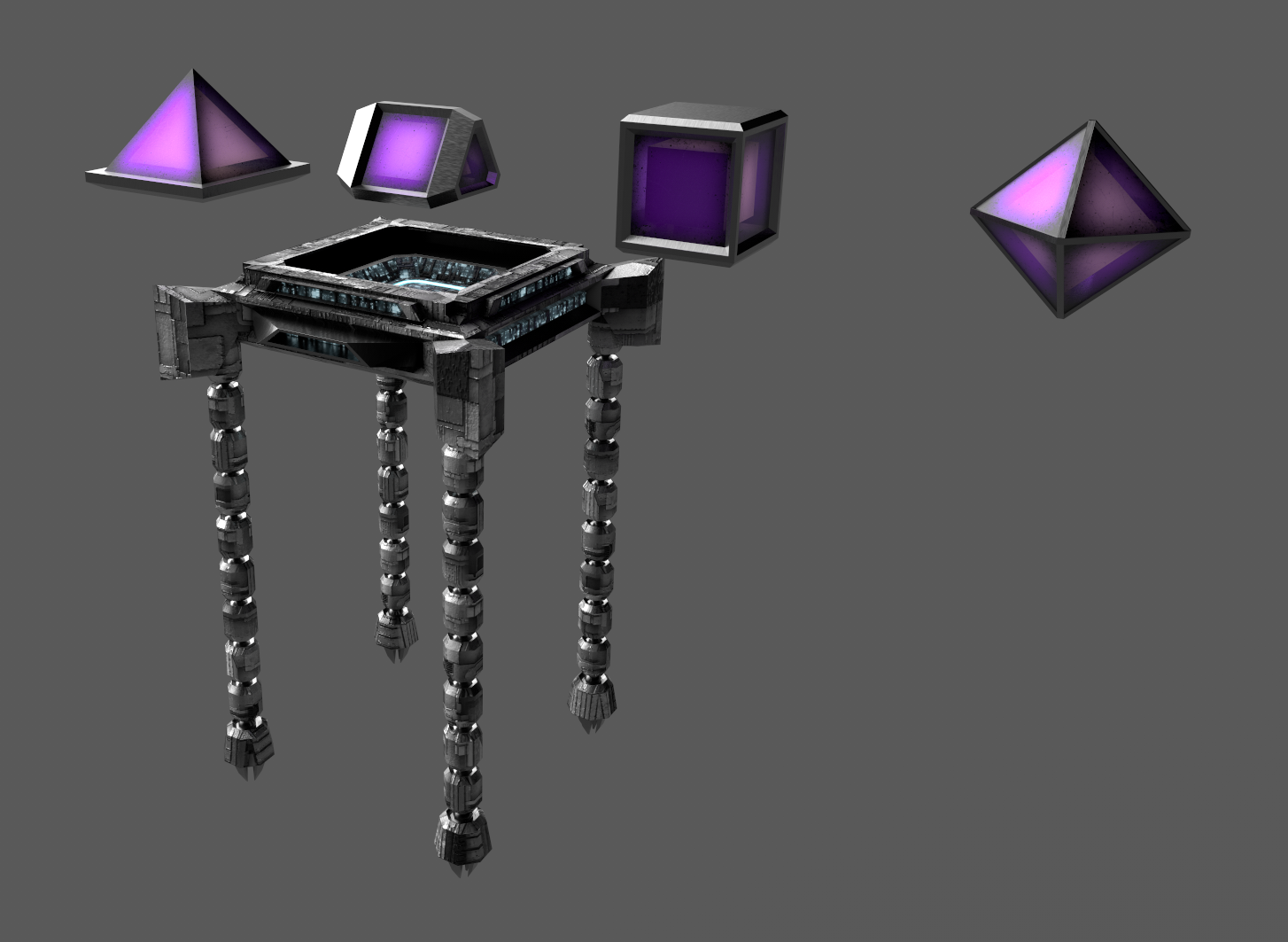 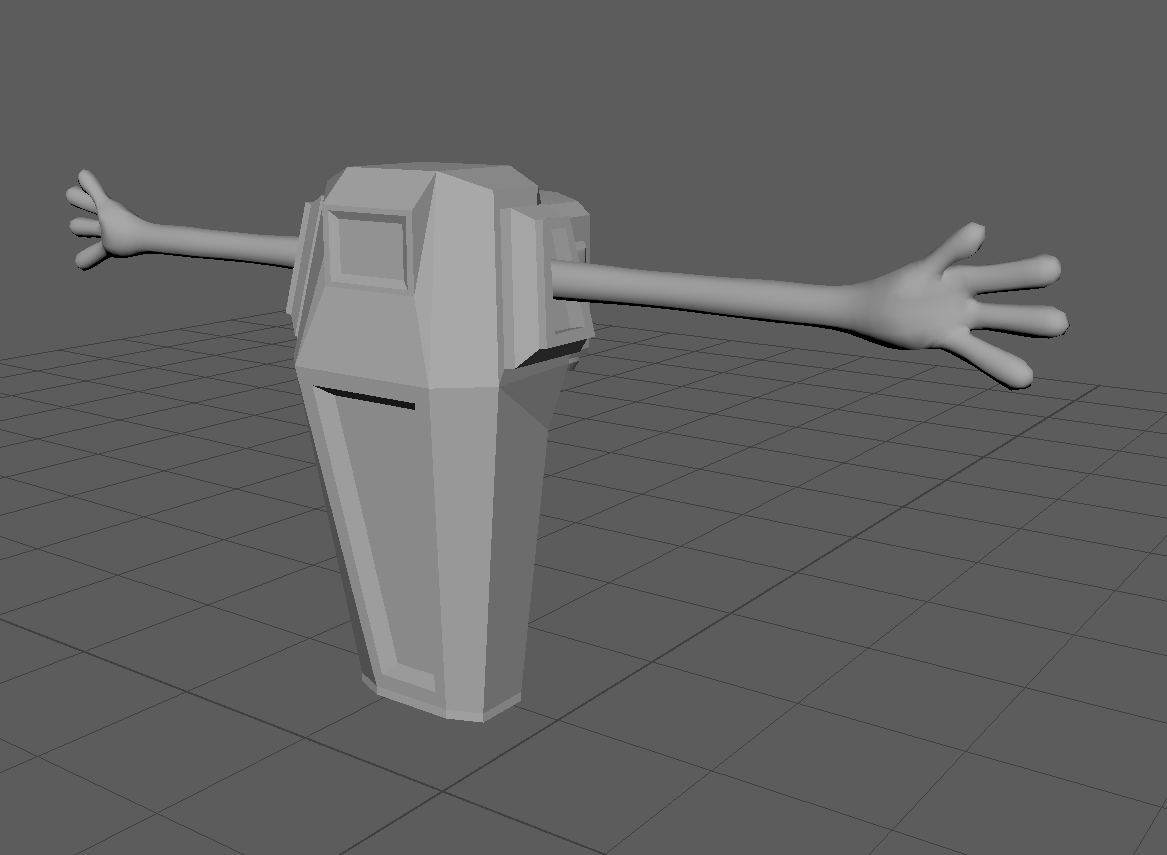 These are, like their previous lobstery and balloony friends, fully customizable and playable (in multiplayer at least).

Wew! That’s all for this month. When you check back next time ideally we’ll have more stuff. Campaign, audio, maybe even MORE space eggs, who knows?