Check us out on Steam!

They say the storms rule the stars.

We are not next. We of the Union do not sit and accept our fates. We will fight whatever monsters the storm brings, tear through whatever it throws at us. And though it will take generations, our children and our children’s children will look up at night and only see clear skies, filled with the suns we have won back from whatever idiot god dared to stand against us.

Inspired by classic space games, Underspace is an arcade-style space shooting, trading, and storm chasing game. Dropped into a universe of interstellar wonder and sheer terror, you are left to make your fortune as you struggle against extraterrestrial tempests and nightmarish cosmic storms.​

The galaxy is not a safe, sane place. Hyperspatial tempests sweep through space, distorting star systems and spewing forth strange hazards, even stranger monstrosities, and incredible treasures. Traverse 70 handcrafted star systems, any of which could fall victim to foul weather

Strike out into the starry unknown, and comb through ancient starcities, warped graveyards, or fields of lost wormholes. The galaxy is filled with unique adventures and puzzles waiting for a starchaser to discover and rob them.

HERE THERE BE MONSTERS

Away from the highways and deep in the most remote parts of space lie hidden challenges. you'll face off against world-eating serpents, possesed battleships, and living minefields. End the lives of over 20 unique bosses, either by yourself or online with friends.

YOUR SHIP, YOUR CHOICE

Fly, paint, and customize over 60 different ships. Outfit yourself with over 150 pieces of equipment. Choose your race, build your character, and try not to get eaten by a ghost train.

EVERY STAR A STORY

Even in the face of the great storms, life goes on. Befriend or befuddle over 40 different factions, all with their own alliances, goals, and preferences. Pursue random assignments, or discover hidden stories and questionable motives in over 30 unique sidequests.

Strip asteroids of their precious resources, fabricate technology to sell and utilize. Ship over 50 different types of cargo to 150 stations, or pirate it off the imbeciles who stray into your territory. From dashing hero to dastardly hellpriest, solo to multiplayer, experience the galaxy the way you want.

Top of the morning to you, starchasers! Welcome to March, the month that hopefully sees the end of a long and mildly annoying winter and the start of the exact same winter. Wisconsin is fun like that.

Our next demo, demo 1.10, is scheduled to be out soon. This will also coincide with our first round of testers being chosen and the first beta testing build being released to those testers.

And of course, this is just a paraphrasing of the main article, which you can read here!

Last month I talked about how we were finally ready to implement the some 60 sidequests that make up Underspace’s content. This month, around half of those were added and are currently in a playable state. They lack polish and often voice acting, but they’re there and playable. There’s a great variety of quests too, from starship heists to facing down ancient monsters. 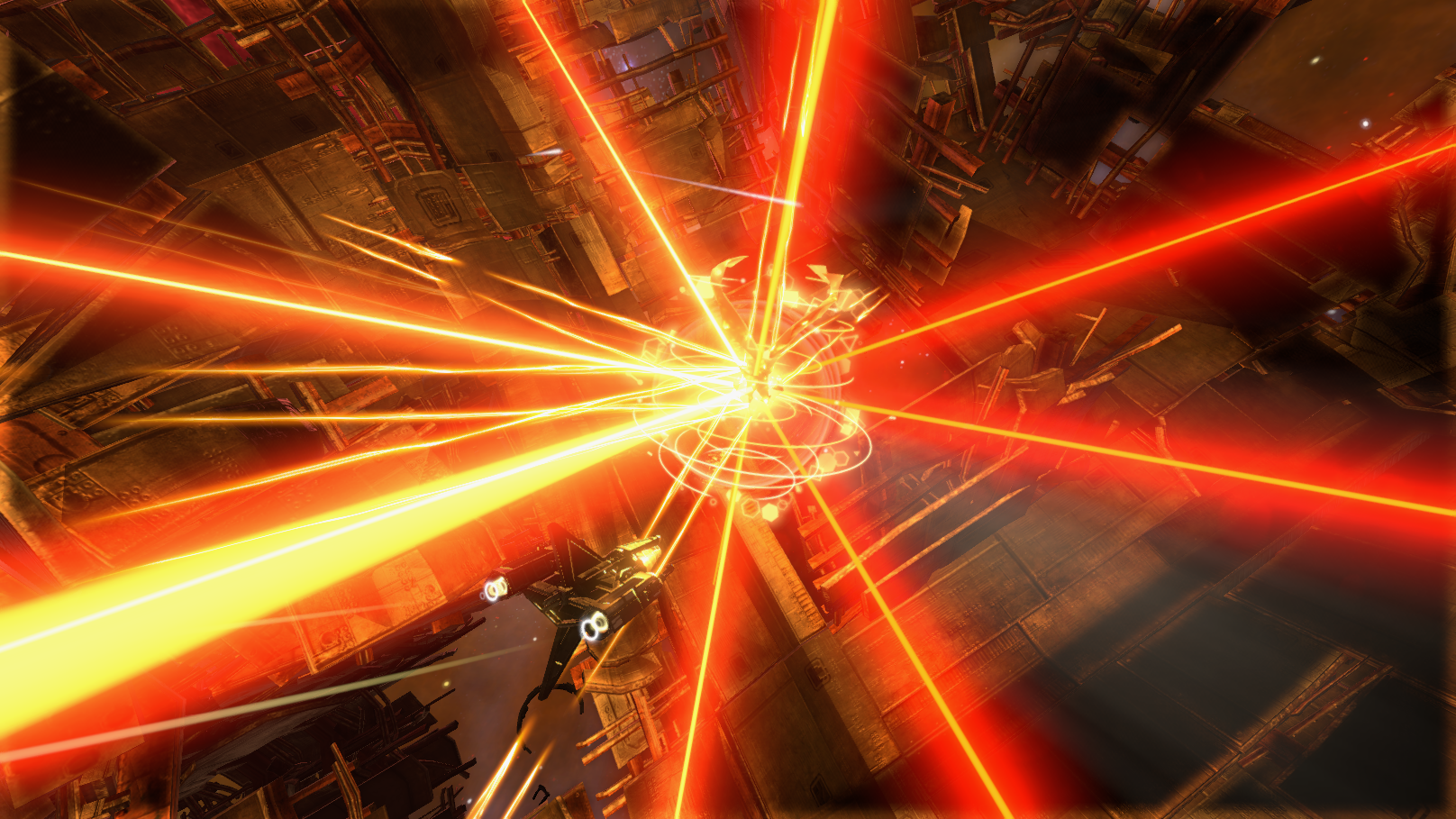 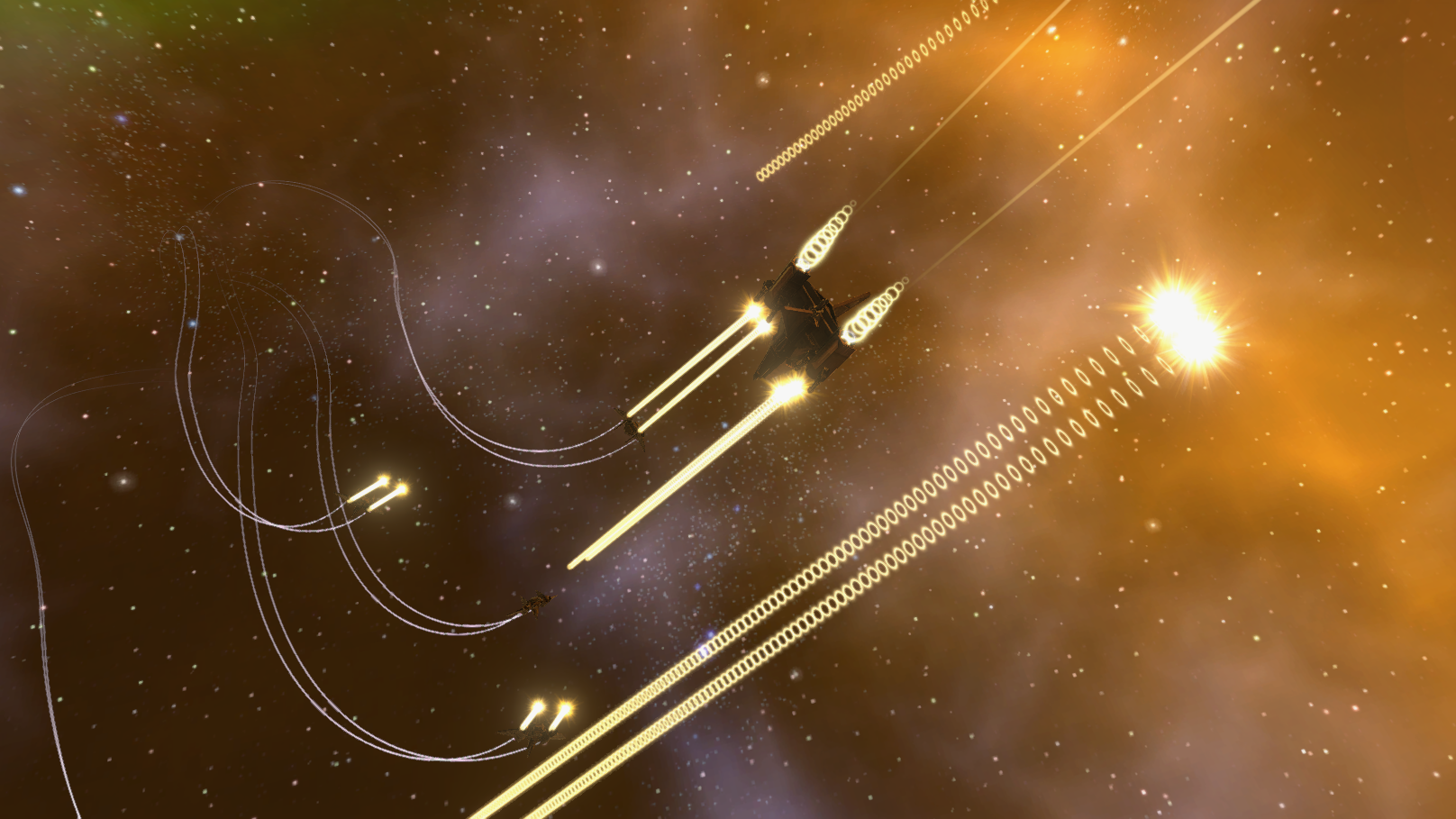 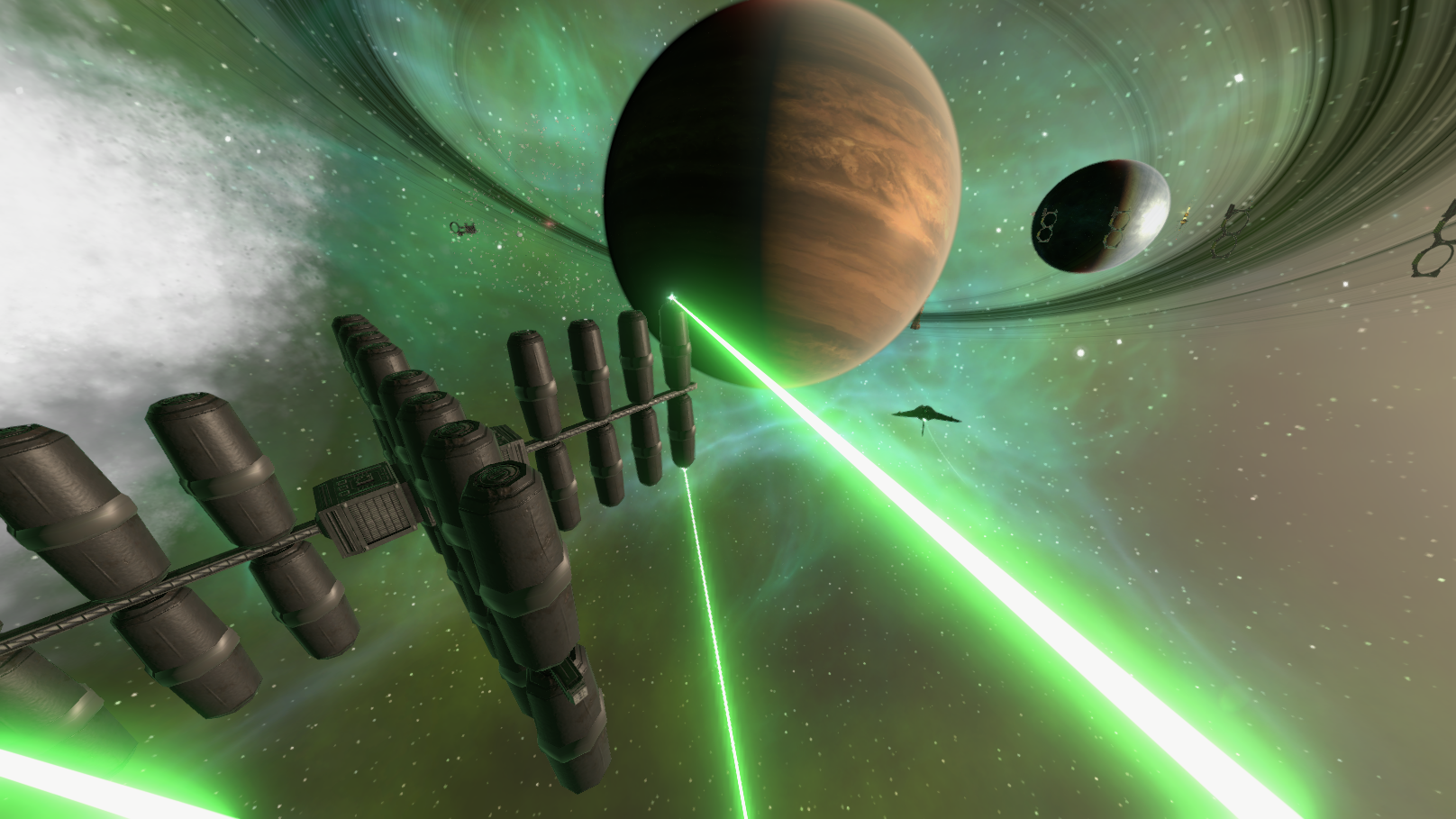 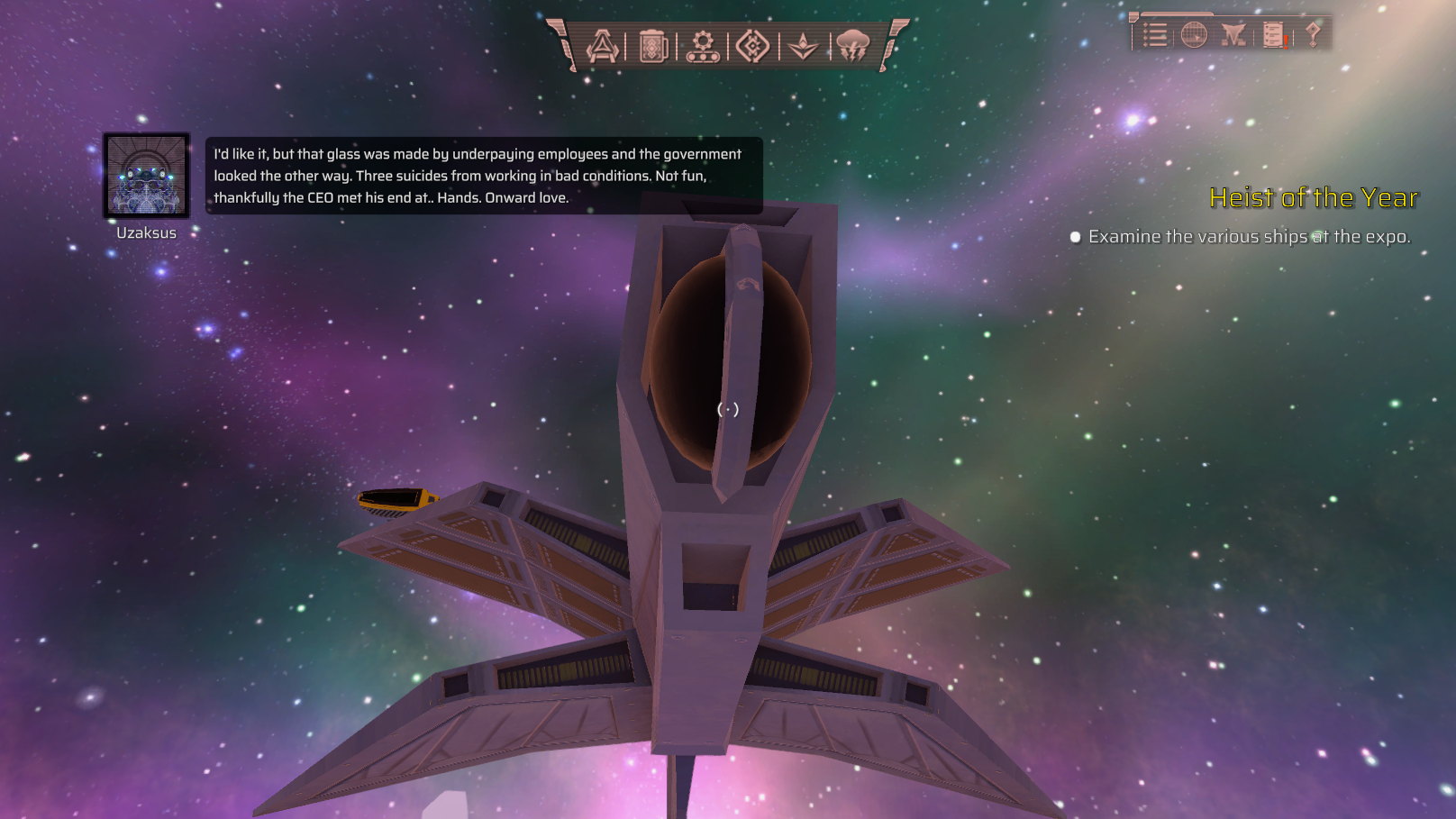 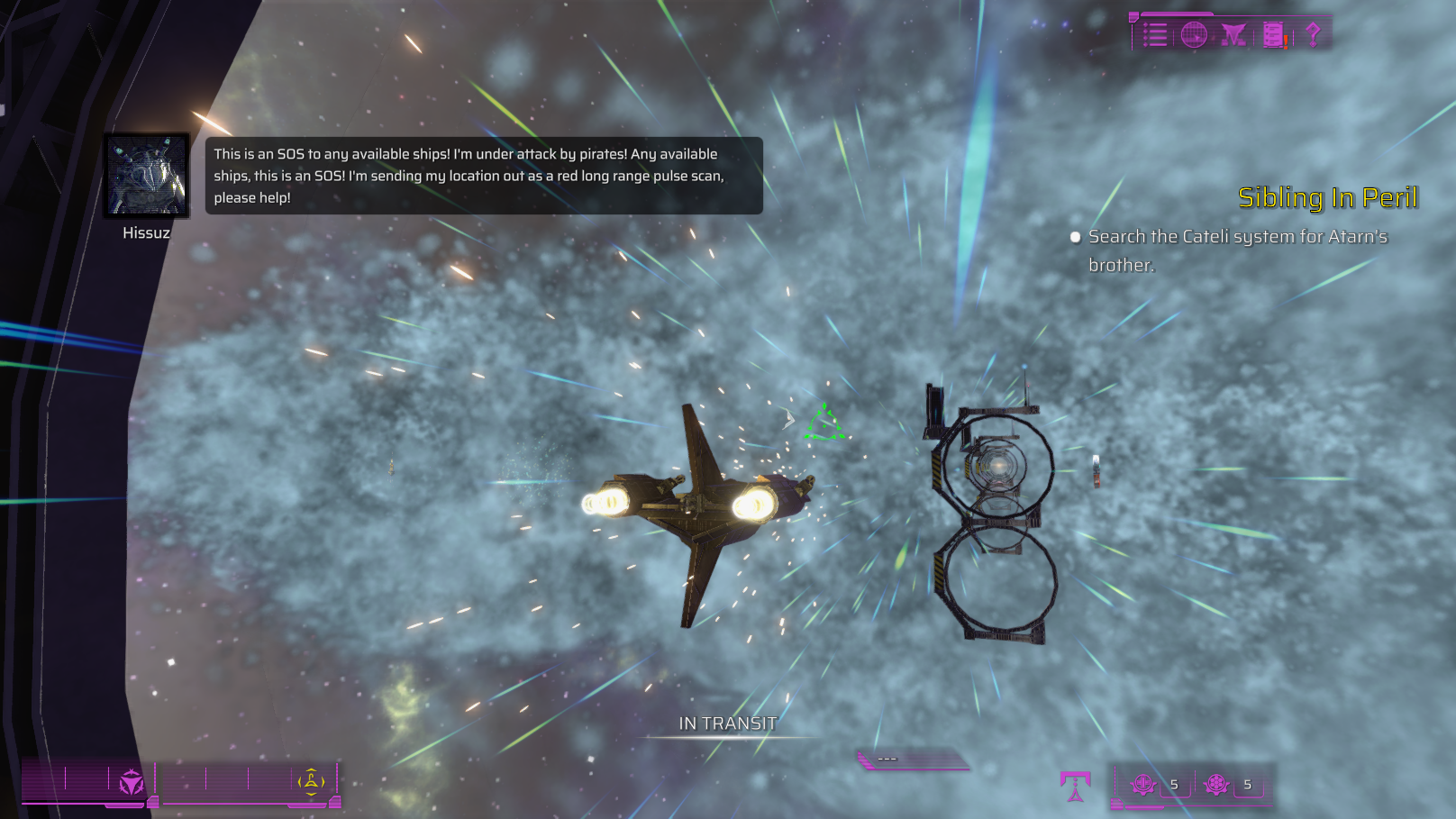 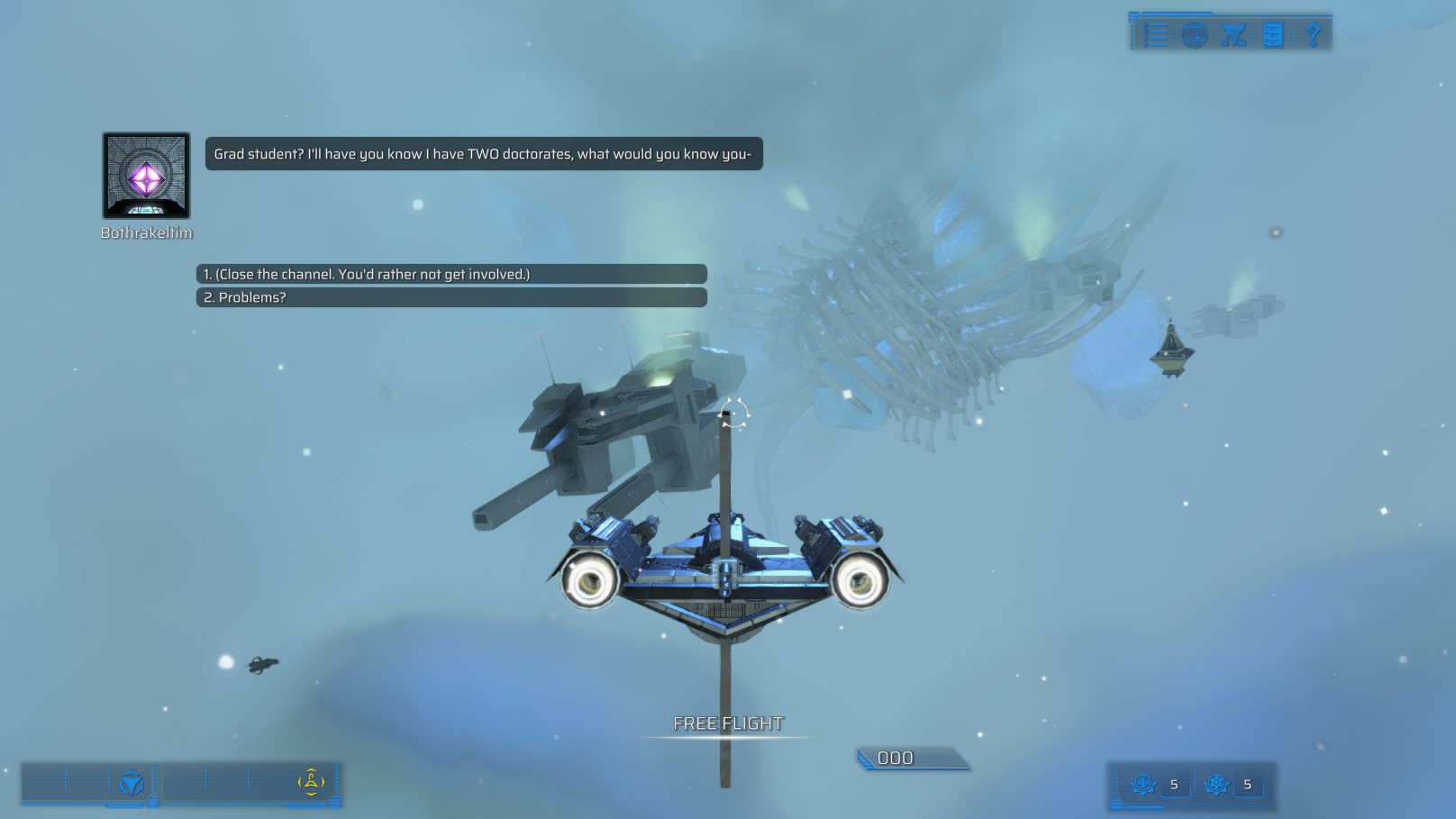 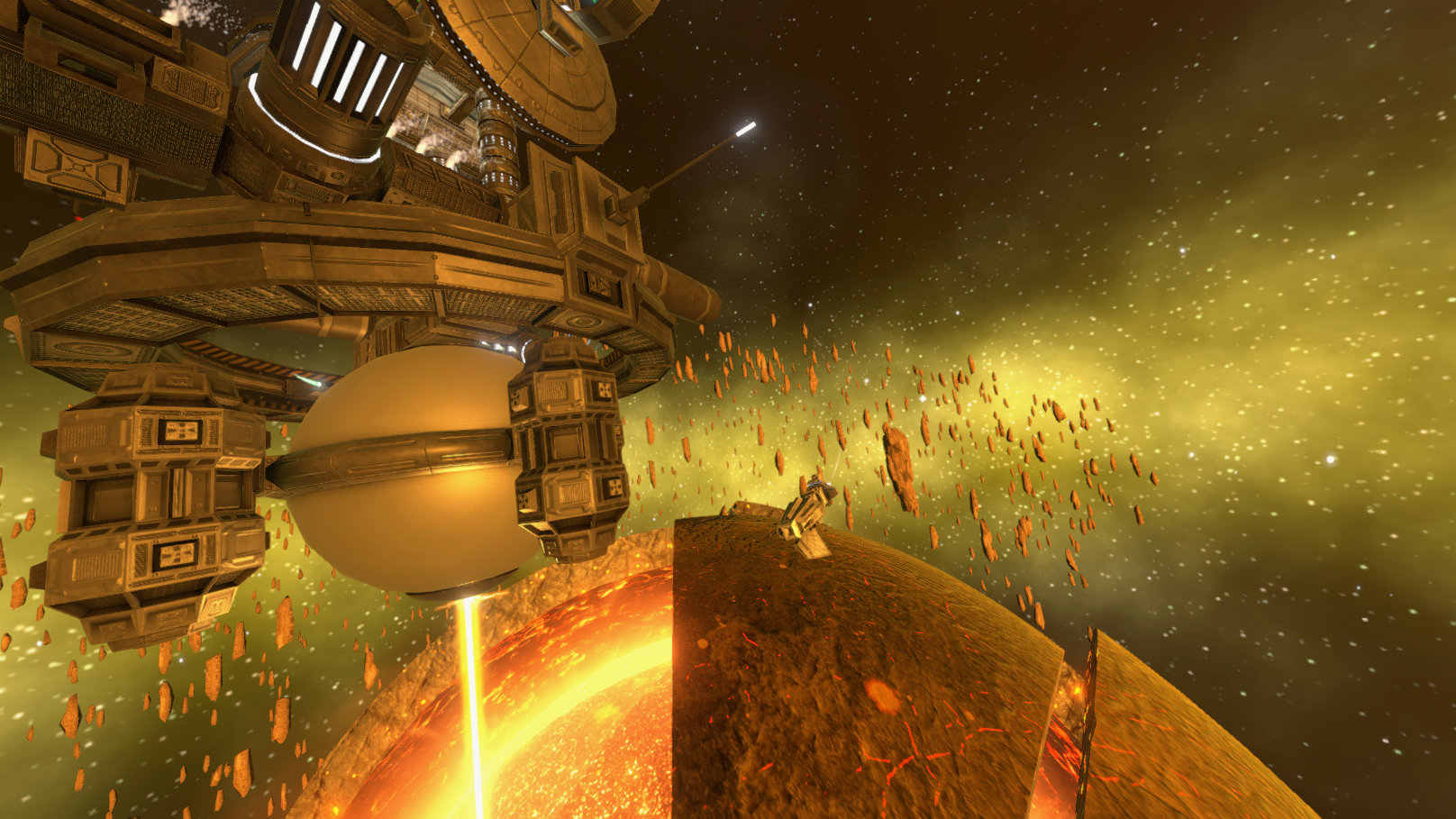 A lot of background technology for quests got improved, and I think modders will have a fun time with the scripting system we’ve implemented (since it’s pretty easy to work with). 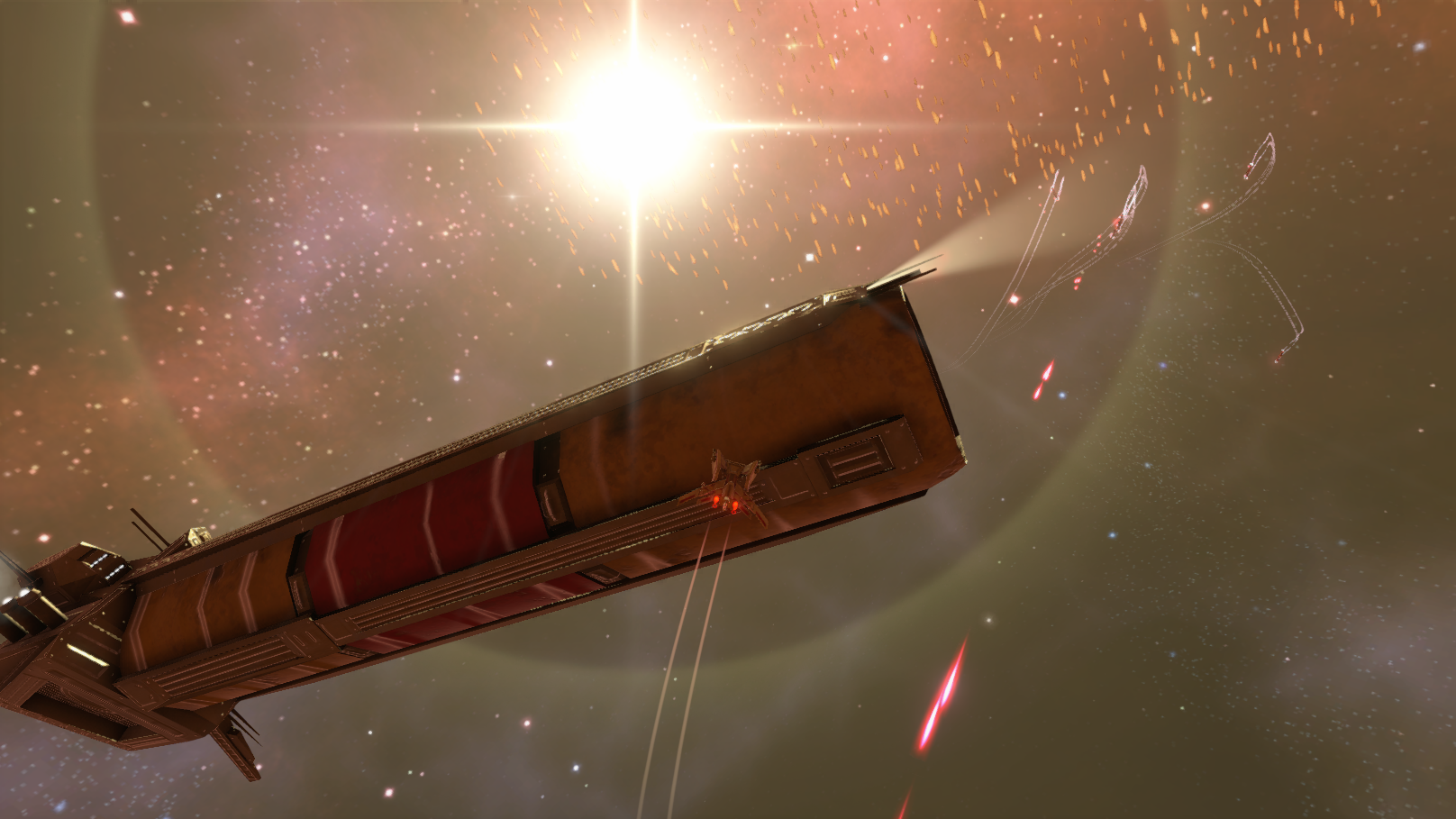 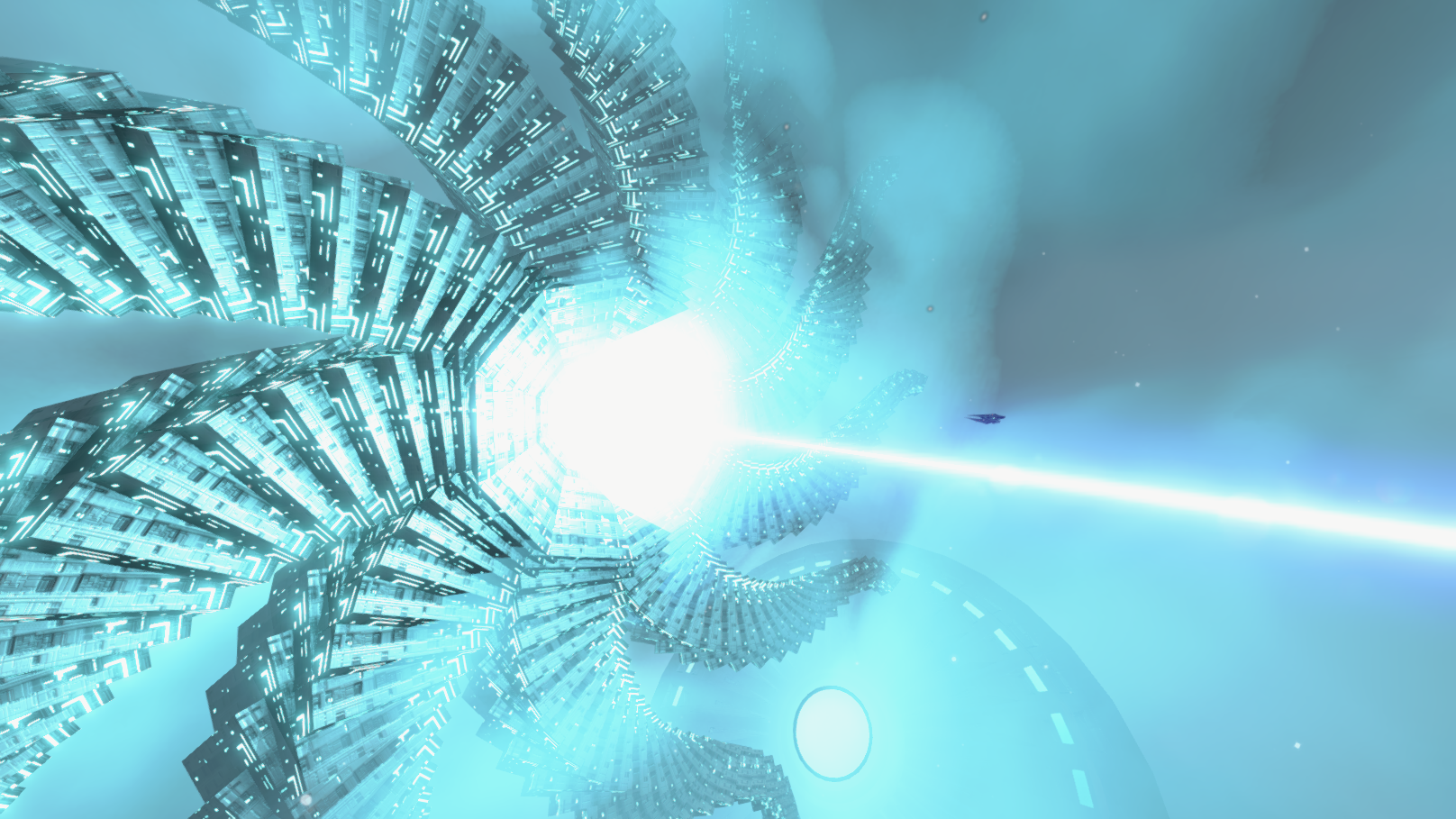 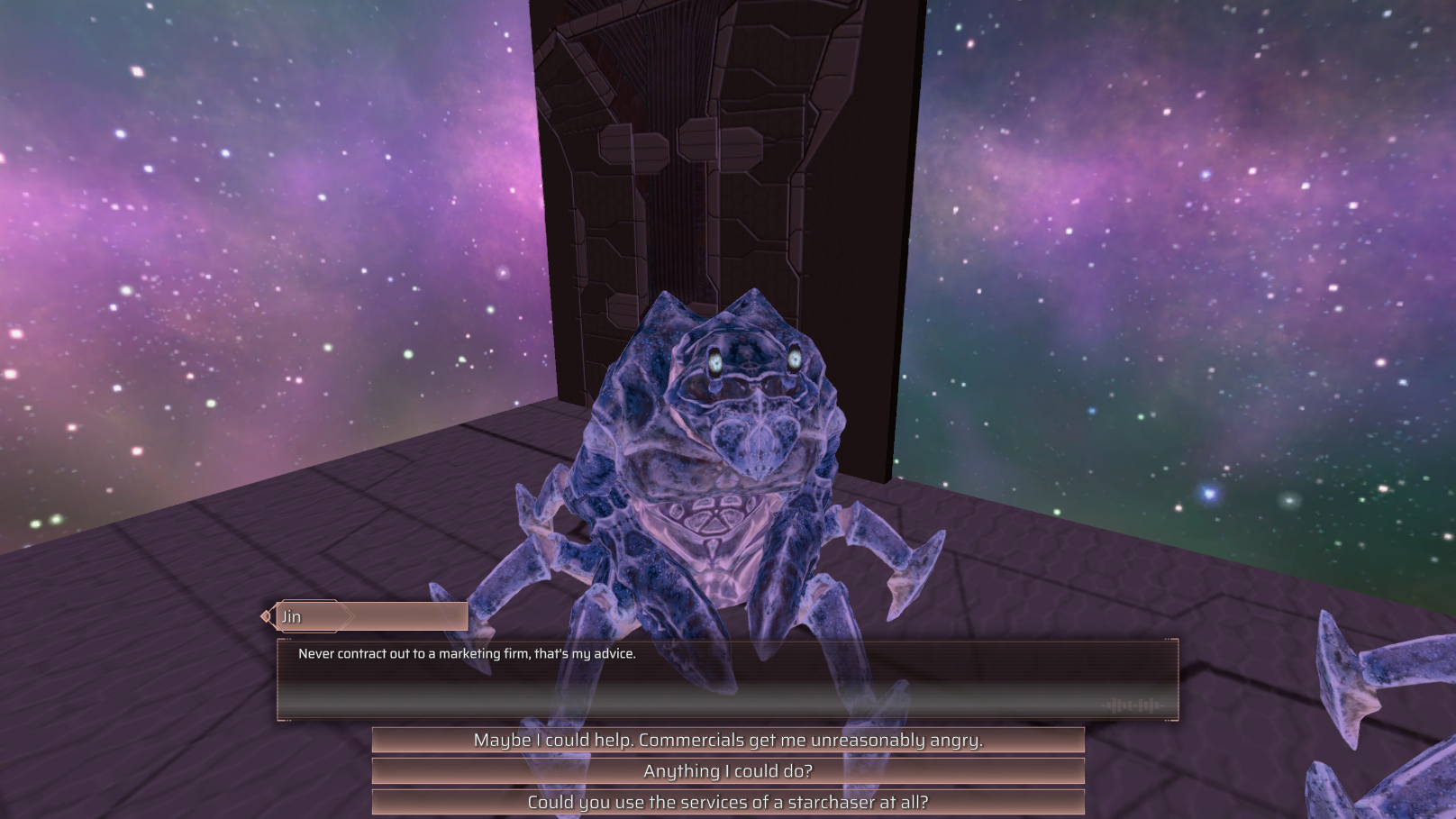 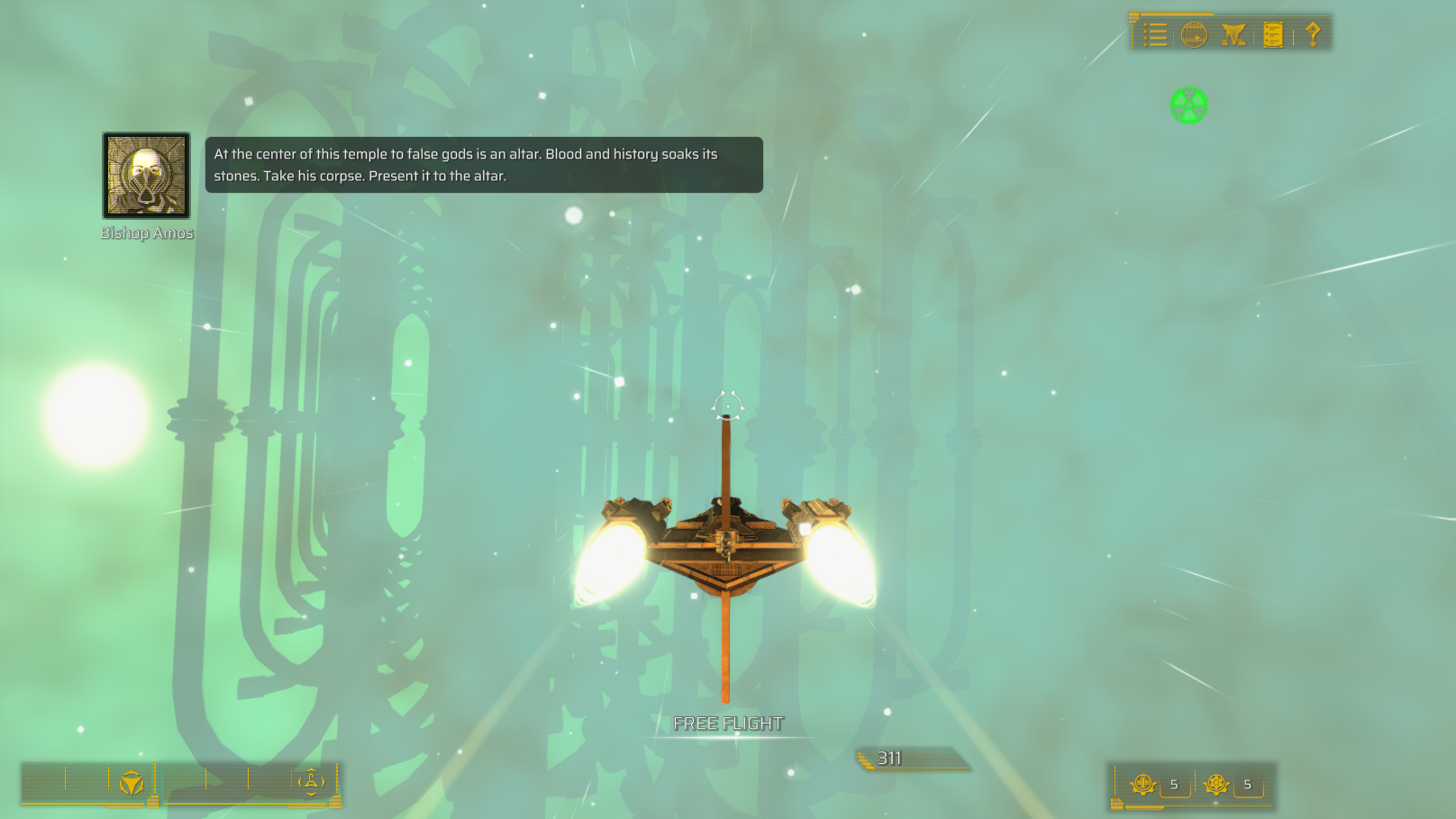 Stations got some improvements as well. NPCs can have conversations with one another, while you can use taxi services during some quests to get where you need to go.

Points of interest also got an improvement. All those ancient jumpgates, lost superstructures, and more all have custom textures. Surprisingly, thanks to the magic of actually properly compressing your assets (remember that AAA studios? Remember that???) the total file size of the game has actually gone down. 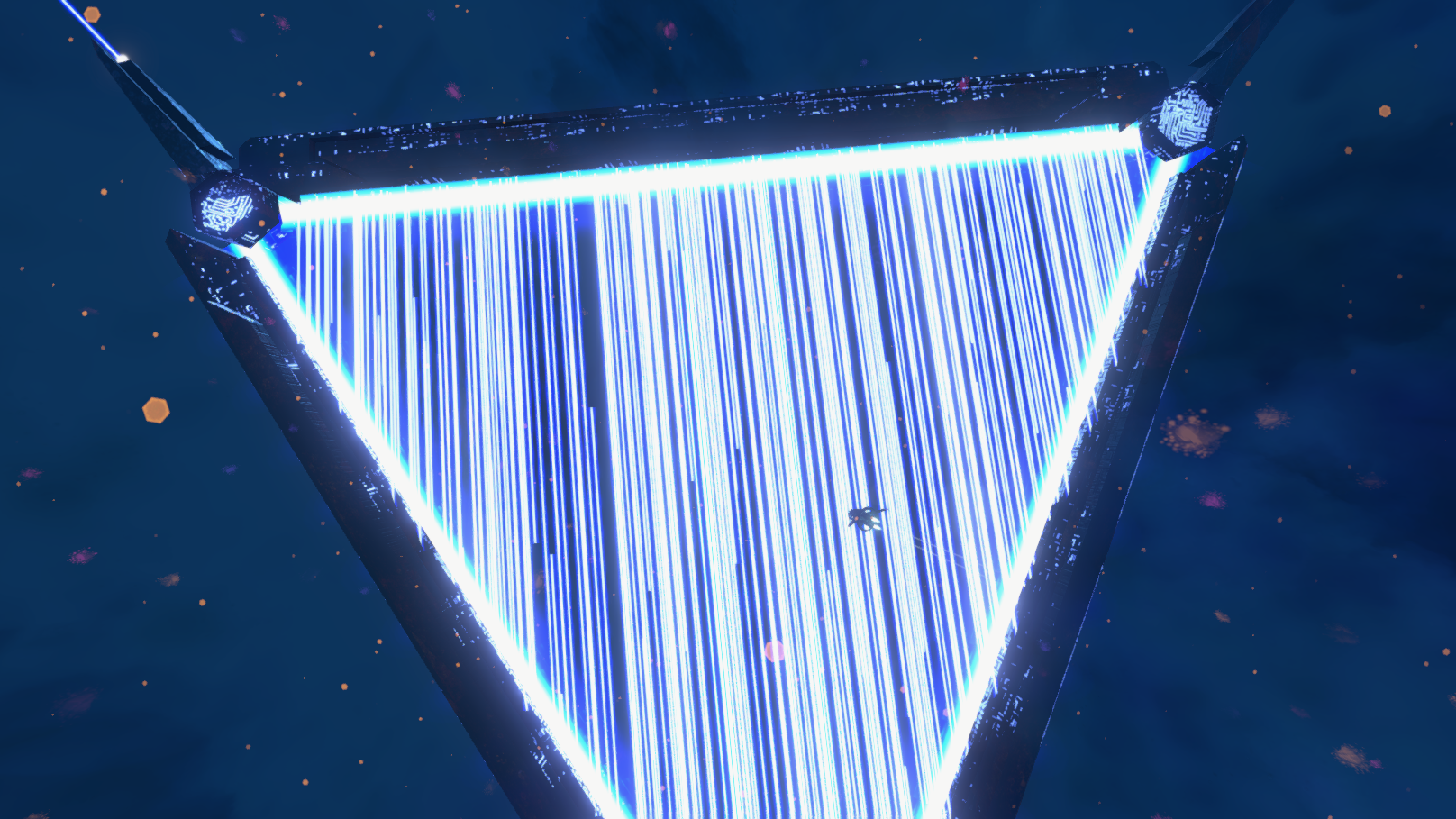 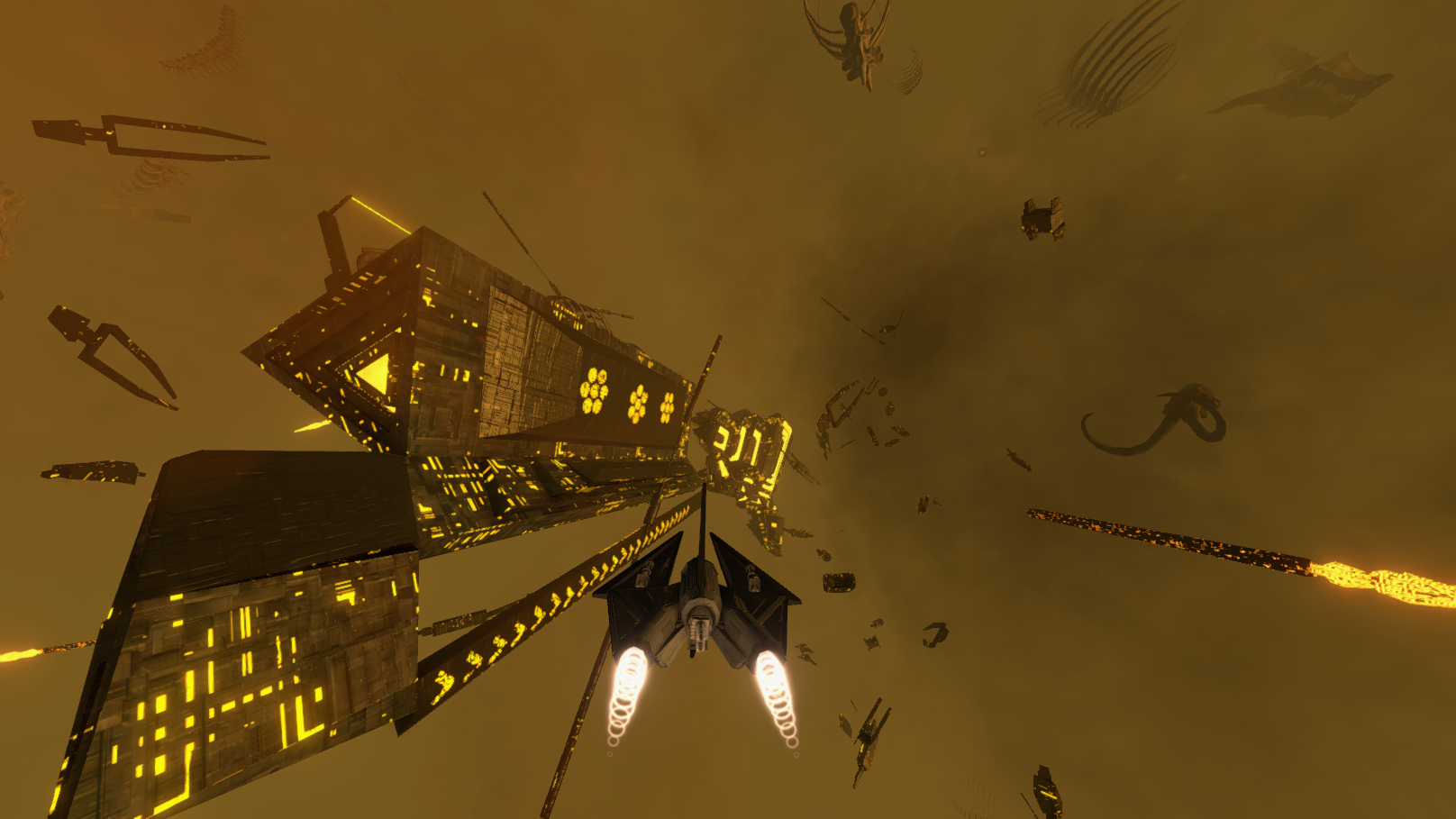 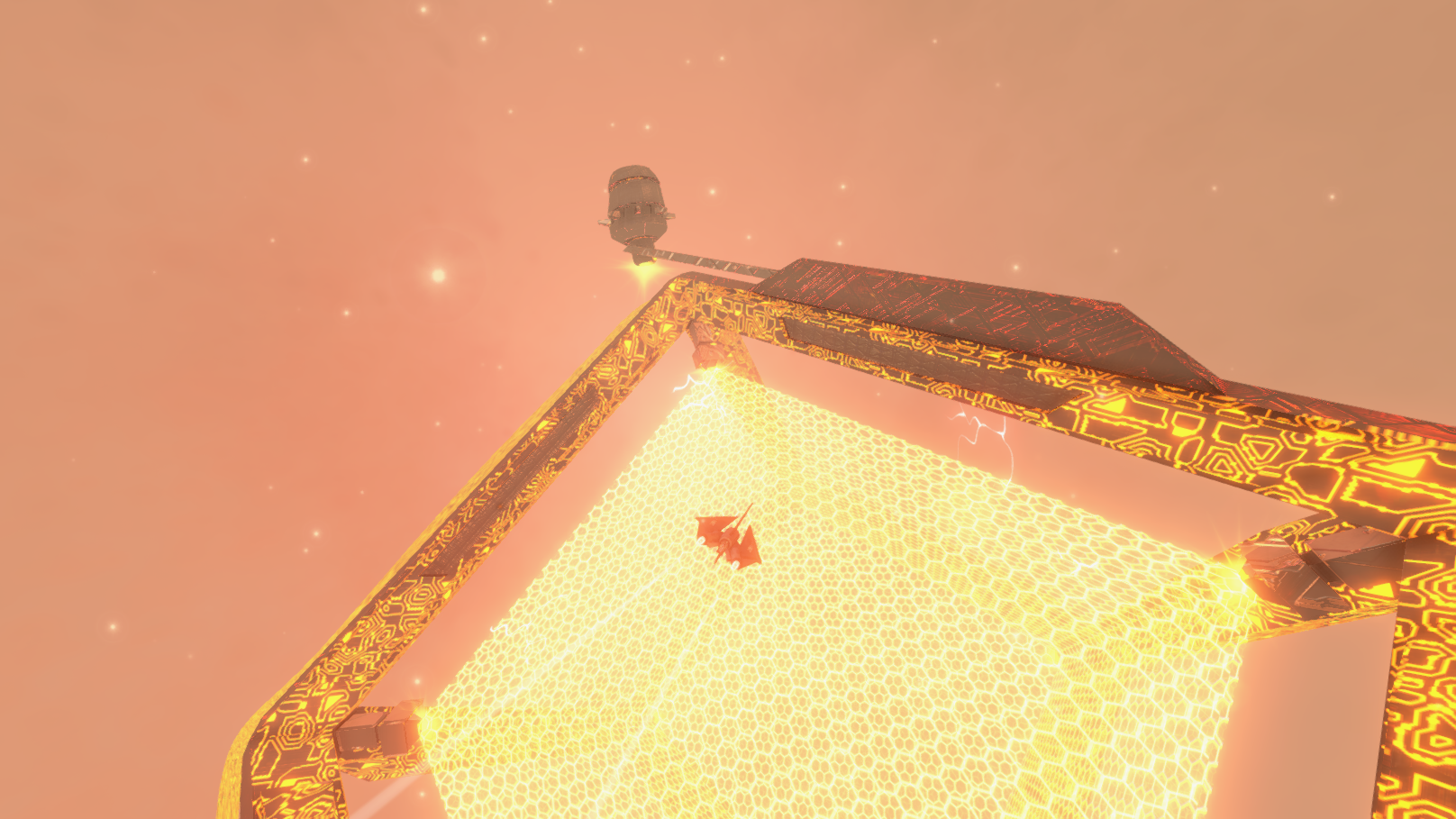 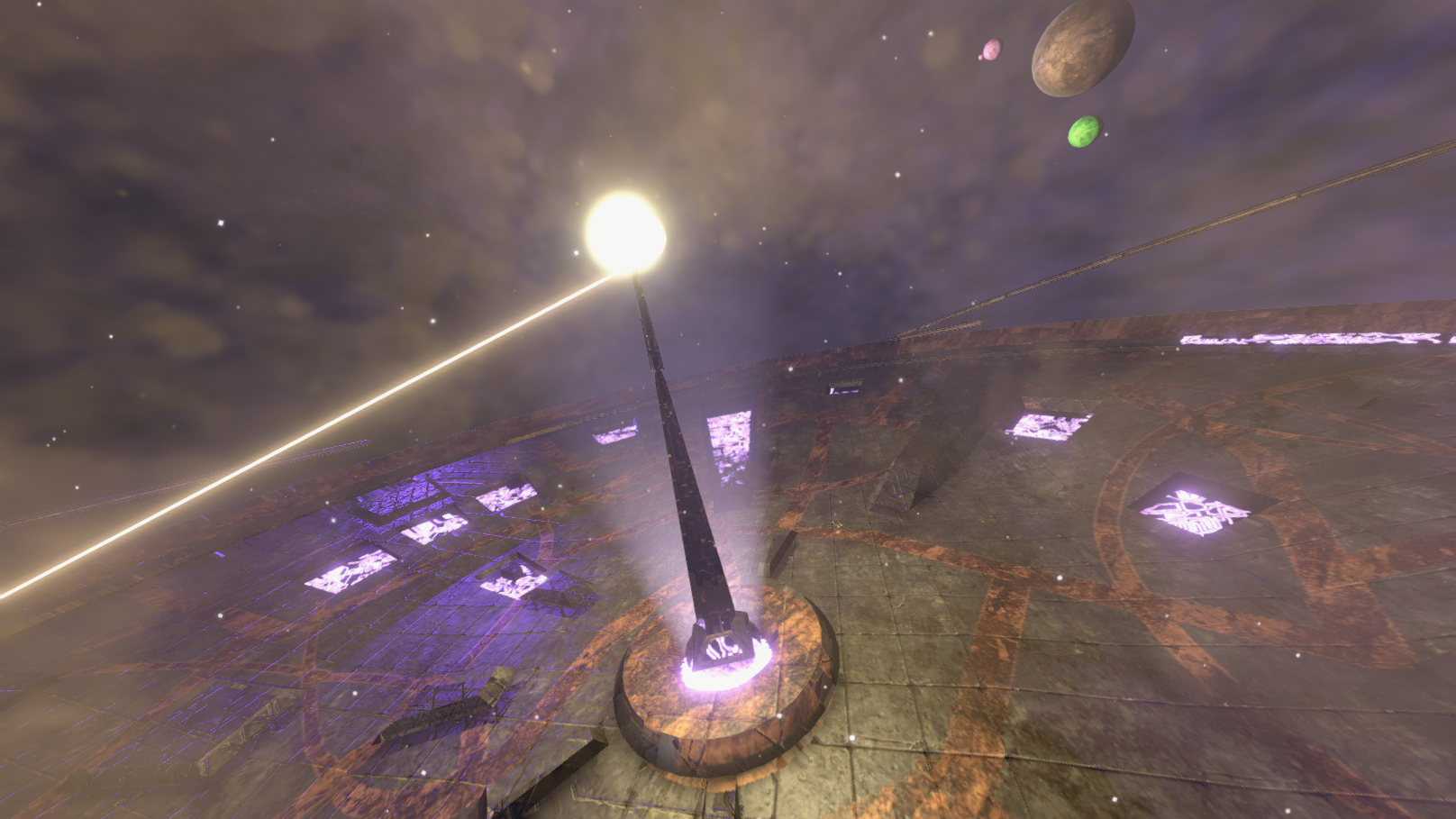 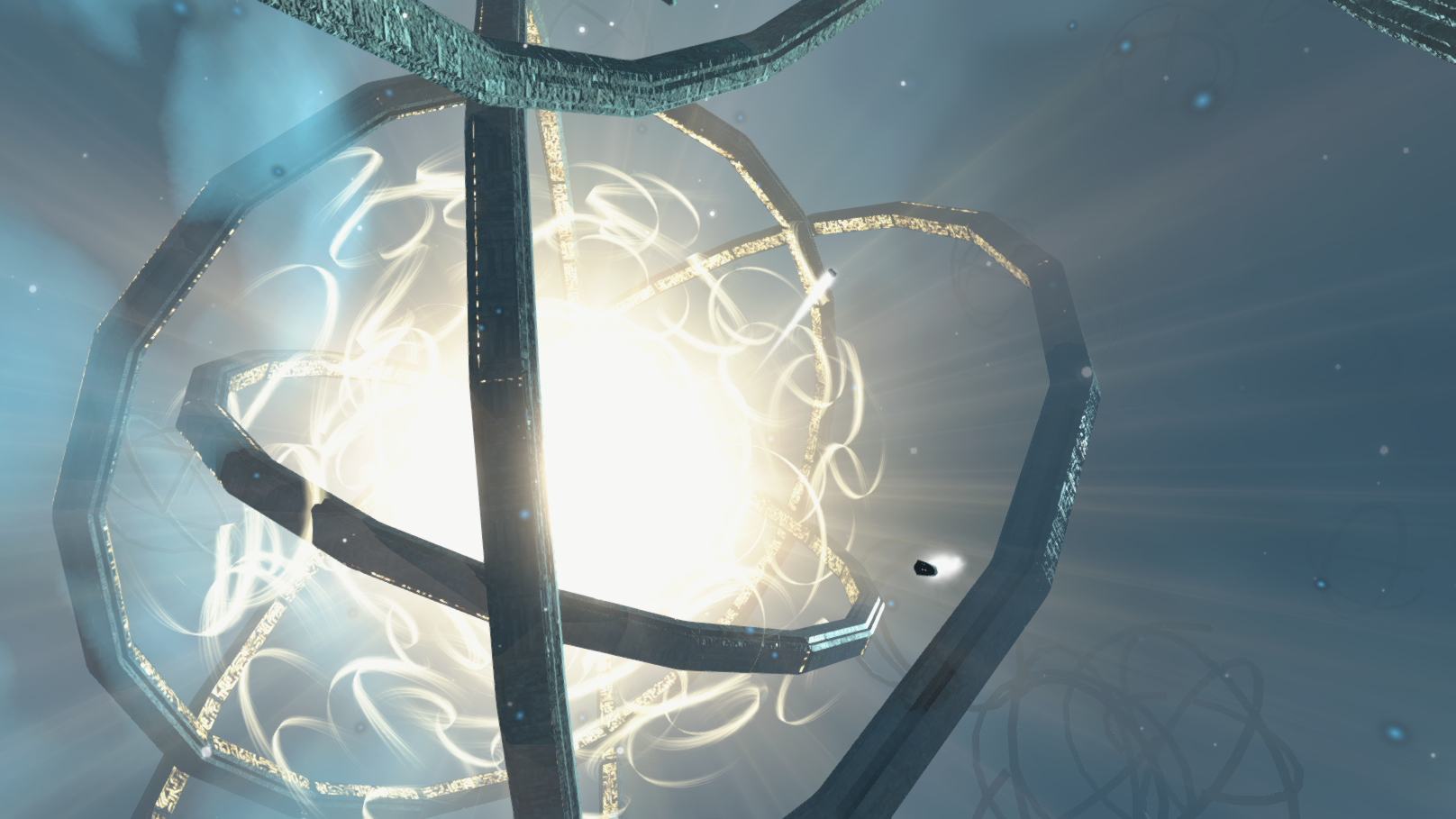 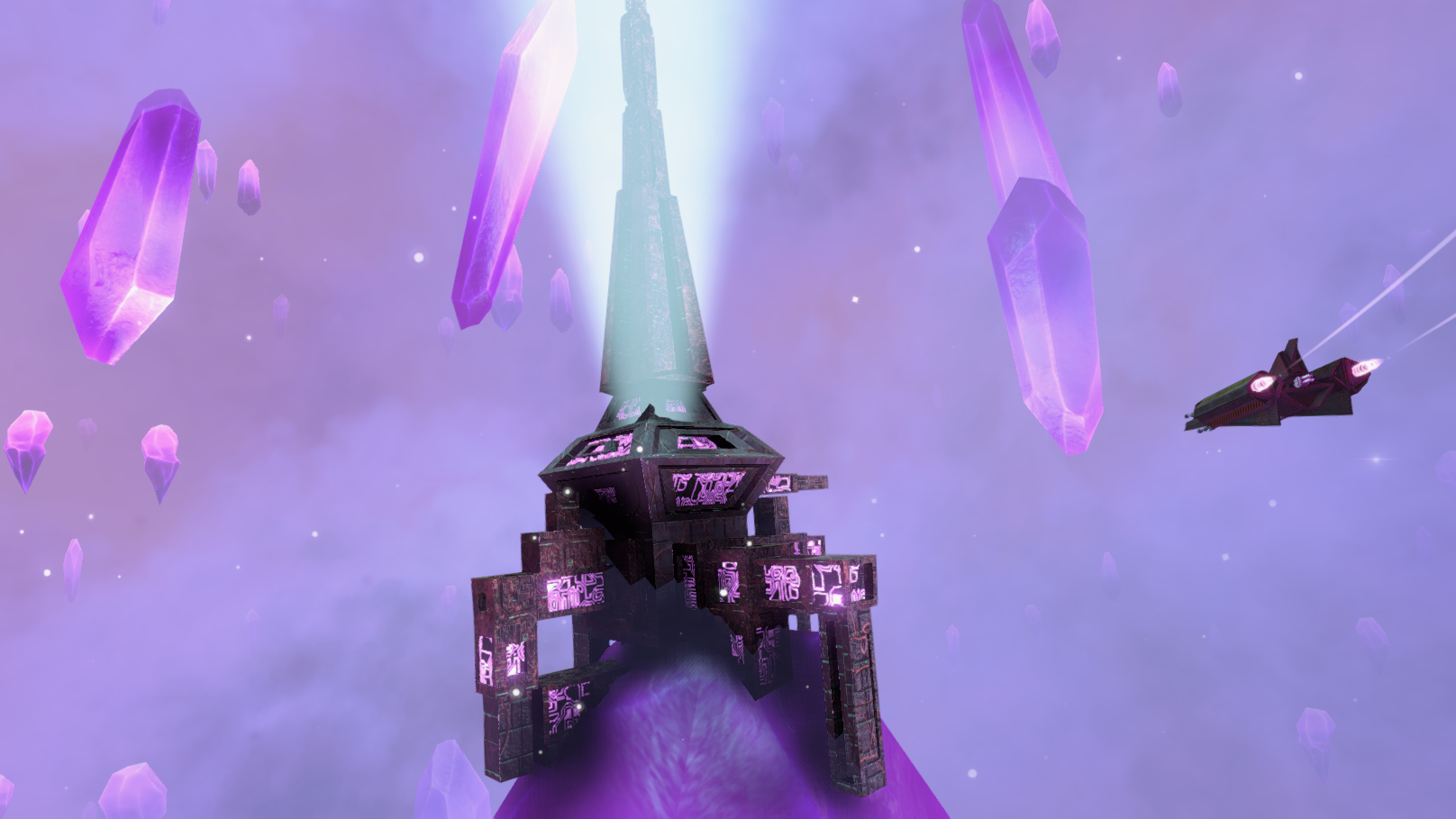 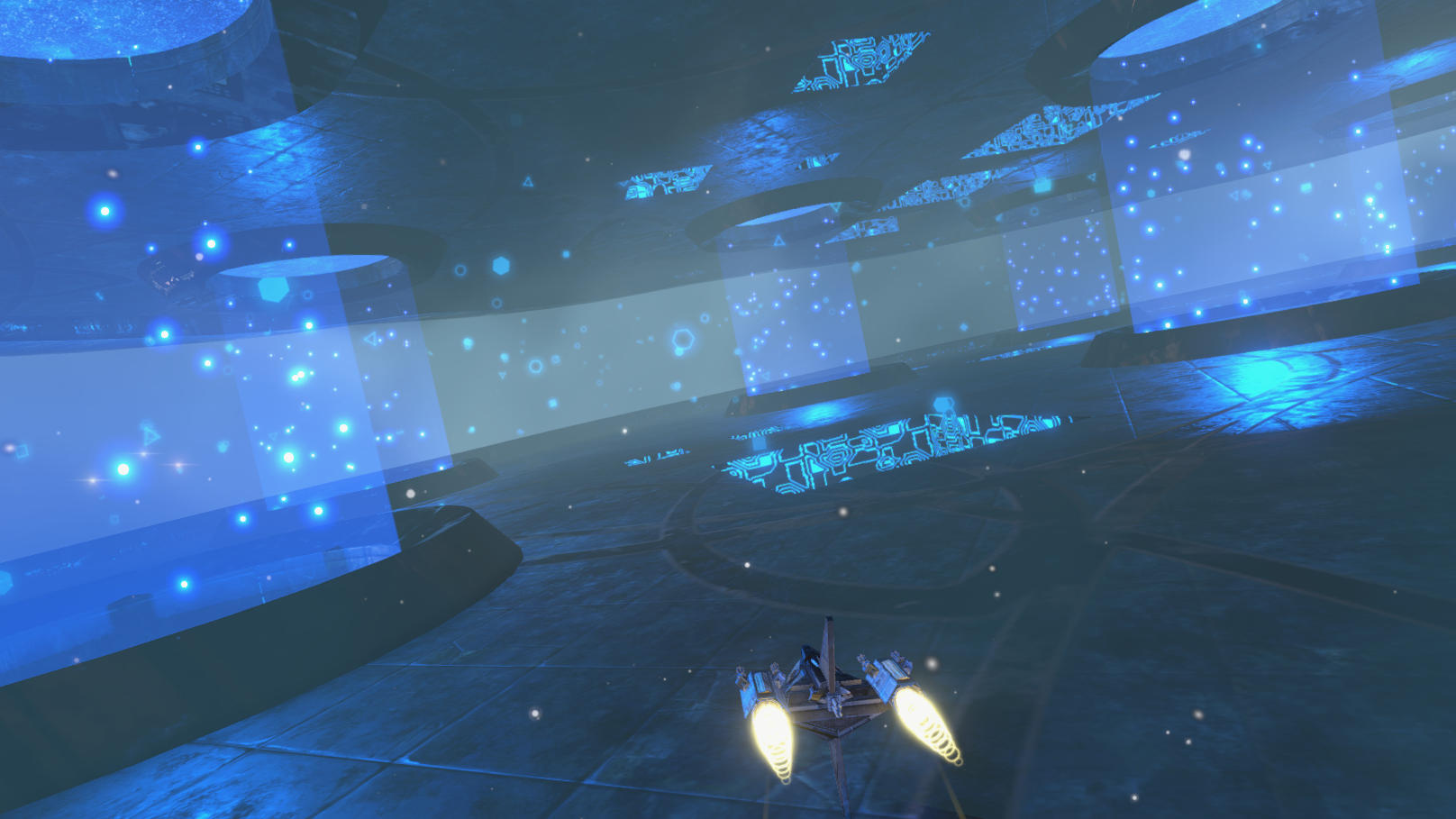 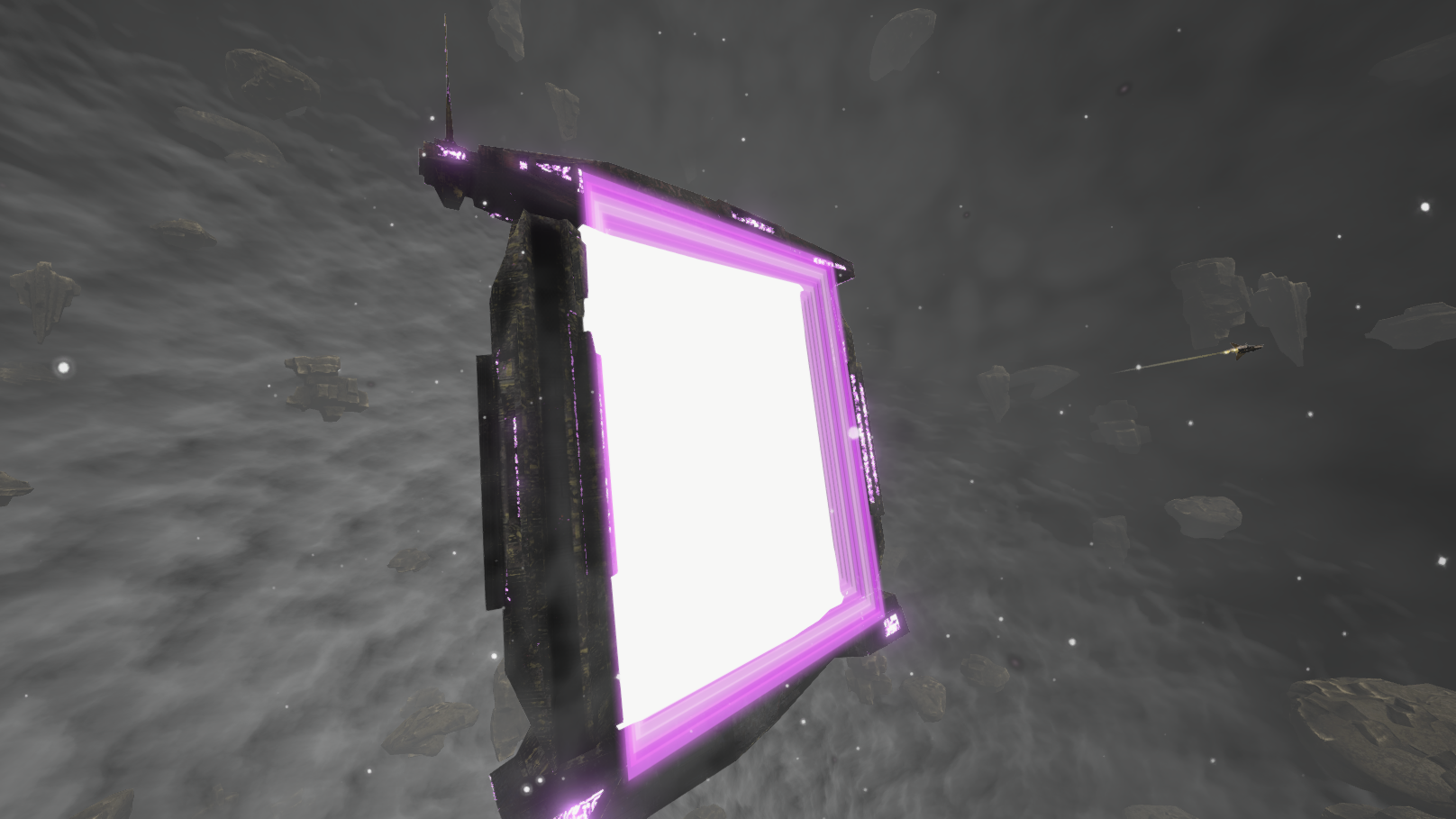 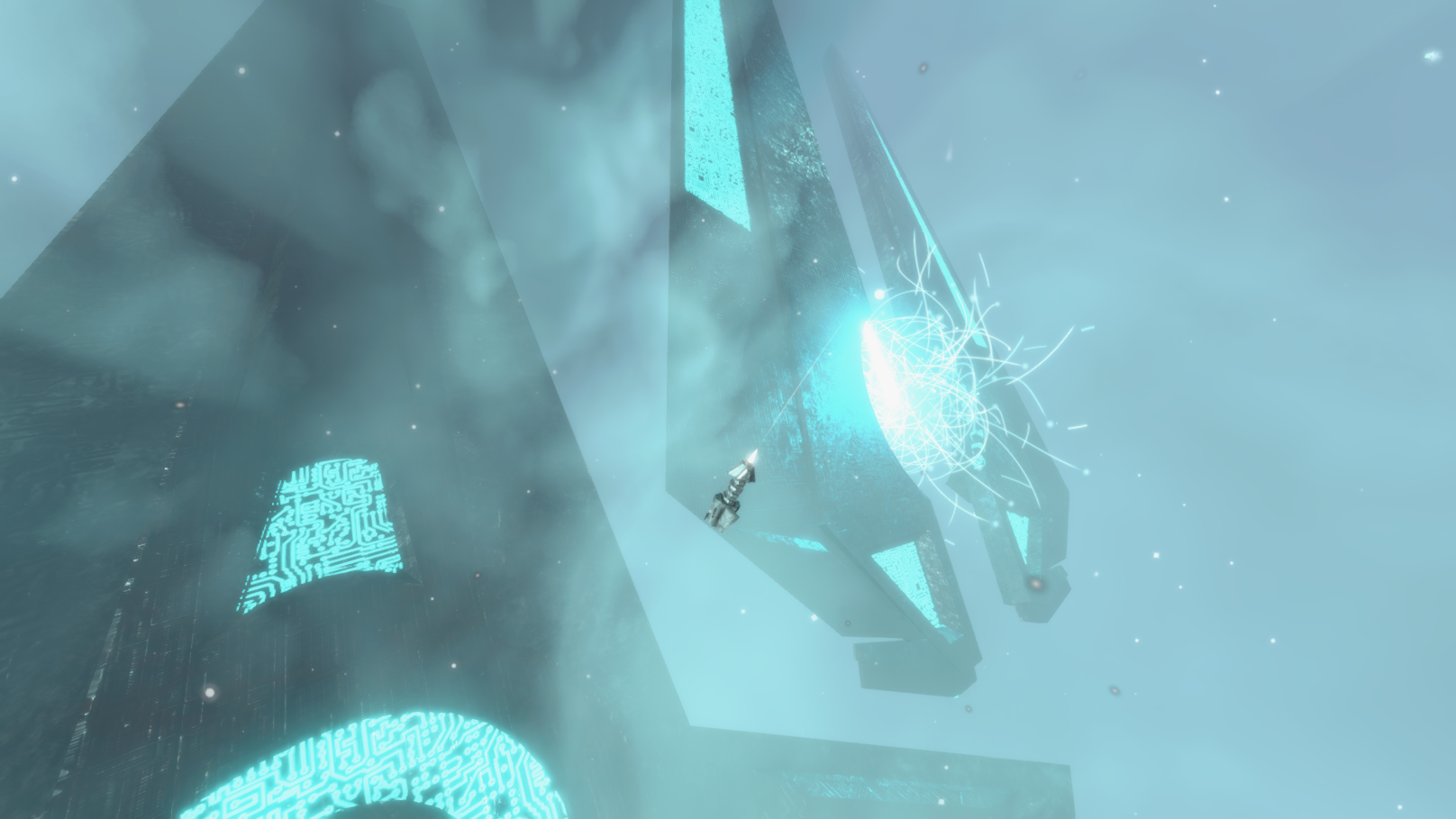 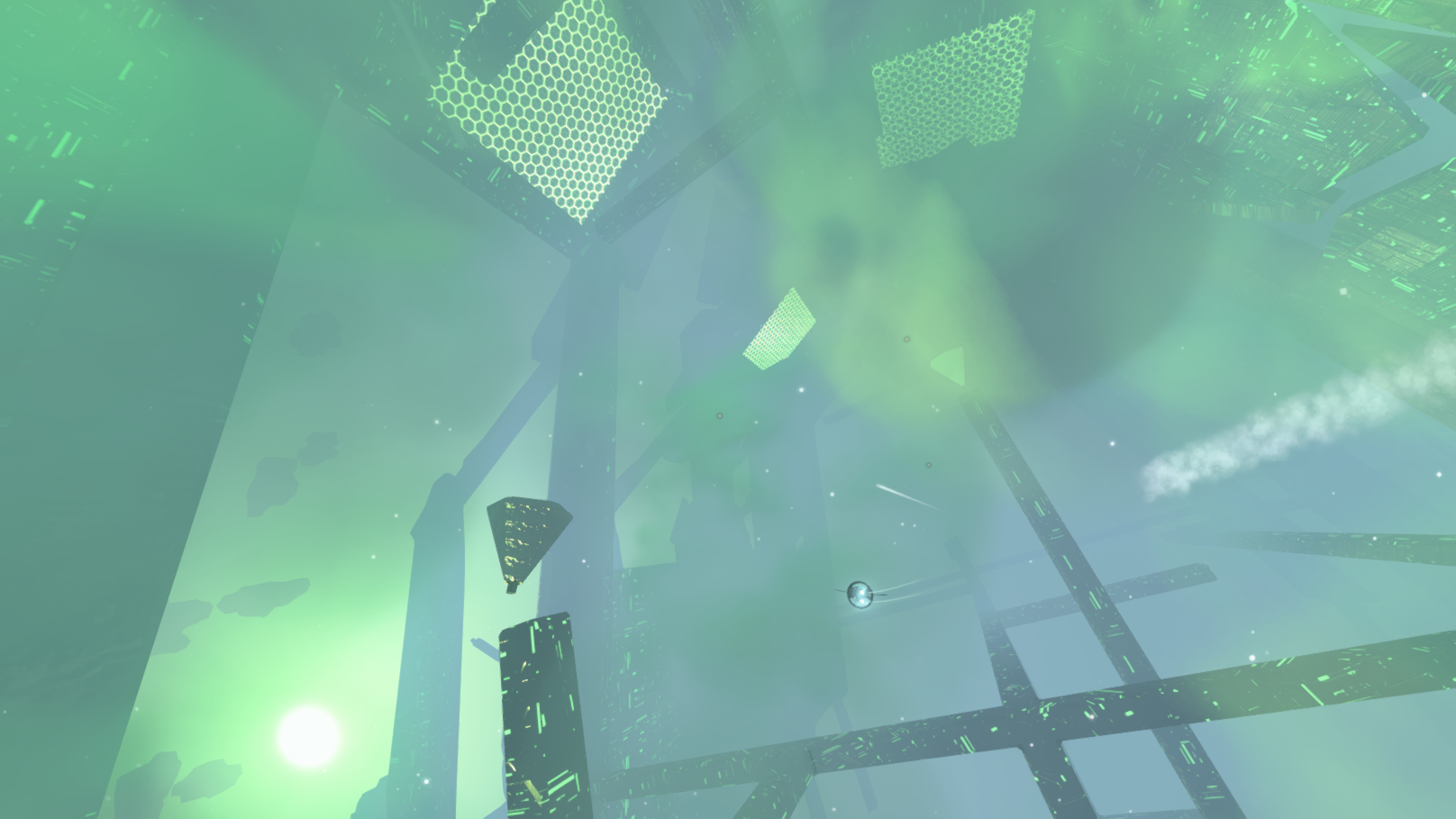 Next up for getting proper textures are bosses, that’ll be fun!

In an effort to preserve my sanity, I also spent the time doing some non-quest related things. Station descriptions now properly display things with COLORS, like what ships you’re able to afford. Certain station UIs now have animations too. 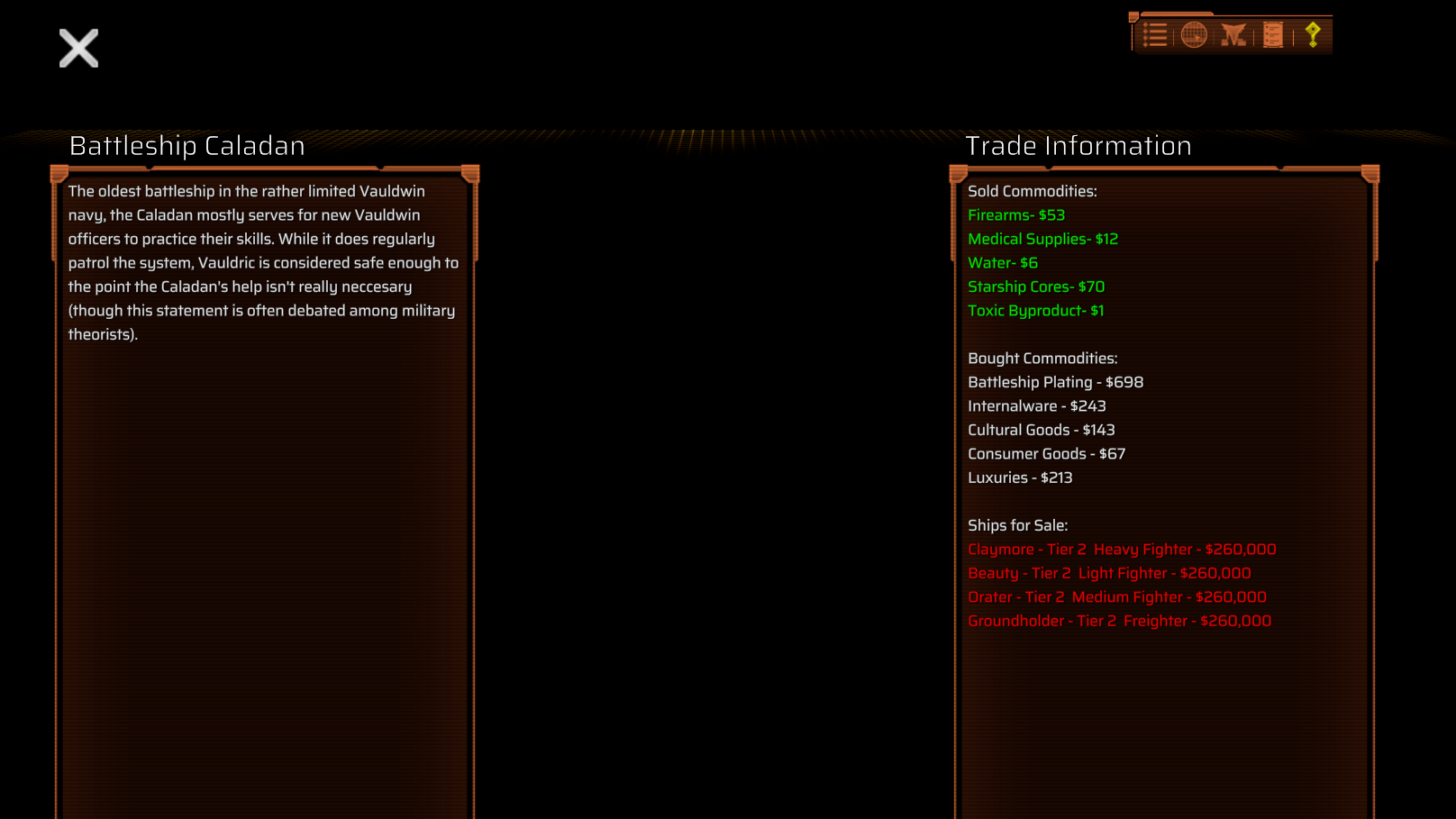 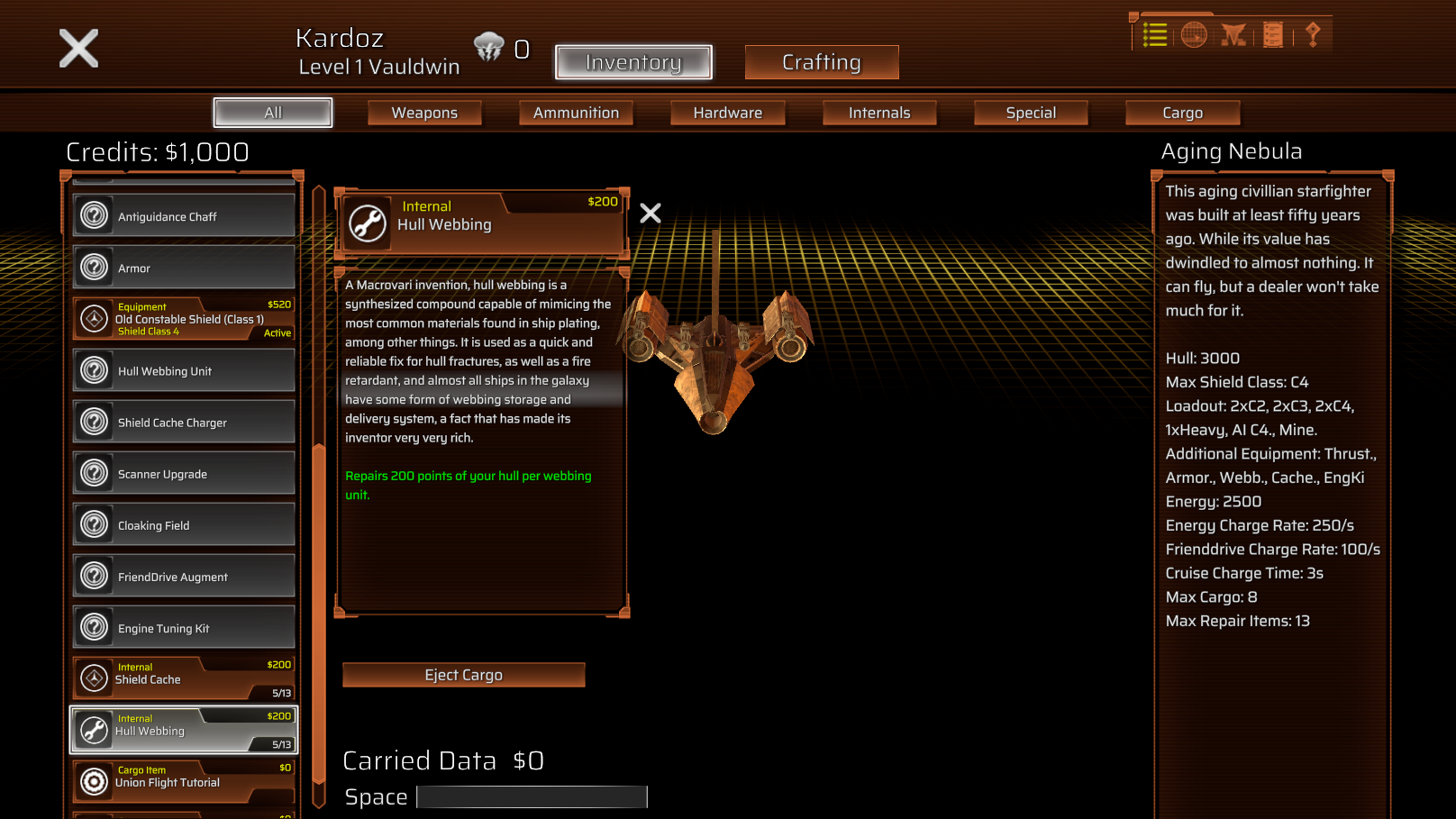 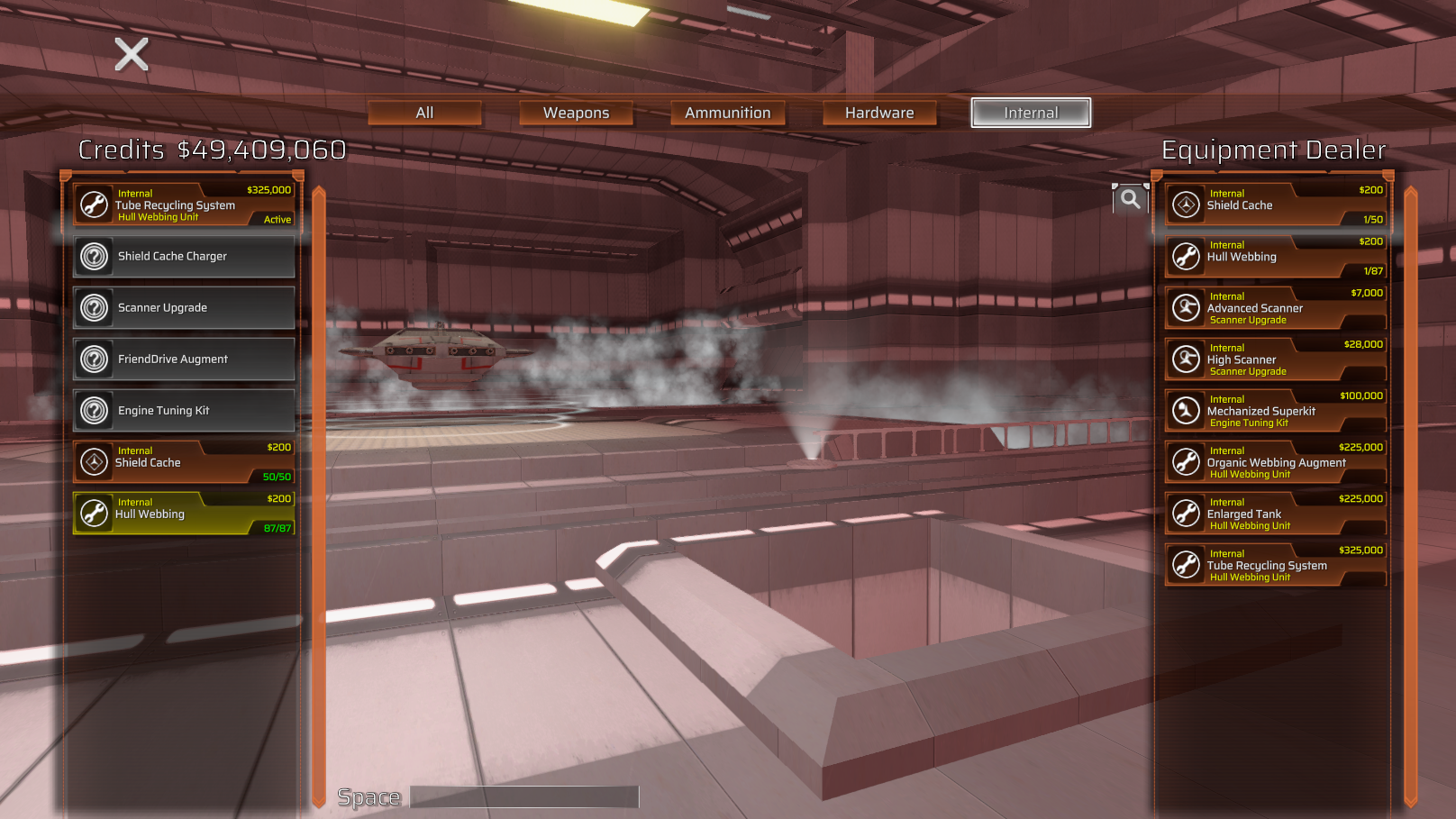 Storms have lots of improvements now too. Ones that spawn bosses will automatically shift your target to said boss, and approaching a storm now plays appropriate music, and treats it like the battle it is.

And last but not least, a few assets. We’ve got a lot of various new characters and monsters. You’ve heard of chest mimics, but how about… space station mimics? 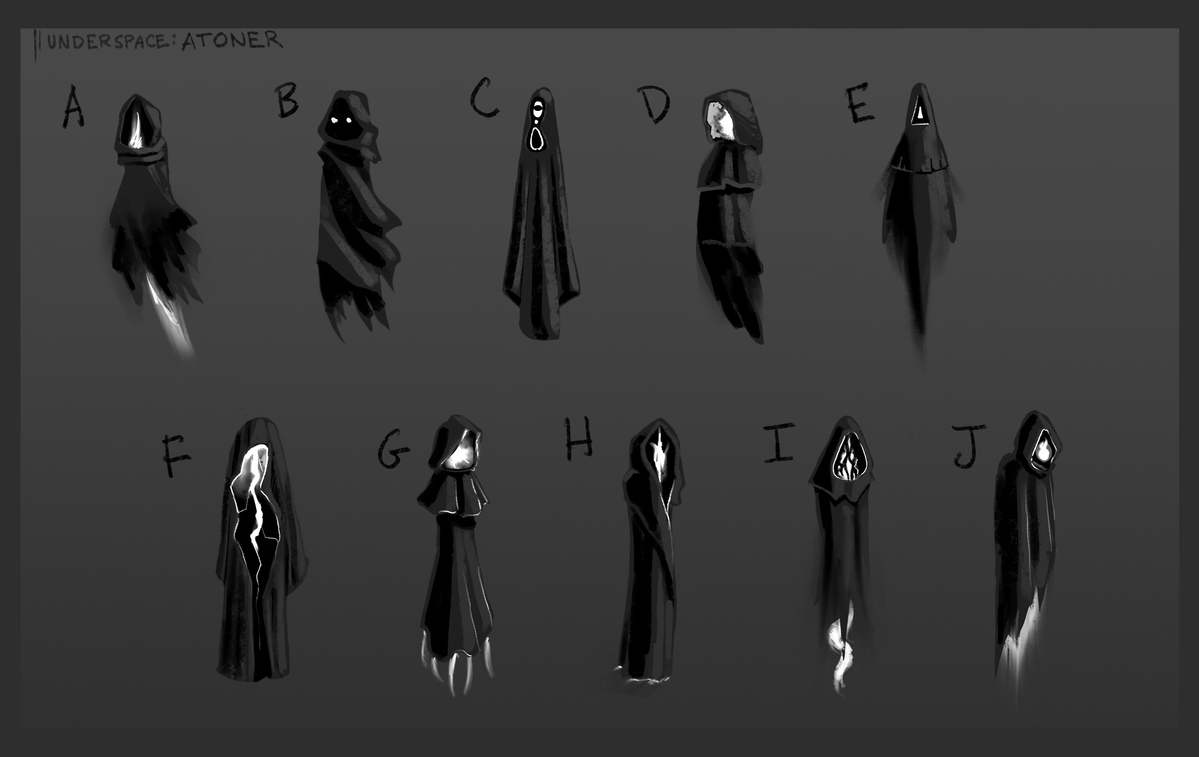 Also, space taxis and new models for things like say, computers and such. 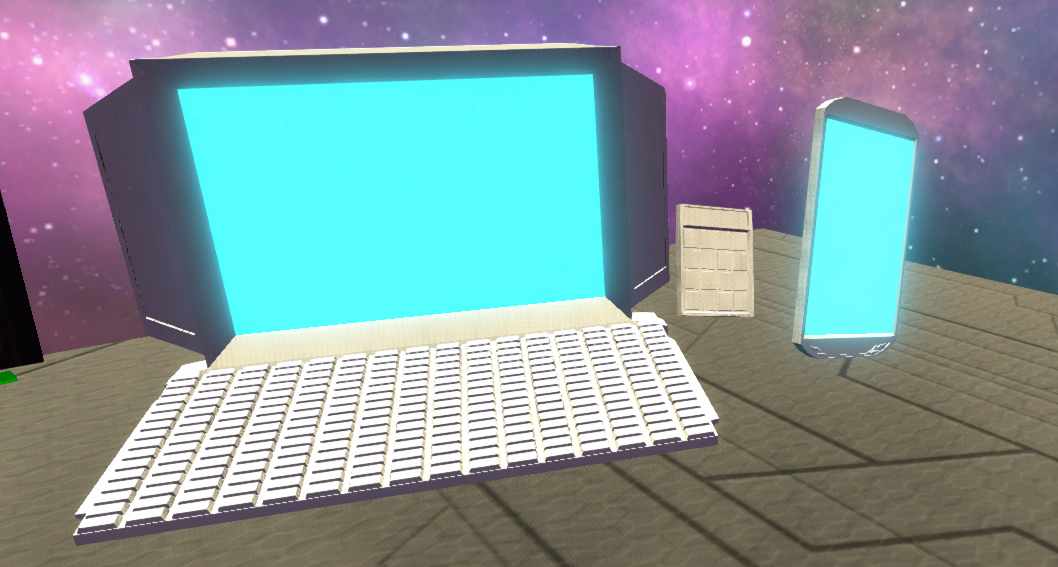 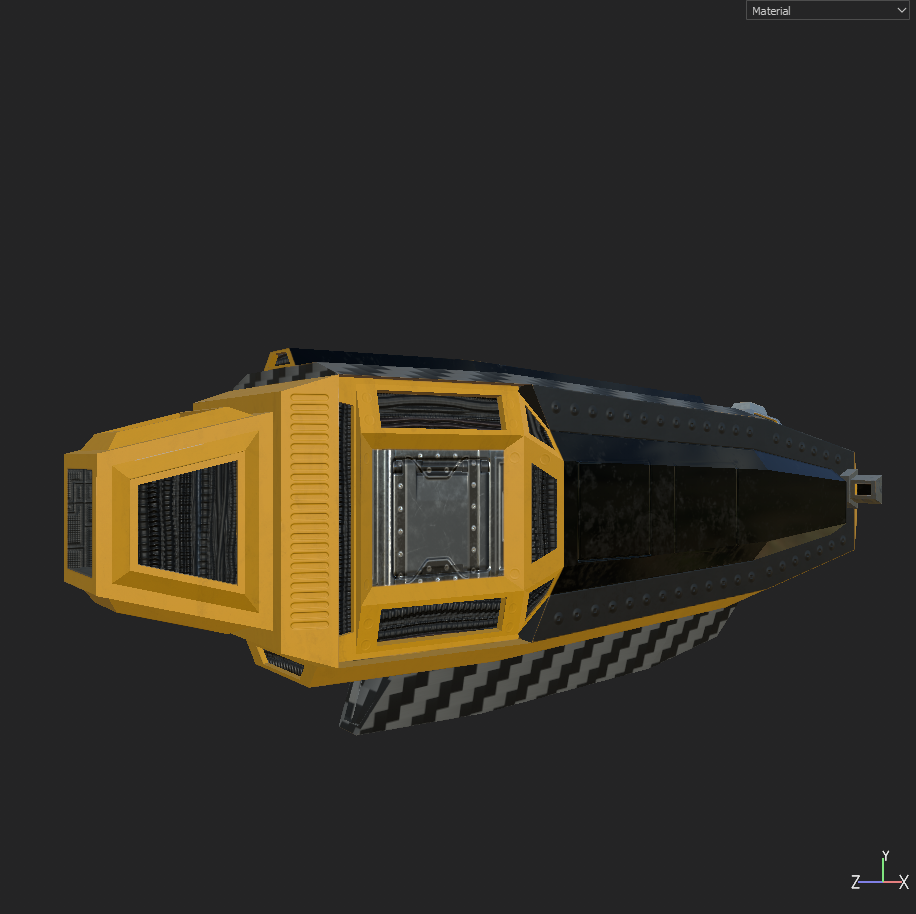 That’s all for this month. Check back next month, we’ll have more quests, textured bosses, a new demo, and more!

We've got our yearly overview AND a new demo out and ready. Plus progress and more! Come check it out!

Ancient space forests, Curshian Death Cubes, and capitalism! It's the end of the year and we have a LOT of progress to share, come see!

Shipwrecks, star trawlers, and a new demo are here! Check out all the progress in this month's progress log, which is full of progress!

Evil twins, giant squids, and multiplayer menus! It's October, and we've got progress to show!

The MAc version of demo 1.95, which brings new character and world interactions, along with a host of bugfixes.

The Linux version of demo 1.95, which brings new character and world interactions, along with a host of bugfixes.

The PC version of demo 1.95, which brings new character and world interactions, along with a host of bugfixes.

The Mac version of demo 1.9. This brings in a lot of optimizations, changes, and improvements to world detail and interaction. Check the full changelog!

The Linux version of demo 1.9. This brings in a lot of optimizations, changes, and improvements to world detail and interaction. Check the full changelog...

The PC version of demo 1.9. This brings in a lot of optimizations, changes, and improvements to world detail and interaction. Check the full changelog!

Hello! As a heads up, we will no longer be posting smaller patches and monthly development updates to IndieDB. Very large demo releases will still be added on rare occasions.

The game is still due to be out, but you can follow future development of it on both our itch.io and kickstarter pages:
Pastaspace.itch.io

Any chance of this game becoming multiplayer?

Alright, this sounds intriguing. Does the game run like X3 or like something else? Is it full sandbox, procedurally generated, or is there a linear plot?

I'd say the game is closest to Freelancer. It absolutely is NOT a clone of it in any way though. Understand?

It's an open world space game, the world is entirely handcrafted with over 70+ star systems, and content ranges from various side-stories and points of interest, full fledged quests, randomly generated one-shot missions, and a linear campaign for both singleplayer and multiplayer.

Demo 1.7 will be out October 8th, mark the date and tell your friends!

Quick Question: What are the PC system requirements for this game?

You can check the minimum requirements on the Steam page, here:
Store.steampowered.com

But the basic rule of thumb is if you can run a Unity game, you can run this. It's not going to run on a laptop from 2006, but most modern computers will be able to run it at a decent framerate.