It's May! Spring is here and we've got progress to show off! Come check it out!

That infernal goblin-man, Mr. Worldwide Pandemic, has crept its ugly fingers into our lives. Juggling development of a game and its assets alongside the constant looming threat of viral death tends to slow things down. Rest assured, we’re safe and sound and have plenty of toilet paper and… I don’t know, facial cream? Are people buying a bunch of facial cream? It feels like they would. Well whatever they’re running out of we have plenty of, don’t worry.
The main point I’m trying to make is that things have slowed up a bit as we all struggle to adjust to this new normal. Not as much progress on… anything really, has been made as I’d like it to have been made.
The current goal right now is of course, demo 1.7, which involves the first initial bits of character modeling and the campaign. The initial and essential resources for that have just arrived, but it’ll be some time before they’re set up and ready. I’d like to give a tentative release date of “Summer” for 1.7, but given how this year is going I’d fully expect a meteor to strike Earth before that time.
Onto less morbid topics, let’s see what’s been done this month. As always, this is a paraphrasing of the full devlog, which you can read here.

Last month I talked about adding racial elements for the Ballden and Macrovari. This month the final main race, the Ijuni, get their own racialized treatment, in the form of massive space cliffs, glowing cacti, and of course the ever-popular space windmills. 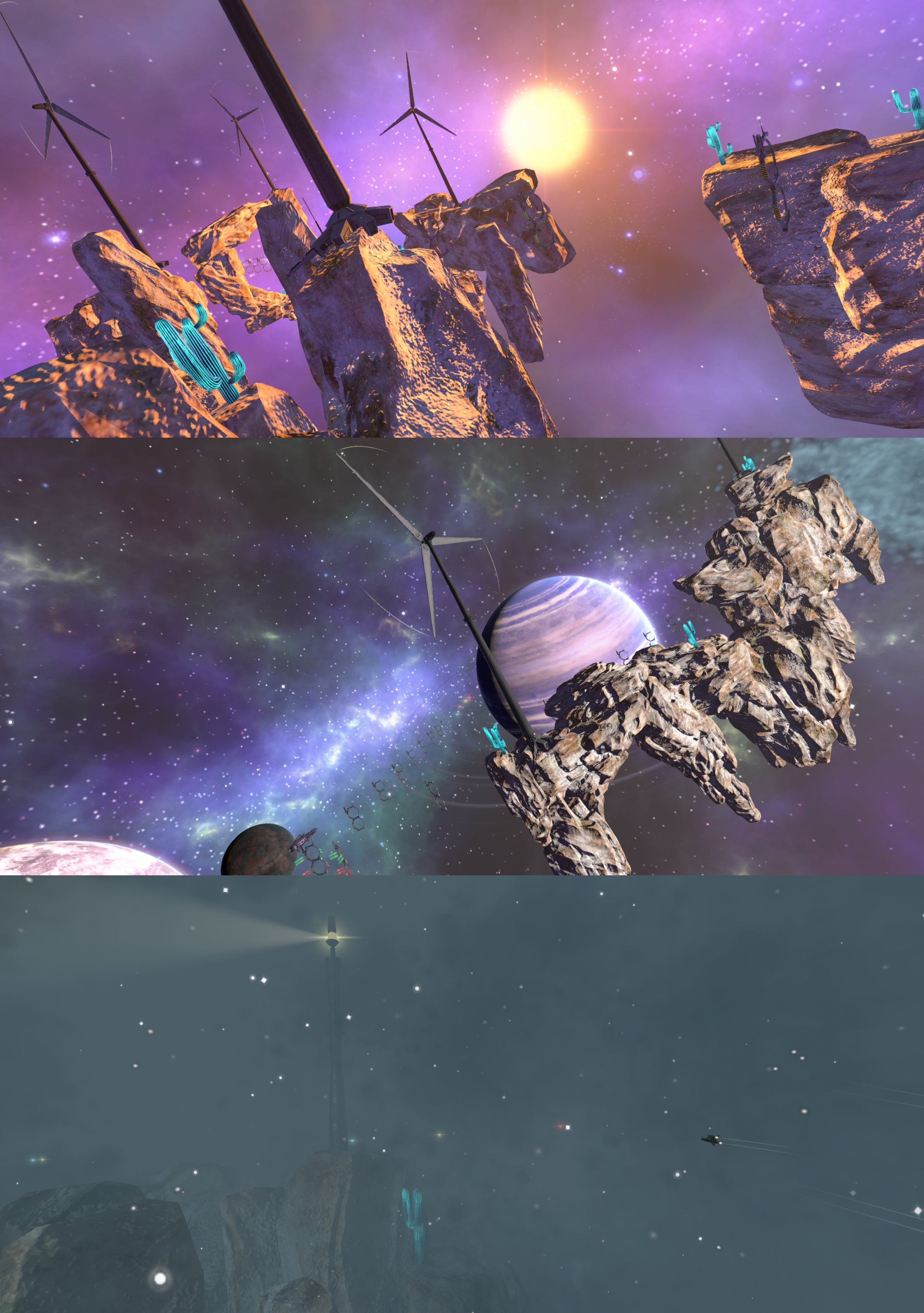 And of course a detailing pass means going back over existing skyboxes and redoing those to an appropriate state, to be more readable or match the lighting or theme of that system. 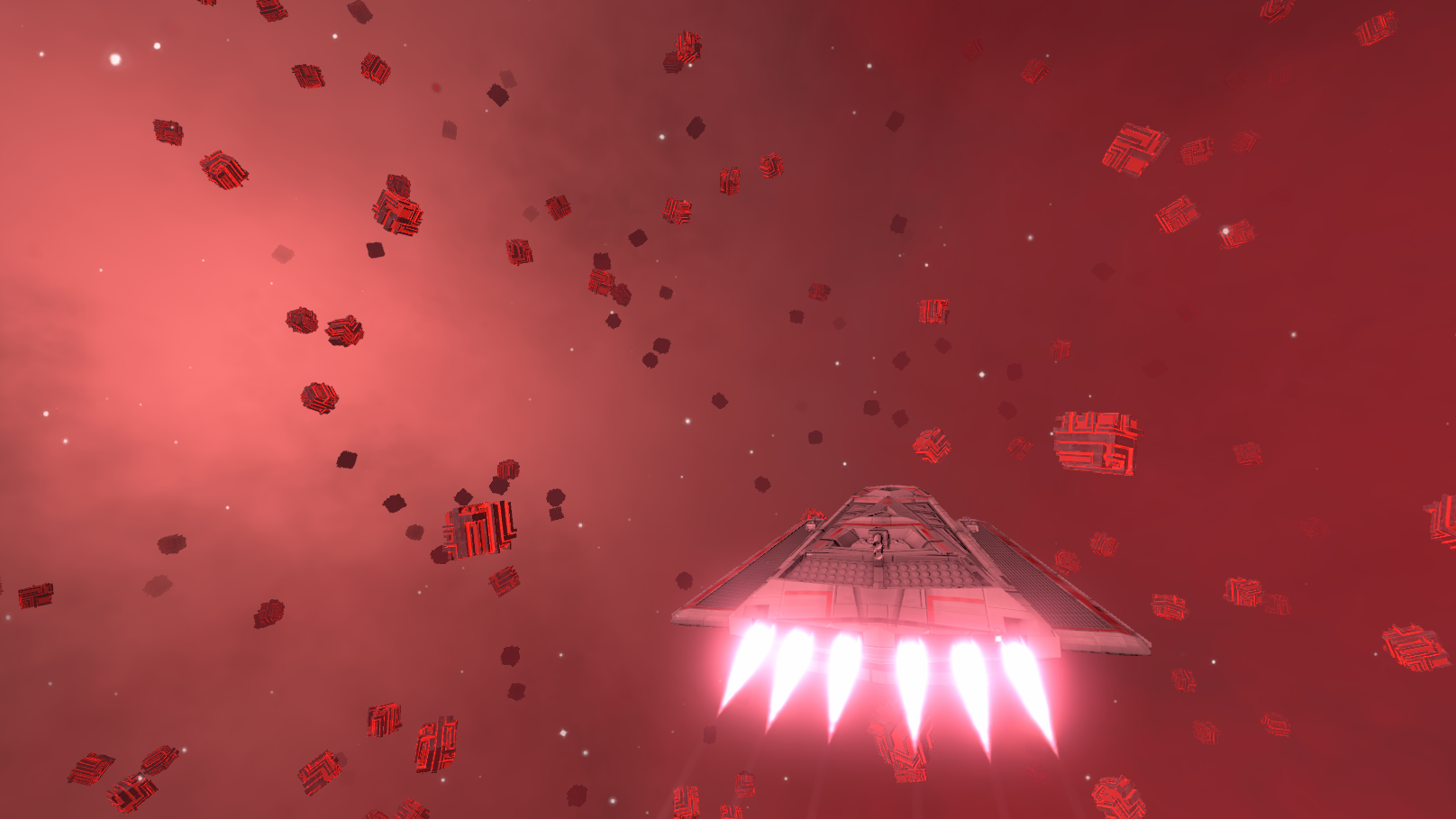 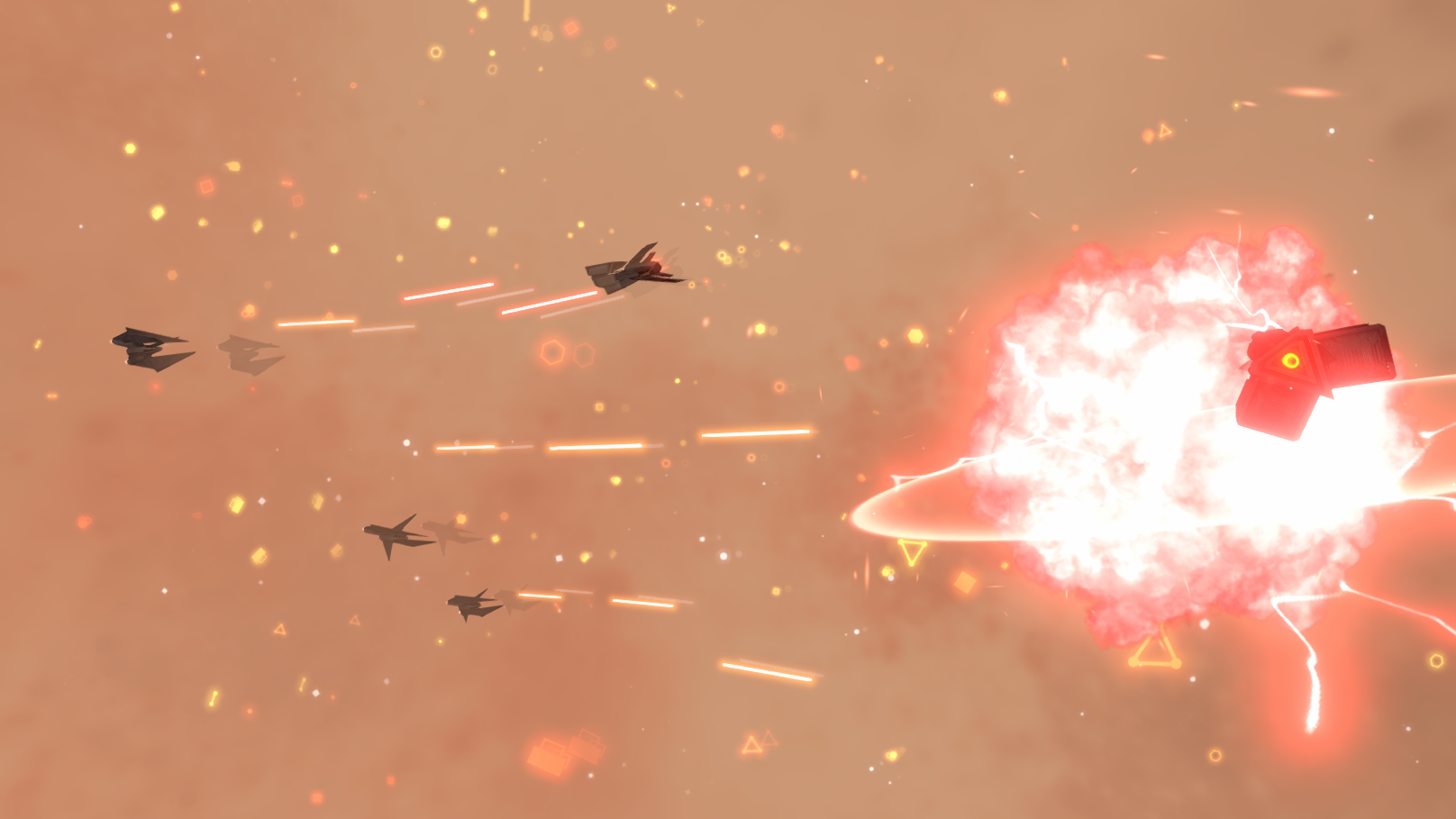 Players who have played a playthrough of demo 1.6 will notice that our options and save menu was lacking the same flair as the rest of the UI. We’ve fixed that, and added some new functionality to menus, like more detailed save information and the ability to sort by date or name. We’ve also added some missing keybinds, and split it up by category. 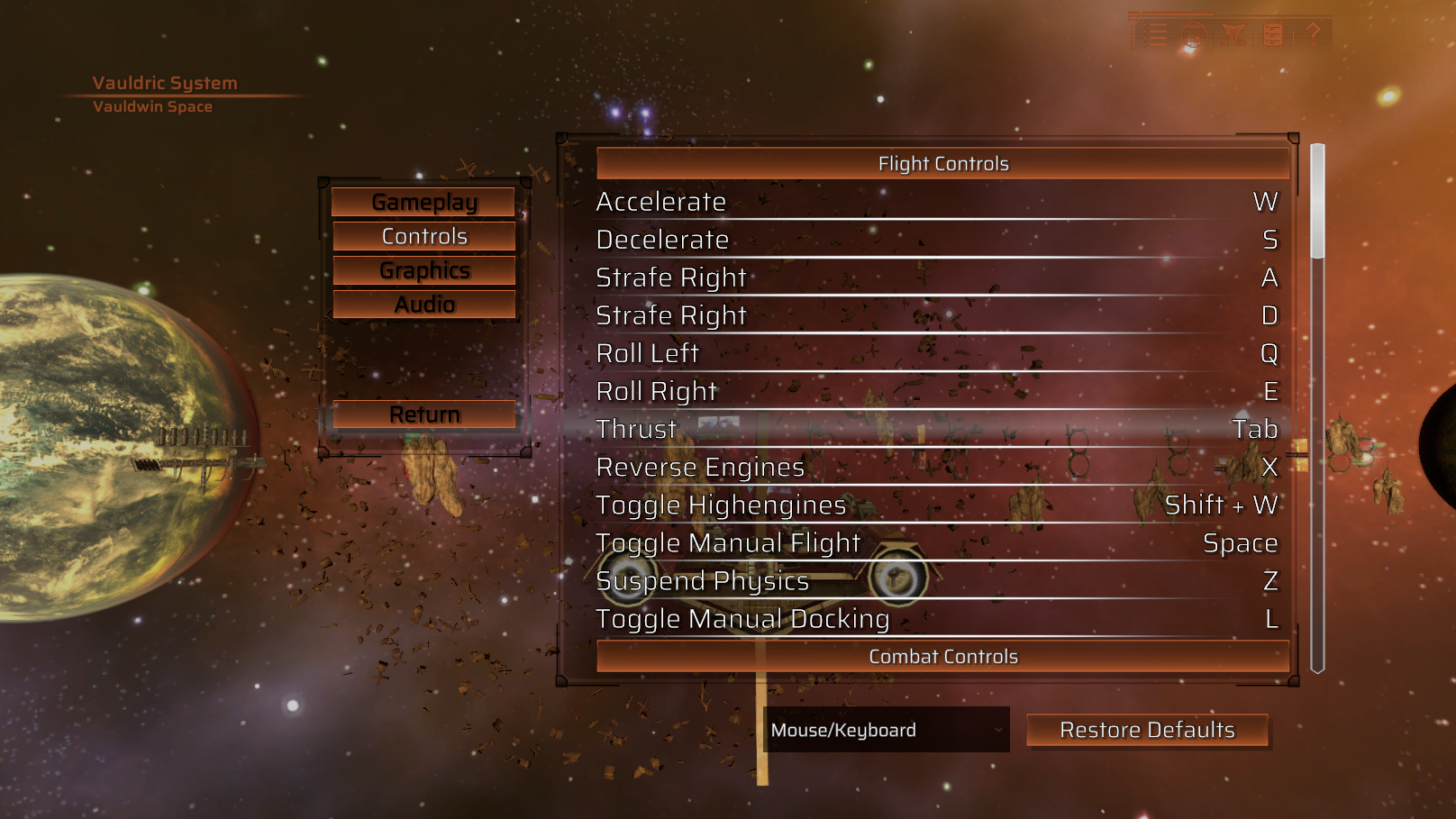 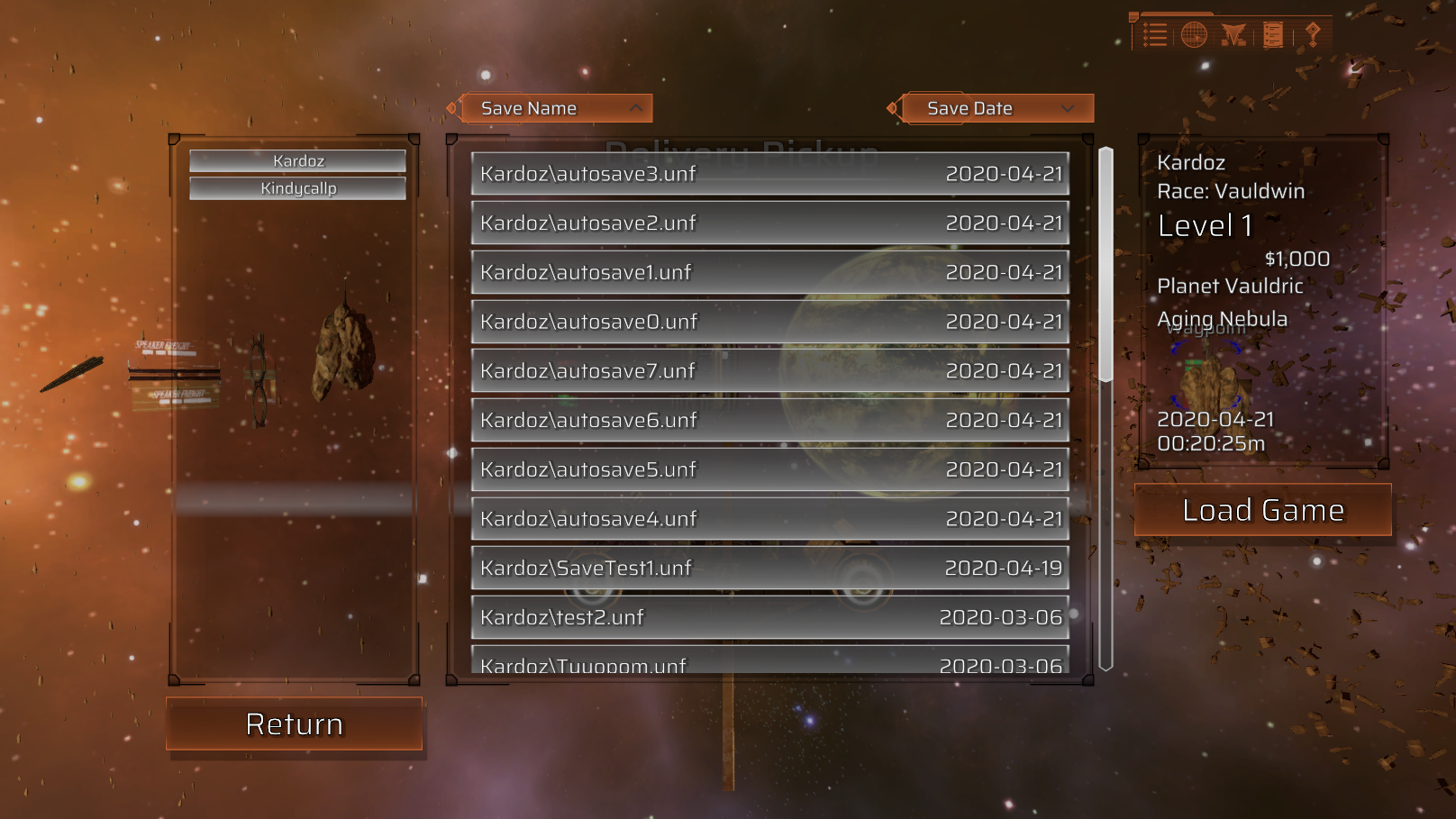 In terms of unrelated UI stuff, we redid the server browser’s UI and added better support for non-widescreen and ultra-wide resolutions, you won’t experience the server browser in the demo at any point (the demo will never have multiplayer), but our multi-monitor users will definitely appreciate bigger monitor support.

Lots of little bits of progress done over the month as well! Some of these were requested features, like a navmap search function, others were things that annoyed me that I wanted to change.

For example, I’ve redone a bit of the UI for ship-trades to make it clear if you’re going to lose money or not, while also fixing station prices and some bugs with trading. 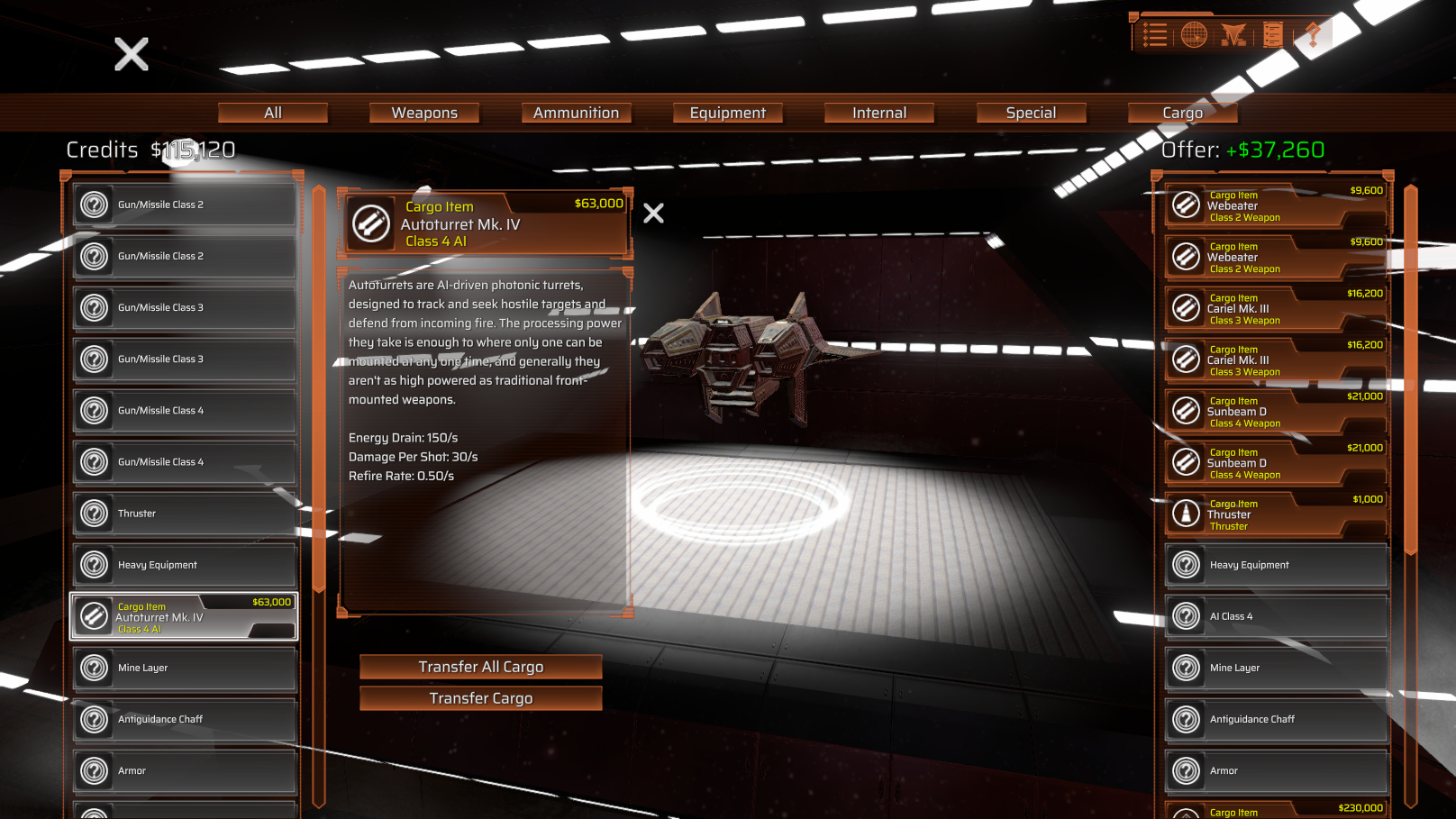 I’ve been doing a lot of salvaging lately, which made me realize that bullets should curve towards wrecks (similar to how they’re handled for mineable asteroids), and that cargo boxes should have indicators on them, similar to ships.

Leading pips now show up on ANY hostile ship, not just ships you’re in a committed relationship with! 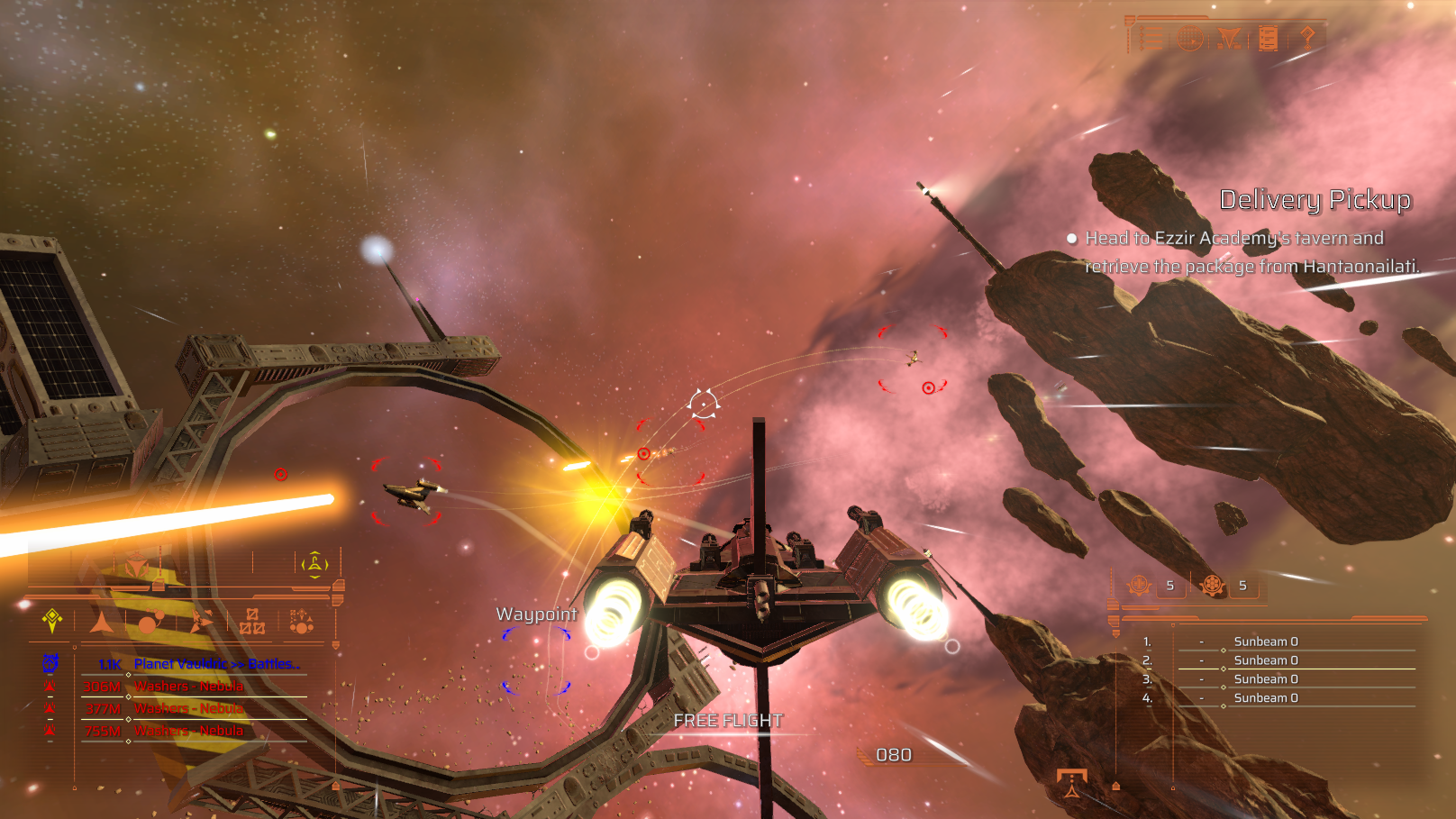 Speaking of relationships, if you form up with convoys now, you’ll be able to dock with the lanes and gates they dock with. Spiffy.

And of course, a programmer’s work is never done. We’ve fixed plenty of dialogue bugs, issues where freighters couldn’t be customized, some asteroid issues, and much much more.

And finally, lot and lots of assets. We got capital ships, we got wrecked ships, we got rusty wrecked capitalships from the days of old, and we got fixed textures on our stations! We also have the first bits of animation for our character models, take a look! 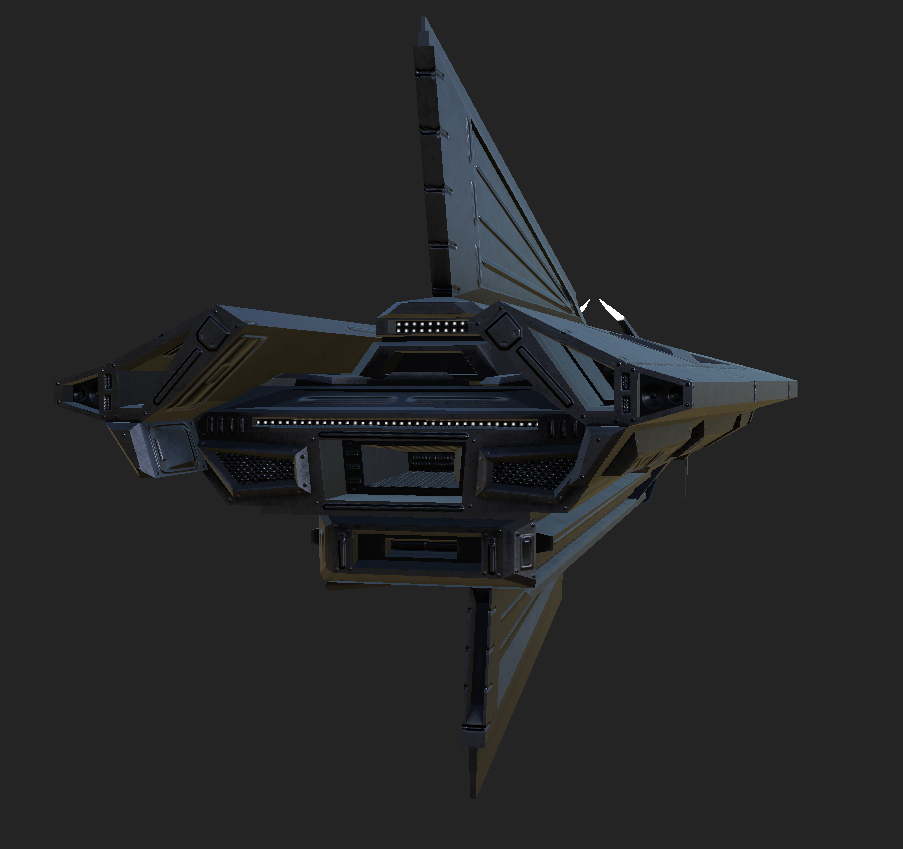 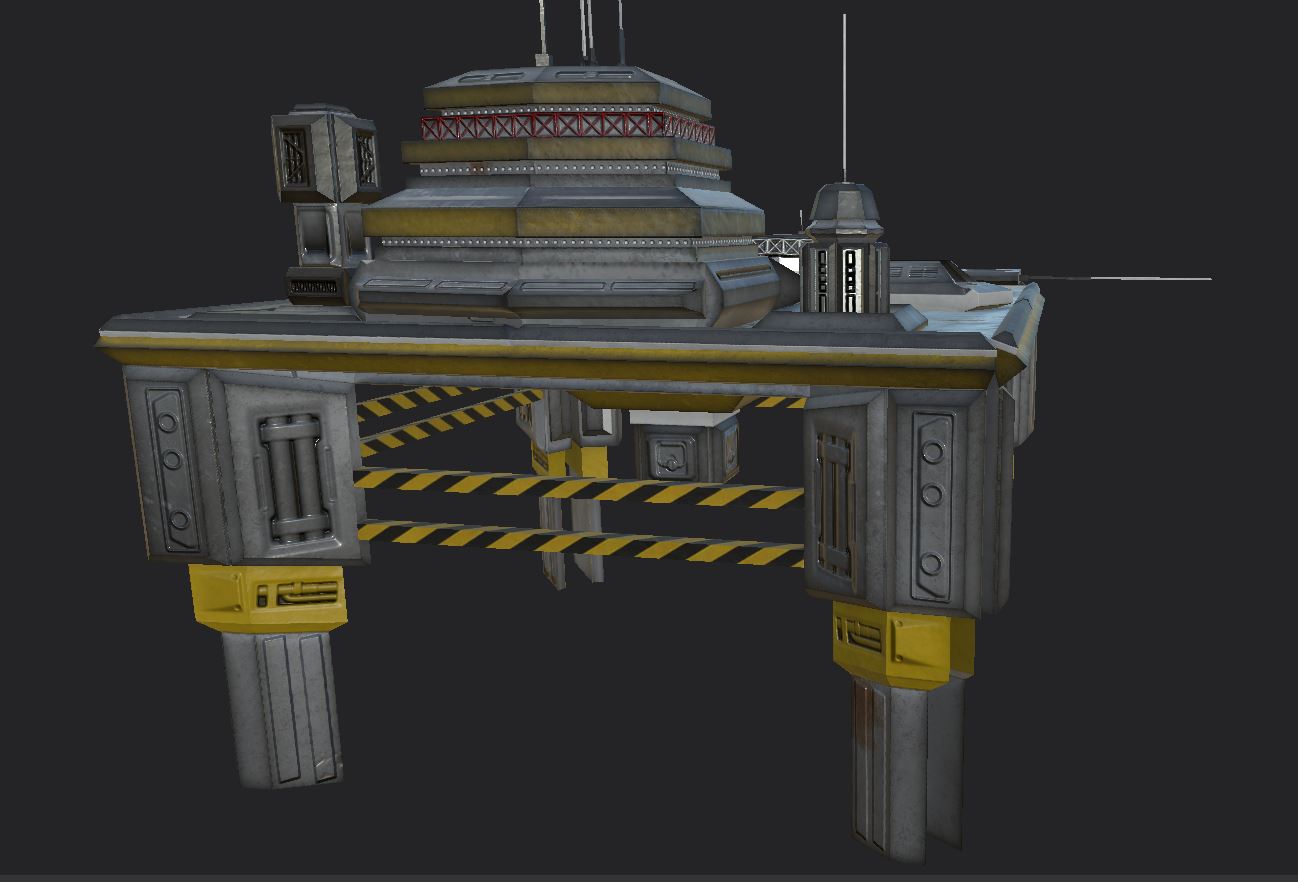 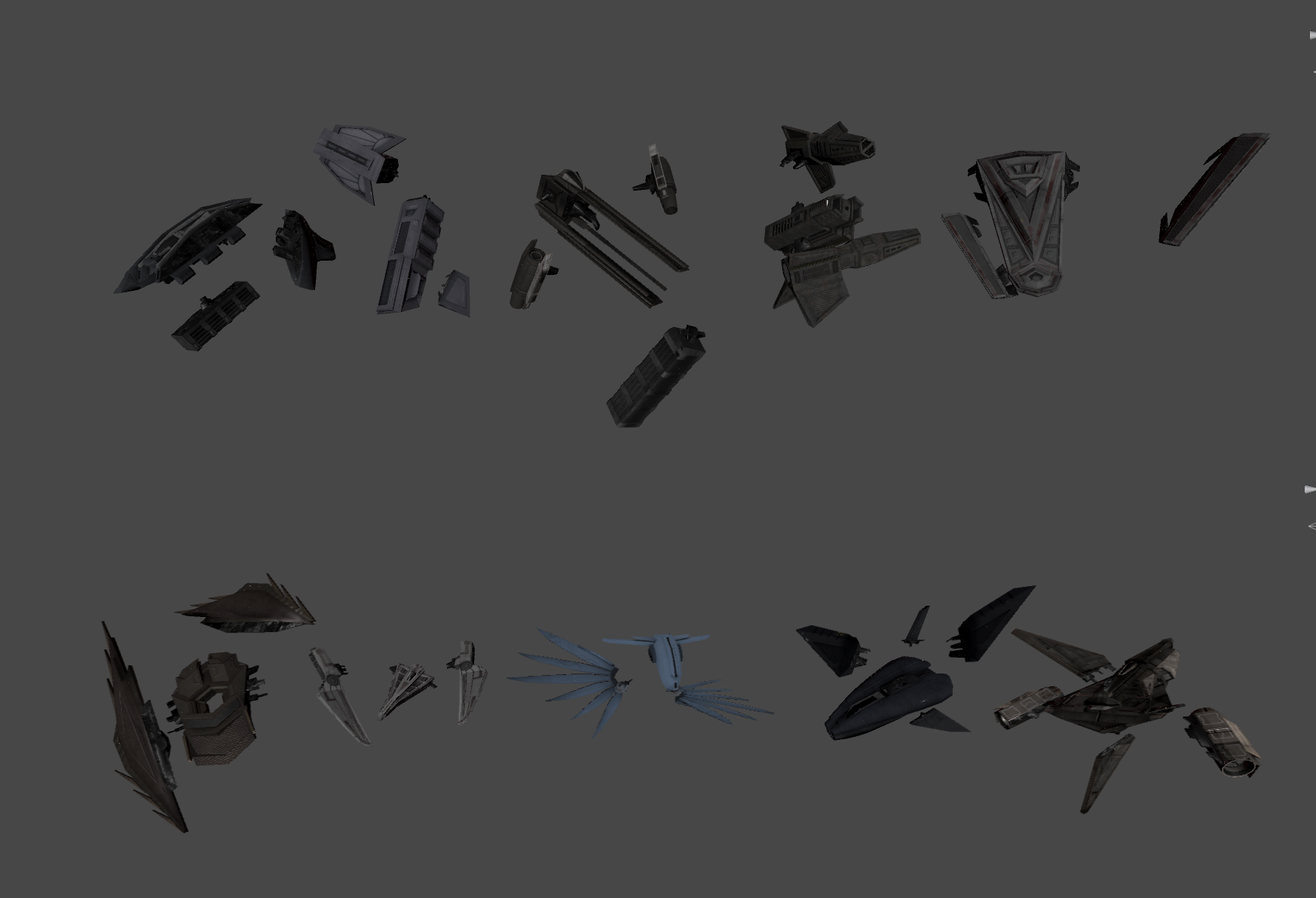 That’s all for this month, ideally next month we’ll have some more content and the first bits of the campaign to show off!