Wreckage, shadowspheres, and bottles! It's a big update this month, with BIG progress.

The good news is Demo 1.8 is now in the testing stage. Admittedly a large amount of stuff has to be tested to begin with, so there’s still no ETA for the next release. Of course, that next release will bring TONS of content, so I’d say it’s worth the wait.

Anyway, onto progress! As always this is just a paraphrasing of the main article, which you can read here.

Trash of the Titans

The biggest progress bit this month was capitalship wreckage. Making wrecked variants of these huge ships is difficult, as they don’t break apart as easily as say, a fighter or a transport, and need lots of little wreck pieces as well. 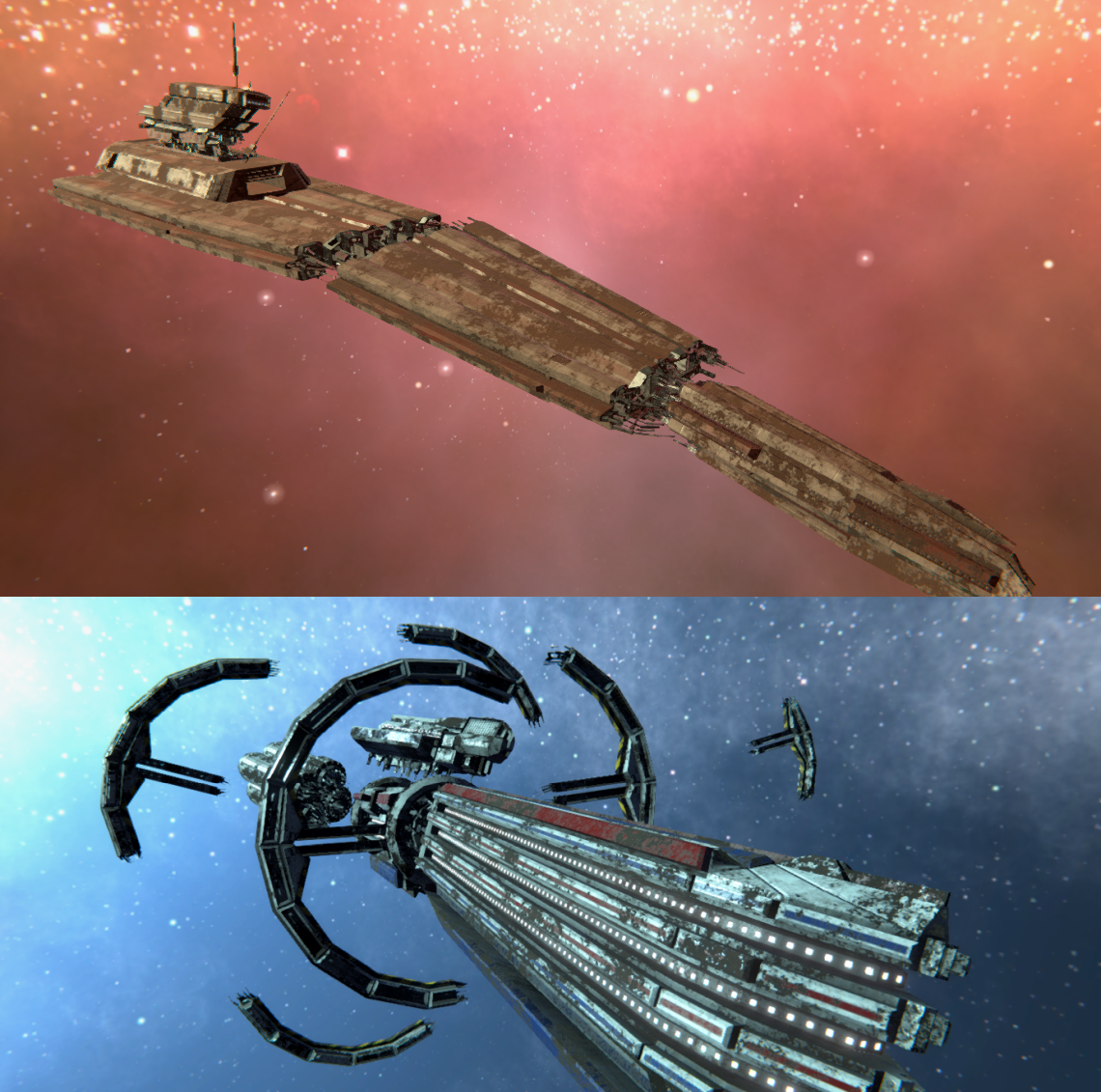 Thankfully, all the models are made and implemented in game where they should be. You’ll find huge abandoned derelicts out in space, their cargo spewed everywhere. But be wary, hazards abound, to say nothing of the cargo containers that are mimics. 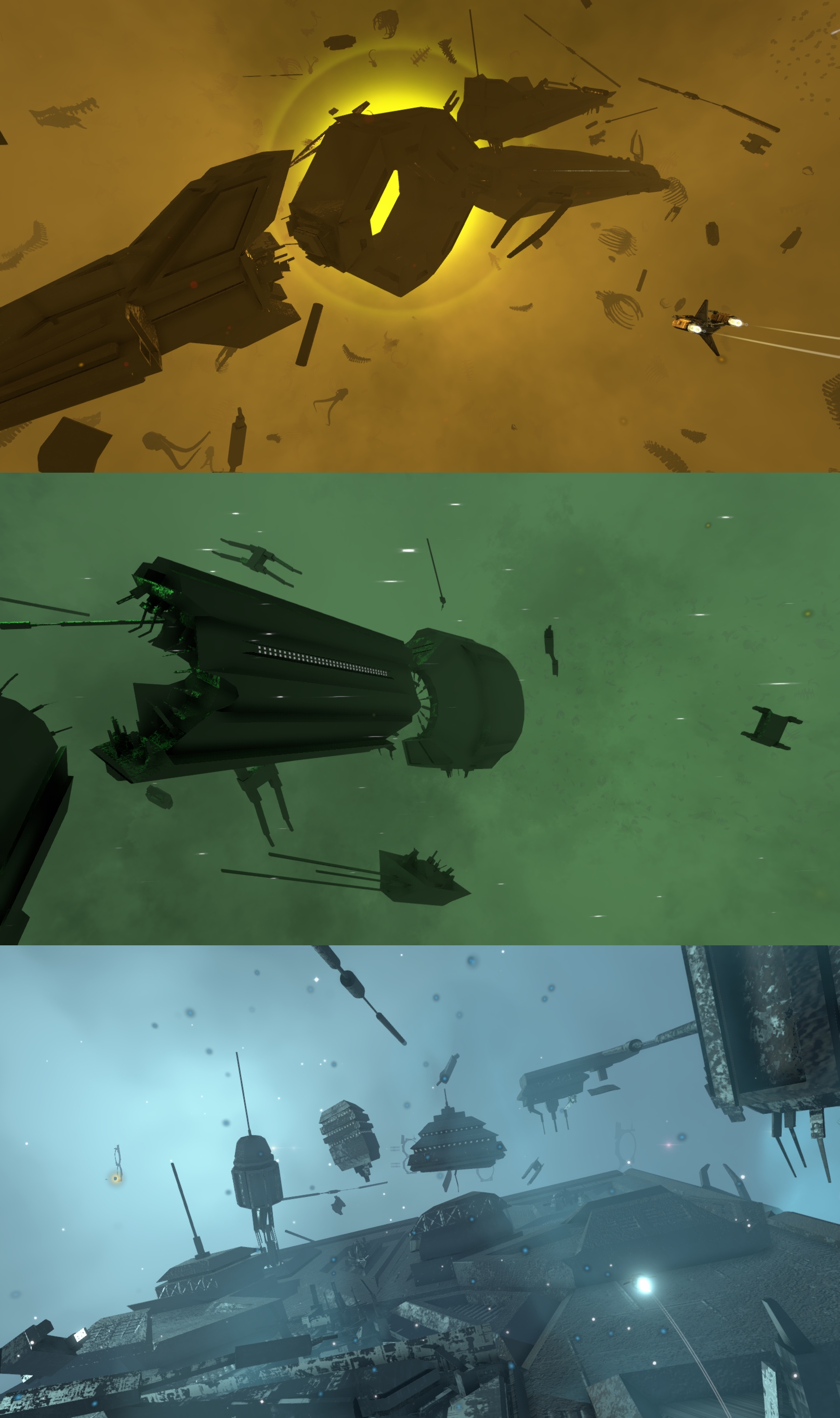 You can also scan derelicts and turn their data in at data centers for rewards.

Finally, a little unrelated to battleships but not entirely, was the need for capships that have a more rudimentary AI than your typical battleships.

These basic battleships, as I call them, don’t actively hunt down enemies, but will open fire on enemies if they’re within range.

Smart players will remember that the Macrovari regions had both power lines AND pretentious art sculptures, but said sculptures were on a back-order as we worked out the legal snafus because some other pretentious artist owned the copyright to the pigments or something. You know how they are. They’re in the game now though! 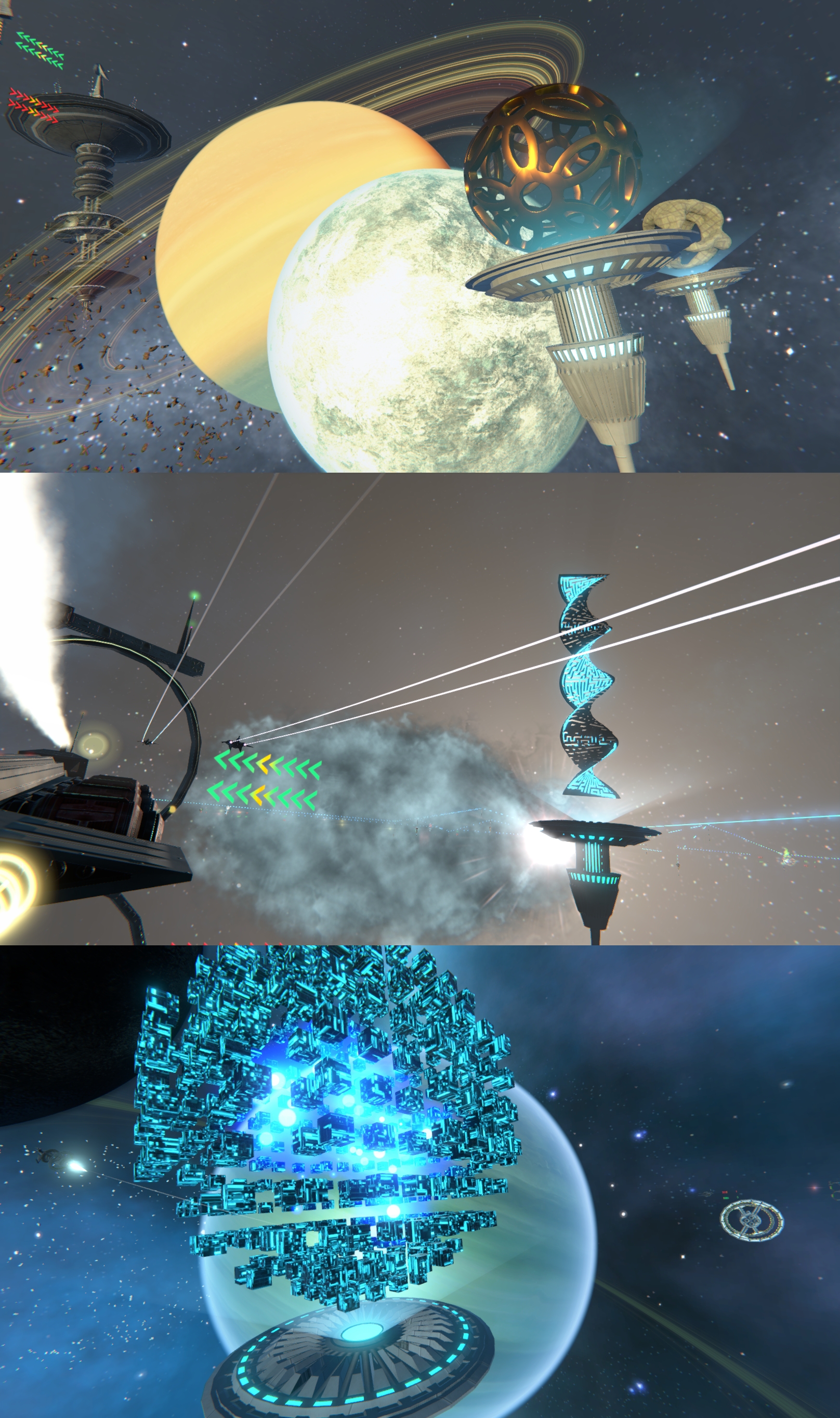 We’ve also been writing up a lot of quests and storylines. Nothing too concrete we’re willing to show here JUST yet, but we have added some stuff like headlights being able to activate objects, or damage certain enemies.

As we edge ever and ever closer to release, I’ve been going over game systems and either making sure they’re fully hooked up, or adding a few last minute QoL improvements to them.

For example, the ambient explosion system that happens when you fight in larger battles now works.

I’ve been redoing the in-game navmap for readability and utility, among other things. 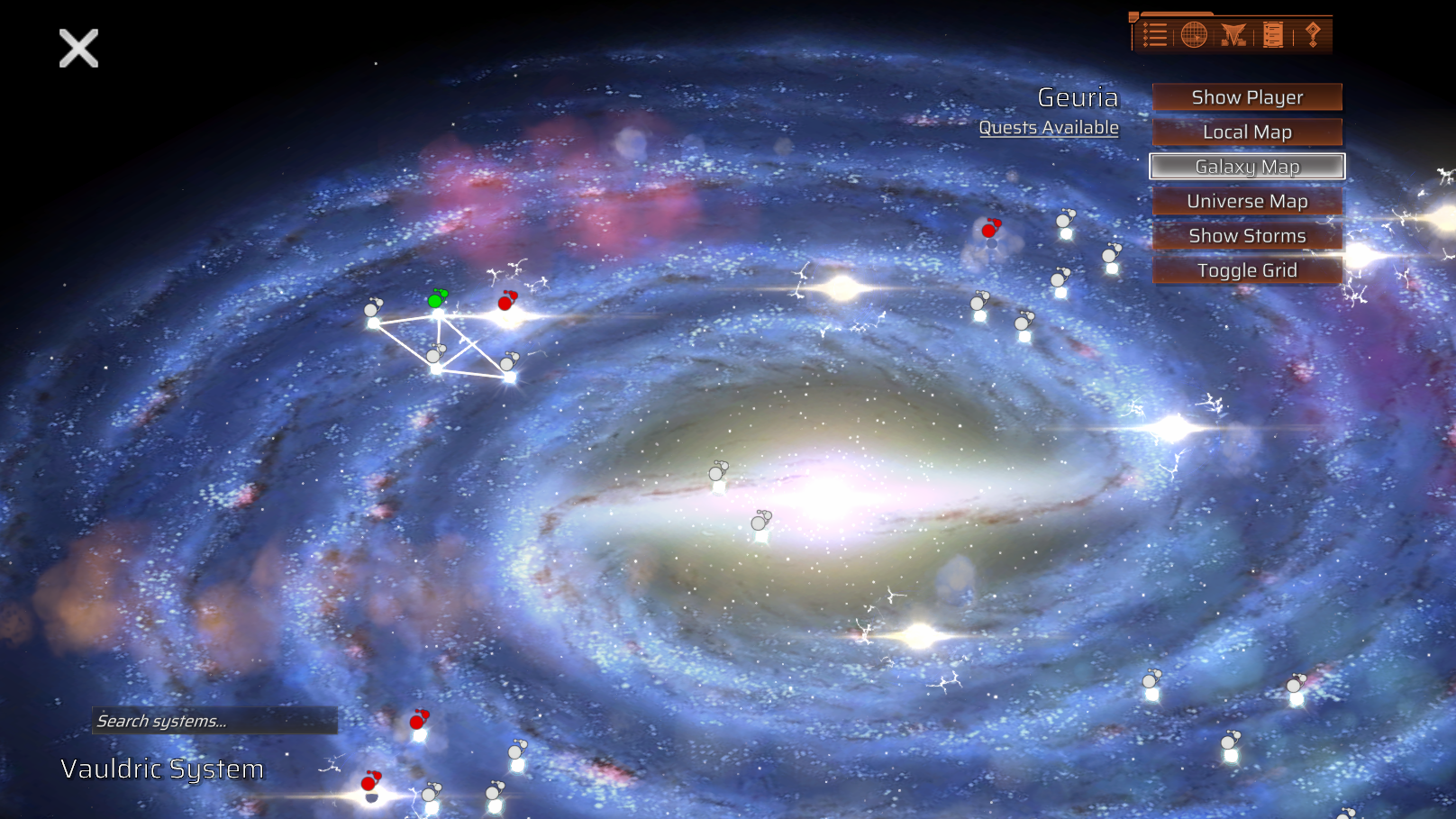 On the subject of navigation, entering an asteroid belt or nebula now displays its name in the system readout, much like when you enter a station or a star system.

Finally, last month we showed off a few harvester ships belonging to the Tickers, those robotic drones that defend comm relays. Comm relays themselves got better damage effects, and the more you steal from them, the greater the response against you will be. 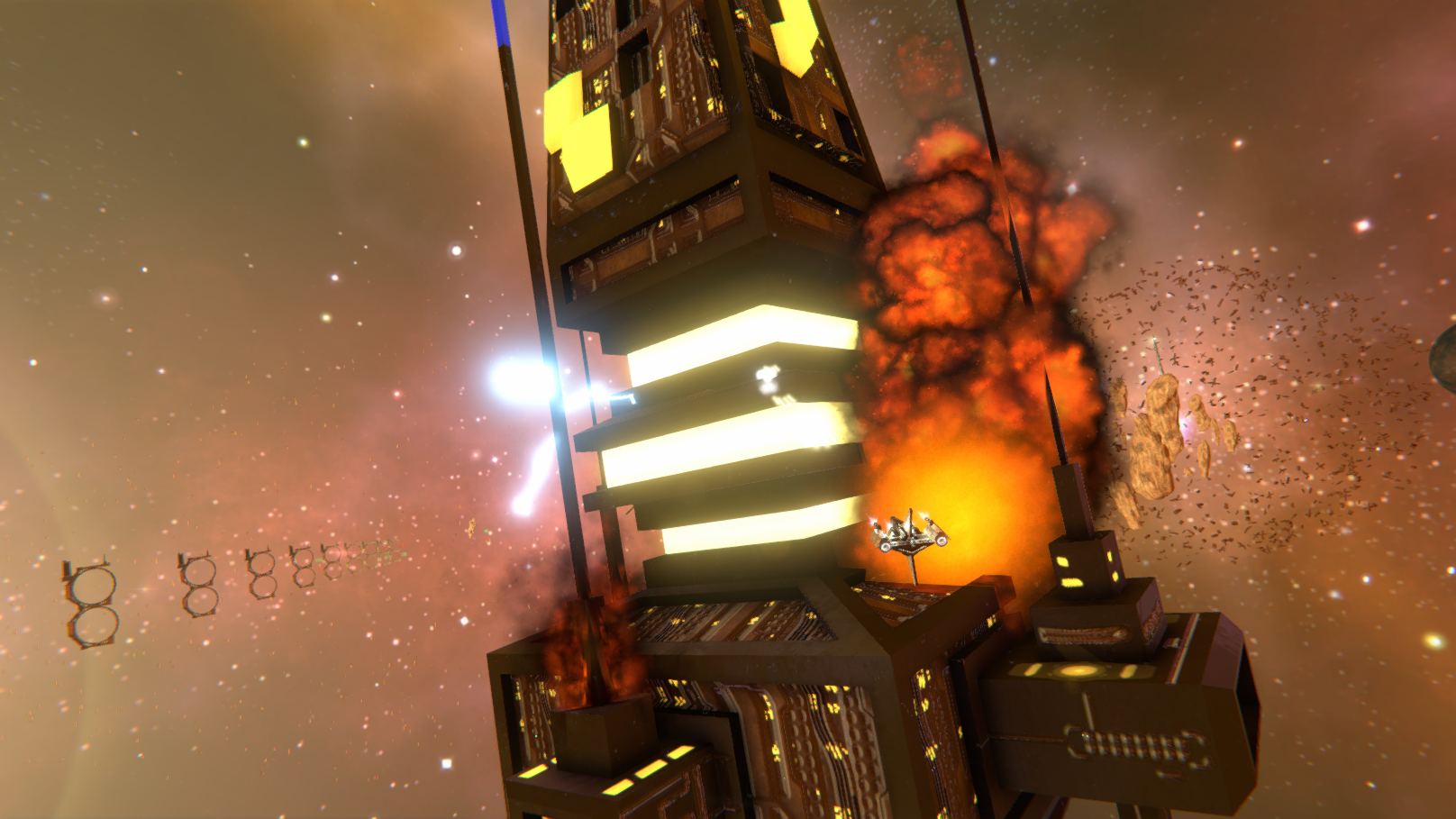 There’s not too much this month in the way of new assets. We’re mostly working on really simple models: dishware, furniture, things to populate the eventual interior of the game world. They’re not TOTALLY low effort though: each race has its own stylings and design philosophy behind their… plates. Plate design theory’s an often overlooked aspect of art you know! 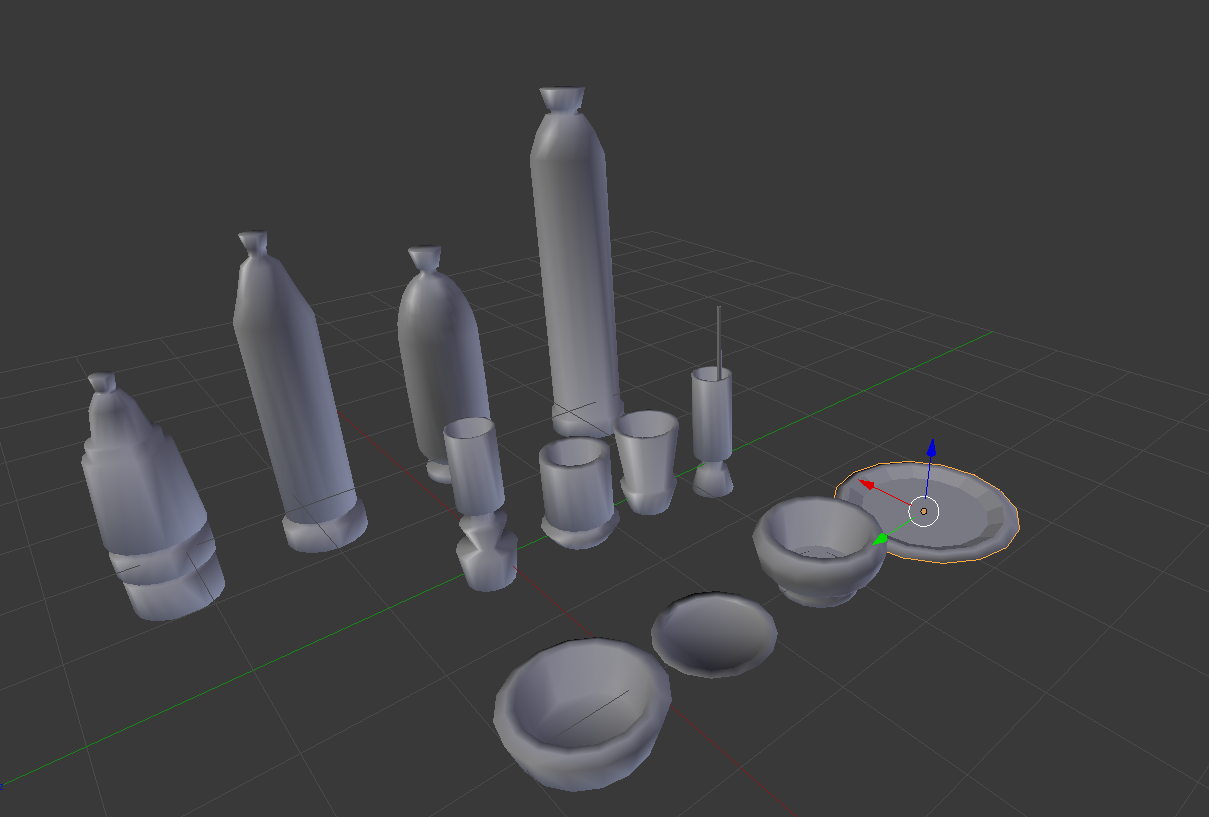 That’s all for this month. Hopefully by next month we’ll have the demo ready to go, alongside more quests, content, and space stuff. This is a space game after all.