I made a mod, The Forgotten City, which won a Writer's Guild award, so I spent the last 4 years turning it into a stand-alone game. Here's the story of how it all came together.

Posted by ModernStoryteller on Jul 12th, 2021 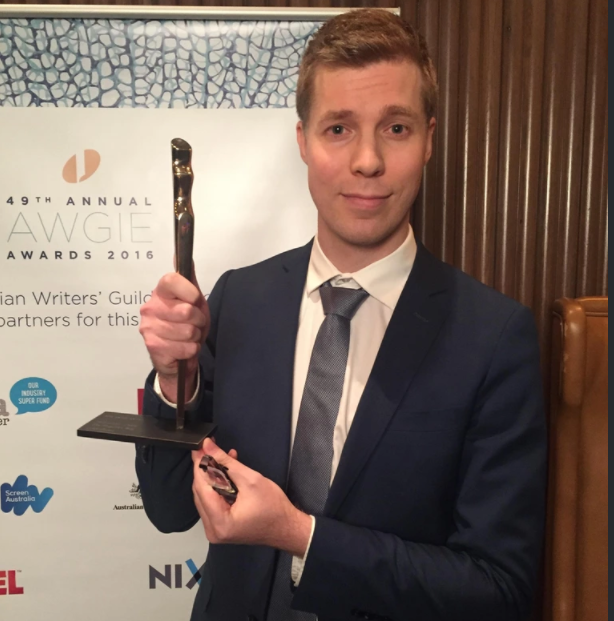 This is me, back in 2016, accepting a Writers' Guild award, and looking just as surprised as everyone else at the awards ceremony; it was the first time in history a mod had won a national screenwriting award.

The Forgotten City was a big story-driven expansion for a popular RPG I've been asked not to mention. You discover a mysterious underground city in a state of ruin, travel back in time and meet its inhabitants. Then you learn about a terrible curse: If one persons sins here, everyone dies. So you try to figure out who's responsible for the sin that destroys the city, and prevent it - all while caught in a Groundhog Day-style time loop. 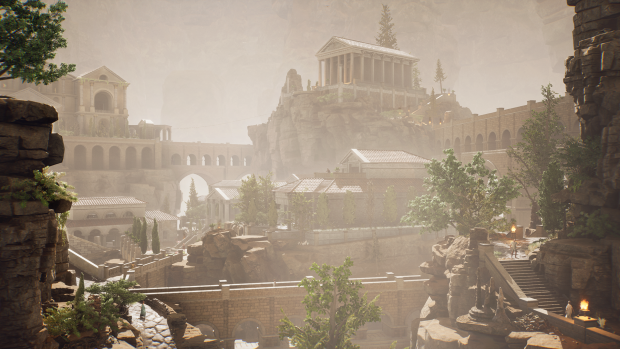 The mod was downloaded more than 3,000,000 times, and IGN called it "simply amazing," but as popular as it was, I'd never been able to share it with my PlayStation friends, and I'd made it in my spare time on a budget of $0, and I knew I could do much, much better. So way back in 2017, I decided to develop it into a stand-alone game and bring it to PS, bigger and better in every way possible.

I just had 3 small problems:

Despite all that, it's about to launch later this month, and this is a story about how it all came together. 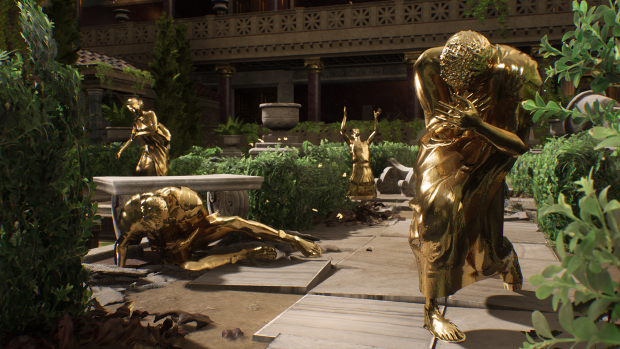 My first problem - no time - I solved by quitting my job. It was insanely risky, of course, especially as I was in the legal profession where taking a few years out usually means you can't get back in. It felt like jumping out of an airplane, and my plan was to learn to fly by the time I hit the ground.

My second problem - no budget - I solved by dipping into my savings and applying for grants. After making a rough prototype, I managed to land grants from a benevolent arts funding body (Film Victoria), as well as an Unreal Dev Grant from Epic. The mod and its reception really opened a lot of doors.

My third problem - no experience - I solved by hiring a programmer who'd just finished making a VR spacewalk sim in collaboration with NASA - a one-man-army who's done the work of an entire team of programmers over the last four years. We met by chance at a party. Remember parties? Right place, right time. Here's Alex (below), on a visit to NASA: 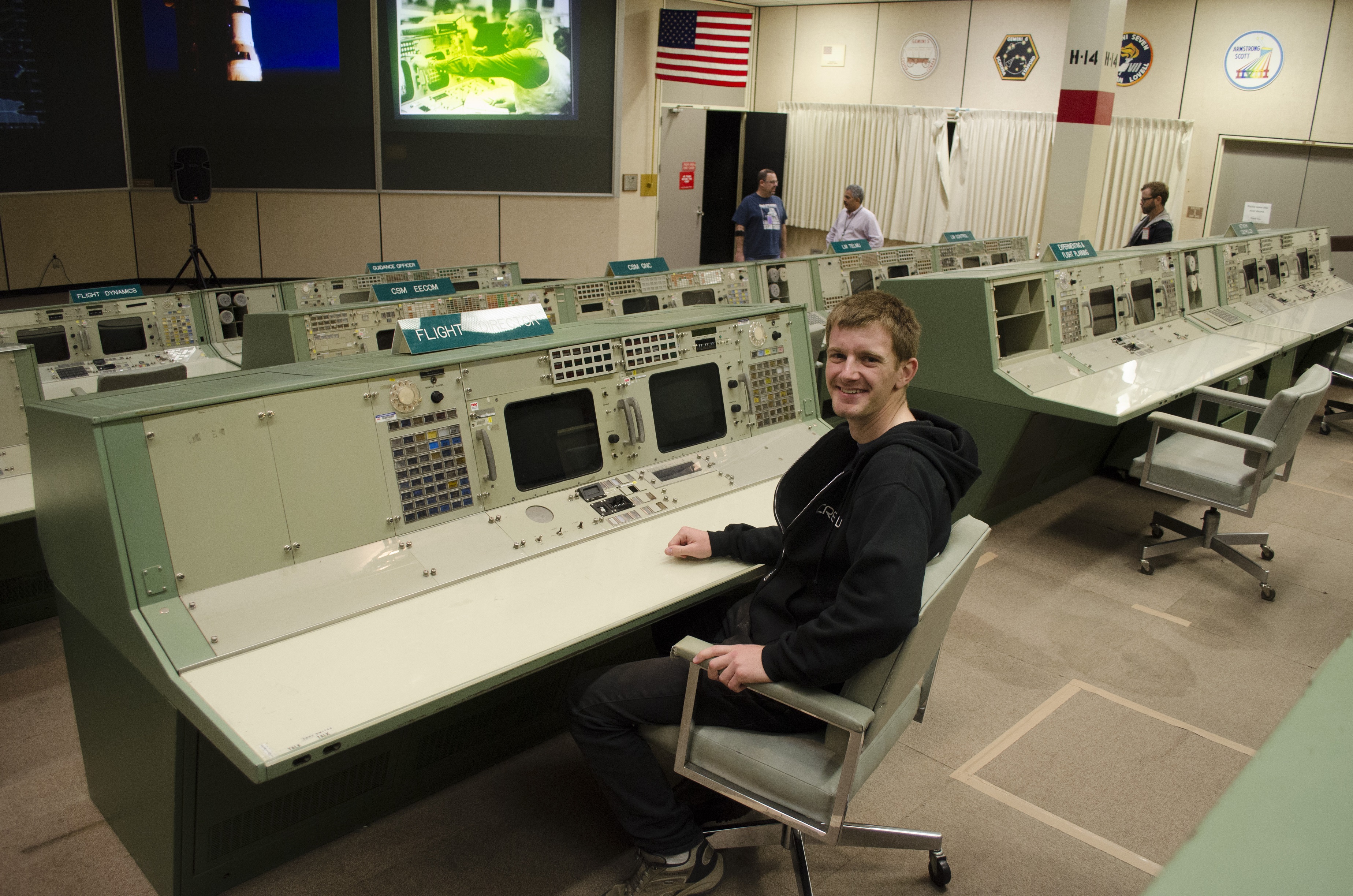 The highlight of 2018 was seeing the game revealed on stage at E3. After a lifetime of watching E3 it was mind-blowing to see my little game up there. We even managed to win an Unreal E3 award: "Unreal Underdog" for being brave (read: crazy) enough to compete with the big dogs of E3.

It felt like a win at the time, but we later realized we'd made the mistake of announcing the game way earlier than we should have, because we kept finding ways to make it better, and ended up having to delay it a few times. *Cringe* 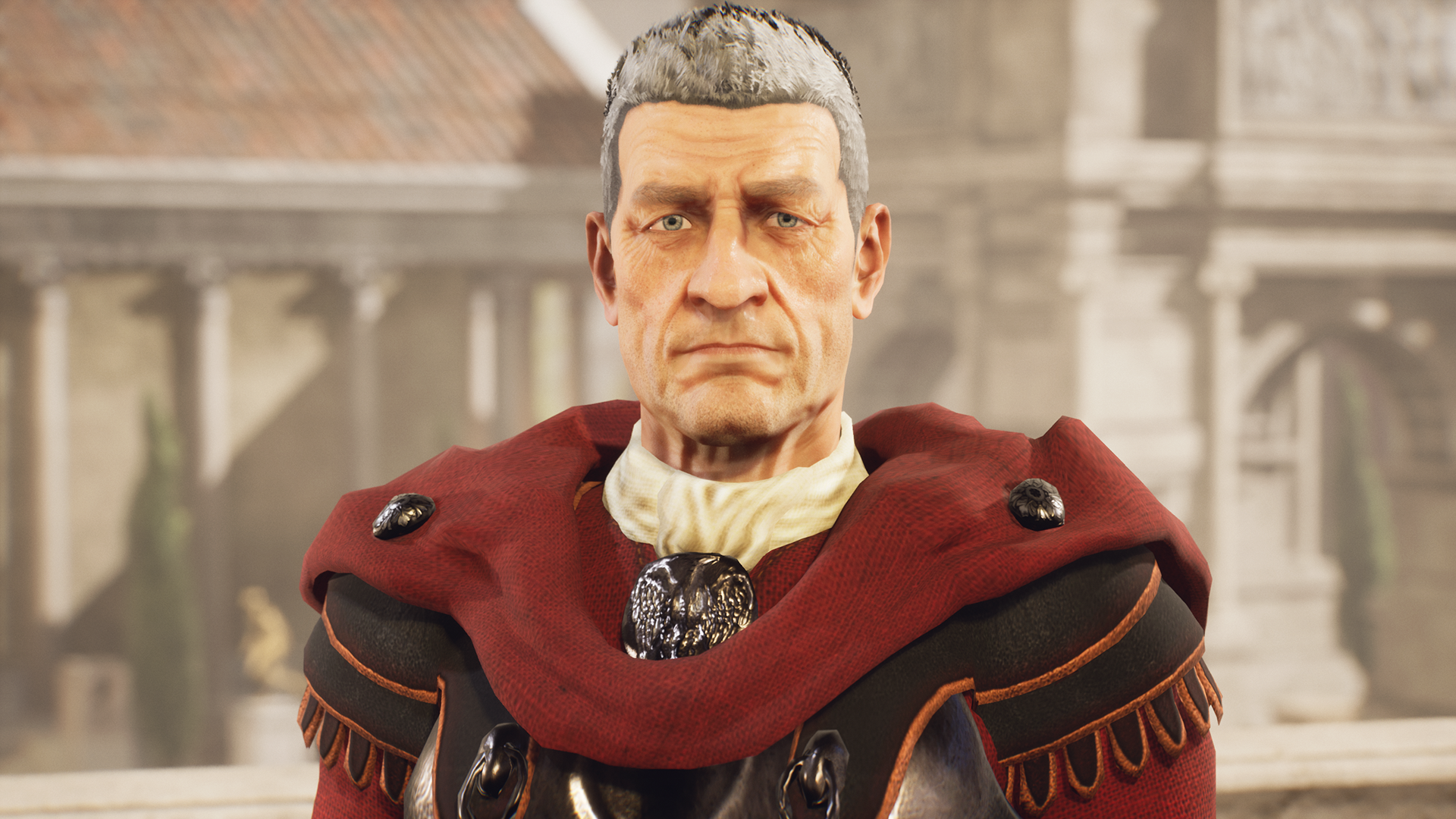 The highlight of 2019 was exhibiting the game at GDC and PAX East. We were just about out of funding, when I met a publisher called Dear Villagers, who gave us the support we needed to make the game we always wanted to make. Some time later they told me one of their scout's key criteria, in deciding who to publish, is "Would I like to have a beer with this person?", so never underestimate the importance of relationships. I couldn't visit them in France because of the pandemic, so I sent them a nice case of beer with a "thank you" note anyway. 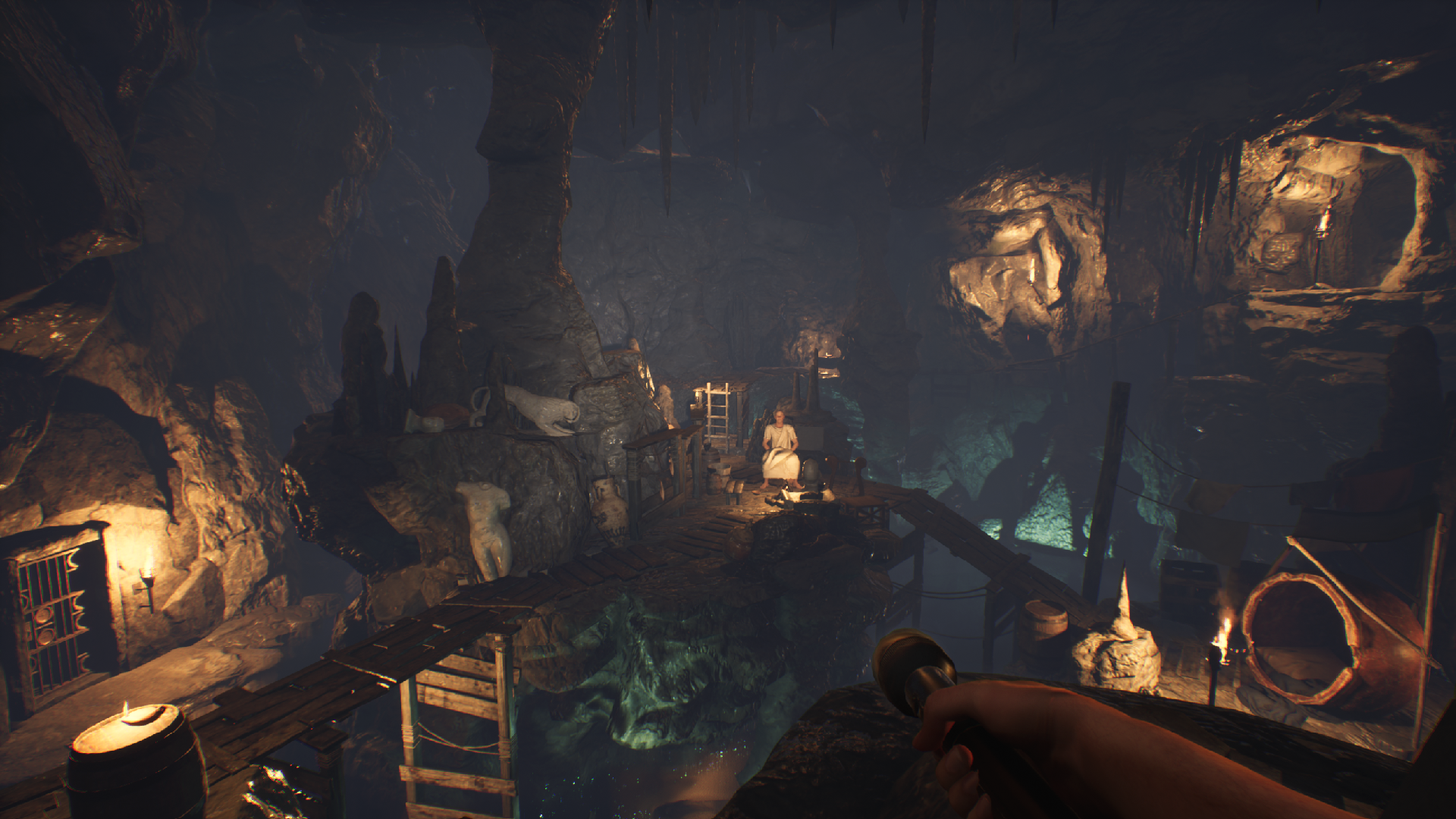 2020 was a blur, but two things stand out: First, we got to work with a couple of extraordinary historical consultants to make sure our game world - an ancient Roman city - has historically authentic art, architecture, costumes and customs. One, Dr. Philip Matyszak, has a D.Phil from Oxford, teaches at Cambridge, and has written 17 books. The other, Dr. Sophie Hay, has spent the last 20 years excavating the ruins of Pompeii. They're both really smart, lovely, and down to earth, and helped us immensely, as you can see: 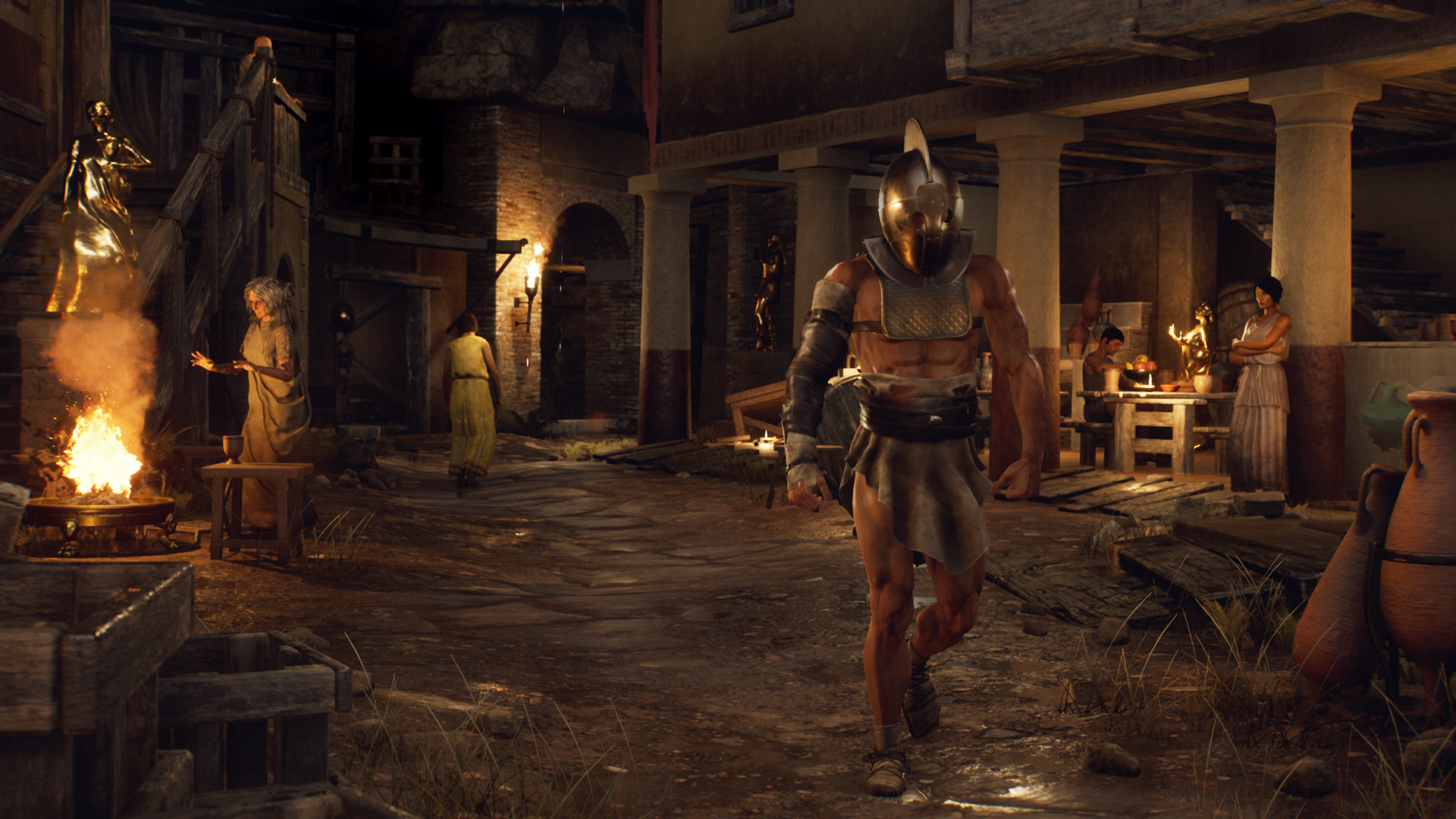 Second, we finally figured out how to make good dialogue animations, thanks to a Zoom call with Shon Stewart, the Lead Animator at one of my favourite devs, Obsidian. No, our animations aren't Triple-A motion capture, but considering we're a core team of 3 devs, I'm super happy with the way they turned out. Here's a little clip highlighting the parallels between The Forgotten City's curse (if one person "sins", everyone dies) and the events of 2020:

That brings us to 2021. The game launches later this month.

Whatever happens next, I'm really proud of how The Forgotten City turned out, and I'm really glad I took the leap!

For those interested, The Forgotten City is coming to PC, Xbox One, Xbox Series X, PS4, and PS5 on 28 July. And it's coming to Switch in Q3.

If you would like to be notified when it launches, please wishlist on Steam: Store.steampowered.com

Even though I haven't played the original Forgotten City for Skyrim, this looks really good and I can't wait to play it! 😺