Post news RSS The Beginning of an Idea — How Purrtato Began

Where did the idea for this weird cat game come from? 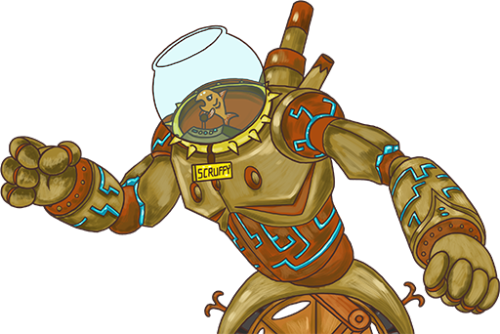 Every game has a beginning. The title displays, you hit Start and the game envelopes your consciousness with entertainment and experience. What you probably aren’t thinking about at that point is long before you pressed Start, this game was barely more than an idea in someone’s head. And in almost all certainty, it was also a very different idea.

But where does that idea come from? Without it, the game you are enjoying would be nothing but vapor — you would not even know it could have existed. Each idea is unique, and can come from anywhere. Some games started in the shower. Some from dreams. I however am writing about a very specific idea, and its origin — the idea that has become A Purrtato Tail.

The first game starring the furry potato cats — The Purrtatoes — is a puzzle based Metroidvania about Pixel, the queen of the potato cats, saving the world from the nefarious Lord Purrmato. The Purrtatoes themselves have the unique capability of being able to stick together via static electricity, which is used to allow the player to cross chasms, reach high places, and protect Pixel from damage. In addition, each Purrtato has a special unique ability — such as the Manual Tail ability which can operate mechanical devices.

Reaching this point in design didn’t happen overnight. In fact, it took about 5 months and included a number of transitions and inspirations. If we go back to early January of 2016, the very first idea of what became A Purrtato Tail came to light. It wasn’t in the shower or from a dream in this case — it came from actual cats. I was chatting with my wife one morning while our cats romped across the bed, performing their usual entertainment from morning cat insanity. Our largest — Strahd — curled up into an extra large black ball of fur, and I made the comment — “He’s like a big potato. Or a purrtato!”. 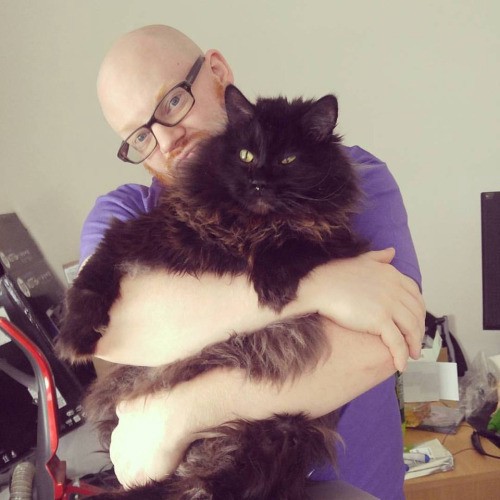 This is Strahd. He's a monster.

My wife and I looked at each other as I said “purrtato” with a knowing glance of, “Hey — that could be something.” The following hour was spent brainstorming a simple mobile game that involved stacking potato cats and tilting the device to ensure the tower doesn’t collapse. We made our cat, Pixel, the titular character who would give the player advice and named it “Pixel’s Purrtato Tower”.

It wasn’t long until I started thinking, “What if you could connect the purrtatoes together instead”, and was followed by an exceptionally long shower where I pondered this idea while staring at a wall and enjoying the hot steam. Tower of Goo jumped up in my mind, and I started using it as a mental jumping point on where to go with the game. Over the next two months, the game quickly evolved into a stage-based title where the player would have to collect Star Bits dropped by the kidnapped Elderstar via connecting a pre-determined set of Purrtatoes together. The idea was slightly reminiscent of Lemmings mixed with a game I worked on long ago, TubeTwist (En.wikipedia.org).

This concept was honed into a playable demo which I showed around privately during GDC, and pleasantly found everyone who played it legitimately enjoyed the mechanics. As I showed it to people, it was clear that the mechanic of connecting the gamepieces together, watching them react to physics, and trying to determine how to reach destinations was fun and had a lot of potential.

But something inside my mind did not feel right. I kept thinking I was limiting the capabilities not only of the game, but the creativity and desire of my own mind. It wasn’t until I was helping with the second night of The MIX (Media Indie Exchange — Mediaindieexchangecom/) at the Patreon offices that the inspiration hit…

The night was going smoothly. Attendees were playing and enjoying the games, the developers demo stations were all setup and working well, and nobody had needed assistance in quite some time. I gave the floor a quick walk to ensure there was nobody in need of help, then took a little time to try out the games themselves. Some absolutely amazing titles on display, including some of my personal favorites such as Duskers (Duskers.misfits-attic.com). It was when I started paying Hue by the BAFTA award winning Henry Hoffman that the inspiration hit.

Hue (Huethegame.com) is an excellent title which involves changing the primary color of the scene’s background to unveil necessary objects and paths to travel the world. As you move through the Metroidvania — or open world side-scrolling role playing adventure style game, you collect more color hues that can be used. Playing this game, I started thinking of how it would be fun to move a player Purrtato through the game world, and use the current mechanic to assist them. Build bridges, create ramps. There was something to that…

The following night, I attended a number of GDC parties. During one of them, I was introduced to a gentleman who said he was the developer of Hue — I had just met Henry Hoffman. I immediately detailed my tale of playing his game — making no mistake to include how much I enjoyed the game — and also how it inspired me to take this stage-based demo we had been working on, and open it up to a literal world of possibility. As I spoke, he pumped his fist and exclaimed “yes!” under his breath. He explained that he had the very same inspiration — Hue was originally a stage based game, but he had the exclamation to change it to a puzzle driven Metroidvania, and the fact that I had the very same inspiration from playing Hue was something he took much joy in. 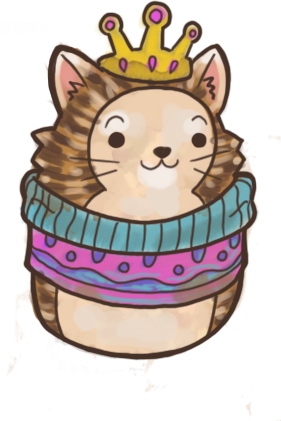 As of today, Purrtato has been in development for roughly 10 months. Over those 10 months, it went from being a simple 99 cent freemium mobile game to a story-heavy Metroidvania for PC / Mac and Console. It was also at GDC that I met the cordial Royden James. He introduced me to the Favro platform, which at first I felt would be unuseable. It has similarities to Trello which — tar and feather me as you will — I have always found Trello to be an extremely inefficient and frustrating tool to use. Favro however changes that. It takes the Trello concept, and fixes everything that made it my least favorite project management tool. Favro has become my favorite project development tool, and is now heavily used to get us to the next milestone in the production of A Purrtato Tail.

We had the amazing opportunity to show off the game at E3, Denver Comic Con and GaymerX 4. So far, everyone has loved what we are doing with the game. It has been extremely exciting to see people enjoy our hard work thus far! And I am really looking forward to watching as everyone continues to enjoy our progress over the coming year, as we continue to move closer to that finish line of a released title.

(This article was originally posted on October 14th, 2016 on the news site Medium. This is posted in its original form, with only some links being updated to their current accurate versions.)