After the release on Steam, here is what I am planning for the game !

In the last news, I have been announcing the release of The Alien Wasteland on Steam and while it was quite successful, there has been a lot of controversy due to some serious bugs being showed by popular youtubers which have made the game to looks bad.

Even if I fixed these issues and updated the game right after they were discovered, I had to endure a massive flow of rage on the Steam forum despite I have explained that I am sorry for the bugs and that I have fixed them.

Anyway, it seems that the anger has somewhat vanished, and so I would like to explain what I plan to add to the game for the next coming updates.

Apart of fixing more bugs and trying to enhance the gameplay, here are the main things I plan to do :

If you have a suggestion for a map or a feature feel free to post it here and I will see if I can add it to the game.

Otherwise, if you are stuck during the game or if you just want to see some gameplay footages, here is a complete walk-through in full HD of the petrol station level in day mode !

And here are some more in-game screenshots ! 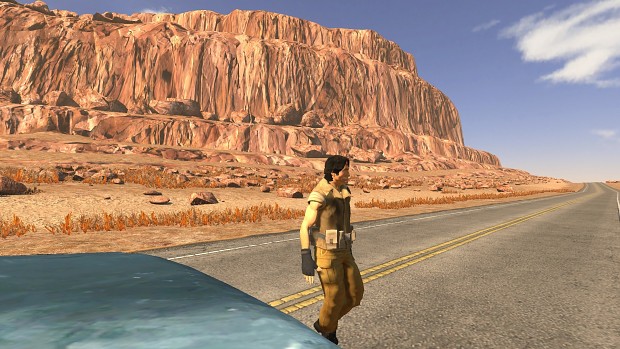 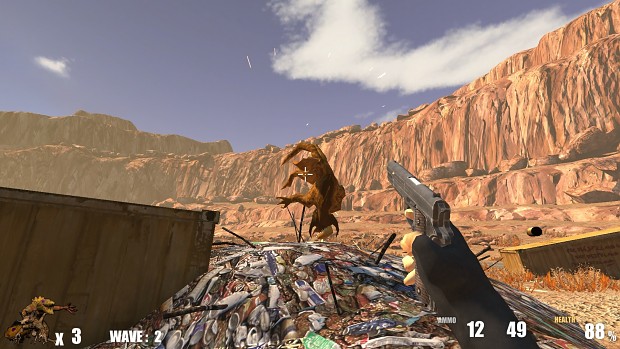 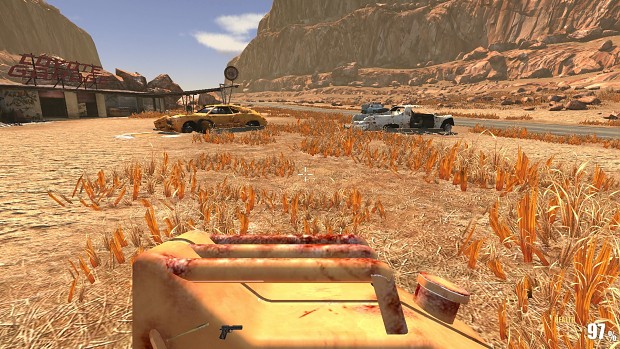 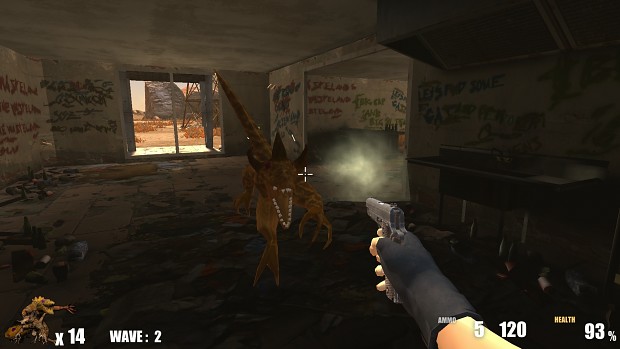 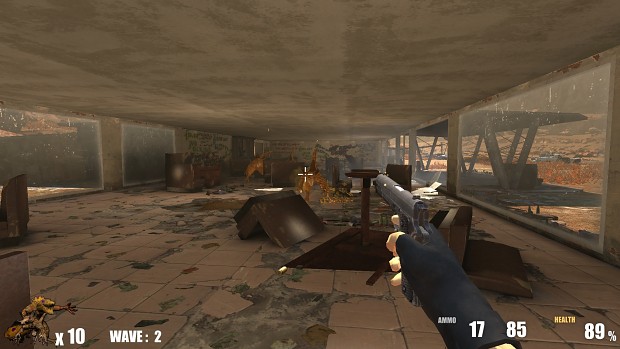 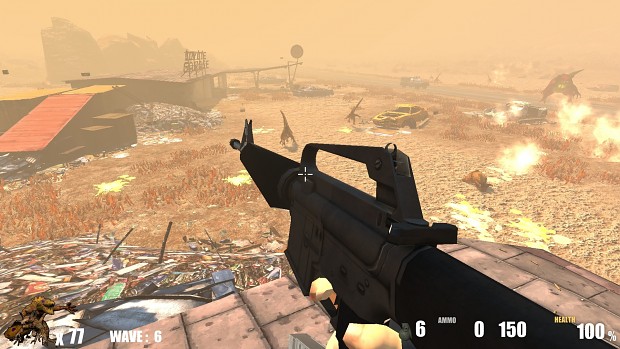 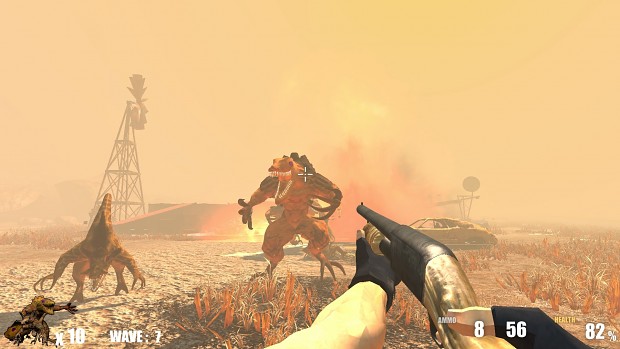 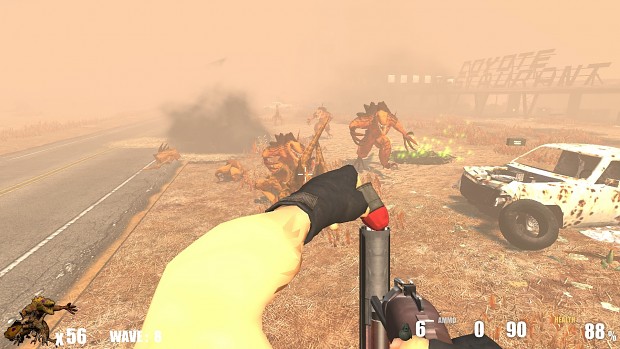 So feel free to try the game on Steam and to post your reviews ! Thanks for reading !

What you should have done BEFORE THE RELEASE. You ****** it up

As a young solo project (I assume) this is REALLY impressive. That said, objectively speaking, the quality is very poor.

Personally I think you should look to start/ join a team of modders and maybe something will come of it (killing floor/counter strike) who knows.

As it is, the asking price is too high. I can understand you want to recover costs of assets bought but the quality of the game just isn't high enough.

Good luck with updating the game.

Looks like a phone game I might play if it was free. You could just add advertisements, where if you watch a full add, you get a weapon upgrade? I could never buy a level'less, Serious Sam clone for any amount of money.

I for one think the concept (although simple) is really intriguing. The idea of fuelling your car up and using it to proceed further along the level, to new locations (and thus requiring you to get back out, find more fuel and then move along again) could make for some great survival exploration based game play. With friends it would be even more interesting. New locations might have tougher different enemies, different kinds of loot, or game play focused objectives like completing an OBJ to allow you to progress further along your path. If the game allows a semi open world would be fantastic for this. As it stand's right now It needs a lot of work, maybe you released too early? None the less if you listen to the community's complaints and address them I think this could be a really fun title. Don't be disheartened :) And if you need any ideas PM me, I'd be happy to contribute how ever I can.

Thank you for the idea !

Actually, at the beginning I planned so much more for this game but the development has been taking me more time than I though and I started to loose the momentum, so I had to cut down many features...

Originally, this game was mostly an adventure game where you drive your car in a large wasteland infested by aliens and have to fight bandits while talking to other survivors to know where to find goods, and this petrol station was just one of the places in this large wasteland!

But I started to exceed the time dedicated for this project and I had to redesign the game to make it shorter and at least release it on Steam to see how it would be received by the players.

Unfortunately, I missed the play-testing with some minor "last minute" changes in the code causing glitches in the launch release. And then some popular youtubers broke the game just before I fix it resulting in completely destroying my game reputation...

Despite this, I had at least some good feedbacks and I will continue to work on the game !

"...at the beginning I planned so much more for this game but the development has been taking me more time than I though..."
this is a very normal issue. We as developers all have had that issue, and that is only a good thing. This way we learn what is and what is not possible. The fact alone, that you kept working on it and even were able to come up with a fully playeble version is proof to me that you have it in you to become a real game developer. Because we see it way to often, nearly always, that people stop developing ones they start to understand fully how much work it actualy is to deliver a product. And that you made this on your own (only some music is done by someone else), is just awesome. Not many developers can manage all fields to come to this quality. Ok, there are minor issues, and you fixed nearly most of them and are working on the other ones. Beside that you still have big plans to implement much more in to this game, which you are also very busy with. So to me the development of this game has succeeded very well. It is therefore a HUGE shame that some people on youtube (with in this case sadly to say a lot of followers) thought it was nessesary to bash this game right in to the ground. Some arguments were valide, but a lot of them had nothing to do with quality but all with personal taste. Comments like that the game was bad because of the choise of music is so silly.

Its to silly to spend time on, but its so sad that many people jump on to the discussion and start to bash also, just because of the "fun" of it. Most didn't even play it but just commented on a video.

All in all, things will get better and i am so glad that you just keep hanging in there and keep developing. This will make that you will prove them wrong in time, that is for sure! As a modder i know that words can hurt like hell, and they often do. Even when what is said is absolutely wrong and insane. Just bare in mind these o so true words;

(i am Dutch, its a Dutch saying, translated it means something like;)
Empty large cans sound the loudest. Which means, those who have the smallest brains (or act like they have) do make the most noice. Most people who do like a game or mod for that matter you most of the time don't hear. Seems most people only comments when they dislike something.