What exactly makes the involved, storytelling conversations work in our game? in this DevBlog, we discuss our Dialog Editor and Conversation System. Pull up a fresh bowl of cream and let's dive in to a cat-powered blog about conversations!

Posted by CeruleanGames on Dec 3rd, 2019 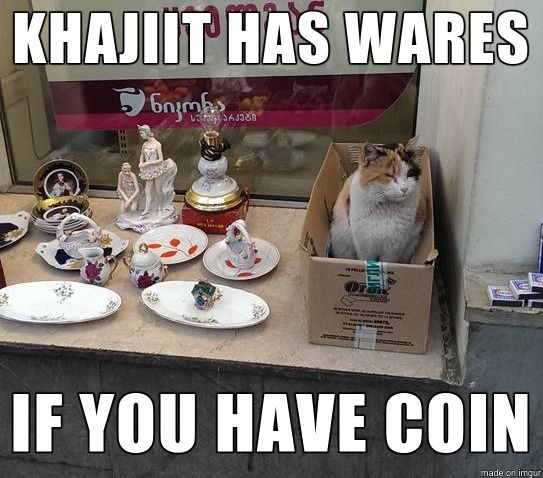 You: "Why hello there, furry clerk of this fine shop! What provisions do you have?"

Store Clerk: "Why we have rich Corinthian leather! Can I interest you in some?"

>You Chose OPTION B.

But... we will discuss it! Hello and greetings! This is RedVonix, the lead behind A Purrtato Tail, once again here to talk to you about one of the many systems that make this game possible. Probably one of the most important systems as well - the Dialog Editor and Conversation System. A Purrtato Tail is a game with a tremendous amount of text, as there are a lot of places where the character can converse with others, listen in on ambient dialog in the world, and have an effect on all of these based on their decisions and game progress. 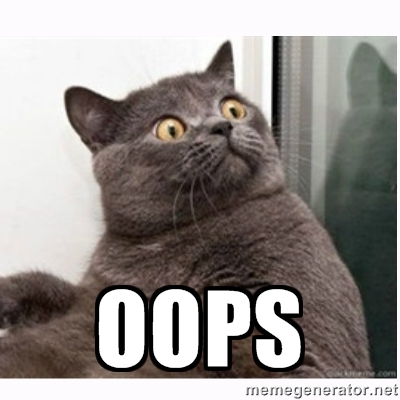 You're probably thinking, "Hol 'up... shouldn't you, like... plan... that?". Well, you would be right! And, to a point, we did. We were actually sitting on a graphing system we had previously developed that we called Node/Graph. We wrote this because we needed a graphing system that worked in the editor, and at runtime, but also allowed it to be 'skinned' with any code we desired. Such a system was designed to be used as a progression flow controller, UI flow controller, logic controller, or - of course - a dialog system, all based on what Skin is currently applied to it. Since we had it sitting around and ready, we opted to start writing a 'Dialog Engine Skin' for Node/Graph.

This skin started with just the most basic of elements - Dialog Nodes, which could have a character assigned to them, and have the dialog tie into our existing Multilingual System, so any text written in a Dialog Node would already be ready for export to the localization teams.

Expanding from there, we needed to know State Flag values from the State Flag system. Has the player reached a certain area? Have they toggled a specific trigger? Those can affect the way a conversation goes - so we built in support for those.

If you remember the previous DevBlog about our State Flag System, you might recognize that the State Flag Compare node is accessing the Category of 'Game Progress', and the flag inside that category of 'Tutorial_ShowPieceRotated'. This is a perfect example of why we categorized the State Flags - so that when using them in systems like this, we don't need to access a list of potentially thousands of flags - instead, just the collection that would be in a single focused category.

As production continued, so did development of the Dialog Editor - with node after node, each adding their own functionality. Node/Graph was thankfully very capable of having whatever node we wanted added with minimal effort, therefore development of any one of these nodes was a matter of minutes or hours rather than days (seriously - on average, a new node type is developed in 35 minutes). Today, the Dialog Editor has 25 different types of nodes, each performing a unique and specific action meant to make conversations more interesting, more meaningful, and more in-depth.

Some of the nodes that are more unique to our game include:

Here is the full list of 25 node types. And this list will almost certainly increase as game production continues and we find more we wish to add.. such as a Dialog Path Selection node, to allow the player to choose a response from a list of entries - exactly the example given at the top of this DevBlog.

That's a lot - all 25! And every single one of those nodes are already being used in the numerous conversations throughout the introduction we have shown off, and the upcoming Cantermow demo. When you look at it like this, again, it really does look like a lot and it is. But it is what allows the seamless conversations and dialog to occur. A lot goes into making a game, and even as developers we don't always realize just how much we have built until we take a step back and go "Holy bowling balls that's a lot of stuff".

Another great feature of our Node/Graph system is the ability for each node type to have its own contents, and to have its own editor panel. Which means - all 25 nodes have a unique editor panel, allowing us to configure each node as needed. Let's take a look at one of them - the single most important node type in the entire system, the Dialog Node. 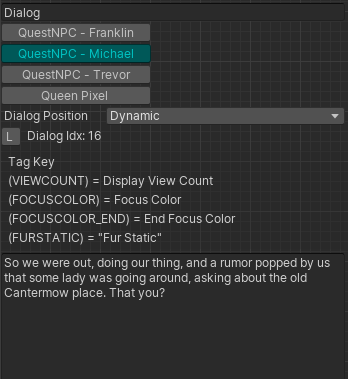 This is a node from a conversation that takes place during the Cantermow demo between Pixel and 4 NPCs. Whenever a developer places a Dialog object in a Unity Scene, we select what characters in the world will be part of that specific conversation. This allows us to know what character objects to connect with dialog bubbles, what characters to have look at what other characters (ever notice that characters always look at the one who is currently speaking?), and what language files to load from the Multilingual System.

Let's break down this editor a little...

And finally, after all that, we have the dialog itself. Which - depending on what current Language is selected in the Multilingual System Editor - this will display in that language. Which means, yes, if you want to edit the dialog in Japanese - you can. 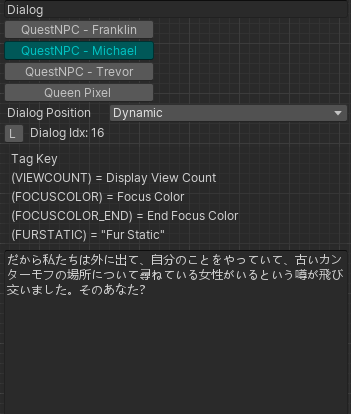 No, seriously... you actually can.

Overall, the Dialog Editor is one of the most important parts of A Purrtato Tail, as it is what makes it possible for us to have storytelling dialog. It is used in shops. It is used when talking to that random NPC under the bridge. It is used when bosses taunt you. It is used everywhere. And all of it comes through to the player - as Conversations. 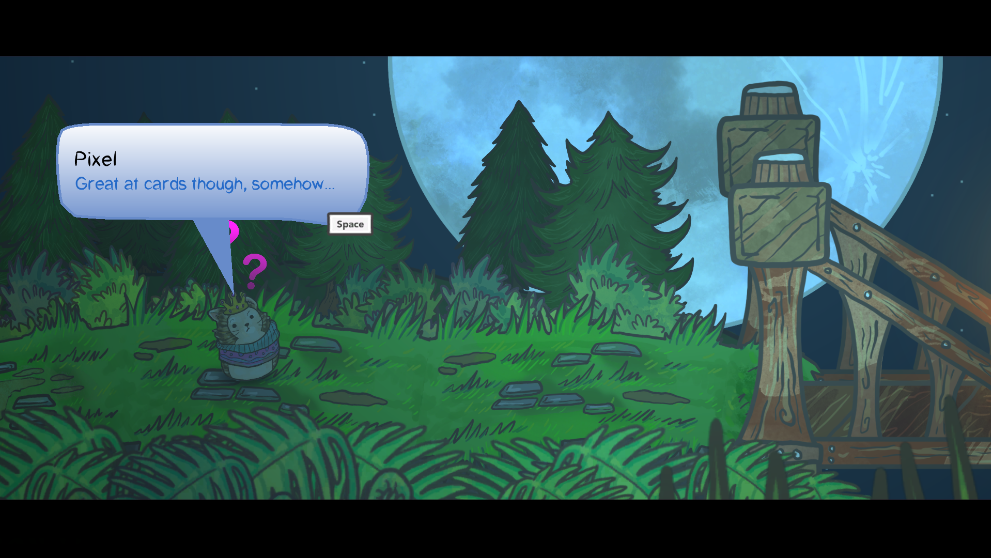 Once again I am RedVonix, this has been another DevBlog in the world of A Purrtato Tail, and until next time... stay fluffy!