Hey all! Here's what we've been working on for the last two weeks:

First pass of the next building, the tavern! 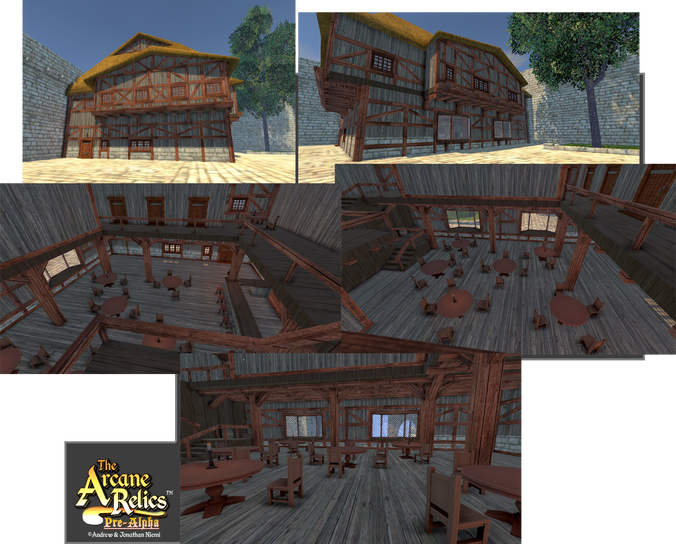 (Stools are a new addition. Can you spot them?) 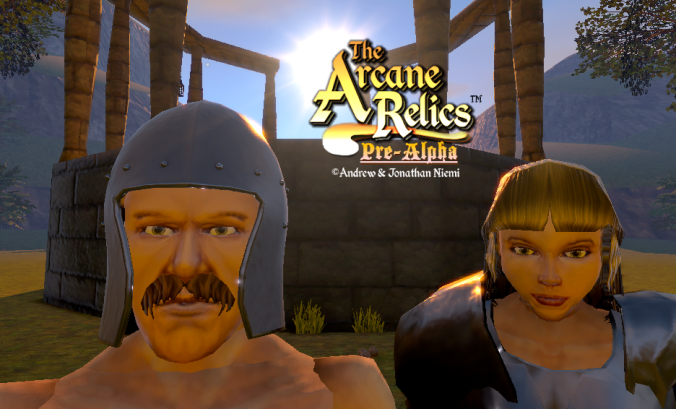 New versions of the characters’ faces have been added. Now, they have separate eyeballs, not just textured on, with different specular values than the skin. This also means eyes no longer get tinted with skin tone! 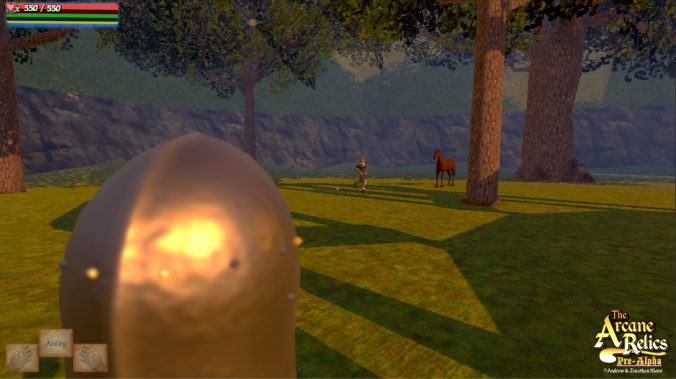 Setup a camera offset which has proved beneficial, especially when playing in zoomed-in views or if there’s an obstruction between your character and the camera. By default, the camera will now have a slight offset, but settings will be added to adjust, or even take away, the offset. The offset is also in the direction of your character’s dominant hand (e.g. the camera will shift slightly to the left if you’re lefty).

Now, each player can loot containers at the same time! No more stealing input from each other and fighting over going in the menu. You can even loot the same container, although you’ll have grab the items you want quickly! 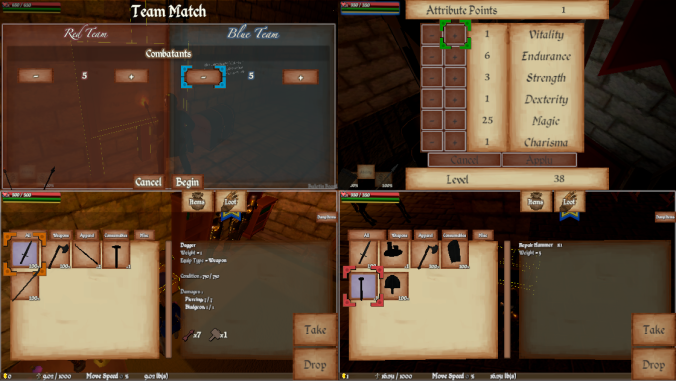 We also added this controller UI that shows up when a player is added (green) or removed (red), along with a corresponding sound. It pops up in the center of the screen, so you can’t miss it.

This also gives a little hint as to some other things we are working on. :)

In closing, here’s a screenshot! Showcasing the wizard’s hat and a view of some other new things in the town as well. 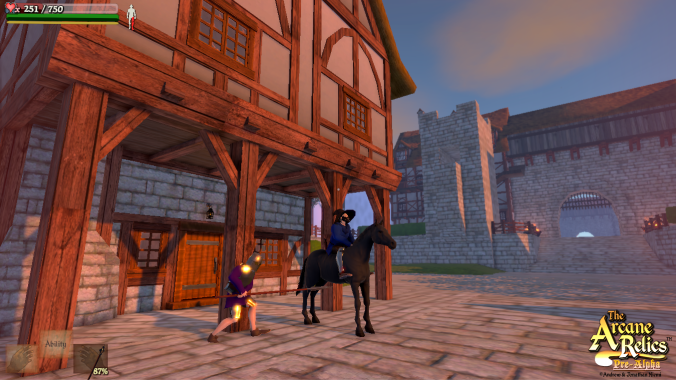 (New things in the background!?)

ohh awesomo! this is the demo? or not yet available? love the last alpha. :)

Yes, these features will be available in the next version (public demo) - which is not yet ready. It is a progress teaser. :)