Today we are pleased to announce the release for Steam of "Stellar Sphere", the new sports game inspired by a scene from a science fiction novel, whose basic and primary objective is very simple and consists of three points: getting the sphere, finding the active wormhole, and throwing the sphere against the wormhole to score. It has been two years of work, many changes, and many ideas. Let's talk briefly about that, while we present the release video of the game.

What it was, and what it's been.

Stellar Sphere has been released, and the work just starts now. Stellar Sphere has a funny story. Originally it was also a sports game, but very different from the current one. Specifically, it was a three-dimensional pool game. The game showed the balls, and the rules of 8-pool had to be followed in order to win. This is the game that appears in a science fiction novel, and that was used as the basis for creating the game.

But one day someone got crazy and started to try to put the balls directly against the pockets completely forgetting the rules of pool. And it turned out that it was tremendously fun to try to achieve it in the shortest time possible. If we could also put some innocent obstacles, such as trying to destroy the player and turn the starship into ashes, the matter took even more interest.

So we parked the pool, and decided that it was best if everything exploded in a sea of fire and destruction. Then the current version of Stellar Sphere was born. 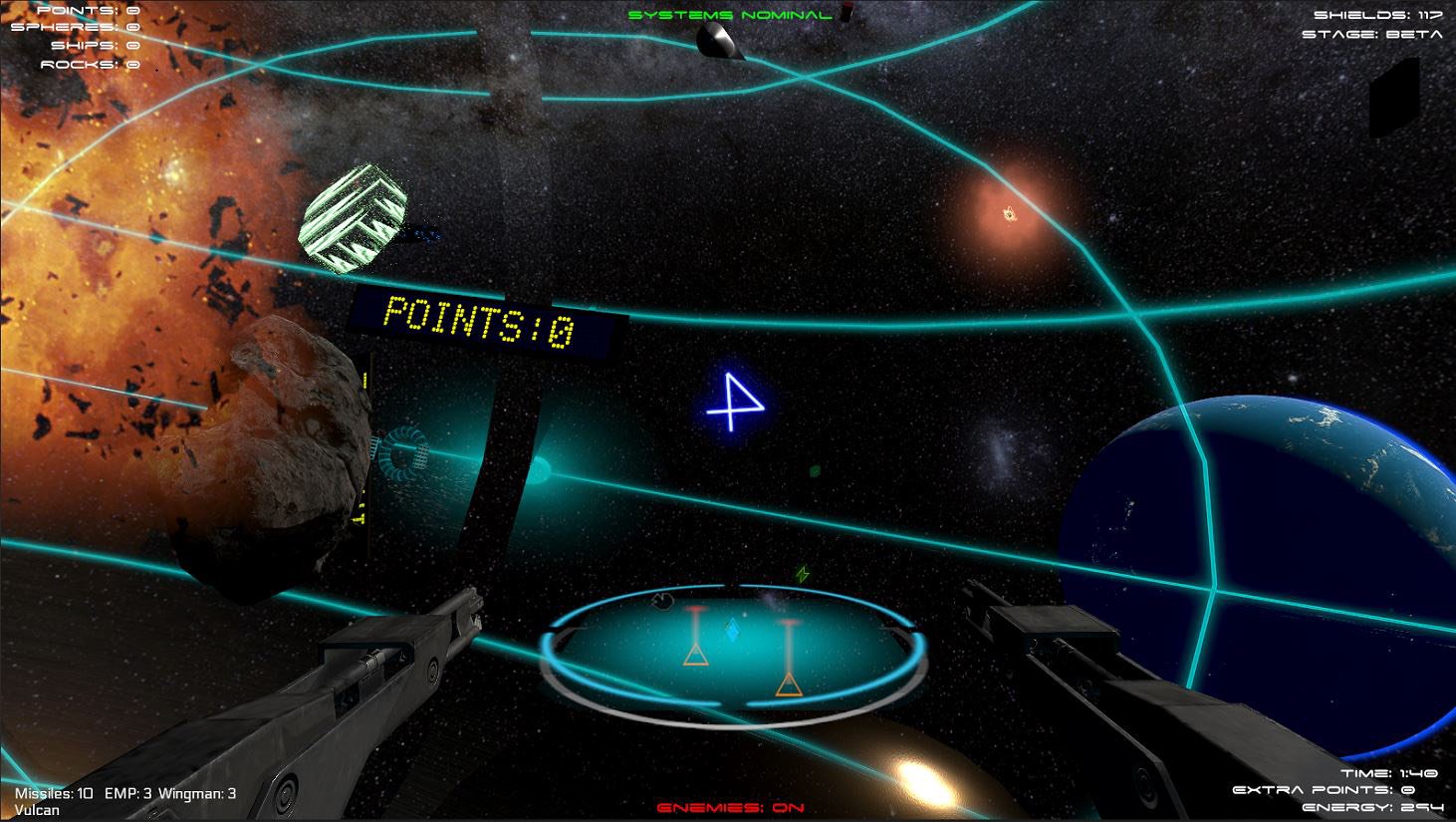 With the release of Stellar Sphere we have taken the first step to create a scifi sports game that is exciting, fun, fast, and at the same time with simple rules, but with the necessary elements to make it attractive for all types of players who like speed, agility, and efficiency. In two months, as promised, we will integrate two new scenarios at no cost, and right now we will be listening to the opinions of all players to make the adjustments that the community of players deems appropriate.

About the future ,we would like it to be multiplayer. Two teams. One of the teams is the central player, who is responsible for scoring. Other people of the same team defend him/her. The other team, the opposing team, fights against the other team to score as few points as possible. When they move on to the second half, the roles are reversed. The team that scored now attacks the team that now defends.

Can we make the online version of the game a reality? It will depend on several factors. An online game must not only work perfectly, but must have sufficient financial resources for the servers to respond perfectly. That's what we're working on now, but obviously the response to the single-player version will also be important, because it will allow us to invest in the multiplayer version.

These are all ideas that we want to take forward, and we will do everything we can to make it happen, getting the necessary investments, and creating a multiplayer game that is really fun and exciting.
We'll do everything we can, but we don't want to deceive anyone and we don't want to tell stories that won't come true later. We speak clearly and honestly, which is what the players want, because we're also players, and we know it's better to say things the way they are. And we guarantee that we will work hard to make the multiplayer a reality, no one should doubt about that. 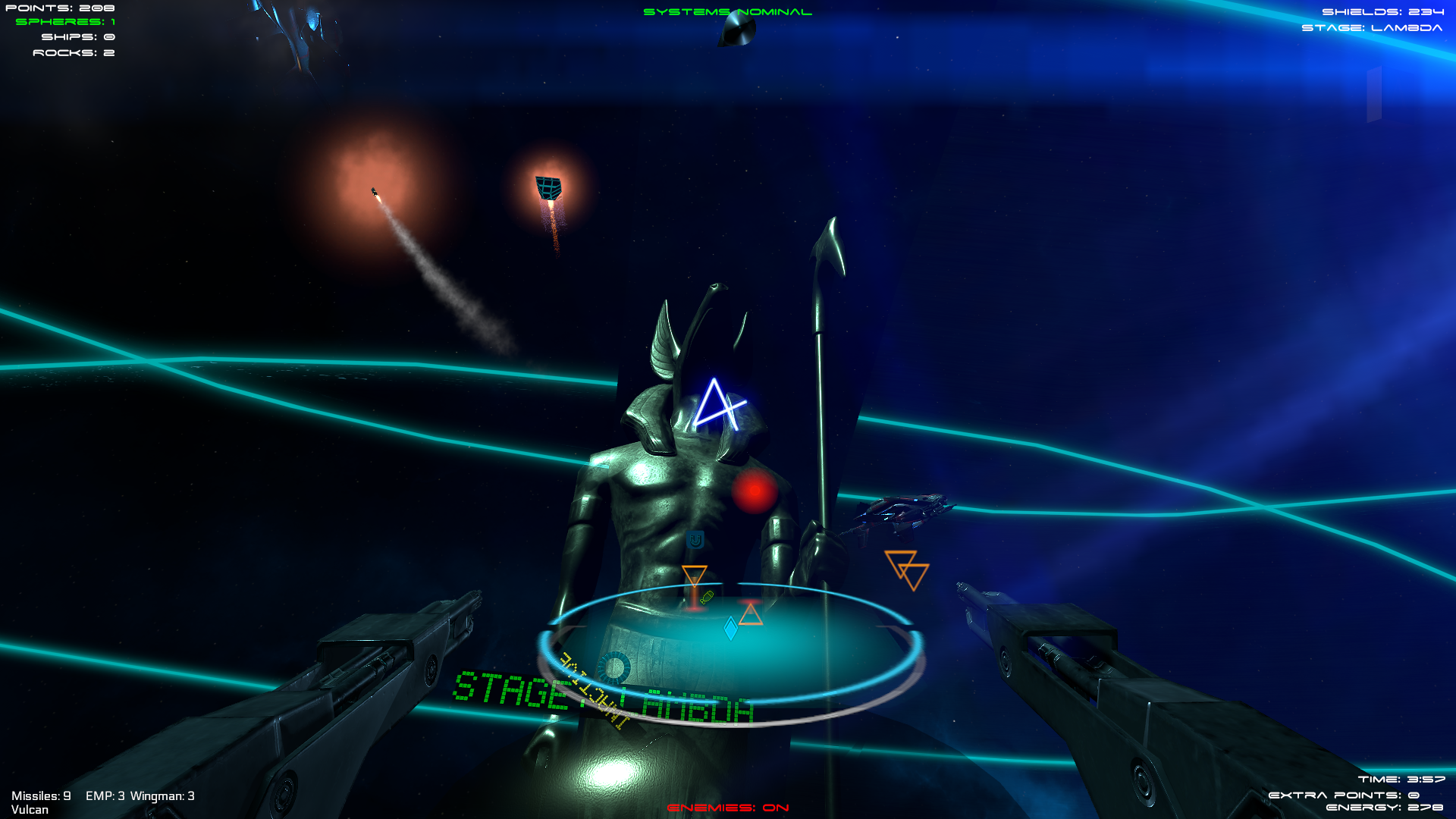 This is the end of the beginning.

Indeed, the release of a game should not be the end point, but the end of the beginning, which is to bring the game to the players. From now on, the idea is to improve Stellar Sphere with new elements, new scenarios, and new challenges. We have a lot to say about that, but you, the players, have everything to say.

Because the game has to satisfy the players, and for that your opinions have to be heard, even when they are contradictory, mechanisms can be established to satisfy both parties. For example, the pointer on the ship that indicates where the sphere is and then the wormhole is an example. Some wanted it, others said the challenge was not to have it. The solution is to activate and deactivate it in the configuration menu, and everyone can play as they wish.

Remember we have detailed the different elements of the game here on IndieDB, and also in our web. Please don't hesitate to ask whatever you want, we'll be glad to answer as soon as possible.

That's the challenge of Stellar Sphere. And we hope to live up to it. We'll do our best to do that. Thank you very much.