Hello everyone! I continue working on Shipwreck map, this time it got an update and become much bigger, with small forest and a big lake. I've also started the UI stage of the development so this time wanted to share some effects. The water is really cold there - freezing will be applied to you if you will swim too far in the lake and it will deal damage to your health. The damage itself is shown with blood overlay.

The video featuring the map and some UI effects:

The wrecked drakkar itself. It's possible to go on the deck and take a fight there. 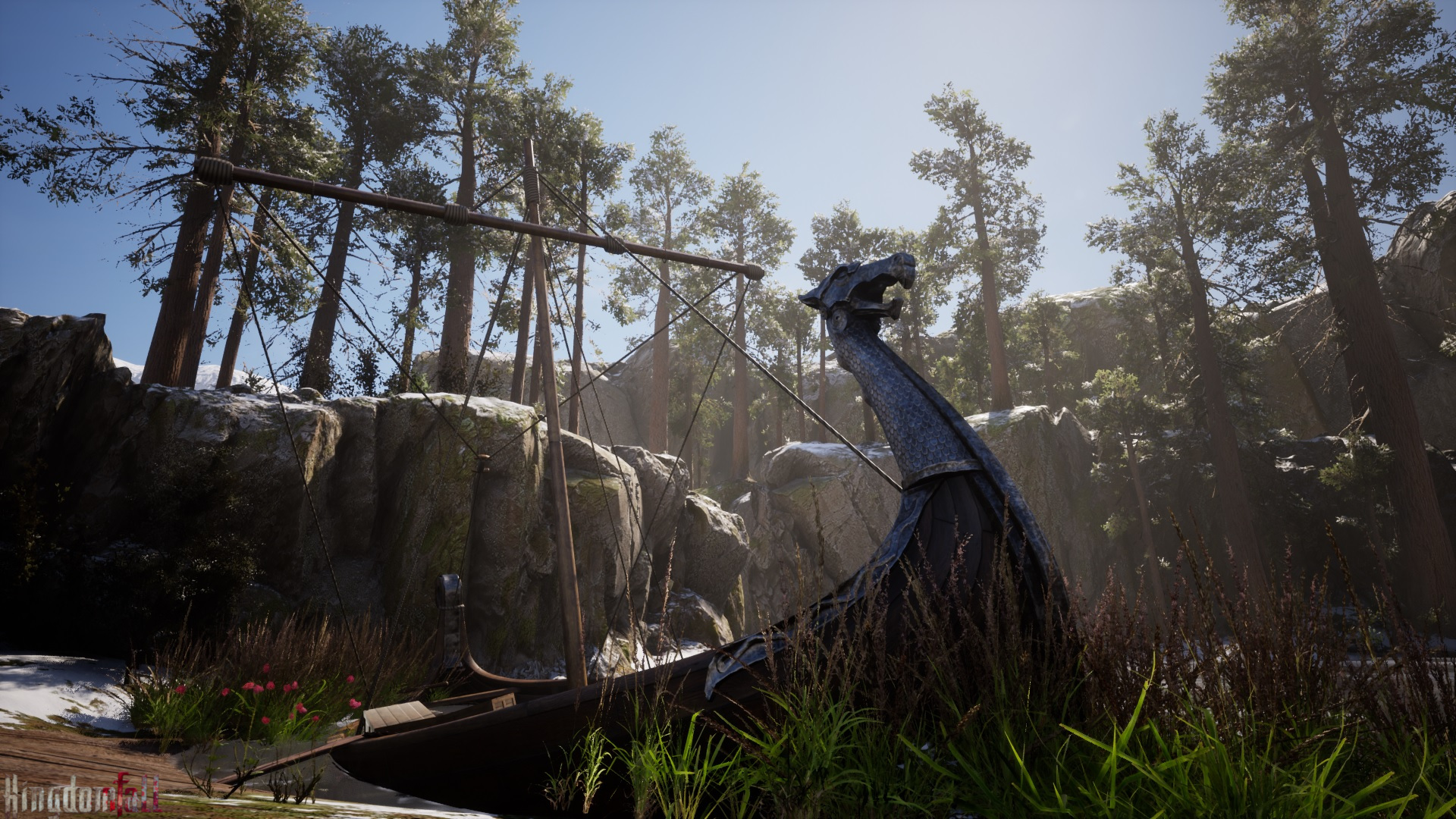 The view from the first team respawn side. Second team starts in the forest, by the lore, they've just arrived from those drakkars. 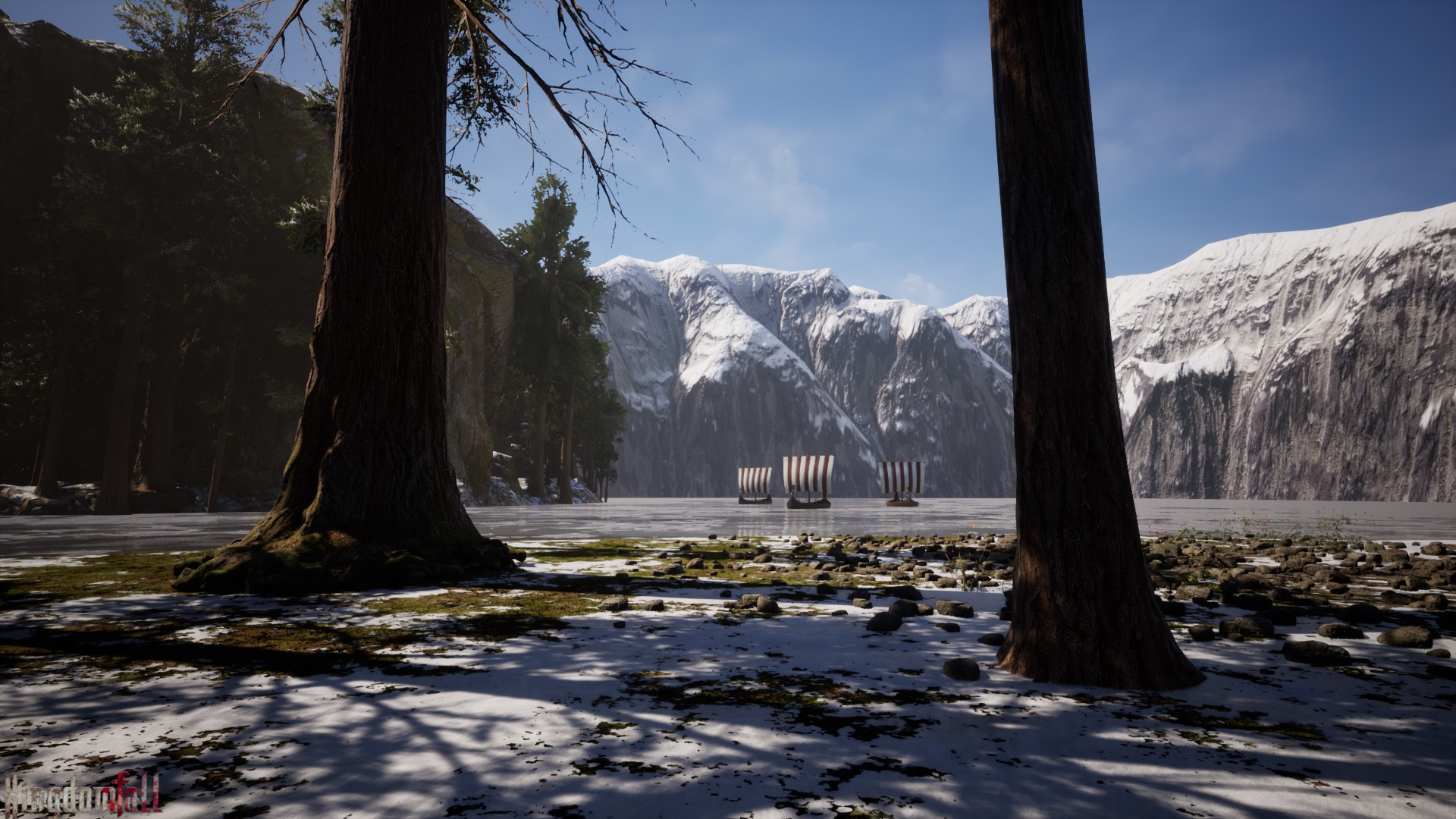 Beautiful lake isn't it? You can even swim in it, but be careful, if you'd go too far - you may freeze to death. 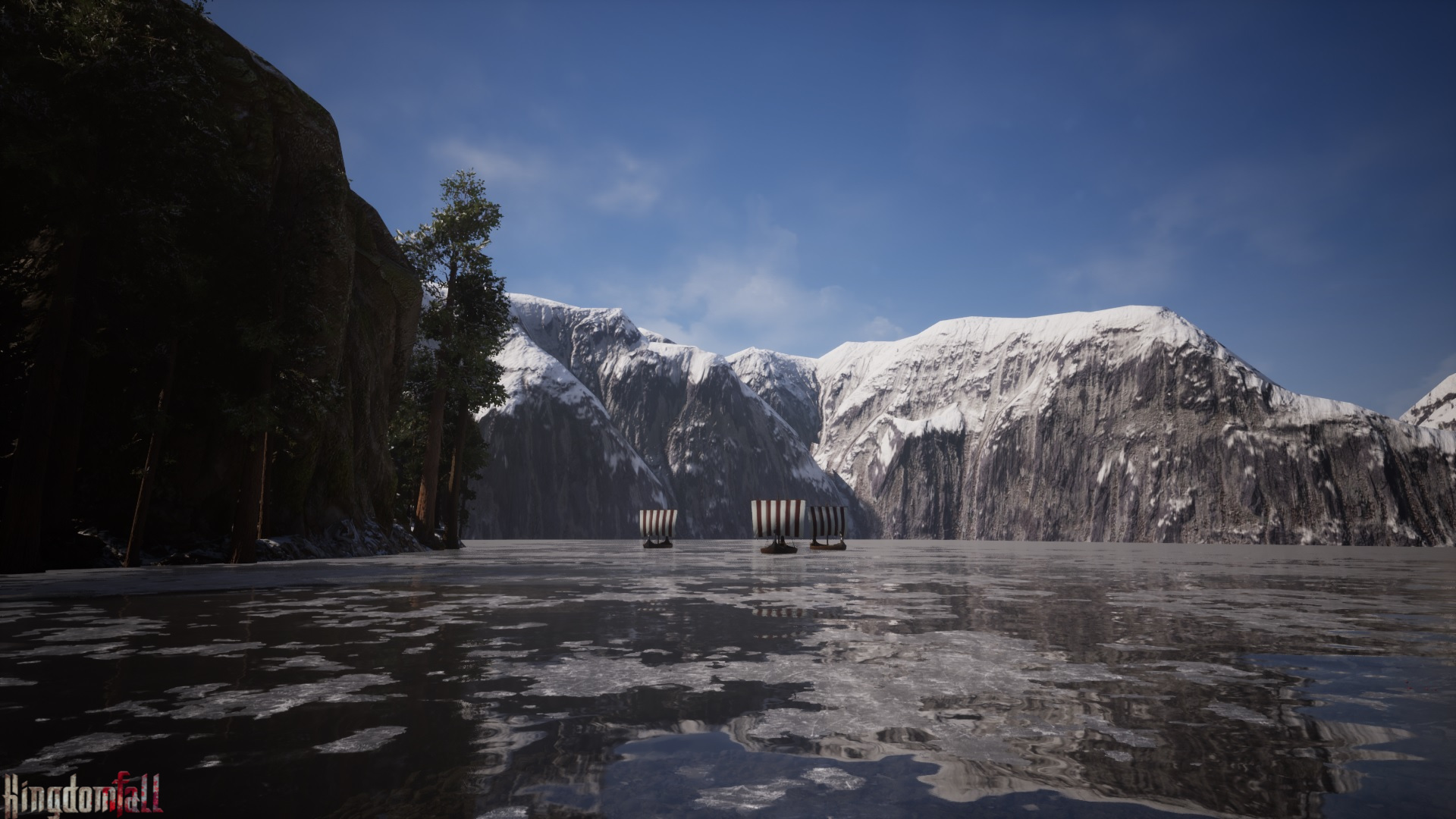 The village on the other side of the mountains is hidden from us behind the huge gates. The pikes you can see here are deadly - don't move fast near them or let anyone to push you onto them - instant death. 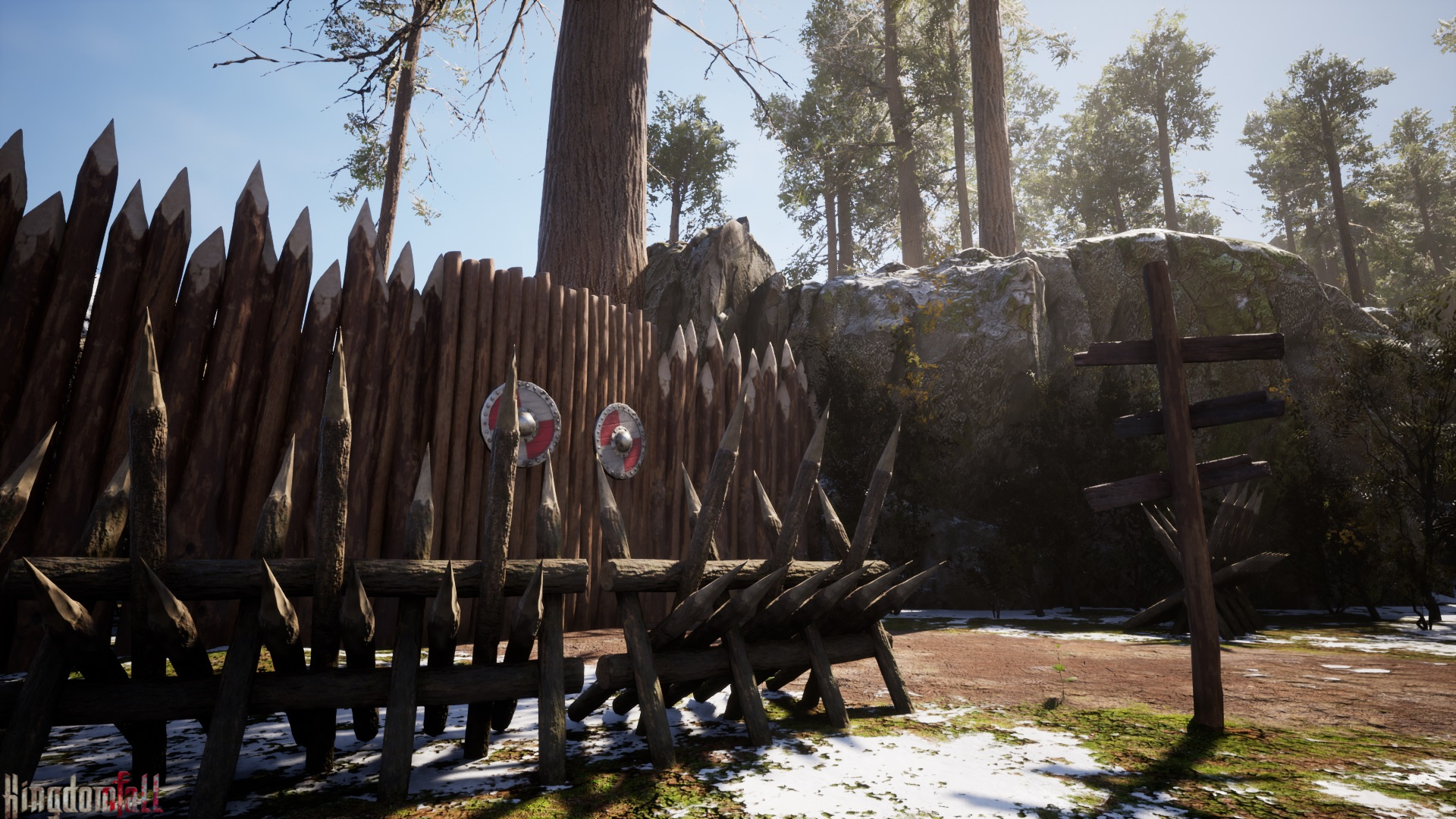 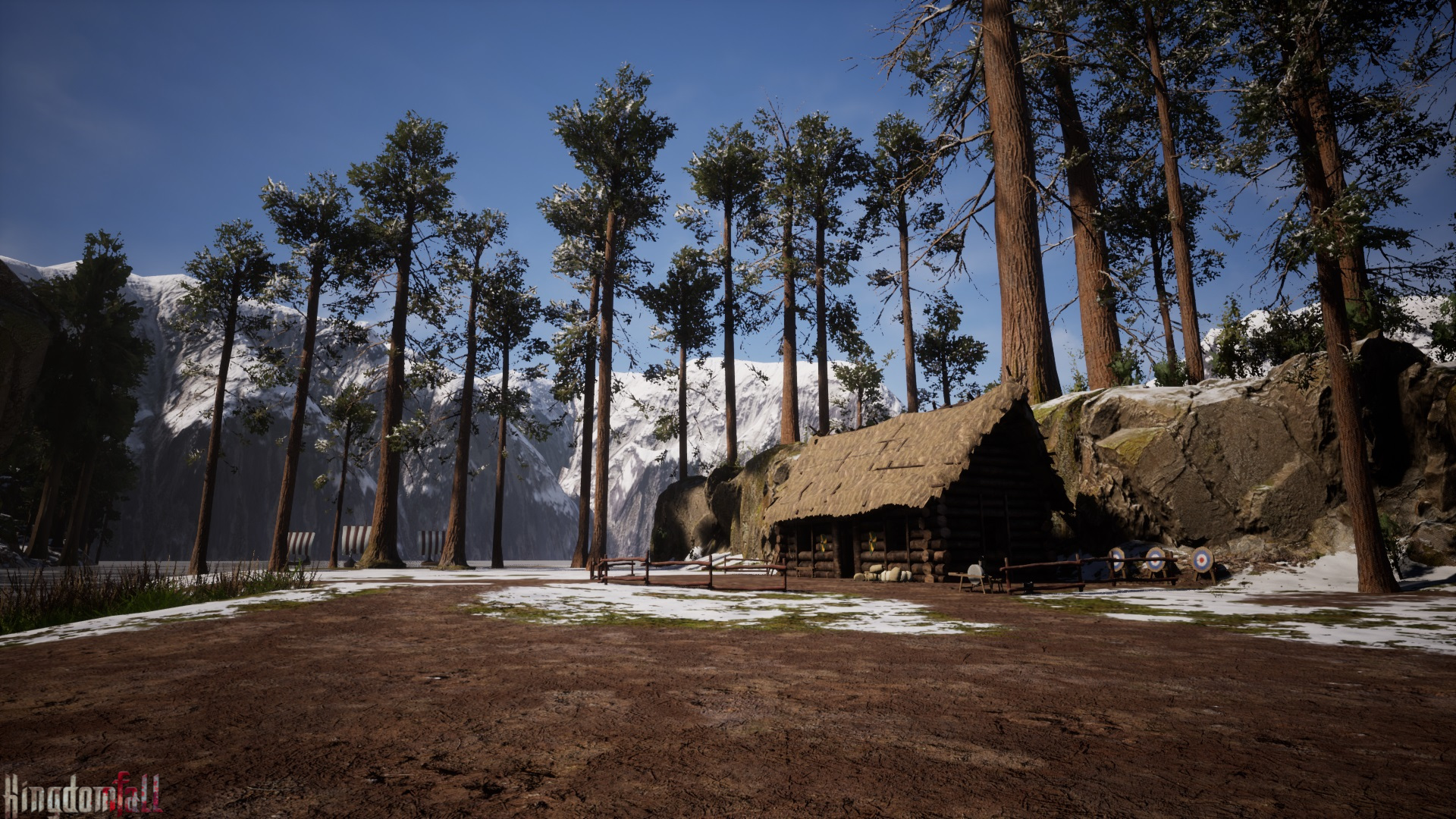 The map is suitable both for multiplayer and small single player fights with NPC, which you can command. Some polishing will be done later for sure, but this is one of the maps that would be ready one of the first.