December has been a month of game design and goals review. This devlog is not going to be our standard feature-based entry but a review of what we’ve achieved and what’s to come.

Hello Pachans, we’ve reached the end of the year. December has been a month of game design and goals review. This devlog is not going to be our standard feature-based entry but a review of what we’ve achieved and what’s to come.

First of all we want to thank you for your continued support. So here’s a candle for each and everyone one of you who makes this Clan, our Clan.

It’s never easy to begin any kind of project. Luckily, as brothers, we always had each other’s back. As kids we loved playing games together and even when life led us apart, playing a game was always a way to reconnect. We were working as devs and artists, we weren’t unhappy but there was a creative itch, something we realized we had to do, and that’s how we embarked on this journey of making a game. 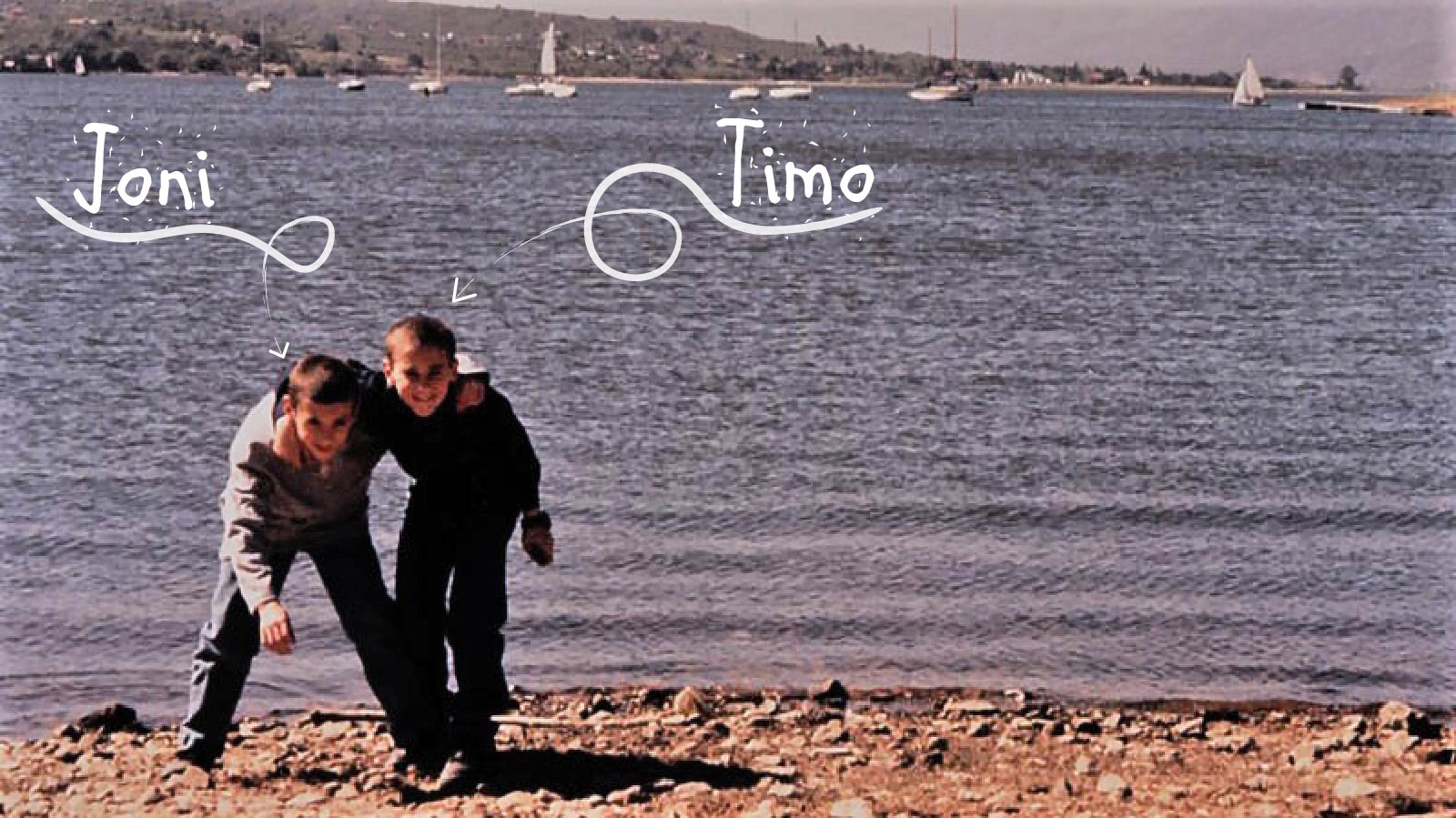 Us, somewhere, a while ago (I wasn't trying to push him into the water, I promise)

Every piece of the puzzle started to fall in the right place. The farming & life genre, the stone age theme, an amazing artist who’s excited about the project, a local publisher that gives us enough support without imposing their view on the game.

All those pieces were great, but we were lacking one essential thing, and it was you, those who wanted to be with us from the start. We presented the idea of Roots of Pacha to all of you back in May and got really excited to find a community with whom to share our dream. The game has changed a lot ever since. The art and the gameplay started to take a unique shape.

Making a game involves a lot of planning, trying out the idea and then deciding if it fits the game or not. Sometimes you need to scrap it all and start from scratch, and that changed our schedule and plans. We realized along the way that we needed more help to be able to iterate faster and include things that we wanted to have in the game, so we expanded our team.

We started working with wonderful people part-time and were able to do more concept art and game assets, add music and SFX, and improve the UI. The game has now reached a mature state where a lot of the mechanics are done, and adding and changing things is a much smoother process.

The best moments of the year were when you shared the excitement for something we’d done, suggested a feature, created beautiful fanart, or simply followed our journey. It honestly renews our energy and helps to make Roots of Pacha even more special.

The game is at a state where we are almost ready to begin alpha testing. We’re making a minigame for our Discord channel for us to have fun together and as a way to gain access to the alpha. Will you go out and explore? How about planting wheat, or brushing our newly tamed bison? What idea will we develop together?.

There’s still a lot of work to do but the goal is much clearer, and we feel it’s the right time for the team to grow in size once again. Because of this, we feel a Kickstarter campaign would be a great way to do it.

Roots of Pacha is a game about the community, about how we, humans, worked together to progress and achieve things that were thought to be impossible. Kickstarter not only will help us grow the team, it reflects how all of us can take Roots of Pacha and make it even greater than we originally thought it could be.

We’re really excited and a bit nervous about this new challenge. For now you can help us by following the Kickstarter page and spreading the word. Details will come in the following weeks.

Thanks for reading and Happy New Year ✨✨✨!