In report #9 we talk about ladders and level design. But what is more interesting we implement a new structure for our reports introducing section “Plenty of time - I’ll read it!”! In these sections we cover more detailed info about one or another topic of report.

Notice: We respect the desire of the IndieDB community to get familiar with the new projects within IndieDB, so we decided to publish regularly (every 2 days) previously released reports on our IndieDB page, until we catch up with the current ones. By the way, you can read all the reports on our website.
Reign of Guilds roadmap - combines all development reports at one place.
And here's our Weekly report #9 (originally released 11/09/18)​

Reporting Friday is on the air, friends, for the ninth time and right on schedule!

Hello everyone and get to the point.

Firstly, we want to talk a little bit about an implementation of a structure for our reports. Our reports basically consist of demonstration of the content (pictures) and text. The text often contains simplified recap of a project development, description of mechanics or just our thoughts and experience.

We want to highlight such text in a certain style. If our reader isn’t interested in it or doesn’t have enough time he can just skip it.

We need to make up a new title for this section. Write your variants in comments and remember - don’t be so serious! This section has the title “Plenty of time - I’ll read it!”

And the best one win (majority of likes)!

And today we’re gonna talk about step ladders. Behind the apparent simplicity, it’s a big headache for developers. Mechanics of ladder interaction seems working only with some tricks.

But first let’s see them.

That’s how the simplest ladders look like in close up: 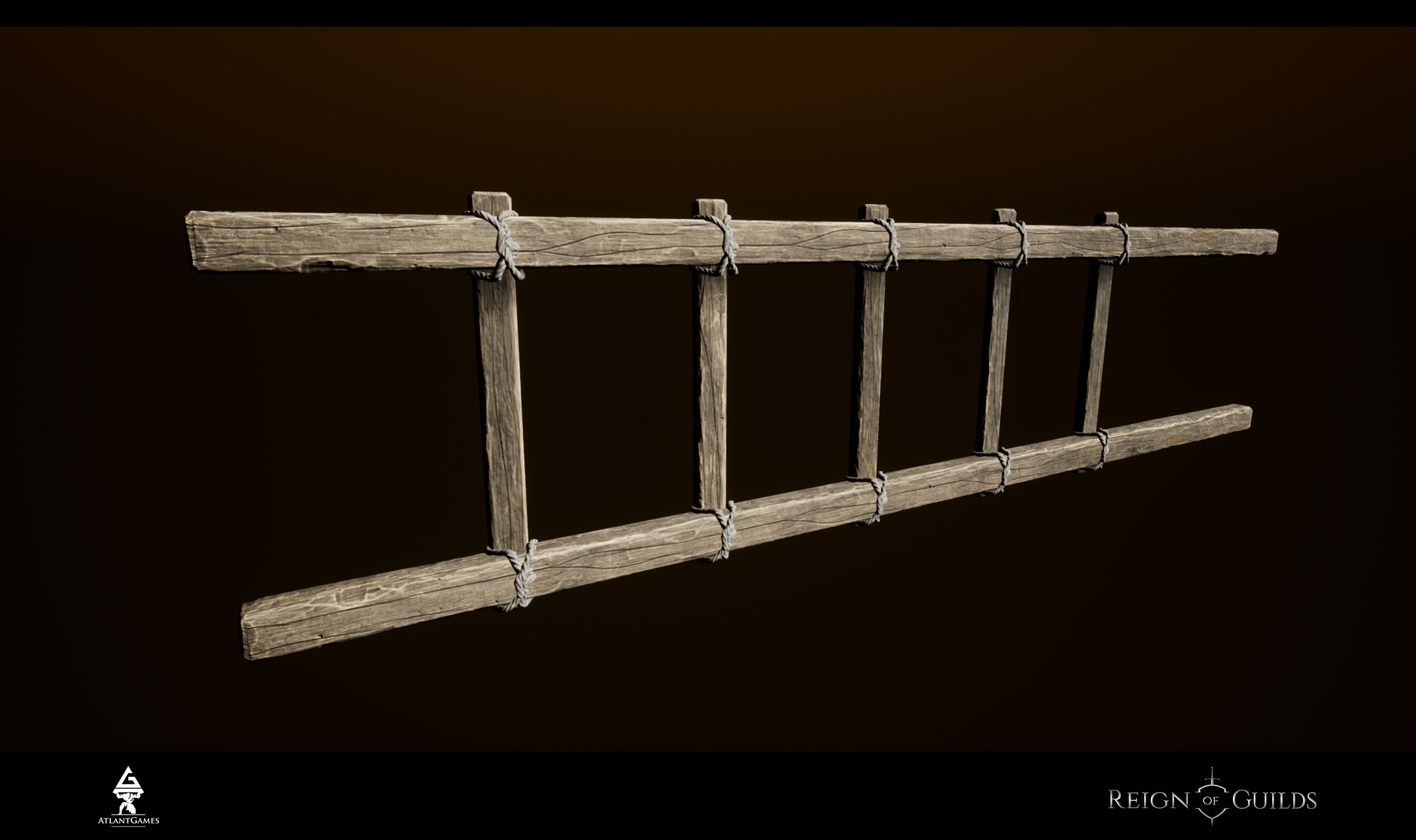 There are many ladders of different length: 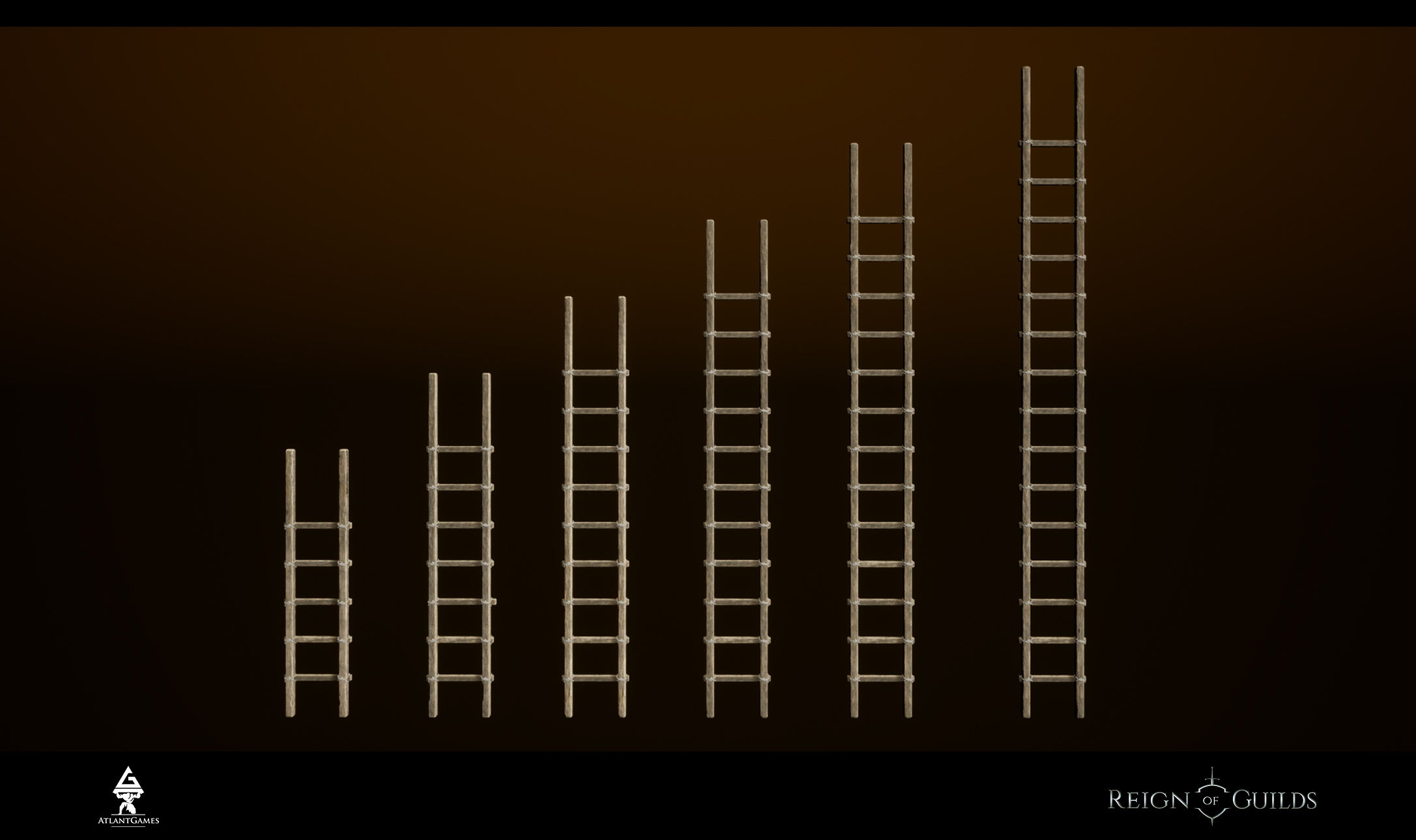 And there are ladders of different strength: 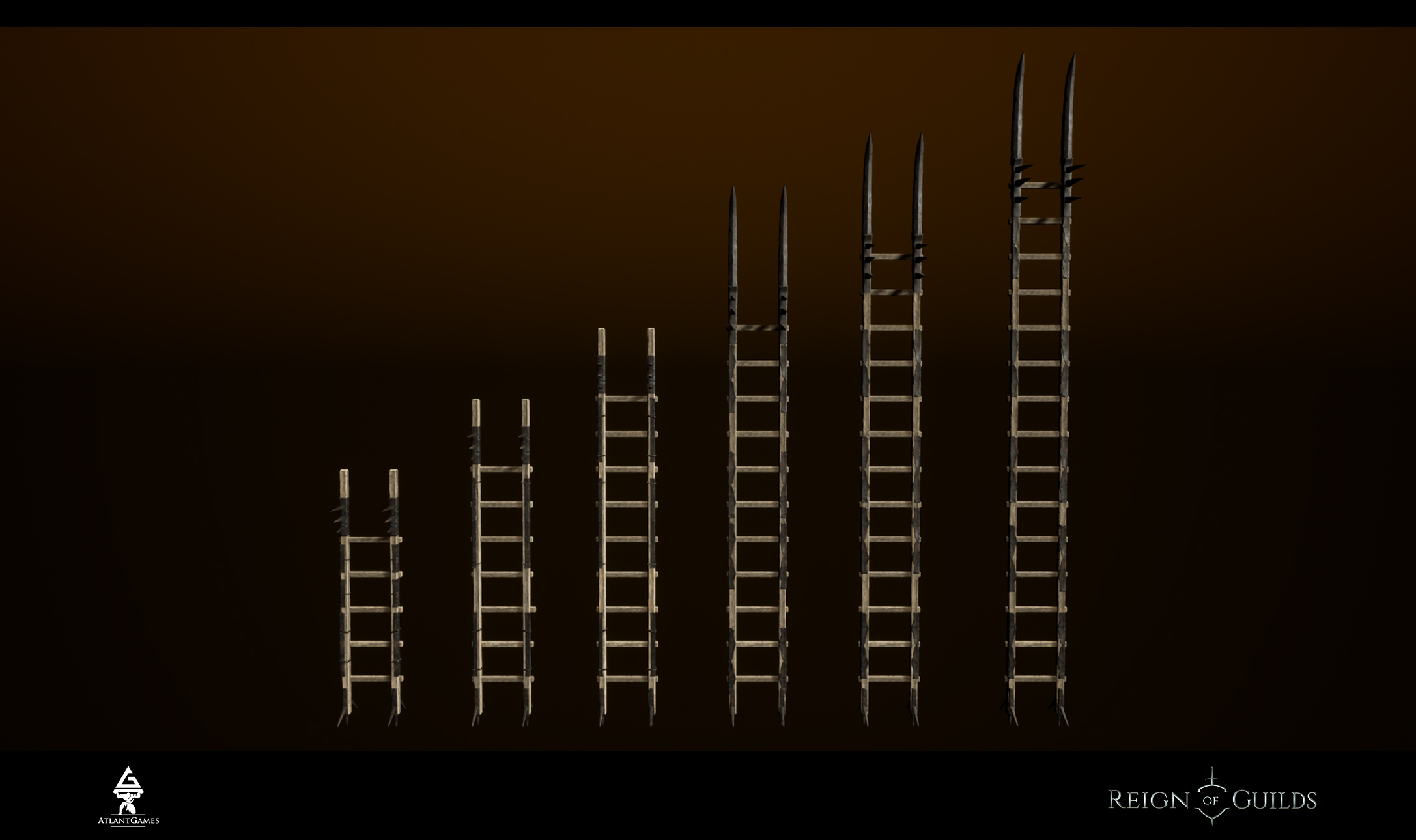 Also there are ladders of different tree species, but we’ll talk about it later. Now let’s talk about difficulties, caused by step ladders.

The main problems with this animations are:

This is not an exhaustive list of decisions. It is used even by giants of industry. Anyway all of you met these moments somewhere;

We don’t reinvent the wheel, only add the rim. Let’s see the results.

A character steps the suitable places because the animation based on unified set of parameters such as the height and thickness of ladder steps.

Yes, it means that all step ladders can look different but this parameters will be the same.

This is an example of unification of the in-game content that allows to optimize work input and time but reduces the diversity.

That’s how it would be if our ladders didn’t have a ledge upper the last step about 1 m:

A character holds on the void because this is not an unified ladder.

Mikhail, our producer (he is also responsible for the instances - internal parts of buildings) is so obsessed with the review of the level design of our designer Vladimir that he can’t stop taking screenshots of the world.

We’ve already told that such world area gives us huge space to add more content. It could happen that you leave beta at the edge of the desert forest and came back into a little village or a new mine. May be even next to a river or a lake.

Now we offer to look at these locations while we think how to optimize it!) 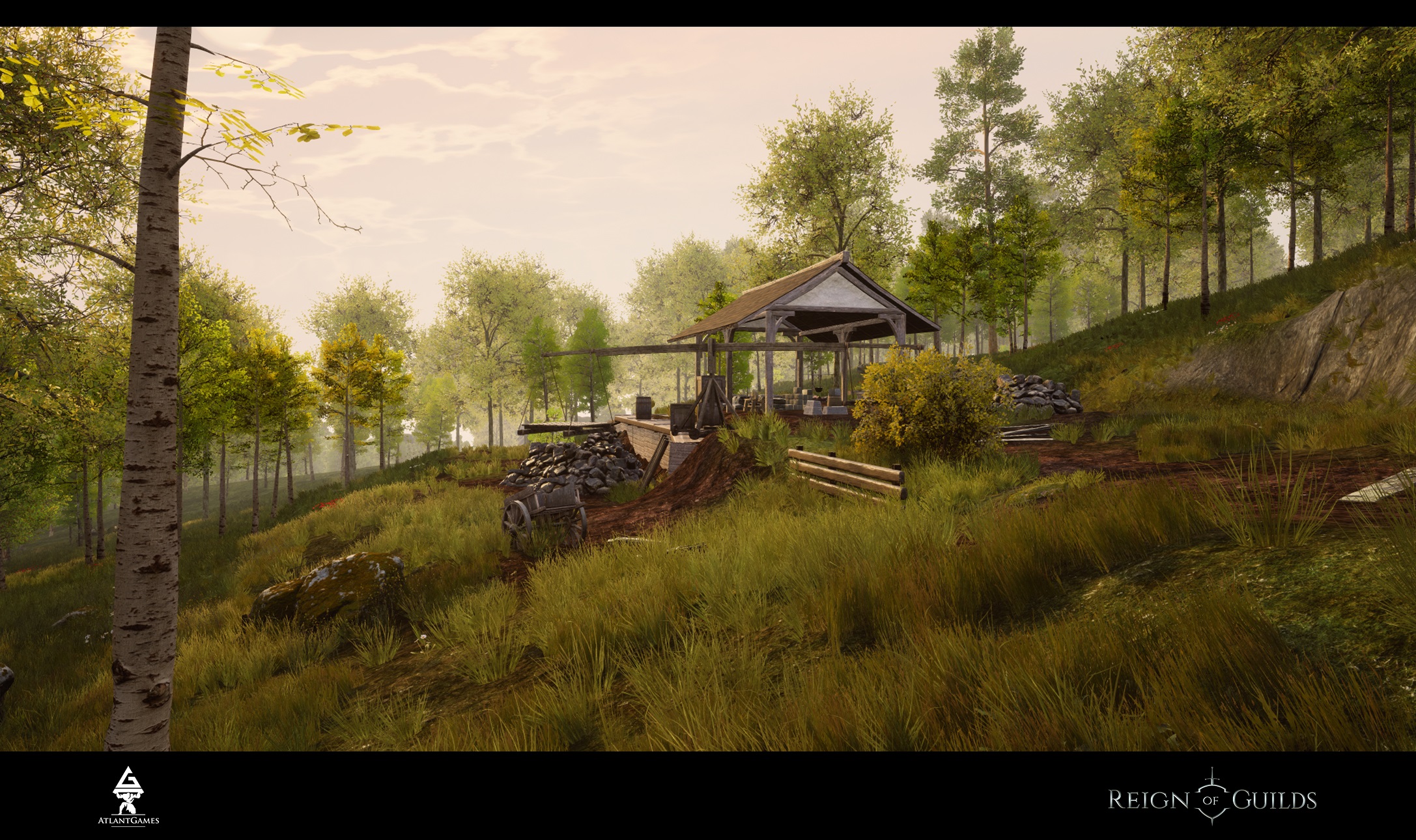 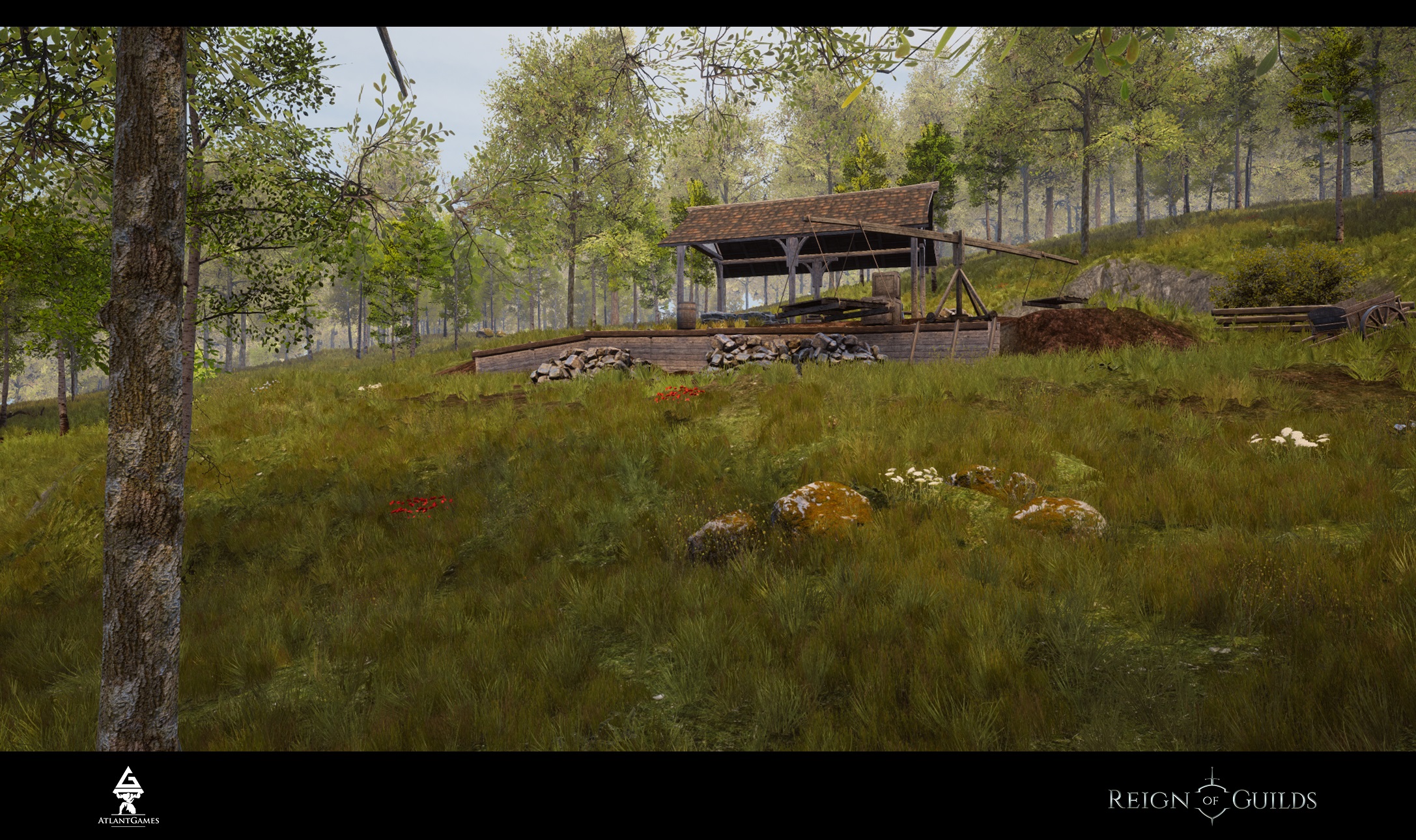 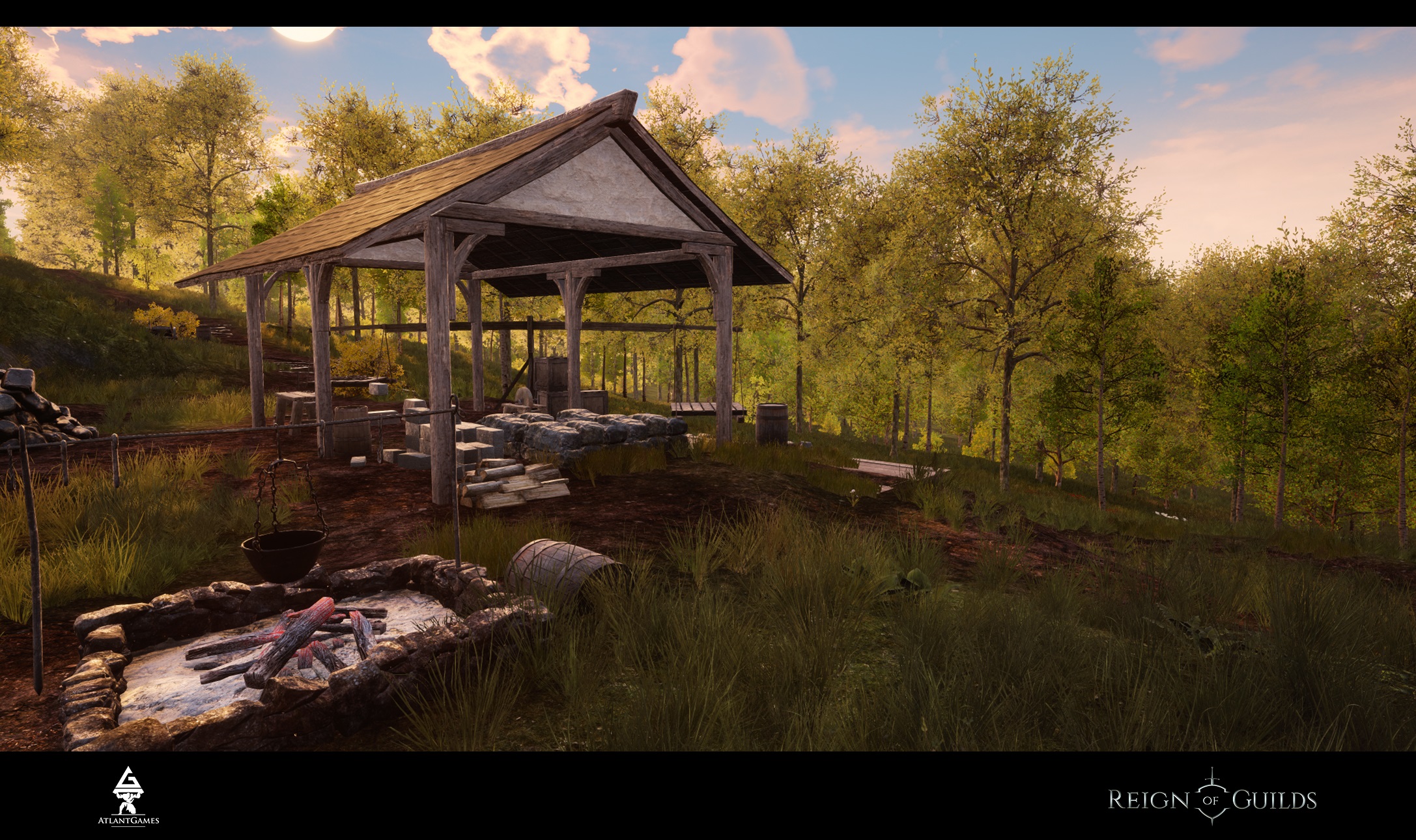 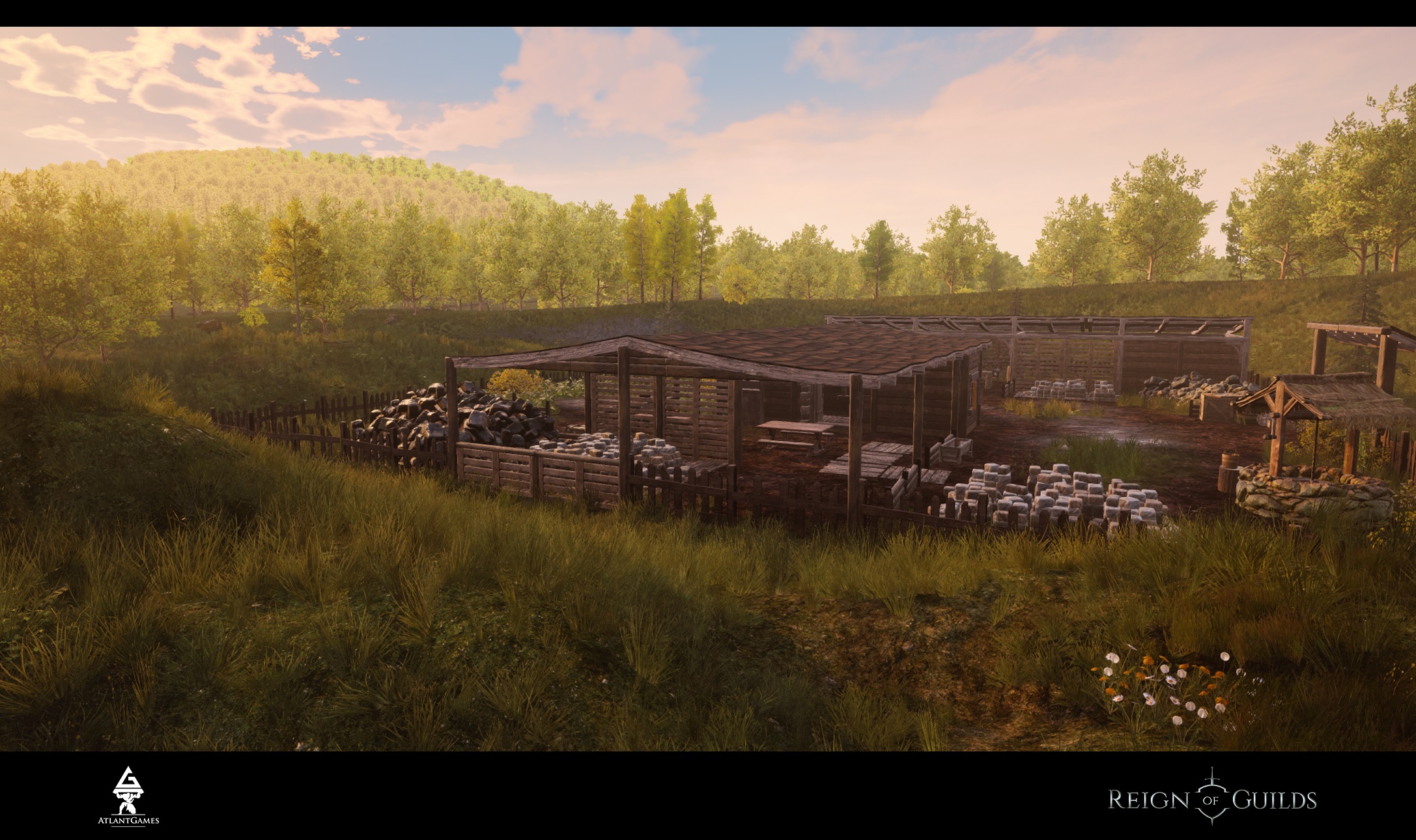 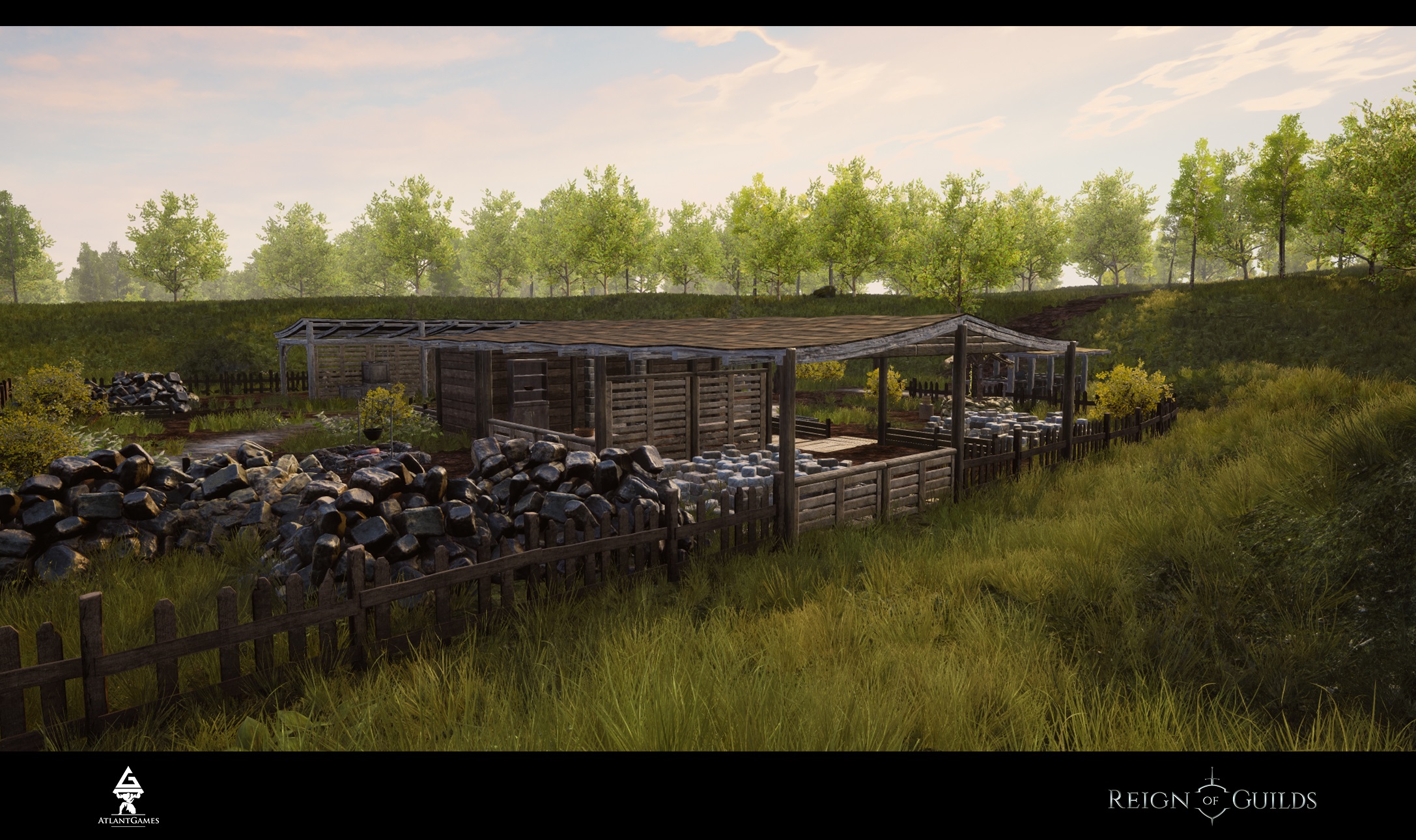 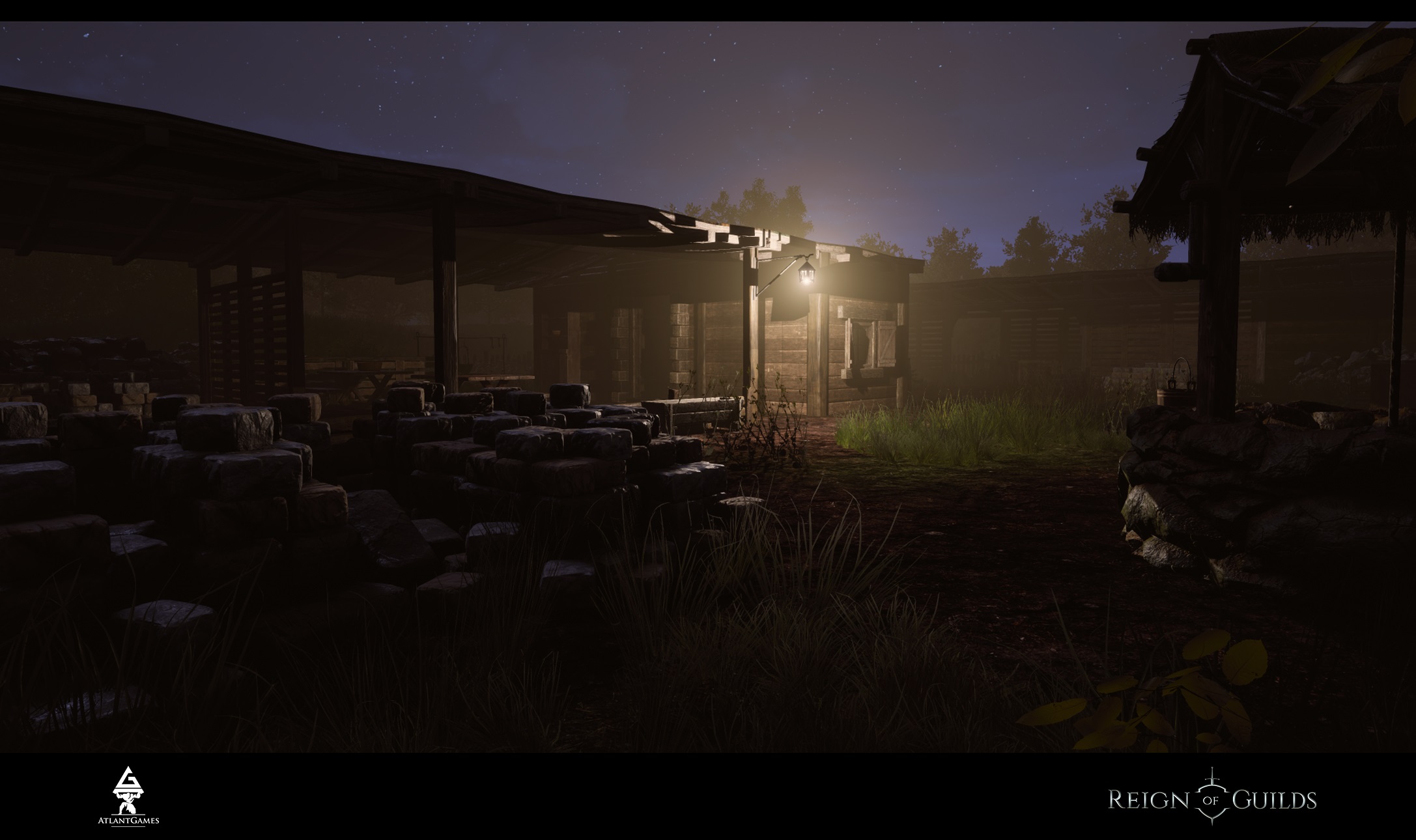 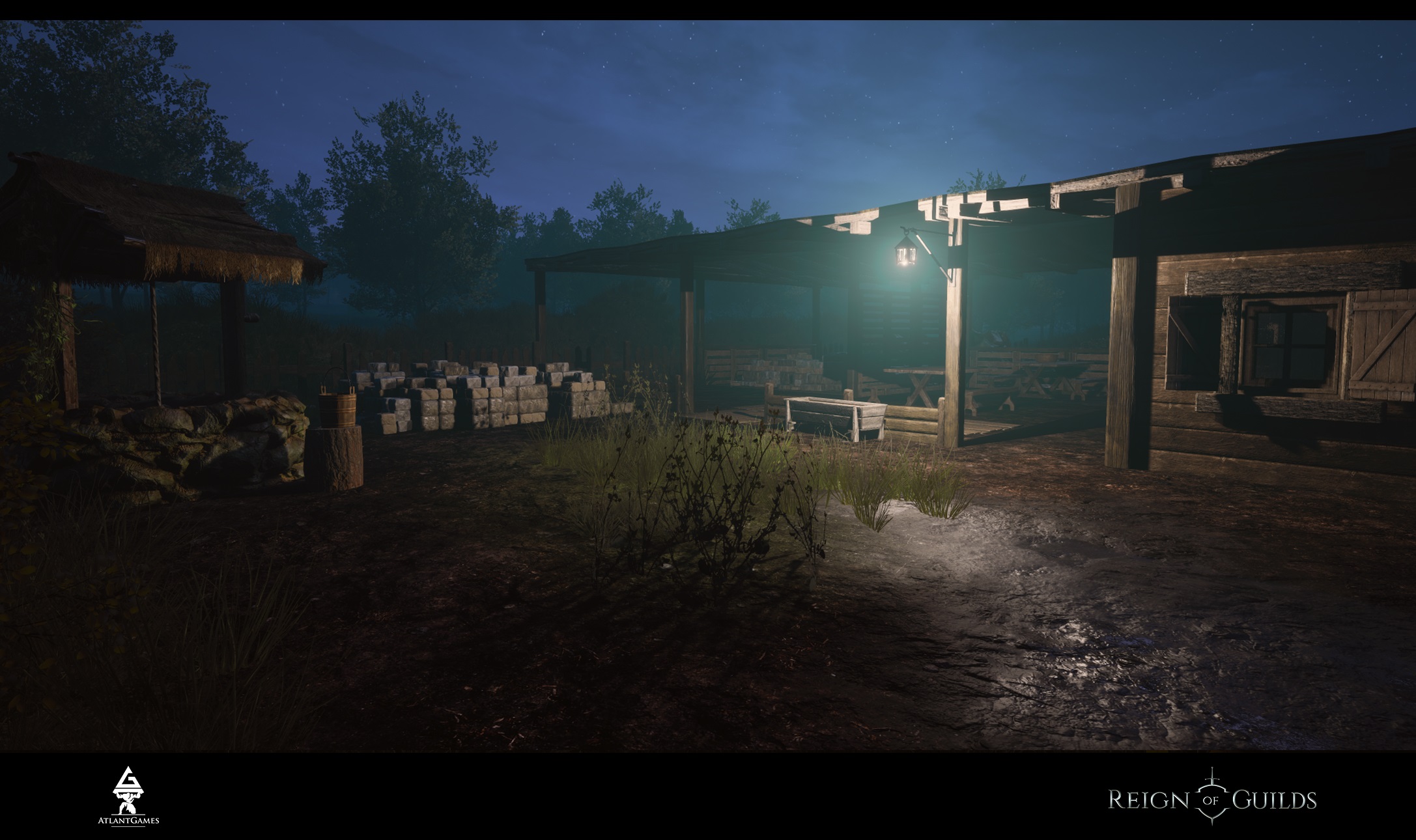 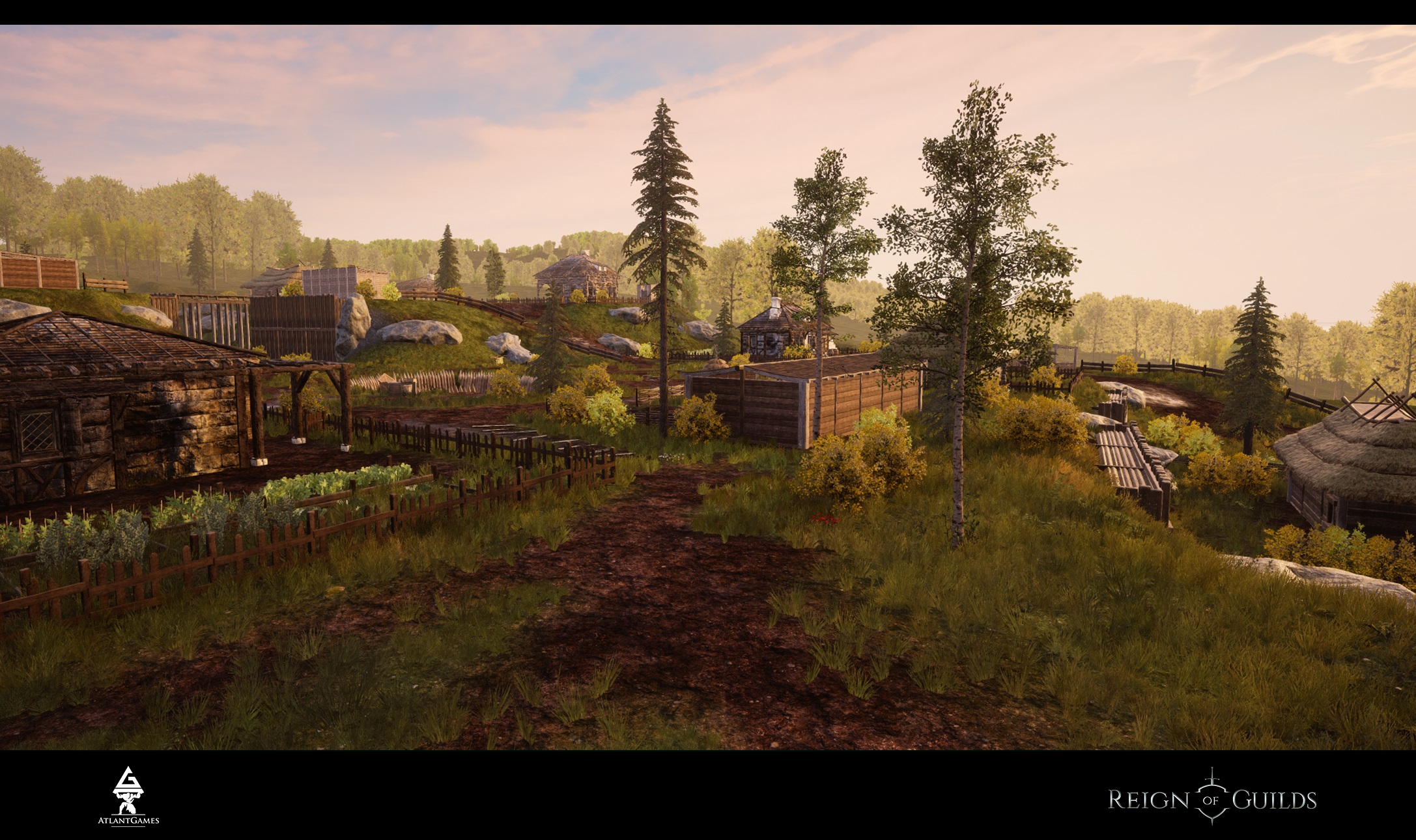 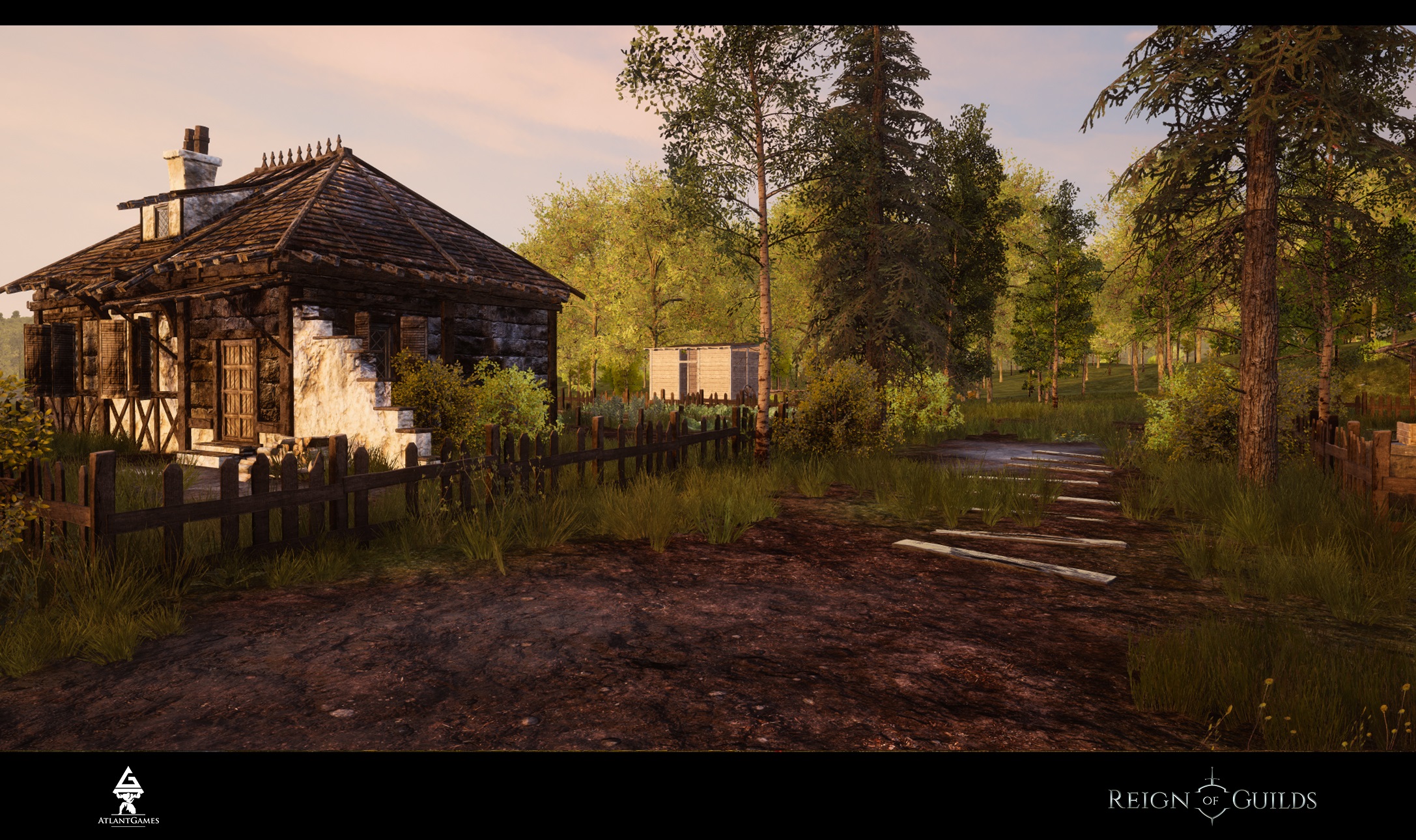 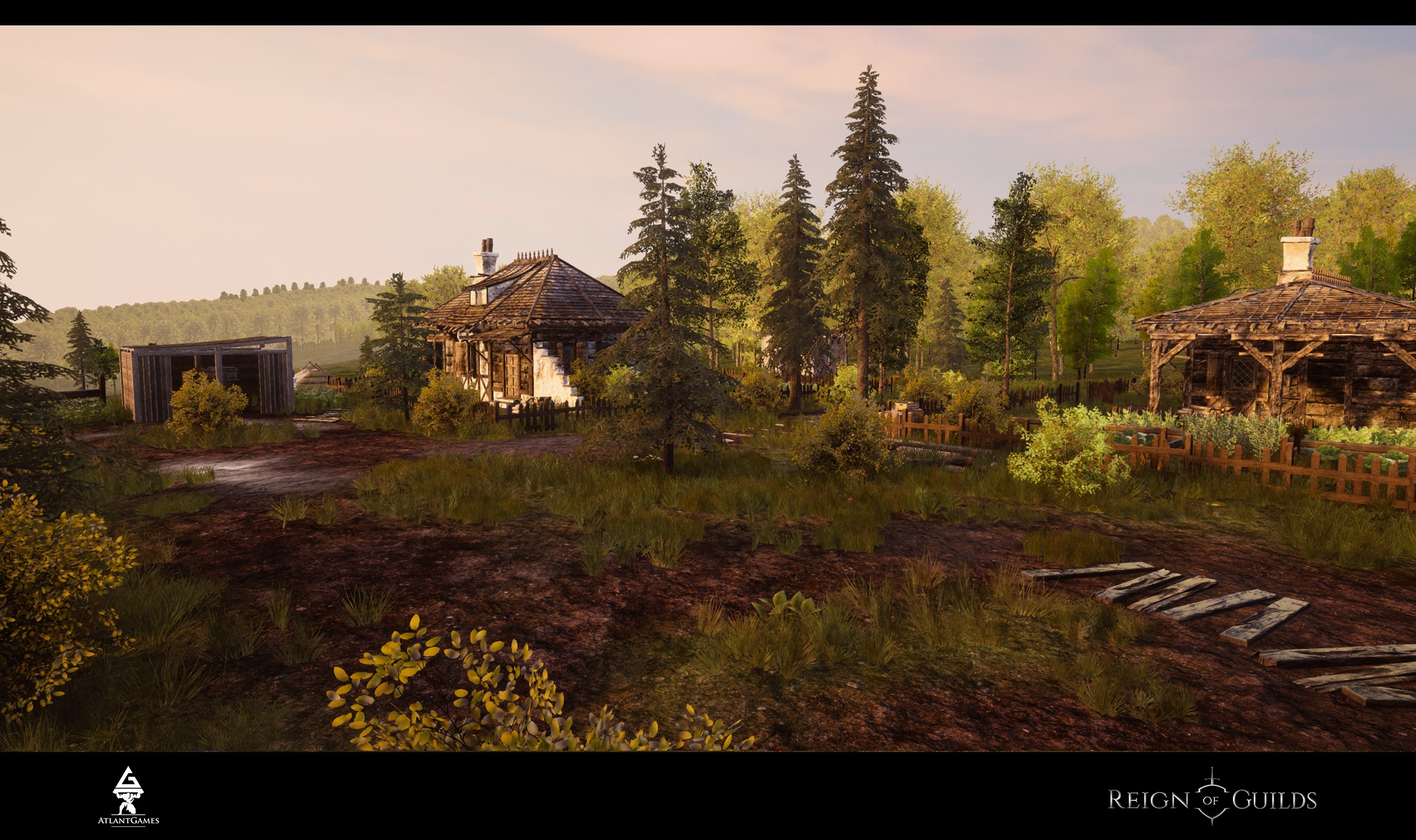 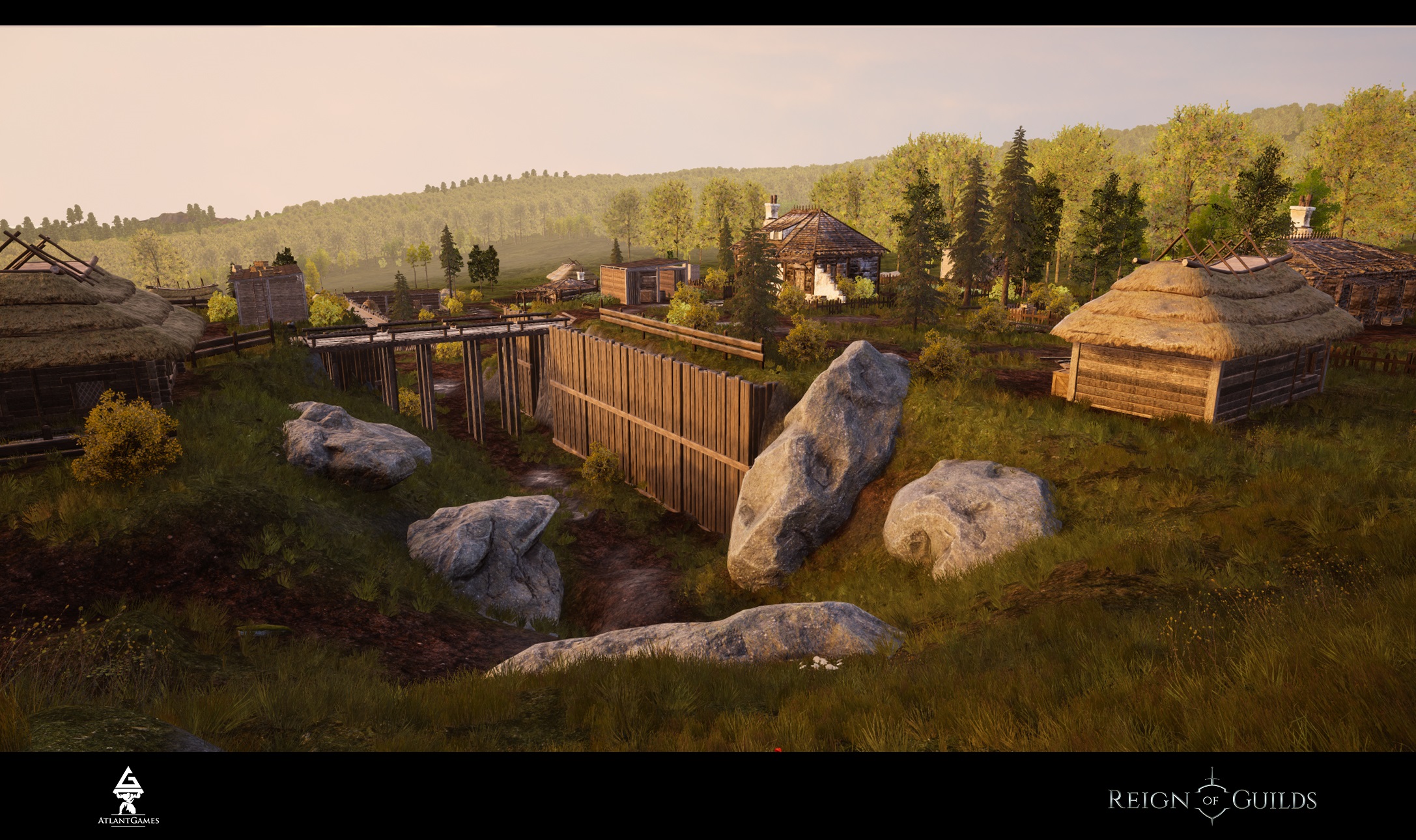 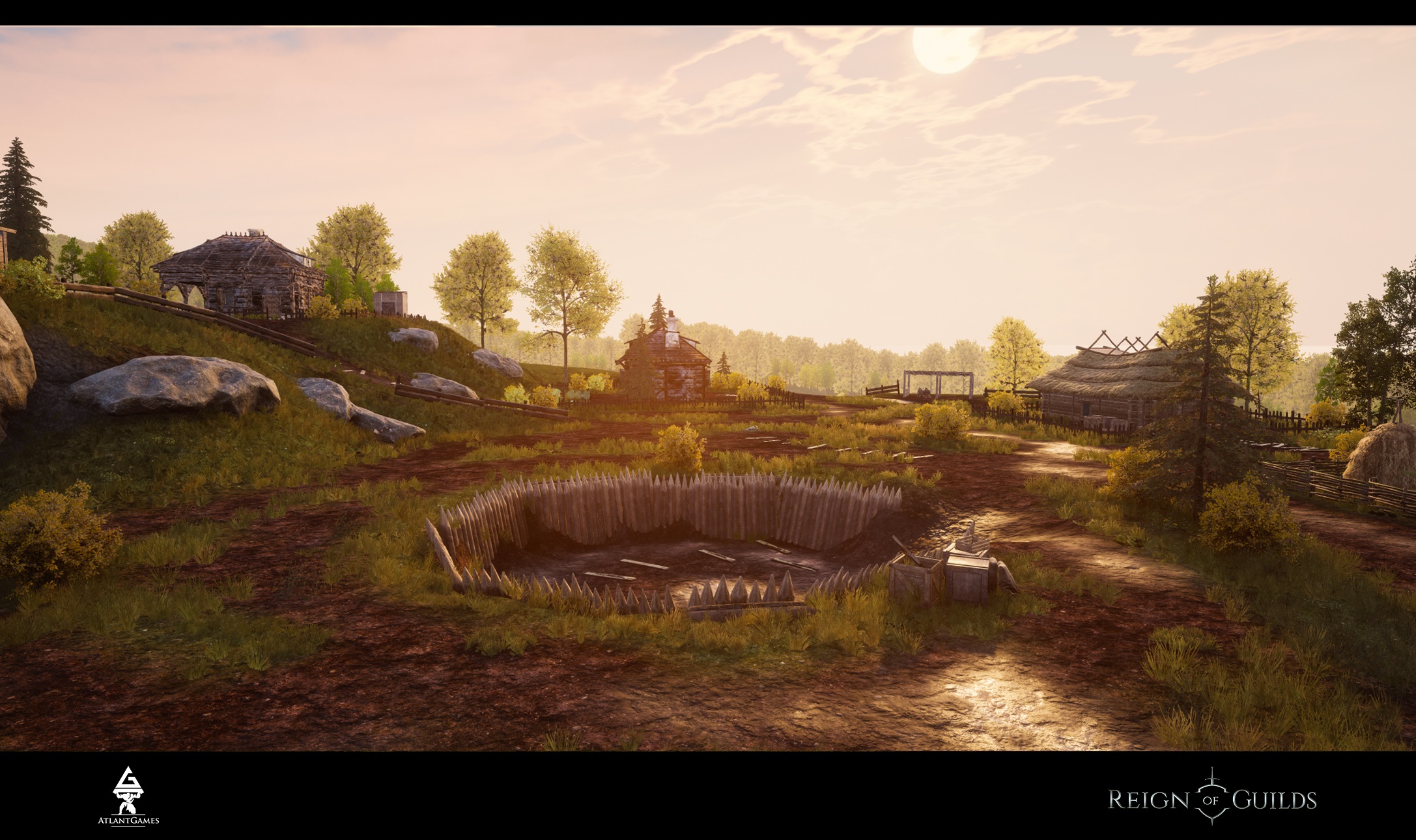 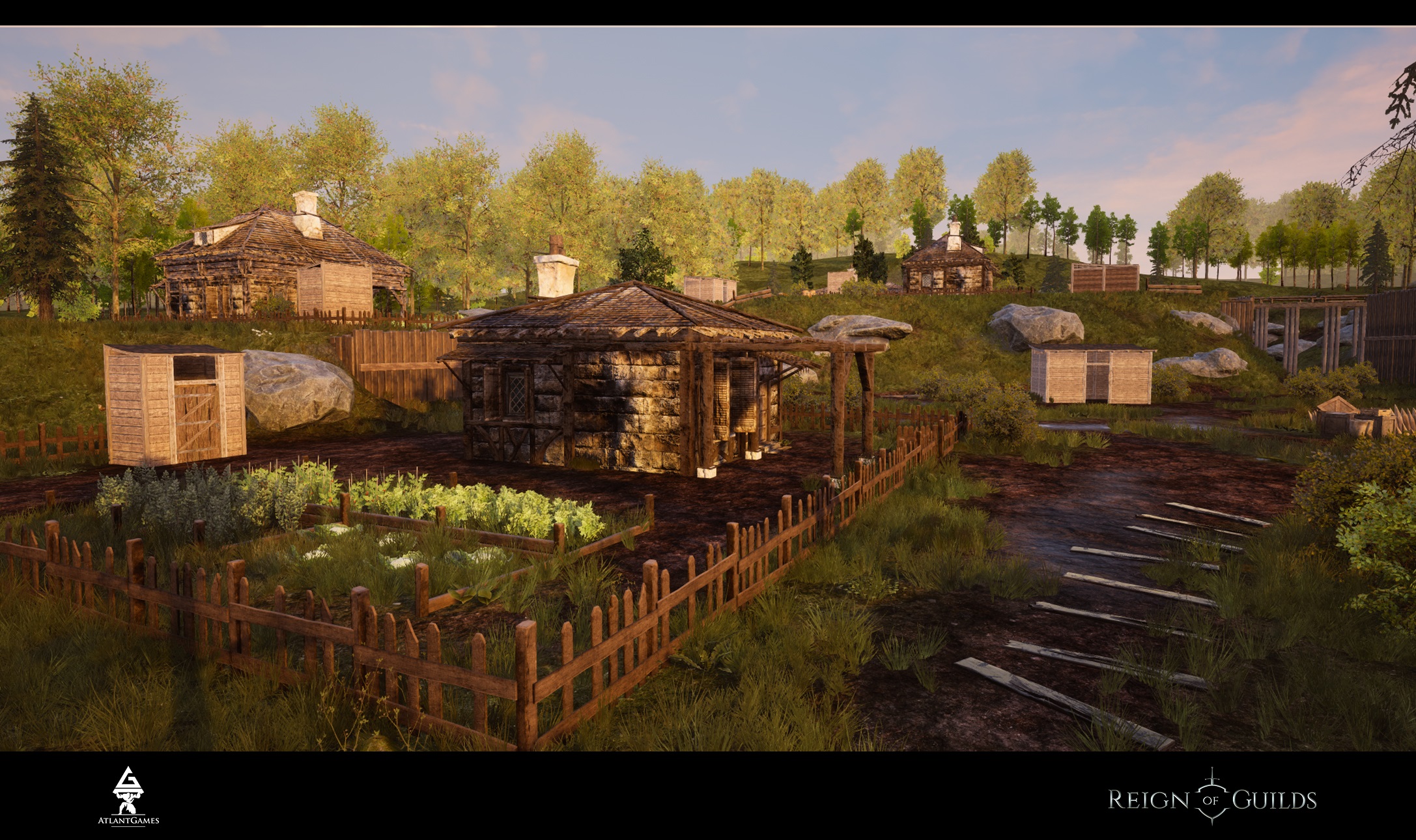 We have come to the moment when we want to show our castles, adapted only to our system of castle capture.

Castle, as a building complex with its instances, will be unusual for the players.

First basement of a simple little donjon with a level 15 is presented below. 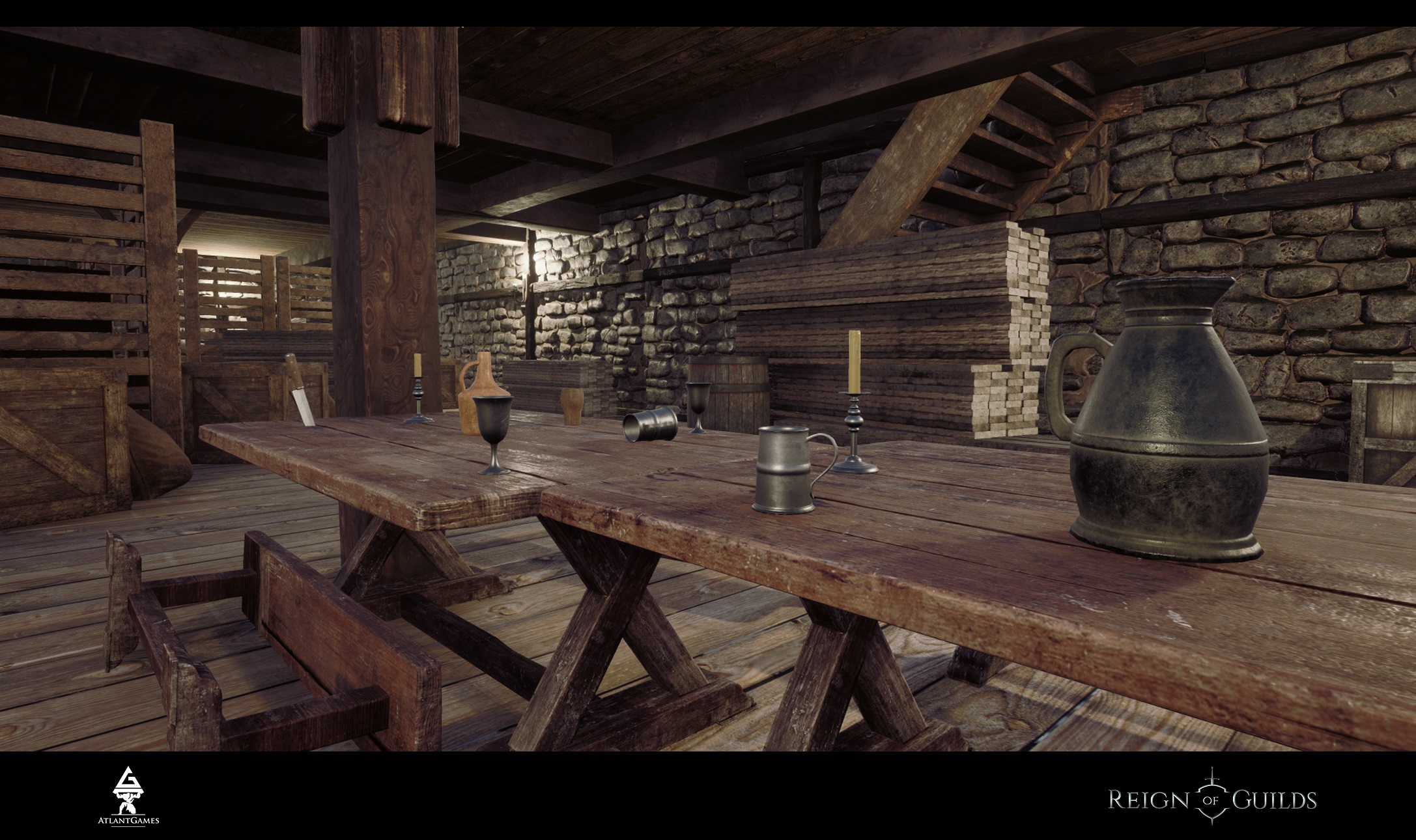 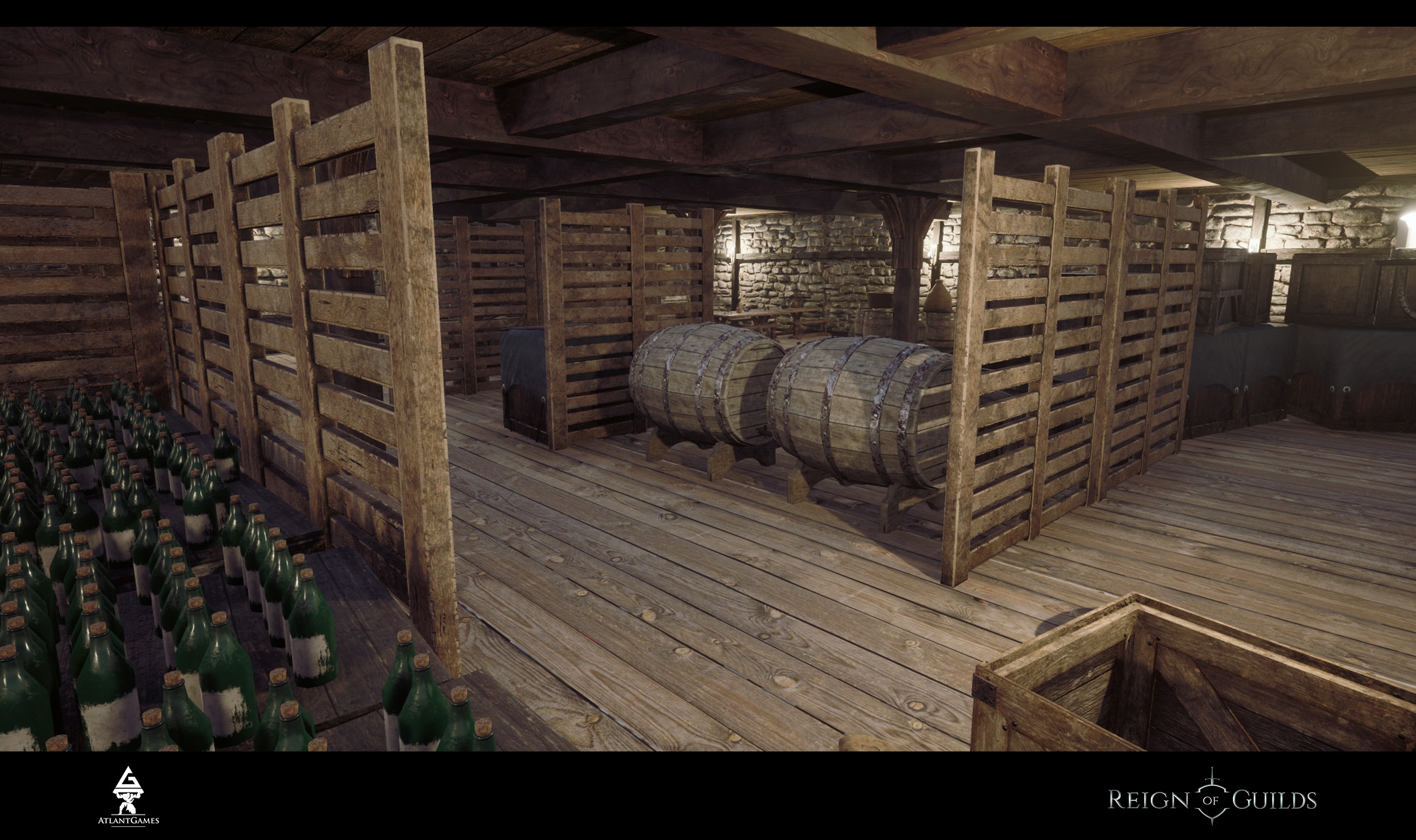 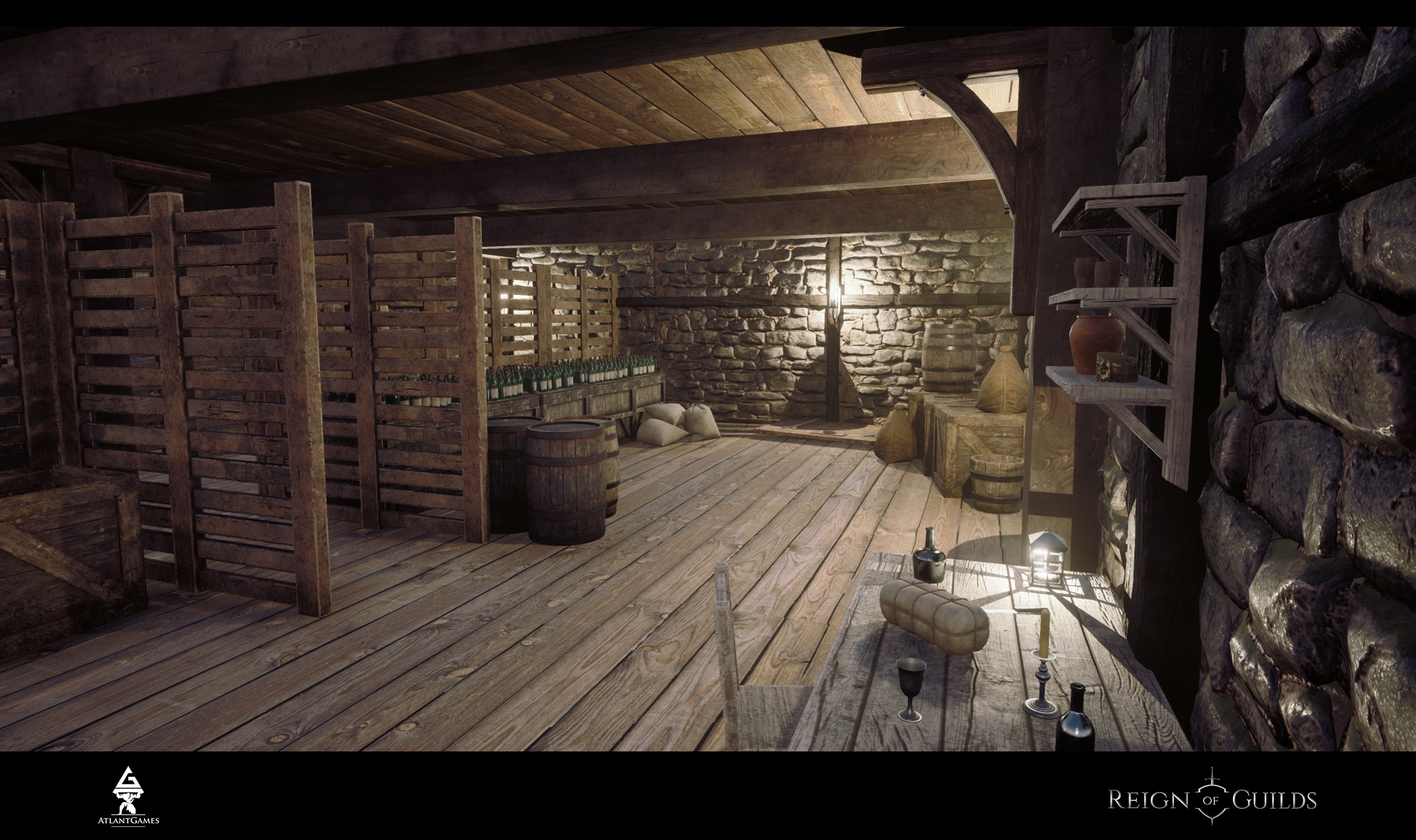 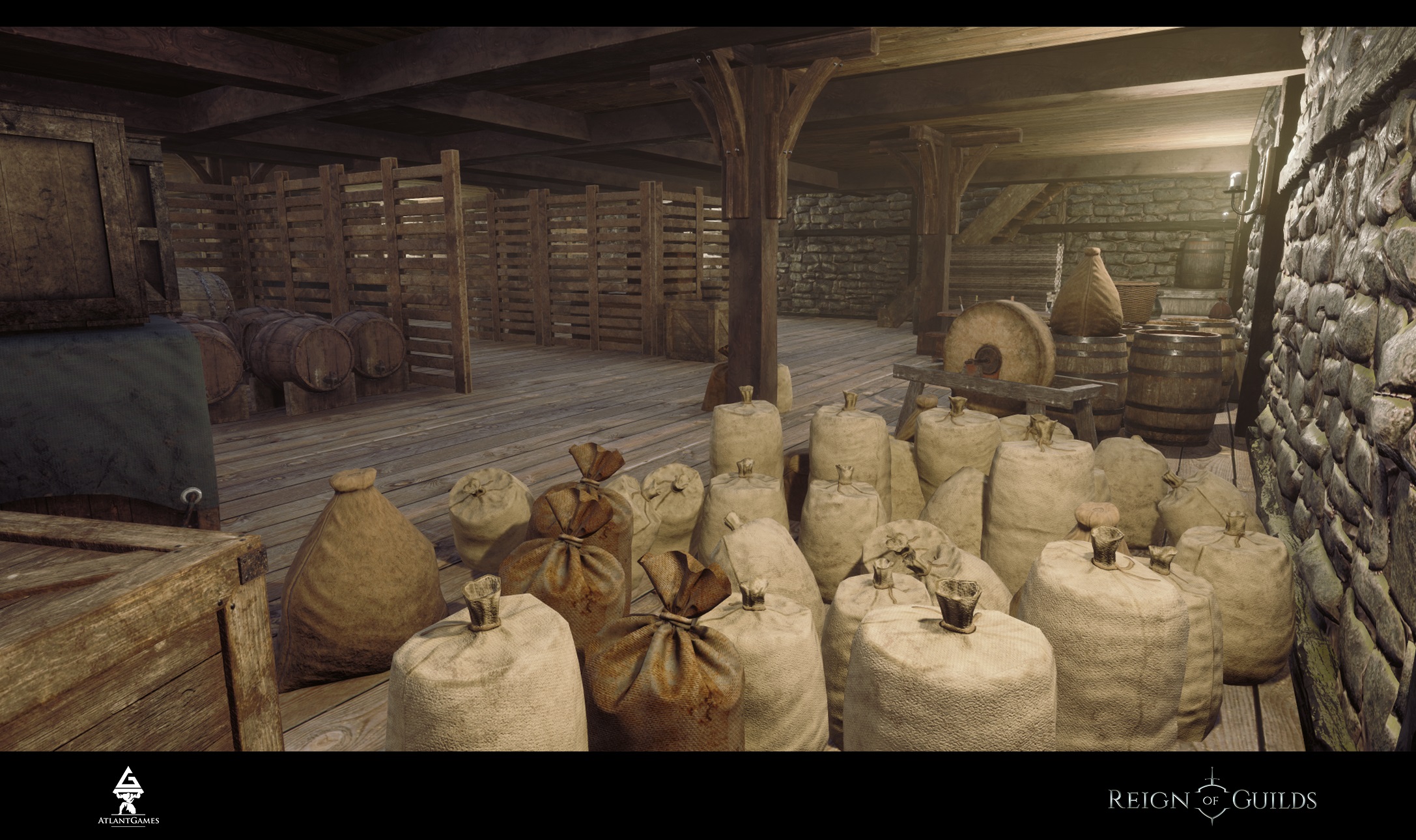 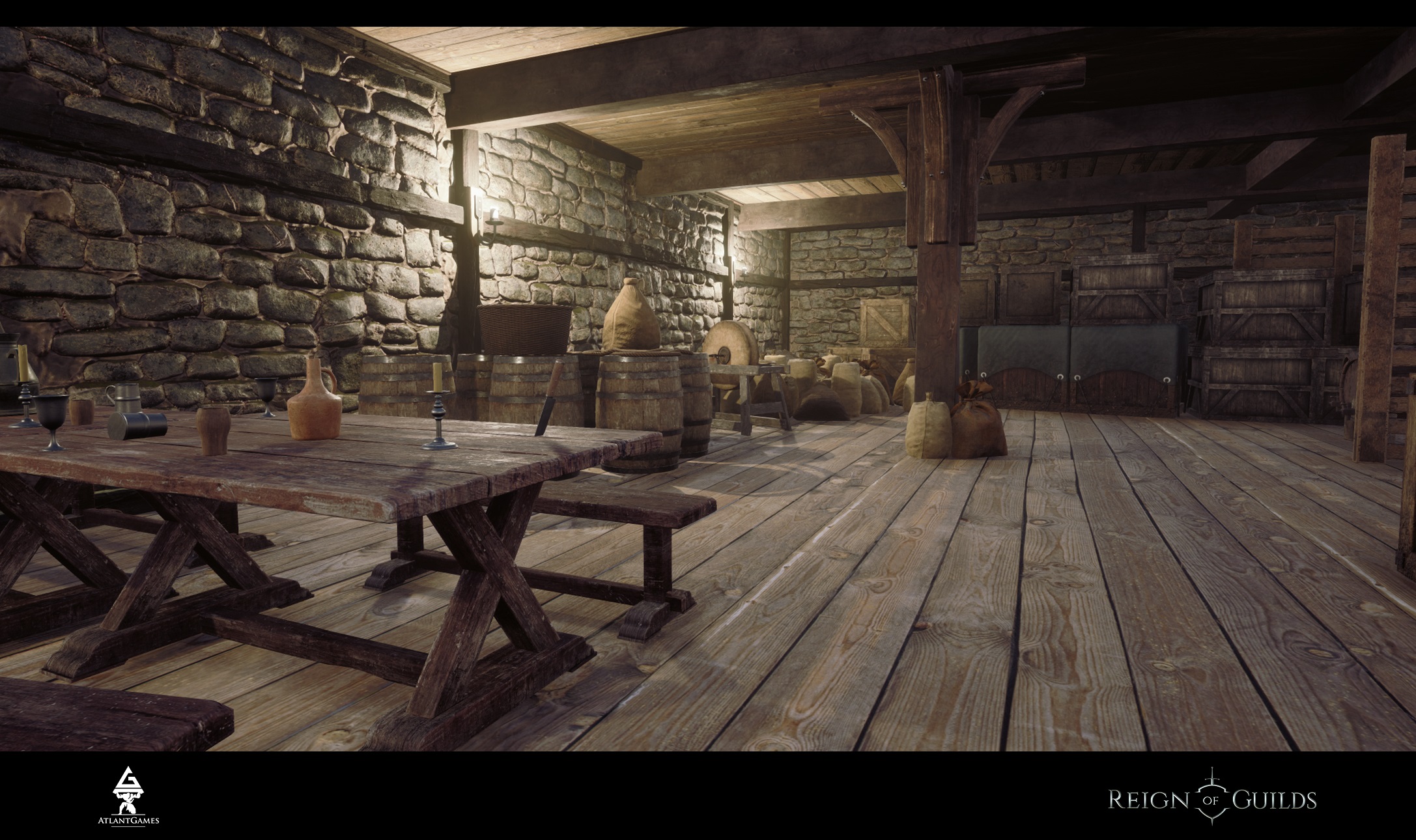 The castle mostly consists of the wood but the donjon (as the main building) has stone basement.

It is basically semi-basement section for the storage. But we know that the storage without table and wine for the storekeeper - is not a storage at all!)

In the next reports we will talk about scrolls, treasury, mechanics of capture and holding of the castle and territories!

In conclusion we’re going to talk about around-development:

And it’s only a small part of our plans and goals. The report isn’t made of elastic!

That’s all, take care and have a nice weekend!

And one more feature at the end: