The report number "Blackjack" is on the air! Today we talk about level design, new 3D models and optimisation.

Notice: We respect the desire of the IndieDB community to get familiar with the new projects within IndieDB, so we decided to publish regularly (every 2 days) previously released reports on our IndieDB page, until we catch up with the current ones. By the way, you can read all the reports on our website.
Reign of Guilds roadmap - combines all development reports at one place.
And here's our Weekly report #21 (originally released 02/08/19)​

The report number "Blackjack" is on the air!

Today we get in touch later than usual and on a smaller scale.

The reason is an extremely busy week with the preparation for adding the world to the project. We made it and now the project takes about 130 gb on our hard disks.

In addition - last week we presented the project to one of the funds at this week, so the maximum of errors and bugs were fixed.

And the most important - until the last day we wanted to make a little video showing a gameplay in the new world but we hadn’t enough time.

Now let’s start at the beginning.

We continue to work on the structure and atmosphere of the underground space.

The results are shown below. The tree in the daylight is most likely the illusion or beautiful fiction because the mines will be an instance type. It has nothing to do with the open world technically.

The daylight is an unnecessary load with regard to the performance. However, the measurement can change our mind. It can happen that we will afford it without fear of losing FPS. 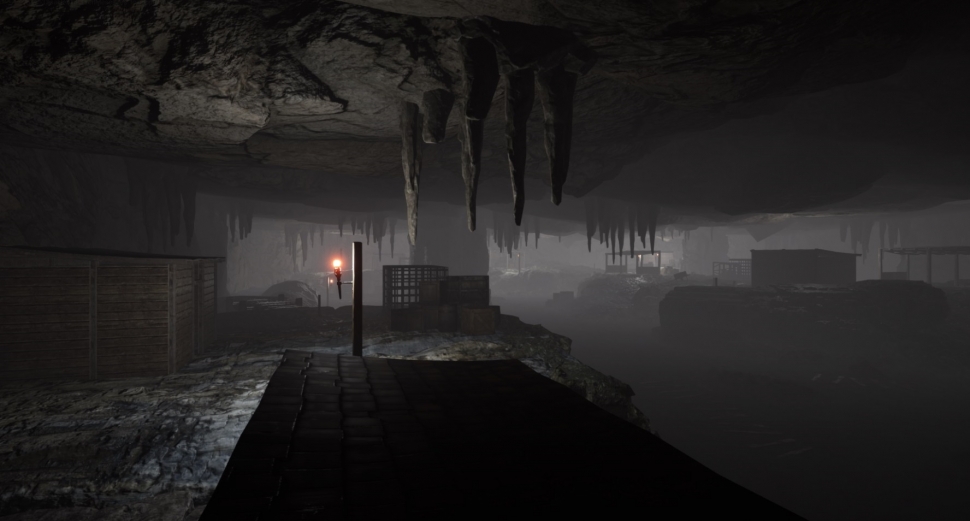 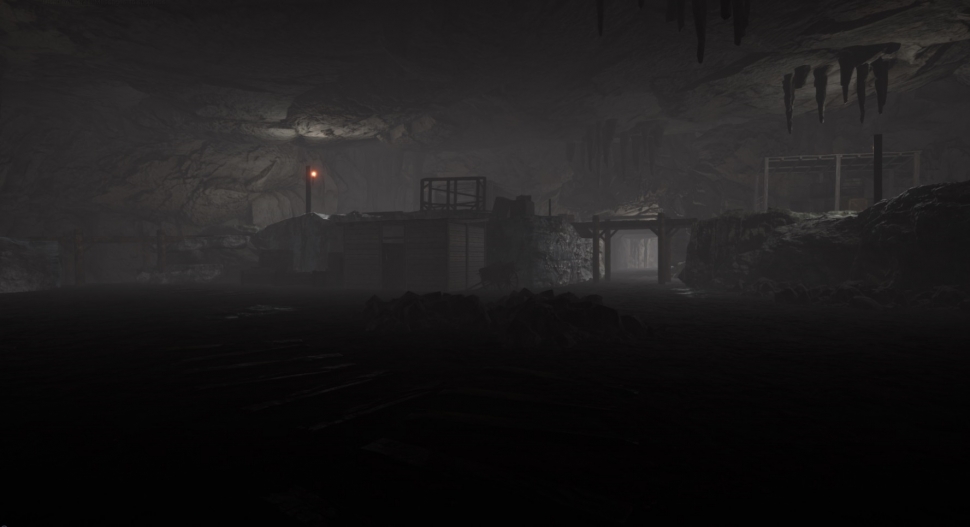 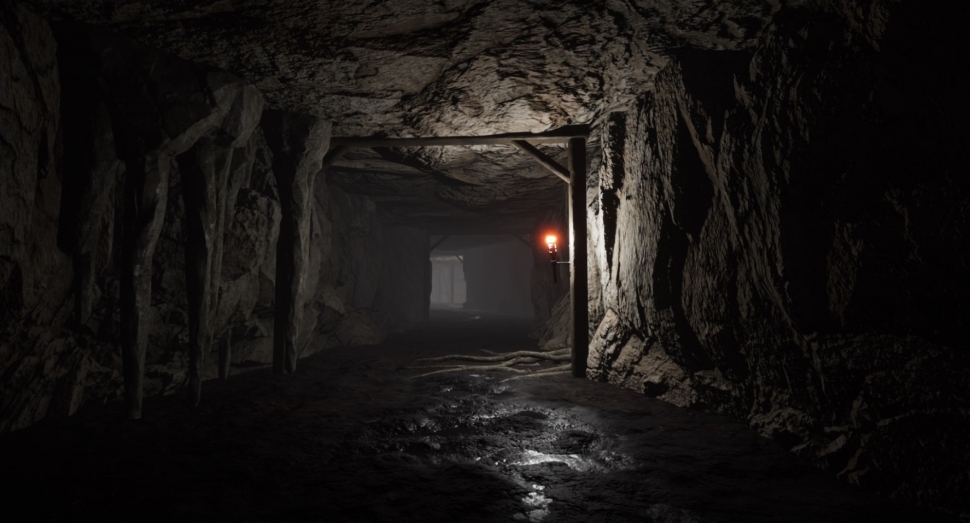 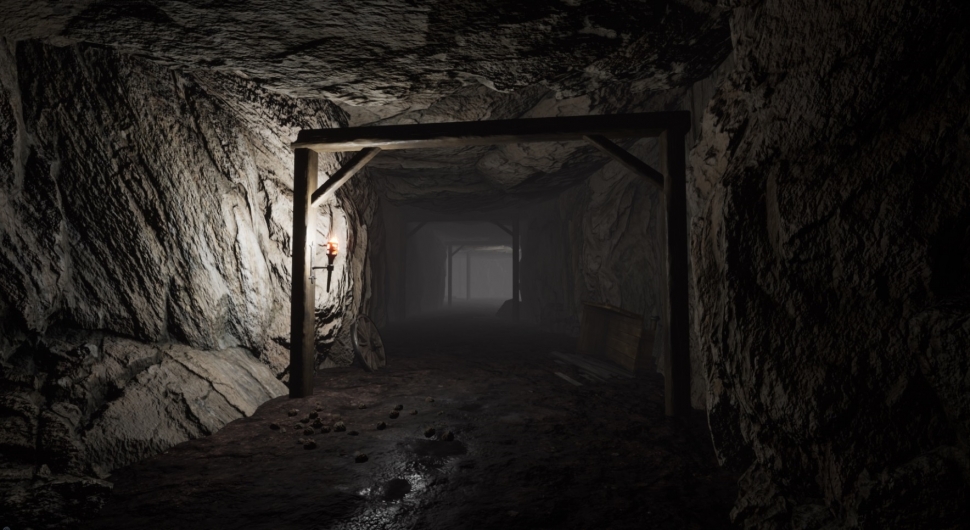 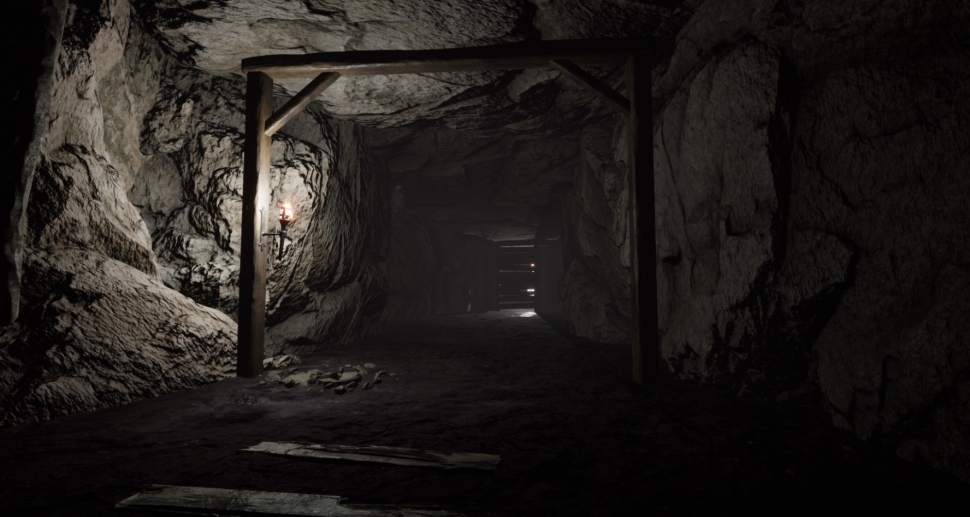 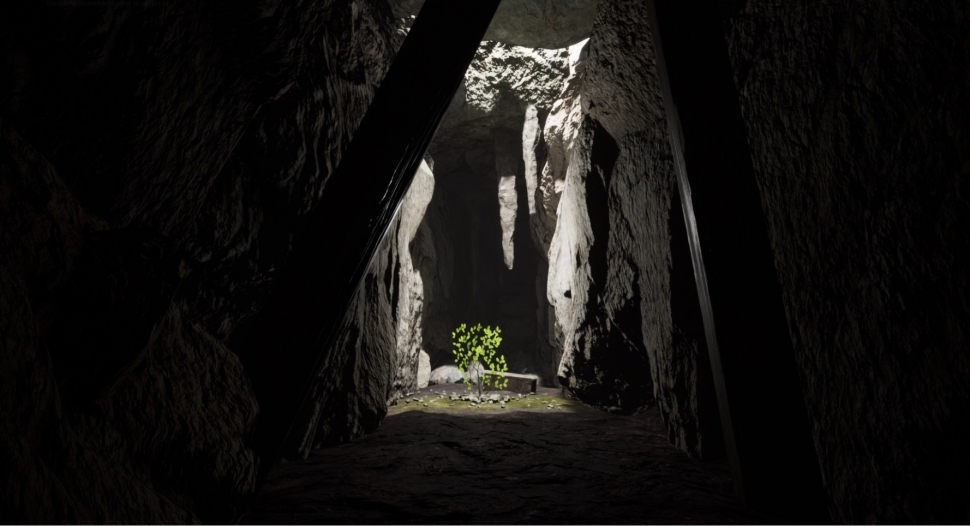 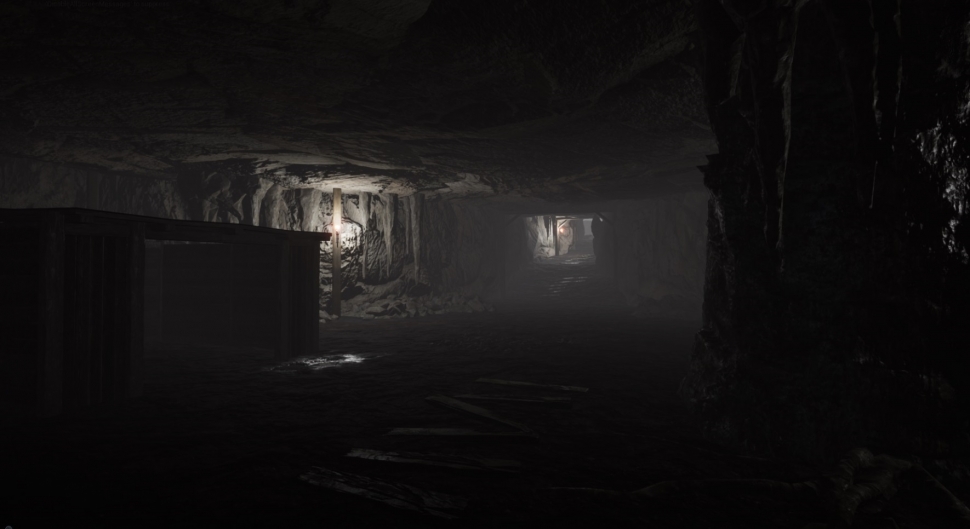 We returned to a barbarian’s armour. It will be the next vocation to be added in the project.

Screenshots show its gambeson and a helmet of the third tier. The way of barbarian prefers the medium armour. 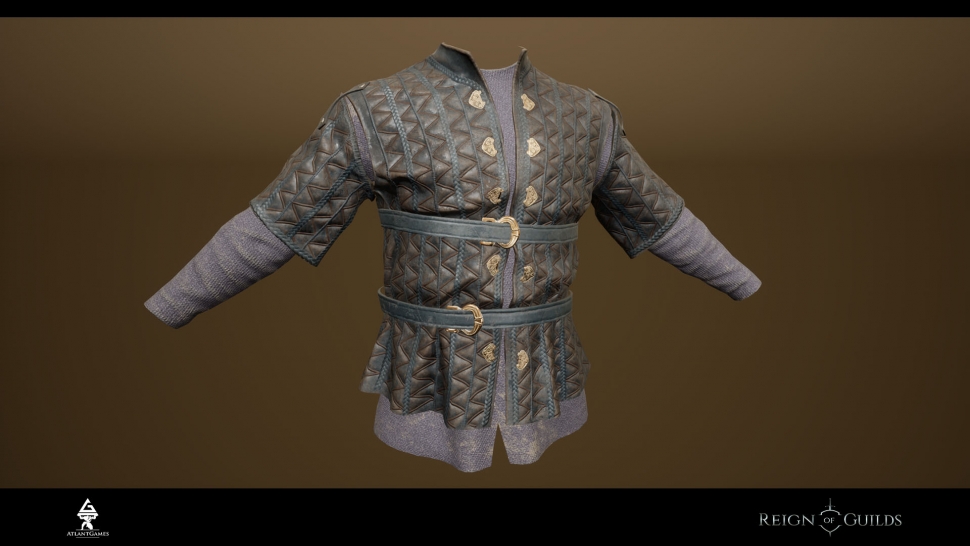 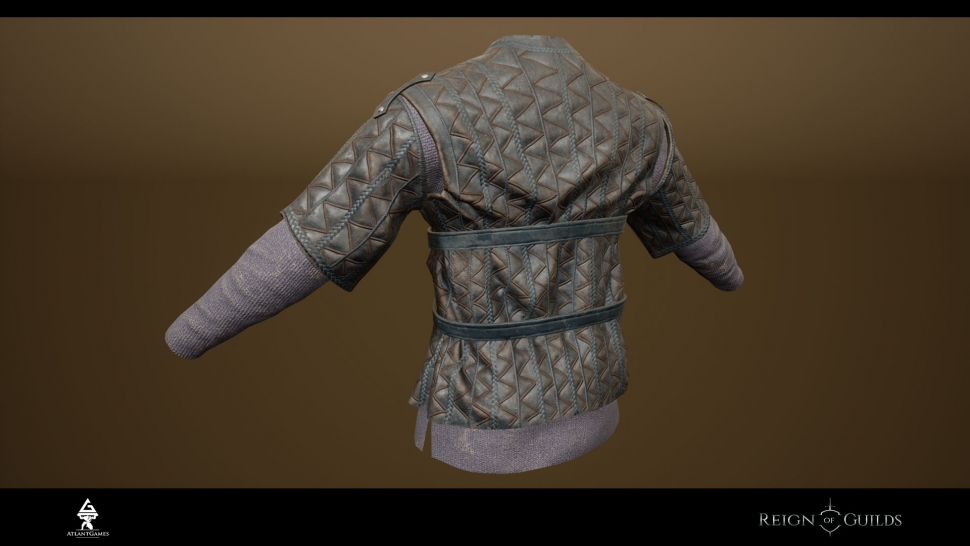 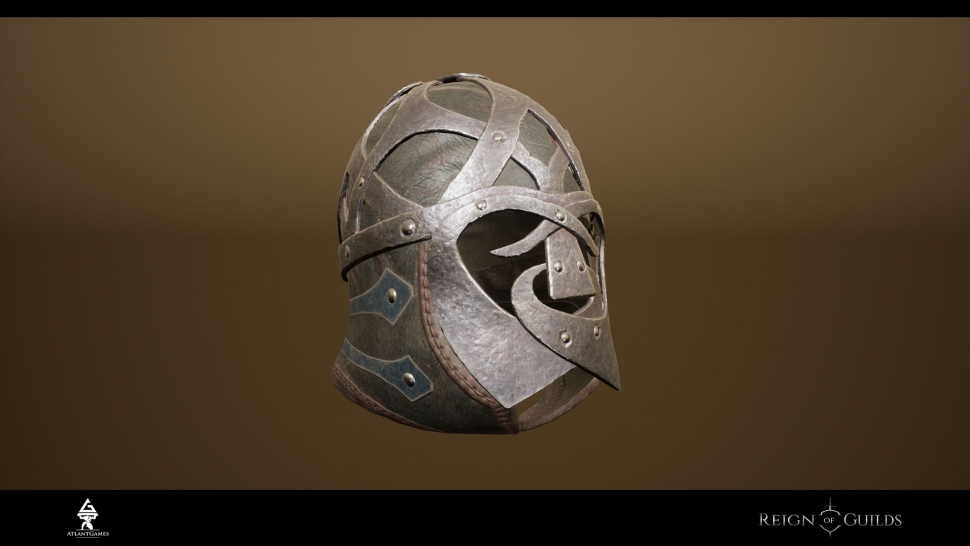 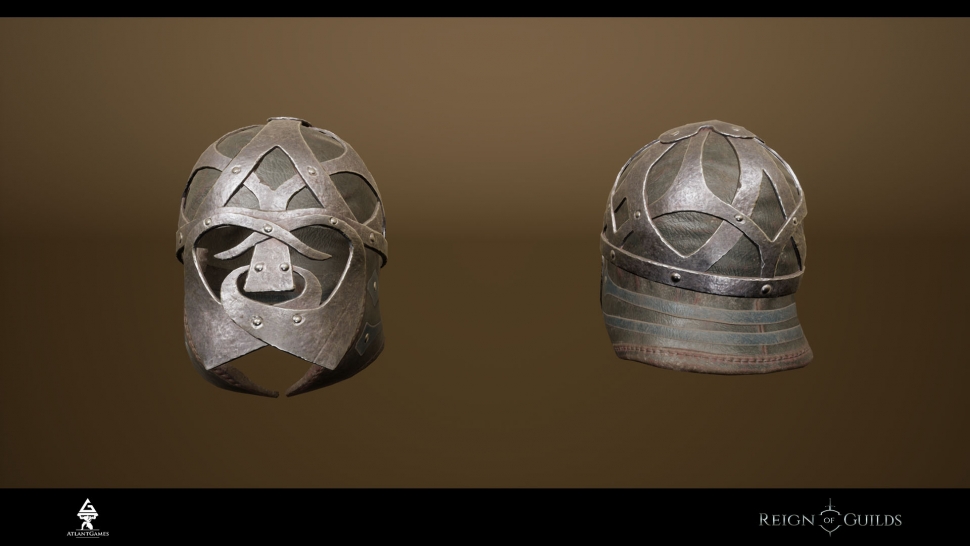 Before implementation of our new world to the project we optimized the landscape and objects to increase the field of view and improve frame rate.

We remind that every continent is the separate map, built with the help of the world composition. Its size is about 20x20 km and divided into 64 squares 6.25 square kilometers (to compare - all prototype map is about 8 km2).

This map contains the continent, it takes about 250 km2(including the islands). The rest 150 km2 are hided under water.

Squares are uploaded as a player approach to it. Obviously, the use of LOD’s only (for the objects, situated at this squares) won’t give an opportunity to move the field of view at a huge distance. Every object still has its own Draw Call. Imagine that every settlement has about 10 thousands of objects (after the merging with the help of Merge & Spline which we described at the reports №12 and №13 (before the optimization the big cities had 40-50 thousands of objects).

In this case HLODs are coming to the rescue.

It replaces the massive groups of models by one LOD with the low number of polygons (lower than 97-98%) and one simplified data. It turns on only at a great distance.

The process of HLOD’s generation is long and resource-intensive. But it’s necessary to optimize the open world.

The sample of one of the LOD actor’s with the boosted setting. It doesn’t depend on the distance for visual comparison (i.e. we show it close enough but in the game the HLOD’s will be turned off at this distance). 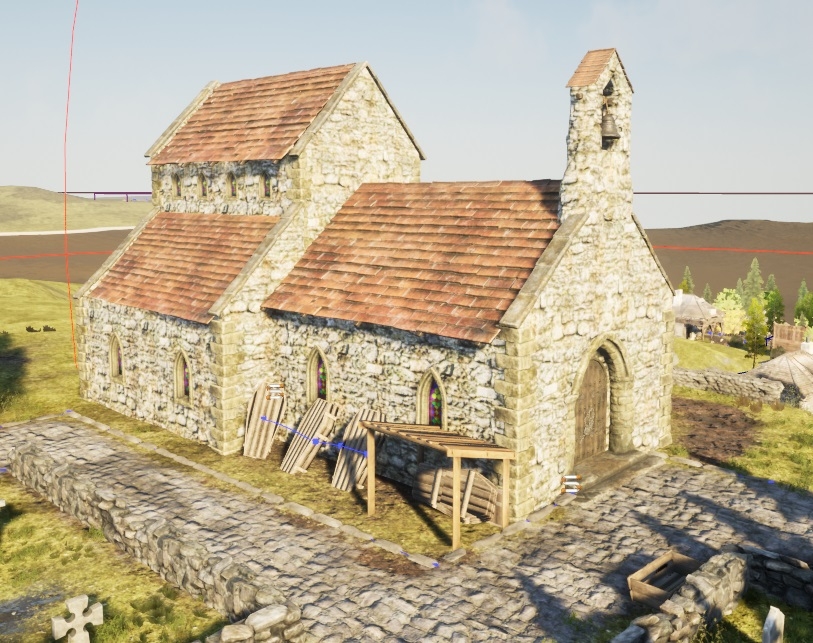 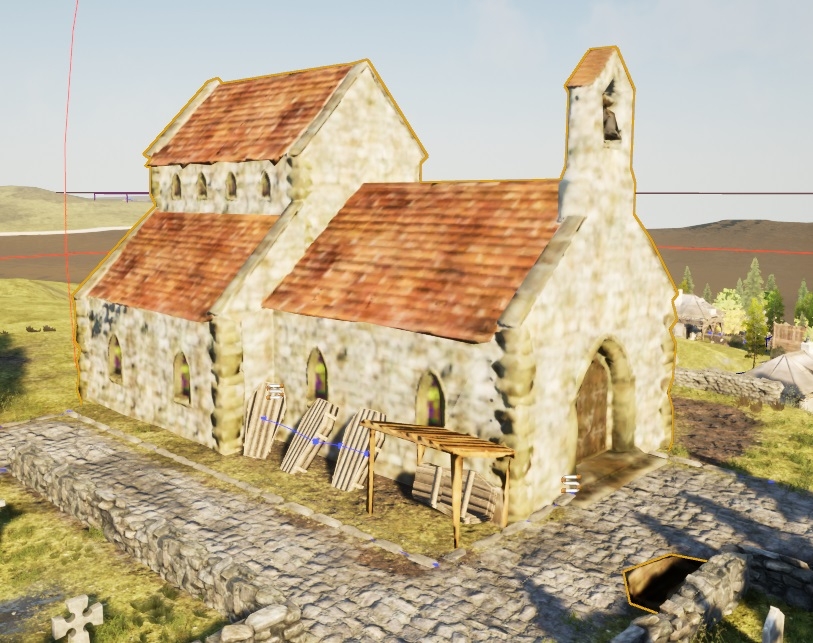 As we can see, the difference isn’t evident and also a certain distance will be foggy.

You can notice that some buildings aren’t generated well but it’s a question of a day’s work with the settings.

The performance comparison in details:

The numbers speak for themselves. There’s nothing to comment.

We launched the new site on the 03.02.2019 - it sometimes looks roughly and unfinished but the site we can endlessly redecorate as well as the apartment renovation.

Together with the site we launched the pre-order. And we express our sincere gratitude to all who have already ordered the game.

We tried to make the pre-order page as informative as we could make. That’s why there are many (i), and we are going to complement as far as the screenshots will be available (instead of concept-art, like most studios do).

For the next report we will try to make the gameplay video in the new world. Otherwise, it will be the new weapons, armour or mobs.

We updated the development page and moved the global updates of the existing systems to the separate section in “Mechanics”. Besides, we added a road map. It provides a glimpse of the steps and the size of the content for the each step.

The newsletter now has a form of a decorated letter and it will be regular, 2-3 times a month. ROGBot_1.6 won’t bother you in the private messages on the forum, If the delivery becomes annoying - don’t send the letters out as a spam. Every letter has a link for the automatic refuse. It doesn’t include an important announces as the pre-Alpha start, Alpha and so on.