Guards, new 3D models and optimization - about this and more in our report #13!

Notice: We respect the desire of the IndieDB community to get familiar with the new projects within IndieDB, so we decided to publish regularly (every 2 days) previously released reports on our IndieDB page, until we catch up with the current ones. By the way, you can read all the reports on our website.
Reign of Guilds roadmap - combines all development reports at one place.
And here's our Weekly report #12 (originally released 12/07/18)​

Right on schedule, report №13 is on the air!

Hello everyone and right to the point.

I Animations of NPC

The point is that these animations of NPC-guards (they are the guardians of a castle, city patrols, cops and punishers).

Battle animations of the guards look a bit like our character animations, but only from a distance. The main difference is the lack of timing limits in the animations of NPC. That’s why they are not only more ‘realistic’ but also more liberated.

The good news that the social animations don’t have any timings and we are going to go crazy.

This is guards fighting stance:

Here how he walks around:

The guards in ROG will be represented by humans instead of fantasy creatures. The main reason is the usage of the same controller of movement for the guards and characters. To avoid the moments when a guard can’t catch up a target because it climbed the stairs or came to a doorway.

There will be three types of guards with battle specification:

They can get the nicknames: ‘berserk’, ‘infantry’, and ‘crossbowman’.

Every type can get one or another character. The model of fighting depends on the character. Berserk will often be an aggressor, infantry - neutral, crossbowman - sneaky, as always)

However, it will be funny to meet an aggressive crossbowman that gets angry, throws his crossbow, take his short sword and goes into a battle))

As for the types of the guards and its role in society - we’ll leave it for the next time.

The following question: what do you think if there will be no human mobs? I.e. we don’t want to fill the world with human mobs and leave them as the mercenary for players (hired to guard a city or castle etc.)

This time we will tell about one more way to optimize. We use it while preparing the world to pre-alpha.

The merge of a few 3D objects to the one global (geometry).

This way in its professional form was presented by EpicGames after acquisition Simplygon company. In addition to it this addition presenter UE4 for the players and built-in function of automatic creation of LOD’s. We’ve already mentioned that earlier these licenses cost a lot of money. And only a few studios could afford it.

Both this products on fact save a lot of time of programmers and 3D modellers (they shouldn’t create few LOD’s for every model).

Now about Merge. The main advantages: 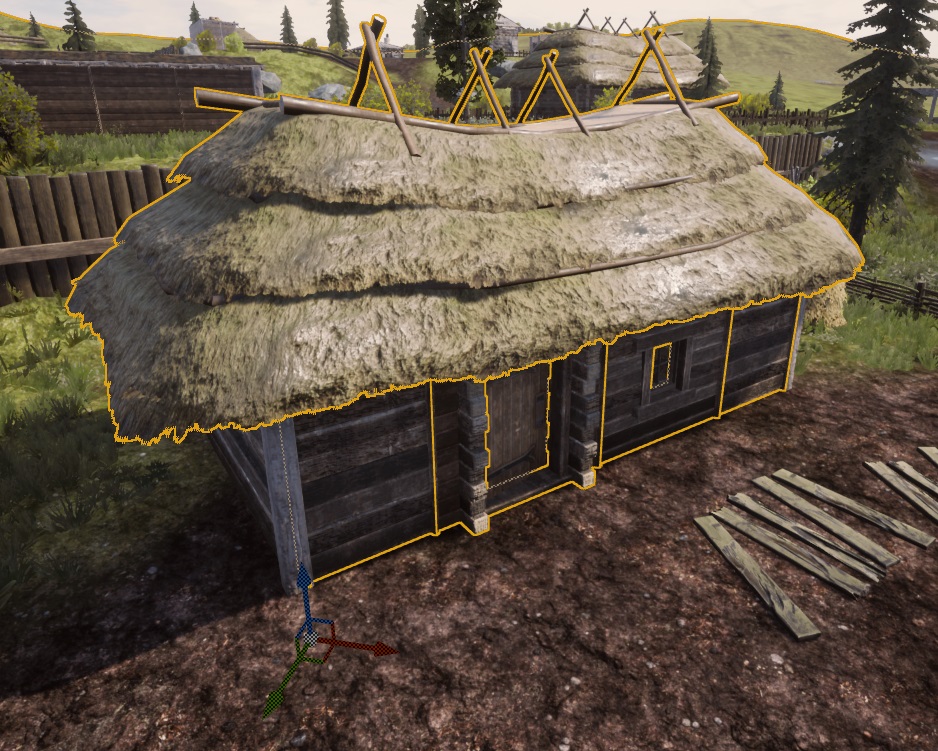 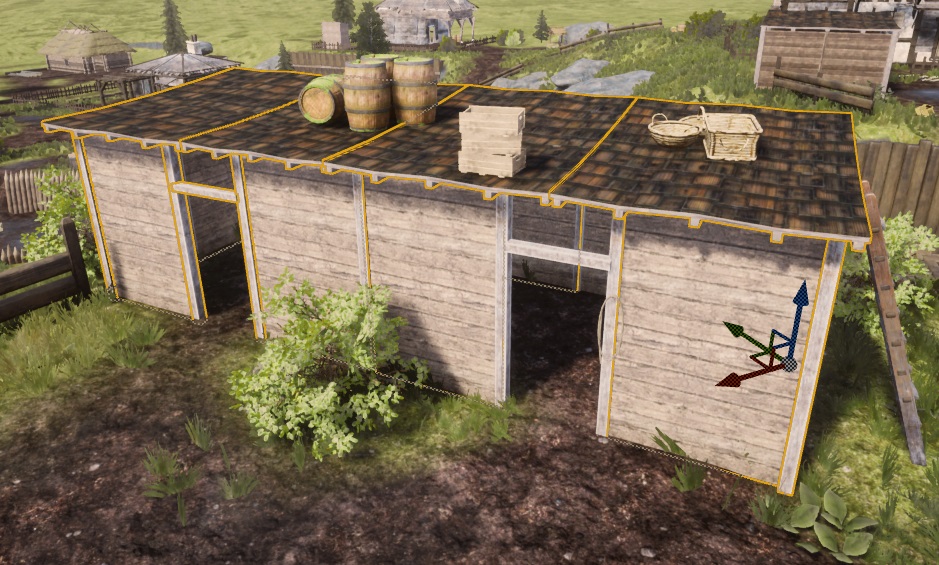 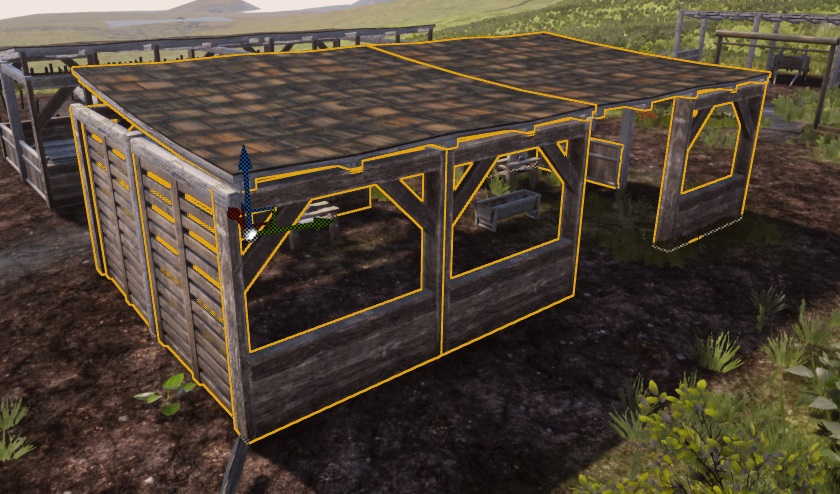 Look at the more complicated example, where this function should be used wisely according to the project feature.

Merge Off. The sheer cliff is covered with the separate 3D objects of 3 types. Meshes are repeated but every of it creates the task for drawcall. BUT! We get a few triangle because the remoted meshes use their last LOD (zero about 13k, last about 0,6 triangles).

Now we take and merge into one mesh the whole sheer cliff (it’s more than 100 m). The amount of tasks is lower but we lost such function as LOD and now the whole cliff is LOD_0. Because we are located next to one of its edges. It leads to catastrophic increase of triangles (almost twice). Even GTX1066 has the result with FPS.

So, the problem is that for the extended objects Merge does a disservice. We have an easy answer - to merge not into one huge mesh but cut it vertically into the 6-10 parts. We do it to make LOD’s work.

So, what do we get: amount of drawcalls is lower, of triangles is higher, but more FPS.

‘Why are you happy about 5% of FPS?!’ - a reader unwittingly asked.

The answer is simple:

Few 3D models from absolutely different areas: here’s alchemical oven, and walls decor and even the entry into the Atlants’ cave. 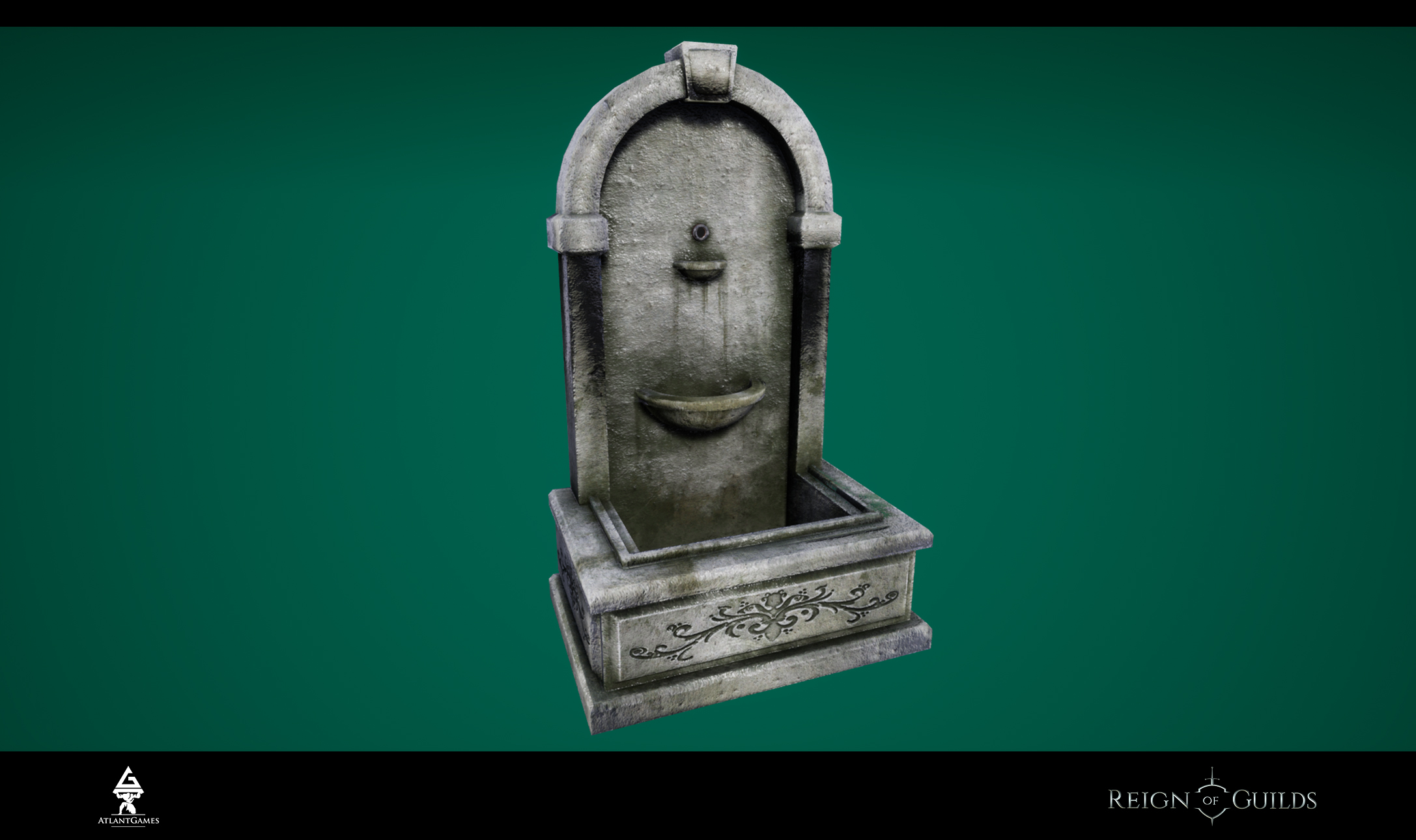 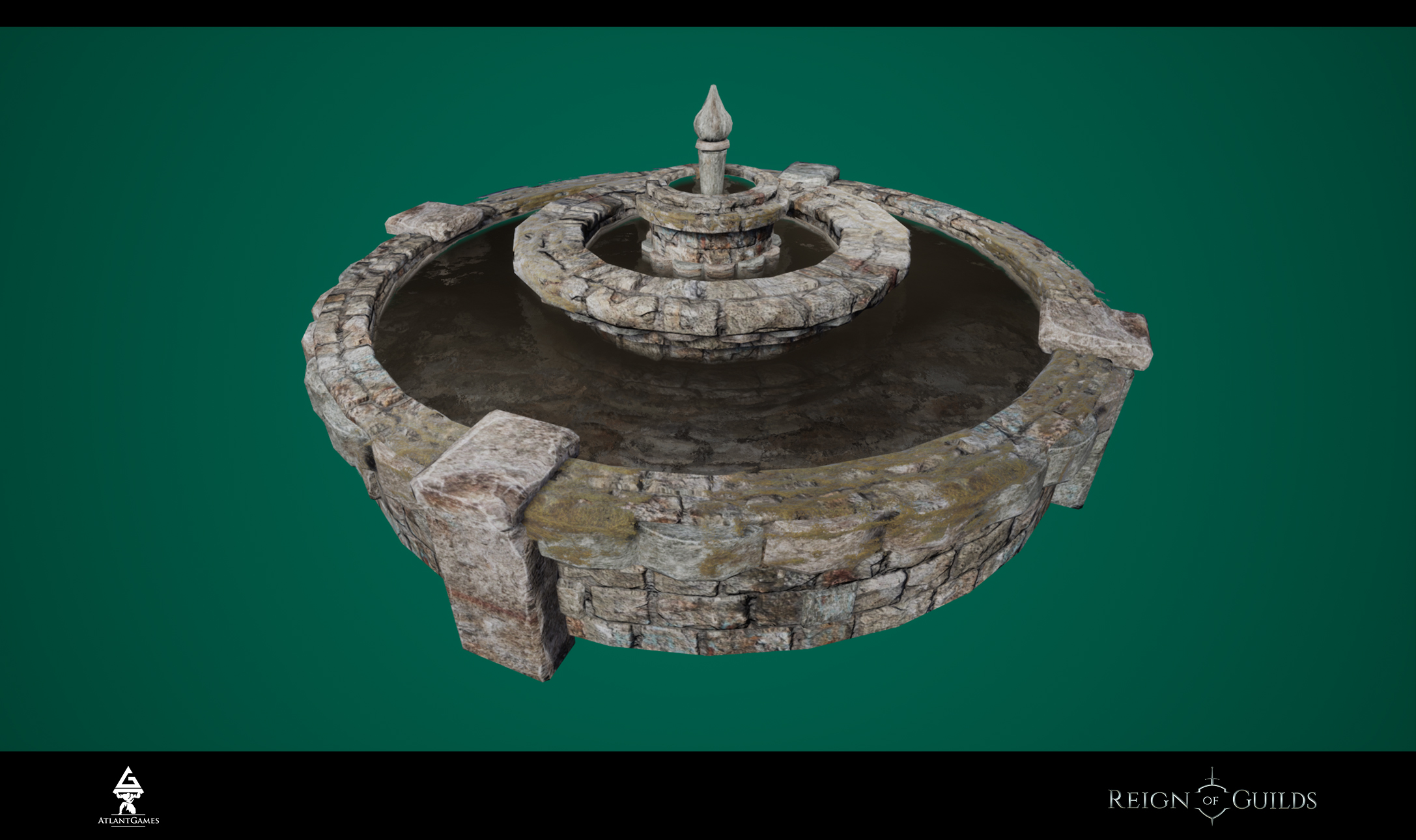 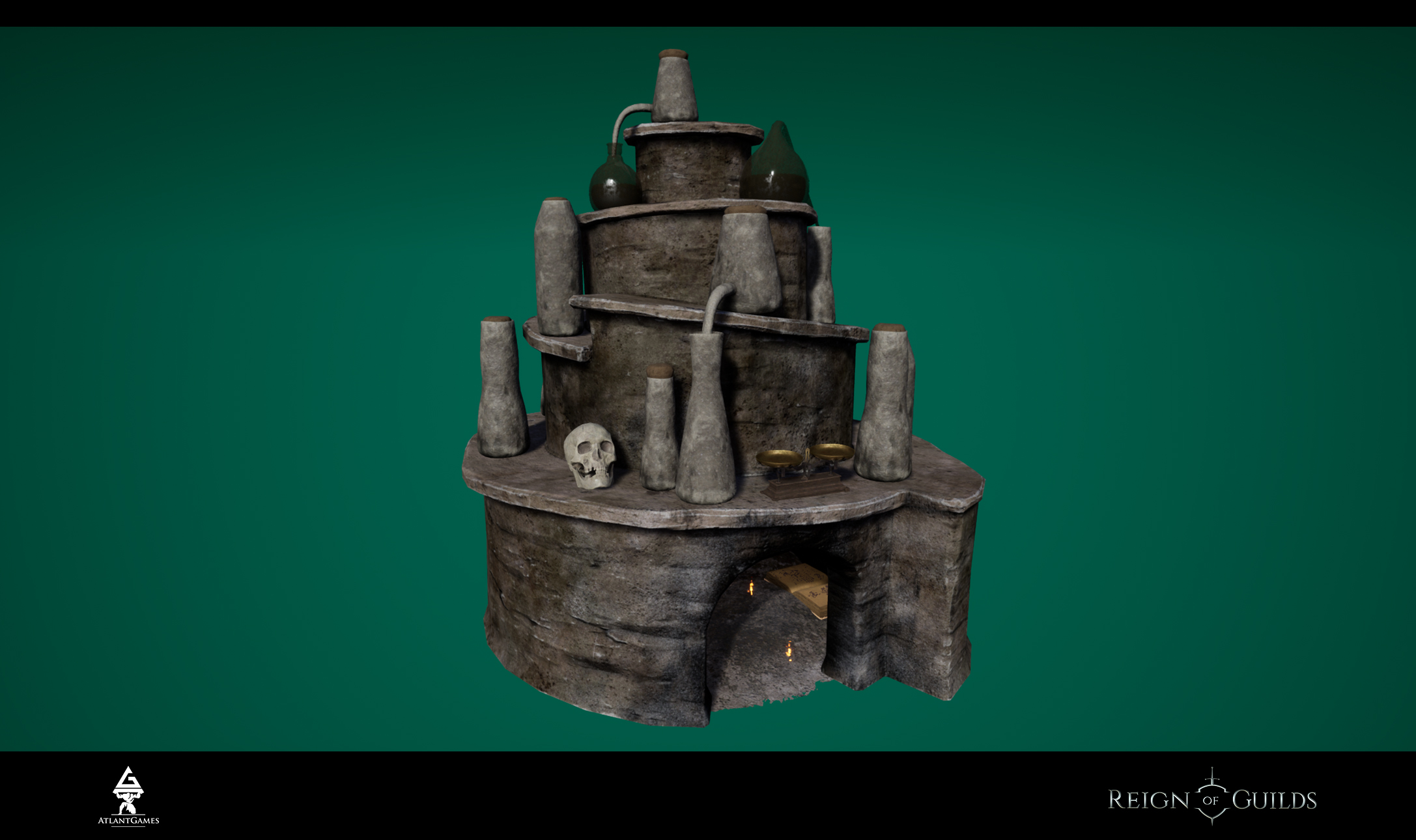 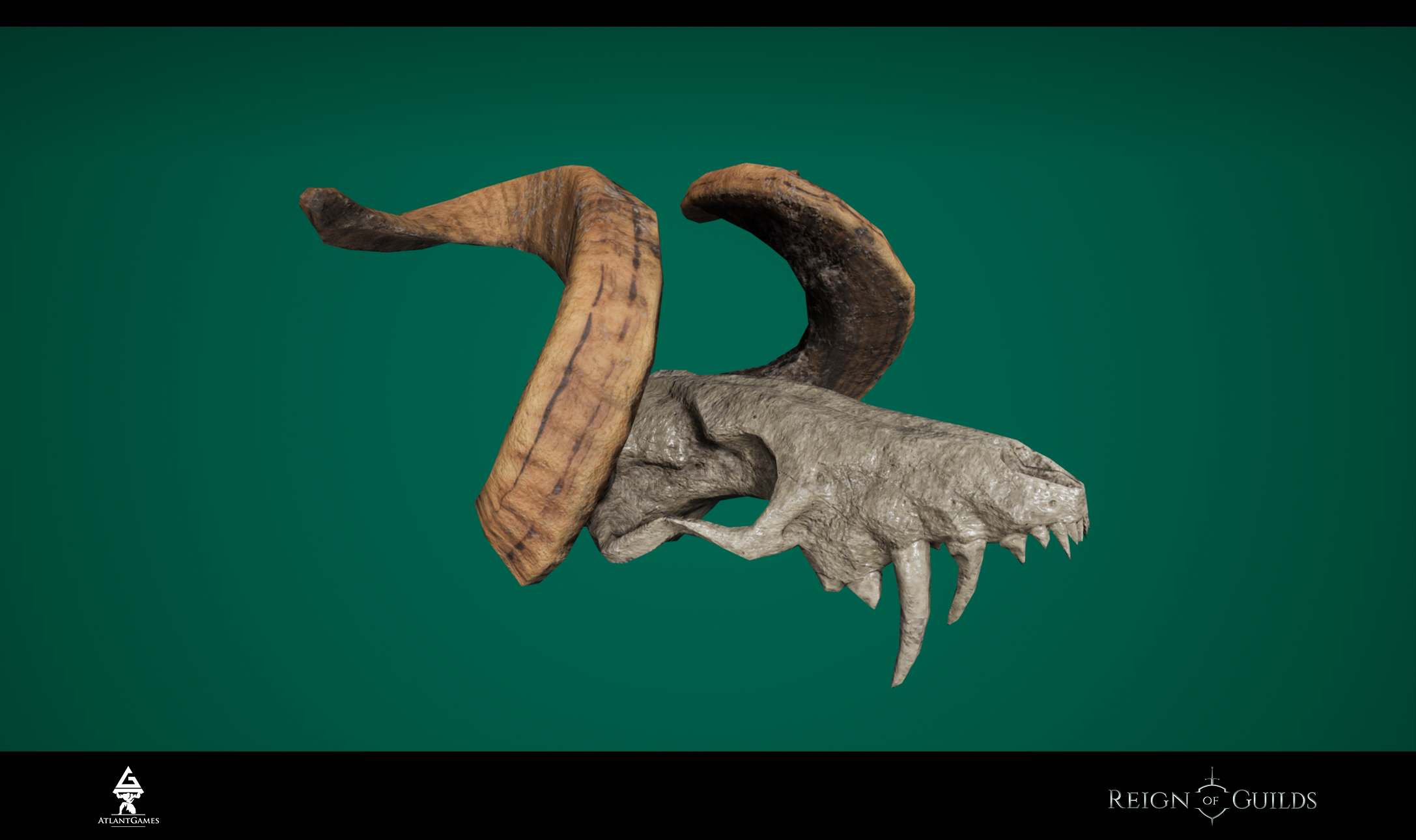 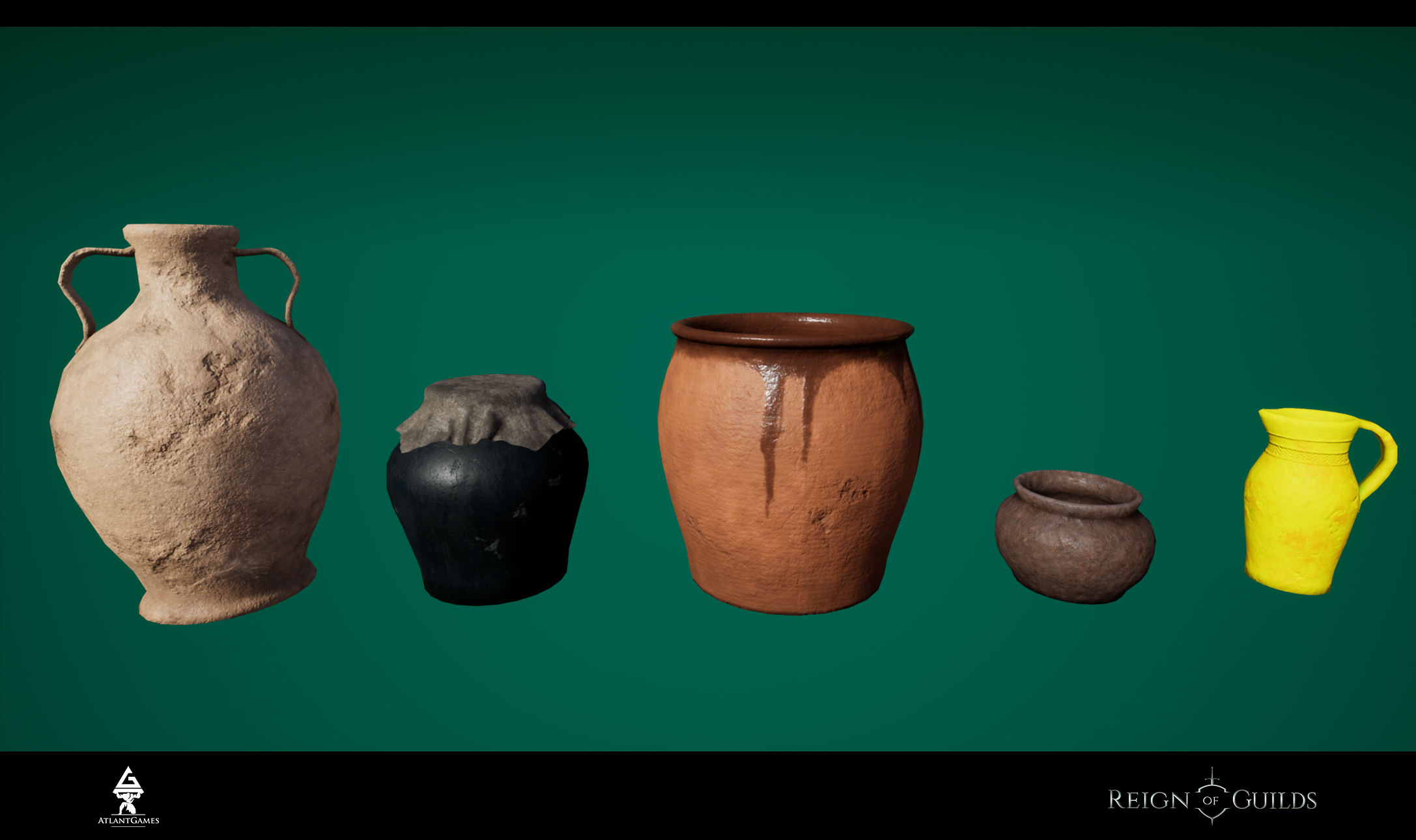 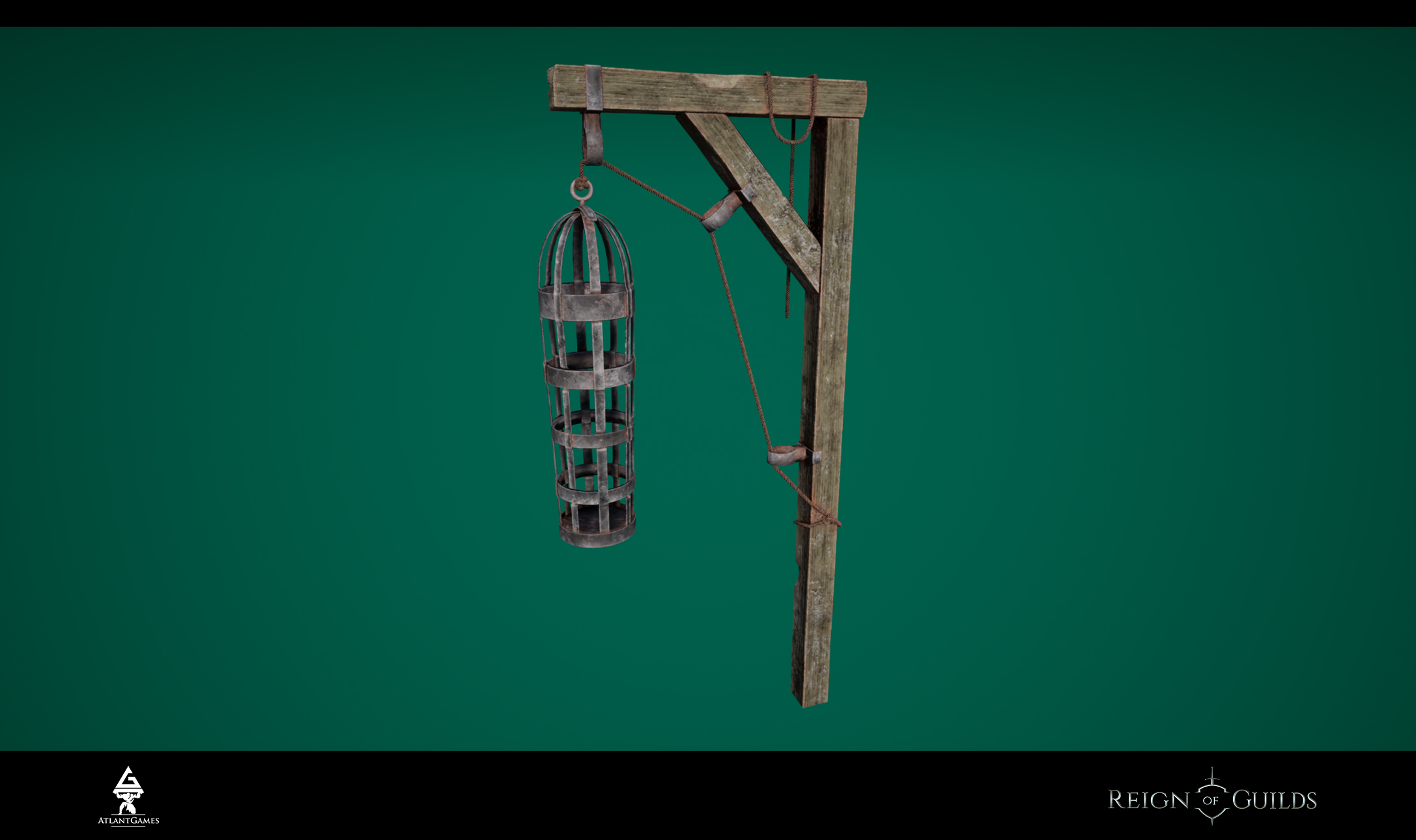 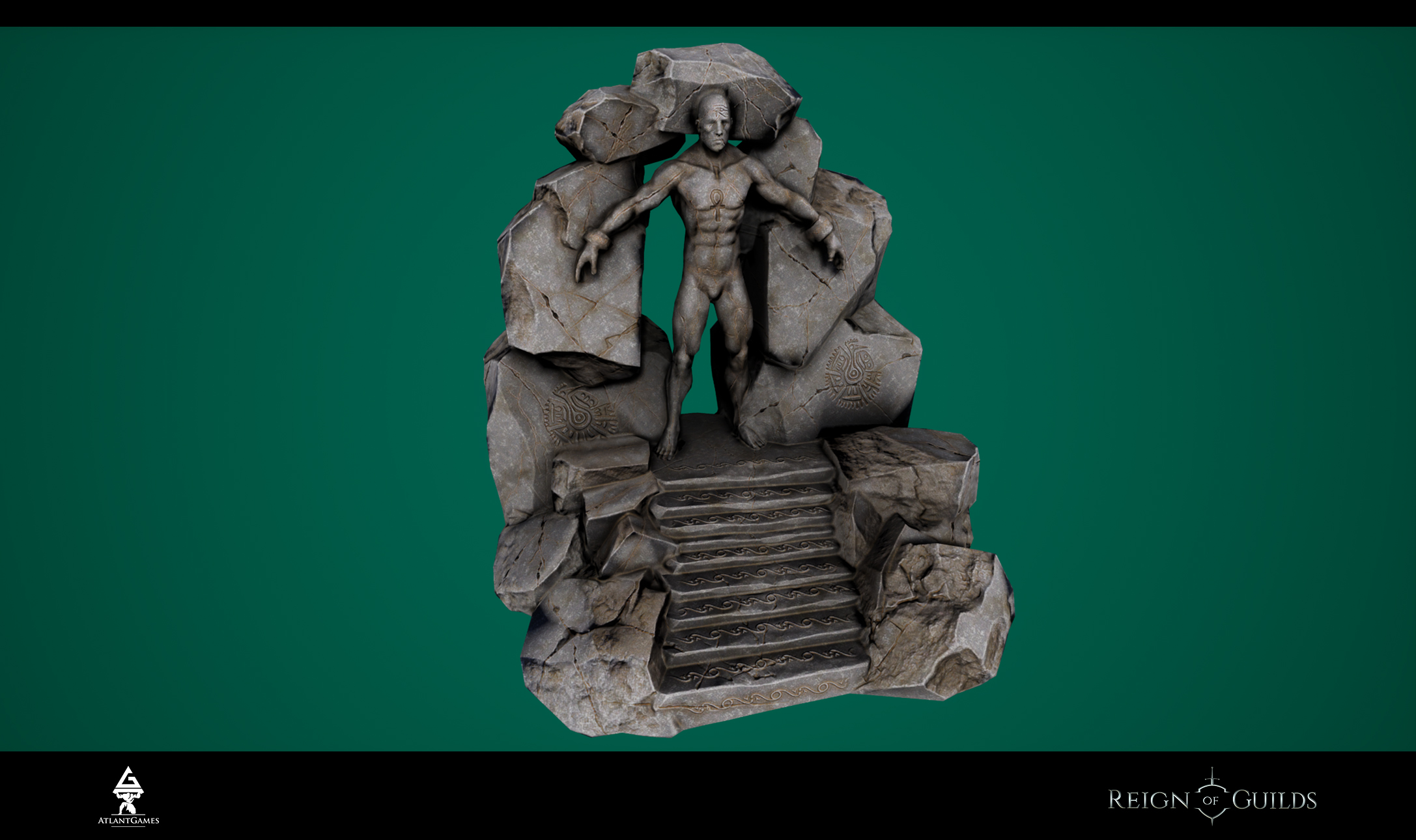 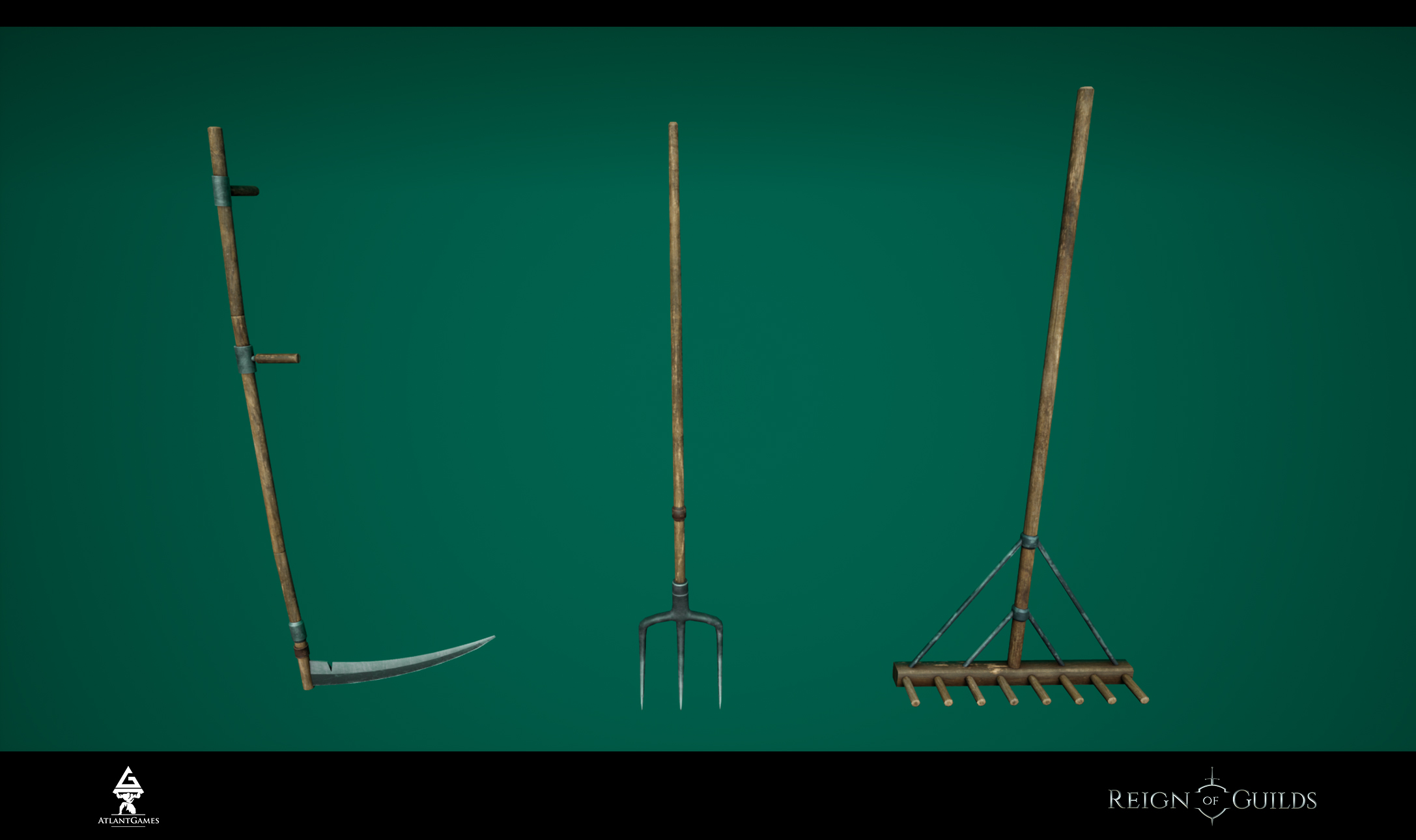 We haven’t shown a new UI, so the next frame is a tablet to control not only a castle but also a county and a kingdom. It’s large-scale enough and the next report will be dedicated to it almost entirely.

That’s all, take care and have a nice weekend!