One month to go until the game goes into early access! eek
There are still things left to do, but the list is shrinking on a day to day basis!

This week I've focused on fixing minor issues, annoyances and performance issues. The research ui should be behaving properly now and all the unlocks and research effects are functional now. 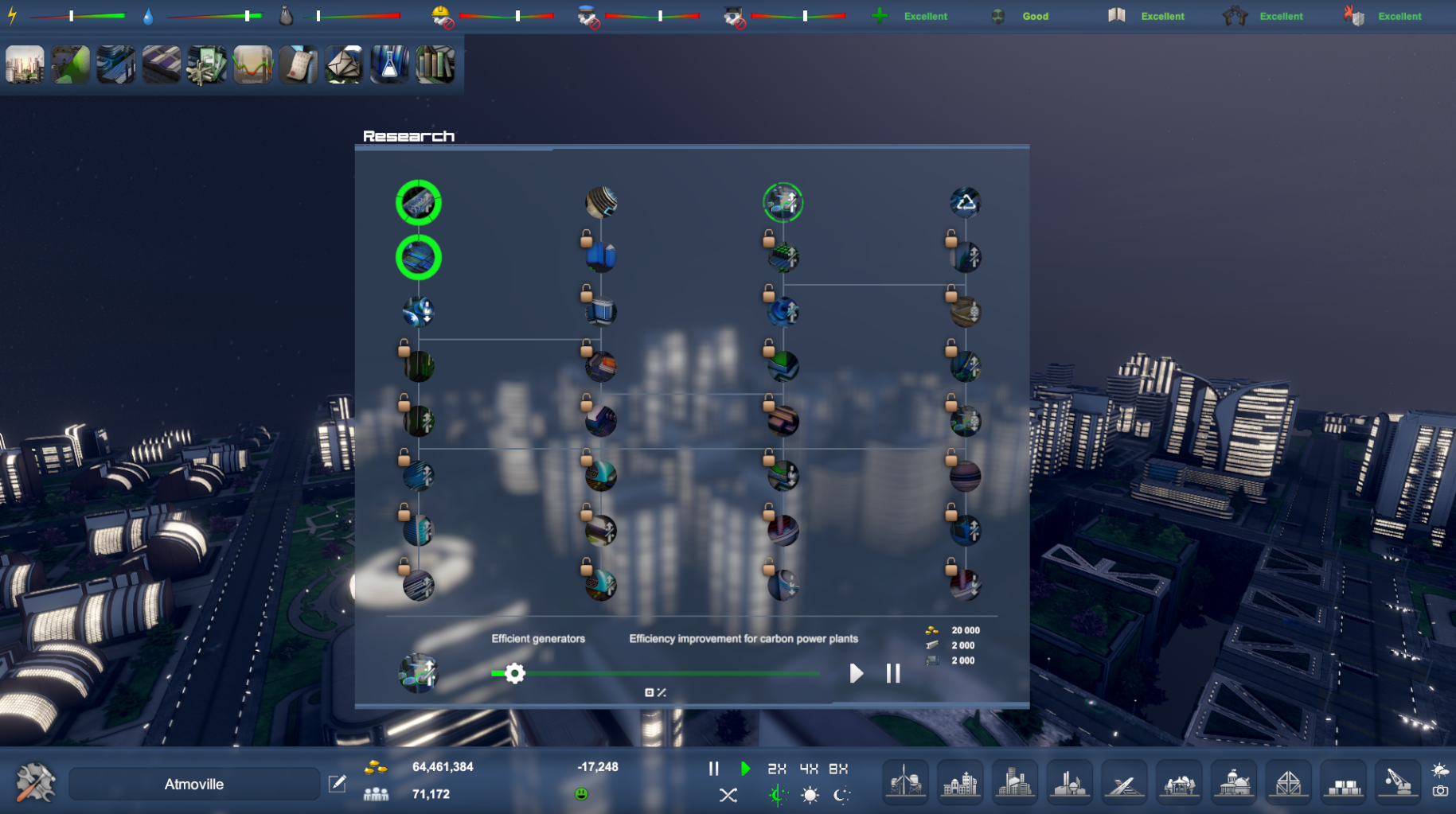 I've implemented the game's achievements completely. I will need to adjust some of the conditions, since they are rather low. For example, running a deficit of 40000 is not difficult once a city gets larger. 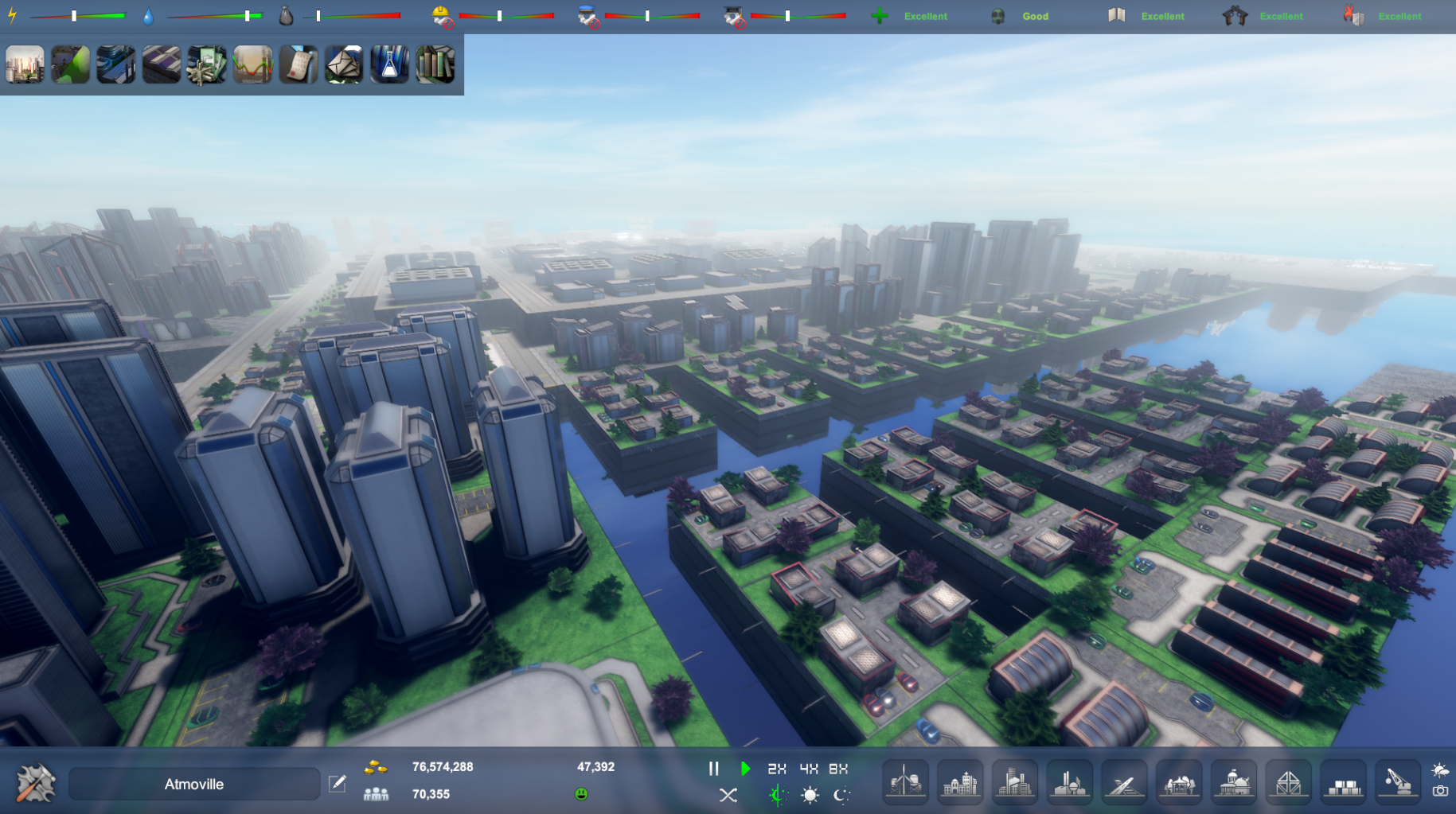 I've added a photography function so that screenshots can be snappen easily. There's now also a skybox picker: 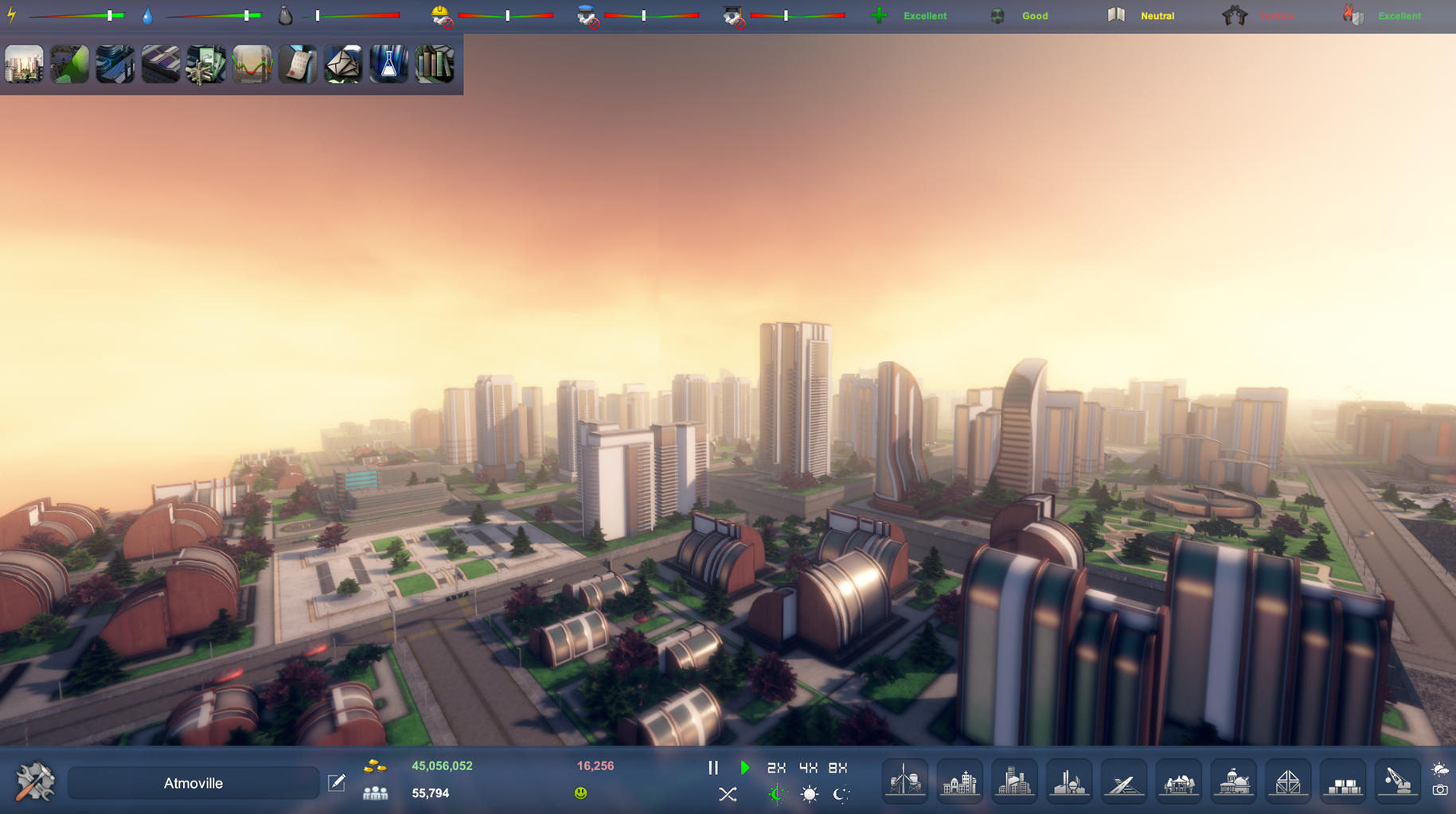 I'm currently working on the campaign. The winning conditions have been planned out and I've mapped what kind of "lessons" to display for each of the campaign levels. The code for checking if a condition has been met has been finished since before, but the ui still needs work. The entirety of the campaign should be finished next week.

The atmofleets still need work, before I can show them off. But the vactrains are now modelled, textured and moving around: 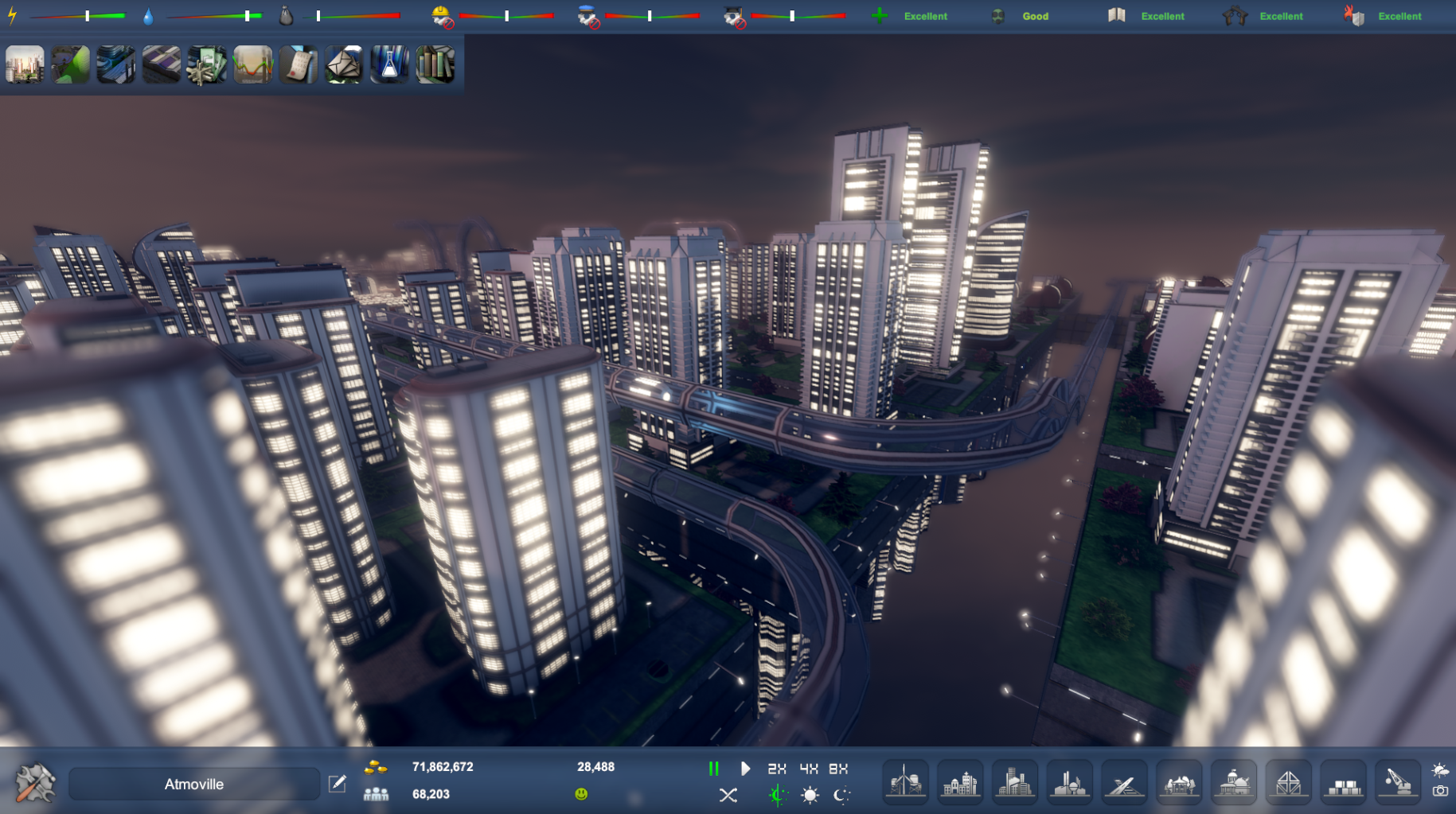 See them in action here:

Lastly, I've gotten the fire department building added as well. This was intended for later on, but I found some time to get this added already. This means that some of the building demands have been changed. Neutral and high tech industry will demand a nearby fire station to reach max efficiency. Disasters are planned after EA-release, so currently there is no risk of fire occuring in a city. 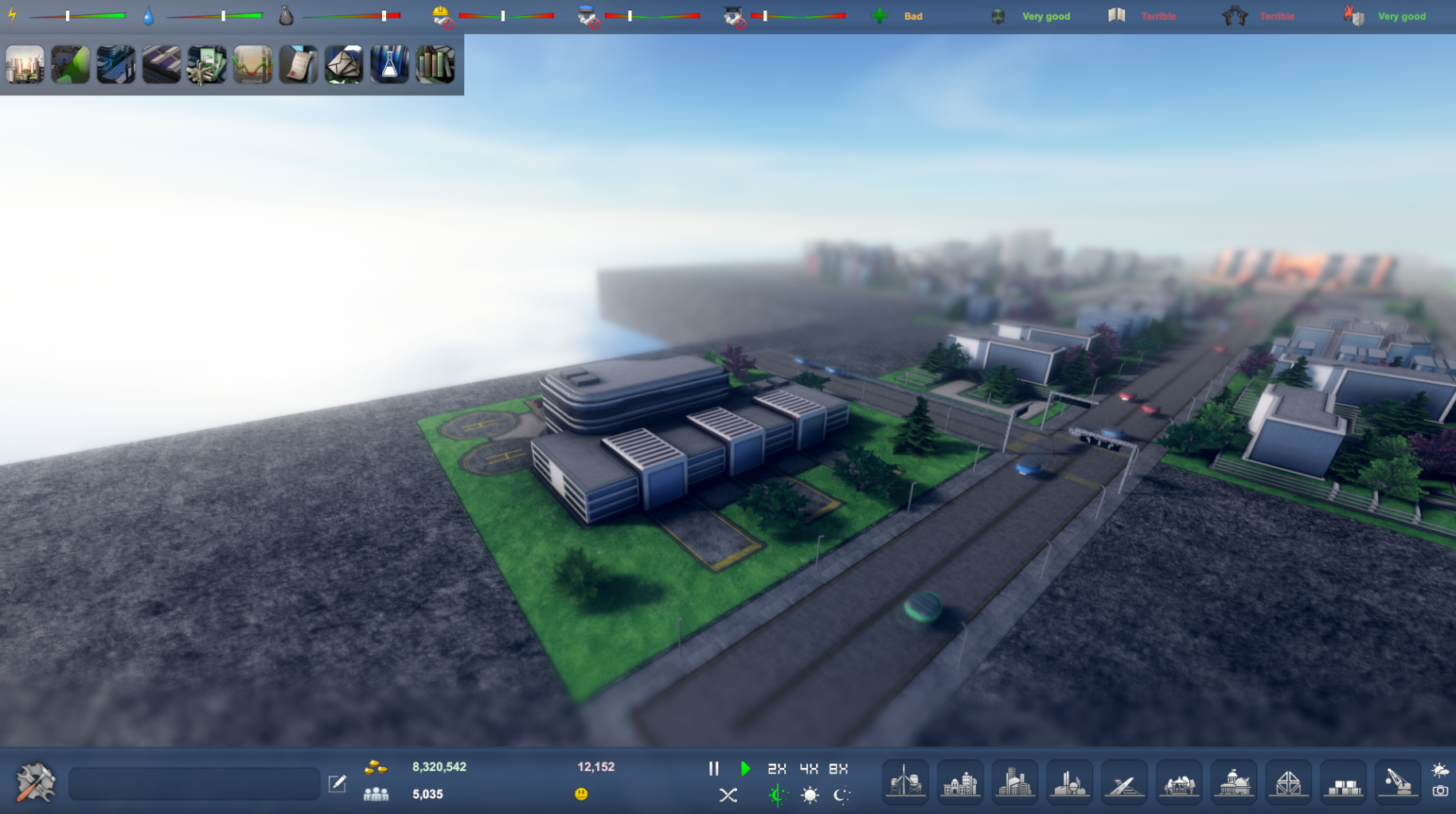 More on the campaign and fleets next week!