Our dev talks about the recent addition of the leaderboard as well as the plans for improving the visuals of the game. Also: See our first monster animation!

Hello everyone!I hope you are all doing well considering the current difficult situation.However we are using the additional free time to work hard on completing the game.Many changes happened in the last two weeks with lot of new exciting features.

Most of the time was spent with implementing the leaderboard. The UI was created in a decent amount of time however the required changes on the server took way more time than expected since the temporary ranking system had to be reworked completely. The most difficult task was to create a global leaderboard which live updates after every game a player has played. Considering a potential big amount of players this mechanism had to be extremely efficient to not kill the server on a big game count. After a few days I came up with a solution that should do fine and be stable enough to support a large amount of played games per minute. However since such system can only be validated on big server loads I will keep an eye on this in the next playtest phase. 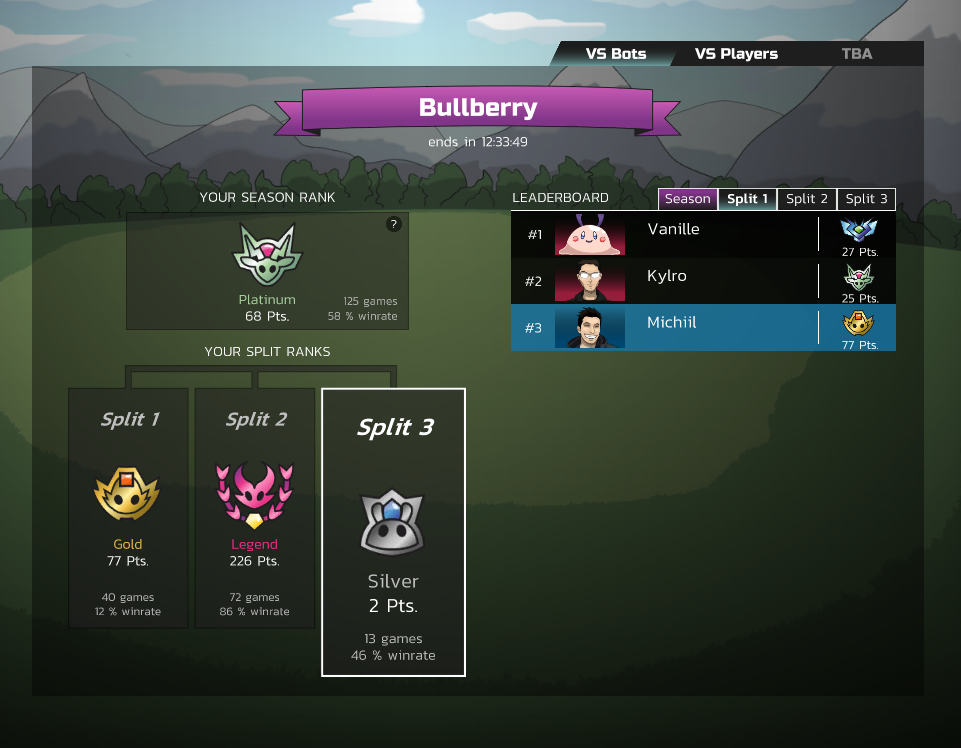 Overall the leaderboard is a really nice addition to the game since it not only shows your personal statistics like current ranking, played games, winrate but also a global ranking of all players for the existing game modes. Expecially exciting is the new game mode "ranked vs bot" which we introduced together with the new ranking system. This game mode is the same as the known vs bot game mode however you will gain ranking points for this and can climb to higher ranks. This is some kind of relaxing pve experience that makes bot games even more fun.

Still pending is the task to implement the ranking rewards at the end of a season. However since we didn't decide yet how this rewards should look like we postponed this task to a later point. For now there are just some random card packs the higher the achieved rank is.

After finishing the leaderboard we started our next big task "Improve the look-and-feel of the ingame view".For a long time I have been quite unhappy with the current feel of the ingame screen. Not only is it really confusing for new players it feels also really static.We talked alot about how we can improve the battle feeling and came up with a big bunch of points we want to address. Overall this will take a big amount of time because there are many time consuming changes to do. However after this changes the battle should feel alot more alive, interesting and clear. Here are some of the changes we plan to do:

We want to try out animating the monsters!

This is a really huge task because we have nearly 100 monsters/bosses. Animating each of them will take a lot of time however we decided that this will be mandatory to upgrade the look-and-feel to a level we are happy with. Also since we have spent many hundreds of hours developing the game we don't want to lack behind graphics which might hold people from playing the game. In the last few days I made myself familiar with how to animate stuff and what requirements there are. After some research we decided to try to animate a few monsters to see how it will look like. And so far I can say: it looks and feels really nice .:) However animations will be really basic and not completely mindblowing since the more interesting animations should be the more time we need. And for 100 monsters this will simply not doable for the two of us since there are other changes left to do.

This is our first animation test for "Champy":

Overall we are really excited about the upcoming changes and how they will turn out. A lot of work to do, many stuff to change. But in the end we will have a much more enjoyable ingame-feeling :)As always thanks for staying by, for supporting us over the last month.

We added a new Patreon Tier!

Every little bit helps us out! If you want to become our patreon and directly support Ploxmons, visit Patreon.com. Your support means everything to us and motivates us to reach the final release. We have 4 patreon tiers currently, each with different rewards. 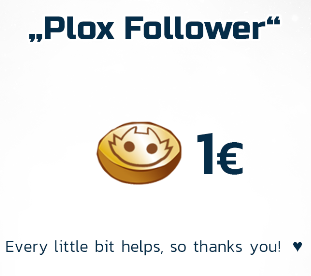