In which a mist-effect is completed; the logic for it is set in place; a level is then (more or less) done; some font-hunting is done; the customised key-binding module for the game is updated for non-English characters; a new level is begun; and a new variant-shader is put in place for the purpose of said level.

This week's screenshot shows a new location, a bare start on a new level: 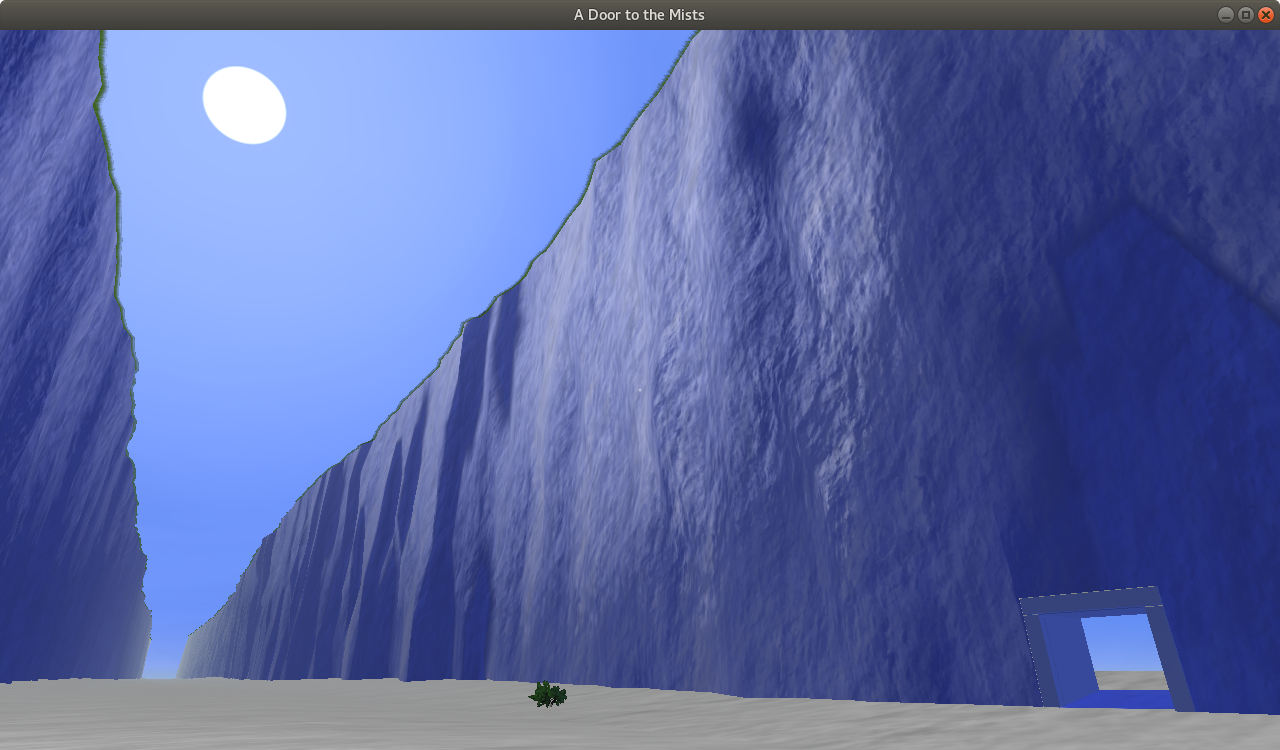 The week just past was somewhat varied, if also somewhat slow, I feel:

Work continued on the previously-shown mist-effect and its associated feature.

And indeed... I think that I have it done now! It's not perfect, but I think that it works--and it no longer easily exposes ugly gaps in the geometry, as it previously did!

Furthermore, in the week just past I set in place the game-logic that controls this feature--the scripting for certain items and interactions related to the place of this feature in the level.

And lastly, I wrote the accompanying text-lines for these things.

And with that, I believe that I have level six complete! (Aside from some saving-and-loading work, I think.)

Here, then, is a glimpse of that feature: 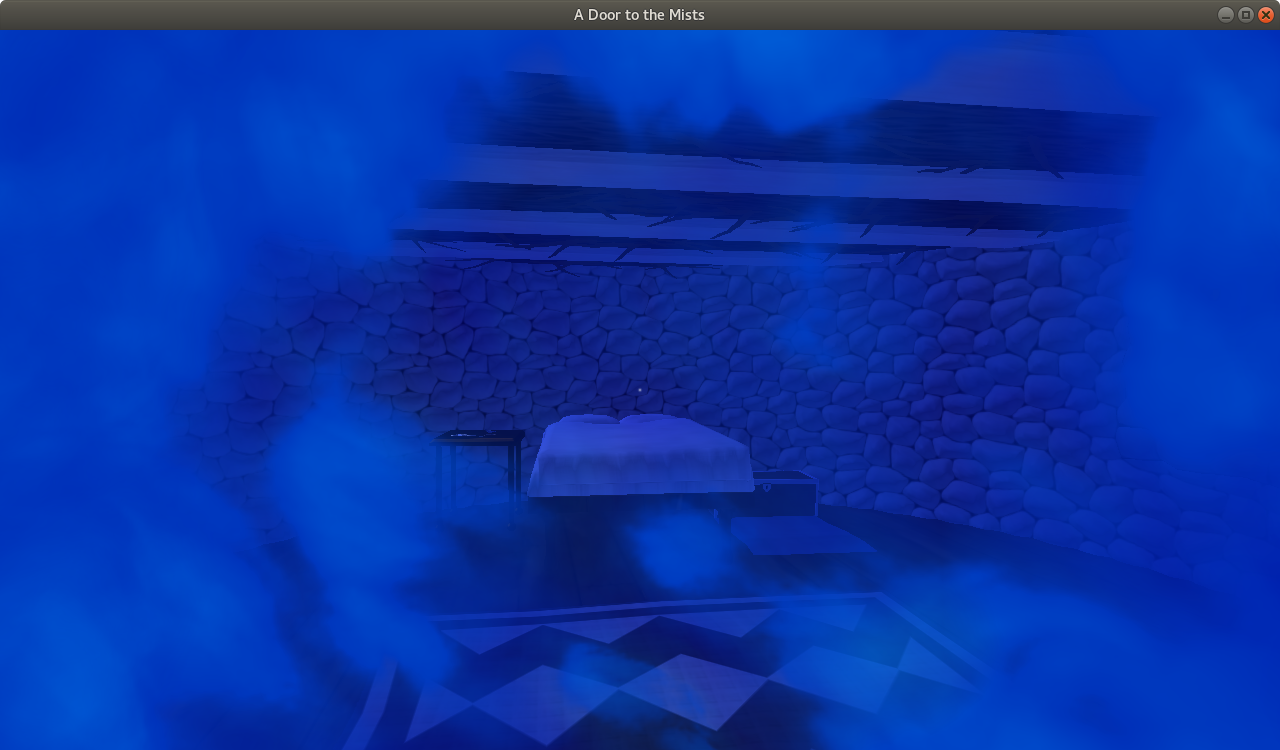 And if you don't mind minor spoilers, here is a short video showing what it is, and some of how it works:

I mentioned in last week's blog post, I believe, that I had updated my key-binding module to support non-English characters.

In the week just past, then, I went hunting for a new "fancy" font, hoping to find one that contained such non-English characters. Until I realised that with English text the issue only really comes up with key-bindings, and that these either were or could be handled by the "general" font--which, as it turned out, did have such characters!

I did however update my customised sub-class of said key-mapping module to likewise support non-English characters: It turned out that some of the relevant logic was in methods that were overloaded by the sub-class such that said logic wasn't executed. Furthermore, there were a few places in which, in accordance with the paragraph above, I wanted to swap out the "fancy" font for the "general" one.

And with all of the above done, I moved on to embark upon a new level. 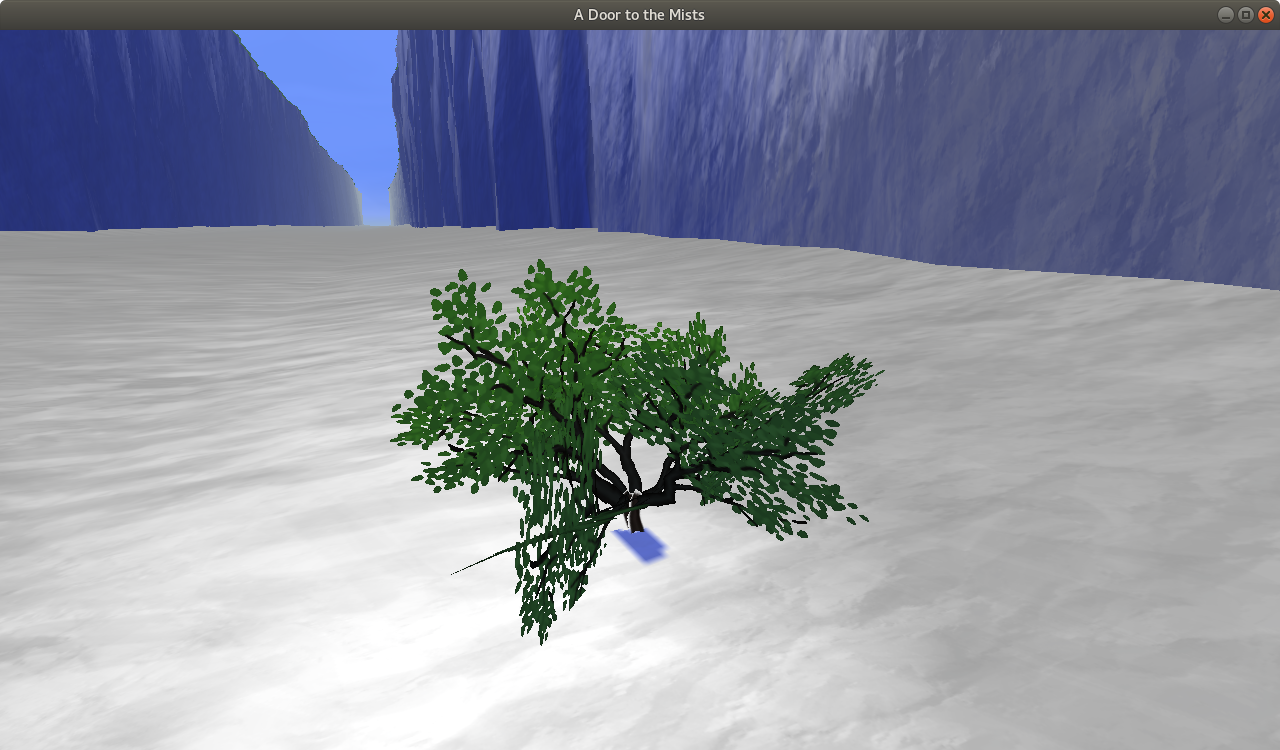 This level isn't the one that directly follows level six (i.e. level seven)--instead, it's the one thereafter (i.e. level eight). This is another short level, and one that's quite different from both of its predecessors.

Here our protagonist finds herself in a deep and narrow gorge, with carven tomb-entrances to either side. Within, she hopes to find information--a final answer to the location of the lost city that she seeks.

As to the work done for the level, I: wrote the "rough draft" description of the level; started in on the model for the level; created its level-file; and made a stub level-script for it.

In addition, you may note the nice, smooth shadows on the cliff-side in the screenshot at the start of this post. The dynamic shadows of A Door to the Mists are not that good.

No, this actually uses a sunlight-version of the vertex-shadow system that I've previously shown, created in the week just past. This then is informed by vertex-colours generated by a Blender-script.