So, as some of you will know, I've been working on my game, Framing Dawes for quite some time now. But, I'm getting closer to releasing a demo! There's still a lot to do but my wonderful artist is working on the last few environments, and I'm busy bug fixing, making tint maps, sorting out some animations and doing more. I still need to add sound effect, and some of that will be challenging, but I'm looking forward to it.

A few changes have been made. I've swapped the speech bubbles in favour of response panels as it was getting a bit fiddly and just didn't feel right. I've also removed the black swirly border as some of my scenes were beginning to look too busy.

Anyway, here's a screenshot of my new menu screen and an example of the new dialogue system,

I'll keep you updated of progress I make. 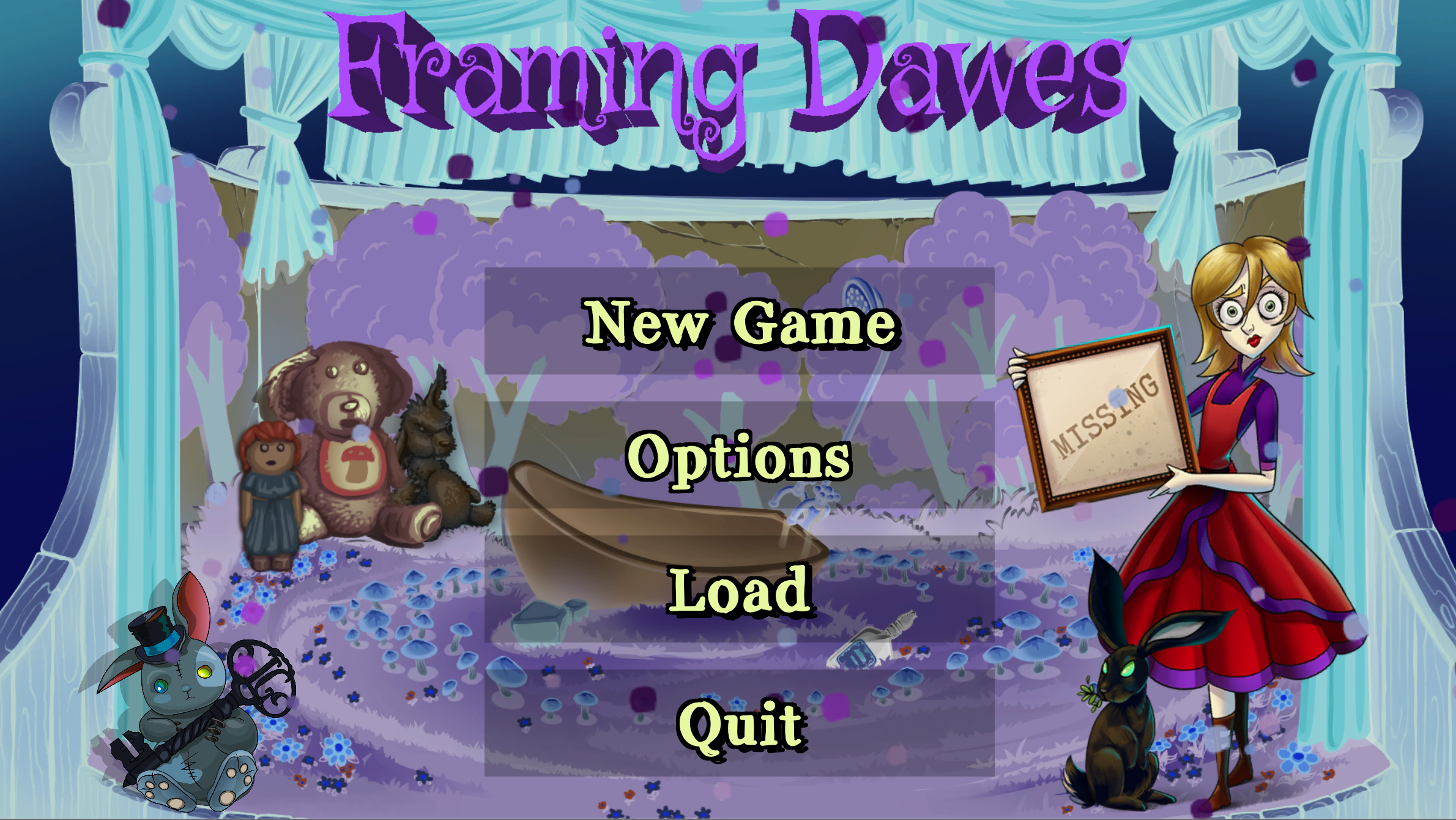 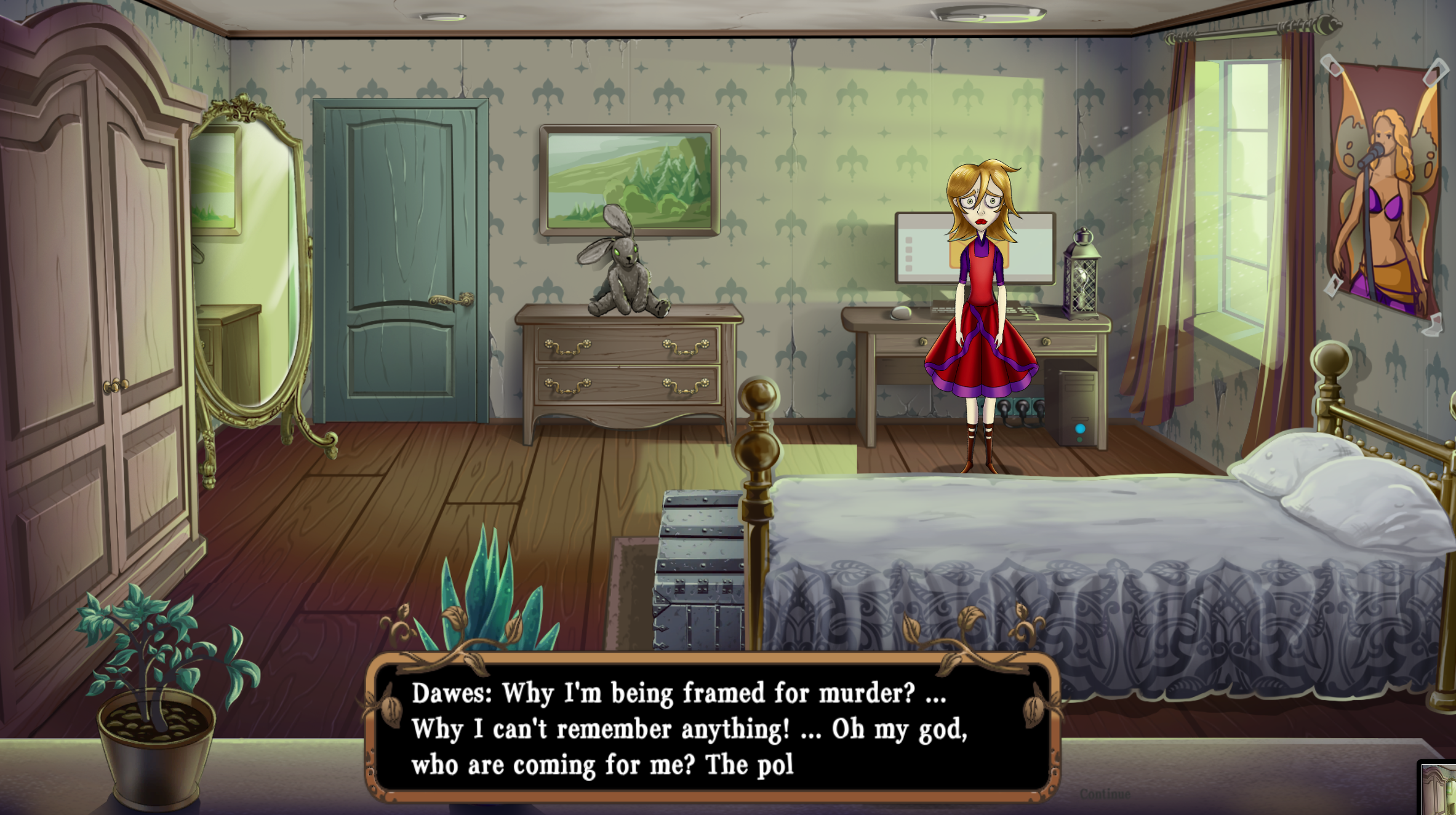 See the article here and sign up to my newsletter if you'd like to hear more about Framing Dawes.