Today is a big milestone for Unknown Worlds: we've just released the NS2 "Engine Test" to everyone that has pre-ordered the game!

Today is a big milestone for Unknown Worlds: we've just released the NS2 "Engine Test" to everyone that has pre-ordered the game!

This is the first version of the game and game engine where you can run around on a couple small maps and fire the rifle at animated dummy targets. It isn't supposed to represent gameplay for NS2 (or really, any gameplay at all!) but serves to help us test our technology to make sure we get it running smoothly on a wide variety of computers.

We've built a couple small maps which give you an idea for the art style, look and atmosphere that will be present in the game. You'll spawn as a marine with your rifle and be able to explore and fire at pop-up targets. You'll be able to connect in multiplayer as well, although it doesn't include any game code yet. It also includes the main menu and the first of our music, which will start to give you an idea of the overall look and feel of the game.

Our main goal of the Engine Test is just that - to test the engine. There is a bewildering array of PC hardware and configurations out there and with no in-house testing or QA team, we want to get feedback from you guys to make sure the game runs smoothly for you. There are bound to be problems, but as with our many Editor and Spark SDK releases, we were able to fix problems much faster with feedback and users then if we kept everything to ourselves.

We expect the majority of feedback to be in the graphics performance and graphics compatibility areas but feedback of any kind will be quite helpful for us. Much more of the game is working than what we are releasing initially, but we also need to take it one step at a time.

We hope you enjoy this first look at the technology behind NS2 and are looking forward to your feedback! 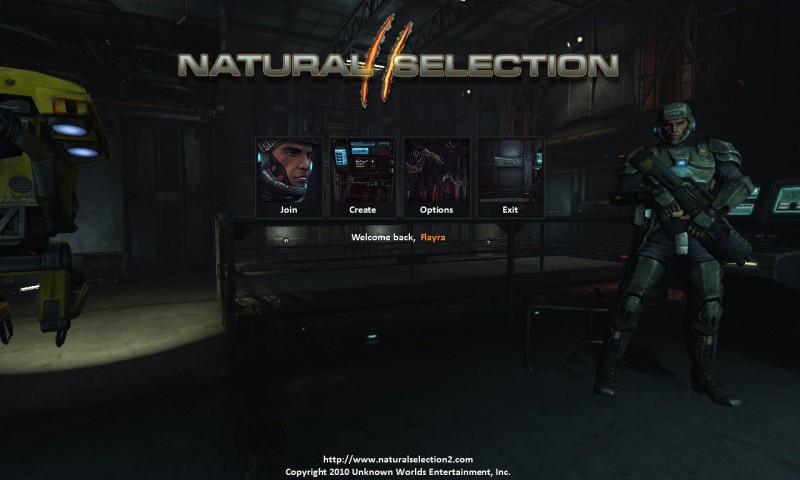 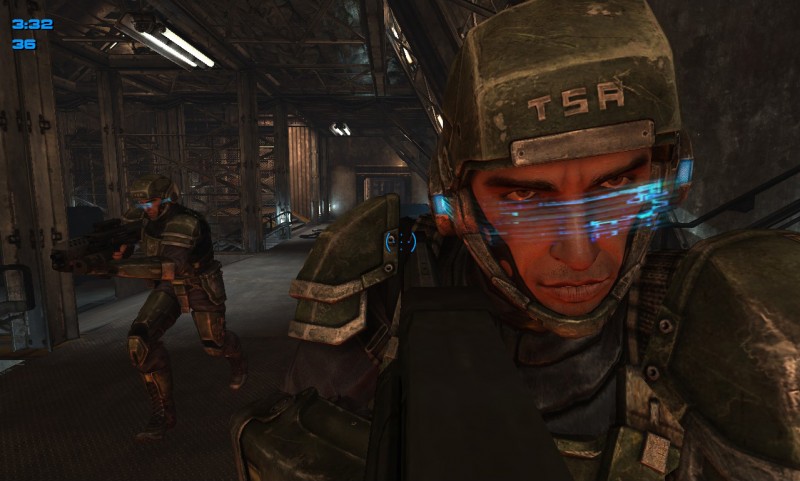 Wow, really nice, but well, make this also buyable in retail stores in Marília/Brazil.
And btw, I loved the menu :o

That would be very nice, thanks!

I don't think it looks "really good" without AA.. I don't know the resolution you're using, I'm using 1920*1080 and I thought it was pretty annoying and distracting :/ If they don't add AA in the full game I'll obviously just have to live with it though. The rest of the graphics/game looks and sounds great.

Hmm yeah that works, nice and thanks.

Not optimized for ATI, and some poor collision detection to boot.
You guys gotta get your priorities straight, but I'll let you pass because this is nice for an Alpha.

That's the whole point of an engine test, bucko! It ain't no alpha!

this is too awesome!

Basically, only try this is you're in the mindset to test and find bugs. Because there are bugs. And not much gameplay.

Also, you may want to read up on the current common bugs, like the fact that fullscreen doesn't seem to work for most people.

That being said, it's pretty awesome and people are already modding in features: Unknownworlds.com

Everything was recorded with fraps, so if you see occasional lag it's because of that.

Thank you for recording and uploading these, Radu.

YAY! so glad I preordered..

"help us test our technology to make sure we get it running smoothly on a wide variety of computers."
i will test on my comp if i will have time:
2,4 GHz intel celeron
512 ram
geforce 3 ti 200...

I can't wait for this game after the new AvP was such fail.

This game runs quite smoothly and seems to be in good shape. Can't wait to get to use the other weapons.

It's the first game that have a mod even before the alpha is released xD... I am talking about the DM mod that is already online and working, you should check it out
Oh and, great to test NS2 engine personally which rocks as predicted xD