Version 0.34 is brewing! Here's the changelog:
- Indoor stadium added
- Halfsize (flat) blocks added
- Small wind generator added (primarily an early game clean energy building or for use in small neighborhoods).
- Tweaked performance of spacer block shader.
- Road onramps, curved road tiles and twisted roads added.
- Tidied up and made road compilation more robust.
- Improved performance of road compilation further.
- Deprecated old save files (pre early access release). These files will no longer load as it's become too difficult to maintain compatibility.
- Buildings would assign road connections to straight roads although they were in reach of an already registered road connection (for example a turn or intersection). This meant more roads needed to be processed overall when compiling roads. This has now been fixed. This also affects loading times positively as buildings don't assign and reassign their connection to roads repeatedly. It also has a moderate positive performance impact on traffic as fewer nodes are travelled by cars when travelling over straight roads.
This change makes it so that the city, once loaded, is connected in steps. As such it will at first display a lower population than when saved, and then in steps establish all connections.
- Additional low poly LOD added for each residential building added. This will not affect performance too much, since residences are generally simpler than commercial buildings, but should cut some tris in the city scene. I've also fixed a few instances of buildings having double shadow casters, or missing LODs (and as such overlapping building objects).
- Adjusted lighting to make the "underside" of cities a bit brighter
- Ordered challenges by difficulty. 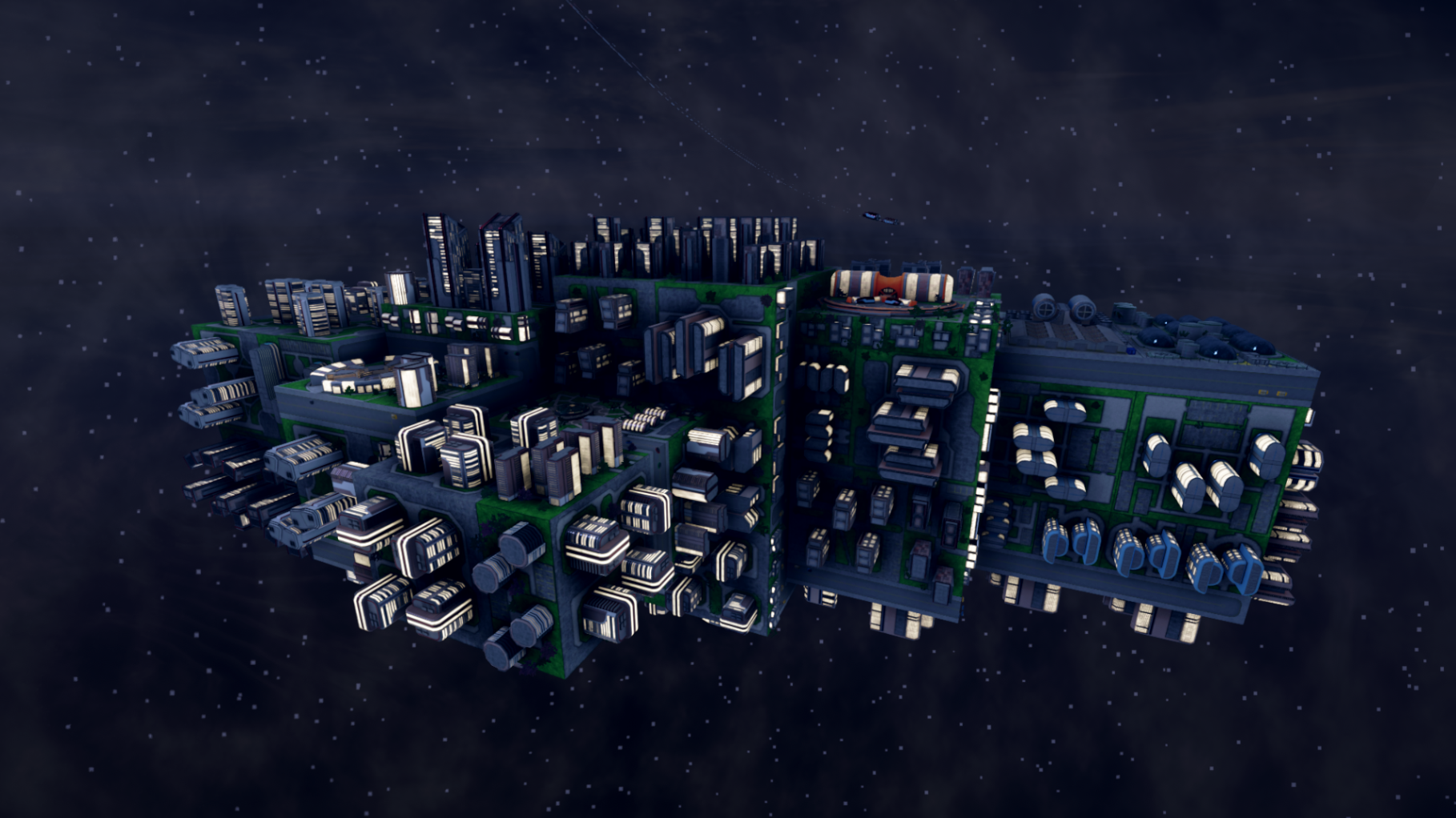 A set of new road ramps have been added, among them an inner and outer slope and some twisted roads (pictured below). 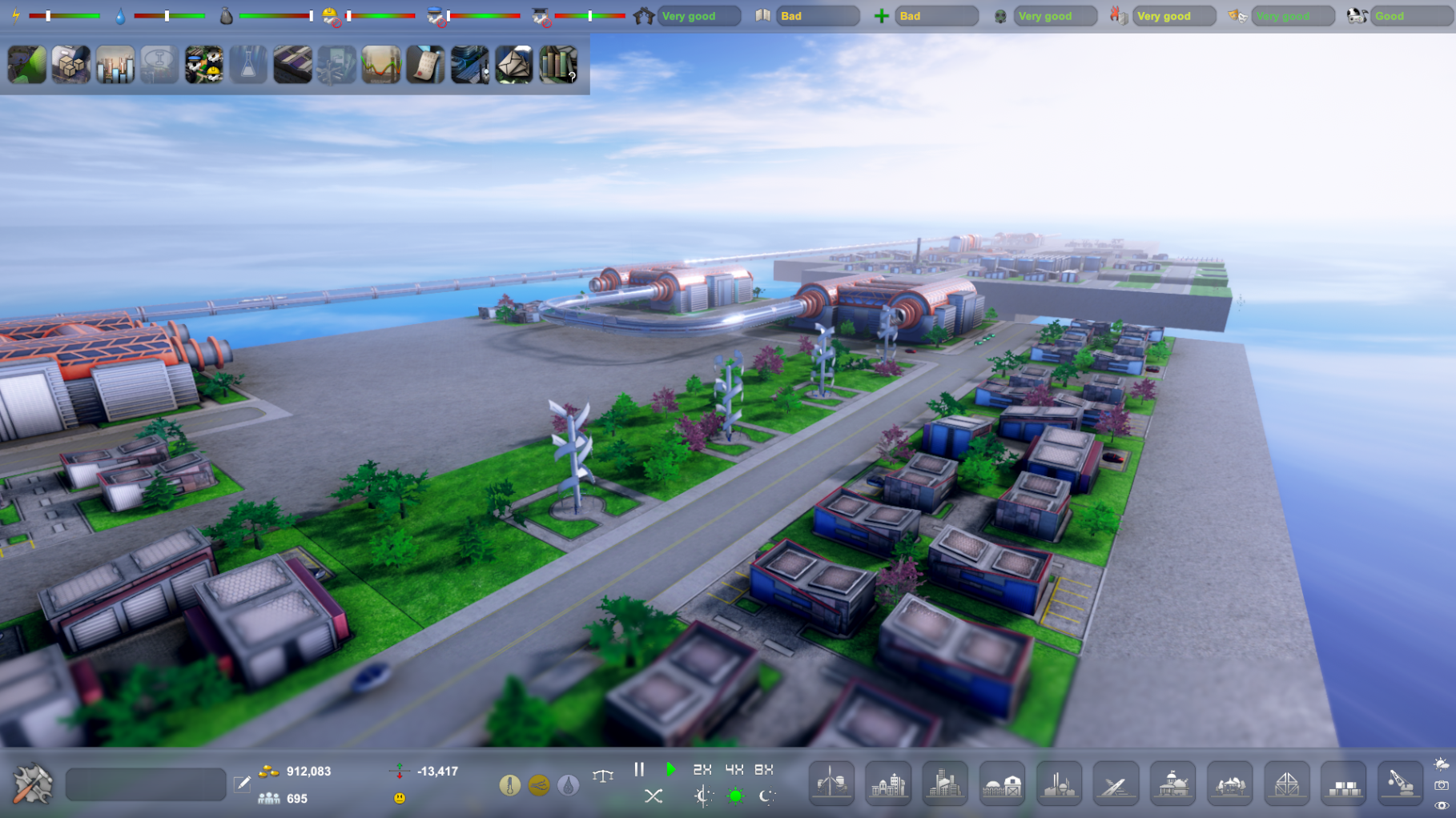 As seen above, a small wind turbine has also been added. This one is not disliked by local citizens and can be used to power small scale neighborhoods. 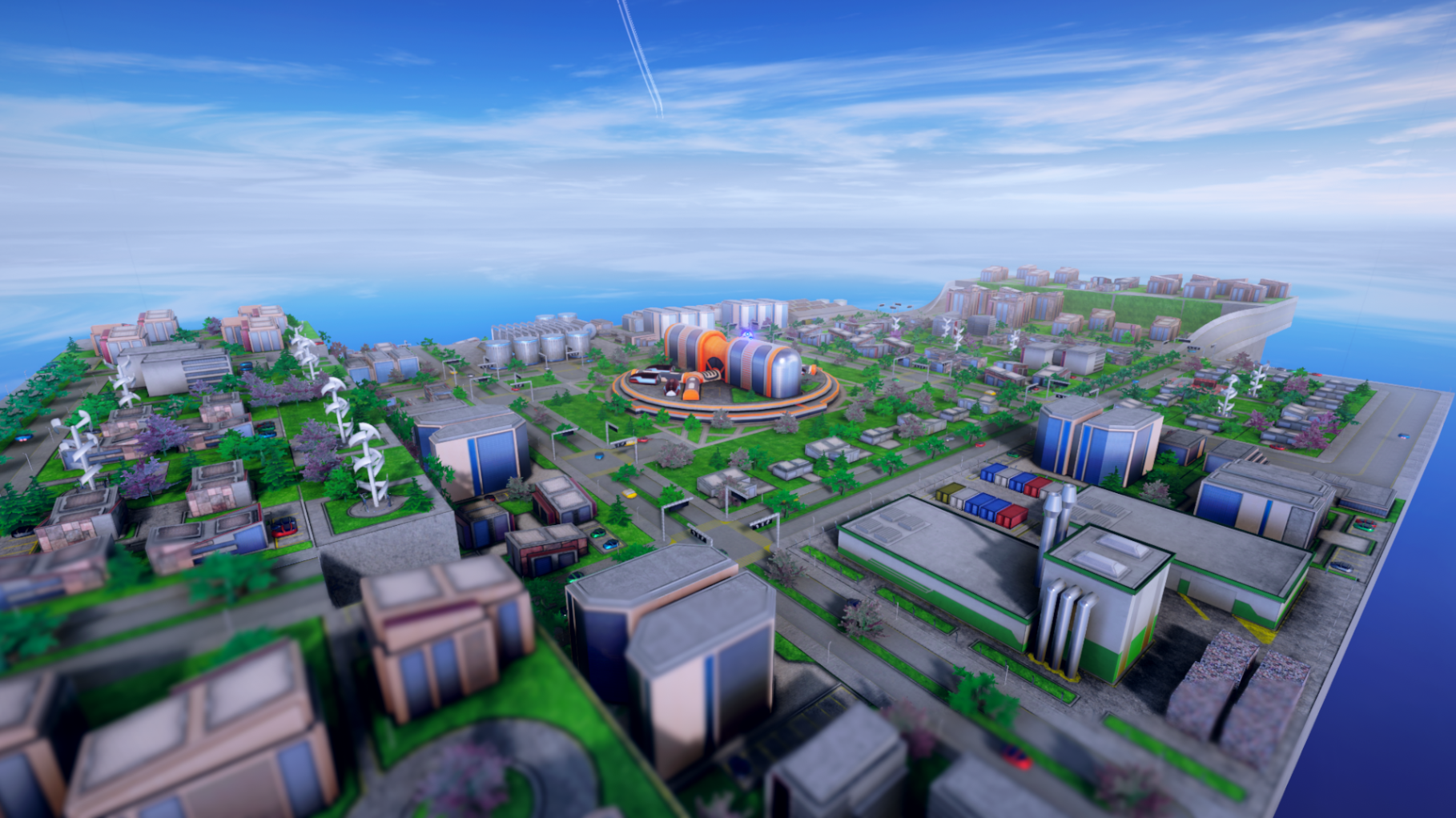 There's a great deal of under the hood work going into this version, specifically regarding roads and how buildings connect to roads to determine what resource network they belong too. I've not reached a point where compiling roads is pretty much as efficient as is possible given the way the road system works. When it comes to spawning roads when loading the city, there has also been some improvement in speed. There's still some room for improvement, but essentially this is now as fast as it can be, given that Unity needs time to spawn road tiles. 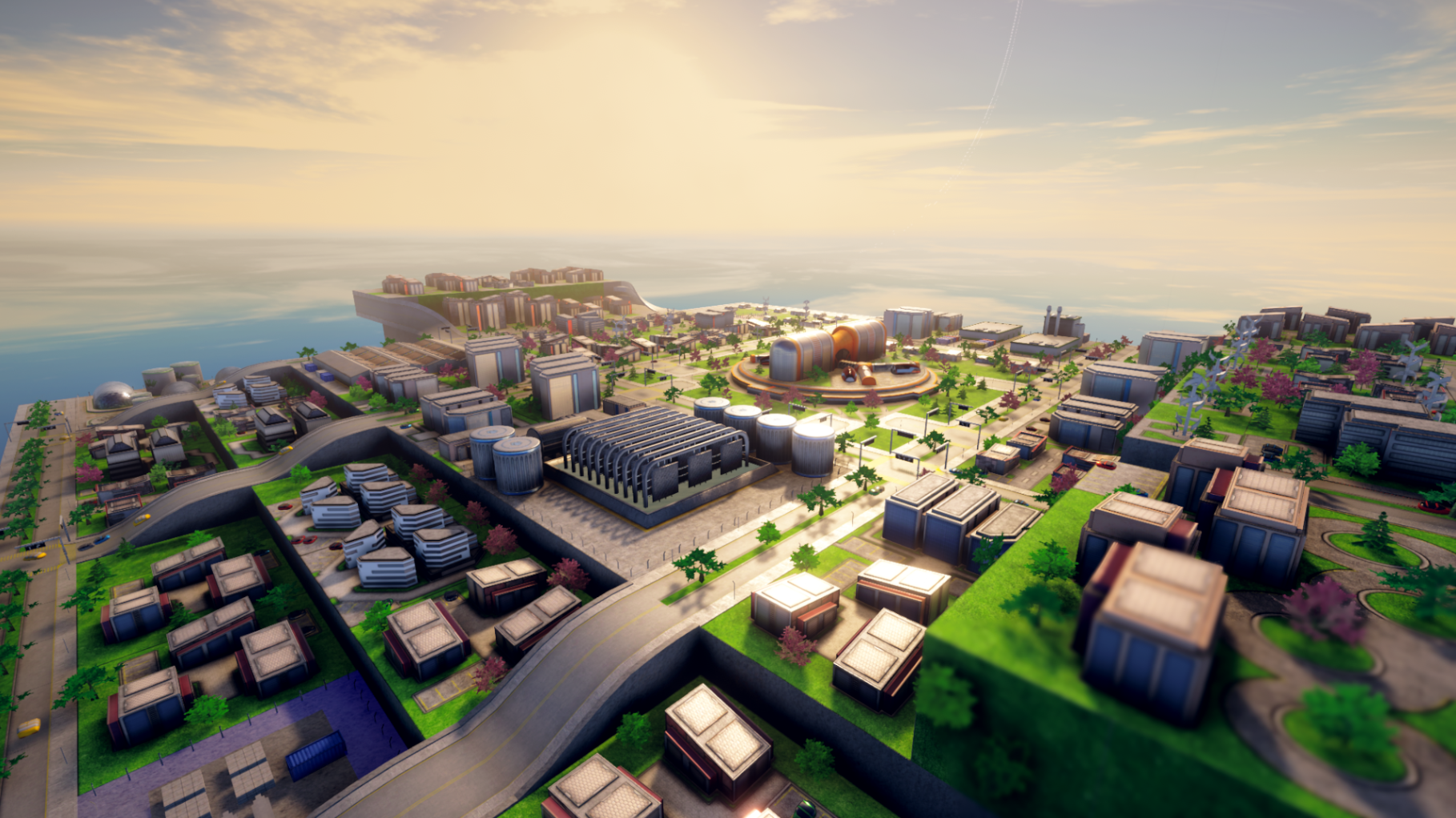 Additional road ramps will be added later on as well as the ability to attach trams on ramps as well.

I've started implementing the low detail LOD:s. In this version all residential buildings have low poly versions triggered when the camera is far away. 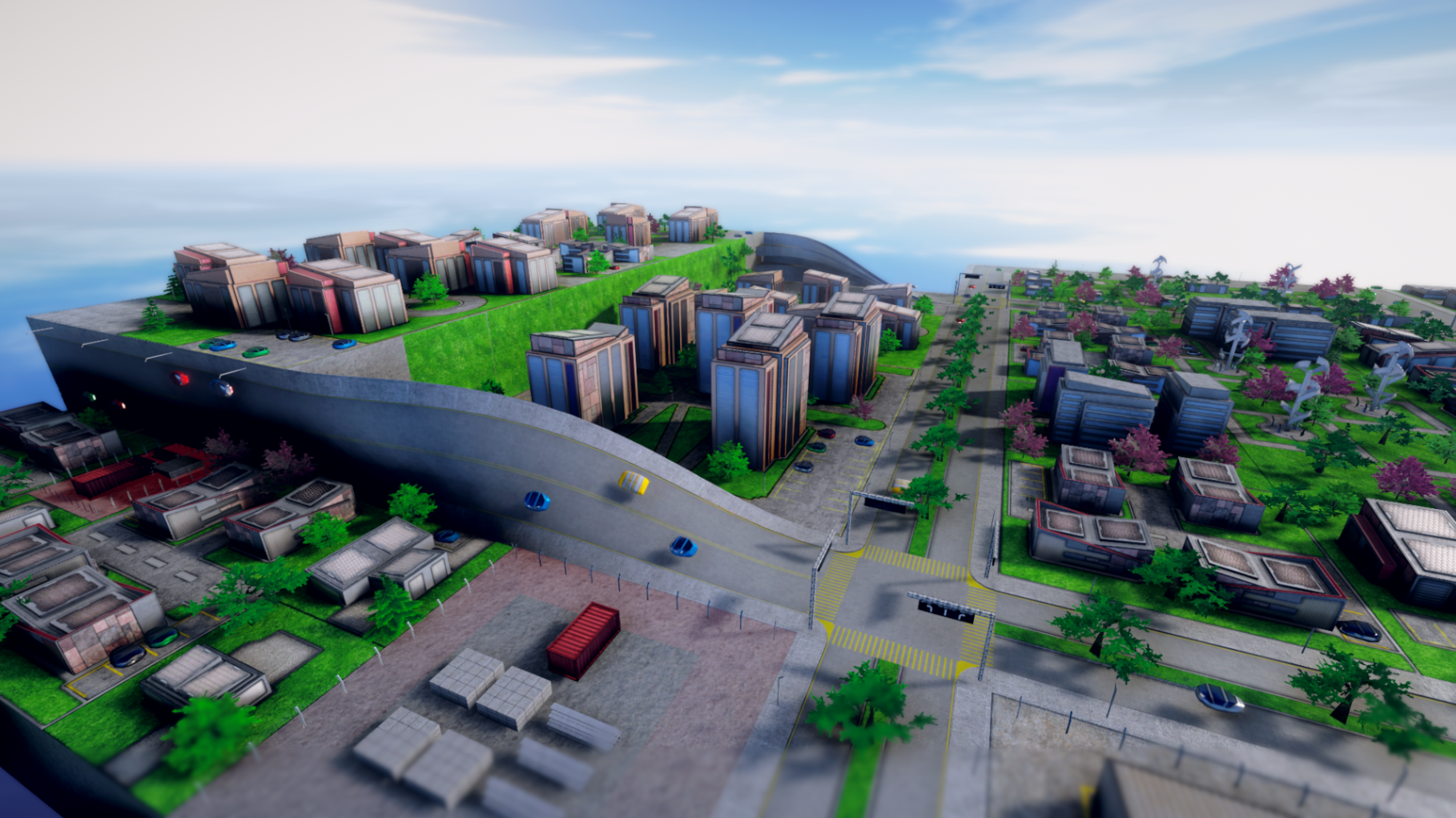 Lastly, old save files (prior to EA-launch) have now been deprecated and will no longer load correctly. This is because it is no longer feasible given ungoing changes in underlying systems, to maintain these save files.