Check out some new voice lines with cool new filters, character art, explosions (of course) and tons of fixes to address issues that came up during the last demo.

Check out those new explosions! Will be adding flaming debris and sparks too eventually.

Content is a bit slow as we're working to fix tons of bugs and issues that came up in the last demo, which by the way if you haven't downloaded yet, get it here:

This is what bug fixing looks like. Glad to say the random crashes and physics bugs are finally gone!

Brandon (writer and voice actor) has been hard at working writing, recording and directing new dialogue. We caved in and decided to add radio filters to character voices. Originally we were going for a more realistic direction, but now it's more sci-fi and the radio filters just work a lot better.

And we also have a new voice actor for another faction, Mr. Phann. Check out a small teaser of his favourite line here

Stealth didn't really work in the last demo and we're looking to address that. Sure you could sneak around but there wasn't really a reward other than getting in some sneaky headshots. Here's a prototype of an "adrenaline" pickup which charges focus (slow motion). This encourages and rewards stealth and exploration. 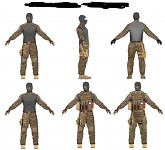 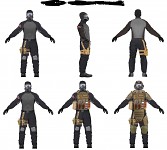 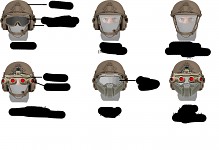 The current enemy soldiers are placeholder and will be replaced soon. Here's a sneak peek of how they will look. The character models are still being worked on but some will be ready for in game use soon!

Thanks to wKdISGooD for bringing this up. We now have a community playlist of some awesome kill montages and let's plays. If you have any cool gameplay videos or let's plays, feel free to let us know and your videos can be added to the list!

Addressing other bug fixes and issues

Still investigating and fixing a lot of other issues, including blood shading issues, blinding lens flares, that super slow save system and many others. Gameplay balance issues are also being looked at. Next demo will be much more stable and polished. 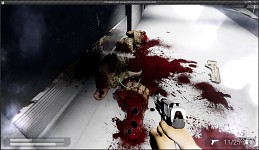 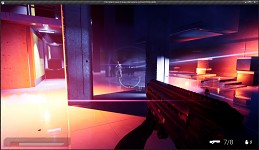 The last demo got us a lot more attention that expected! On top of all the kind words, advice, input and suggestions we've also been talking with influencers and publishers. If you're one of those people and are interested, please contact me (wilson@trepang2.com), or check out our website or presskit for more info.

Here's a level that was scrapped a bit before the last demo, it might be revisited later sometime.

Please follow us to stay updated and connected! Next time we'll have some explosions, character art and other cool stuff.