Warming up the DevLog with some behind the scenes of the making of the trailer, showing some level making tools and letting ya'll know about the updated website!

Just thought I'd do a quick entry on some of the work I did for the trailer.

Since I wanted a super close up shot of a banana, and wanted a high resolution texture to support this kind of shot, I thought I'd break out my camera and try to snap some close ups of an actual banana. At first I tried to get some shots of the banana, as it were, but it turned out too.. round. It was difficult to capture all the sides as well, since it was so... curved.

Banana 3D-scanning in progress (supervised by my project lead, mr.Pug-Bear)

So what to do?
Well, why not try to UV unwrap the banana, in real life! 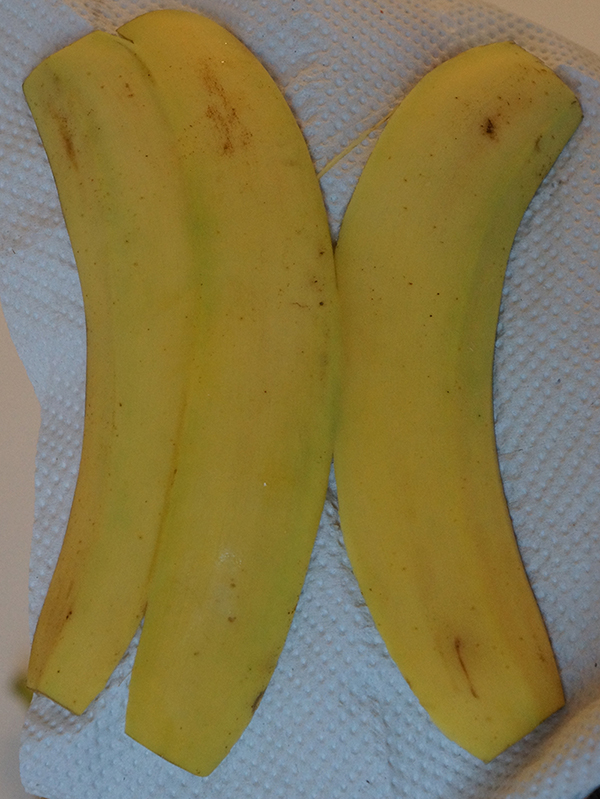 It seemed to do the trick and I managed to have that close up shot of the banana in the trailer.
Here's the result in Blender (with added bloodstains):

In other news I also updated my website to draw attention to MFP: BBB. I'll probably update it more properly in the future, but this will do for now. Oh, and I even set up a Newsletter, cuz I'm professional like that. 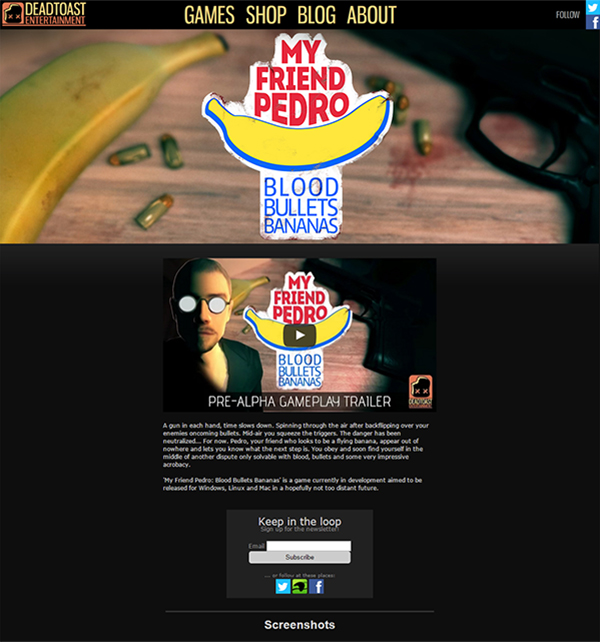 Previously on the development of 'My Friend Pedro: Blood Bullets Banans'...

Here's a bit more catching up on what's been going on before the release of the trailer.
I'm using Unity for making the game and was at first a bit disappointed in the level designing tools in Unity... until I discovered I could actually make my own tools! Now, I'm sure there are plenty of people out there who thinks "duuh, of course you can make your own tools", but this felt huge for me. Give a man a fish and he'll eat for a day, teach him how to make tools in unity and he'll forget to eat.. or something like that.

Here's a little visualization of what I made to help speed up the dressing up of the levels in MFP:

It's nothing too fancy, but it saved me a heck of a lot of time.

It basically checks the size of the bounding object and tries to fit as many wall/floor pieces as it can. For the walls it scales the end bits to fit perfectly to the size. The floor doesn't, mainly because I like the keep the size of the gameplay areas a multiple of a carefully chosen comfortable size. Oh and also because I was too lazy to implement that last stretchy bit for the floors.

The main motivator for making this tool was to speed up the dressing of the levels, and having an easy way of trying out different visual styles in different areas. Changing the look of a wall or floor is as easy as pressing a button.

Here are some examples of different styles:

Next on the agenda is probably a bit more of 'social-media-type-stuff' like setting up a presskit() and such. Hopefully in a few days I can get on with making the actual game again

Until next time. Toodles!

Thank you very much :) I'll try to keep updating as much as possible to so stay tuned :)