In which a new-year well-wish is given; localisation is tested in light of recent changes; a new shader-input is tried; a forest is touched up; and a new mist-related effect is being developed.

This week's screenshot shows a very-work-in-progress effect being made for level six: (Here seen in a test-level.) 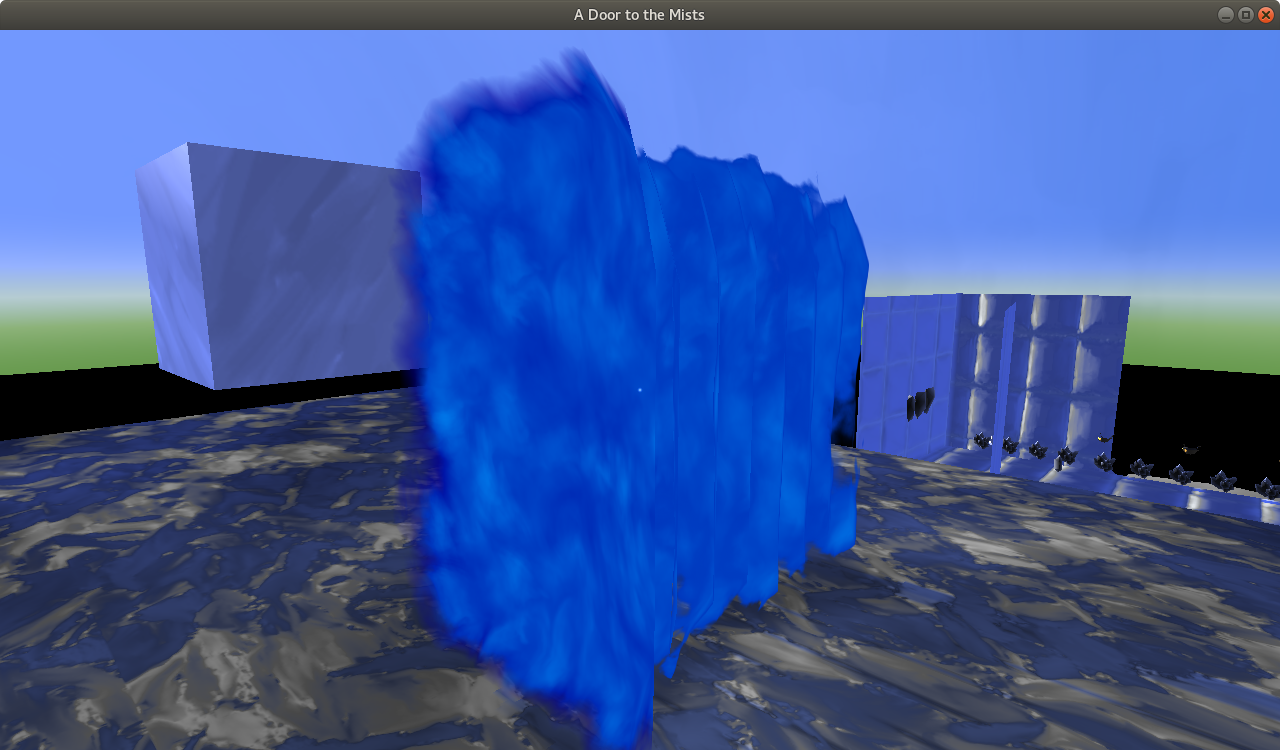 As you may gather, I did indeed extend my Christmas holiday to an additional week. And I'm glad that I did: the rest was called for, I feel!

As to the week just past, it was a bit of a slow one: it took a bit of time to get back into my work, and furthermore the week included another (much shorter) annual holiday of mine. Still, some things did get done:

I mentioned in my previous blog post, I believe, that I had switched my localisation system from using Python string-files to using TOML string-files. This had been largely tested, as I recall--but I hadn't yet tested switching between languages.

So, in the week just past I did that.

Now, I don't have an actual translation to test with. To that end, then, I put together a TOML version of my usual test-"translation": "Felid", in which nearly all strings are "mew". ^_^

And I'm glad to say that the system does indeed seem to work properly!

On the technical side, a new version of Panda3D was recently released, and this version included a new shader-feature that seemed like it might be useful. And indeed, testing showed that it did work as expected--and, alas, that I had likely set up at least some of my materials in a way that precludes it from working with them. Ah well--it would have been a convenience, but it's not a major issue, I feel.

On the art side, I went back to the forest that forms part of the view that surrounds the second part of level six. On review I had found it a little lacking, and so set about to improve it. And while I didn't manage to make all of the corrections that I wanted, I think that I did indeed achieve an improvement. 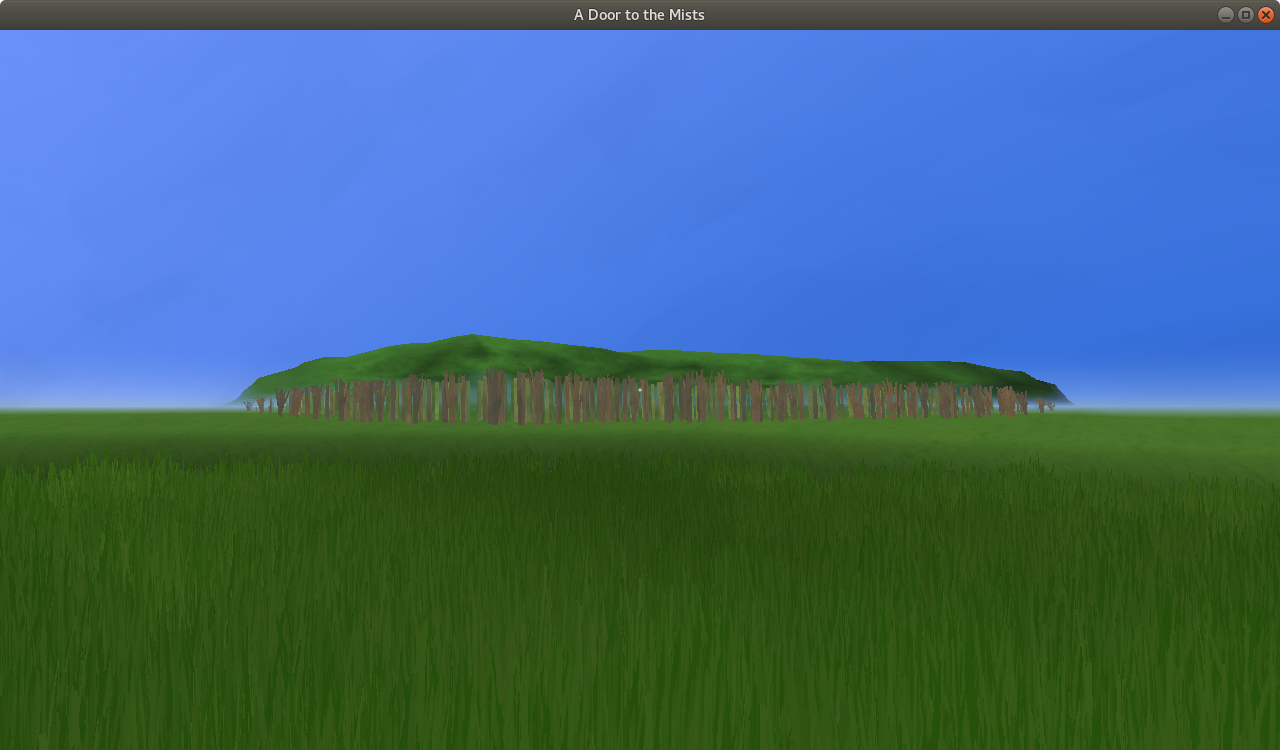 And finally, I worked on the effect shown in the first screenshot above.

The exact application of this effect is, perhaps, a little spoilery--although you might be able to infer that application from what I've shown before and what I'm showing in this blog-post.

But in short, this is a variation of a pre-existing mist-effect, designed--amongst other things--to part as the player moves up to it.

Specifically, it's a variant of a mist-effect that doesn't use randomisation after initialisation, originally made for looping title animations (as in the trailer videos), as I recall. The lack of continuing randomness--and of the code to support said randomness--should, I hope, make this new effect a little less expensive than the randomisation-heavy mist-effects used elsewhere (such as in cutscenes and level one). Which may be important, as this mist-effect may cover a significant portion of the screen--even all of it, at times.

All that said, this is very much a work-in-progress: I haven't yet managed to achieve all of the traits that I want in the feature to which it's being applied.

Let me end this post, then, with a short gif of just one part of the mist effect in action: