Post news RSS Merry Christmas (and an Introduction to STARDROP)

An Introduction to STARDROP and plans for the game's development as well as a small introduction into the game itself. 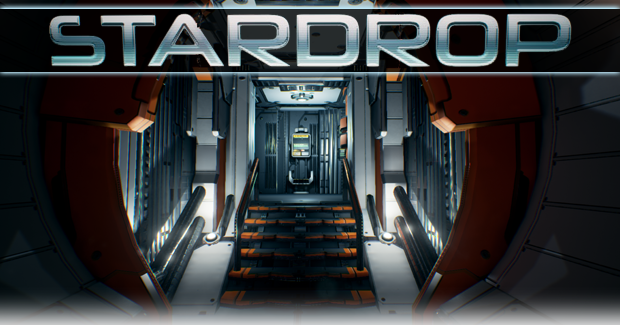 Hello. My name is Joure and one or two of you out there might remember me from a mod that I create a quite some time ago. A lot has happened since then and I find myself here and now going back to my roots.

Level Design has always been my main discipline when it comes to game development, but much like, if not more so, then 1187 I did most of the work by myself. Except modeling and programming. Thanks to EPIC and the Unreal Engine 4 I can do programming inside blueprints. And the Marketplace is where I get most of my assets from so I am able to pretty much do everything by myself again, and more then I could before.

Now, luckily I am not entirely alone in this. I still have Dec Doyle lending me a hand when needed and Josh AKA Ferret as well when it comes to programming. I also am incredibly fortunate to have Aryn Rozelle playing the role of the main protagonist.

On top of that I am again working with Robert Ducat semi reprising his Role of John. Anyone who's familiar with 1187 knows who John is. Though it's not the exact same John. It's a new interpretation of him. A tad less goofy, yet maintaining his silly approach to things.

One of the main reasons I am kicking off this article is that I am gearing towards a Kickstarter. As much as I hate to say it I could really need some funding to lift this project to a higher quality level and not have to worry about things outside of development (IE like living in general, or parts breaking down, etc)

The plan is to release a DEMO alongside the Kickstarter so that people know what they're getting involved with before having to pledge anything. I also want to try and maintain an open development blog and give everyone a look behind the scenes without spoiling anything regardless of being a backer in the future or not.

If I am successful and reach the goal (or stretch goals) I will hop right into phase two. Which is making a prologue for the game that I would sell for a very reasonable price. This is to further fund the main game which will require a bit more time of course. As well as to be able to hire one or two people to speed up the development process and be able to have more unique assets. 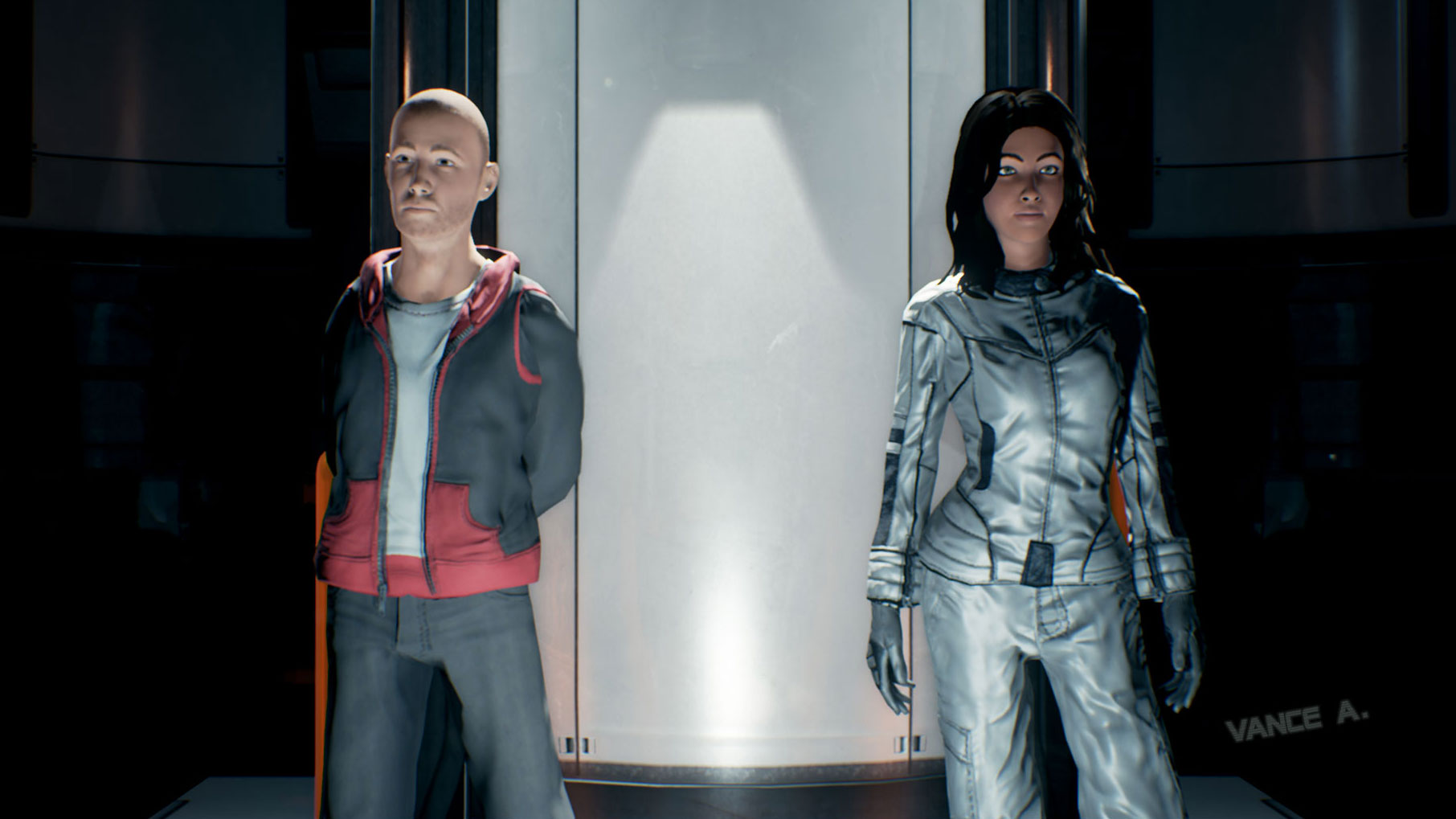 Now without going too much into the game I would just like to have this clip do the talking. Busting my butt to get to this point and while it's still ALPHA footage it's already polished and on it's way to beta with only a few minor bugs. The video contains a portion of the DEMO itself and acts as a small introductory to some gameplay elements and the characters that you meet in the game.

I hope you guys have a better idea about what the game is like and hopefully are interested in it's progression. If there are any questions feel free o ask in the comments section. I will do my best to answer them to the best of my abilities.

And with that I hope you might find this game interesting and if anything I wish everyone a Merry Christmas and A happy New Year to boot. :)

Look awesome thanks for the new and Merry Christmas all!

Thank you and you're welcome. Merry Christmas. :)

Very convincing - very professionally made and fantastic voice acting! In style and art it seems to be a lot inspired by the old original Alien movies or that recent game Alien Isolation.

In either way it's very good and I'm definitely tracking this one. Merry Christmas and thanks for sharing this with us.

Thank you for the kind words. You hit it right on the head. After I played through the Alien Isolation campaign, which was really amazing and is now one of my all-time favorites, I finally felt inspired enough to make my own Sci-Fi game.

I always wanted to make one. During my time in Alien Isolation I felt that I would love to play a game that is not about shooting and having that tension all the time. I wanted to make a game where it's about exploring and just having a nice adventure.

I sat on the idea for a while and I starting forming a story inside my head and am now highly confident that I have the perfect story to tell and add a couple of themes in there that are dear to me as a person.

But Alien Isolation is far from the only game that inspired me. I am a HUGE fan of metal gear solid and the Tomb Raider reboot as well as DeusEx HR to name a few.

I wanted to make a positive game that isn't all doom and gloom without it being too happy pappy either. But I will stop right here because words won't do it justice. So thanks again and hope you'll enjoy the demo that I hope to release very soon. :)

Merry Christmas to you too. :D

A hand on the lock panel would be nice and it needs some skinning so that everything doesn't look like plastic. Other than that, it's flawless.

I'm assuming you mean an animated hand gesture right? Well, you have to understand that this is a solo job. Besides the VA's and some very good friends who help out on the rare occasion I am stuck I am doing all of this on my own.

I mean I would love to add these features, and I have these kinds of ideas already planned if I am able to find the right people or fund a budget for the game to be able to hire someone, I will have to make do.

As for the plastic look, That is very much intentional. I only use shiny metallic surfaces when I feel it's aesthetically meaningful since I don't like everything to be full on shiny.

I might tweak some of these materials later on but not much will change. And there will be other ships with their own unique look and feel.

For instance the lower B deck is a lot more shiny and rough looking since that's where the engine room and maintenance areas are located along with the cargo bay.

Hope this answered you questions and/or concerns. But I'm glad you like the rest, so hopefully you will enjoy the Demo enough to get the actual game. ;)

That is really impressive even if it weren't just you alone on this. Very nice modelling ang lightning. How much did you do by yourself and how much did you buy on the marketplace? And which tool do you use, Maya? Good luck with that project and your kickstarter campaign!

Well. My main skill set is being a Level Designer. I have dabbled into prop modeling before but never had the time to fully invest in it, since my job required me to simply make levels.

What I did do however is tweak and change materials to a high degree so that they're as far removed from how they originally looked as possible, combined with mixing and matching props and assets from various packs to further increase a more unique look and feel.

I have bought about three packs in total so far, but money is very tight for me right now. I have my eyes set on a few other packs as well as some individual assets which I hope to be able to purchase in the near future.

The plus side of all of this is that it does speed up development, well, not counting in the time it takes to alter existing content. I do however also create my own textures for interfaces and signs, etc. This also helps making things feel a lot more different.

I have tried both 3ds max and blender and I am looking into spending some time in blender and hopefully be able to create a few simple props that I need but I muchrather have someone join who's experienced and thus a lot faster. I rather focus on making the game, creating blueprints and getting things to work while making these levels.

I also write the story/dialog and deal with the sound design aspect of the game, you can imagine it's a tad time consuming.

I appreciate the compliment, but I cannot take any credit in the models used. I am very thankful for the guys who've put it out there so people like me can make these games that we want to make. :) I will take the credit for the general look and feel of the game such as the lighting and placement of these individual models and their materials (I seriously have altered every single one of them ;) )

I hope that helped answer your questions.

Thank you for the very detailed explanation. It is always nice to know how other devs tackle their work.

You are absoluteley right, there is no shame in buying models and focus the time saved on the game itself. For that reason my pal and me used Unity instead of programing an engine by ourselves because that would be time wasted.

I guess one has to focus on the things he is good at and don't be shy to get someones help like you do for the modelling.

And regarding the compliment, my positive impression was not only shaped by the models but also their arrangement, so please feel good about yout work ;) If I had more experience in modelling I would gladly join the ride even for a few models :)

Glad to explain. I am a firm believer of being as open as possible in game development. Obviously I'll keep some stuff to myself, usually when it's story related.

It's a good time to live in as a dev. Lots of options out there to speed up the process and a whole slew of advanced tools and apps to help as well. :)

And don't worry. I'm positive that I'll find a partner in crime when the time's right ;)

Thats right, the tools are great today. I just read the "Making Of Prince of Persia"...coding animations in assebly language...brrr...:)
All the best for your project!

Thank you very much, Took a look at yours as well. Pretty awesome looks like fun. Will be tracking it. :)