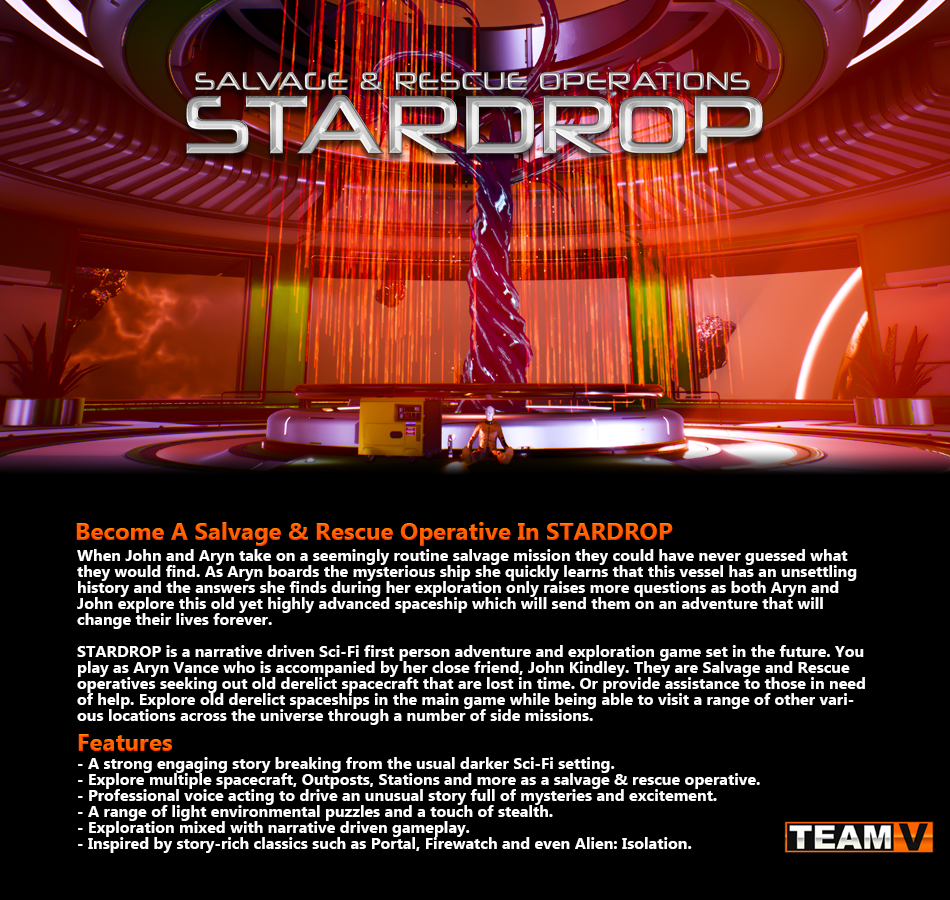 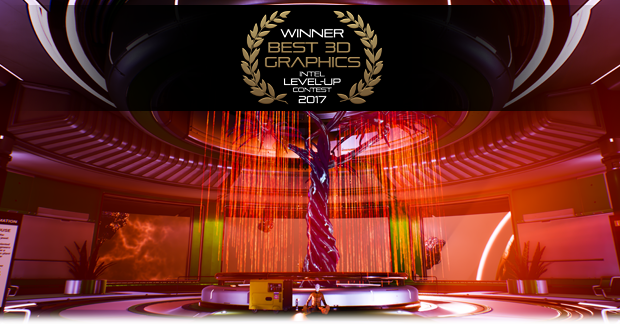 STARDROP has been updated several times since my last post here. A new chapter has been added, Retron One, a small mini game, has been released. Countless bug fixes have been addressed and a lot of new game options have been added such as keybinding and a number of video options, etc. 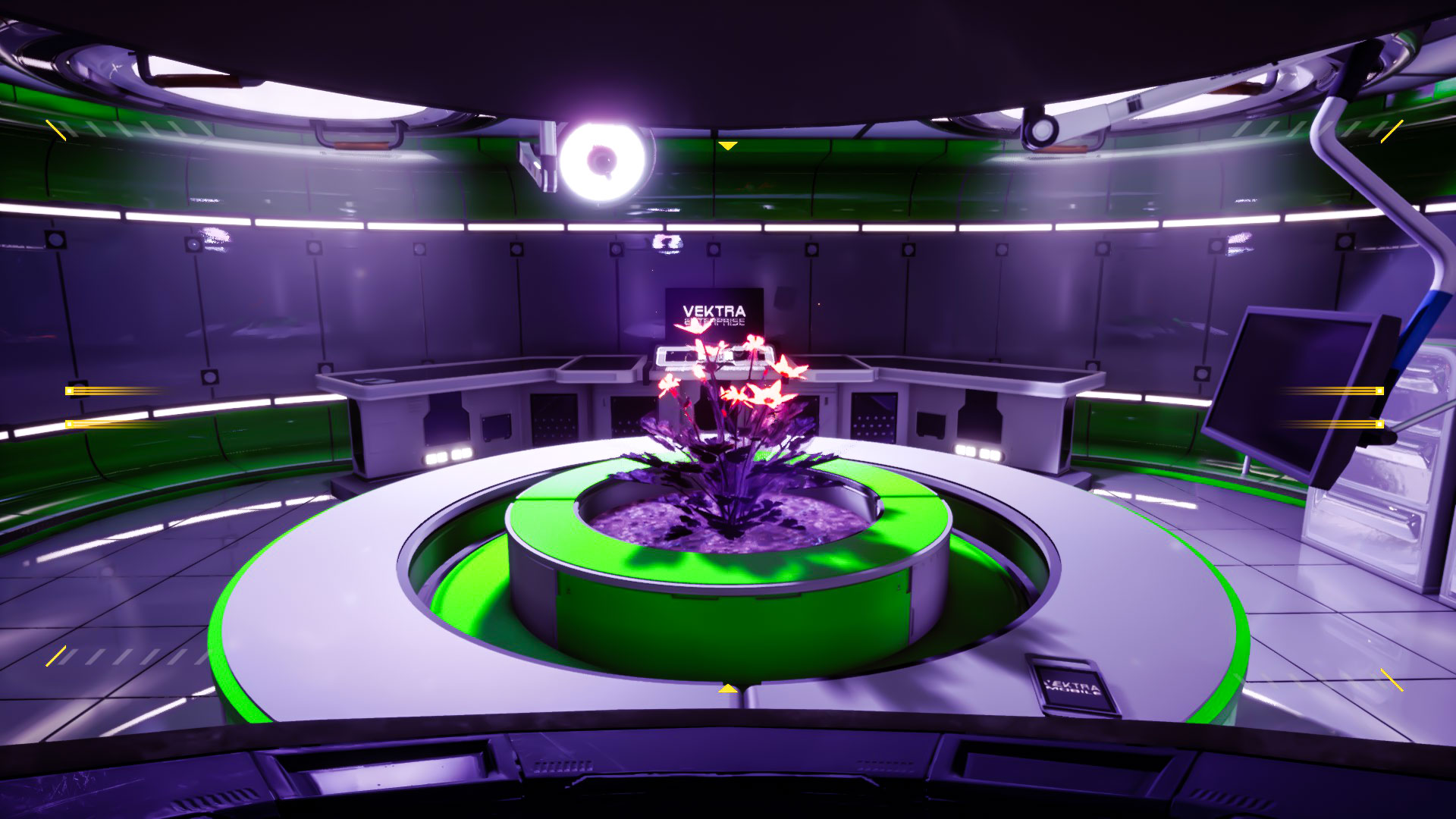 As it stands the game is in a very, very good place and I would like to invite those who might have been on the fence to (re)play the demo, which has also been updated to reflect the current state of the game.

On top of that STARDROP has also won "Best 3D Graphics" from the Intel "Level Up Contest 2017" which was an awesome surprise. Since our release on Early Access we have beenMedia.indiedb.com fortunate to receive a lot of positive feedback and reviews which I would like to think is due to the hard work that has been put into the game. 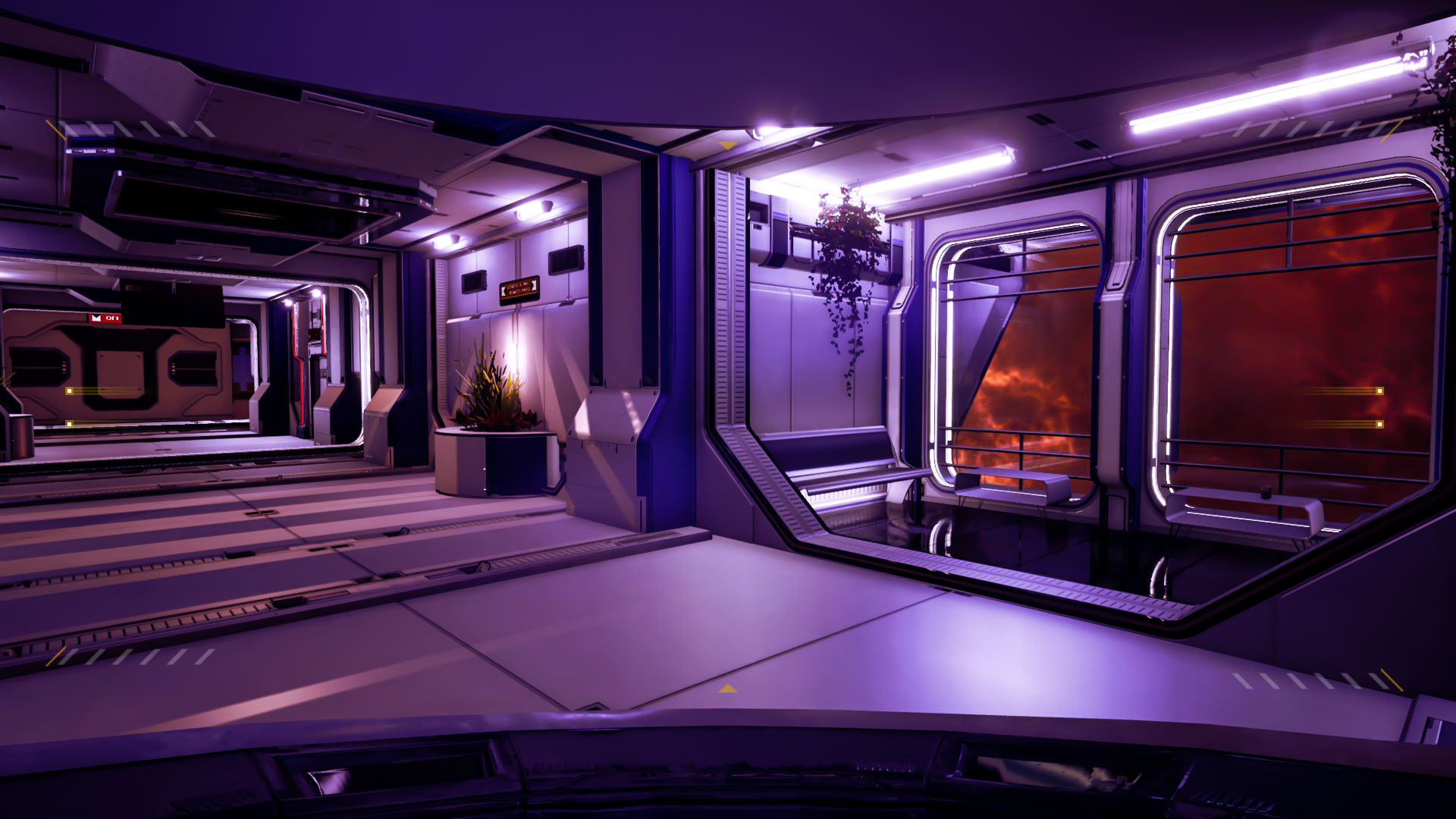 Our official website has also been given a makeover and has been simplified in order to make navigating the website much easier.

So for now this is it. As I don't have much time to write articles everywhere I would suggest to head over to our community page on Steam to read some of the announcements if you're interested in the details of some of the new changes and additions to the game. 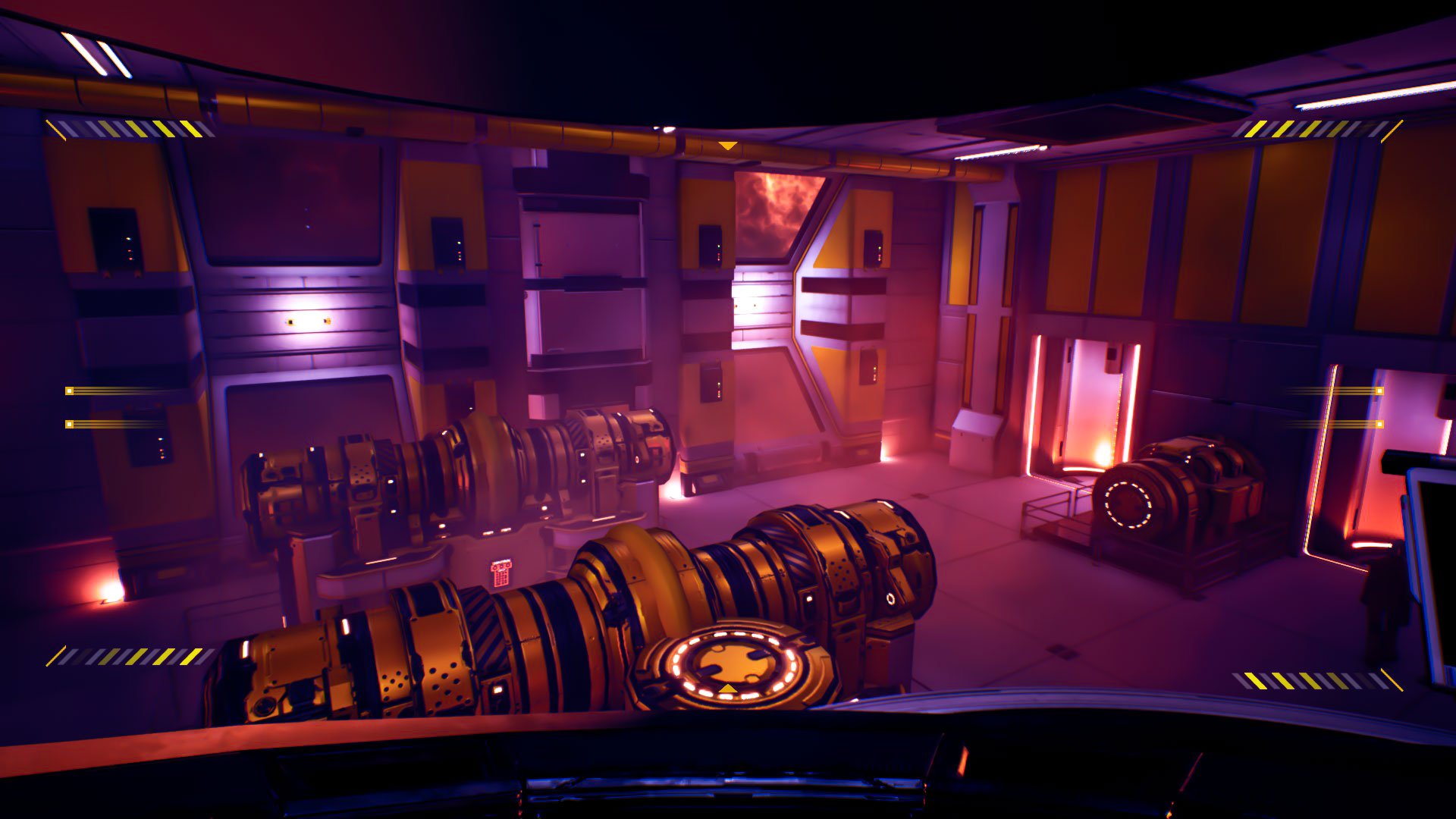 Oh, and there's also a new trailer which you can view right here.

I hope this was informative enough and I'll try to keep a lifeline open here on Indie DB.

STARDROP has now officially launched into Early Access on Steam and Itch.io. You can enjoy a 15% launch discount on both platforms.

STARDROP will launch into Early Access on both Steam and Itch.io with a week-long 15% launch discount.

We have a special Christmas surprise for you all this year.

WE ARE LIVE ON KICKSTARTER

That's right. We're LIVE on Kickstarter right now and we surely could use all the help in spreading the word.

I'm OK with the removal of the old videos but can you please add new ones instead? Pictures are not enough.

You're right. Usually I add a video in the news articles or links to something tangible. I haven't had anything decent to replace the old videos with yet but I'll get something up asap.

How is it that I've just come across this now? STARDROP looks fantastic, can't wait to play it.

You can try Chapter 1(DEMO) right now if you wish. Check downloads section.

Just wondering if you need a composer for this project. You can find examples of my work here: www.musica-atomica.com

Sorry for the late reply.

We've already have a composer working on the game.
I appreciate the interest and I'm sorry I have to decline.

Please take care and wish you all the best !!!

Thanks a lot for the kind words.
I took a look at the game and I'm actually pretty stoked.
I really love the idea of your day/night cycle that is really cool.
Just keep on going, it's already very appealing imho and I'm digging the visuals a lot!!!

To the Moon Adventure