Math Classroom Challenge is a math game, and we believe it is something that should be learned in a fun and enjoyable way. Combining math with other activities is a challenge that we want to propose to all science and video game lovers. In this case, by becoming explorer geologists, to get Helium to feed the fusion reactors on Earth. Shall we begin?

We are proud to inform that the new Math Classroom Challenge Scenario for Windows+monitor and for Oculus Rift (one build for both), "Math & Rocks", is now available on Steam as a Scenario at no extra cost. This is not a DLC, just download version 1.50 and it's done. You'll see a new button to access the new area.

Now you're a moon geologist!

Probably you've heard of the experimental fusion reactors that will provide humanity with lots of energy. It's the power of the Sun to be used for our development as societies. But this reactors need Helium 3. And where can you find Helium 3? On the Moon. 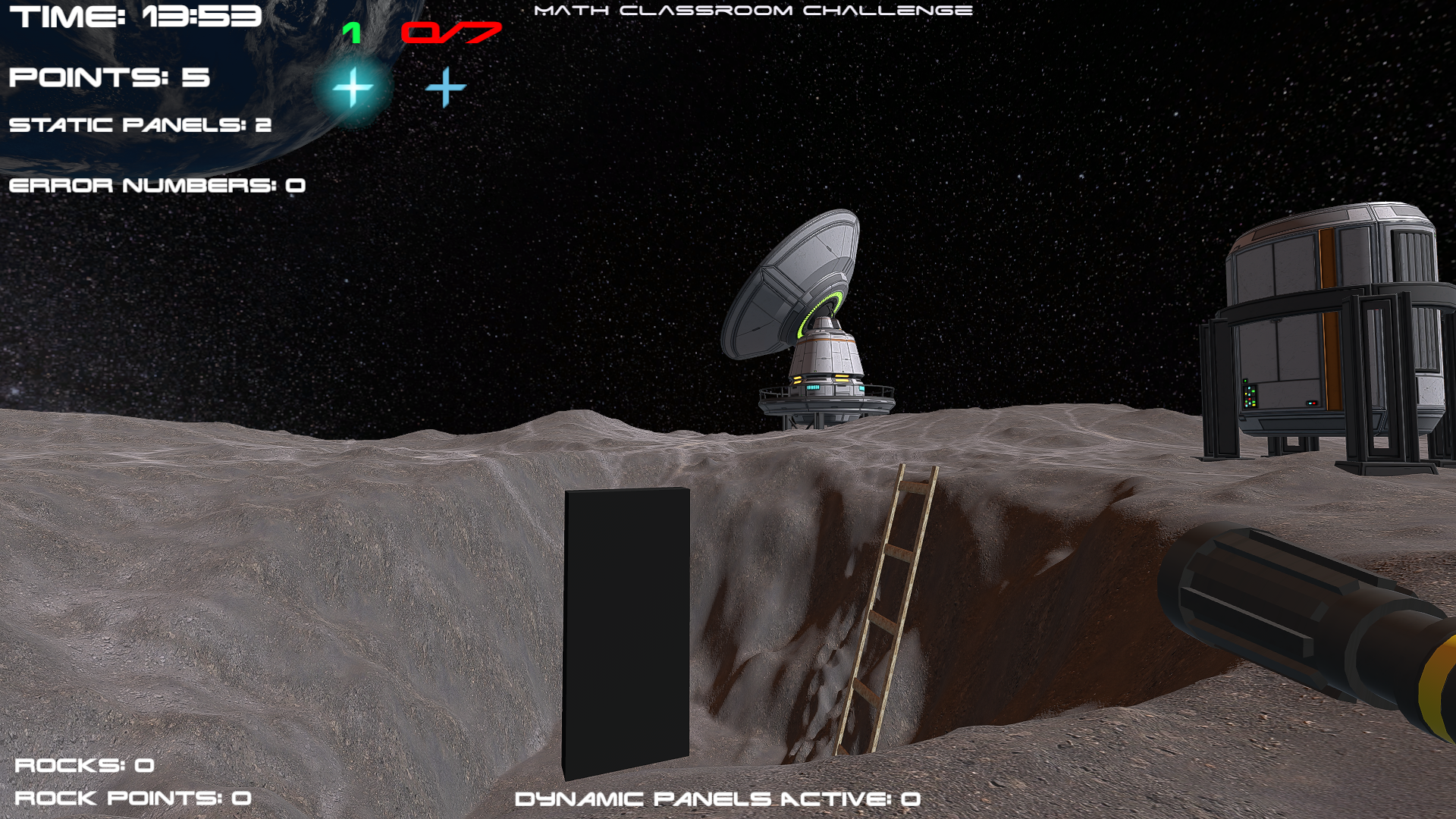 In this scenario, set on the Moon, you will have to perform the same tasks as in the other scenarios. But you'll also have to collect the rocks that fall on the moon. To do this, throw water on the rocks, and a report will indicate its chemical composition, and also, if it has water and/or helium 3.

From time to time, a large transport ship will arrive at the rock repository to collect and carry them to Earth along with helium 3, which will be used in the planet's fusion reactors.

The points accumulated by obtaining the rocks are independent of those obtained by mathematical problems. You'll have to decide what to give priority to, your spirit as a geologist or mathematician. At the end, the statistics will show you the number of rocks achieved, their points, and the helium.

This is the future of humanity

This is a game, but we think soon it will become a reality. And we want people to know that there is a new revolution in process when talking about energy. Welcome to a new era of humanity. The era of the fusion reactor. The Moon and its resources are the future of humanity.

For more info, there is a good article about Helium 3 you can find here.

Not often you see educational games. Good luck to you.

Thank you, you're welcome!