Post news RSS LBKR - Beneath the surface, and Linux Support

Pre-release update on upcoming version 4.210 of LBKR. Lots of new content, mysteries and some wrap-up of what's beneath the surface, plans for the future and more!

Beneath the surface... and Linux support!

One of the main goals for this upcoming version's release has been to finish the implementation of the mysteries of the IGCC (aka "challenge-mode"). Alot of content in LBKR is hidden, and can be unveiled either by solving mysteries, riddles or discovering secrets by random. 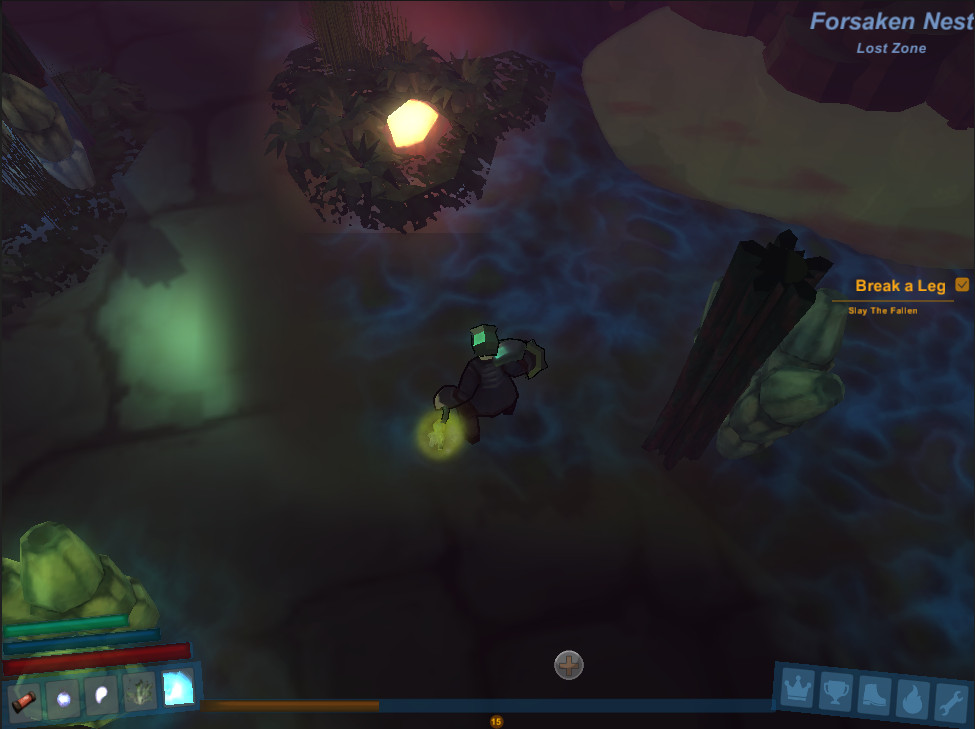 While these levels/mysteries are most recommended to complete at higher player levels due to their difficulty, they do not really belong to the main story-path. Instead the mysteries and missions gives a better view into the background story, events and intrigues prior to the spore infection of IGCC.

All in all, for the 4.210 release three new challenge/mystery worlds along with three new mysteries. Also two new side-missions have been created and one new boss monster.

A new item ranking has been added, called "Exquisite item", these are unique items that are way more powerful than ordinary gear collected from loot or shops, however they can only be aquired by solving mysteries.

Some minor tweaks have been made to the AI behaviour, the most important one by far is that all AI attacks are now serialized instead of generated at runtime. The primary reason is that I wanted more control on how the attacks are set up depending on each individual character.
This also opens an opportunity to allow characters to perform the same attack but with different conditions or methods 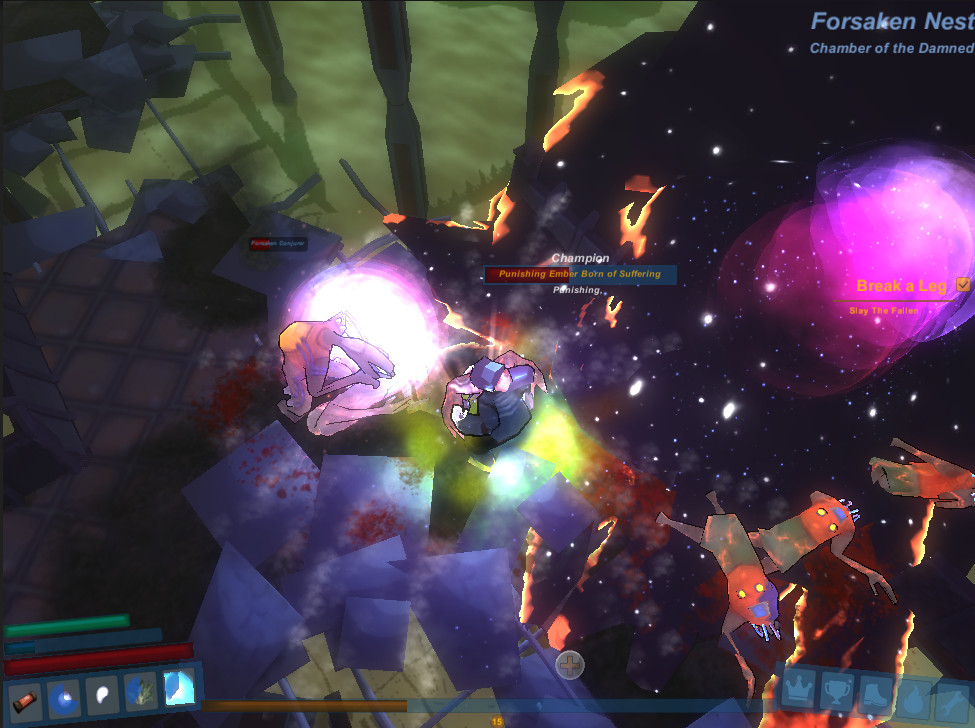 The player character suffered from some quite heavy clipping and item offset issues earlier, when equiping some items the character would not align it's hands depending on the shape of the item but instead depended completely on animations, meaning that the positioning of the item on equiping it was required to be perfect but it was quite hard to get it right. 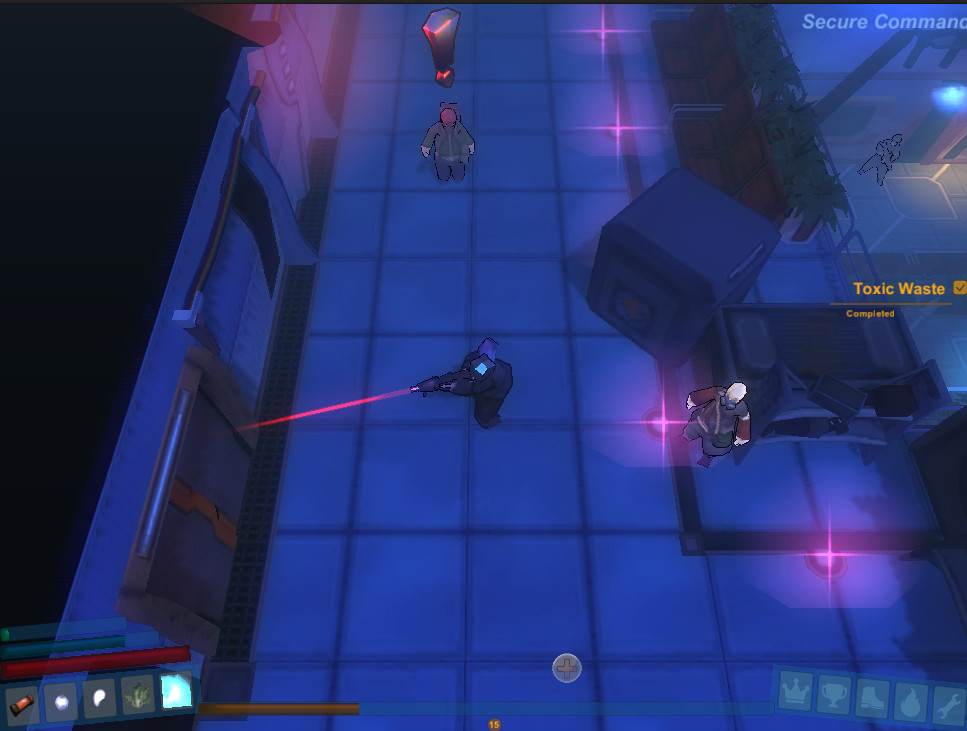 I'm now using bone IK targets to ensure all items are held properly by the character.
I've also sorted out a bug with the player's move animation that were crossfading wrong animations in case the camera was rotated. The animation crossfaded is decided depending on the character's forward direction, a miscalculation in earlier versions made the code skip calculations depending on the camera's orientation.

A new feature regarding the game's visuals are slow motion effects. When the player level up or manage to perform high-count multi kills a slow-motion effect will kick in for some seconds. The effect will be used in more cases and primarily for a specific system I've planned to create in the future to add some more dynamic action to the combat. 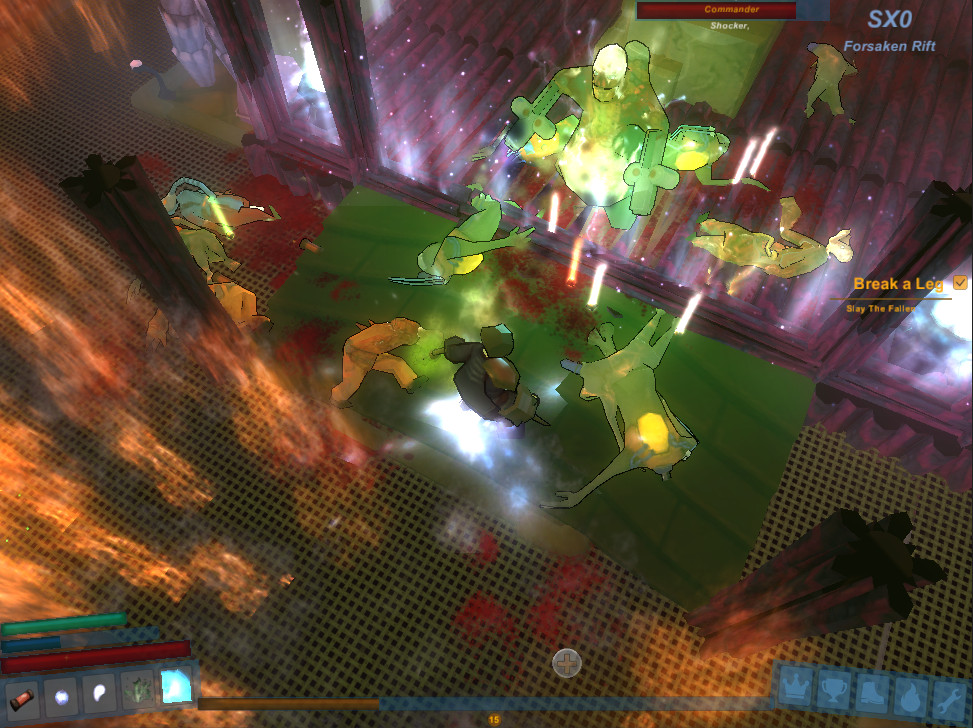 I've begun making the game ready for Linux aswell, Shortly after the Windows release of 4.210 I will wrap up the Linux build aswell and start game-testing it. I will return with more information on the Linux release since it depends quite heavily on how the testing goes. If I encounter truck-loads of bugs or things that must be fixed it will obviously have to go through some deeper testing.

Coming up in the future of LBKR

I have a bag of plans and ideas that I wish to implement into LBKR in the near future, to start somewhere - more mysteries and side-missions. More armor and weapons and monsters, the basic stuff really.
A new player class will be implemented, I've begun making some rough drafts on the ability tree and skill orientation. The class will be possible to unlock by solving a mystery (and might be the first of many... no promises though ;) )

I also wish to make the combat of LBKR slightly less linear, so I'm trying to come up with as many ideas I can manage to succeed with it. One of the ideas I currently find most interesting and will start working on ASAP is an extension for the gore-system, making it possible to execute severely wounded monsters that are stumbling. I'm unsure on how much this would actually add to the "dynamics" of the combat events, but it will surely add new ways to make the combat more messy and gory.

Also some of the player abilities currently implemented will receive new unlockable enhancements.

Awesome! Thank you for supporting Linux!
I have tested/played several Unity games in Linux and they run fairly well. Unity does a good job at translating what Linux requires.

Also, post on Reddit and Linux gamers would be happy to test and report any bugs for you...
Reddit.com

:) Glad to hear! And thanks for the tip! Will make sure to post there when the Linux build is available.

I'm really excited to play it