Loot Burn Kill Repeat is a free to play sci-fi action/rpg with a focus on fast-paced combat.

Shrieks of pain echoes in the corridors as a curious infection spread throughout the IGCC station, turning all living things into blood craving monsters. You will soon come to realize that it is up to put an end to the obscure events and save the remaining survivors from the horrors.

The issue I had with the Unity Engine’s UI system not properly rendering scroll panels was relatively easy to work around after all, I used to adjust the size of the content elements through code earlier, and I initially believed that this caused the Unity UI to skip some sort of Refresh-call. I therefore removed all such code and added Unity’s built-in auto-layout components that properly position and resize content that is added dynamically. 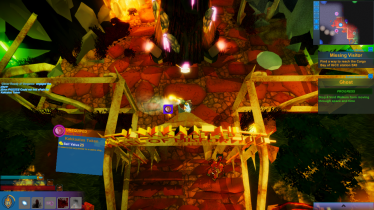 I got the feeling that the UI is now behaving more consistently, and above all layout is more accurate (and I could strip away a whole lot of code.) but the problem still remained, atleast for more than half of the scroll panels. After some further testing I noticed that the game (seemingly random) would resize the content elements of the scroll panels to a size of 0px. I ended up with forcing those content elements to stretch out and fill the entire scroll panel through code, which seem to have fixed the problem. I just feel that it was a quirky and unnecessarily weird way to have to solve it. 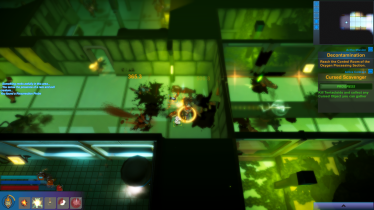 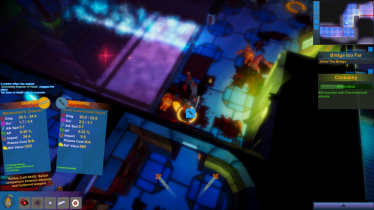 The default attack-button has been changed to the left mouse button, simply because it is a more common button for this action,
Opening the Game Menu during a session will now pause the game
If the player is attacked while teleporting to a safe-zone the teleporting will now be cancelled
Dashing/Dodging now cost 10% of the player’s max energy value
Improved Camera zoom behaviour, including auto-zoom settings.

Changed large parts of the UI, all UI is now better adapted for various screen resolutions aswell. Fixed alot of issues and bugs that the UI suffered from previously.
Improved and optimized Message Box and Log Manager behaviour

Improved map loading procedure, and slightly more feedback for the user while a map is loaded 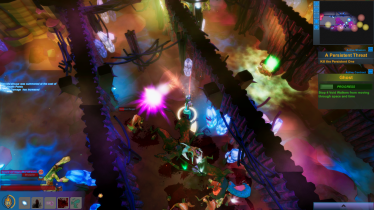 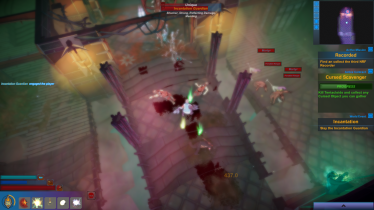 And on and on… I’ll spare those of you who aren’t interested in every little detail the pain of reading through the entire Update Log, but in case you wish to know it all you can find the full log over at the LBKR website!

Don’t forget to download the LBKR v2.32 full game, completely free to play with no in-game transactions and you’re welcome to follow me on Twitter if you’re interested in updates regarding my other projects or possibly future updates for LBKR if needed or desired!

Last but not least, thanks for showing interest in LBKR!

Two steps forward, One step back

Hello again! I thought I was one with all necessary coding for the upcoming update 2.32 for LBKR about two weeks ago, so had put it aside, spending the...

Hello again! Been about a year since I last updated Loot Burn Kill Repeat, but after I played it for a bit again I noticed a quite large pile of things...

Hello everyone! This is the 50th post I write regarding LBKR updates, releases and plans, unfortunately it might be my last one aswell, atleast for any...

As I mentioned by the time of the 2.30-release of LBKR work on a DLC has already begun, furthermore there is an update of the main game coming up aswell...

I decided to give this game a shot but ran into a couple of issues; hopefully they can be resolved by the developer.

The win download (.rar file) was extracted and launched without problem, however, after creating the profile the game would not play. Tried creating multiple profiles with different characters. Error log shown an exception thrown when it was not able to find the "CharQDB.xml" file.

Suspected a failure to read due to permissions, elevated permissions which still failed. Checked file location, determined file does not exist.

Went with the win installer download (.exe file) which installed properly, however, the data folder is not named properly by the installer and required renaming to show the version (230) for the game to detect it. Identical profile issues with win installer as win download when trying to start game after profile creation.

At this point, I simply uninstalled and gave up. The uninstaller does no housekeeping by the way, I had to delete the data folder and profiles manually.

I've now uploaded an updated build of 2.30, Installer excluded- I've not yet had time to fix the issues you pointed out with it but as soon as it's done I'll have the installer uploaded as well!

Thanks again for notifying me about these problems! Much appreciated!

So the current error resides with version 230 failing to create "CharQDB.xml".

Thanks for notifying me about this and for investigating the issue!
I will look into this ASAP and hope to have a fix release in a few days

hey, any possible way i can get a hold of this? seems pretty epic.

Hello!
The game is available to download both from here on iDB aswell as on the LBKR website ( Lootburnkillrepeat.wordpress.com )

As far the 2.26 update I estimate it will be released sometime in mid- or late May this year. 2.26 has been in development since November 2017 so by now there's been loads of changes, fixes and updates- and gameplay tips, hints and tooltips have been greatly improved to help new players so stay tuned! :)

hey hi, how play the game i can't launch one party and what is " token "? when i log me i can't in the game

Hello.
The left part of the login-menu is there if you wish to log in with your GameJolt account Token. If you don't have a Gamejolt token you can still play the game by not loging in and instead simply click "Create Character" and setup your new character.

when i log in with my account that say: wrong username or token and if i wanna launch in offline mode, that do nothing and when i create a new character after i have this

and i can do nothing

Press the "azultain" button from the profile list (middle window) and then press the button "Load selected profile" :) and it should work.
From there on, simply click the "Play" or "Tutorial" button.

I will try to make the main menu less confusing with the GameJolt login stuff for the next update! :)

that don't run when i do that ! nothing is happening

Thanks for notifying me on this!
I did some debuging and noticed just now that the GameJolt login breaks Data saving, if no profile already exist atleast.

It seems like I've forgotten to do some checks if the directory in which the game saves all the data to exists or not for the GameJolt config file, which in return breaks the game's Save/Load functionality.

Try restarting the game and create another new character, this time don't sign in with GameJolt and it should work.
I'll make sure to have this issue fixed this weekend!

That's odd.
Try opening your personal folder (My documents on Windows, home on Linux)
Then go to the folder "My games" from there and delete the folder named "LBKR".
Try restarting the game and Again, create à character without loging on to gamejolt.

If It still doesn't work after that, go to the folder of LBKR and open the sub-folder "LBKR-Data". Look for à filé named output_log.txt and send it's content to me in a PM. :)

still don't run, ok i send you that

Thanks! I Will have this problem fixed within the next 24 hours :) sorry for the inconvenience

Down In The Dark Hack 'n' Slash