Talking to our “Environment Artist” Kevin Eriksen about the new created shaders for the game.

Hello there, “Kept you waiting huh?” like a certain stealth game, we were missing for a while. Although we never stopped working, as in this year we gear up get even more done. We apologize for being gone so long, there was just a lot of shuffling and reorganizing behind the scene that needed to be done. One of the projects was an overhaul to the shaders used in the game. 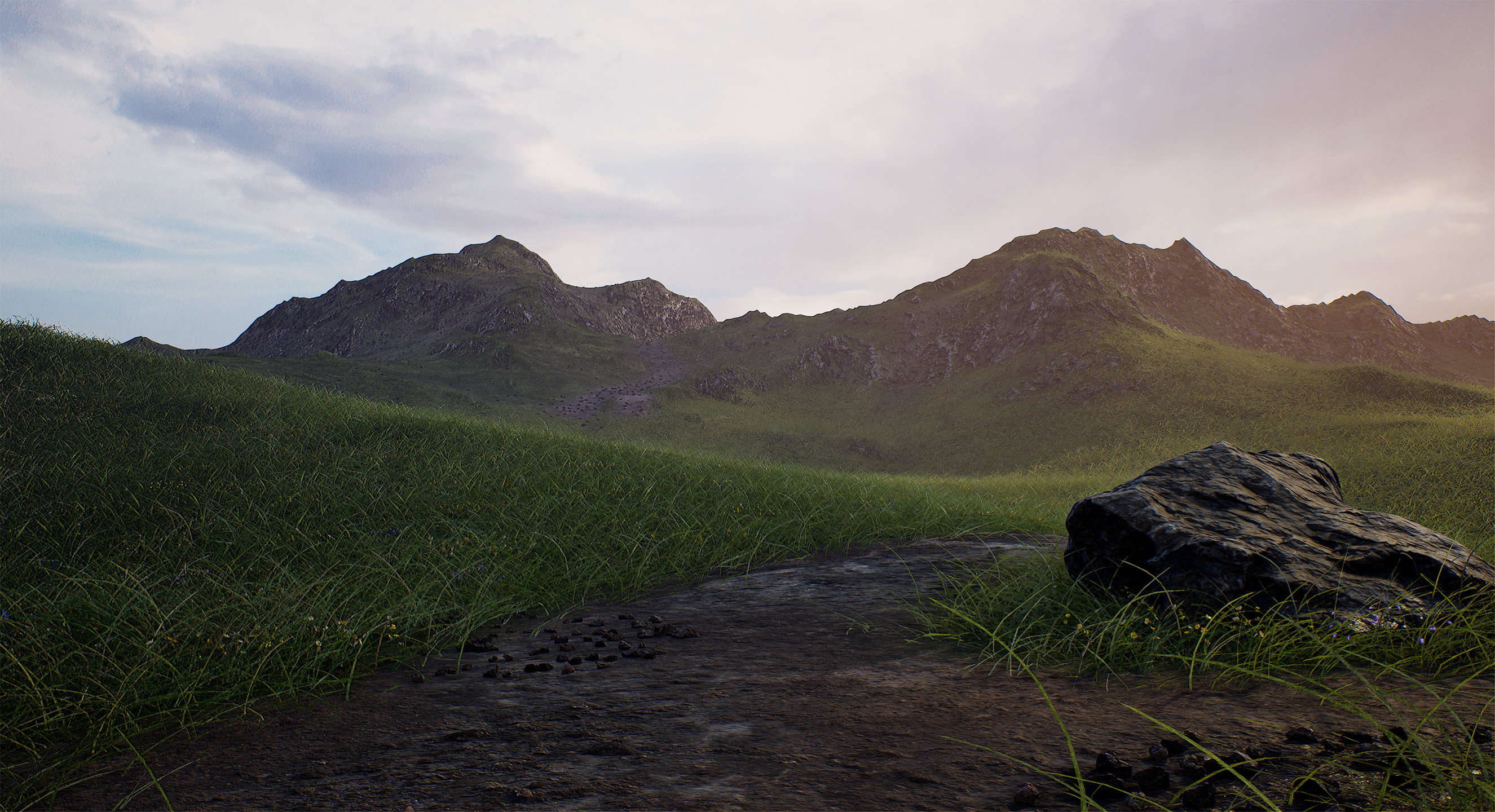 This is just a test map but I got to talk our “Environment Artist” Kevin Eriksen created the shaders he stated “I created the old shader 3 or so years ago, and it just doesn't live up to modern standards of performance and graphical fidelity. This time around I've focused a lot more on the looks and the underlying mechanics, resulting in a far more robust material with more than double the performance gain. 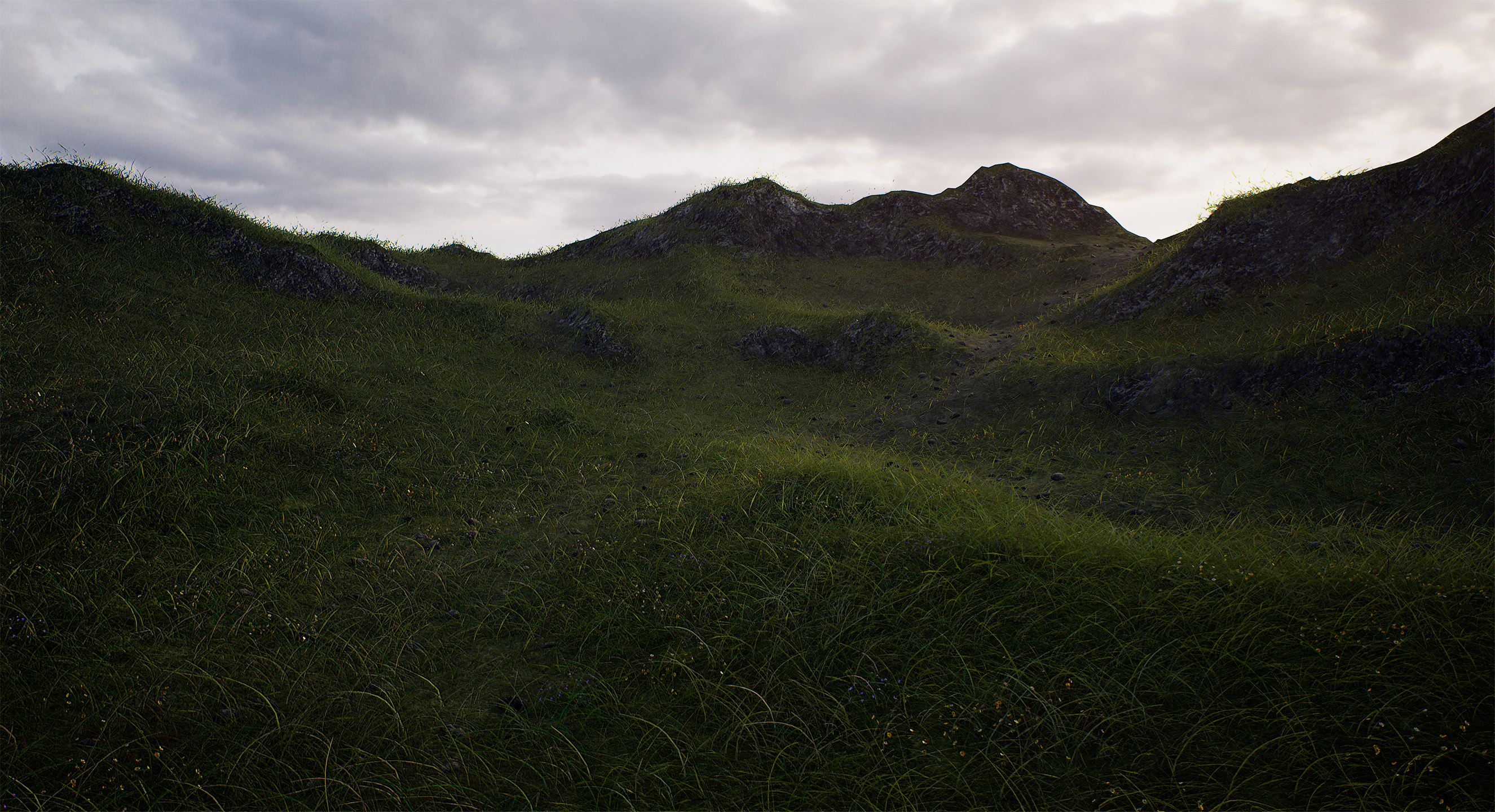 When also asked a simplified explanation he said If we compare the looks of the landscape to a car, the shader would be the parts under the hood making the car run , So old material = ugly old car that runs bad.” Well I guess from the photos our “car” is running like new! 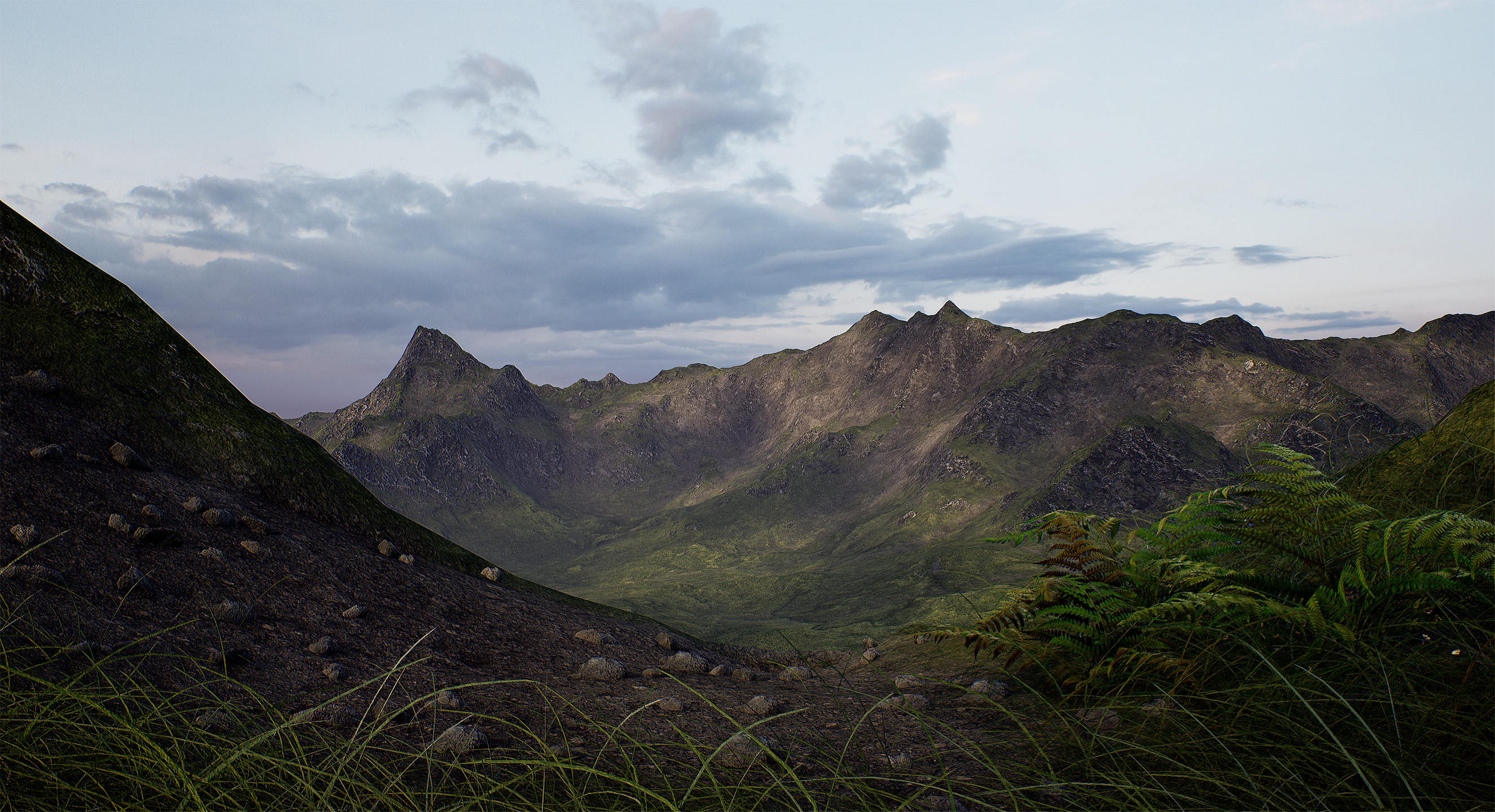 He ended by saying, ”Not only has the terrain shader been completely re-done, but I've also redone all the textures - and I'm currently working on new shaders for all foliage and other "natural"assets.” 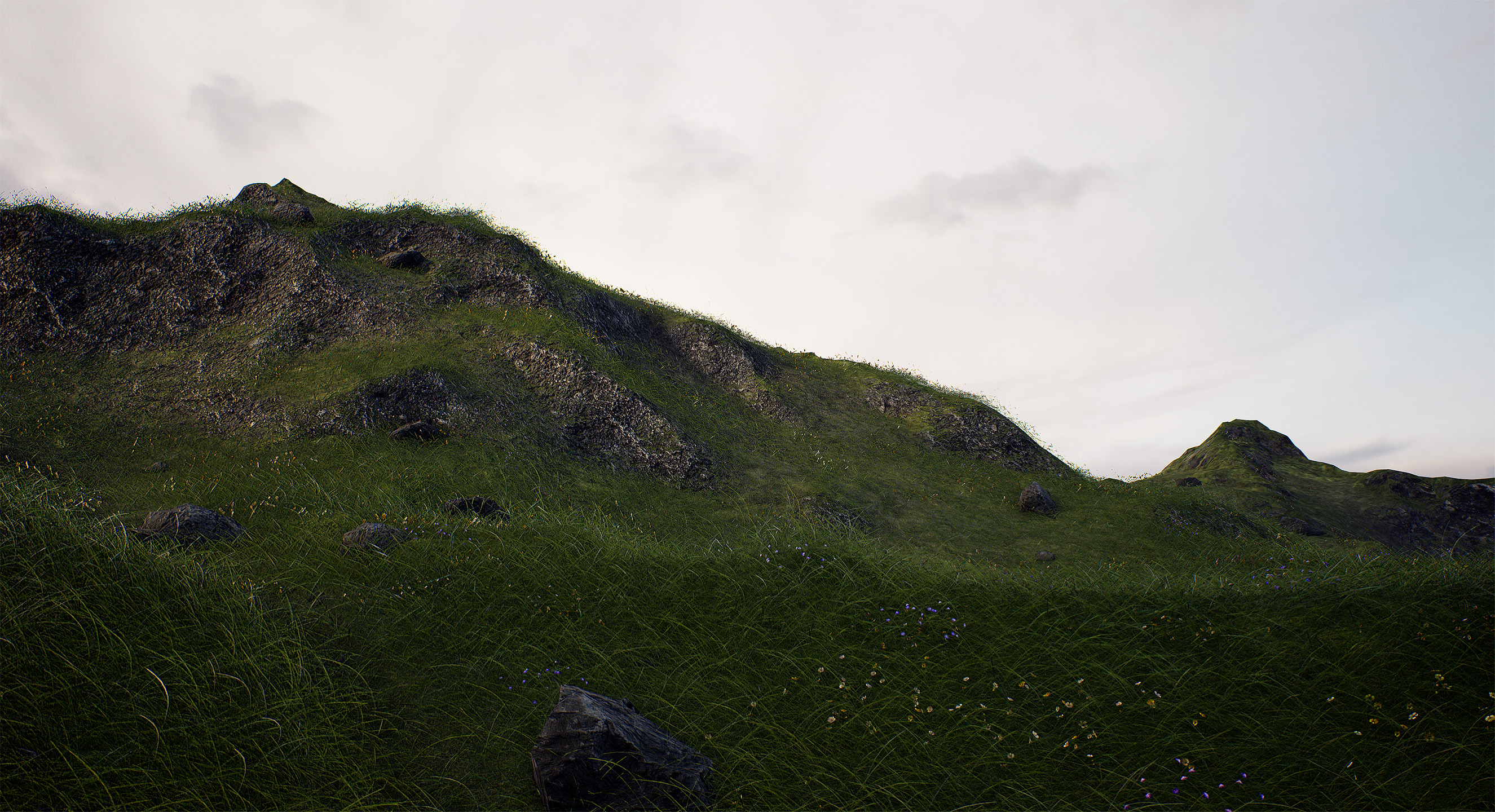 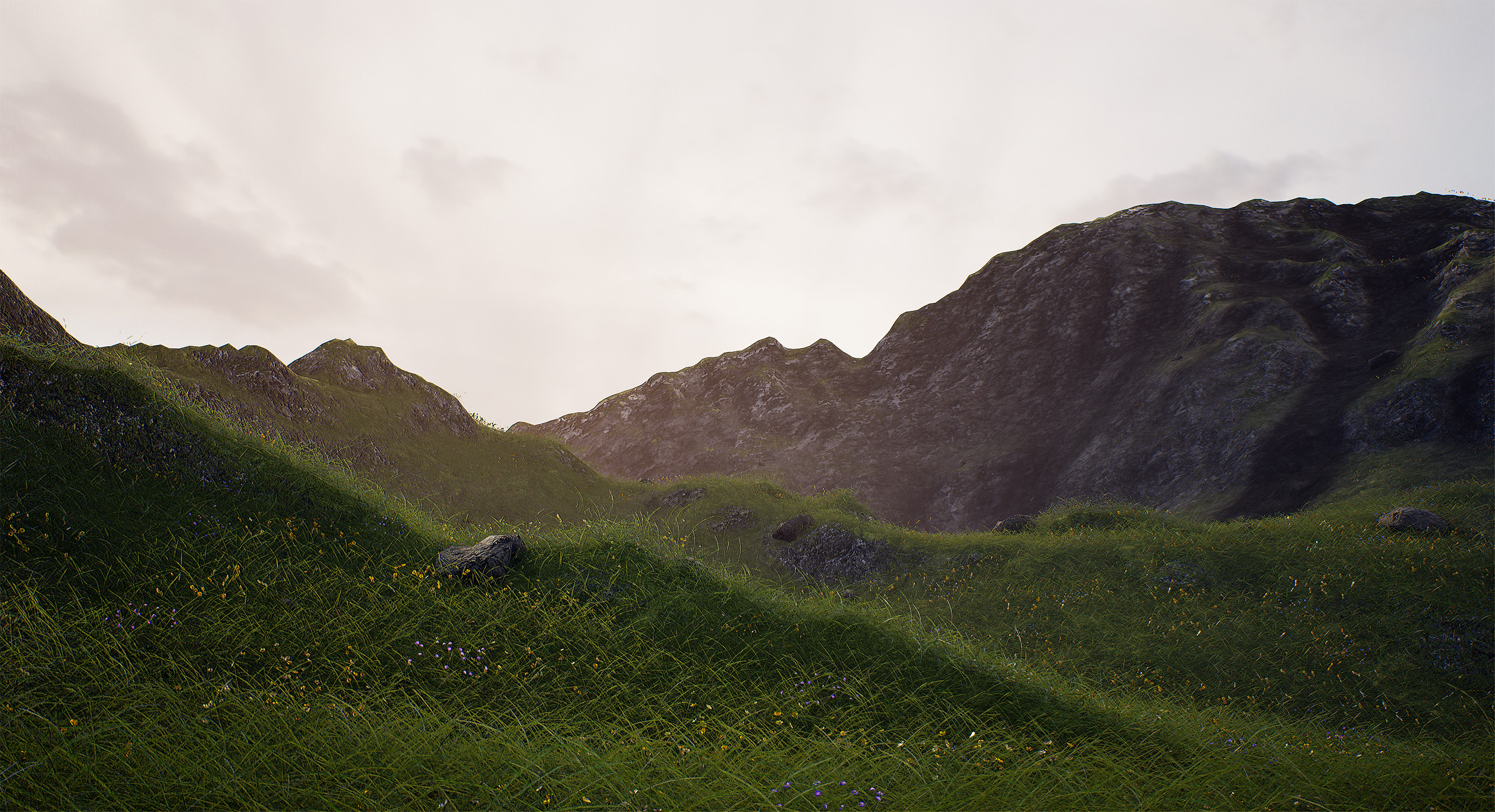 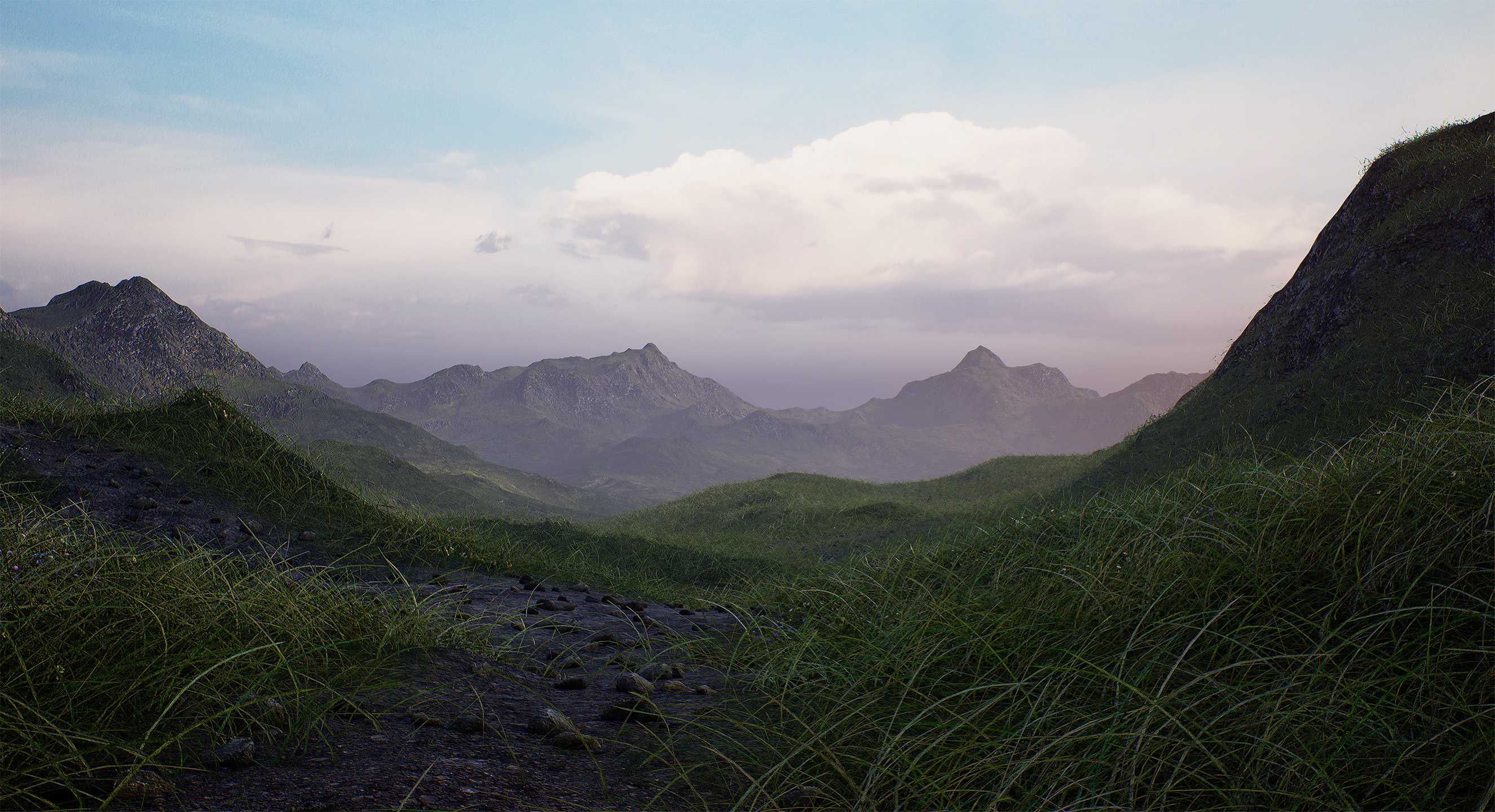 We wanted to start the year showing you all something great, it just took a little time. Thank you all for being patient with us and see you all here again in two weeks with another update.

Loving the look of the grass, flowers, and mountain scenery

i want to see how they add trees/buildings there <3

You will be seeing forests, don't worry. We just want to make sure they look really good for you guys! :)