Today we’re got another video and a section of lore surrounding the deadly Ika Drones in the Pre-Alpha Combat Tech Demo.

Hi everyone, Today we’re releasing a section of lore surrounding the Drones in the Pre-Alpha Combat Tech Demo.

Designed to assist Pioneer candidates in training for the Pharus 7 mission, once on the planet, these drones will able to be deployed as robotic support, assisting players in a variety of situations.

Designed to mimic the aggressive behaviour of the Ika, instances of the Synthetic Ika (SI) Drone will be integrated into training simulations to ensure that Pioneer Candidates gain the necessary experience for deployment to Pharus 7. In these simulations, the drone is designed to target both the Eden Kit and attack candidates directly, destroying any structures that obstruct its line of fire. This behaviour has been observed as the primary tactics of the Ika, a creature thought to be drawn to the energy of the Eden Kit and is capable of de-materialising its surroundings.

Individually susceptible to the RMD abilities, the SI Drone is designed to attack in groups of three or more, mimicking the swarming behaviour of the Ikas. Agile in flight, the drones can quickly relocate to dodge attacks and maneuver around obstacles. Reinforced panels and Teslinium-assisted engines allow the drone to perform aerial attacks, bursting forward to ram moving targets with a powerful force. It will attempt to navigate around its target’s line of sight and attack from behind or above, favouring surprise attacks. 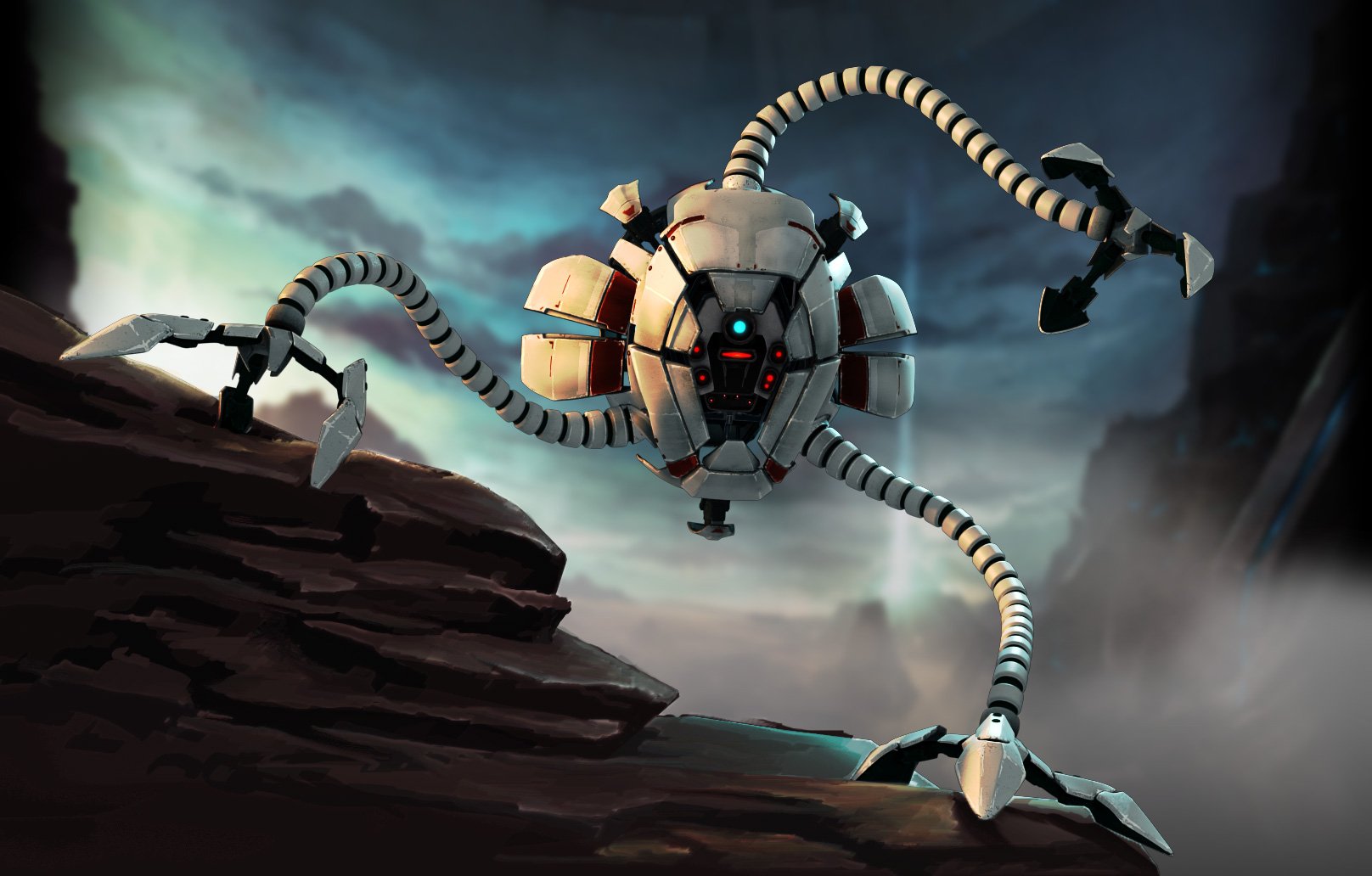 Designed for a similar environment to Pharus 7, the drone’s claw-tipped limbs provide a tripod of support on rocky terrain and allow it to maintain stability when aiming and firing. Armed with Tesudo Corporation rail-tech weaponry, the drone is capable of causing great damage to, and ultimately destroying materialised structures and the Eden Kit itself. The drone will also target Pioneer Candidates with this weaponry. Such aggressive behaviour is intended to equip Pioneers with the necessary skills for the mission ahead, adequate Eden Kit defence is crucial to its success.

Due to its suitability for the environment of Pharus 7, the SI Drone model is a prime candidate for program adjustment and deployment as Support Drones to assist Pioneers on the planet once training is complete. Other drone models are being evaluated for their suitability to the mission. A suitable ally command interface module for RMDs is being designed to allow Pioneers to have greater control over all types of robotic allies without additional training.
Stay tuned for more updates, we’re working on a few gems!
What drones would you like to have in your arsenal?

Let us know on the forums.Thank you for your support!

I love the way these are animated :D

yup, it's a pretty solid animation, and they look kinda scary as well!