We share two dev diaries about our upcoming Italian Front game Isonzo, and a new campaign event is starting.

A new campaign is live in Verdun and Tannenberg! Which side will suffer less casualties in this month’s campaign? West to East is named after two major offensives that began in May 1915: the Gorlice-Tarnów offensive and the Second Battle of Artois. Both aimed eastward, but only one was a real success.

The Germans intended the Gorlice-Tarnów offensive to be a relatively minor operation to take some pressure off their Austro-Hungarian allies, but it would turn into a major assault that collapsed Russian lines. The Second Battle of Artois had the goal of capturing Vimy Ridge, and while the French would take the heights, they would not be able to hold them. 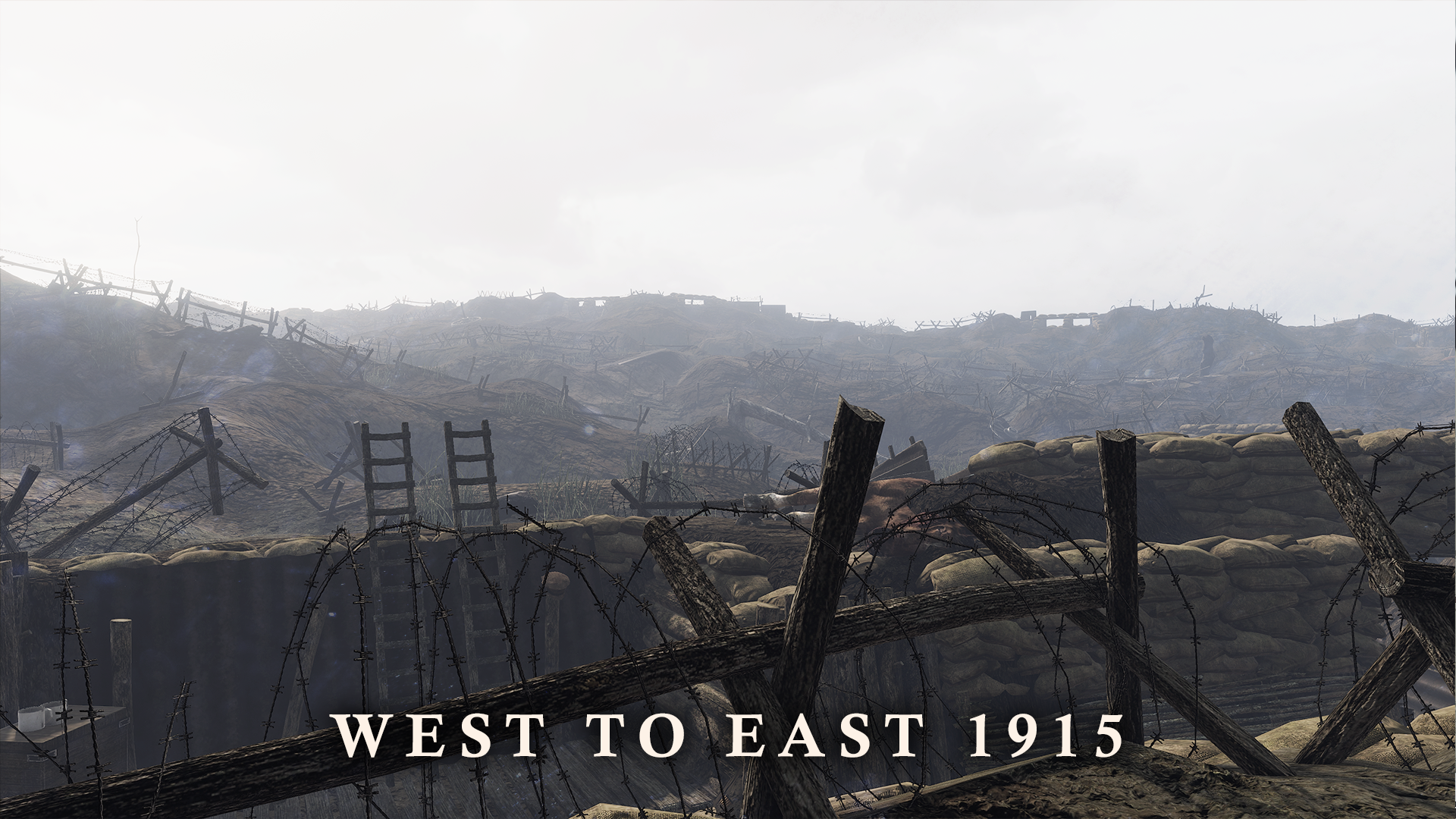 How do campaigns work? It’s fairly simple: all Entente and Central Powers casualties in the Frontlines and Maneuver game modes in Verdun and Tannenberg will be tallied up, and the ‘victors’ will be the ones with least losses. The Central Powers have not won a campaign in a while. That doesn’t mean they can’t do so this time.

We have released two dev diaries so far revealing exciting details about our upcoming Italian Front game Isonzo. The first post was centered on the new Offensive game mode, and how it looks in the Sixth Battle of the Isonzo offensive. Here's a snippet from the full article:

"The Offensive game mode is a multi-map experience where success or failure in one battle will have an effect on future battles! In each map, one team is tasked with assaulting defensive positions and completing a number of objectives. The other team, as you would expect, will try to stop them. The battle progresses through multiple defensive lines: once the attackers complete all their current objectives, the defenders must fall back to the next line, which will have its own set of objectives. 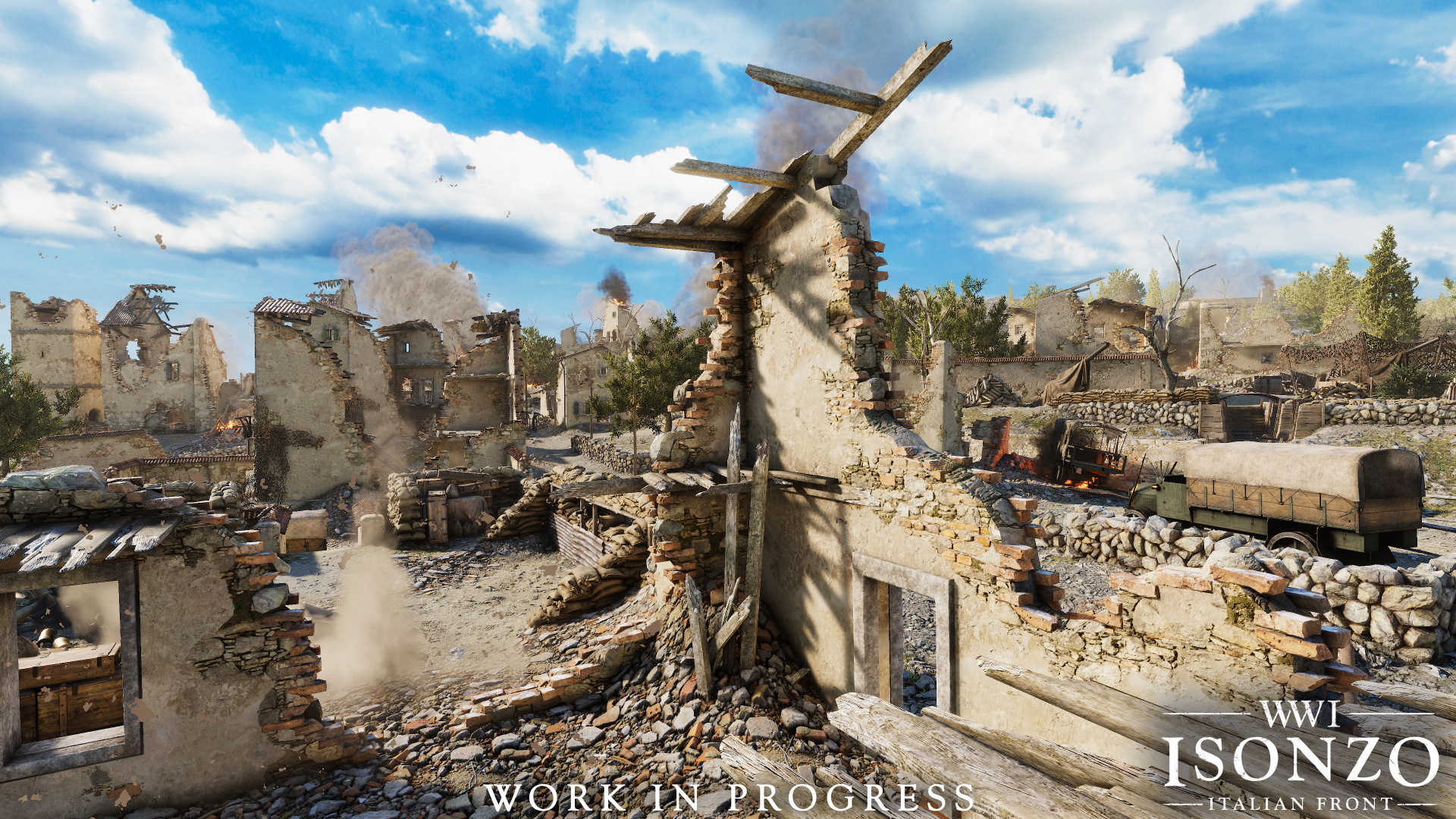 The first Isonzo Intel drop also came with this video of developer Jos on site in Italy:

The second post looks into the challenges of recreating historical landscapes in an authentic way, and what kind of research you need to do to achieve that. Here's an excerpt from the full post:

"Part of our process in representing the Carso landscape and doing justice to the heavy fighting in the area was a visit to the Museo Del Monte San Michele, which stands right on the summit of the mountain. It was an excellent museum with some fascinating virtual and augmented reality tech to immerse visitors into trench life.

The distinctive sharp rocks of the area, which you can see in the WIP screenshot above, were essential to get right. A particular challenge is that in the present day the entire region is covered by forests, which was not the case back then. The curator at the museum explained that before the war this landscape was completely bare rocks, because sheep ate all of the vegetation. Some imagination and looking at historical photos (which is difficult because you cannot see grass or foliage that easily in black and white photos) was needed to derive a good concept of how we should represent the landscape."

Read the first post about the Offensive game mode here! 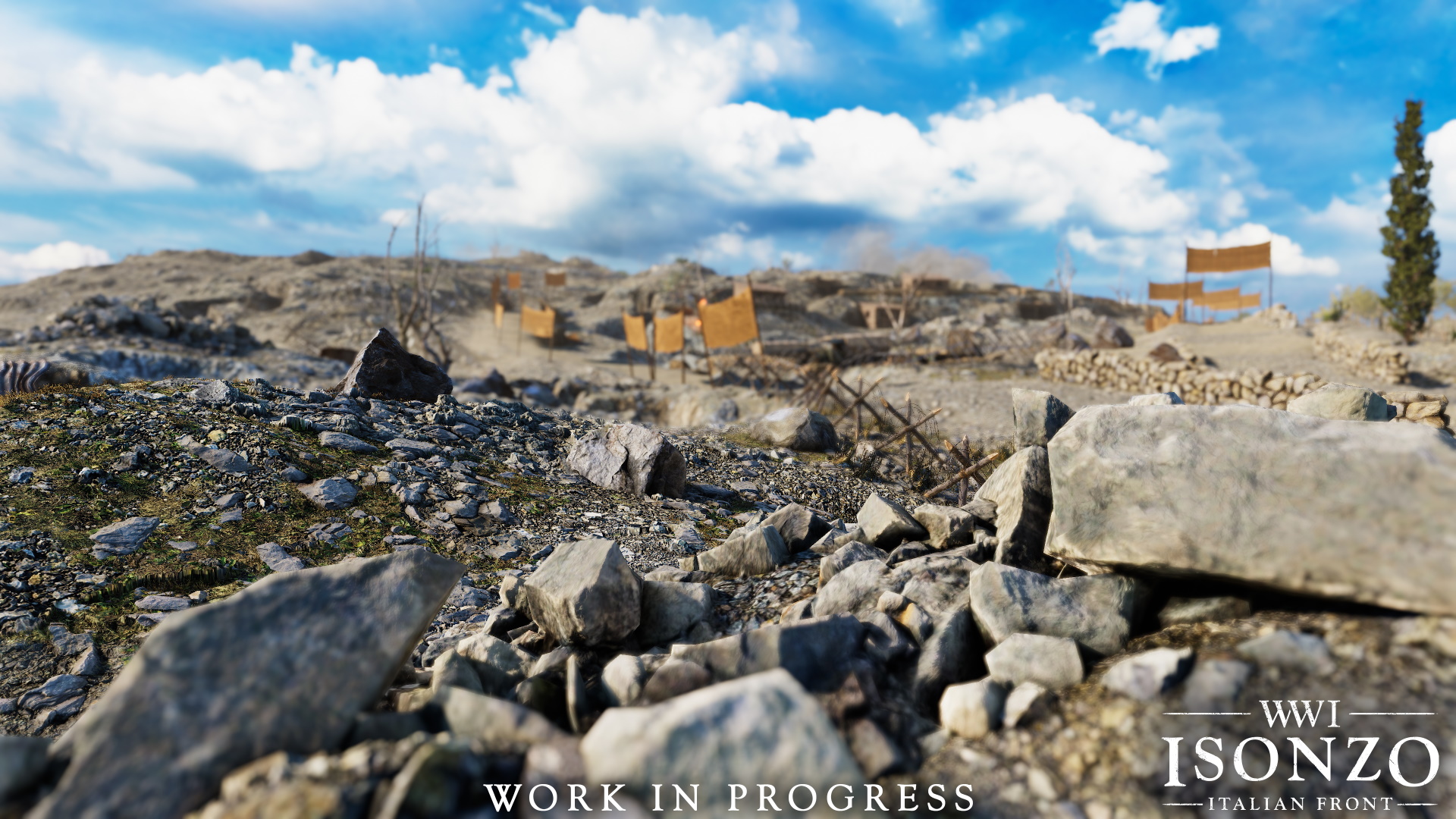 That's all for now! We'll have more Isonzo dev diaries coming up - watch this space...

This is all cool and all, but do any of the three games have any kind of singleplayer, or at least the ability to play against bots? You see, I really like WWI as a setting, but I'm hesitant to buy Isonzo, or Verdun, or Tannenberg because I don't want to buy a multiplayer-exclusive game that may or may not die out in the next couple of years (no offence to you guys, it's just an issue I have with all multiplayer games in general, most mp games I ever had an interest in were either dead before I got to play them, or died soon thereafter), whereas there are very few actually good WWI singleplayer games. So, that's my question. Again, no offense or anything.

Yeah, as Guest says all the games have bots for their main game modes!