Bayonet charges are a staple image associated with the First World War, and while they rarely took the form of wild unsupported charges over No-Man’s-Land, melee combat remained a key element of WW1 combat until the end of the war. It was partly a holdover from older military doctrine that had bayonet drill as a basic skill for soldiers, but also still proved useful even in the age of artillery and the machine gun. 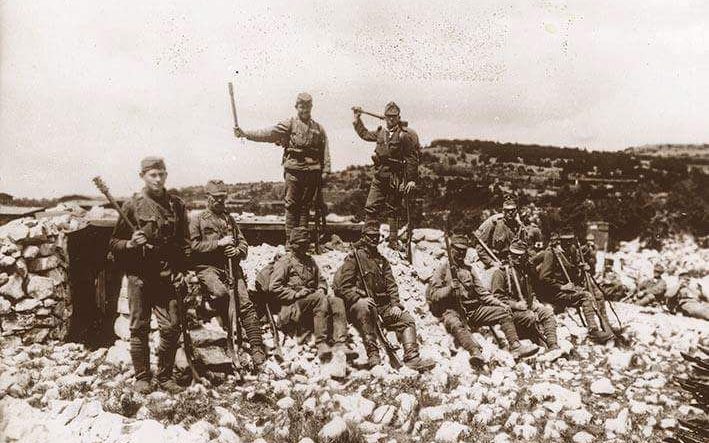 Close combat was so important that many soldiers carried or improvised dedicated melee weapons. Raiding parties,and later specially trained stormtroopers, would use melee weapons (alongside guns and grenades) when infiltrating enemy lines both to stay quiet as long as possible and because it was practical in the close confines of the trenches. When your only gun is a long and heavy rifle with just five shots before you need to reload - not to mention working the bolt between each shot - you can see the appeal of a dedicated melee weapon if you’re planning to assault and enter an enemy trench.

Many rifles in Isonzo are fitted with bayonets, making it easy to alternate between shooting and stabbing. The length of the rifle gives bayonets good range, and those bayonet drills we mentioned above mean that soldiers are handy enough with them for the initial stab attack to be very quick. However, pulling back afterwards is slower, so if you’re facing more than one enemy you might be in trouble. It also makes it important to gauge your distance well - you want to use the range of the bayonet, but if you're too far away you've wasted your good chance! 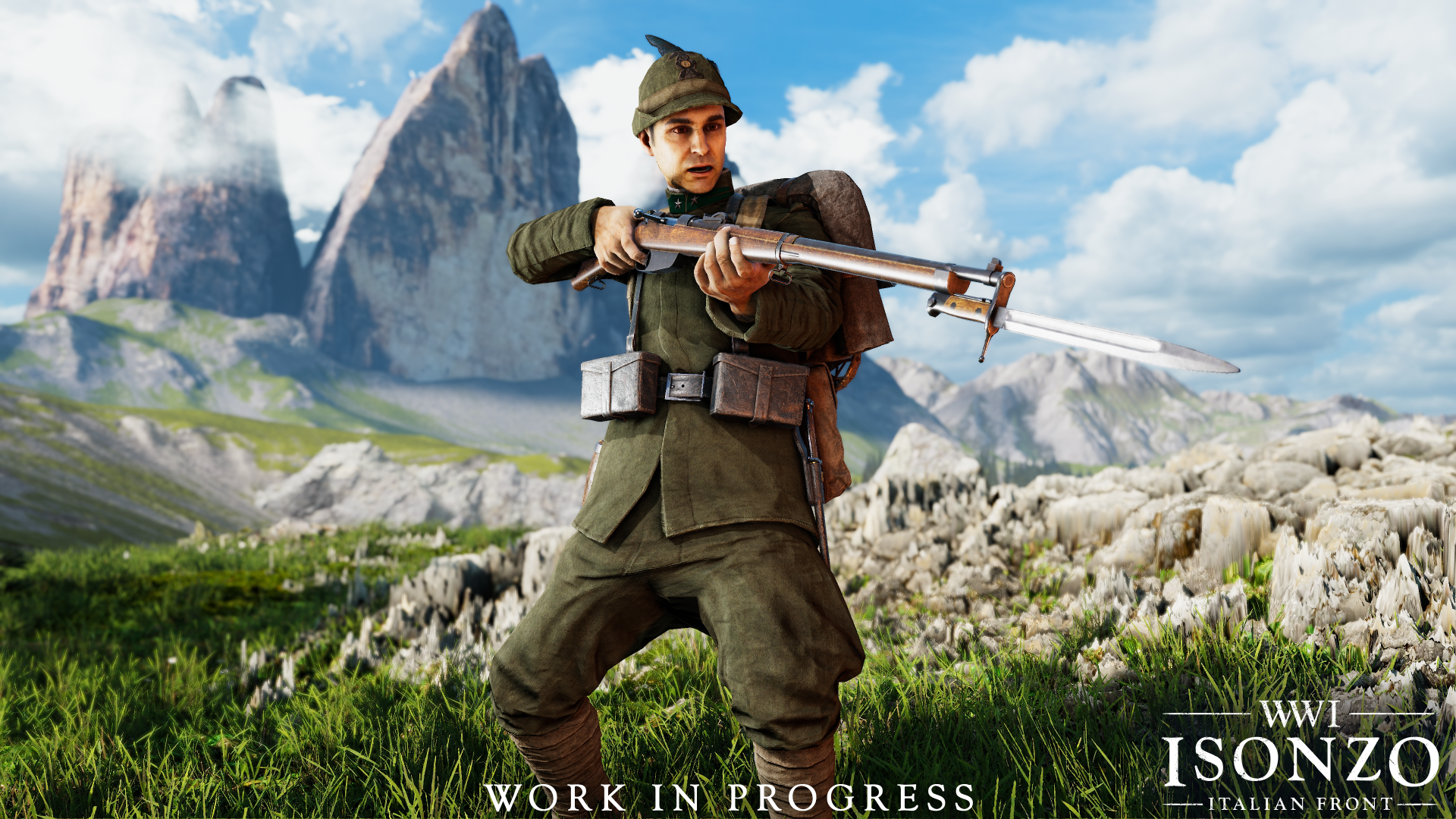 Soldier with rifle and bayonet.

Dedicated melee weapons in Isonzo include the Mountaineer class’s ice pick, Arditi daggers, and trench clubs. They are secondary equipment slot items (so taking one means not having other support items or weapons) and only available for the Mountaineer and Assault classes, but the payoff is deadly melee capabilities. Fast and lethal, if you can catch your opponents by surprise you're almost guaranteed victory. 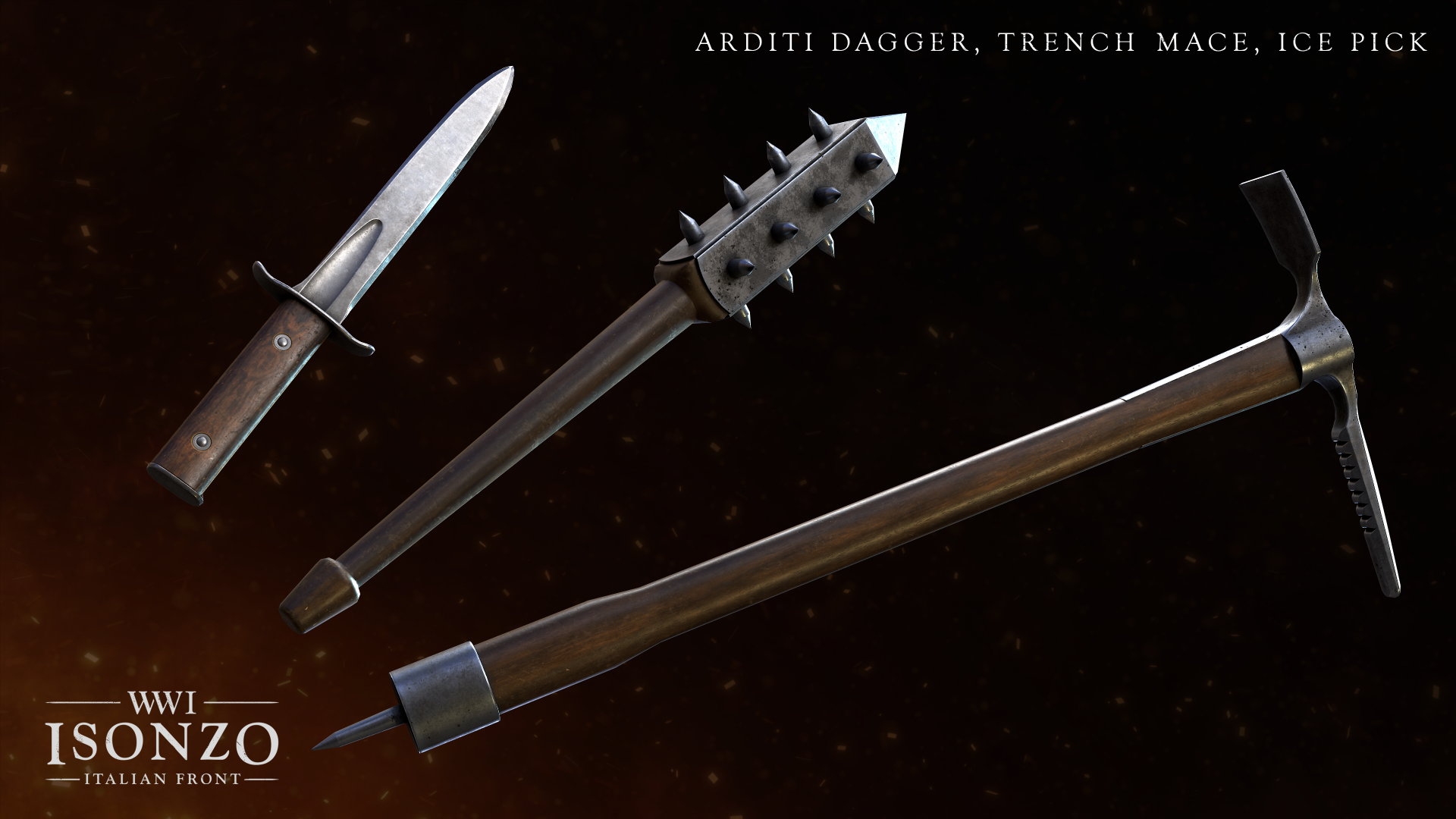 Entrenching Tools
During the war entrenching shovels were common weapons. They’re small enough to be easily wielded in one hand, with a sharp edge meant for cutting roots and similar impediments to entrenchment… but equally good at cutting people. In Isonzo every soldier now carries an entrenching shovel for construction purposes, but they can also be used as weapons. They are slower to attack than bayonets and melee weapons, but they are guaranteed one shot kills. If you don’t have another weapon or a bayonet, they’re a solid alternative - and of course if you’re jumped by an enemy while building something you’ll already have it in hand! 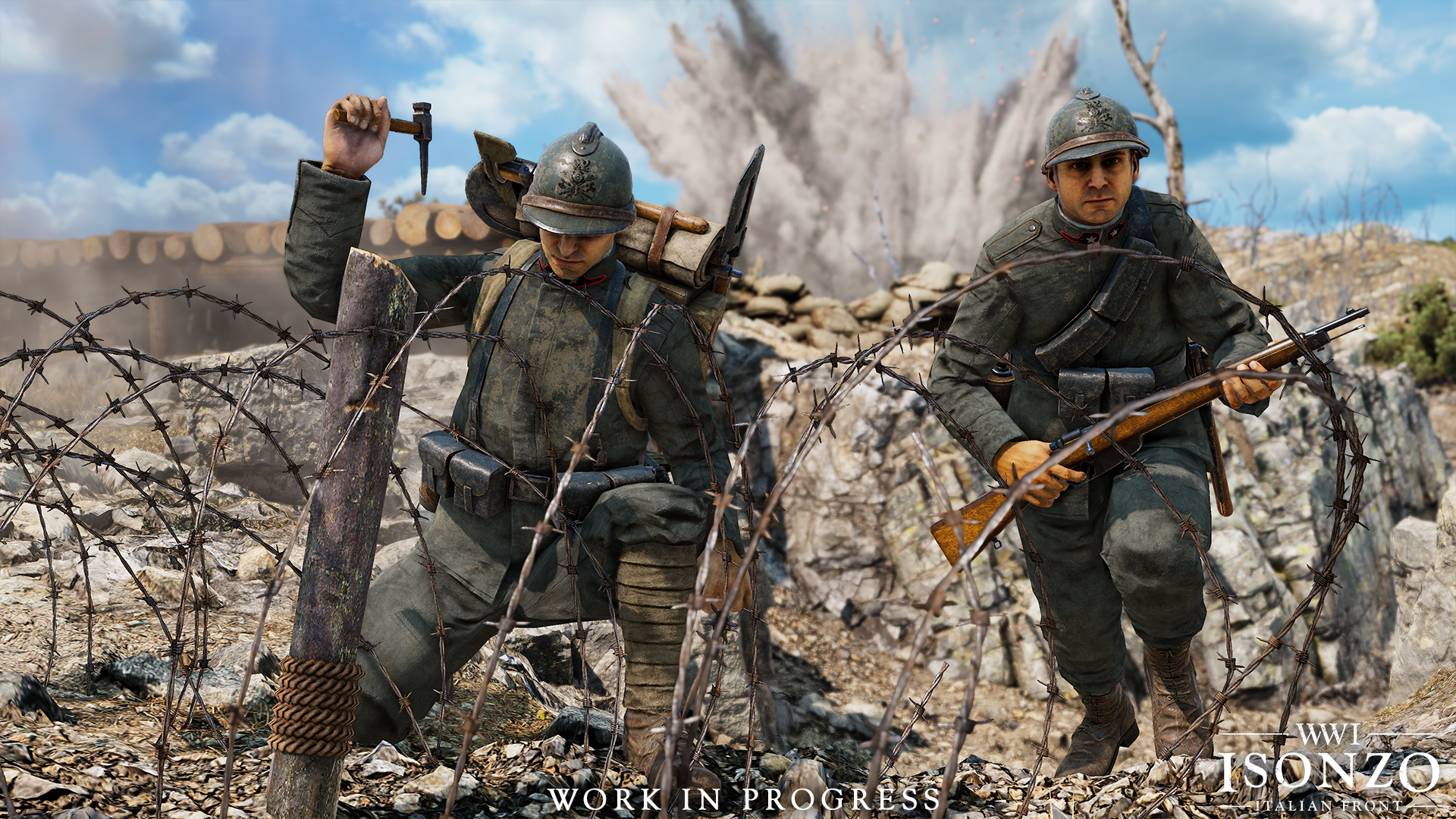 The Italian engineer on the left is using an entrenching tool for its intended purpose!

...Everything Else
You can still melee attack even when you aren’t holding a weapon. Get surprised by an enemy while scoping out enemy positions with your binoculars? By all means take a swing at them, just don’t expect it to be super effective. Still, you know what they say: a decent plan executed right now is better than a perfect plan executed too late!

We'll end today's dev diary with a teaser for the next map we'll be revealing… enjoy!

Isonzo is available for wishlisting ahead of the September 13th release!