Today’s blog unveils a few more of the weapons you’ll get your hands on in Isonzo, and we’re also excited to explain how the new rifle grenades work!

We also have some news to break about Isonzo’s release date. Encouraged by some great feedback from the alpha testers (remember you can still sign up for alpha testing as well) we decided internally that we could make the game even better with a little more development time, meaning we will release the game in Early 2022. Don’t worry - there will be some new footage these upcoming months to keep you just as excited for the game as we are!

Now onto the rest of the blog!

Rifle grenades are a new feature in Isonzo. Prized for their ability to launch grenades farther than they could be thrown, the designs most commonly used in the First World War had some drawbacks - the biggest being that the rod design (where rifle grenades had a rod that was inserted into the barrel of a rifle, and then launched out with a blank cartridge) caused excessive wear on the rifle itself, making it more inaccurate when firing normal rounds. Rifle grenades were also often complex and slow to manufacture.

In-game, using rifle grenades is simple. Pick a rifle with grenades for your loadout, and you’ll be able to equip those grenades by using the 5 key (by default). This involves loading a blank cartridge, and sliding the grenade into the barrel. Your crosshair will change to a ranging indicator, and you’re ready to fire. If you change your mind, just hit 5 again and you’ll remove the grenade from the barrel and eject the blank cartridge.

While you don’t have grenades loaded, the rifle will serve as a regular weapon. Naturally you can’t have a bayonet fitted, since those don’t play nicely with rifle grenades, but you can still use the rifle butt in close combat if it comes to that. 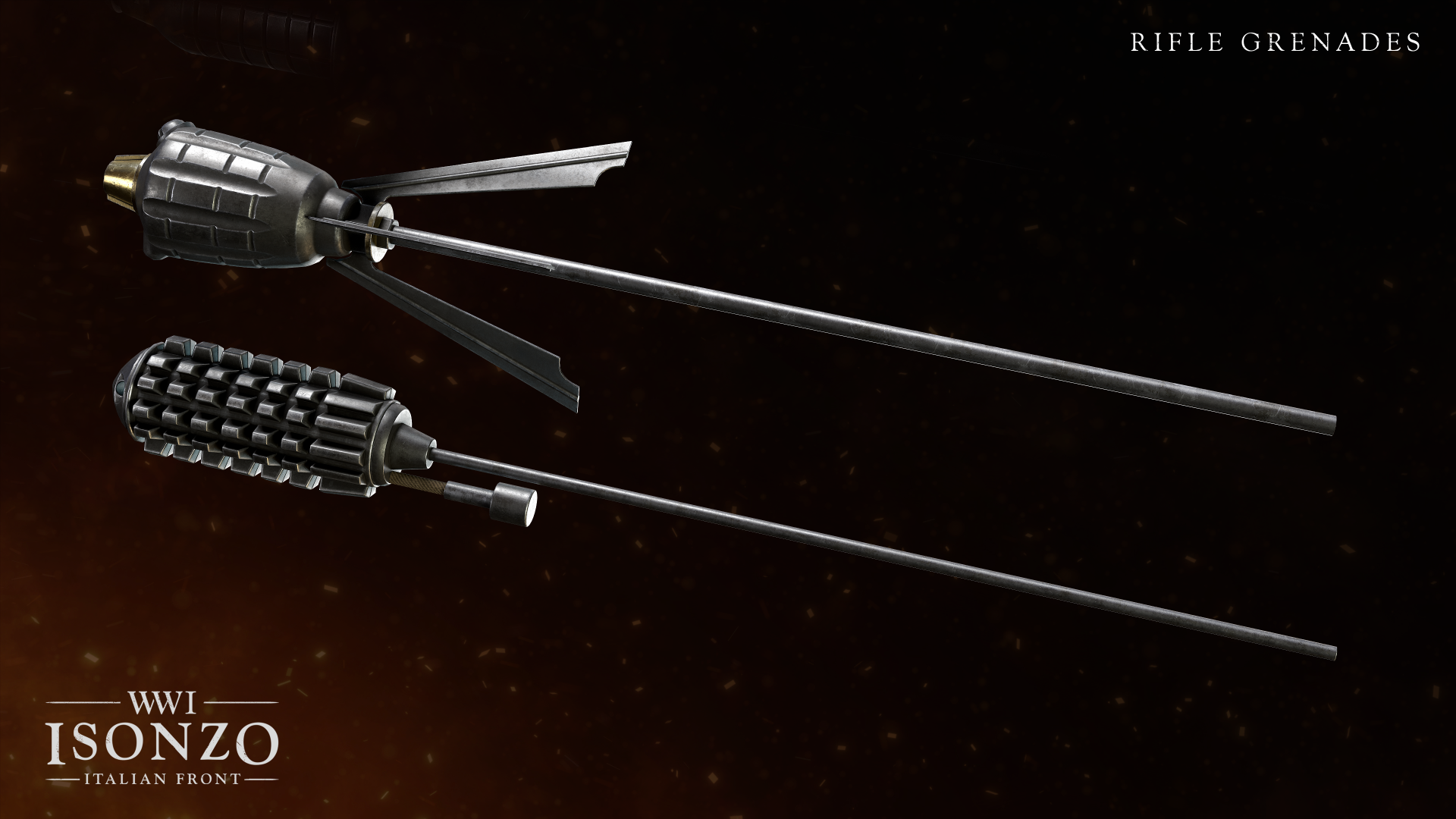 The Benaglia Rifle Grenade makes use of three delicate looking tail fins to stabilize it in flight - a concept you most often see applied to aerial bombs, but which did see use on some specialist grenades, from the US Civil War to WW2.

The Zeitzünder Gewehrgranate shown above is a first variant - the second variant was smooth, without the strongly serrated sections of the version you see above. The goal was probably to achieve more range, but it seems likely that in muddy conditions that smooth version might just bury itself into the ground before detonating.

An interesting piece of trivia - we’ve read that the Zeitzünder might also have had the nickname of Guguruz, which is apparently an Austrian (or possibly Hungarian) word for corn. Assumably the nickname is based on appearance, like calling grenades pineapples. Can any locals confirm or deny this possibility?

Those of you who have played Tannenberg you may be familiar with this one. The Frommer Stop is a 7 round Hungarian pistol that served way beyond the First World War, but was designed two years before it started. It was a solid design, with the only quirk being an unusual long-recoil operation that you more often see in shotguns. This didn’t seem to have much effect on the performance of the gun in combat, however. The name comes from its designer Rudolf Frommer - who would be elevated to the ranks of the Hungarian nobility by Emperor Franz Joseph in recognition of his weapon designs. 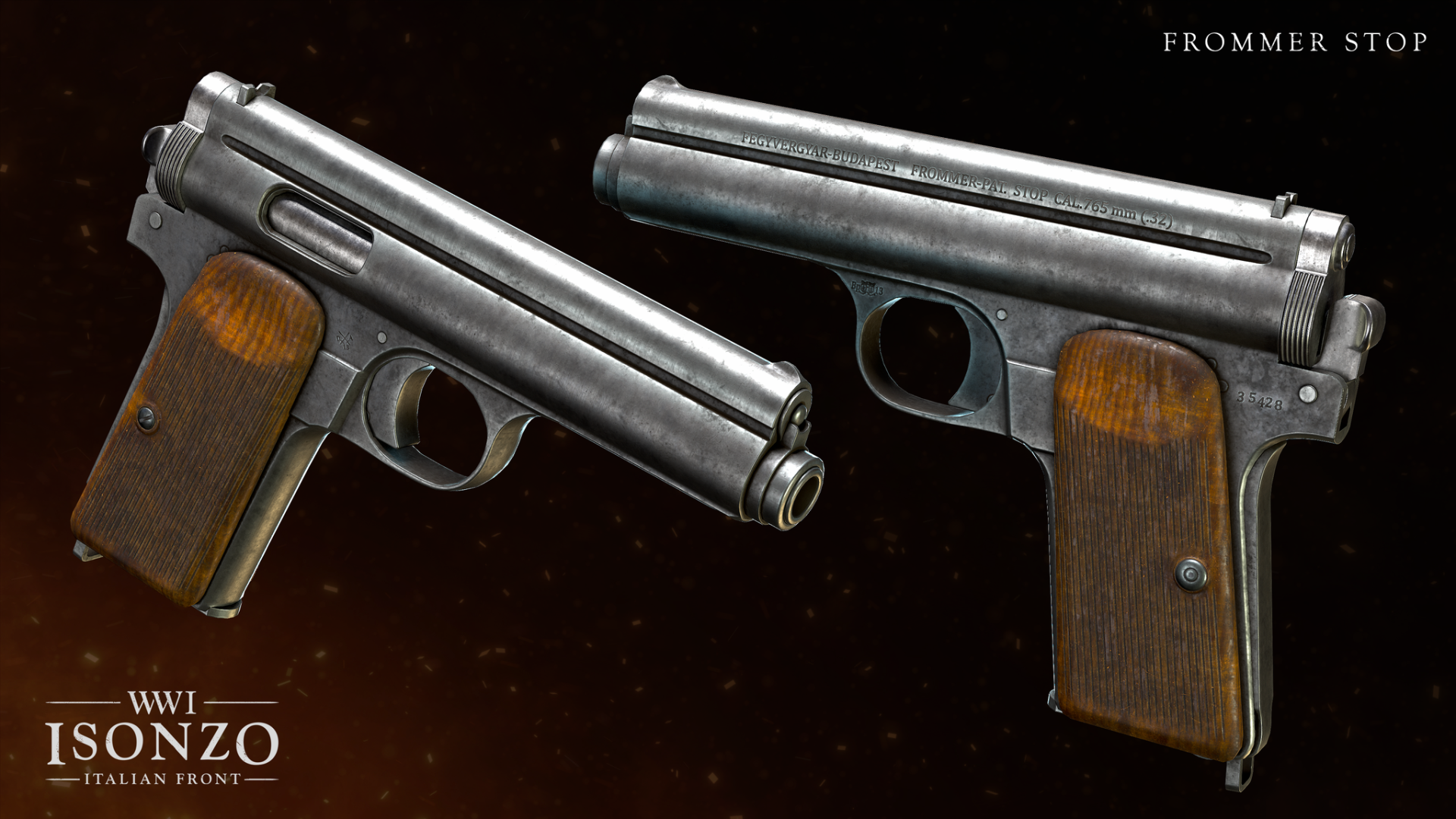 Initially designed for commercial use, it was adopted by the Honvéd, which was the Hungarian army organization within the Austro-Hungarian Empire (vs the Austrian Landwehr and the Common Army overseen by the joint minister of war - remember that Austria-Hungary maintained three separate armed forces).

An army needs more than guns to be successful, and knowledge is power. The importance of recon in combat never changes, whether it’s done via drones, aerial photography, or just with the classic Mk1 Eyeball. In Isonzo some classes (particularly Officers and Mountaineers) will be able to bring binoculars with them to get a better view of enemy positions. 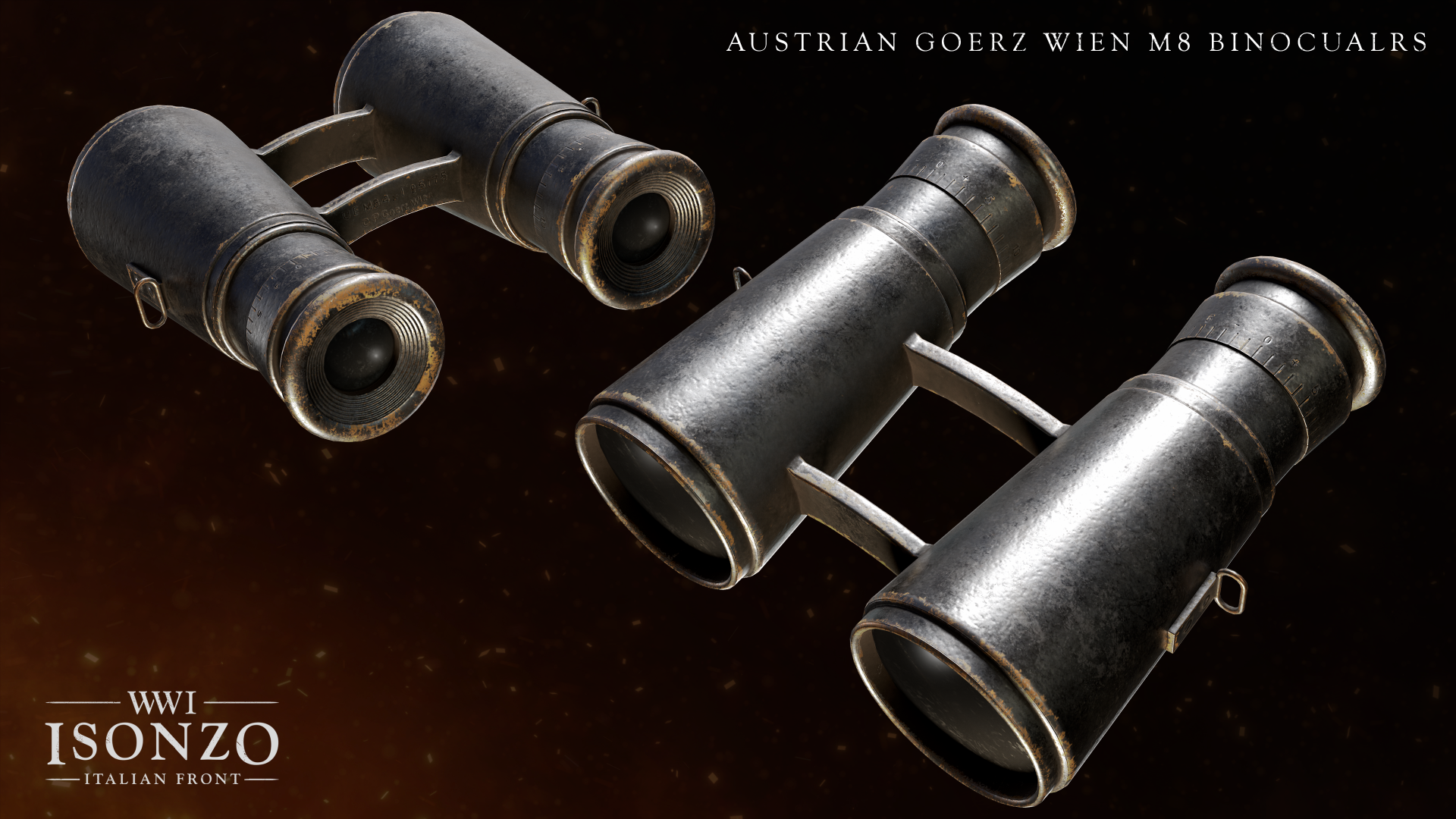 This particular pair of binoculars was made by the German CP Goerz company, a leading manufacturer of military optics. In 1908 they opened a branch in the Hungarian city of Pozsony, which is where the Goerz Wien M8 binoculars would have been produced. The M8 is a reference to the year this model was introduced.

Also, you called it on our last entry’s teaser - it was the Hebel Model 1894 Flare Gun! We won’t reveal exactly how they work yet, but needless to say you don’t use these guns for shooting enemies. 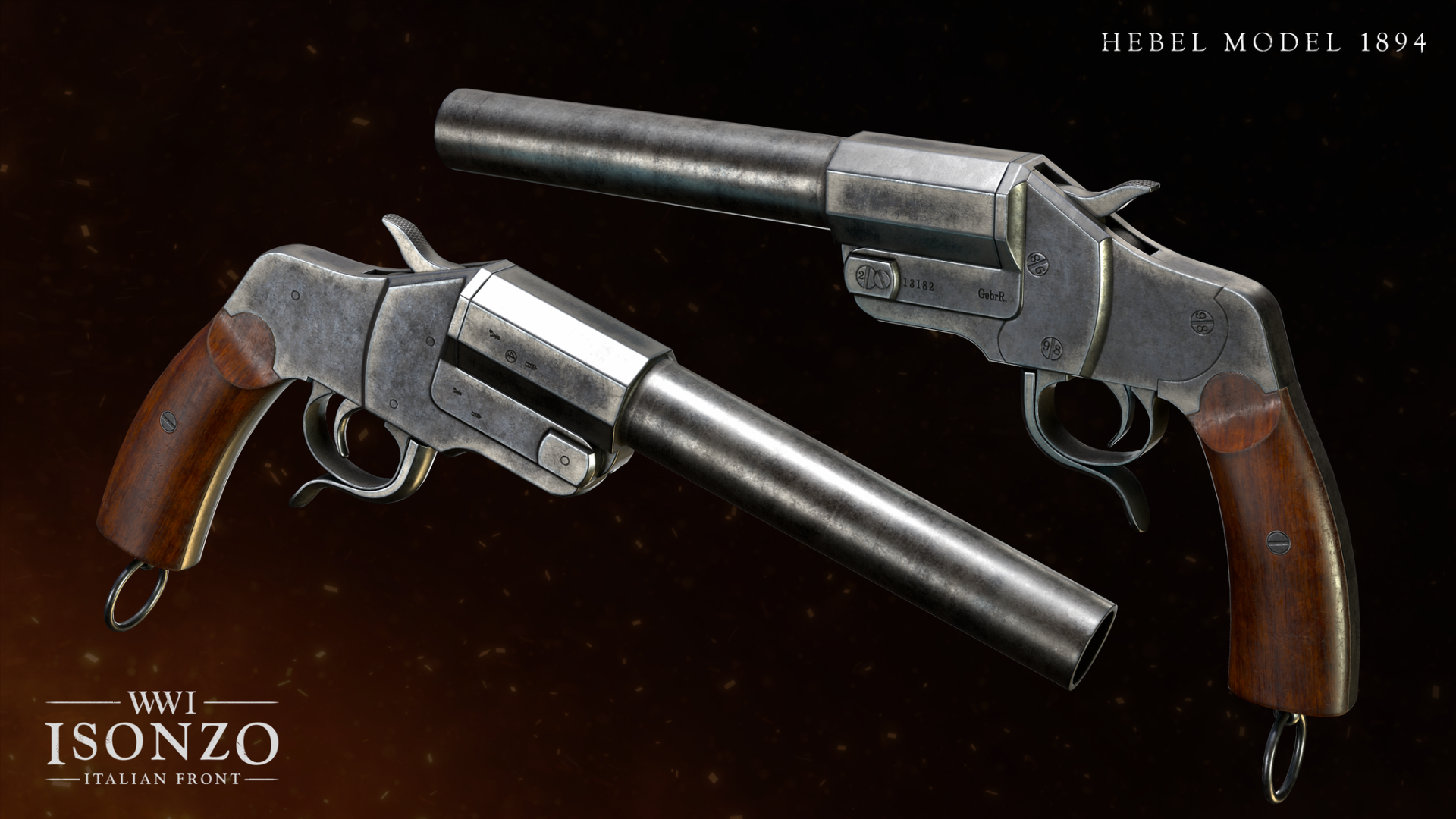 The Hebel Model 1894 began production in (surprise) 1894, and immediately went into service. It would see extensive use by the German army until 1918, and proved to be accurate, reliable, and without excessive recoil. After the war, Belgium received a large number of Hebels as reparations, and they would go on to produce their own in the lead up to the Second World War.

Next time we’ll be telling you more about the different classes that we talked about in Dev Blog #5, with more details on each class - what their role is, and what historical units they represent in each faction. We can’t wait!