Space Station Continuum was at the Insomnia Gaming Festival last weekend. Here's how it went.

This past weekend I was at the Insomnia Gaming Festival in Birmingham, UK, showing Space Station Continuum in the Indie Zone. This year's Indie Zone was hosted by the excellent guys & gals at Payload Studios - creators of TerraTech.

My journey to Insomnia began way back in November with an optimistic application to have my game featured in the Indie Zone after reading about it in a tweet. Perhaps all the time I spend on Twitter isn't completely wasted after all! Back then I was very much in the ugly prototyping stages of development, so the demo and screenshots I sent with my application weren't the best. I wasn't holding out much hope, but to my surprise I was contacted in February to say I'd been accepted! I quickly ran through a roller coaster of emotions that began with excitement and ended with the terrifying realisation that now I actually needed a working demo, and I only had one month to build it.

By some miracle I managed to pull this off, and before I knew it I was driving up to Birmingham to setup the day before the show. After getting more than a little bit lost finding my way around the back of the NEC, I arrived to find the HUGE collection of Indie games signposted by the signature inflatable tentacles of the Tentacle Collective. 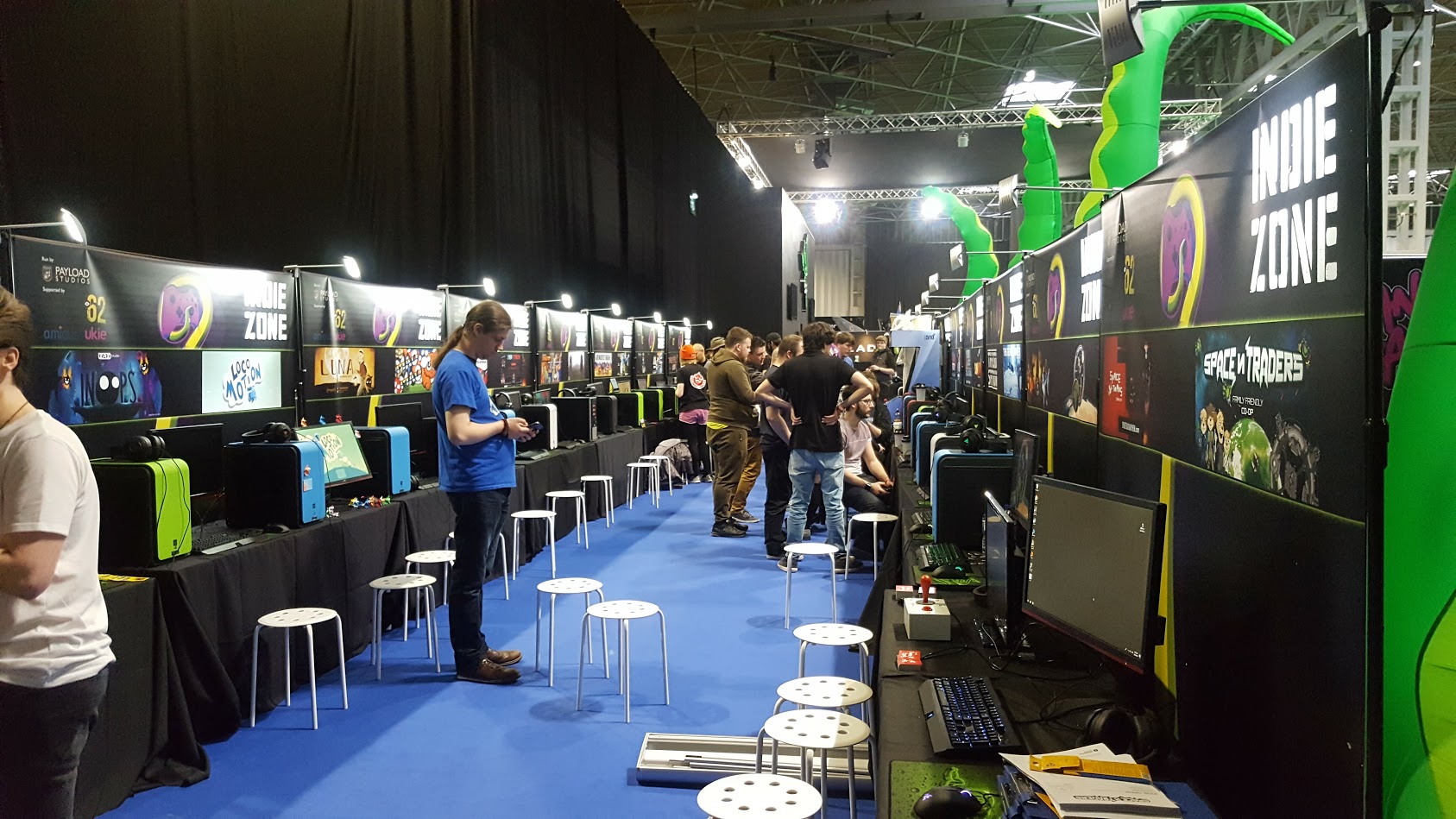 A lot of the other developers weren't there to setup at the same time I was, so I didn't get to say hello to too many people yet, but that did mean I was able to dive right into installing the demo and praying that it worked. 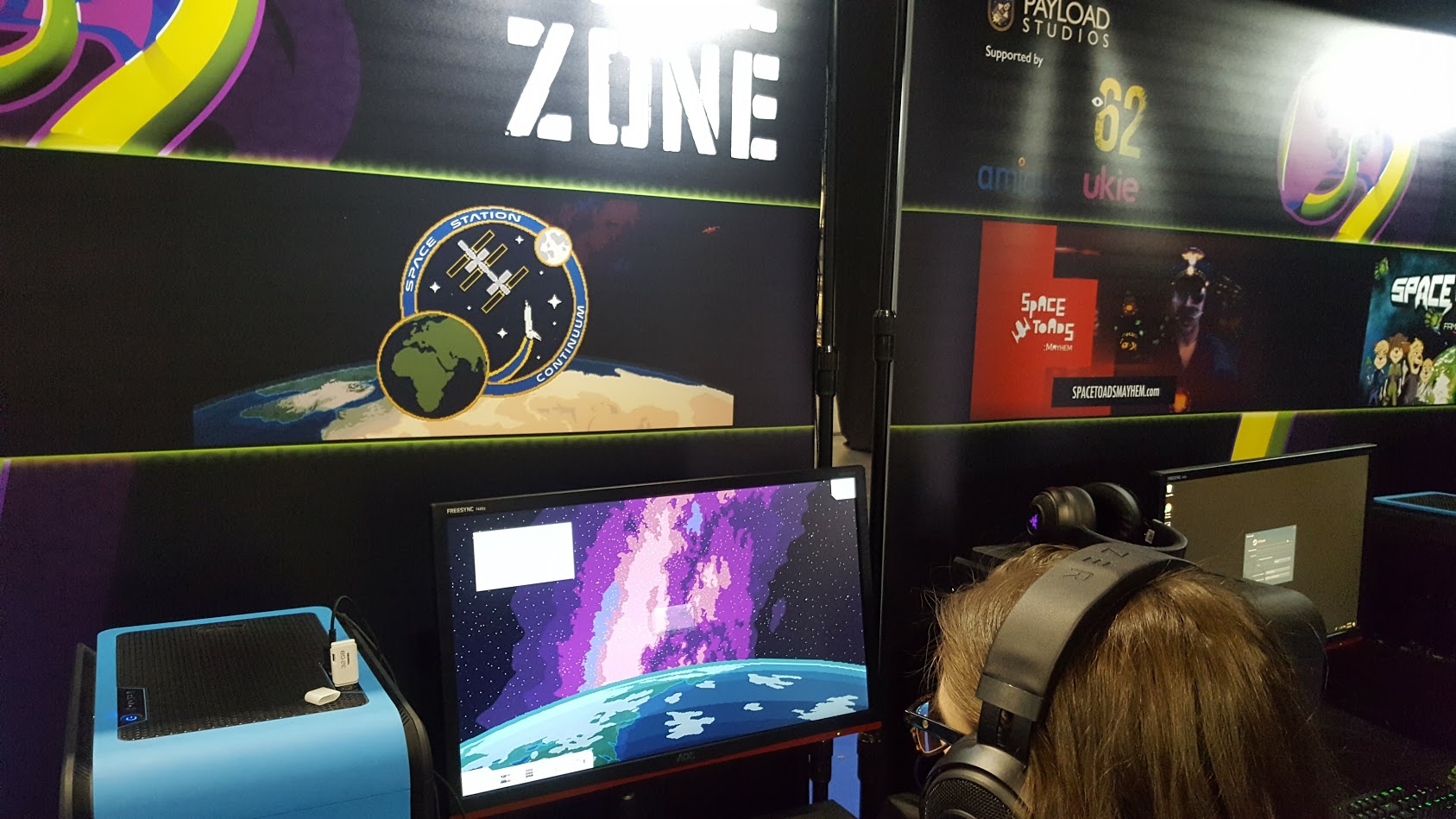 Success! The demo worked, was relatively bug-free, and it looked great on the AOC monitor provided for the show. That was pretty much it for Thursday. I was staying with a very generous friend near the venue for the weekend (thank you Vesna!) so I didn't have far to go to get an early night and prepare for the opening day ahead.

Friday started bright and early - arriving at the NEC an hour before the doors opened to make sure nothing had broken overnight, and cover every available space on the table with badges. 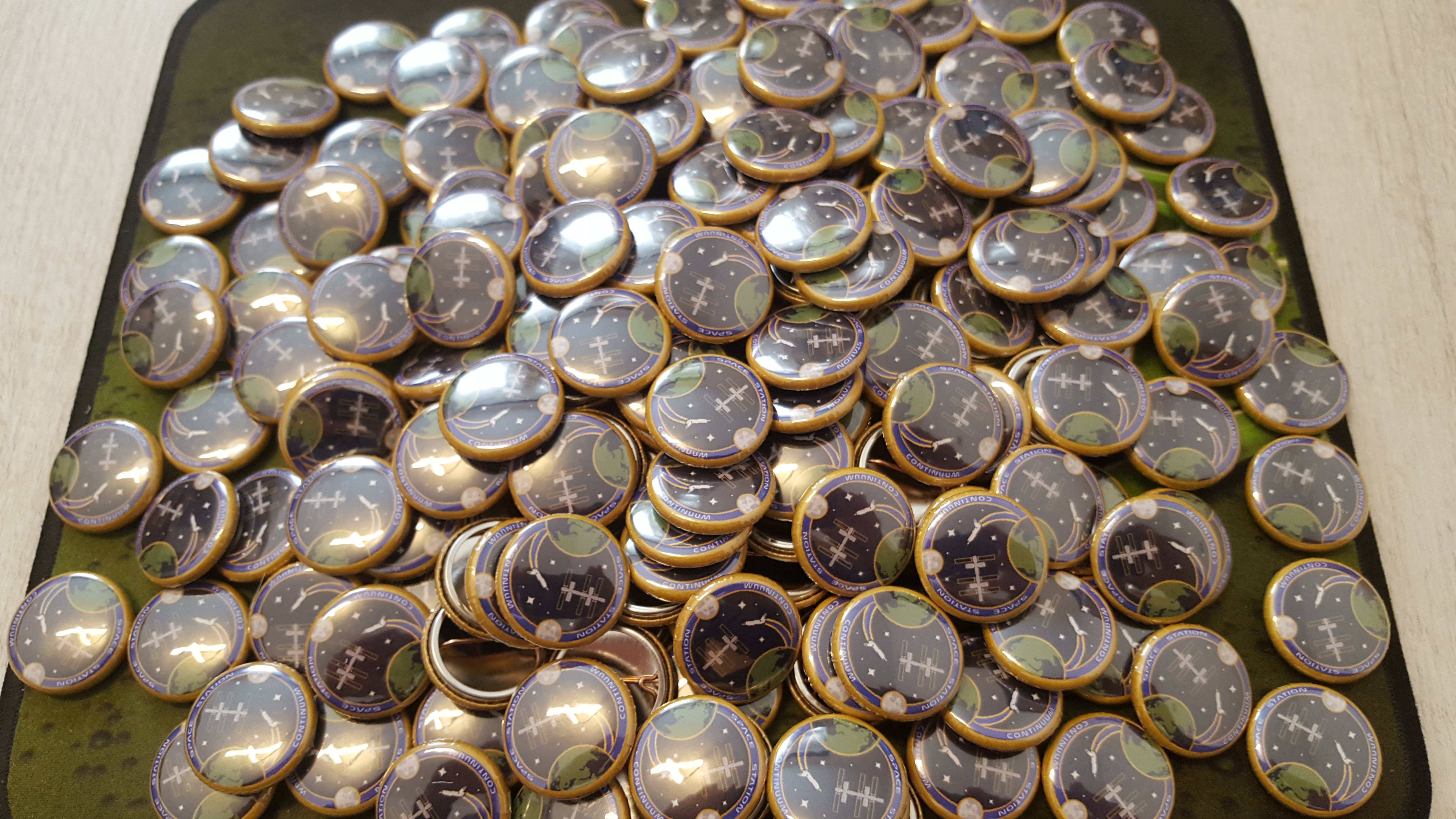 It didn't take long for the Indie Zone to start getting busy, and within the first hour more people had played Space Station Continuum than ever before! 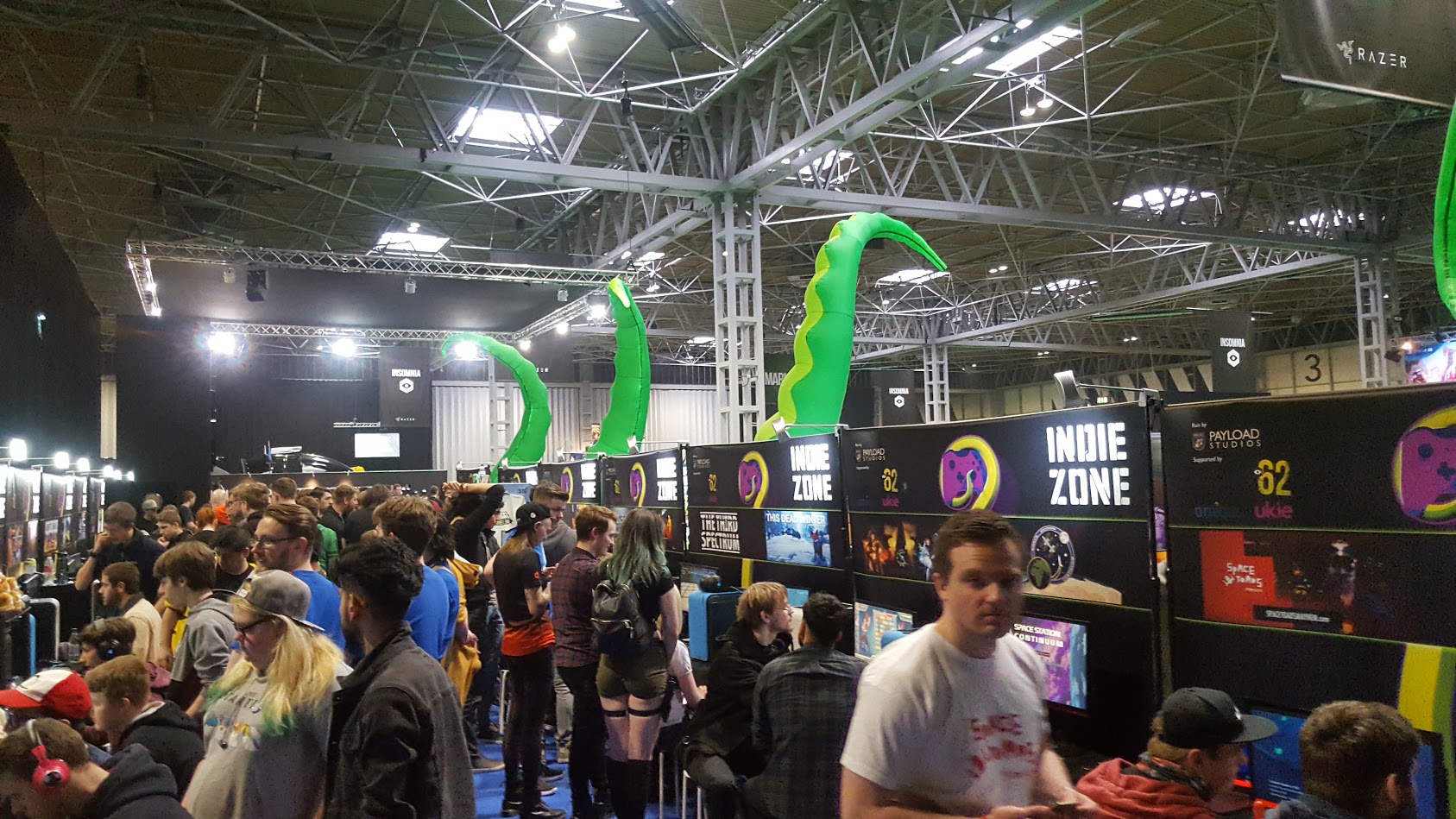 Over the next few days around a hundred or so people played the game. This was an incredibly valuable opportunity for me to see how different people reacted to the game, and how I could improve the tutorial to better explain the building mechanics.

And I'm pleased to say the reactions were great! A lot of people instantly understood the game and where it would be going in the future, and were eager to talk about all the features they'd love to see. I had an especially interesting chat with Ben Moss-Woodward of Lave Radio - some of which you might get to hear on his show in the coming weeks.

Of course, a playtest wouldn't be a playtest without a healthy list of bugs. Some of these were fairly mundane UI issues (most of which I was able to fix in the mornings before the show), and some were truly spectacular game-breakers. Including this demonstration of what happens when you destroy a few dozen solar arrays that have all been built in the same spot:

So if you were at the show and you came to play the demo, thank you! All the feedback you gave will go directly into improving the game, and at least a couple of the ideas we discussed have already been added to the list of planned features.

Extra special thanks to my friend Rob, who sacrificed his weekend to help me show the game and look after the booth when I couldn't be there. You rock, Rob.

I'd also like to shoutout some of the other developers who were there, and say thank you for making me feel welcome at my first event as an exhibitor. Make sure you check out:

And of course, TerraTech by Payload Studios.

The next opportunity to play the Space Station Continuum demo will be at EGX Rezzed at London's Tobacco Dock from the 13th to the 15th of April. Can't wait to see you there!