In which level-geometry is perhaps done; doors are detailed; stains are applied; crystal-light changes are finished; omissions are discovered; an icon is in progress; a new collectible is added; and the initial demo-note is tweaked. 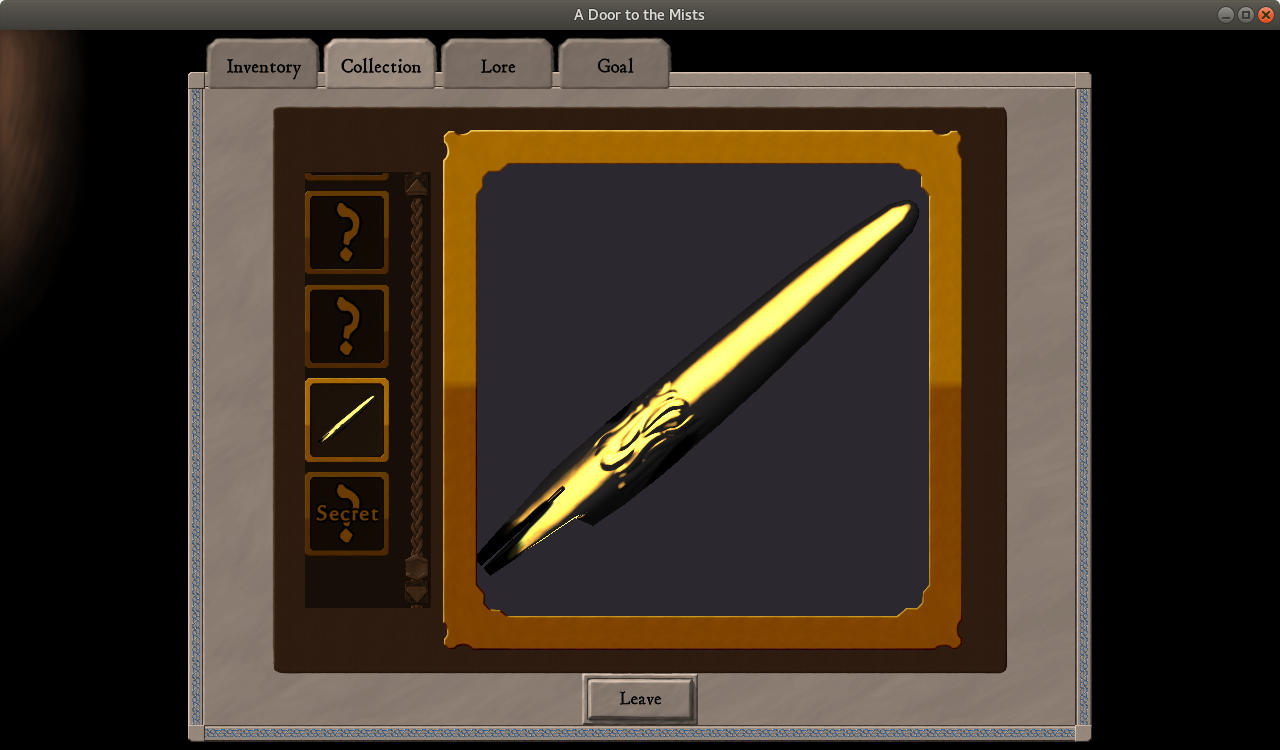 The work of the week just past fell primarily in the visual arts:

Perhaps the most notable part of that work is that level five's geometry may well be complete now!

Some of these changes were fairly minor: A few tweaks were made to the objects on the central tables; the doors have been smoothed and given a little detail, as well as threshold-stones at their feet; and what lies beyond those doors has been blacked out.

Perhaps more saliently, stains have been added to the central tables. People once wrote in this place--perhaps studying, or researching, or composing something new. This is evinced by the scattering of papers, pens, and inkwells found here. And now, it is evinced too by the ink-stains that spatter the table-tops; a hint at the myriad spills and drips and splashes and sprays of ink that might have been over the long years of the tables' use. 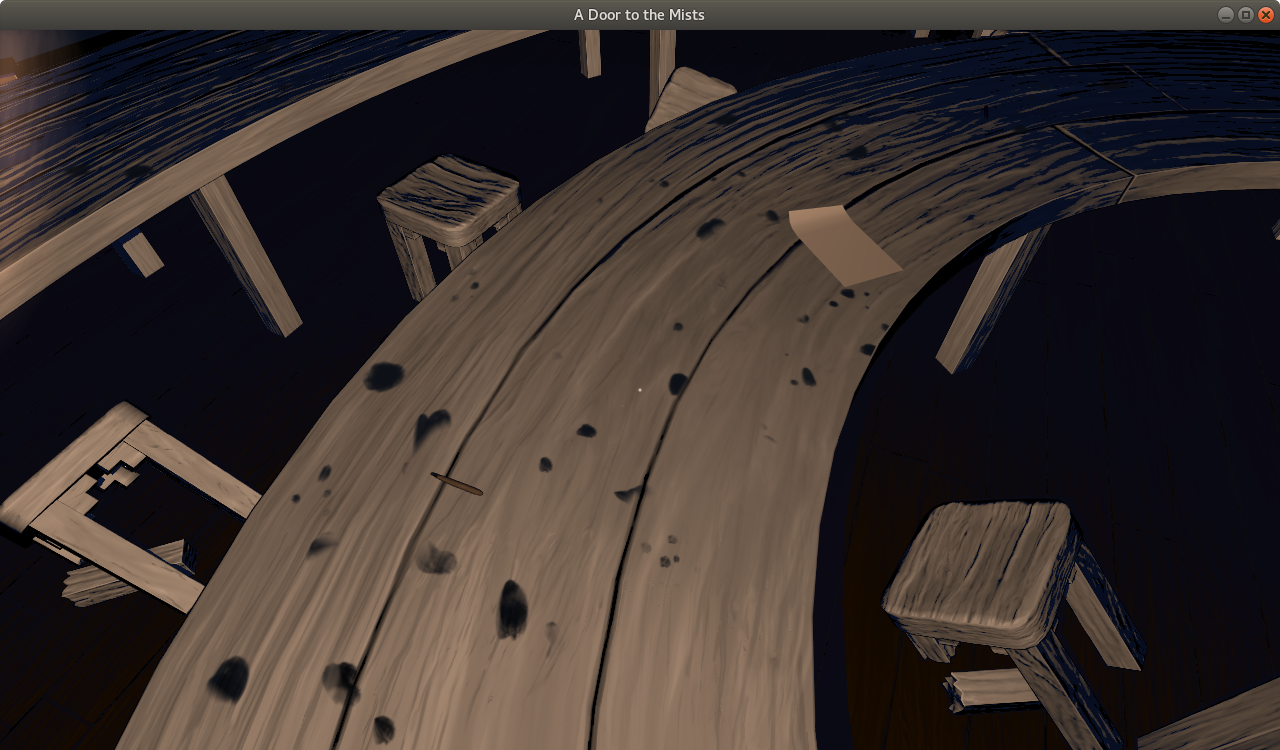 I mentioned in last week's blog post, I believe, that I had moved the working crystal-light that's found in level five. In the week just past, then, I finished the work incurred by this change: regenerating certain values for the crystal; fixing the logic for the "inner glow" object; excluding elements from the related blob-lighting; and so on. 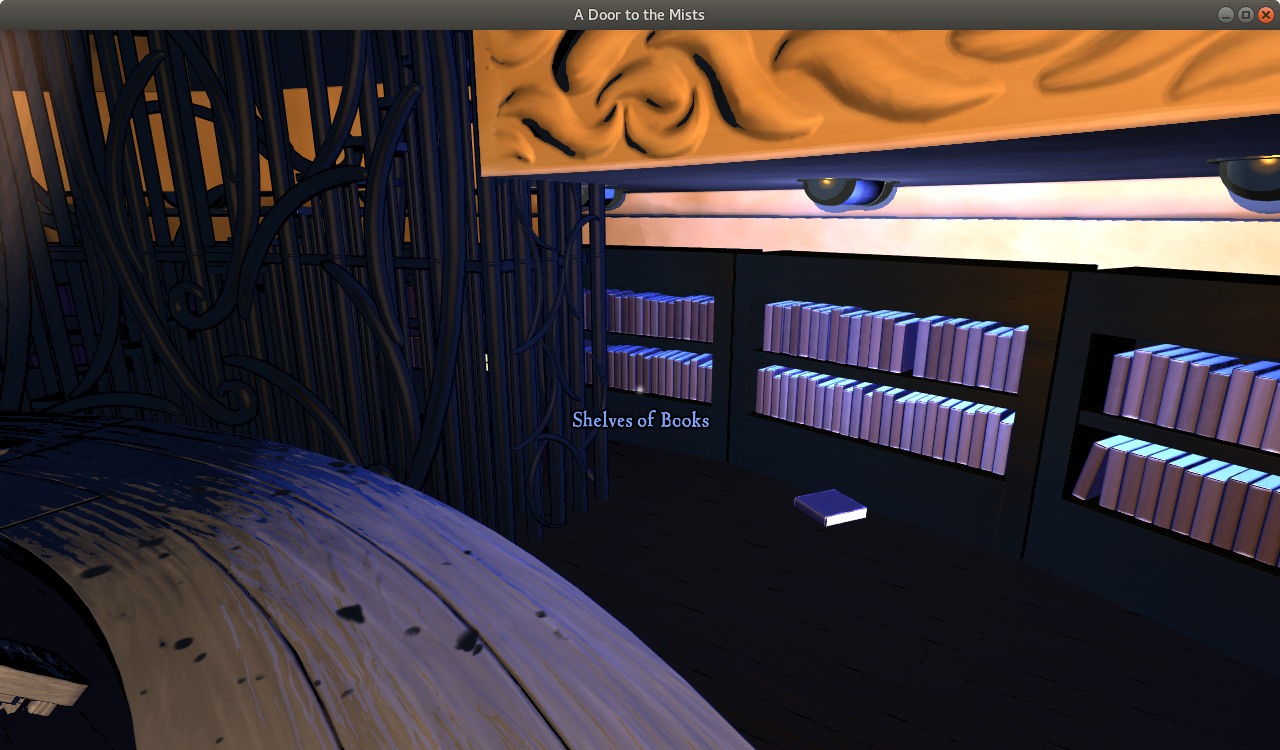 In the week just past I discovered, as I recall, two omissions that I'd made:

First, that I'd forgotten the icon and page-image for a lore-entry. (The one associated with the brass instrument that's now found in level two.)

And second, that I'd neglected to include a collectible in level five. This might not have been an issue, save that level four also lacks a collectible--reasonably, in its case--meaning that there would have been no collectibles since the level before that. And furthermore, level five is the last level of the demo--I don't want to so end without a collectible!

The first of those omissions I've only started work on: I'm partway through the creation of the lore-icon, I believe.

The second, however, is now done: a collectible brass pen can now be found in level five, and which is shown in the first screenshot above.

The scrollwork on this thing gave me a little trouble, I'll confess--it took a few tries to get it to something like my satisfaction!

Similarly, the ink-stains proved tricky: Just including them as part of the pen's colour-texture incurred some shader-related problems, alas. As a result, the stains are actually applied via a separate mesh with its own colour-texture--a solution that itself incurred some sorting challenges!

Furthermore, getting it to work with the collectible close-up view involved a minor change to the rendering of the frame that borders that view--beforehand, the ink (and only the ink) rendered over the border!

(I also implemented a minor change to my inventory-item shader, albeit one that I think isn't being used in the final version of this pen.)

Still, I believe that I'm happy with the way that the pen came out in the end. ^_^

And finally, I made some touch-ups to the note that appears at the start of the demo. Aside from being perhaps a little lengthy, this looked, I felt, a little drab. Thus I've added a little bit of decoration to it, rewritten its text in places, and tweaked its colouring. I'm not sure that the text is quite done yet, but I think that it looks a little less plain now, at the least! 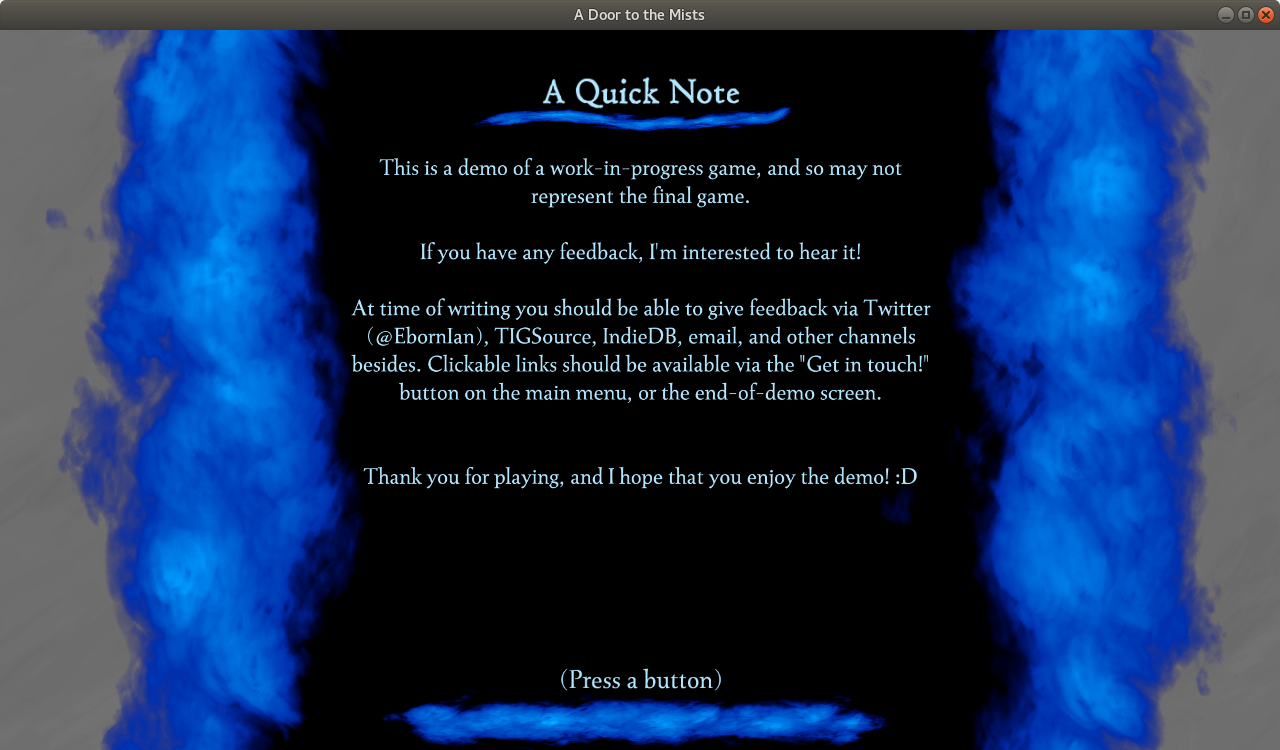