It’s true, we skipped quite a few devlog updates since last January, but it was for a good reason. In fact, we can now give you a mega update about all things HyperParasite!

Let's get down to it!

SNATCH, ZAP and SHOOT - HyperParasite is out on Steam Early Access today

3rd April 2019, Barcelona, Spain - Today Troglobytes Games and Hound Picked Games are pleased to announce that rogue-lite twin-stick ‘snatch, zap and shoot ‘em up’, HyperParasite, has launched on Steam Early Access, just ahead of its appearance at EGX Rezzed just 24 hours later, as part of the Unreal Showcase, at booth location QS1G 1-4. 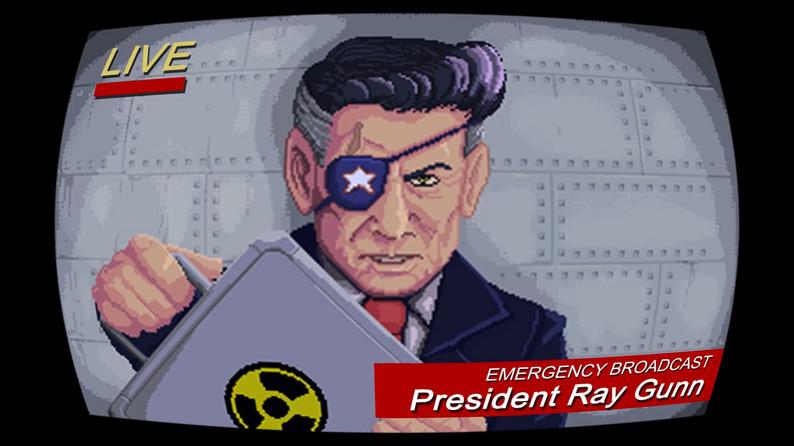 HyperParasite offers rad visuals, fast paced action, tight controls and is set in the bodacious 80s. The game features 60 different classes, all of which you can control, exploiting their own attributes, weapons and moves, to present a game of outrageous action and rip roaring brawling at is very best. The game is laced with a comical slant which adds spice and fun with an incredible synth-wave soundtrack that’ll bring players, and their mullets, straight back to the 80s!

In HyperParasite, it's the dude you control that is packed with the boom, no more scrabbling for weaponry and panicking at a boss encounter. With 60 different characters to take control of, players may snatch the best host body for the scenario and kick butt!

"We're finally ready to bring everyone kicking and screaming back to the 1980s with HyperParasite on Steam Early Access. It’s now available for $8.99 for everyone to enjoy and give us feedback via the Steam forums and our Discord channel!", said Saverio Caporusso, CEO of Trologbytes Games. “We’re thrilled to also announce we’ll be at EGX Rezzed where members of the press, influencers and fans of the 80s can get hands on with the HyperParasite”.

Our players and fans have been an invaluable resource for us since the beginning of this project. We’ve always tried to get the game into their hands as soon as possible, through attending events, releasing a free demo and sharing development across social media and Discord.

We’re now looking to supercharge the development process and take it to the next level. Due to the nature of HyperParasite, we believe it to be a perfect match for Early Access. The game features lots of different character classes, items/skills, secrets levels and more, thus making it incredibly re-playable. We’re looking to gather as much player feedback as possible on all aspects of the game so we can deliver a superior title at full release.

We look forward to welcoming players to the development process.

We showcased HyperParasite at EGX Rezzed 2019 in London for three days (4-5-6 April), and it’s been a blast. A lot of players enjoyed the game and left some essential feedback for improving it even further. 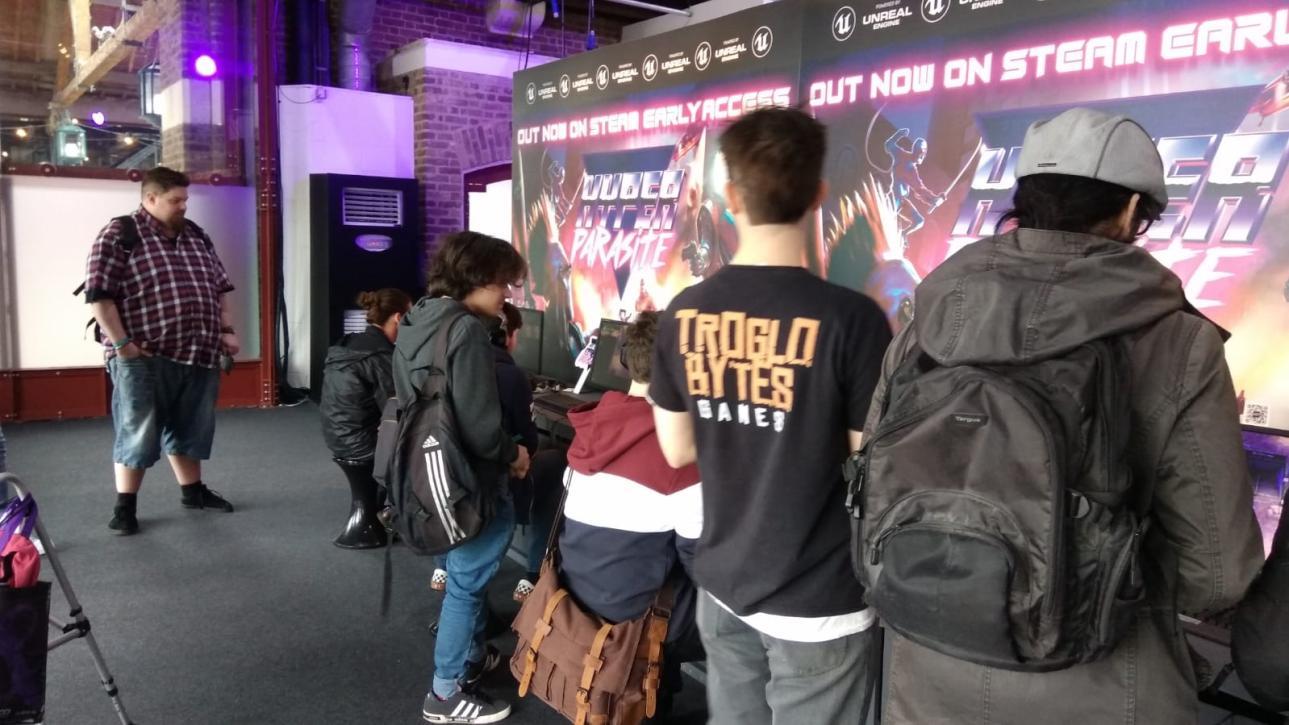 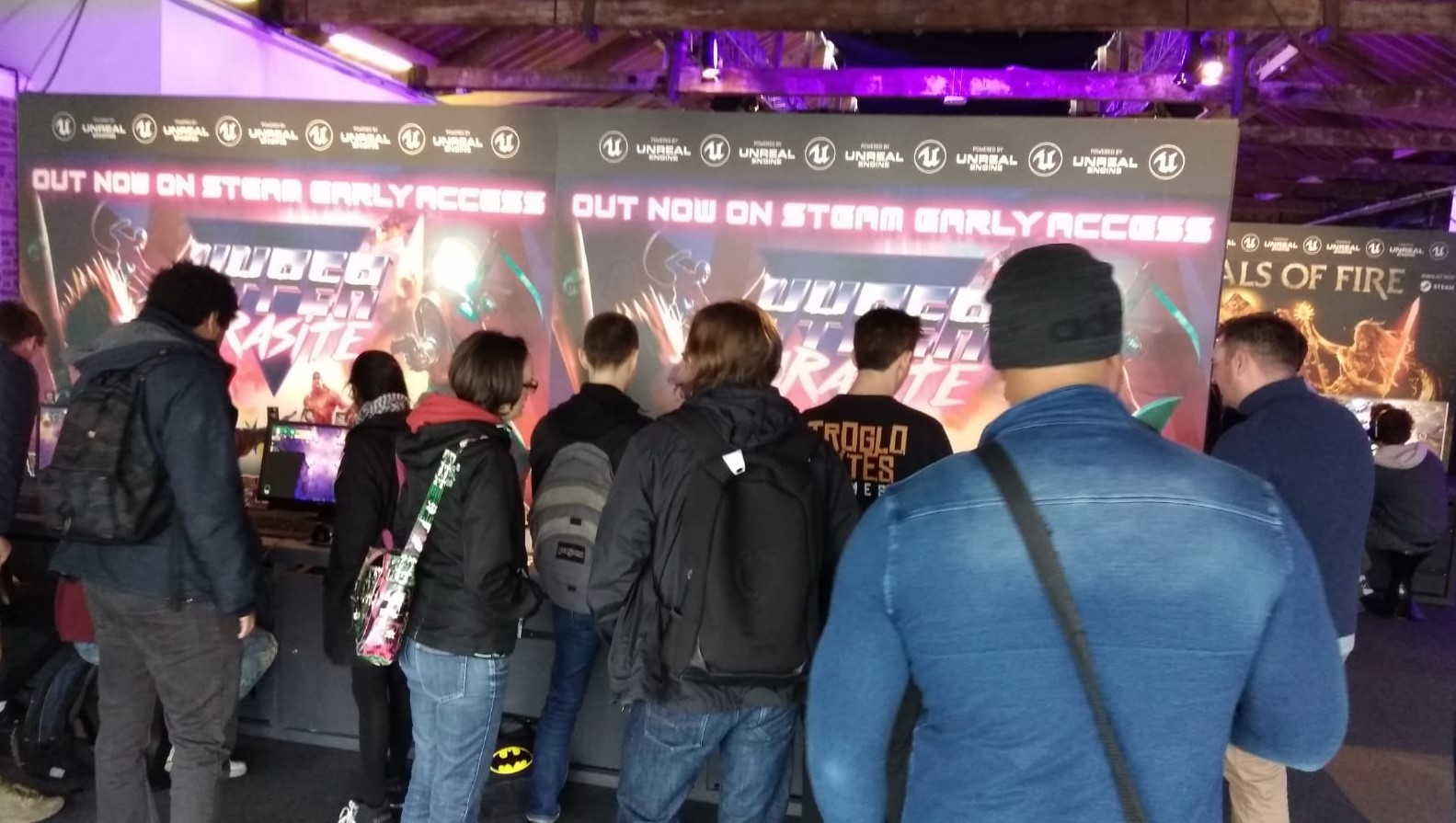 Here’s an interview by TechRaptor with our CEO and Game Designer:

We received a lot of cool press coverage from media! Here you can find a selection of the best previews, articles and interviews:

We had great fun putting together the Streamer vs. HyperParasite showcase video:

If you're a streamer on YouTube or Twitch and want to give HyperParasite a go then please get in touch. You can email us on hyperparasite@houndpicked.com or visit KeyMailer and/or Woovit to request your keys. You never know, we may just put your face in the game too!

On EA release day, we launched a giveaway for a custom HyperParasite Xbox Controller, which ran all the way through April:

We now have a winner, Marc J from Germany, but stick around our social spaces and Discord server because more crazy giveaways are coming in the near future!

Since our EA launch, we started releasing weekly updates for HyperParasite, so here are the first three:

We are also streaming once a week on Friday evening (usually around 8pm GMT+1) on our Steam page, showing what’s new in the latest updates and what’s coming next (and of course doing a few runs).

Last but not least, HyperParasite is currently 25% off on Steam’s Weeklong Deals, so if you’re planning to buy it, it may be the best time to do so and finally get your filthy tentacles on a copy: