Winter is meeting its end and our kitten is back from what may have appeared as a period of hibernation. We haven’t been rich on articles lately, mostly because we had some hurdles preventing us from doing new stuff. For some time now we were in the middle of our final struggle with the academia. Both of us are working on our graduation thesis and had our hands full, but still managed to do some work on our beloved kitty cat :)

A few hick-ups also popped up when we moved to the new version of Unity 3d, the game engine we’re using. There were issues with light-mapping, shaders, obsolete assets and other things we had to sort out. On the bright side, we got access to some features like image effects. These will allow us to enhance the graphics a bit, but we’re still trying to find the best fit.

As you can see in the video and screenshots below, most of the new additions can be found on our island of the ancients filled with puzzles, masquerading as abandoned ruins. The landscape is lush and green, which is in stark contrast to our first island that has a more industrial theme. We added new structures, puzzles and a lot of vegetation, which is still a work in progress. Some of our old work also got revised and we believe the game-play is much better now. 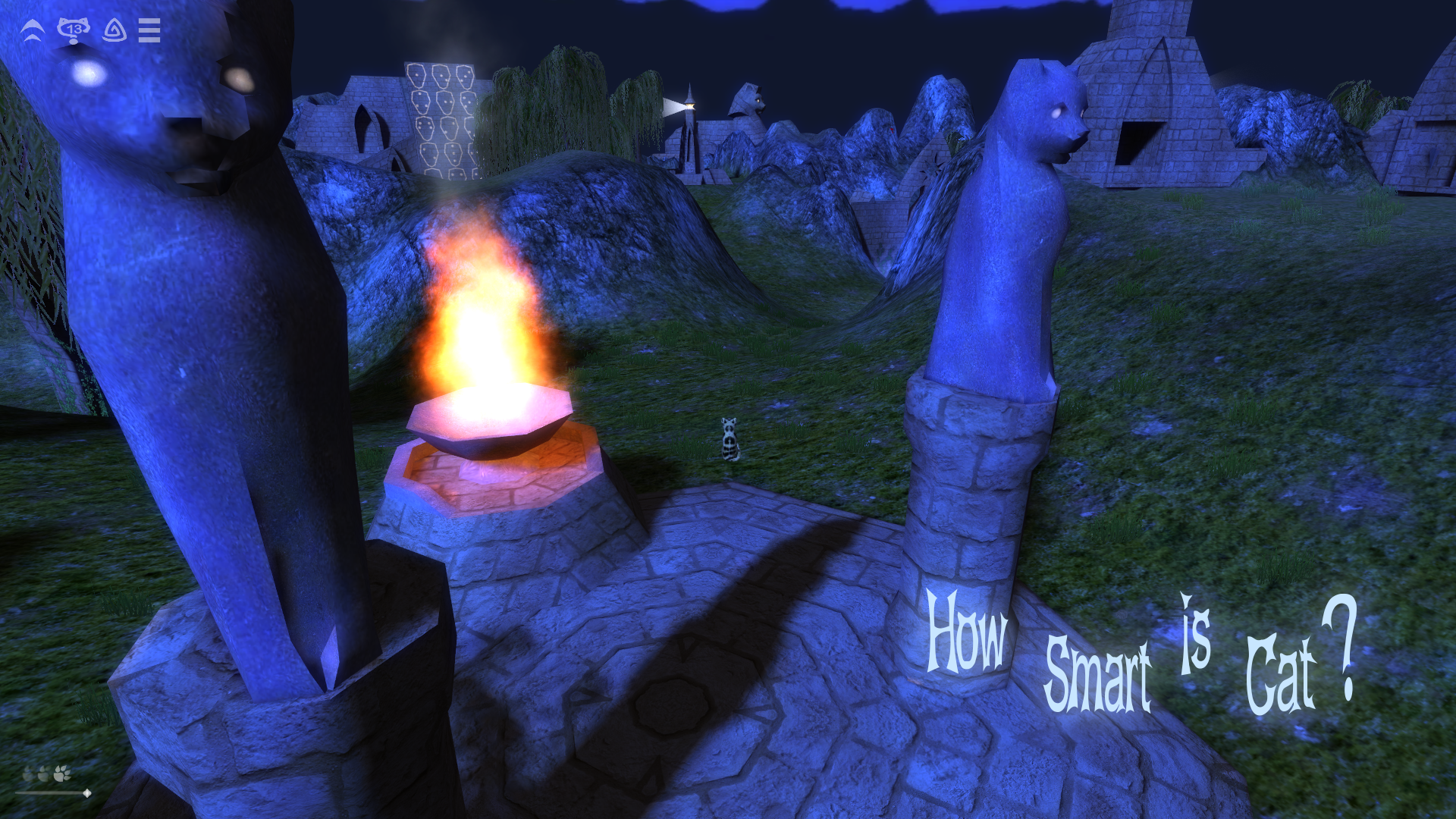 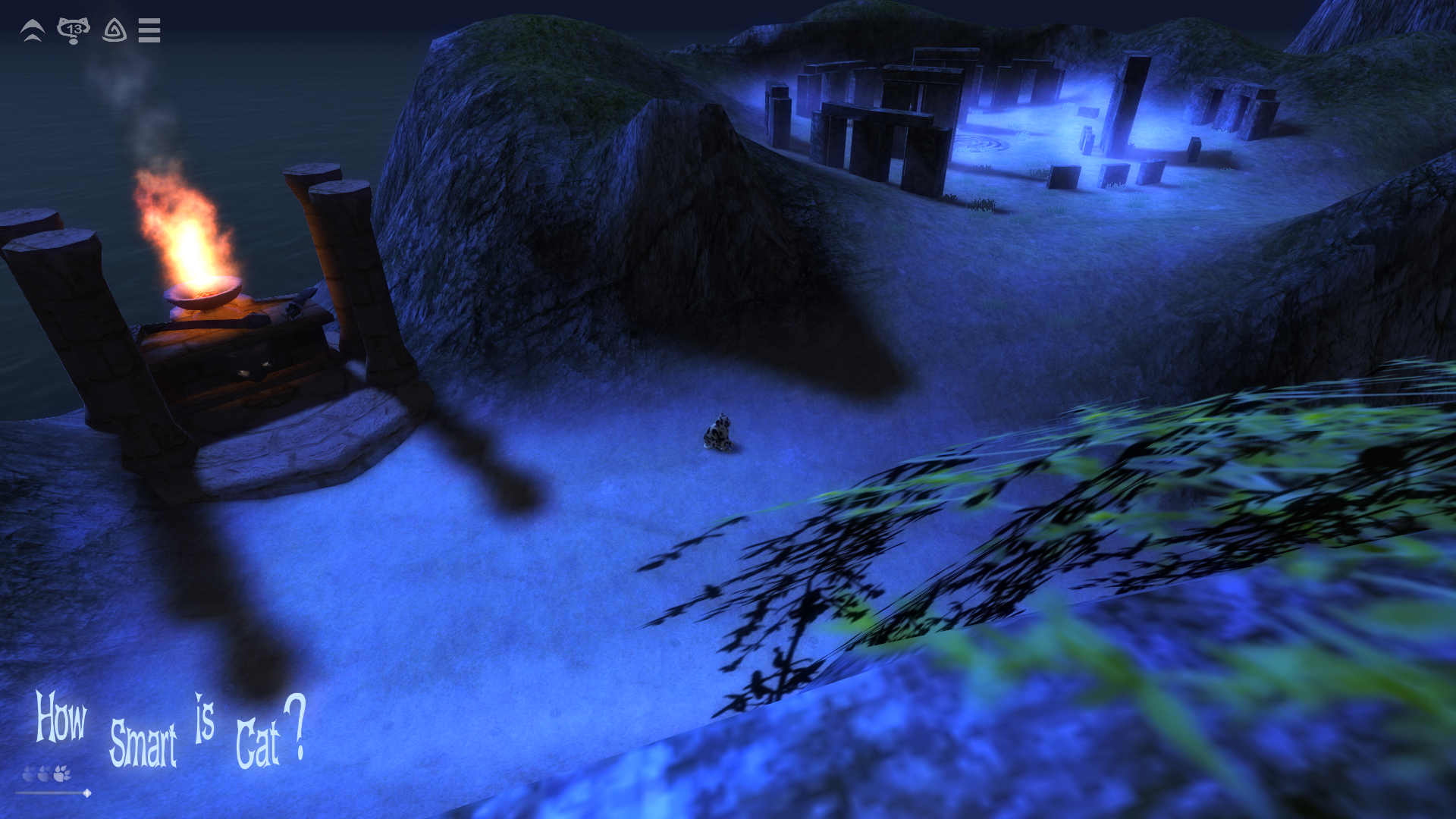 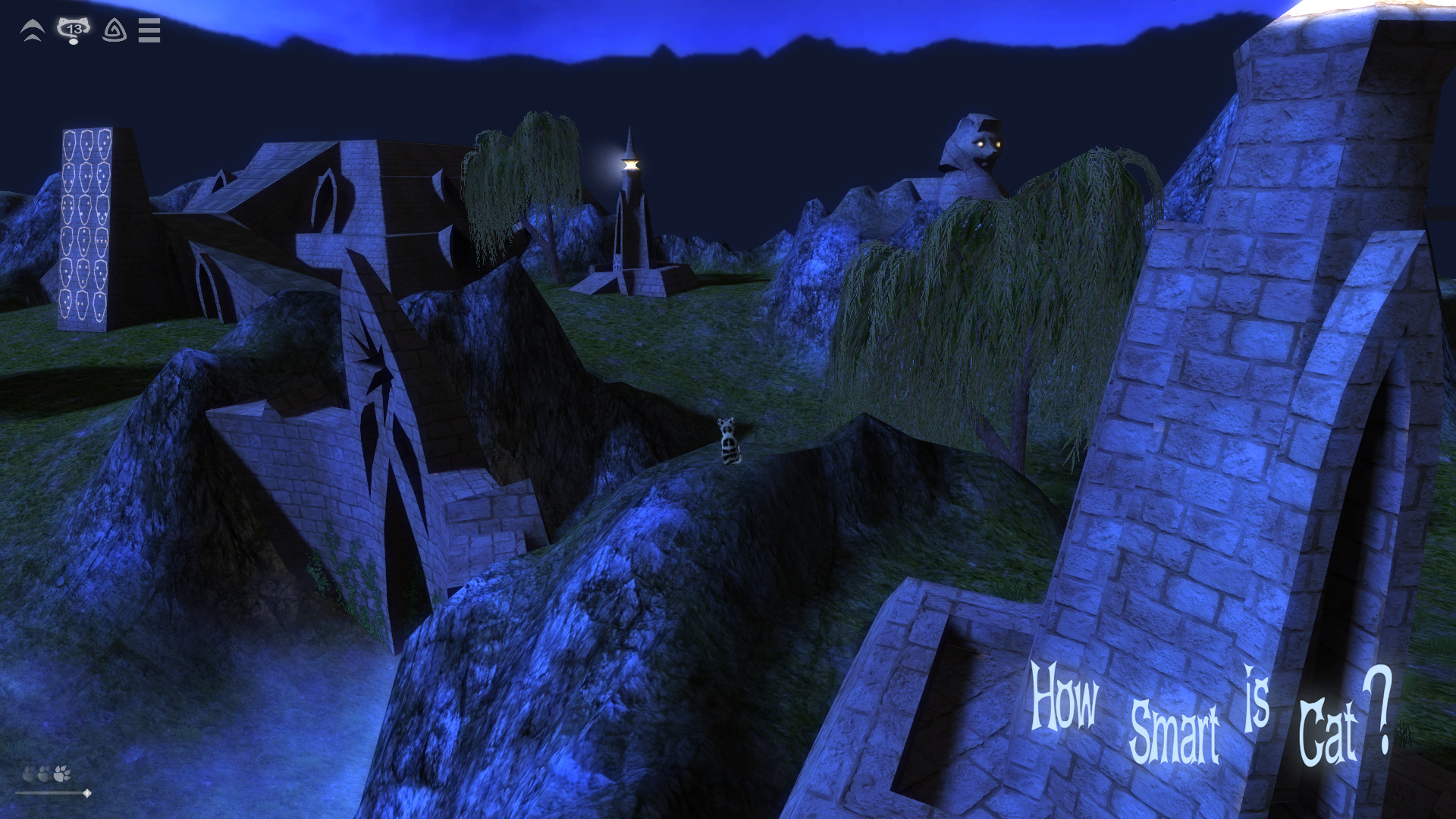 Latest screenshots from the new island

In the video you'll notice another addition, which is the music and other sounds. These really enhance the atmosphere of the island and hope you’ll like the direction we took. There are also some new mechanics we introduced, like the traveling system. Each island has its own way-point, where you can teleport from anywhere in the game. This makes moving around much easier and allows the player to spend more time solving puzzles and less time walking around.

Now we are working on our last island that has an alien theme to it and very different puzzles. Track us for more updates and like/follow us on other platforms like Facebook, Twitter, Tumblr and YouTube. We will post more news, definitely as soon as (if) we both graduate :D