Post news RSS How extra budget can increase your visual quality... and put you into troubles!

This article shows the difficulty of maintaining Art Direction consistency on a project when its scope and visual quality suddenly increase during production! First, we’ll explain the assets creation guidelines we decided at the beginning of the project. Then we’ll see how quality problems emerged as the production budget increased, and how we dealt with them!

Posted by VirginRedemption on Mar 3rd, 2016

When we started the production of Epistory (codenamed “The heroine of no tale” in those ancient times), the sales expectations were quite low because we thought we were targeting the niche of typing games. We already wanted a unique art direction, made of unfolding environments and paper-crafted items, but the budget constraints made us humble concerning the visual quality of each asset. So we ended up with those production guidelines to create game assets : 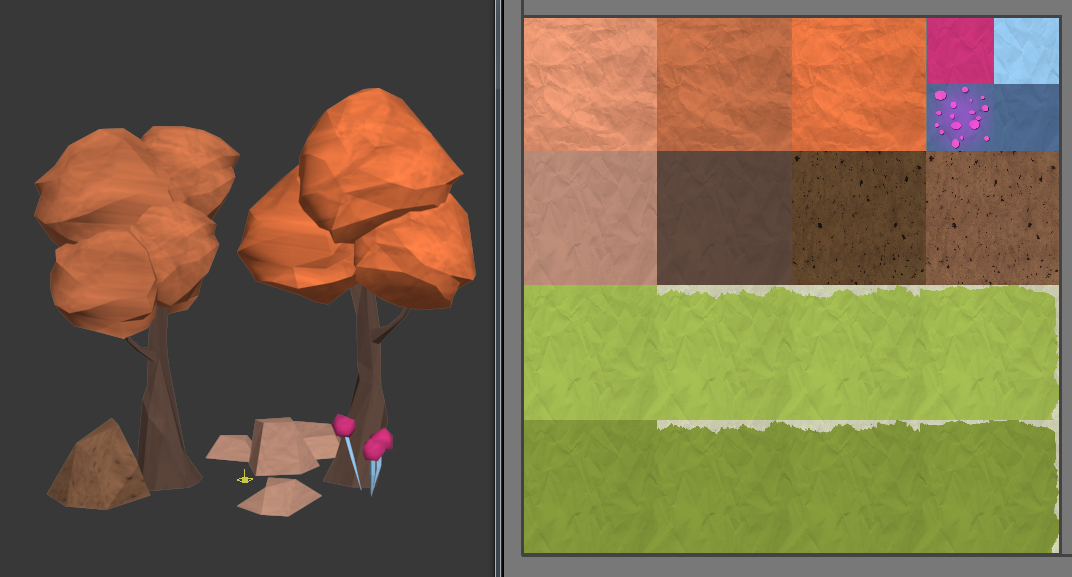 Despite our small budget, all those assets put together created a simple but pretty cool look : 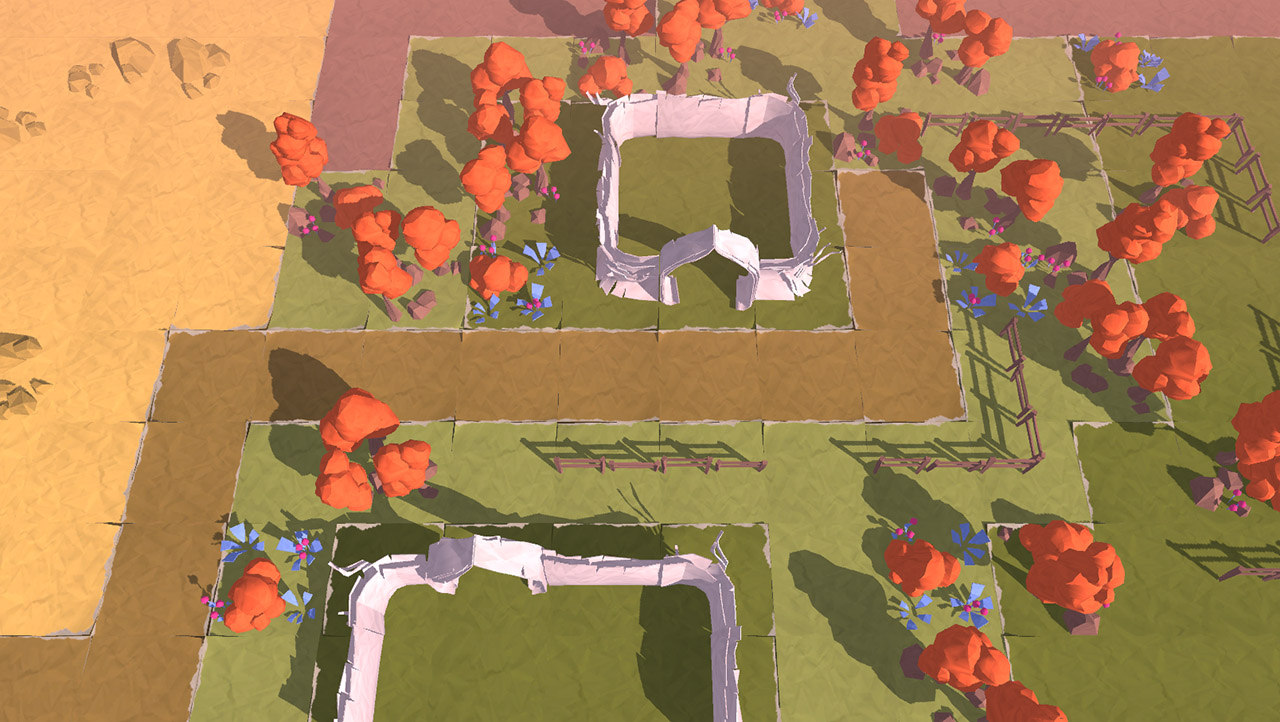 Those constraints made us 3D artists sad but it should have allowed us to make all assets and environments in time for the game release, so we were quite happy with it! But that was before we started communicating on the game...

The art team was producing the first levels of the game, and we started to spread some images and videos, building the community. At that point we understood that something was happening, youtubers were talking about our game, forums and conventions gave us very positive feedbacks. Our little typing game was becoming pretty popular, people were really loving it! The first round of Early Access conforted the first impression. As thousands of people added “Epistory: Typing Chronicles” into their steam wishlist, we realized that instead of making a funny but small scoped typing game, we could scale things up. We decided to transform it into a unique story driven adventure game, with lots of dungeons, collectibles, a scenario written by a real professional writer, and even give a voice to the narrator.

As the deadlines were pushed to 2016, the art team jumped at the chance to put more visual quality into the game!

We wanted to make the most of this extra production time, and we put more details into the new assets, so we basically took the opposite of what we were doing until now:

On those two images it’s easy to spot the quality gap. You can notice the polished shapes and the greater work made into the textures, which add a lot of depth and details to the assets : 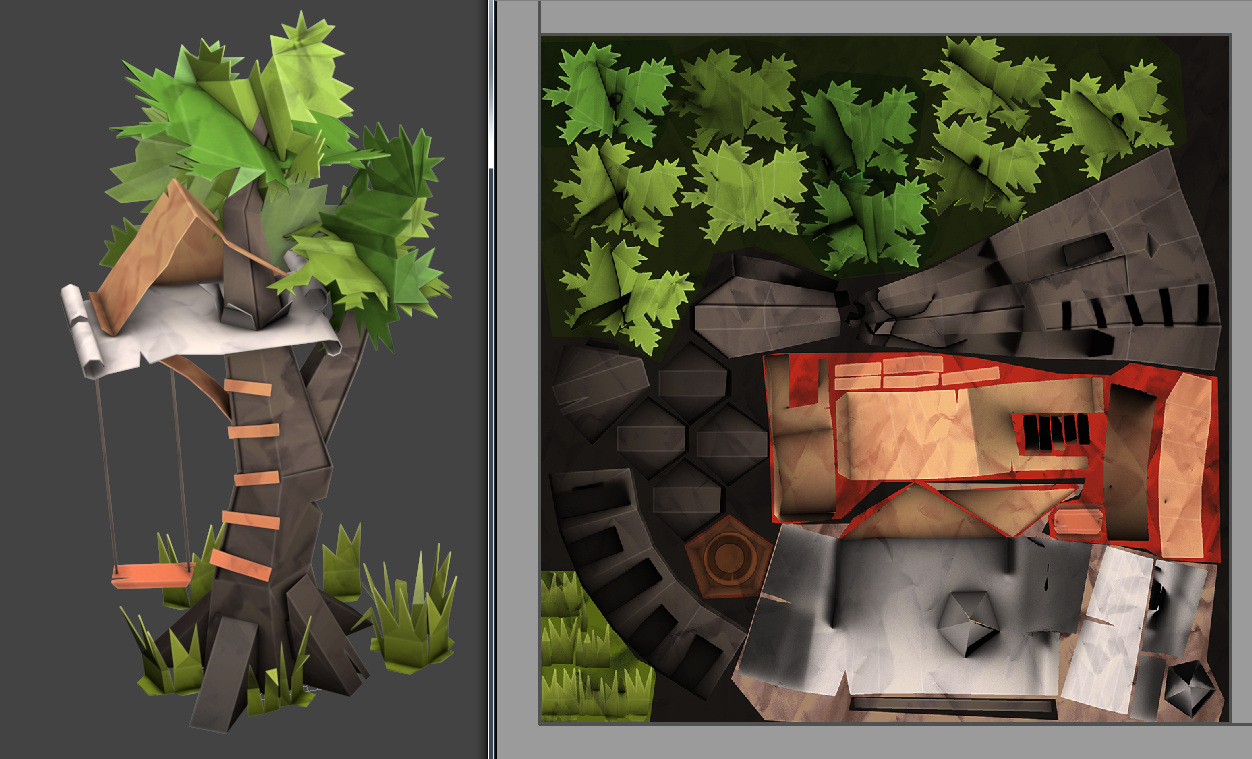 The production time was obviously far longer than the old technique, because for EACH game asset, we had to unfold clean texture coordinates, calculate the Ambient Occlusion pass, calculate the vertical gradient, paint the edges highlights and details into the texture,…

We also put extra time to the environments creation process by adding an “artist layout pass” to polish each dungeon, and by working more on the lighting setups and effects. And the overall visual impact was far better than before! 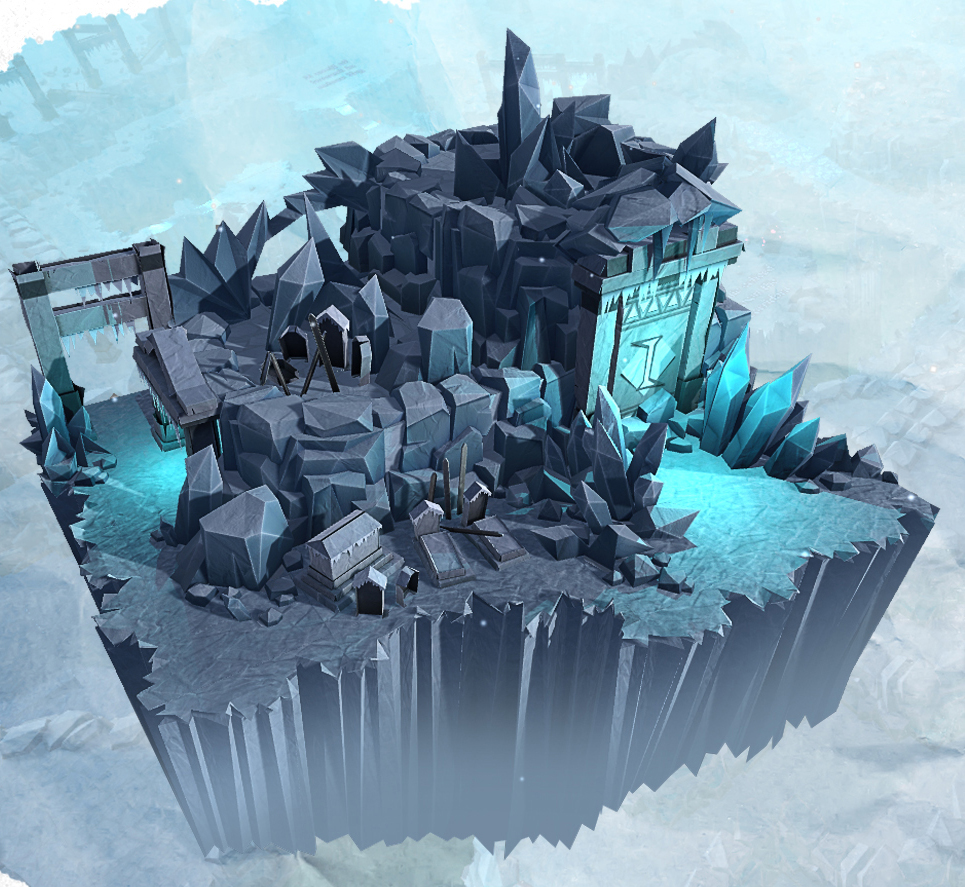 The problem was that we quickly found out that the “old” assets looked dull compared to the new ones, but we couldn’t afford redesigning all of them...

With each new asset being prettier than the last, we soon spotted a problem in the consistency of the art direction and assets quality !

There was too much difference between the old “flat” assets and the new “detailed” ones :

Unfortunately the budget was not so big that we could afford redoing all the former game assets to match the final style!

That unexpected constraint gave us the idea of showing a progression in the art style through the game, and we implemented a chronological progression into the overall papercraft quality of the adventure. That is to say the first part of the game is made of more basic shapes, and the quality of the papercraft technique evolves to be more and more noticeable as we progress into the game, following the steps of humanity evolution:

1- At the beginning, as the world unfolds for the first time, you will see the “basic” objects in the “nature” theme 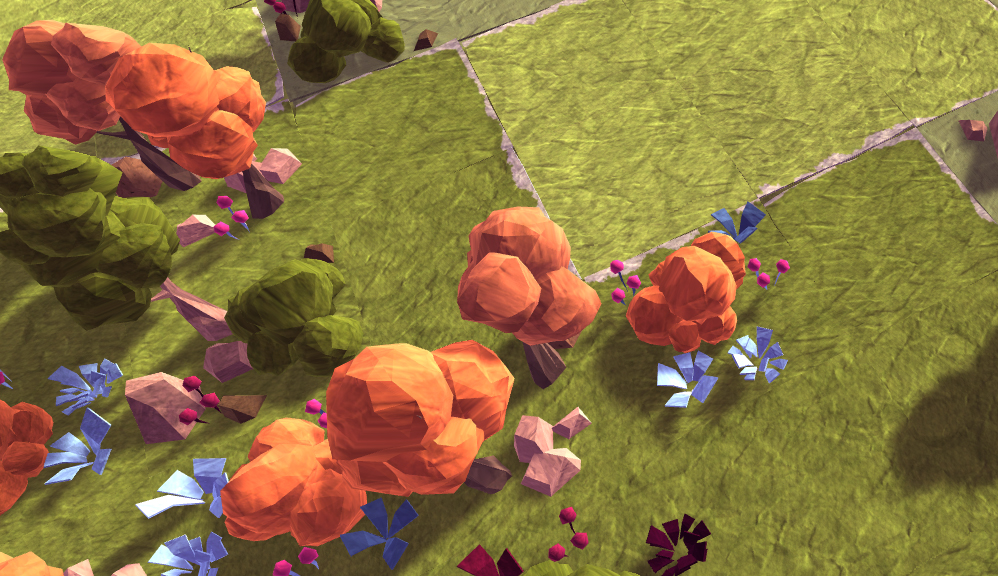 2- Next, in the first dungeon you will be able to spot some prehistoric assets, made of archaic papercraft assets 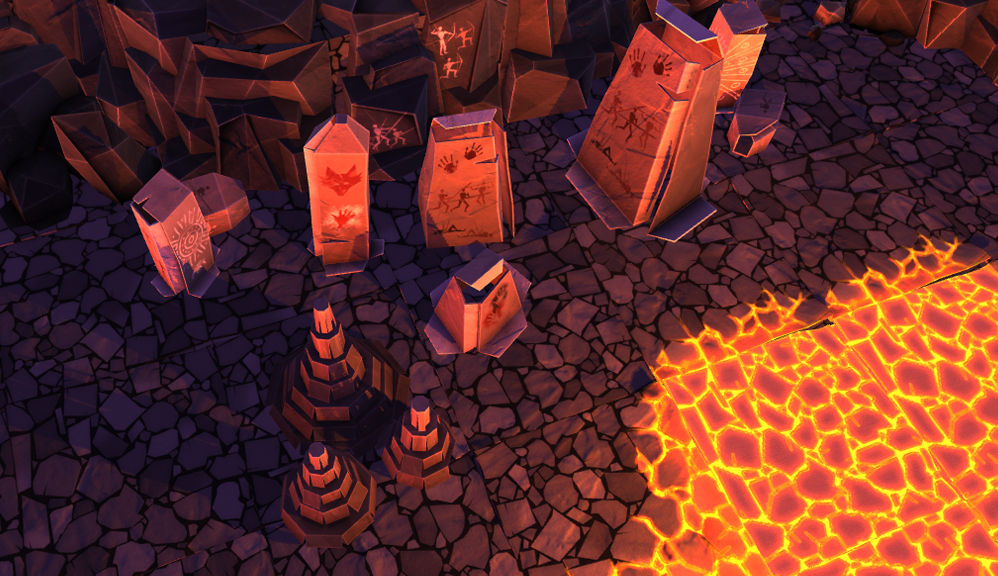 3- As you continue your journey through human evolution, papercraft techniques evolves to show ancient civilizations 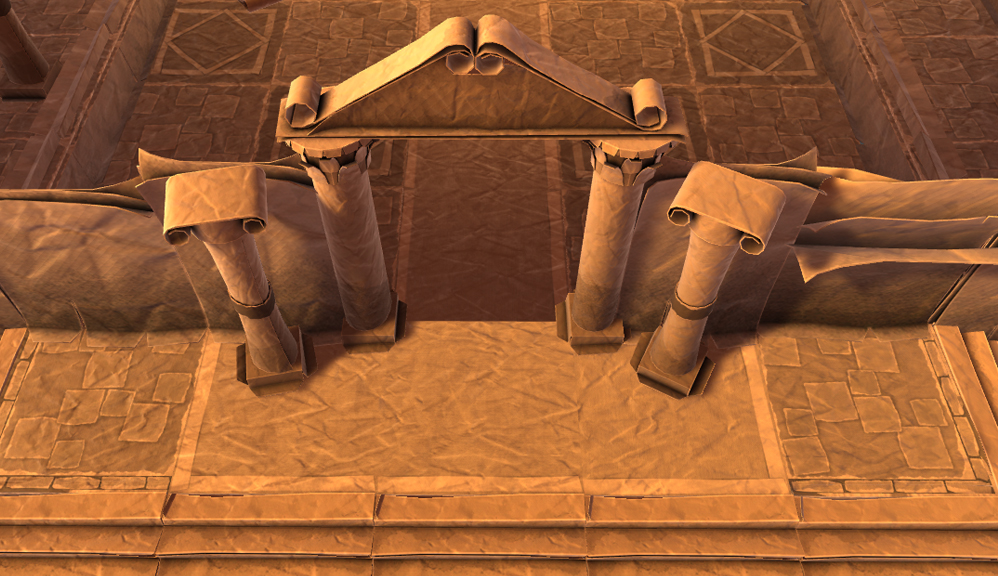 4- Later, you will travel through complex origami buildings, and much more, but we won’t spoil you the pleasure of discovering it in the game! 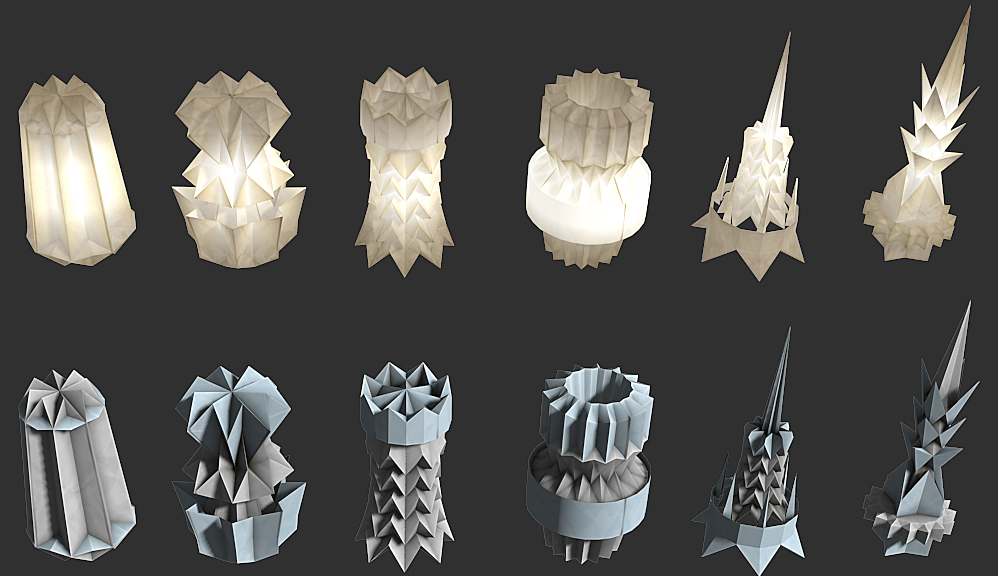 We managed to add a real meaning to this papercraft evolution, but still we decided to redesign several old assets to match the quality gap. We’ve done this only for the assets we could see all over the adventure. Moreover, by doing those important assets prettier, they would be easily noticeable at the beginning of the game, where the assets are simpler, and better integrated in later dungeons, where the assets are polished.

The combat, exploration and teleporter tiles redone from scratch: 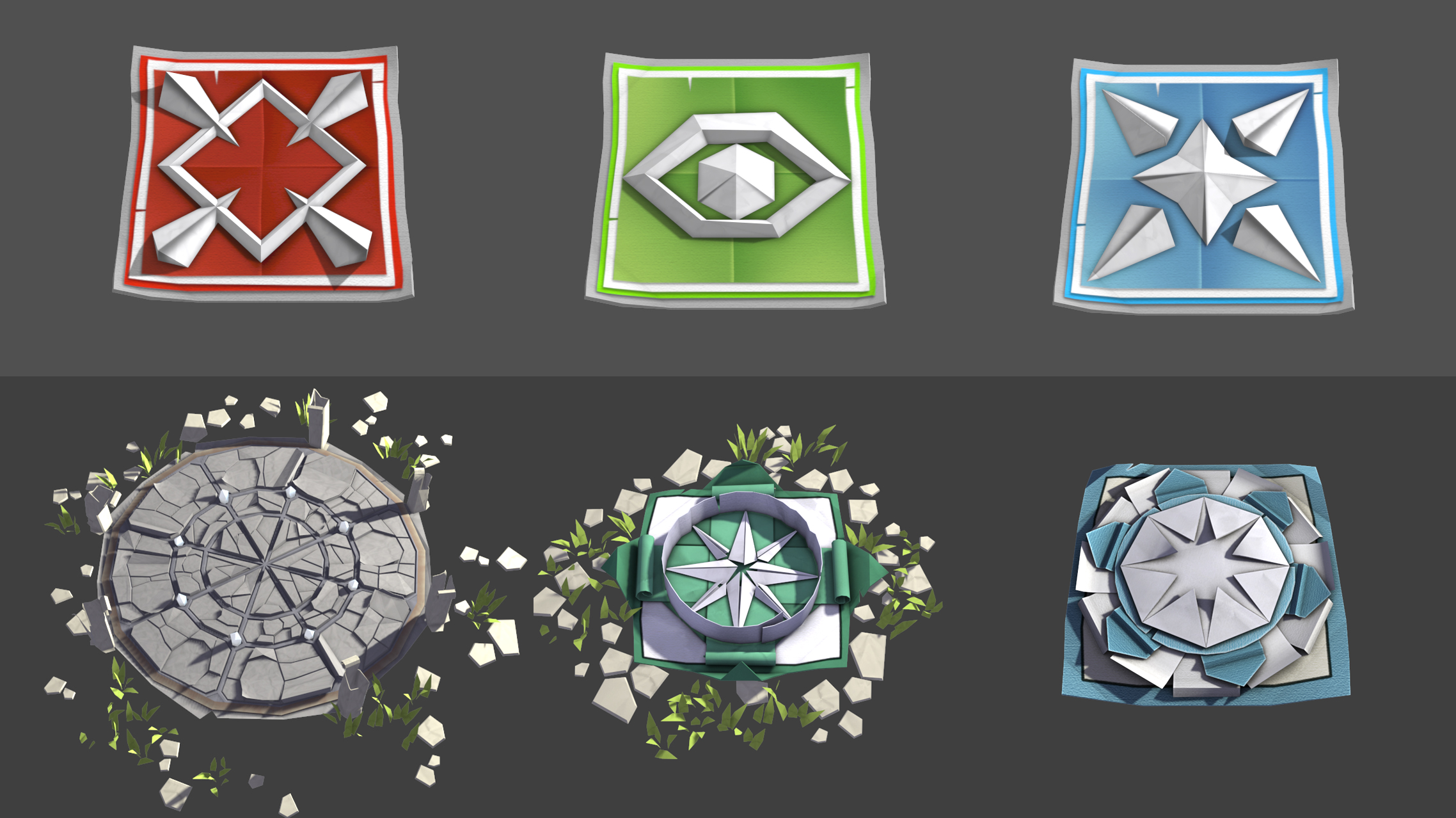 The conclusion of this article could be that it’s far better to know the scope/budget BEFORE beginning the production process! If the scope suddenly increases, you will have to choose between more content or more quality, but keep in mind that most of the time you will not be able to use a trick like we did, and you will end up redoing all of your assets from scratch! And as artists will always tend to increase quality if you give them extra time, do not forget to keep an eye on them!

Thank you for taking the time to tell us about your development costs and progression. I almost wonder if you "shouldn't have" told us about the progression of details and you move through the game. Now we know that it was decided because of time & costs. Hopefully most gamers won't know this and will enjoy the surprise of assets and details becoming more defined and beautiful as they progress. Kinda like Evoland. It begins as a simple 2D RPG, then changes into an isometric 2D view, then 3D view and texures are more details as you level up.