Lots of cool new things added to Hive Quest this month. Check out some of them here!

Welcome to another Hive Quest update! So what’s Hive Quest all about? It’s an immersive real time strategy game set in a mythical woodland filled with ancient magic, strange creatures & intriguing puzzles. As the Hive Mind you embark upon a dangerous and sometimes dark journey to find safety for your insect tribe. Inspired by folklore & fairy legend, Hive Quest is a trip into a whimsical world that is intended to delight and entertain.

Over the past few weeks I've been working hard on lots of little improvements to make things run smoother and open up new game play options and area to explore.

Levels in Hive Quest can be big, which means its easy to get disoriented while rummaging around in the undergrowth. So now, while exploring as a hive drone, players can use the all new 'Bug Vision' to keep track of places they have discovered and resource sites like food and the ever useful 'gloop'. You'll never get lost again! 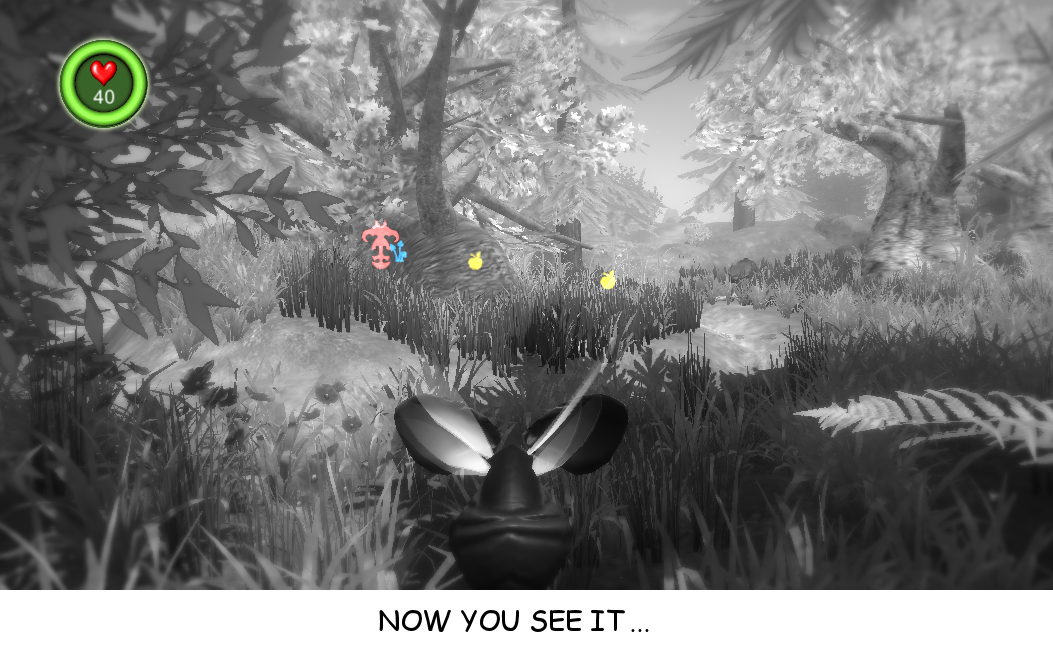 Also, each level has a plethora of puzzles scattered throughout which, if you can solve them, will provide handy bonuses to help on your Quest. These puzzles often lie in special areas which means the size of the map has been expanded a lot and cool new locations have been added. Here's a few screenshots. 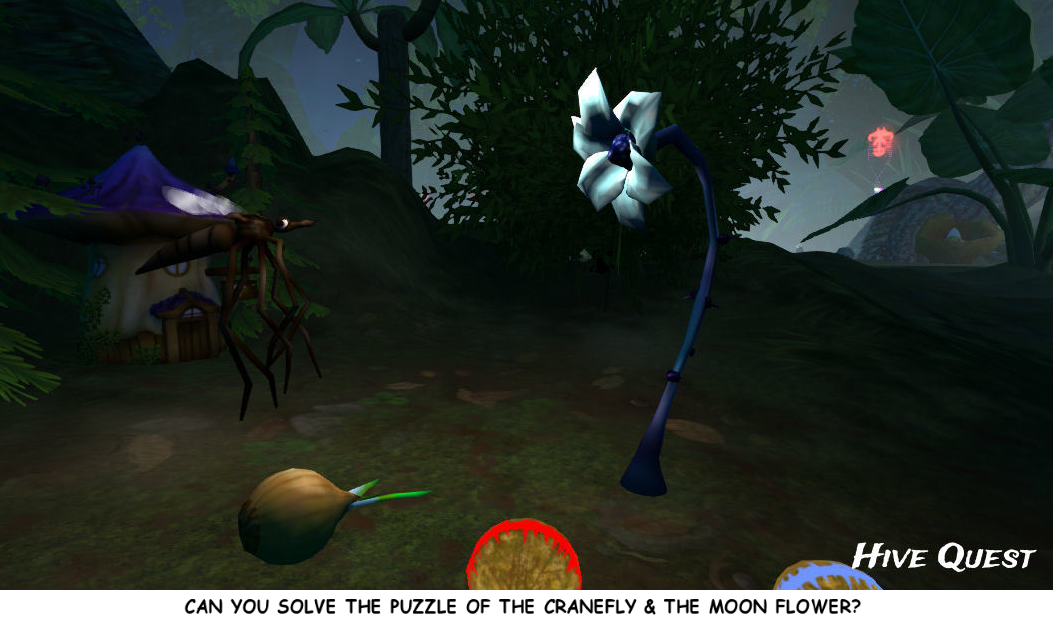 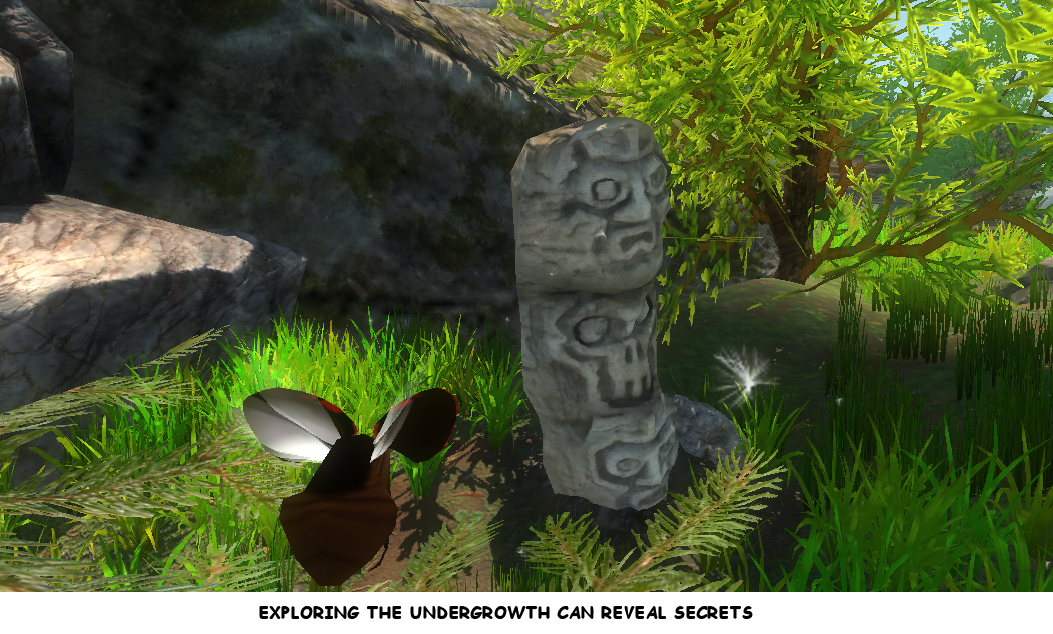 Lastly, besides exploring, a big part of Hive Quest is building your Hive, managing your tribe and engaging in conflict with enemy hives that will try to destroy your tiny kingdom. Eventually, by using either brute force, or more subtle means like magic and infiltration, enemy hives can be defeated or captured. When this happens, new territory is opened up and new challenges, puzzles & secrets are revealed. 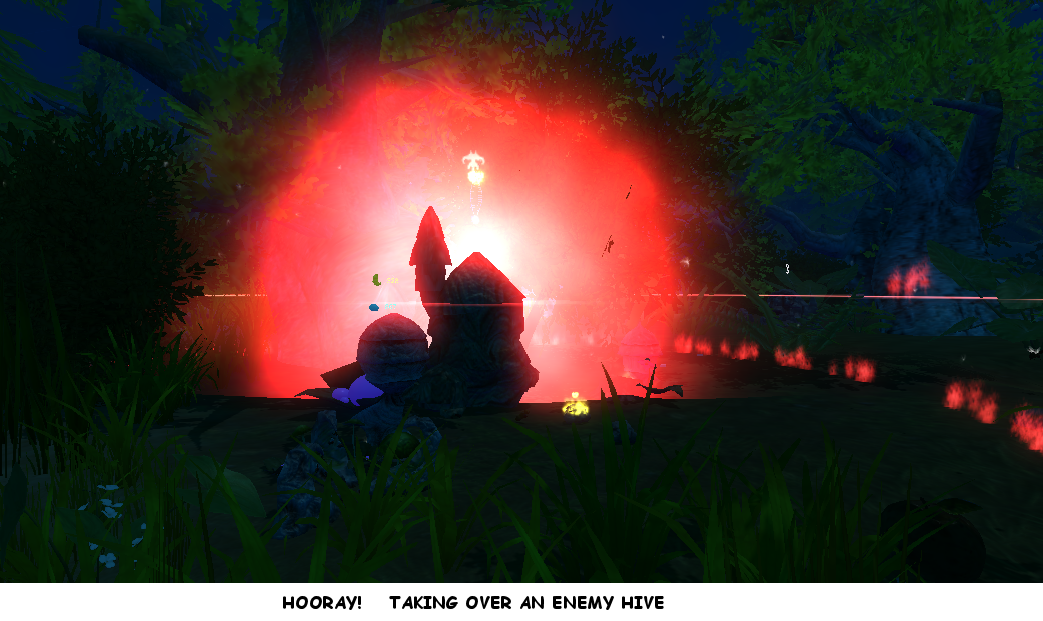 With lots of coding, and gallons of tea, I'm starting to pull these game play mechanics together. Should have more for you shortly - I also just want to say a huge 'Thank You' to all folk who are following and supporting Hive Quest. You are awesome, your encouragement means everything!