Has Rush is looking for players to help stress test the game servers and also to provide feedback on what is good (and what is not). To make this more interesting, we've also designed our very first Community Event so that everyone can have fun while playing and testing the game! 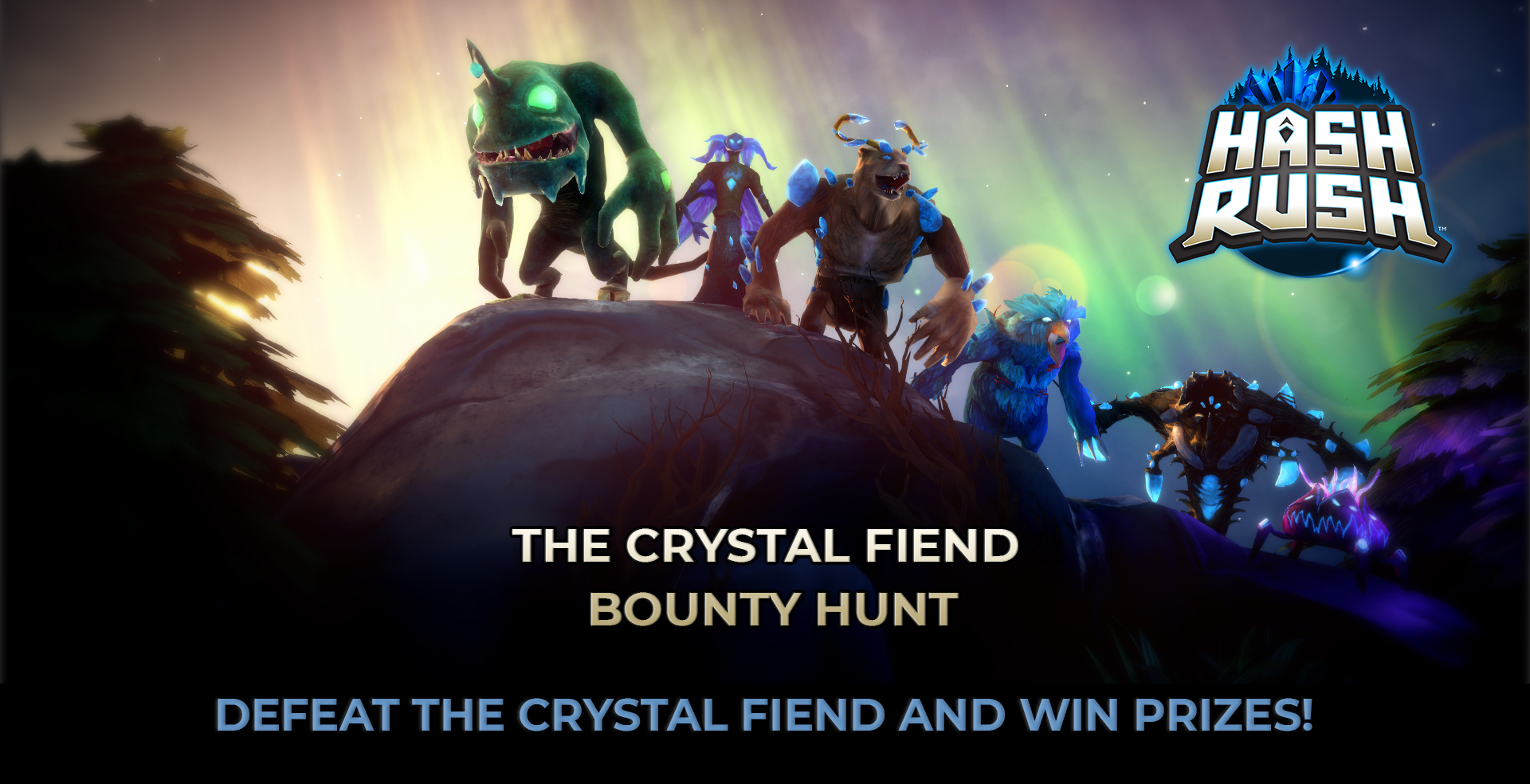 Hash Rush is a free online RTS game that recently moved to a technical BETA (on the 27th of July) and we are now looking for new players to come in, test our game, and let us know what is good and what needs work.

That said, we know that testing a game isn't always the most fun situation so we've made it more fun by creating a special event to bring a multiplayer feeling to the game with special prizes and rewards to encourage participation.

Are you interested in Hash Rush? Read on for a basic introduction to the game and how the event works!

When a player joins Hash Rush they are placed on their own Planetoid and it is their task to establish a base, defend themselves against the hordes of monsters that attack them in waves, and ultimately defeat the Crystal Fiend.

In order to keep things balanced, the monster forces (we call the enemy the Crystal Scourge) will not launch an attack at first. However, as the player develops their base (and trains units) the Crystal Scourge will begin to launch waves of monsters at the player with the intention of destroying them.

Finally, players are able to move to new planets at anytime they want, or if they defeat the boss monster (the Crystal Fiend) on their planet. In the future, we will have additional features to motivate the players to move from planet to planet, even if they do not choose to hunt the Fiend, but that is still in development!

The Monsters of Hash Rush

At this point, it would probably be useful for us to introduce the various monsters that challenge the players, so here they are!

In order of appearance in the video above, the monsters are:

What you may have noticed here is that we've left out the Crystal Fiend - the final boss. Well, not to worry, we cover that monster in the next section - all about the event itself!

As we alluded to earlier, defeating the Crystal Fiend is the ultimate goal for the player on every planet as defeating it signals your victory of the Crystal Scourge on your planet, and from our game's lore, this purifies the planet.

Therefore, we wanted to make our first community event targeting at the Crystal Fiend as if we encourage the players to fight and defeat the Fiend, they would have played through the first cycle of the game - making any event that targets the Fiend an ideal stress and experience test for our game!

Yes, this is a video of the Crystal Fiend being defeated,
but as this is the goal of the event it fits our event very well!

The goal of the event is simple we have set community goals to defeat a certain number of Crystal Fiends. The first goal is to defeat 1500 Fiends (as a community) which unlocks a Worker Skin as a reward, there are then 2 other targets (more than 1500) which unlock additional rewards.

This is the event screen in-game.

How to Play Hash Rush

If you would like to play Hash Rush, nothing could be simpler, all you need to do is register an account on our website, download our client, and enjoy the game. Hash Rush is a Free-to-Play game and currently has no payment system at all as we do not believe in monetizing it until the game is much further along in its development (features/fun/stability).

If you need any help, you can join us on Discord (our main community hub) or Telegram (our secondary community hub) where our community and developer team are ready to chat with you and help you out.