Last weeks I've been pushing the Knightmare Lands forward to implement different features for the showcase and today I want to tell you about the most important things.

The nearest DevGAMM conference will take place in November (21-22nd). It seems there is a lot of time ahead... but in fact, the deadlines to submit the game are much closer.

Last weeks I've been pushing the Knightmare Lands forward to implement different features for the showcase and today I want to tell you about the most important things.

On the last week, I've completely redesign the whole progression system in the game: instead of leveling up the heroes' skills, player will spend the earned points to take perks. And there are a lot of different perks planned! 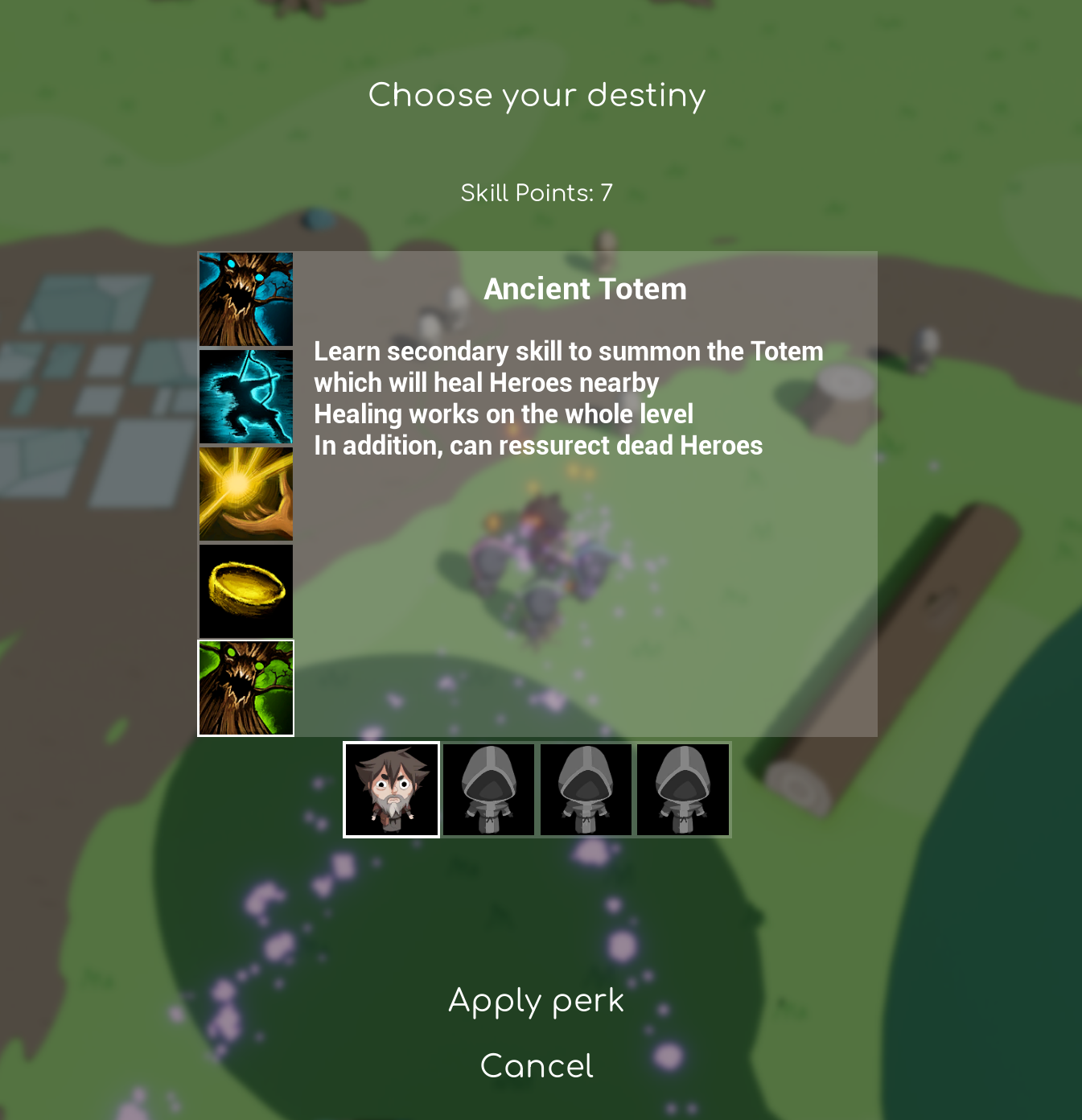 The whole system is much more straightforward and allows for more customizations and different play styles - player will be able to choose from dozens of perks, starting with simple "Add more scores" and not ending with perks which can add new abilities or change the basic attack for a selected Hero.

There are three main types of the perks: 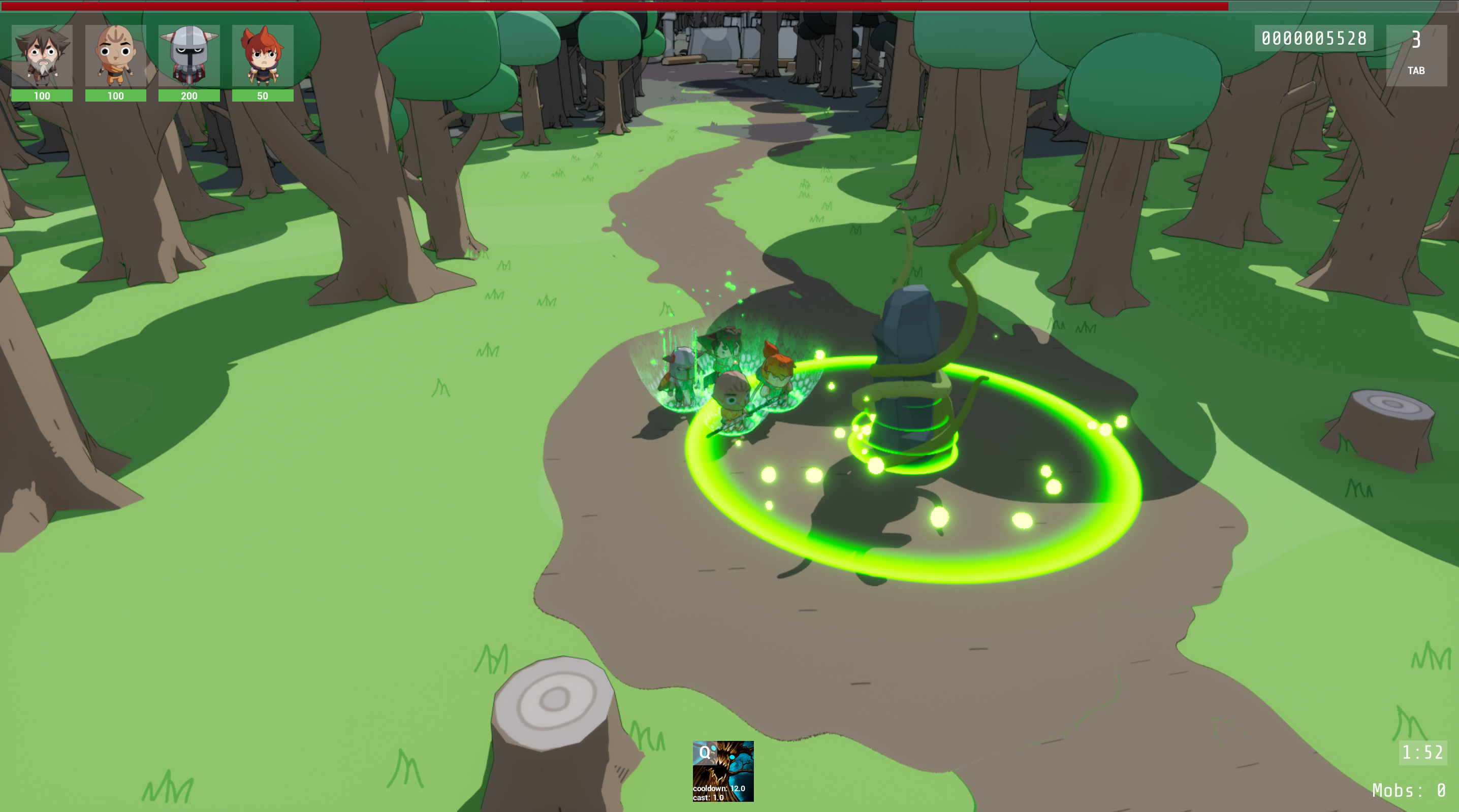 Most of the group and hero perks can have multiple grades, increasing it's effects. Those perks will be saved for the specific Hero and even if player will replace the Hero to another one, later the old Hero can return back to the group with all learned perks.

The second important part of the game's updates is exactly about group composition. From now on, player can replace Heroes right in the game, combining different classes and adjusting the play style considering different enemies and obstacles. It's heavily based on random - all the heroes replacements can only be dropped from the killed enemies, and player will decide if they need to take the replacement or drop it this time. 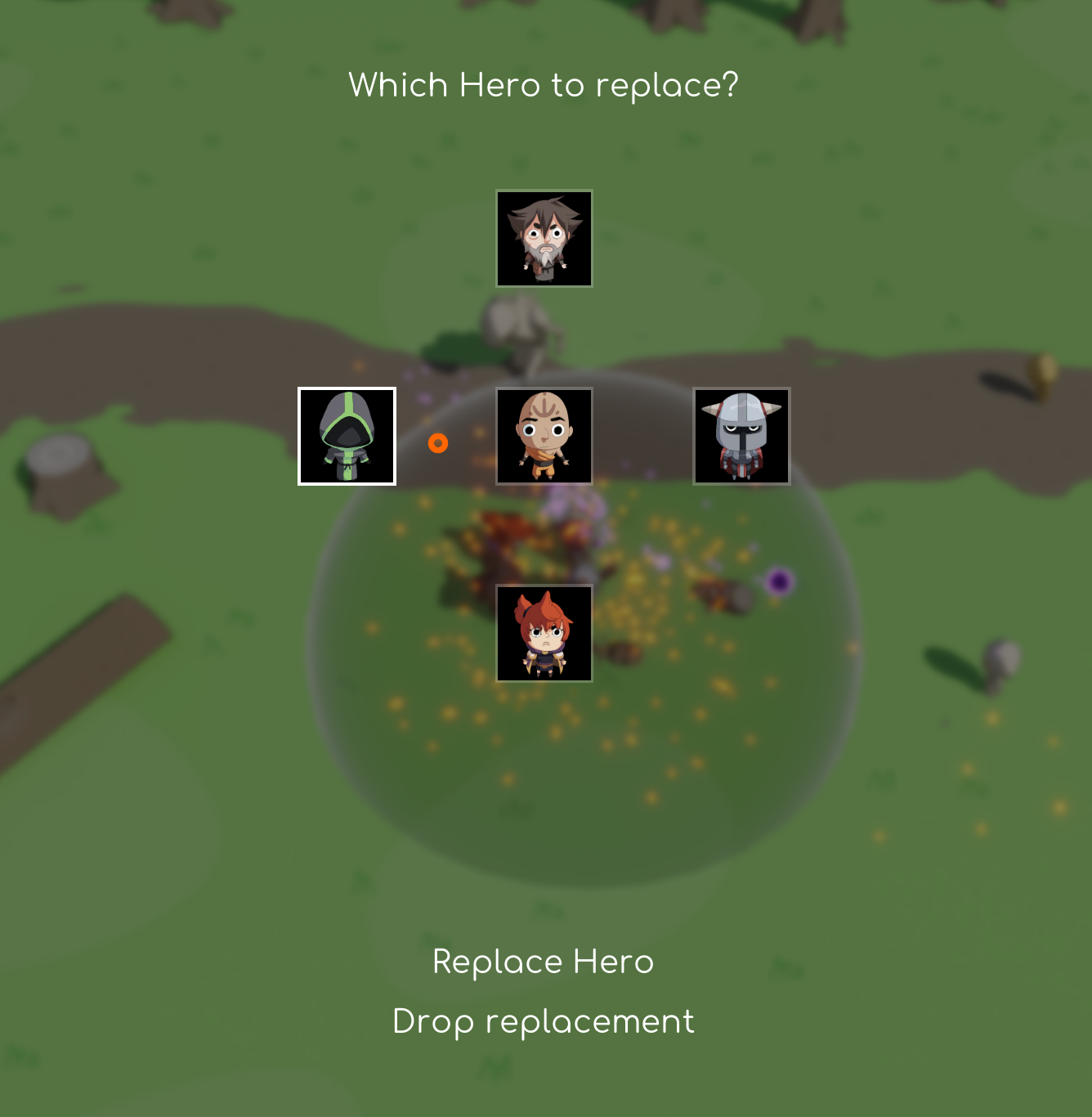 There are a lot of minor changes, fixes and improvements, anyone interested in details can look into the Discord channel for all the commits history.

Of course, I've started to work on the new levels: I've decided the game should have non-linear elements to add some exploration and maybe backtracking. 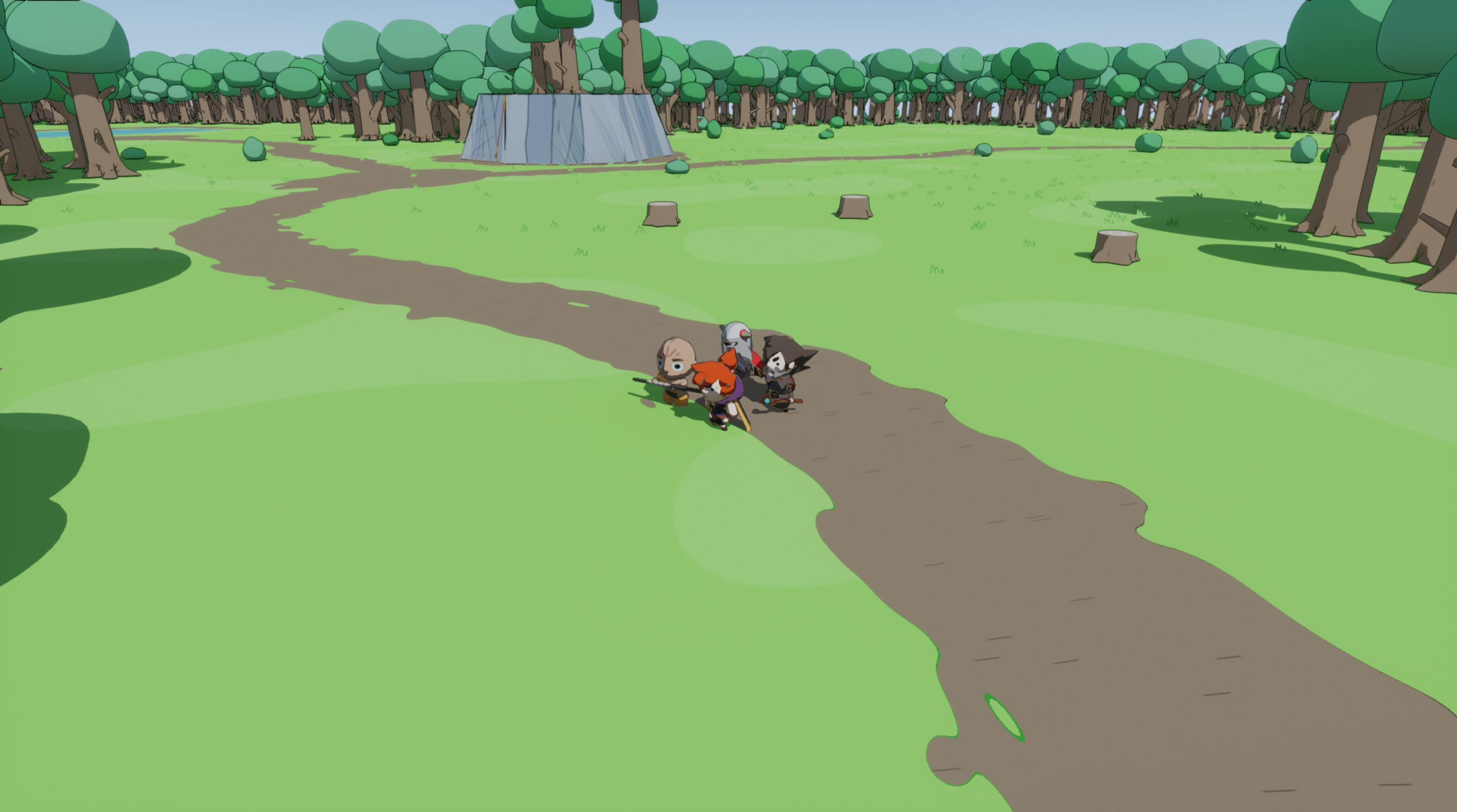 Improved the player's movement system to use the proper navigation system 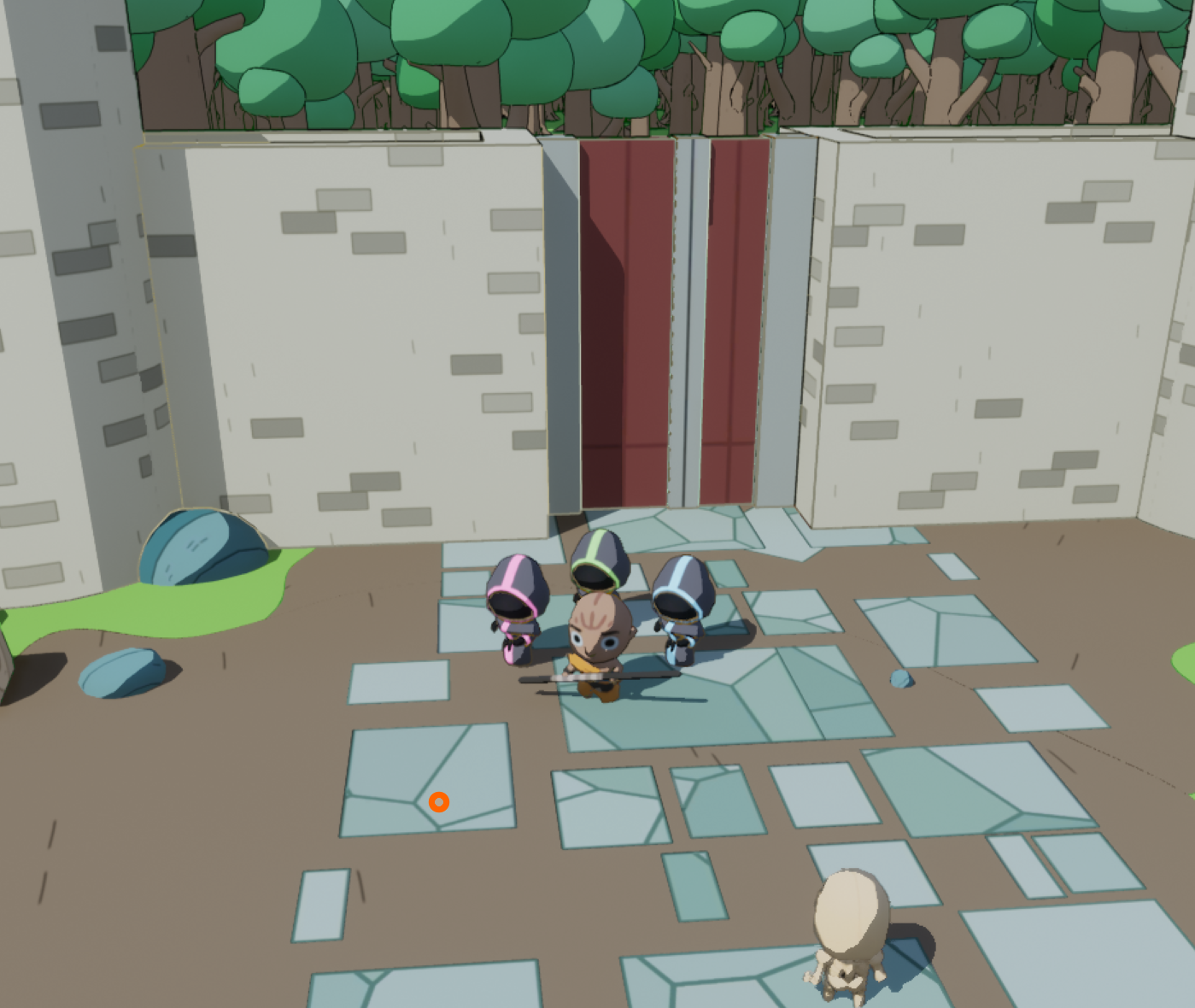 I'm not even talking about the whole bunch of bugfixes...

Anyway, there are still the far road ahead and hope to see you on my next updates and at the DevGAMM! Knightmare Lands is on Steam