Pushed an update early to fix an issue with vactrack connectivity.

Posted by CorrectureGames on Sep 6th, 2020

Was initially going to have a longer dev stretch for the next version, but found a bug I wanted to fix so I've uploaded version 0.38 early! It's a fairly small update overall though.

- Flowers added to flower farm.
- Fixed issue where nested vacstations would not connect networks properly when nested.
- Fixed being able to build more than one city hall etc.
- Fixed fire sound not despawning.
- Fixed notices going haywire when changing resolution when a city is loaded.
- Fixed vegetation shader not lighting back of (cereal, legume, flower) particles properly.
- Fixed being able to click and drag to place several city halls (for example) and other

The bug I wanted to fix was where nested vactrainstations sometimes wouldn't figure out what was connected and what wasn't. This should now be functional. The scenario below would not work properly: 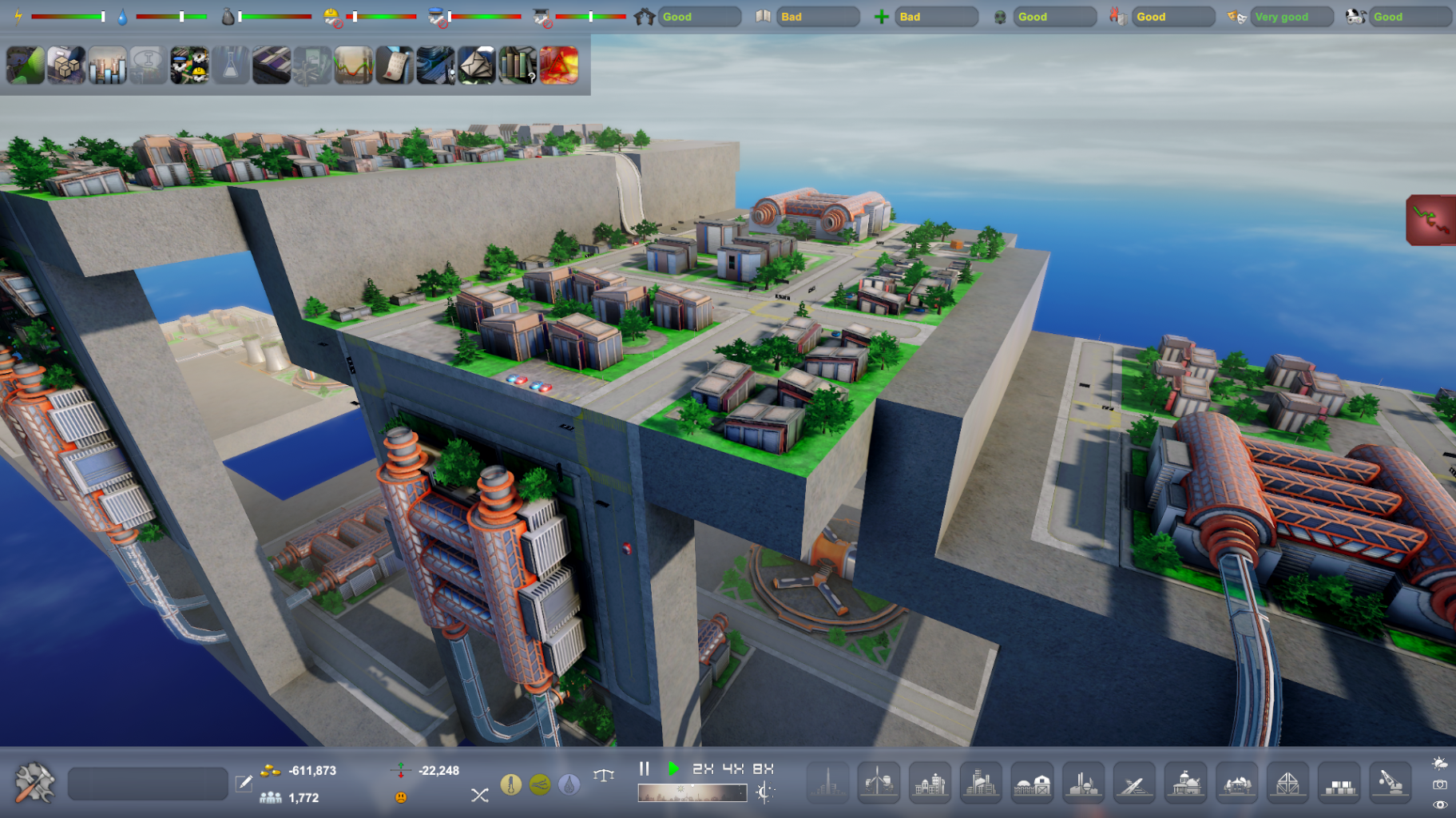 Not in the update, but something I've worked on this week is the mayors house - an upgradable building that adds a bit of culture, but mainly boosts surrounding property value. 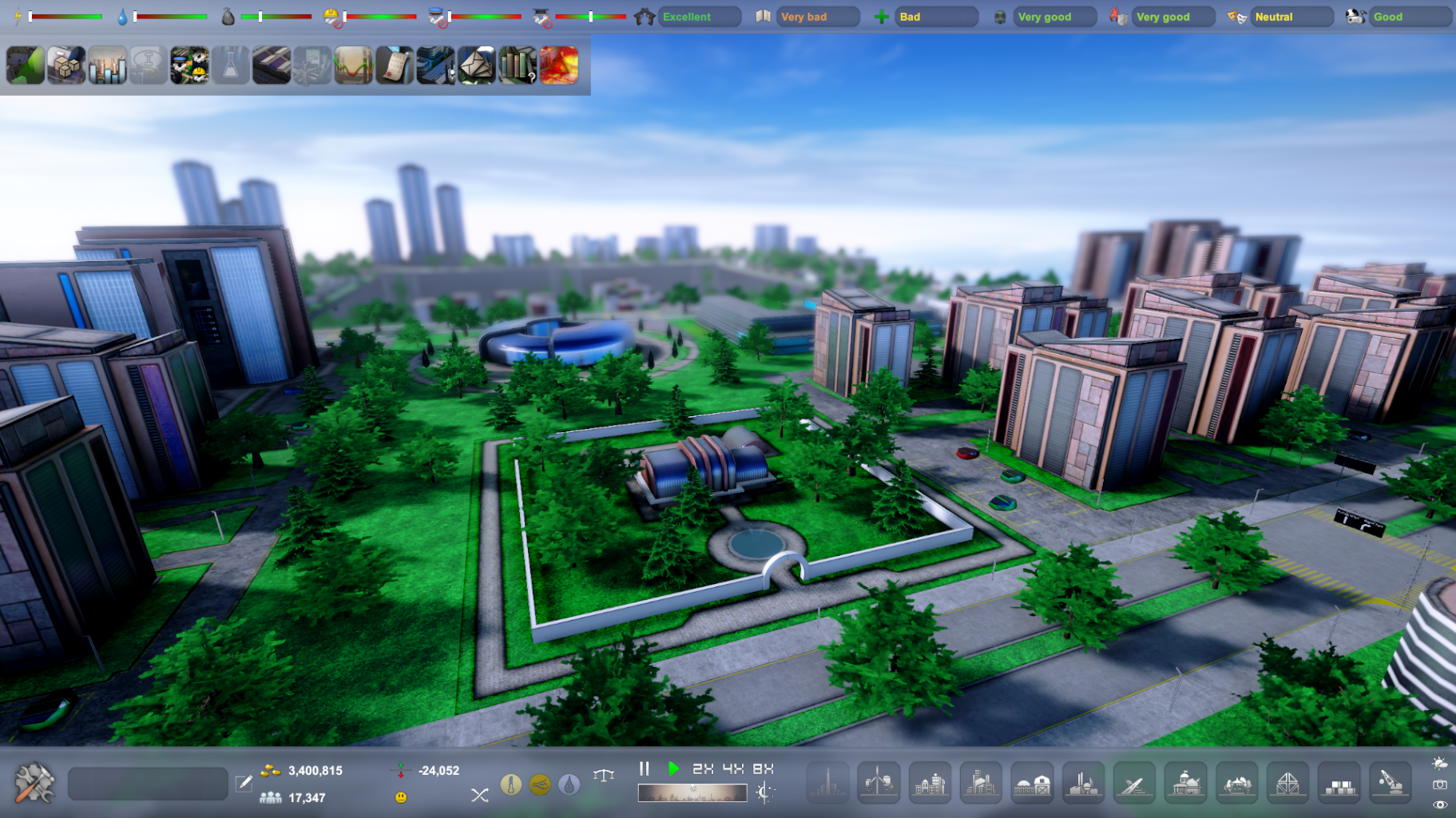 I've managed to fix the issue with the vegetation shader where the "backside" of the billboard wouldn't be properly lit. Now it's consistently lit regardless which way the billboards are facing. 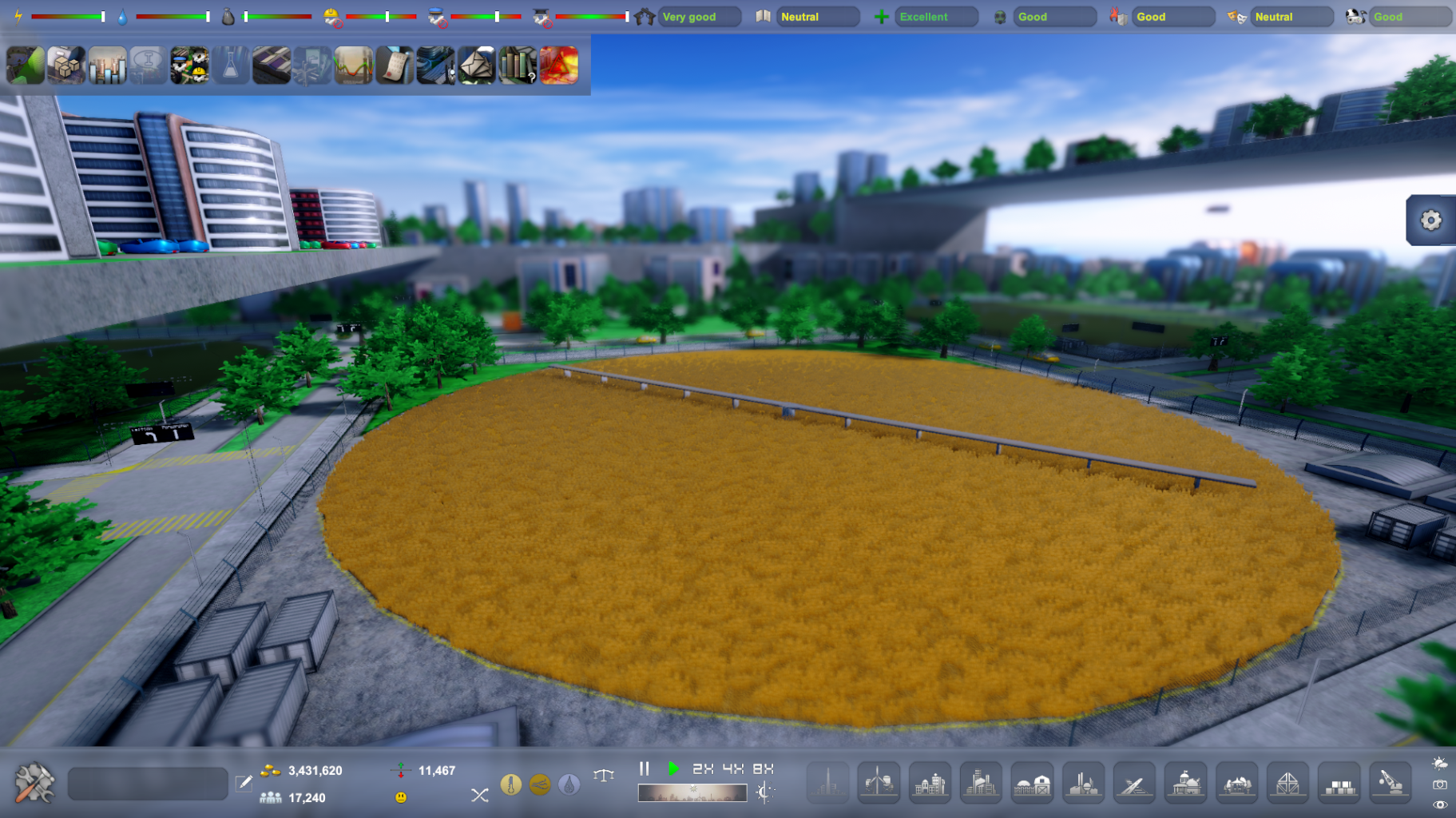 Using the same technique as above, I've also added in flowers to the flower farm: 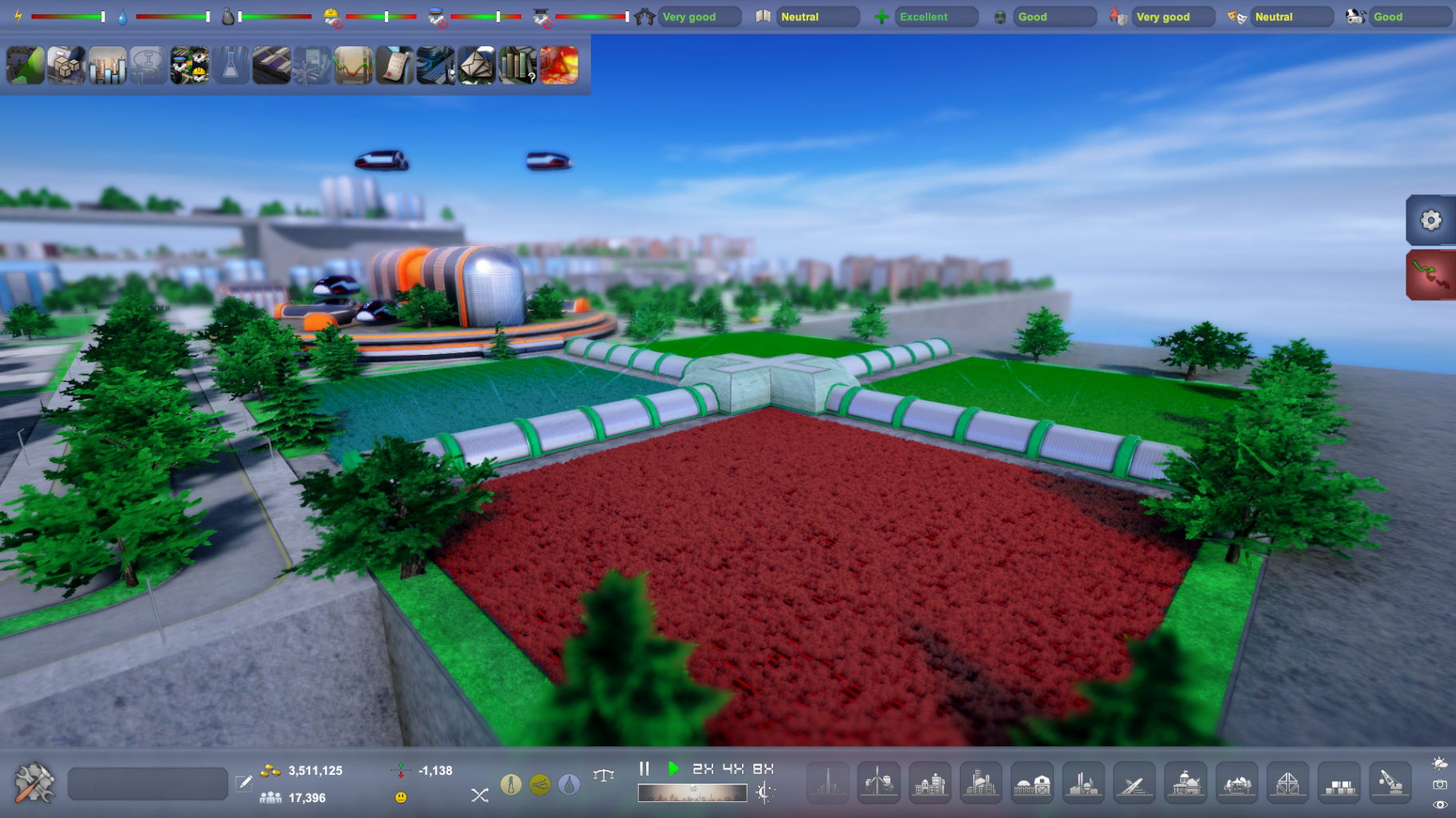 I've also added in more street noises, fixed the block placement issue (properly this time) and fixed notices losing their anchor position when resolution is changed in game, among other things. 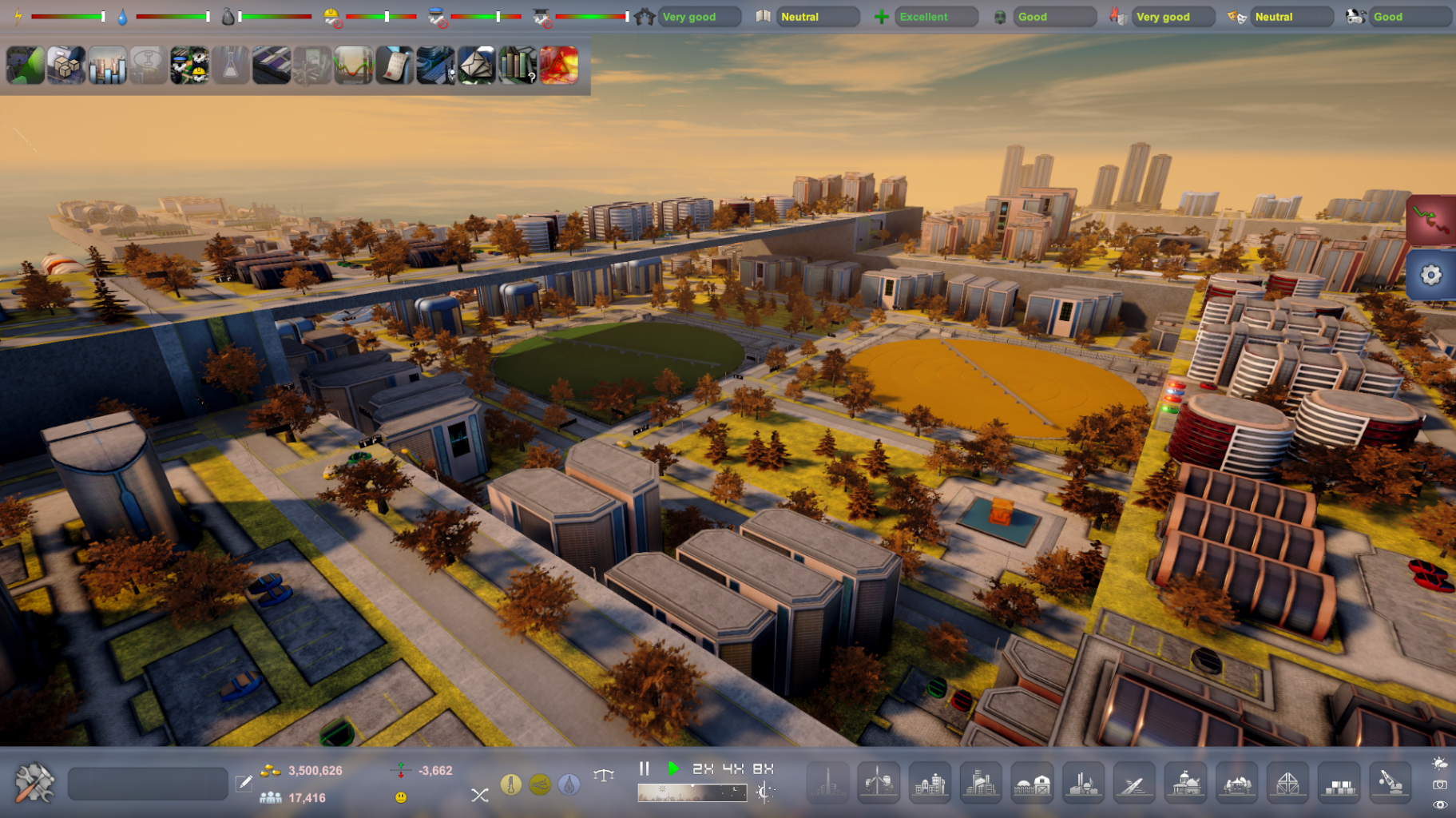