Hello,
I've been a not inconsistent on the subject of when 0.24 would release, first saying the 15th and then the 22nd. I've found an issue with building duplication that I wanted to have fixed, so I've decided to push a smaller version of 0.24 through today. The next version will then follow march 29th.

Tweaks
- Plop costs adjusted (up). Primarily for tier two and tier three production.
- Hydrogen power plant given consumption priority. Also fixed that it wasn't added as an economy unaffected building.
- Super absorbent production increased.
- Pre and grammar school, clinic, hospital and police department are now prioritized labour consumers, ie. will be prioritized when it comes to being given labour.
- Commercial and industrial labour demands adjusted up a bit.

Bug fixes
- Found bug causing duplication of buildings. Affected buildings is the 2x2 middle class first density commercials. If this happens, the file size will have bloated and loading will be slow. This autoresolves if you load the city now. First time around loading will be a bit slower, a text ("Resolving duplication...") will be displayed and the progress bar will stop before reaching 100%. Just wait this out and the problem will be fixed and resaving the city will make load times normal again. Depending on how many duplication have occured, this might take a while. Should it fail to remove all duplicates, reloading the city should resolve the remaining problem buildings.
- Fix for advice when unemployment is high or there is a shortage of labour fixed.
- Fixed bug where hydrogen was not persistent (ie. needed to be produced every time step instead of the surplus being stored).
- Fixed lighting on bridges.
- Fixed the citizen board from requesting the same policy twice. Also added a cool down so that things aren't requested too often.
- Fix for road connections not working when roads were placed in a u-shape.

Other
- Adjusted top bar sliders to use the entire slider.
- Policy cost data is loaded as soon as policy window is opened (assuming things have been calculated). 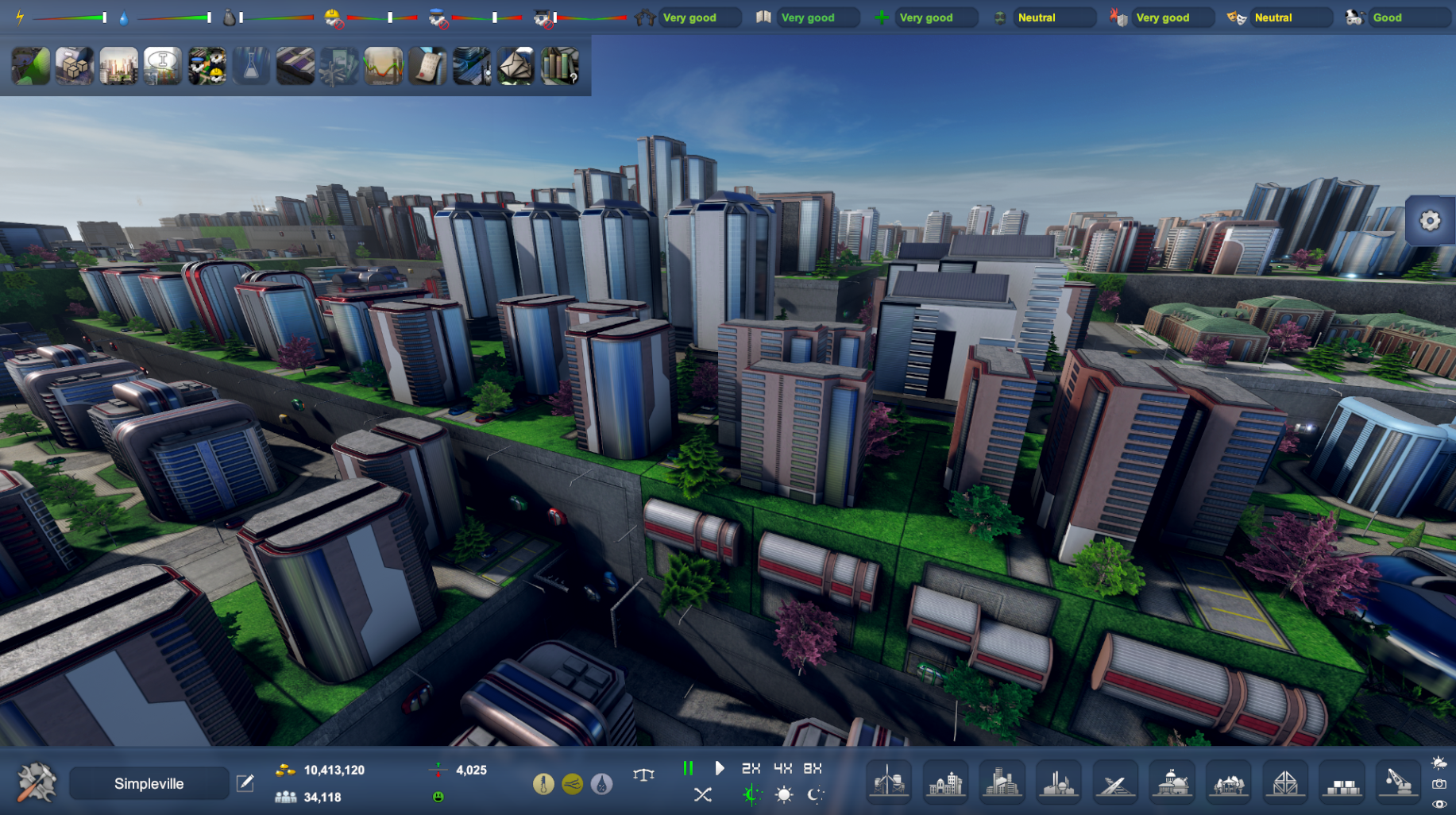 The third density of 2x2 residential buildings has been added into the game. This means 2x2 residences can now start holding fairly large amounts of people. In the upcoming version their demands and the density checks for when a building can grow will be adjusted. 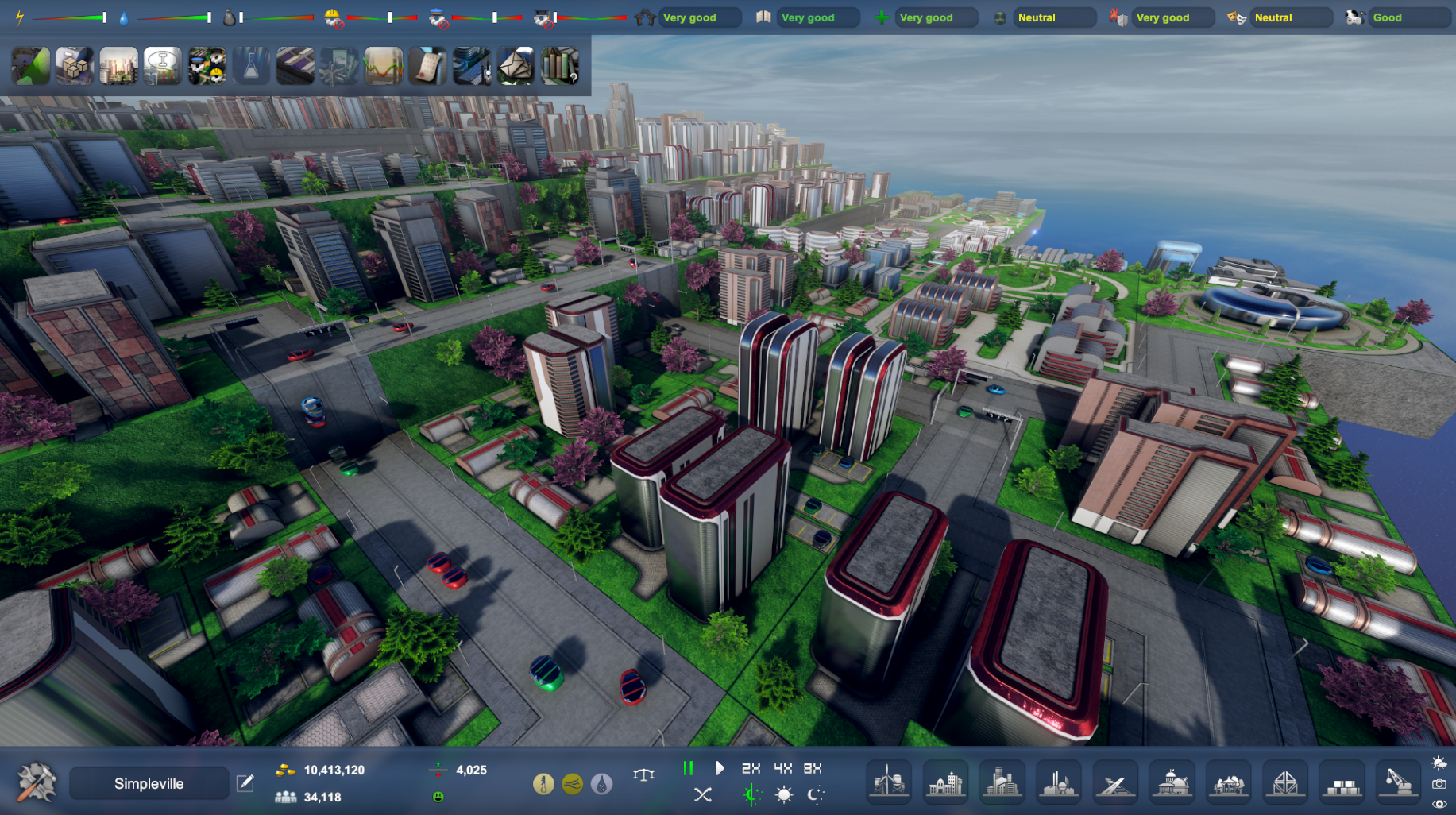 Building plop costs have been increased slightly, in particular for later stage buildings. Consumption priority has also been changed to ensure that some buildings are stocked with labour first - this is to avoid central utilities from not having any labour. Commerce and industry now also requires slightly more labour. 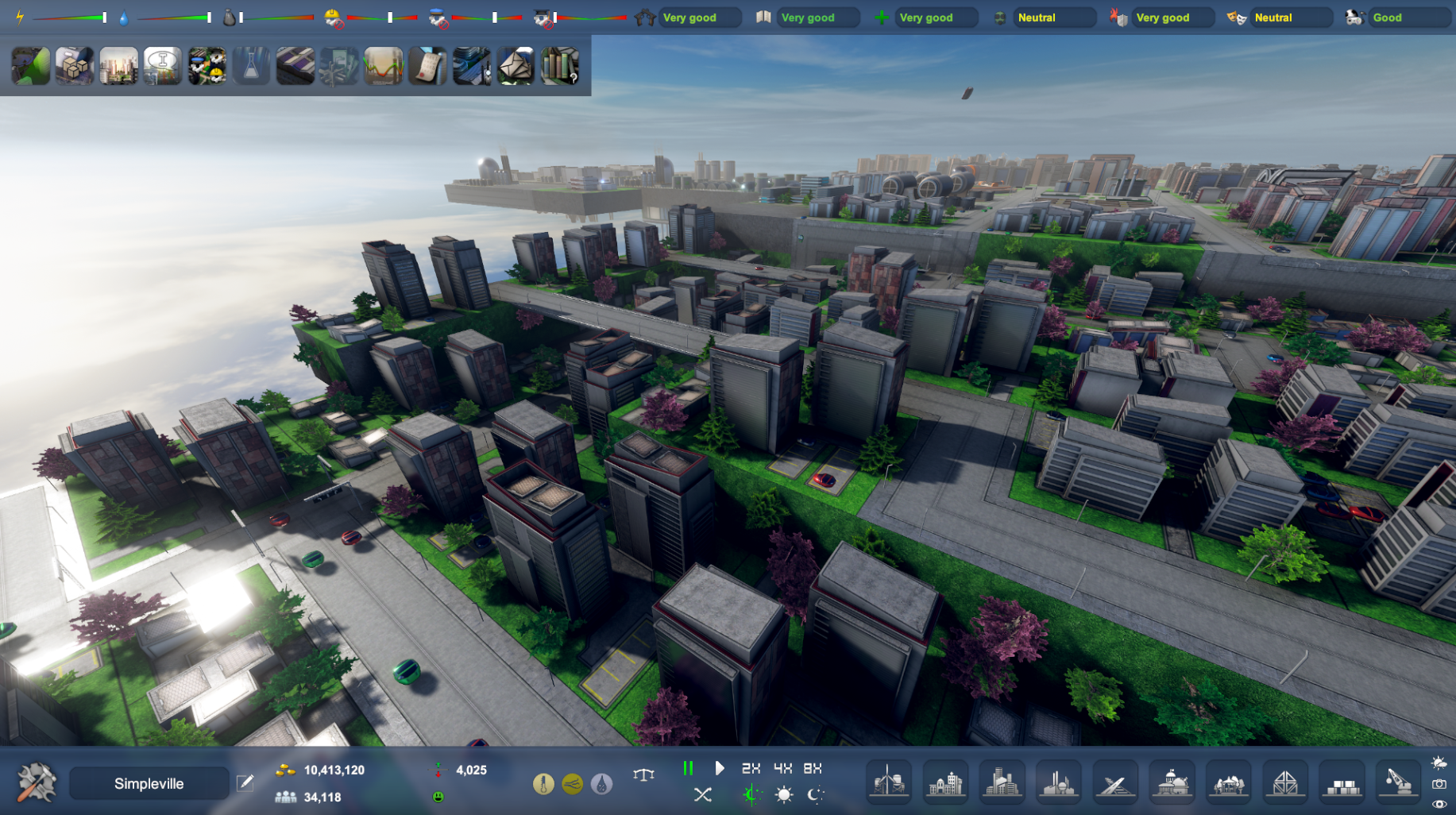 The building duplication is due to the deprecation of the effector type in the previous vesion. This is due to a script accidentally being left on two buildings. If these buildings were in a city, they would result in two buildings being saved each time, meaning new buildings were added exponentially. If this has happened in a city, the save file will be bloated and take very long to load. Performance will also be affected. This will be fixed automatically when loading a city, which means initially loading a city will take a bit longer.
I've also added modifier descriptions to the modifier window to avoid cramped tool tips. 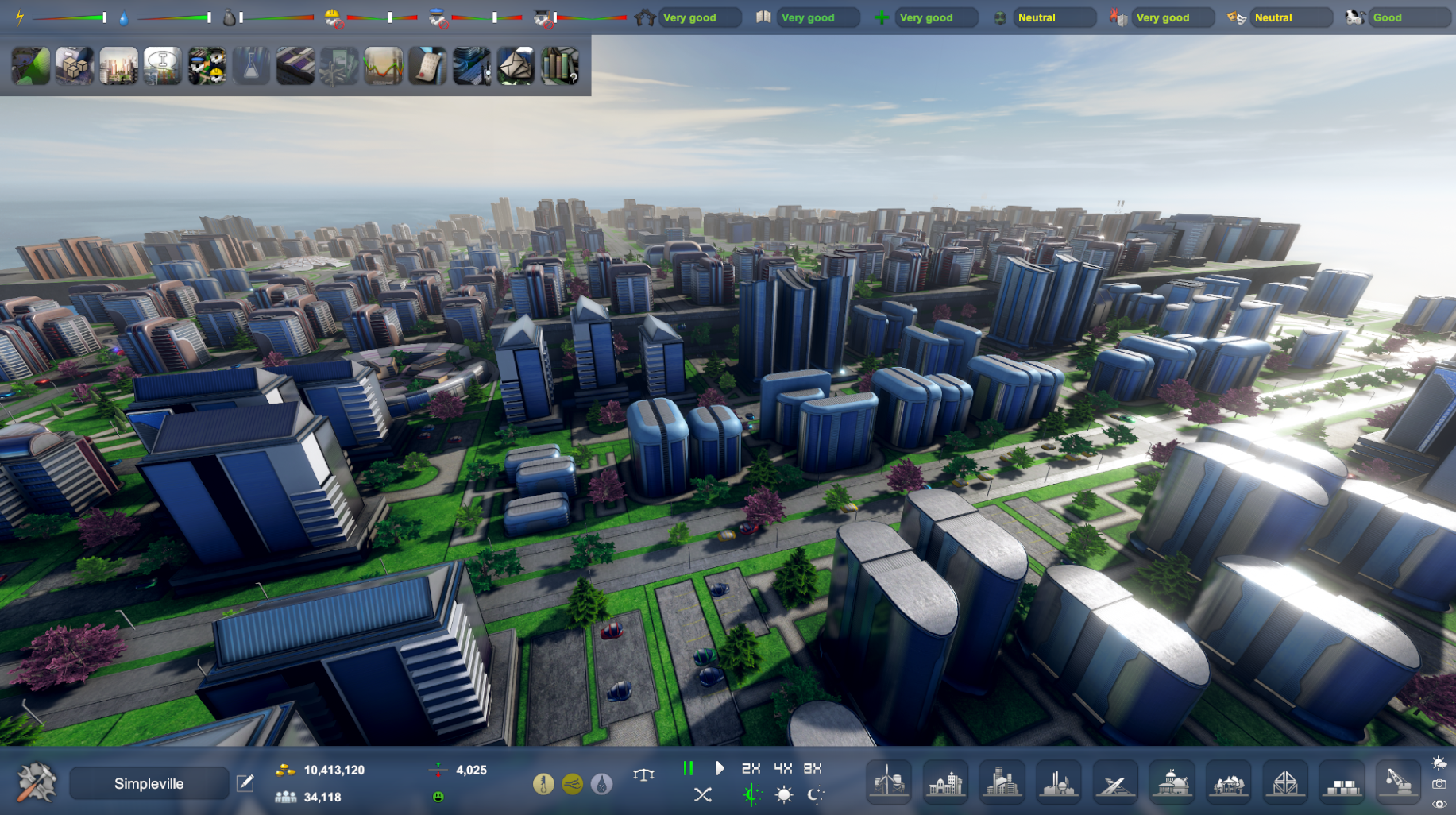 Fixed lighting on bridges and also road connections not working properly when roads were placed in a u shape in tight corners. 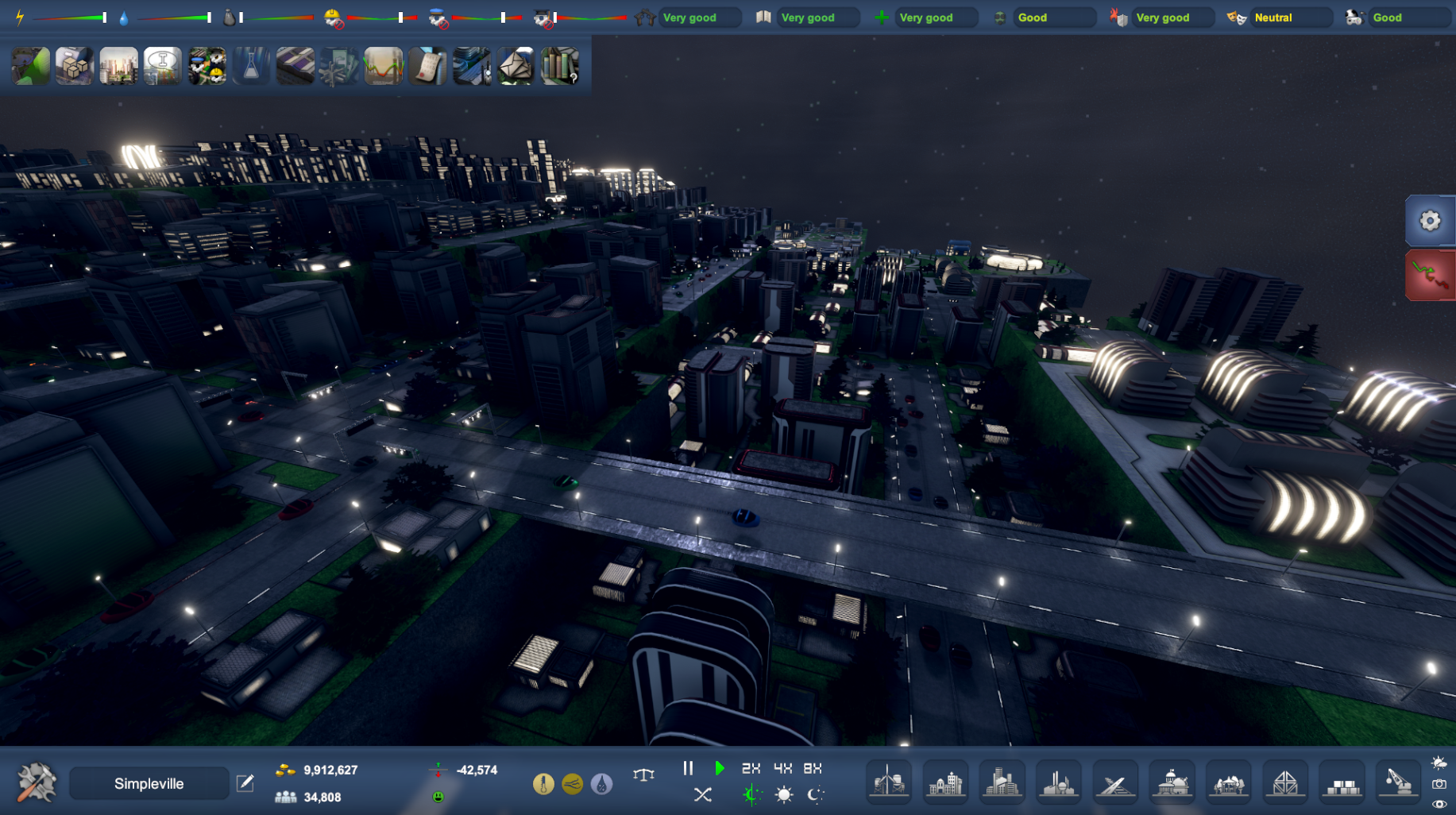