Monorails, new resources and factories and a bunch of fixes!

Posted by CorrectureGames on Jun 7th, 2020

New stuff
- 3x3 concrete, steel and glass production facilities added.
- Flower farm added. Flowers can now be produced.
- Dyes factory added. Dyes can now be produced.
- Textiles factory added. Textiles can now be produced.
- Monorails added! They currently don't spawn trains though. This is an early iteration, so many changes still to come.
- Local area effects now non-linear. Before the effects of for example crime, poor health and poor education would be added up. Now a neighborhood might have poor health levels, without taking quite the same efficiency hit. However, when more than one aspect is poor, then it takes a bigger hit instead.
- Vactrains updated. Some more tweaks coming as tram/monorail/vactrain systems receive more love.

Tweaks
- Vactubes made smaller (-25%)
- Changed modifier crate drop frequency and they now only appear near buildings. They also give off a light when they appear.
- Camera controls and gameplay tutorials french localization added.
- Moved farms to its own category (food prod.)
- Trash notice was displayed on load, fixed.
- Better and more consistent collision detection when placing/demolishing buildings.
- Improved loading performance. Improved on placement times (the first part of the loading bar). Also improved road connection calculations. This is the last bit of the loading bar. More work on loading performance remains, but this should take a fair chunk out of loading times.

Bugfixes
- Fixed buildings sometimes not registering a nearby good (collision layer mishap).
- Fixed bug where nested vacstations weren't working.
- Fixed buildings not displaying production despite being in a network connected to a vacstation.
- Fixed vactrack train not spawning on load.
- Fixed bug where click and drag placing blocks in the center would not work.
- Fixed modifiers being mapped oddly (cereal modifier added fruit for example).
- Fixed descriptions of crates in the modifers and crates window.
- Fixed glossmap for 1x1 tier one residence
- Fixed traffic timestep being a bit slower than it should be when city has been loaded.

Aside from the newly added resource tree with flowers farms, dyes factories and textiles factory displayed in previous devlogs, public transport has been a big project this time around. There's a lot of work involved in getting this working properly, so it's not all there yet. But you can now construct monorails! 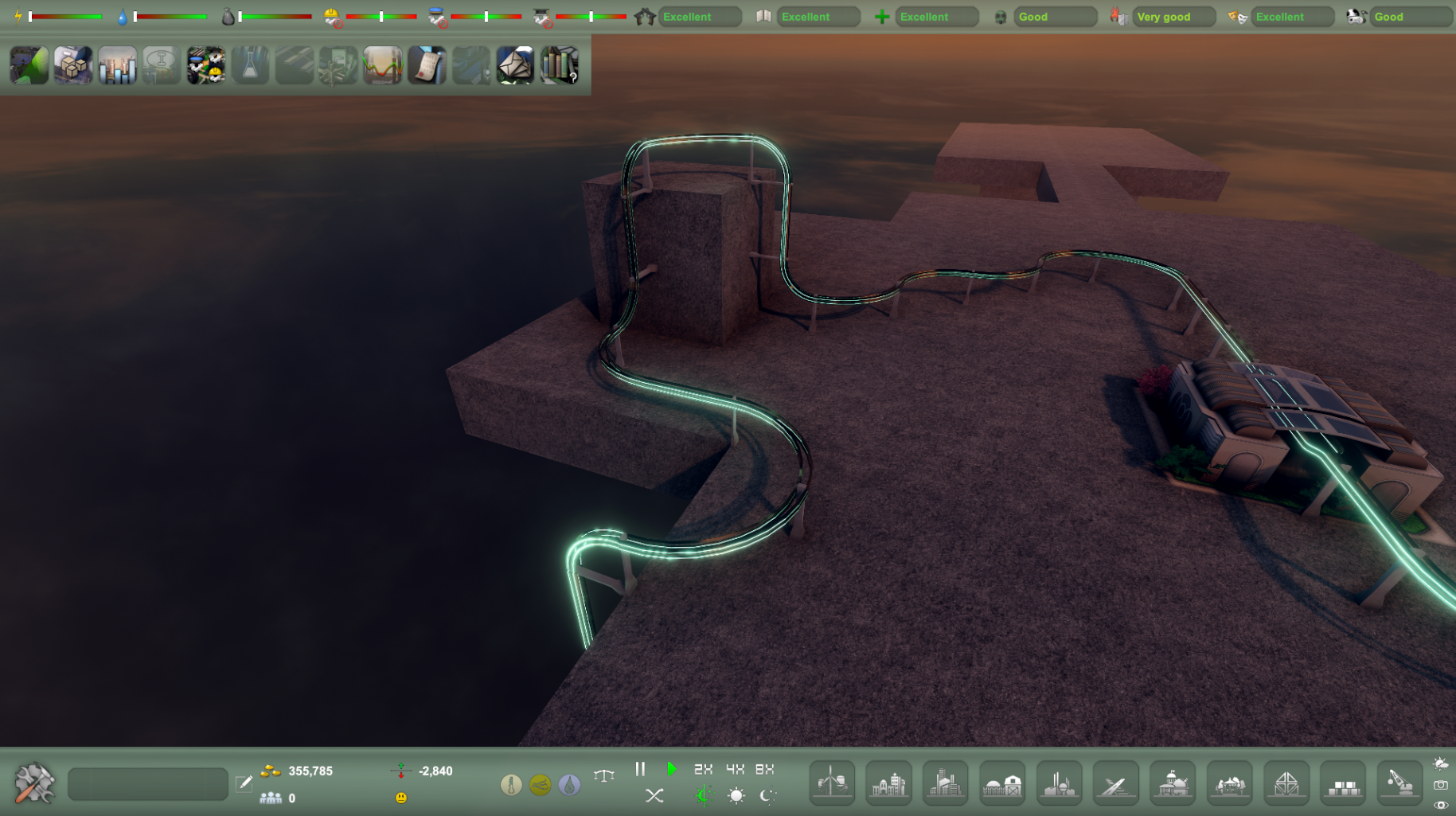 I had initially meant to add trams in first, but this requires a bit of additional work on how roads and road bound vehicles work, which I will be finishing up for next update. There's been some work done already, but this part of the code is currently a bit slow so it needs to be optimized before I can move further with it.
Monorail stations and connections can be built though, but won't spawn trains currently. Monorail trains will be a bit funky so they require a bit of additional work on top of the vactrain code that's already in the game. 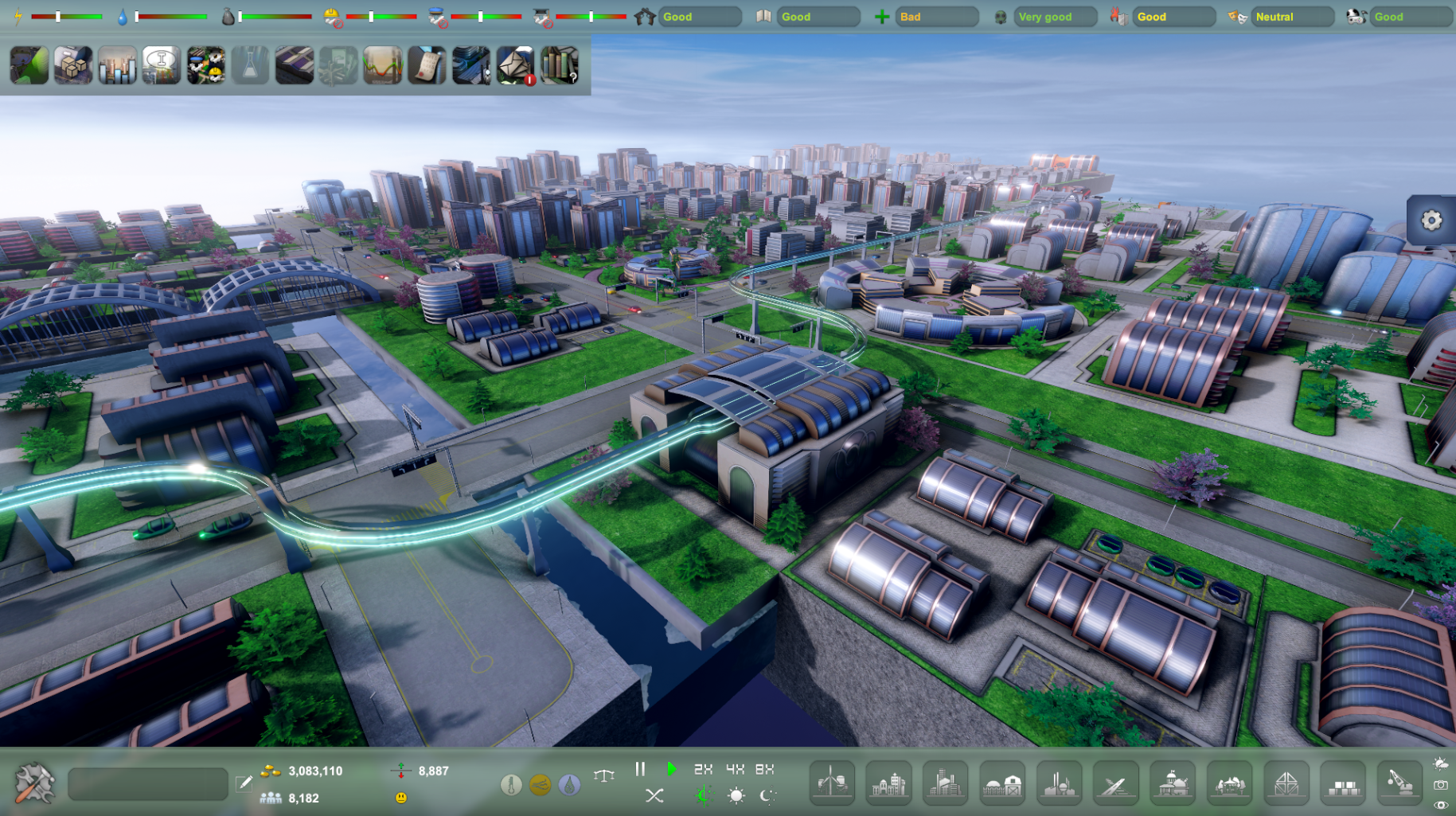 On the subject of vacuum trains, they now have wagons! I've also made the movement a bit stricted so they stay in the vactube! More work is still needed to tidy up everything and make it look nicer, but it's getting there! Here the train and wagons can be seen in a user made city (and an amazing build it is!!). 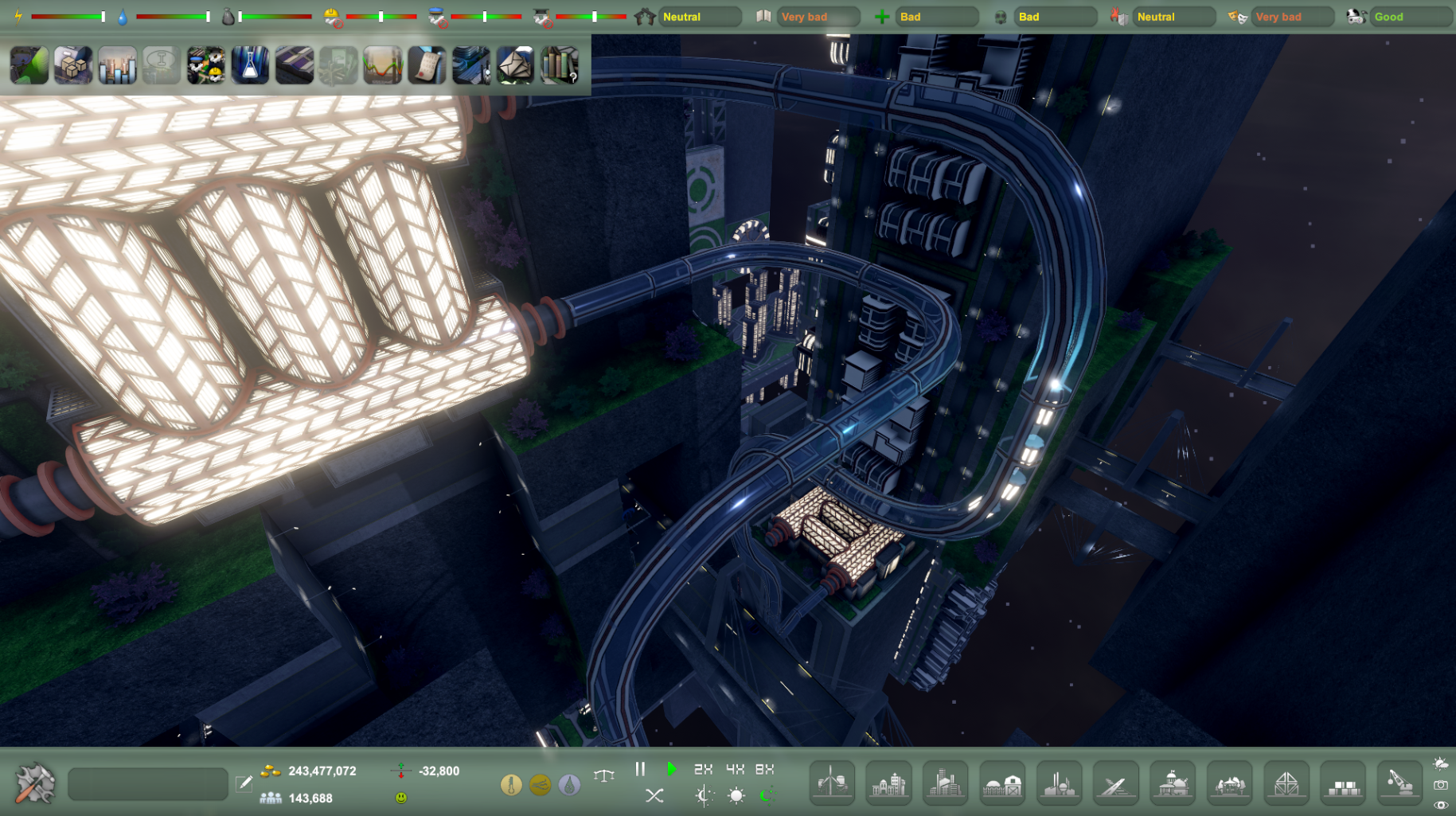 In this city there was an issue with nested vac train stations not tying together different road networks. This has now been fixed so that vac train stations work properly. Cities can now be spaced out on different islands and share resources as long as there is a station and proper connection. There still needs to be an atmoport near one of these stations. 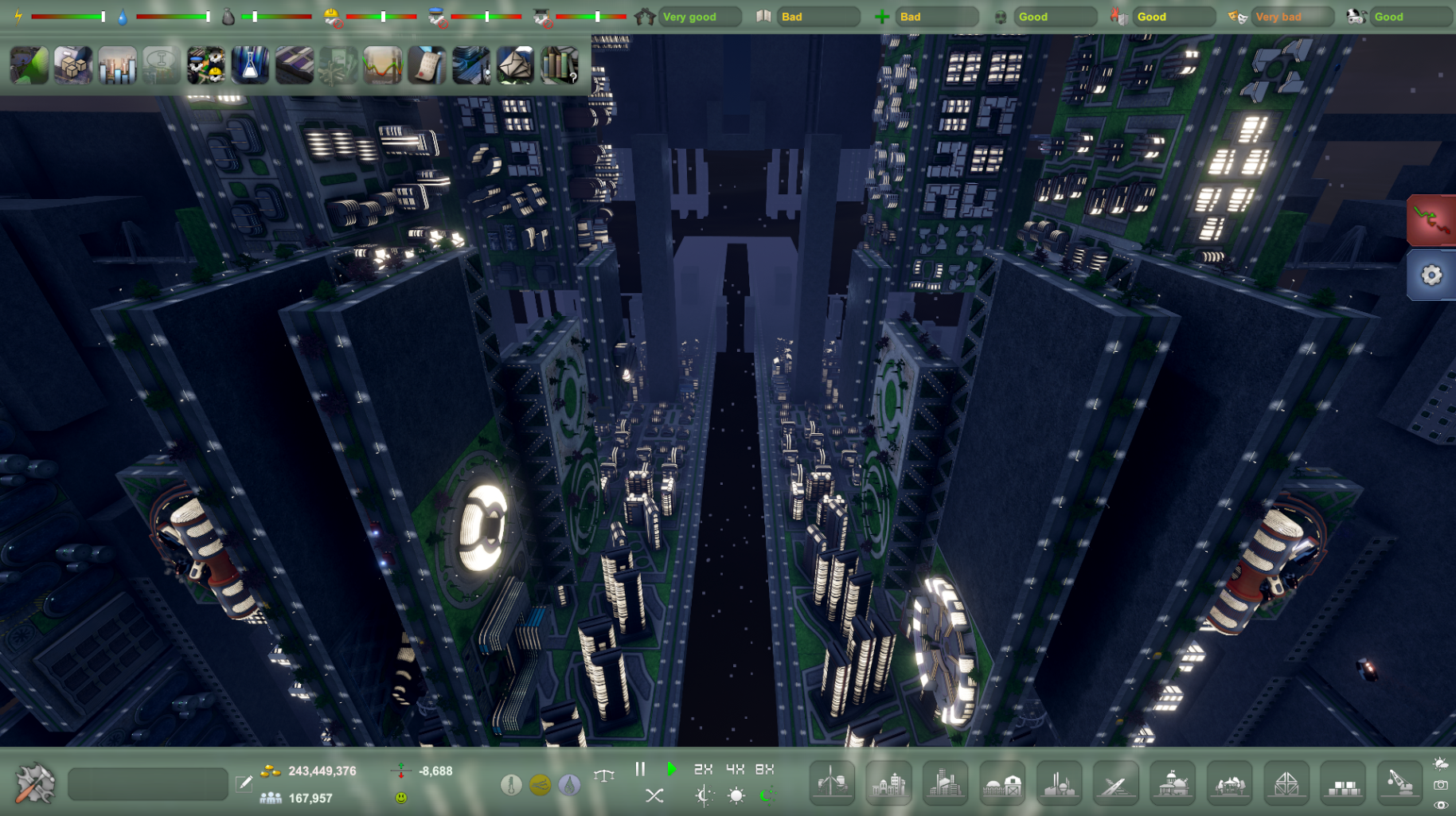 In the next update, there will be more public transport, some new decos, a first implementation of disasters (fire) and a bunch of other things. I'm hoping to have this version out monday the 15th!Here's another user build that I find really nice: 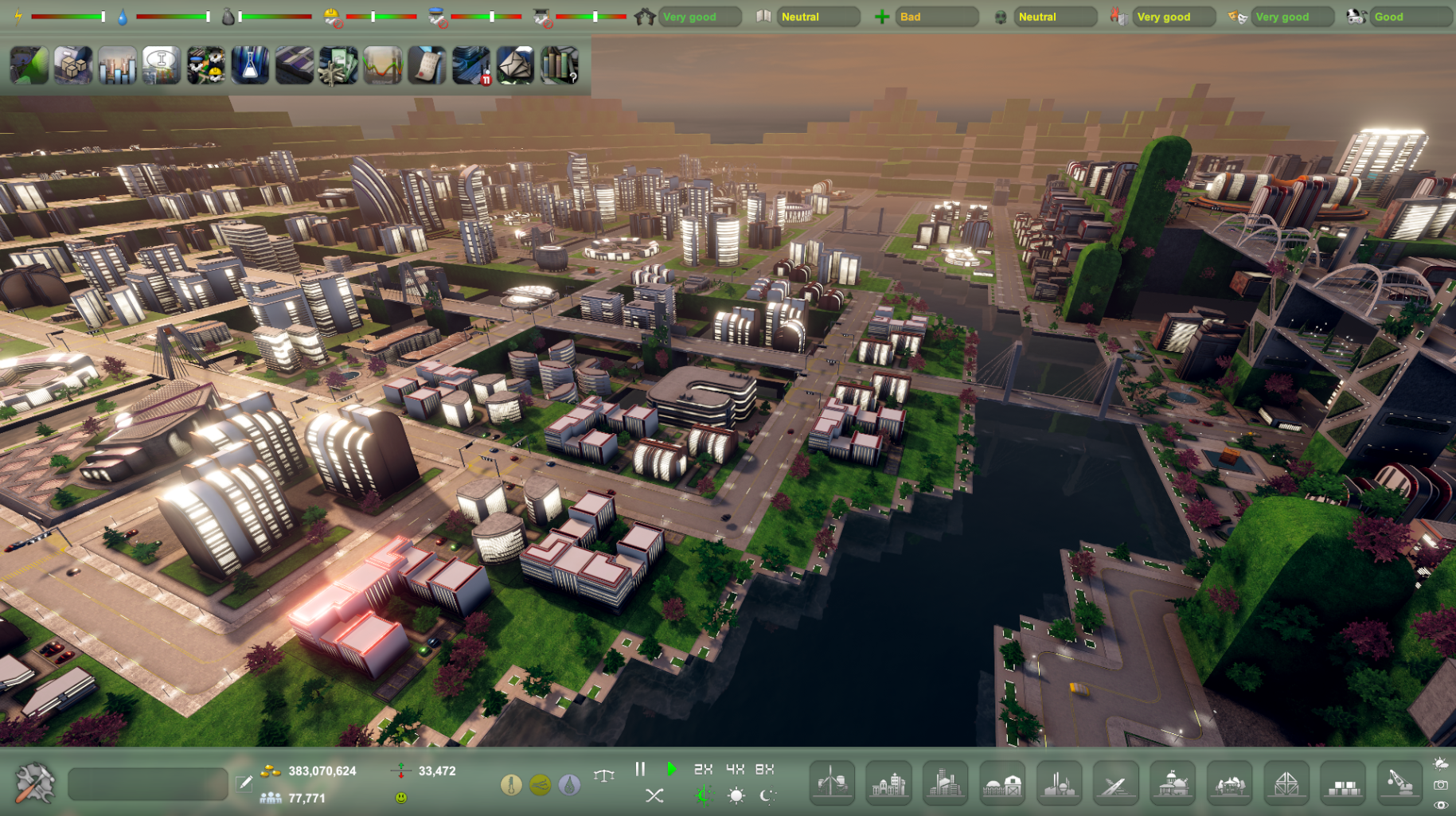 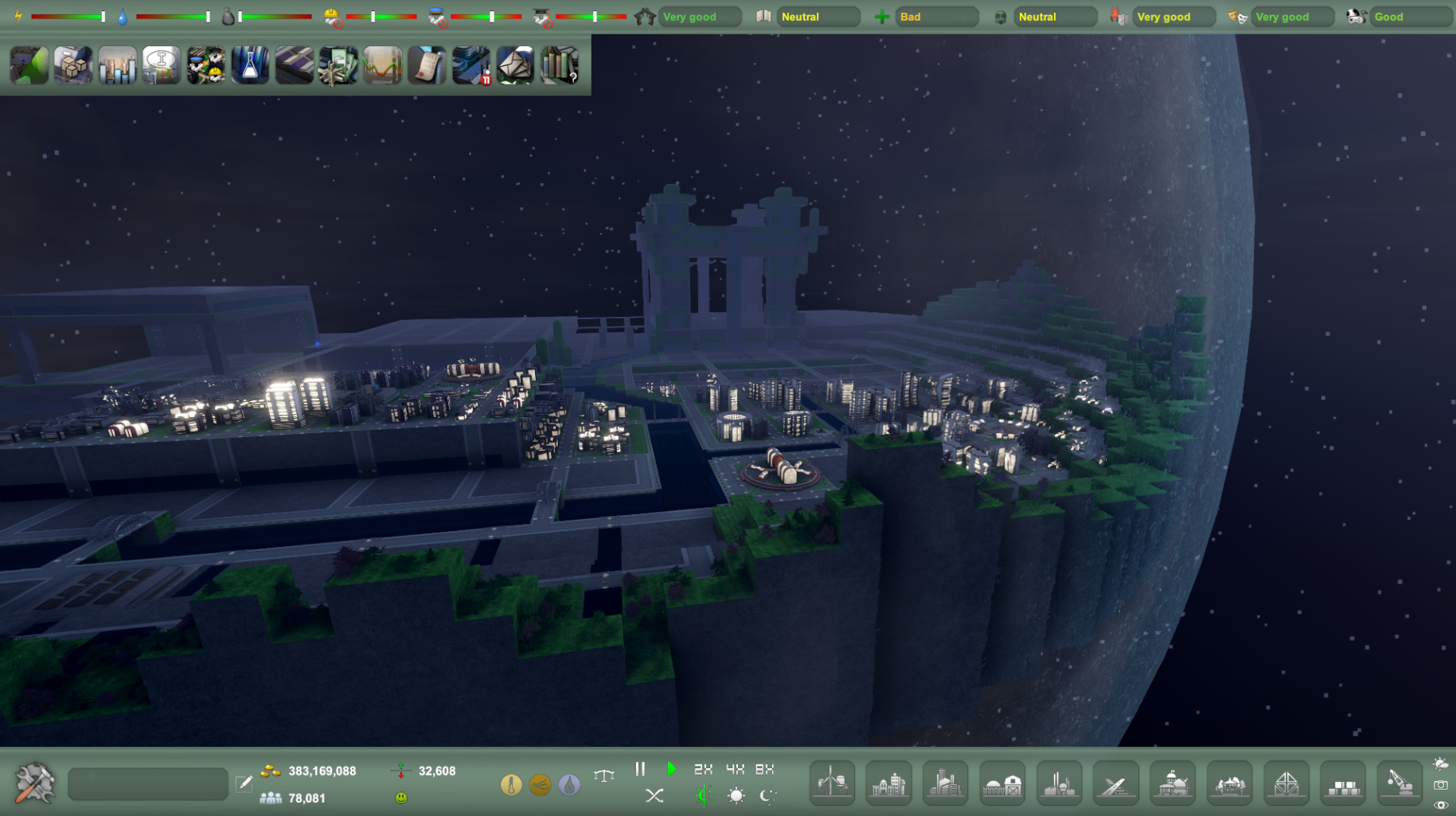