How exactly would you exterminate mortals as a fantasy god? Oh, there are so many ways!

Hello everyone! Today, I’m going to explain where you get combat abilities from, how they work and what is a divine skill.

In a battle, you have three skills as your main weapon. Those skills are tied to different artifacts, which means the equipped artifact defines your playstyle. For example, if you use Twins, the skyfire axes, you will be able to summon meteor shower and empower it with bringers of apocalypse. On the other hand, you can choose Daroust, the helmet of the darkest king, and raise rulers of the past from the grave along with their fallen servants. There are many more artifacts with various playstyles, which you can craft. 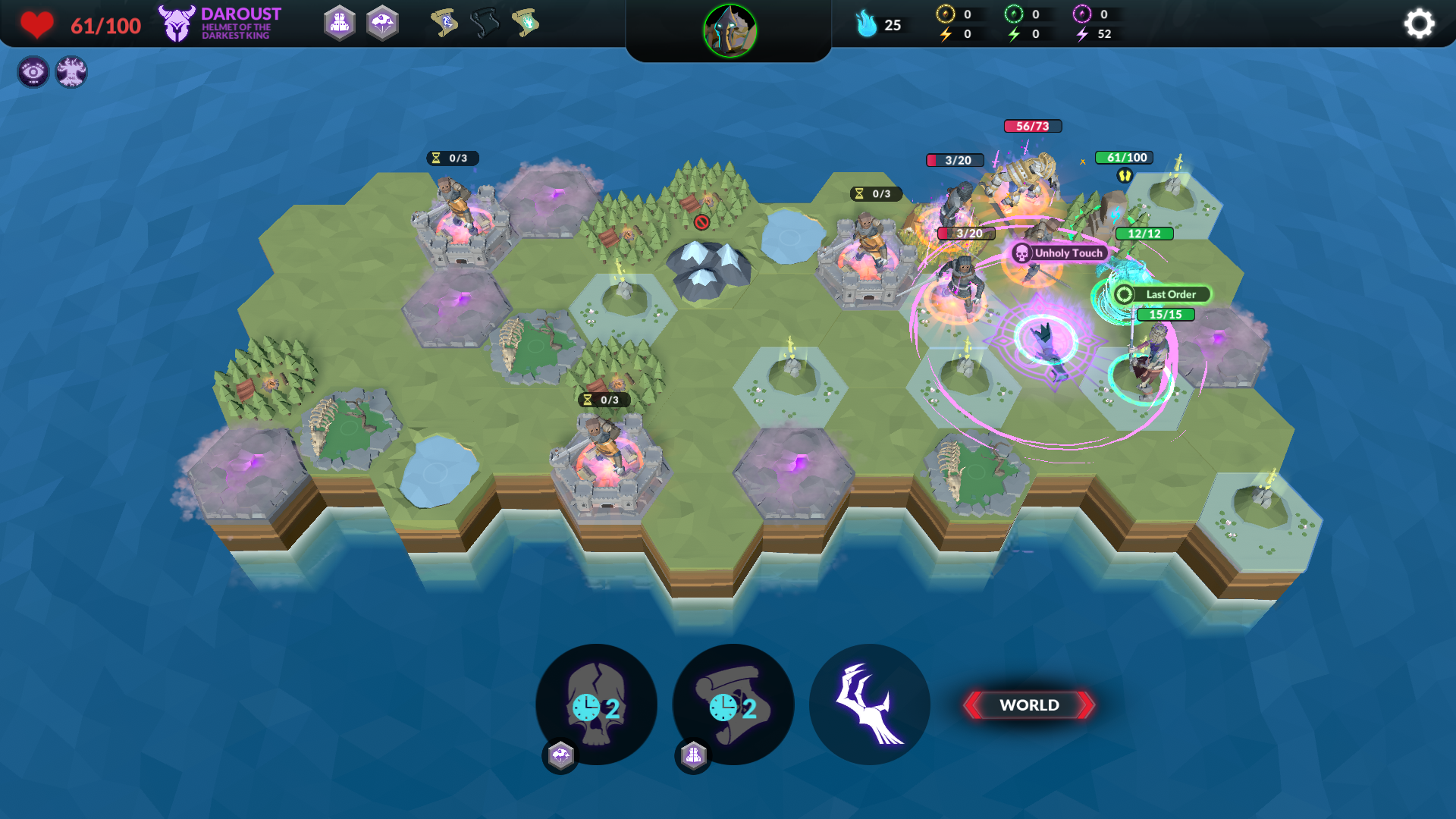 With different artifacts you can choose a playstyle to your liking and adapt to different combat situations. Let’s say, you are going to fight a possessed baron on the next continent. He feeds his inner demon with energy of weak units so it is a great idea to equip Laynate, the gauntlet, which allows to increase health of friendly units and prevent the baron from transforming into a demon. Fortunately, you can easily switch artifacts between the continents to be prepared for the next battle. 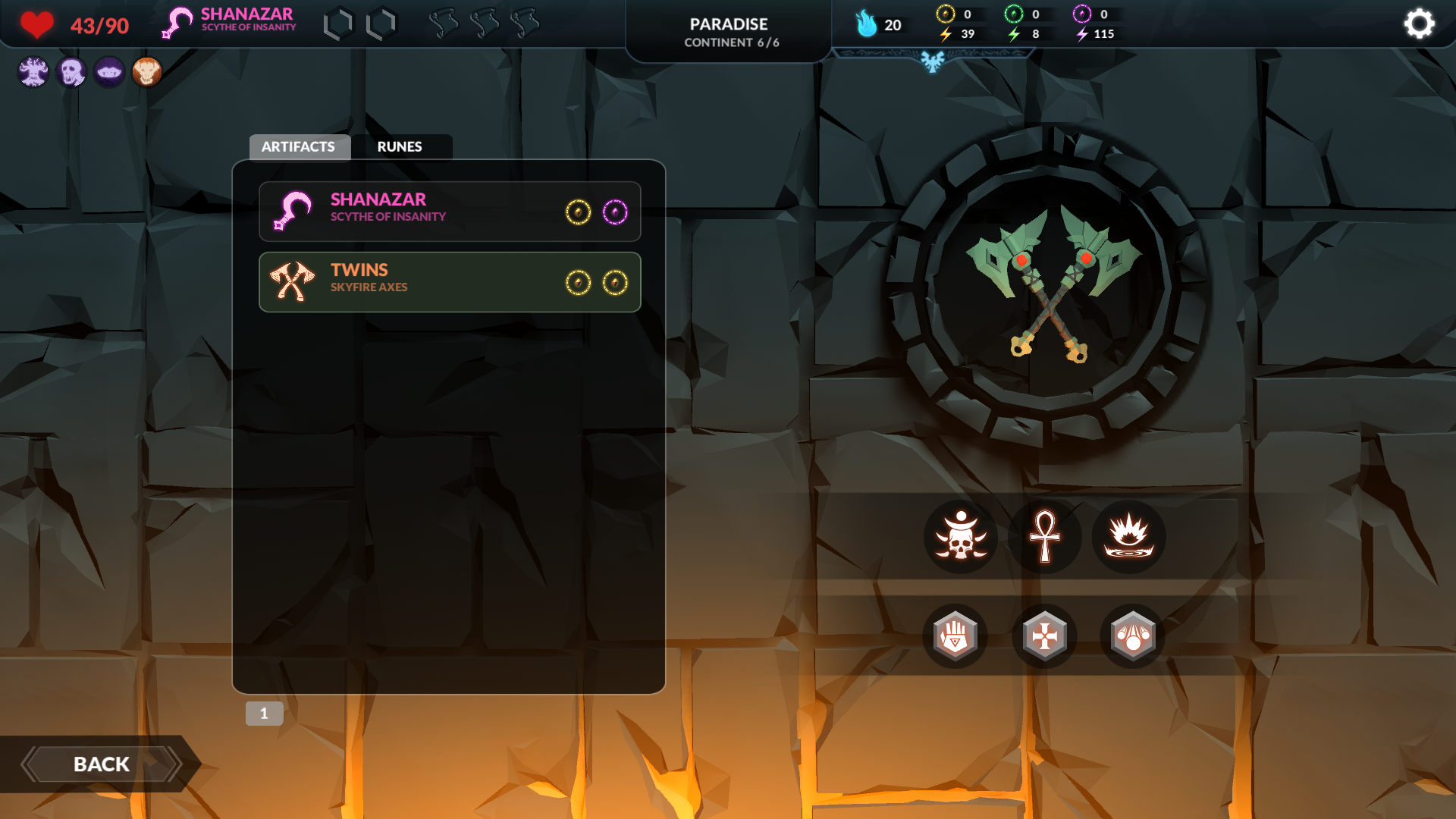 In the Forge, you can view skills of the artifacts you have.

To win a battle you don’t only need to destroy enemy heroes but also protect your shrine. There are different types of them, which grant you different divine skills. They can be used each battle regardless of the chosen artifact. For example, the Monolith Of Sky Heat allows to land a meteor strike — but only if the divine skill has enough charges. In case with the Monolith, the charges are gained when friendly units perform basic attacks. Each shrine type has its own condition of gaining charges. 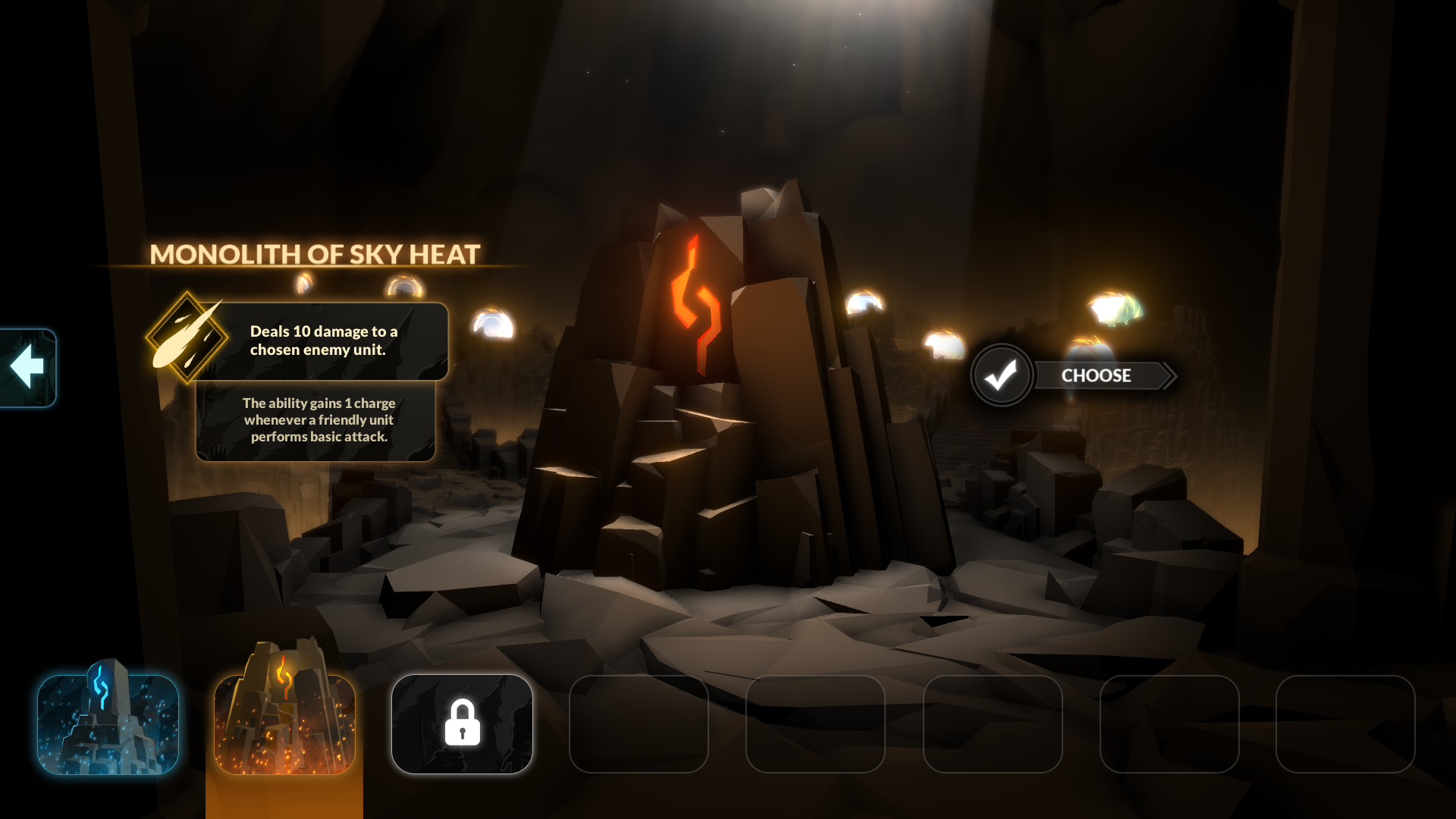 You choose a type of your shrine before the run, and it cannot be changed until the end.

The difference between those conditions make certain artifacts a better choice for the chosen shrine type. For example, the mentioned Monolith works well with Twins and other artifacts, which rely on basic attacks since their units land them more often and the divine skill charges faster. If you choose the Overgrown Obelisk as your shrine, its divine skill will gain charges for having damaged units on the battlefield. In this case, it is a great idea to pick the artifacts creating units with high health. 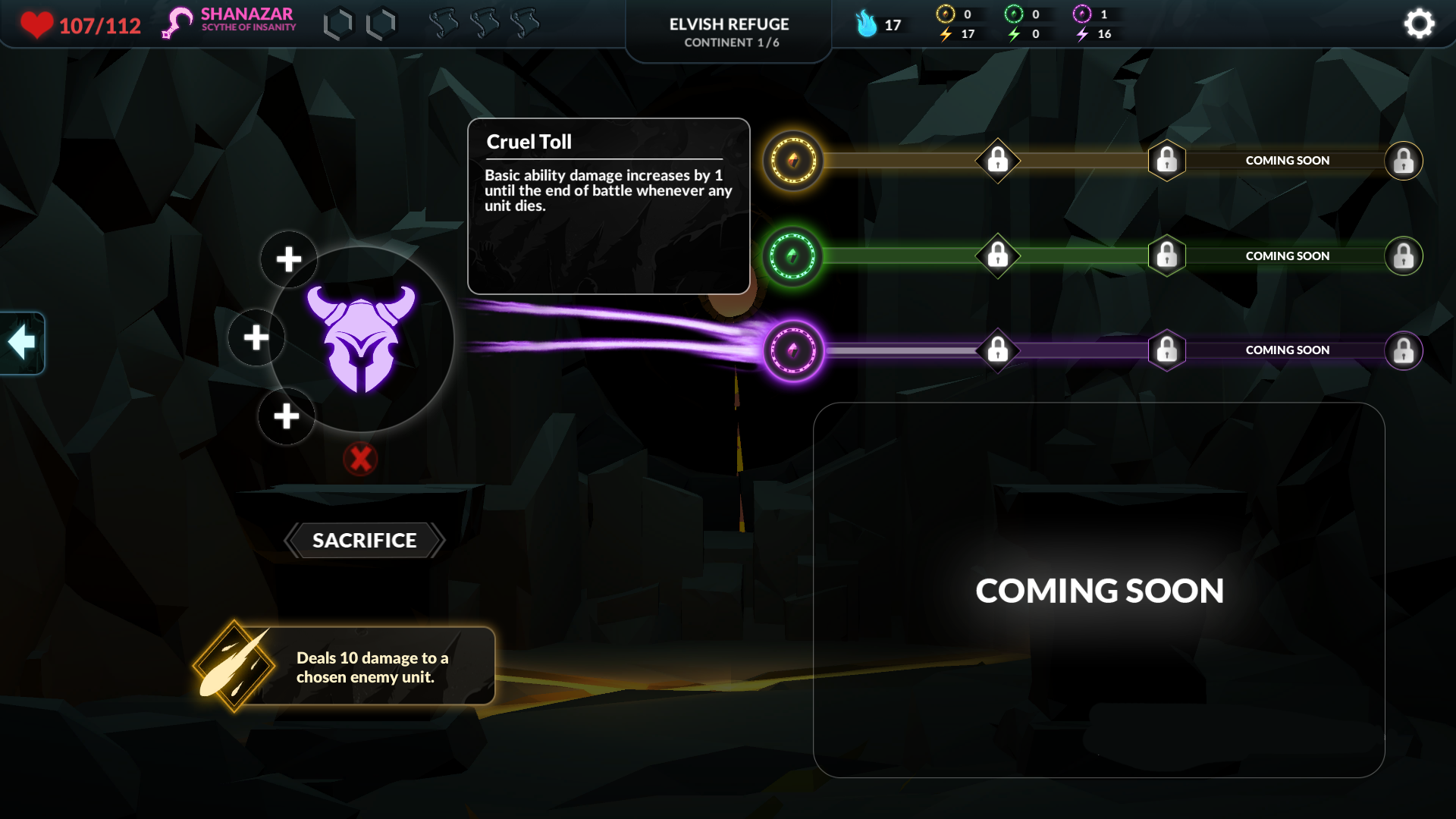 Sacrificing an artifact gives points towards the elements it consists of.

The best part about divine skills is that you can upgrade them by sacrificing artifacts in the Forge (you can finally put needless artifacts to good use!). Those upgrades are passive effects, which affect your divine skill until the end of the run. For example, you can make the Monolith’s meteor strike reduce attack damage of its target, create a healing crater, become stronger with each died unit, or hit a few hexes at once, or… in short, you can customize it any way you want.

That’s it for now. Thank you for reading! Stay tuned for more info about the game in the upcoming articles :)