In Godless you are a literal god but there are mortals and mystical creatures even stronger than you. How to deal with them? Let’s figure it out.

Hello everyone! In this devlog, I will talk bosses, the strongest foes you will be able to encounter in Godless.

Whenever you destroy all continents in a specific biome, you will have a chance to fight one of three bosses of this biome. These fights are not only a test of your power but also a test of your puzzle-solving abilities. Why is it so? Bosses’ strategies are quite complex and require thorough understanding of how to counter them. 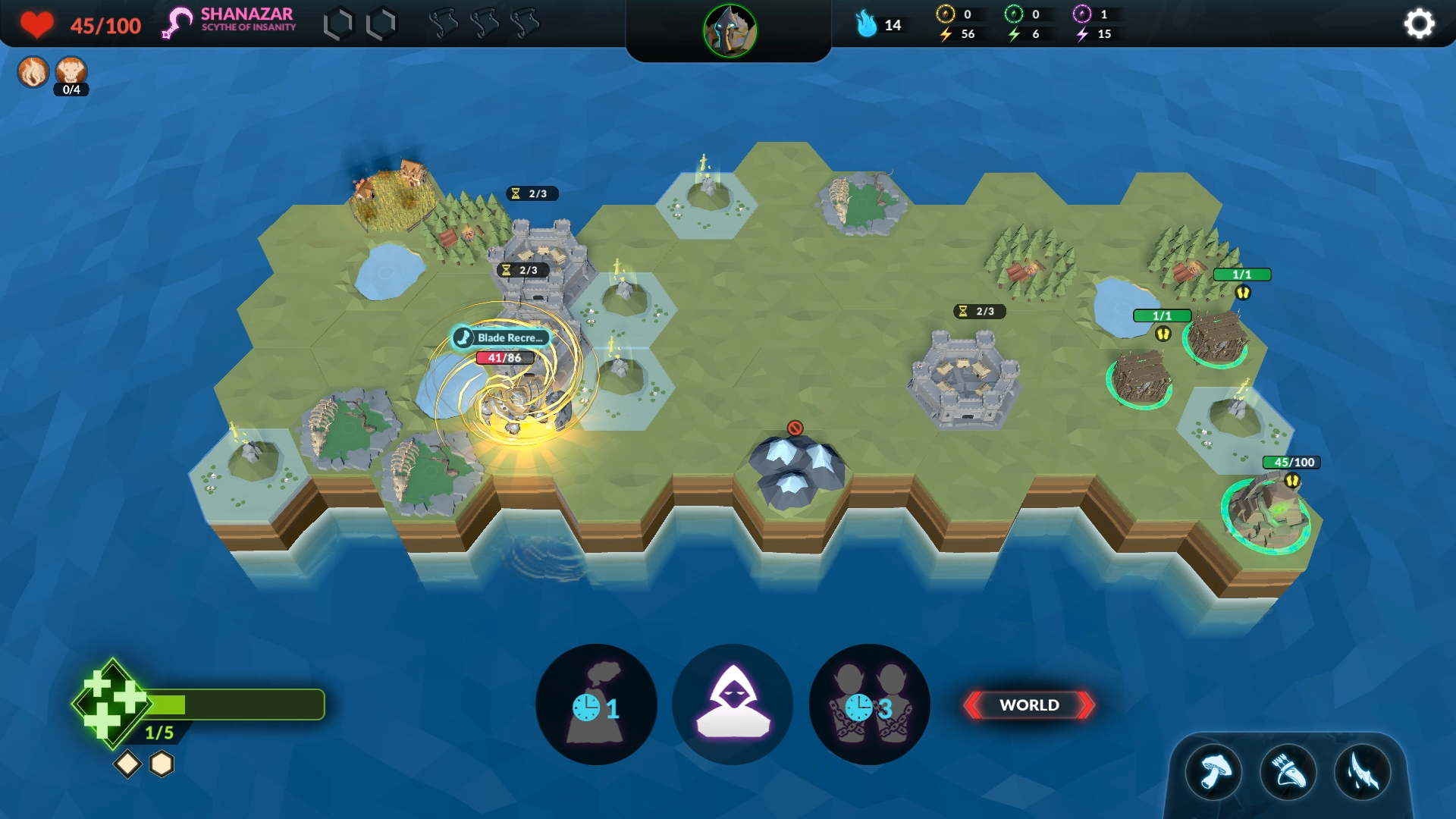 A boss of the first biome Talvius can reforge his blade to turn enemy squires into mighty knights.

For example, an undefeated knight Talvius becomes stronger near the magical lakes so it is a great idea to destroy them or make the boss avoid these areas. Also, Talvius can damage the shrine (your main building) whenever he attacks weak units, which makes it better to focus on summoning the big ones.

It’s crucial to put puzzle pieces of a counter strategy together in advance to prepare for a specific boss fight. However, it doesn’t mean you don’t stand a chance if your build won’t be adapted well against a boss. If you are strong enough and use abilities wisely, you will most likely succeed — though, maybe with greater losses. 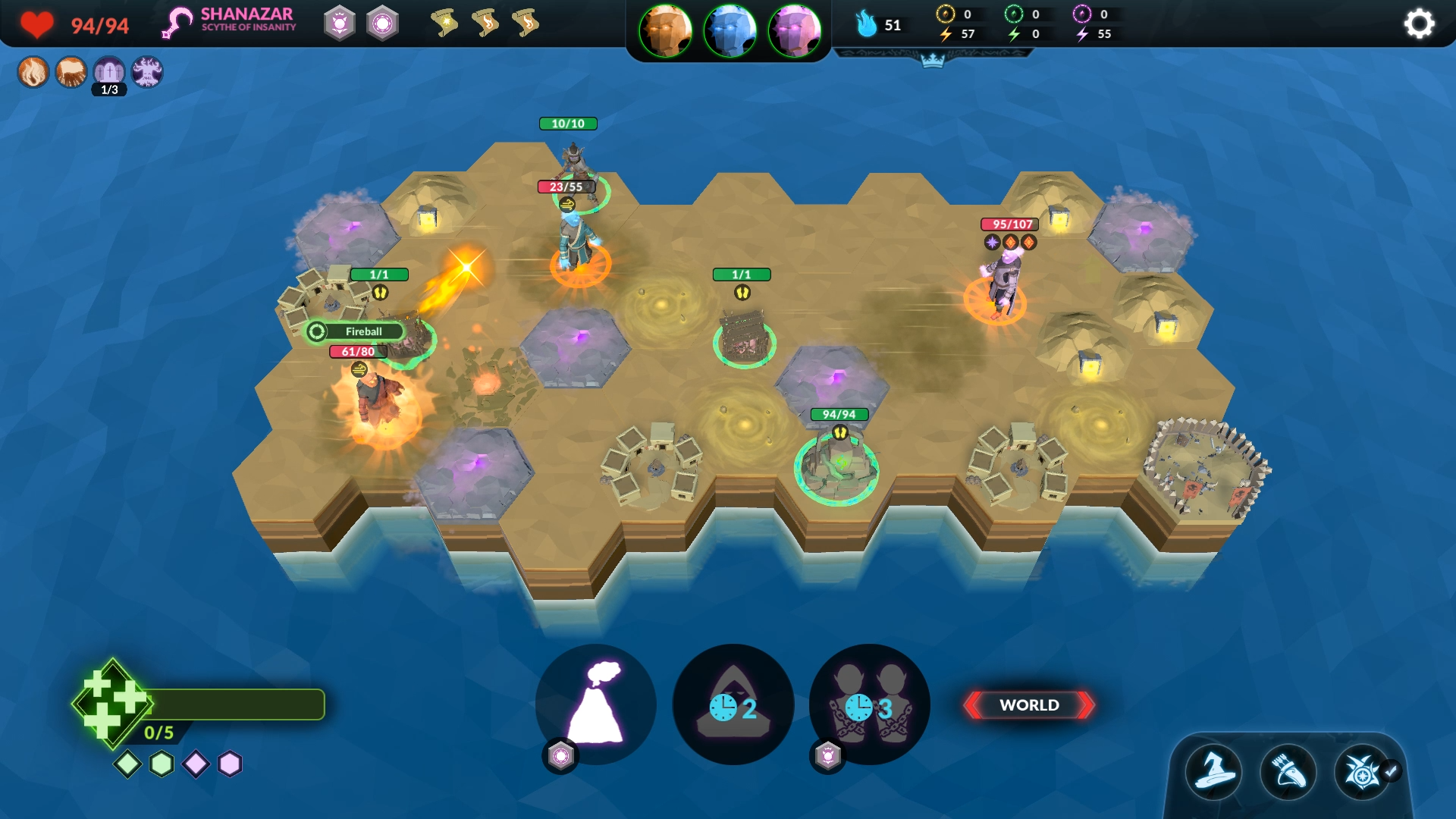 It’s important to kill elementals in the right order during a boss fight against Sons Of Elements.

I really wanted boss fights to be a story themselves. If you pay attention to boss phrases before the fight, everything they do in the battle will make sense. For example, Sons Of Elements are three brothers, who were the first beings on the planet. Two of them, Noxen and Galant, argue all the time — and Galant happily damages Noxen in the battle. You can help him or focus on killing Keelmire, the third brother, who honors Noxen and does his best to scorch your servants. 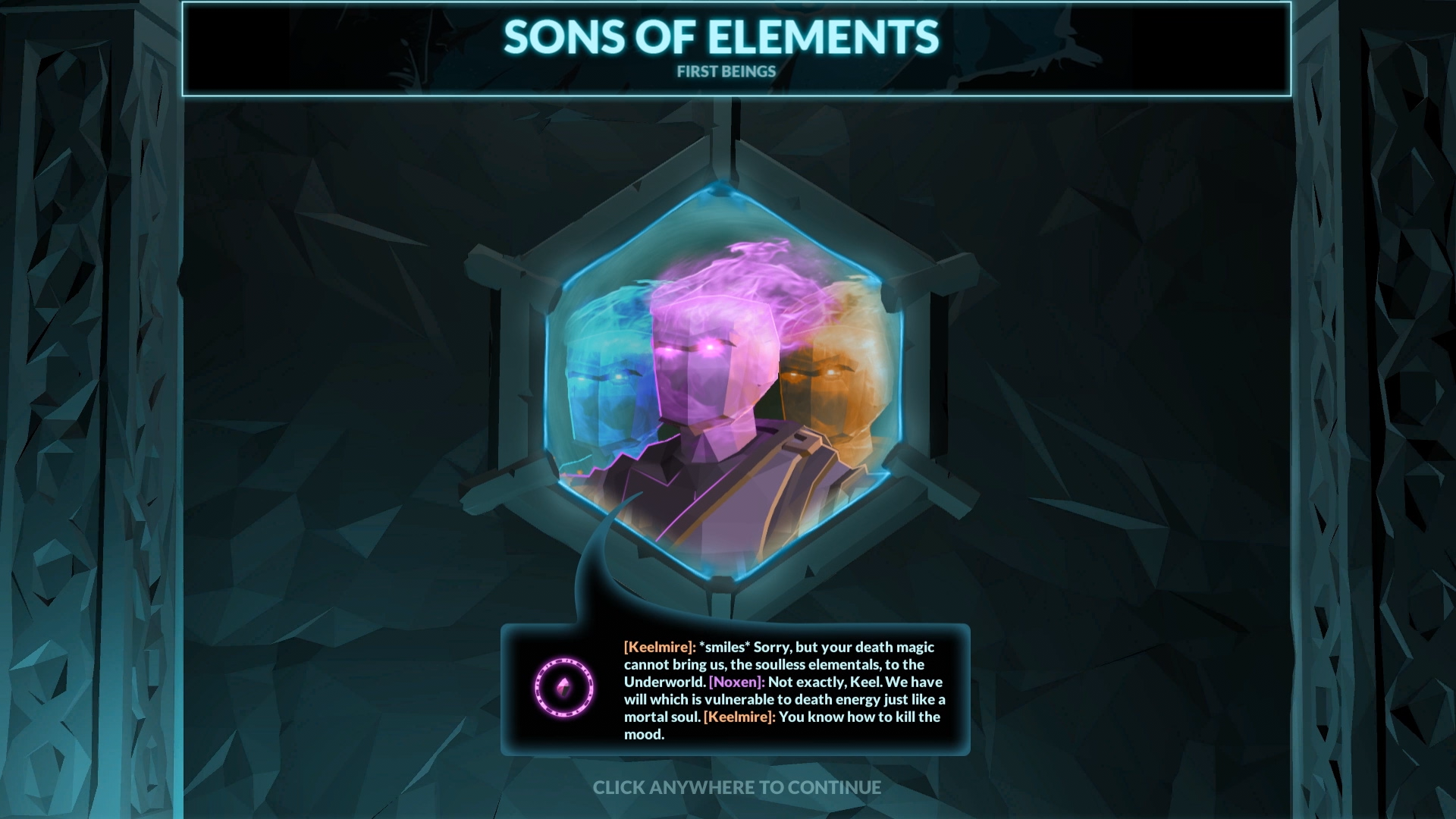 Sons Of Elements always talk to each other before the battle.

I’m planning to go further here and make boss-specific events between continents with unique choices and rewards (like passive powers or powerful one-time spells). The events will tell more about a boss’ backstory and give you a chance to adapt your strategy to an upcoming boss fight thanks to those prize passive powers or spells.

That’s it for now. Thank you for reading! Stay tuned for more info about the game in the upcoming articles :)