Talking what it's like to be a powerful god in a rogue-like strategy.

Hello everyone! I’ve decided to start the devlog to share my ideas and plans about Godless. In this post I’m going to explain how the game works and what it is about.

In Godless you play as the last god of a fantasy world where other gods were defeated by mortals. Now, after years of magical hibernation, you are awaken and craving for revenge. 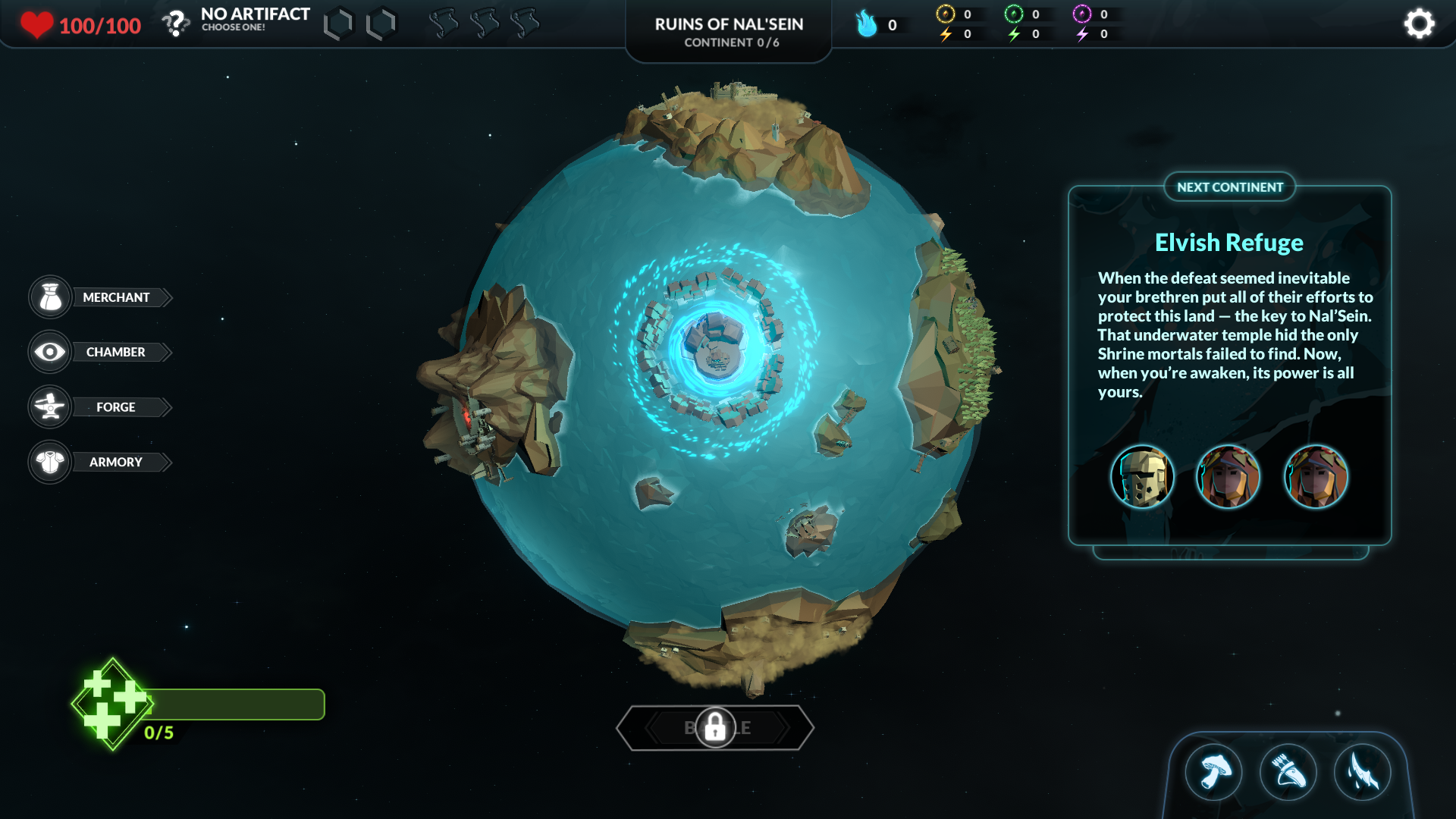 Godless is a turn-based strategy with rogue-like elements, which means the game is match-based. Each match you have the only goal — destroy all continents on the planet. The destruction is a turn-based battle where you have to defeat all mortal heroes in order to win and protect the shrine, source of your power. Once the shrine is destroyed you will lose and have to start over from the first continent (thanks to time magic). 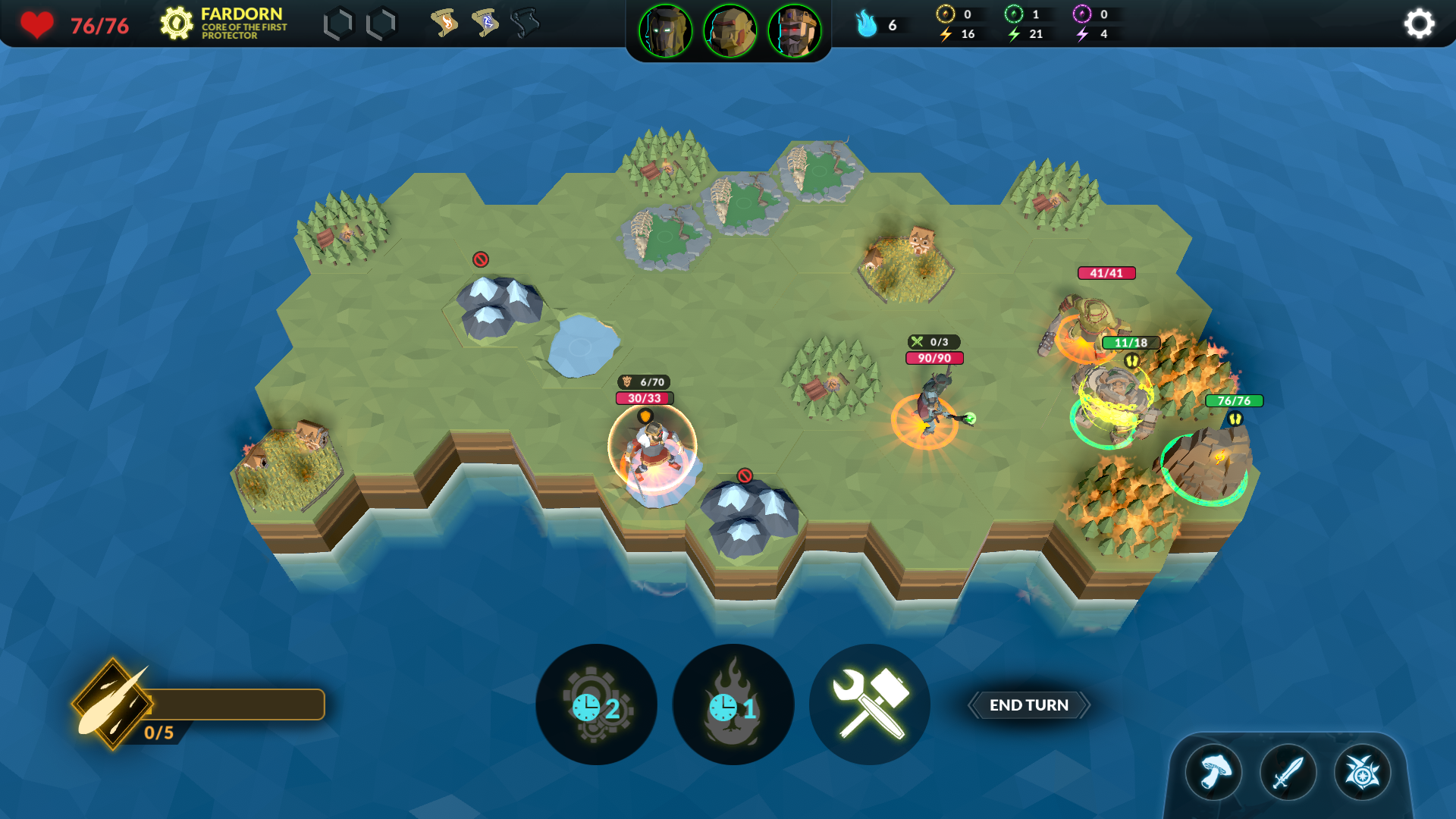 Battle structure is quite simple. Before the battle you pick an artifact, which grants you a few skills transforming landscape, summoning creatures and doing many other things. In the battle you use one skill each turn, then watch the world reacting to your actions.

Getting A Good Feel For Divinity

The genre of Godless is about stats, numbers and carefully considered decisions. I love all of these, but numbers/stats stuff doesn’t really support the idea of being a god of a fantasy world. But I wanted players to say they play as a powerful being watching from above by gameplay mechanics. Then, I came up with the idea how to combine the «game about stats» with the «game about being a fantasy god». The idea was indirect control over units. 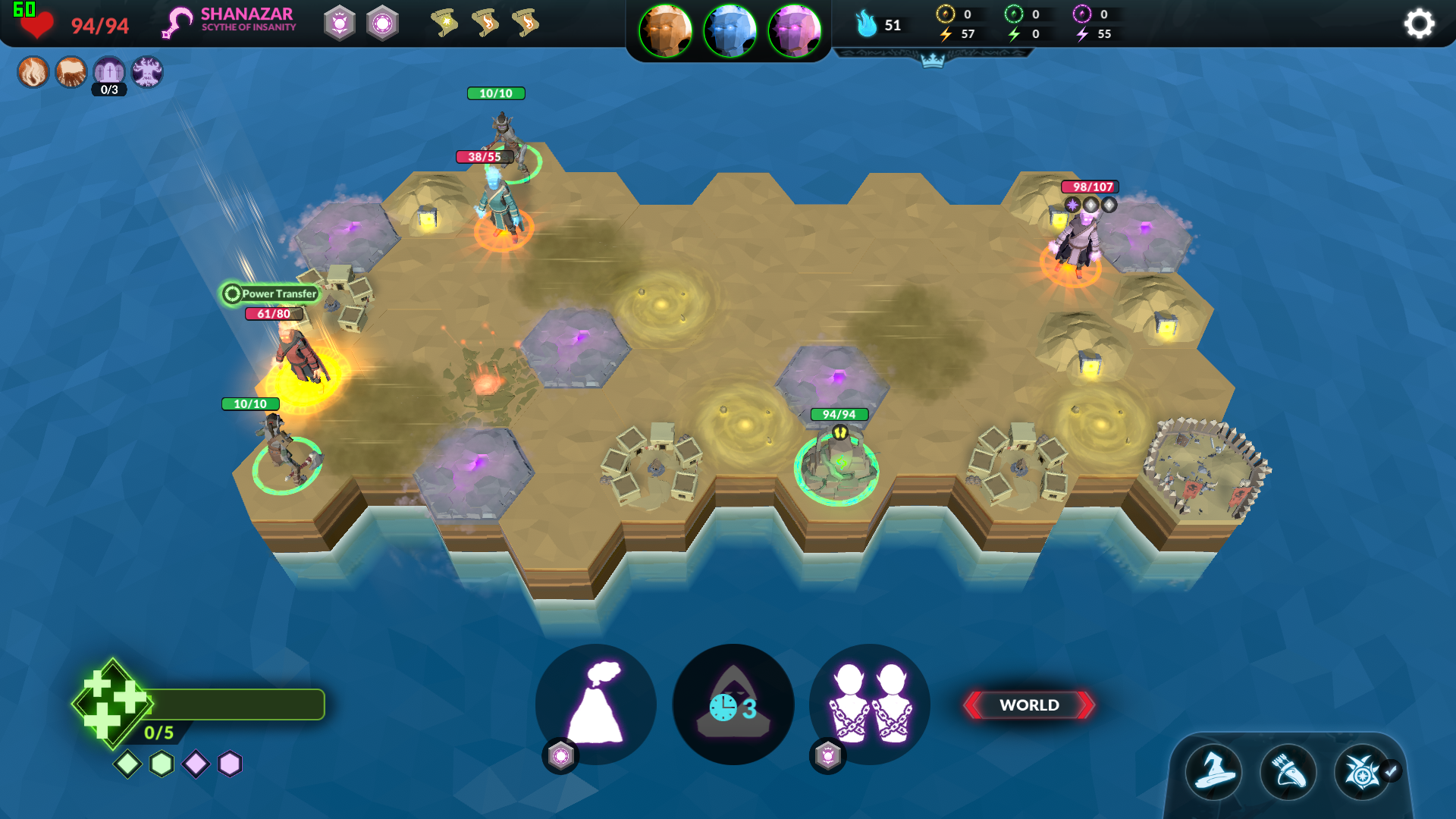 To put it simple, in battles you cannot control units directly and they act on their own. However, it doesn’t mean you cannot control them completely. You can affect their behavior by setting up environment around them. Create a volcano near that enemy knight and he will have to avoid the obstacle spending a few extra turns on it. Or burn down a forest with a fiery tornado so the enemy mage won’t consume energy from it. In other words, you set up an advantageous environment for allies and disadvantageous for enemies without telling each single unit what to do. You are not a puppeteer but a god, after all.

What do you think about the concept of Godless? Do you have any questions or suggestions? Let me know!

Thank you for reading! Stay tuned for more info about the game in the upcoming articles :)