Work has begun on the new engine! Take a look at this week's progress.

As I stated in last weeks journal, War of the Voxels is undergoing a revamp.
After some research, I decided to go with Dual Contouring, a technique that is generally associated with this wonderful voxel engine:

Here's a screenshot of what I've accomplished so far: 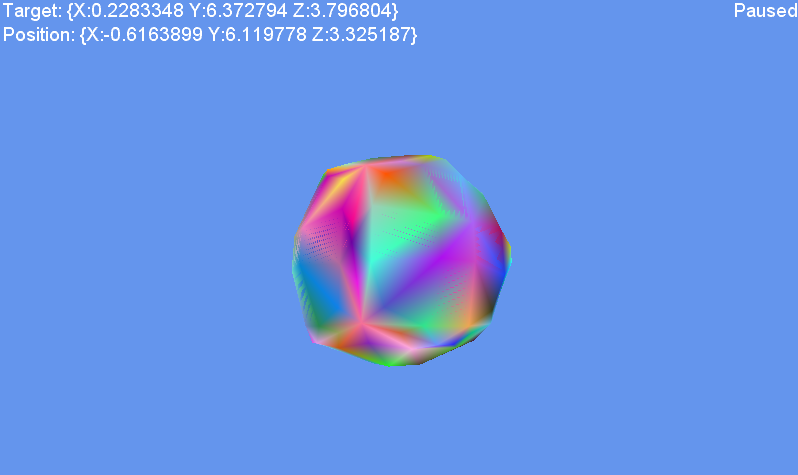 I know what you're thinking:

That looks really bad...what is it even supposed to be?

But allow me to explain what it is!
What you see in the picture is a sphere, created by using an algorithm I mentioned above called Dual Contouring. What Dual Contouring let's me do is create that spherical mesh from a 3D grid of cubes. Basically, I've applied a smoothing algorithm to the blocks to create that sphere. You may, however, be thinking:

But remember, this is a close up shot, and the sphere is only composed of ~3x3x3=27 cubes. To make it look more spherical, all that needs to be done is to bump up the "resolution" (how many cubes make up the sphere).

However, I will admit that it looks...peculiar.
The reason why it's so "colorful" is because I haven't added lighting yet, and so to better see the shape of the object, I generated a random color for each vertex of the sphere. You may also notice the z-fighting in the screenshot; this is because Dual Contouring often produces polygons that intersect. 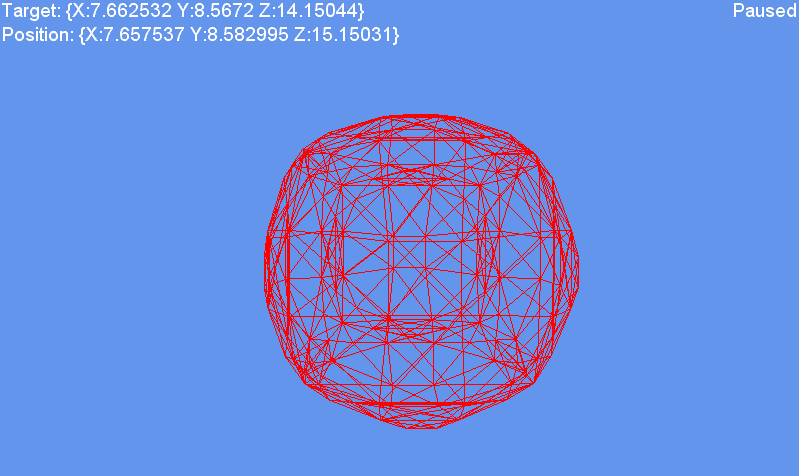 nice, will this engine be the one for war of the voxels now? probably would be awsome if

Yes, we're planning to replace the current rendering engine of War of the Voxels with this one.