Lead Writer Joao Beraldo talks about the main faction in Shadow Heroes: Vengeance in flames. The Republic of Three Towers

The Republic of Three Towers

Stories have themes. It may not be very clear, but they are there, sometimes discreet, sometimes pretty obvious. You can often define a theme by a simple sentence, one that most often than not speaks about conflict. After all, what is a story without conflict?

The first conflict that became clear while building Hendrika was Magic vs. Technology. It’s certainly not a new theme, though it’s often dressed in some way, like Religion vs. Science or Alchemists vs. Mechanics, etc. Hendrika screamed for this conflict, so why deny it the satisfaction?

What most works of fiction (and games have some blame in it) often do is not explore this conflict more in-depth. How does this conflict affect the lives of people from kings to peasants? How does it mix with the economy?

The Republic of Three Towers came to be as the militaristic anti-magic nation of Hendrika. They didn’t trust magic and were pretty aggressive about it. The easy way here would be to also make them the scientific-inclined nation, creators of awesome machines that would go face to face against wizards from other nations. 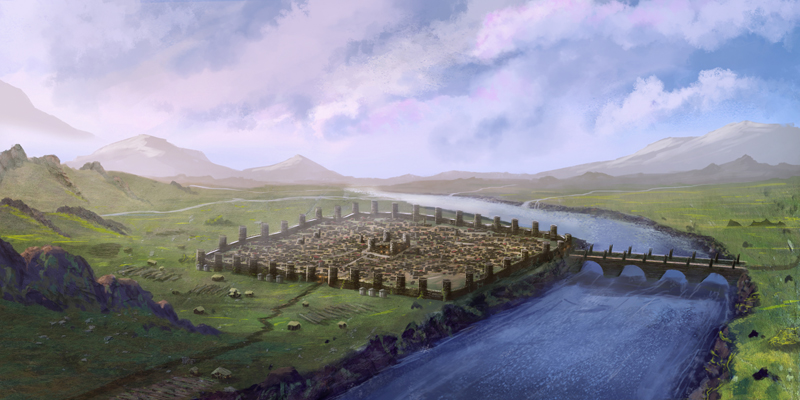 There were, though, a few things to consider:

So, we have an anti-magic nation ruled by the military who keep harsh control over the land’s few resources. How do these people see magic and ändras? What laws exist to regulate the few resources available and the use of magic? What of the birth of ändras?

Twist number one: name the nation for it’s most well-known feature: the three remaining towers of the Great Northern Line, build by sorcerers. Two, make it a land with a high incidence of ändras birth (possibly also due to the three towers).

Would a spartan society execute every ändras born in their land, especially if that was a rather common incident? Well, Major General Vibeke Meier wouldn’t. Ändras are the main workforce of the Republic, indentured for life, treated as dangerous but essential property. A plethora of conflicts grew out of that simple aspect. Are ändras humans? Do we trust them to maintain our economy? How do other nations react to ändras slavery? How would you see ändras if you were born in the Republic?

Ah, now THAT is an interesting story to explore! If you were born hearing stories about what magic and demons did to your land, would you trust an ändras? Would you treat it as human?

Let’s say every nation has it’s own view of how ändras should be treated, how magic should be handled. Old prejudice runs deep in Hendrika and conflict is the engine that makes nations move. Talking about conflict...